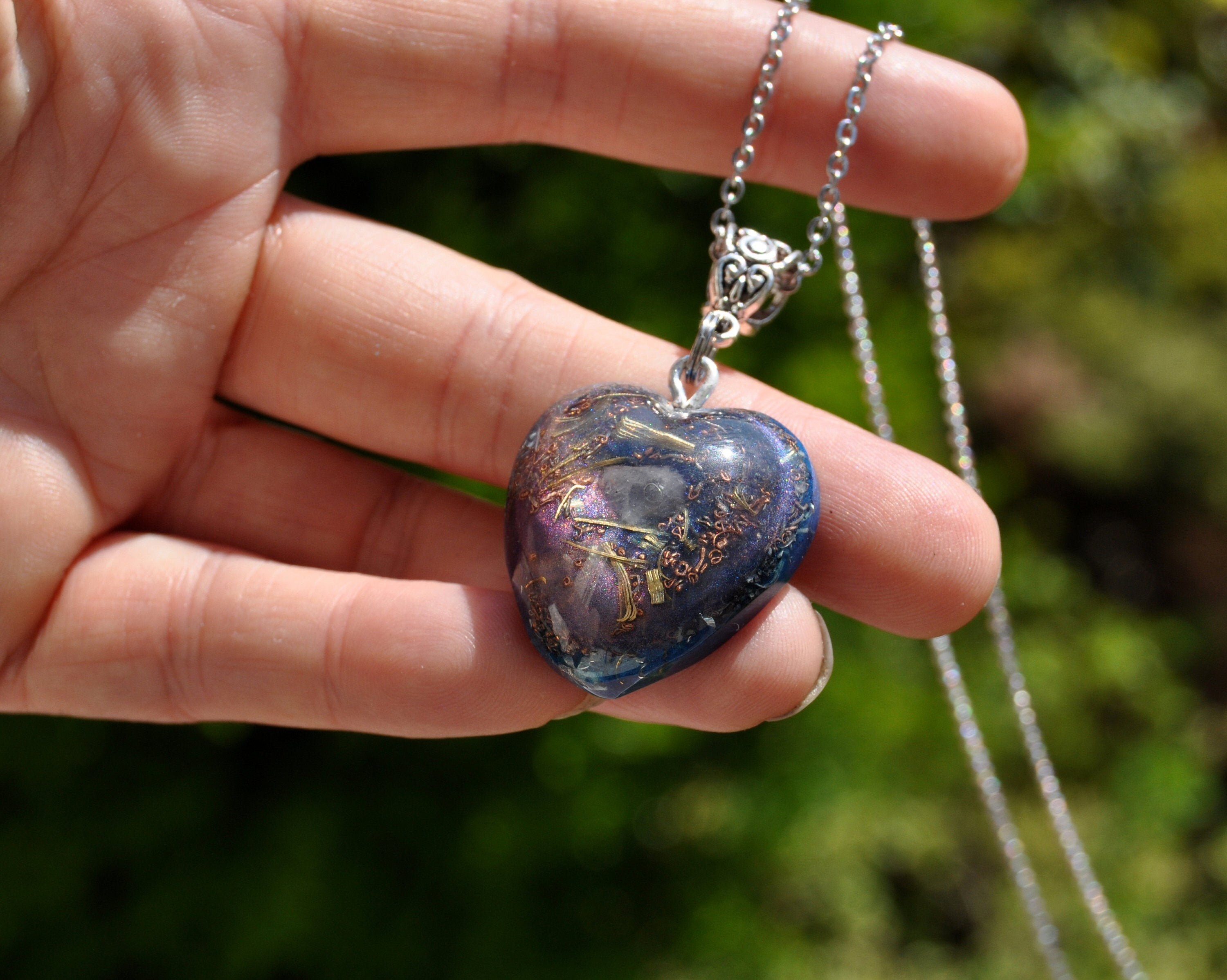 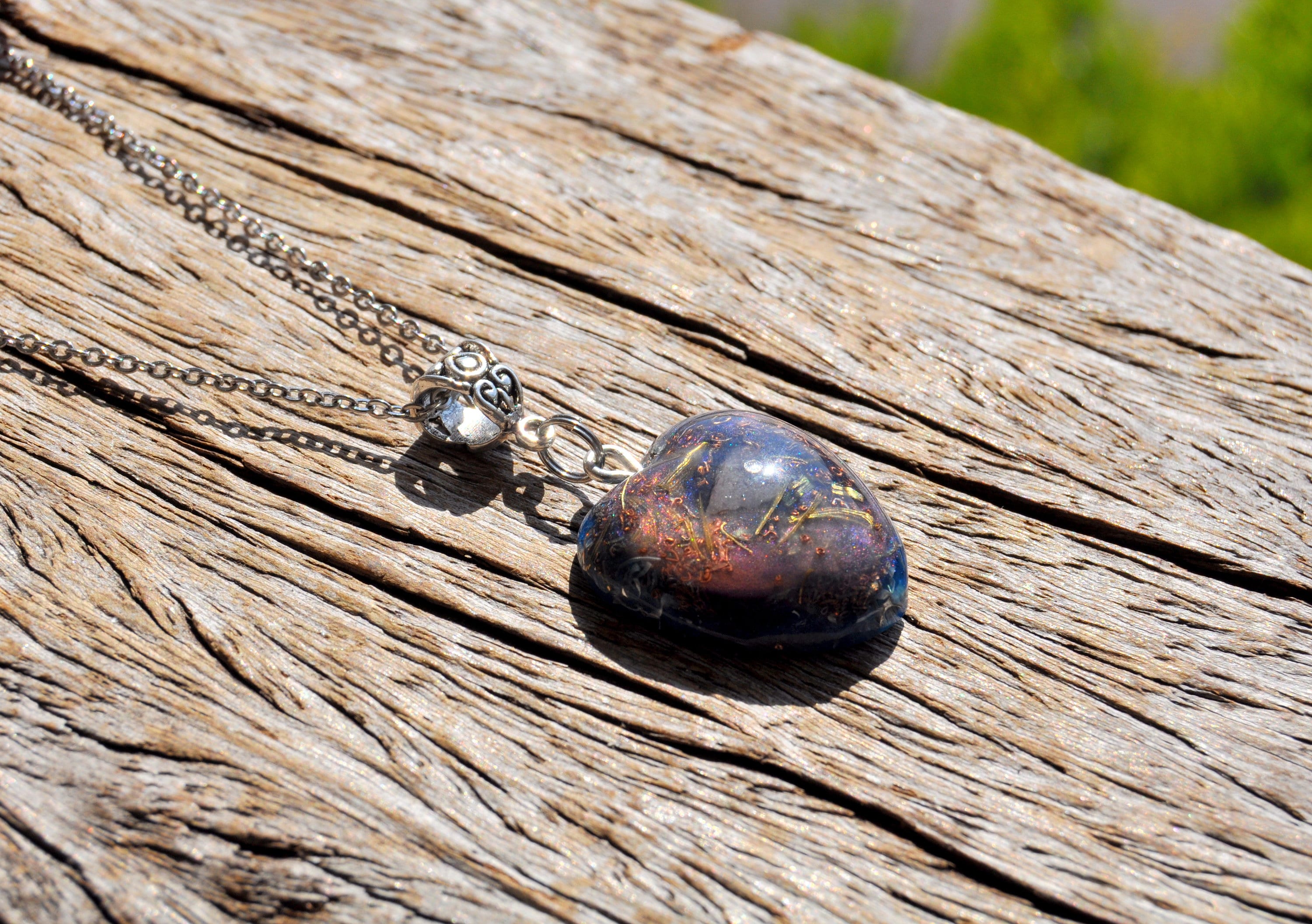 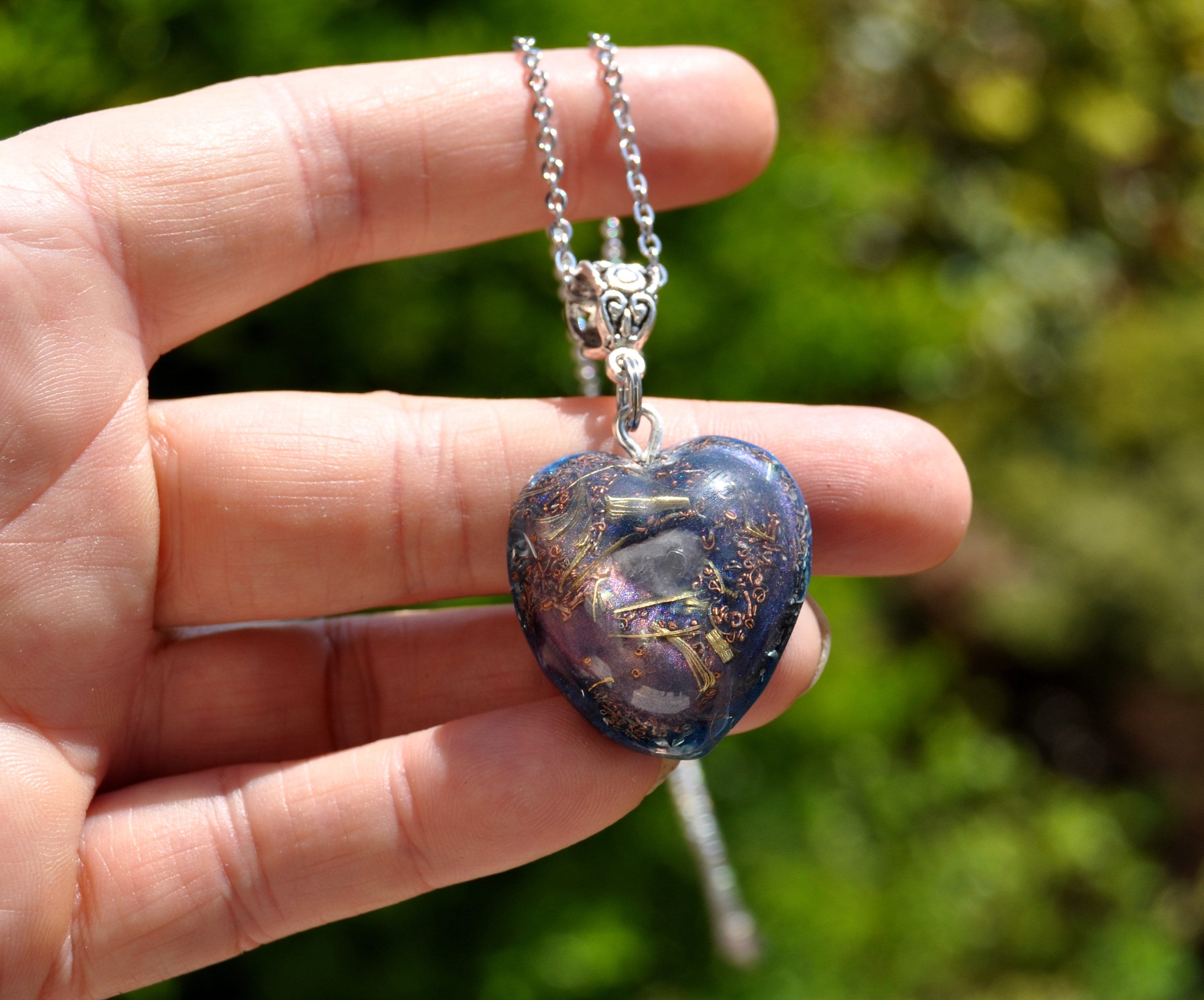 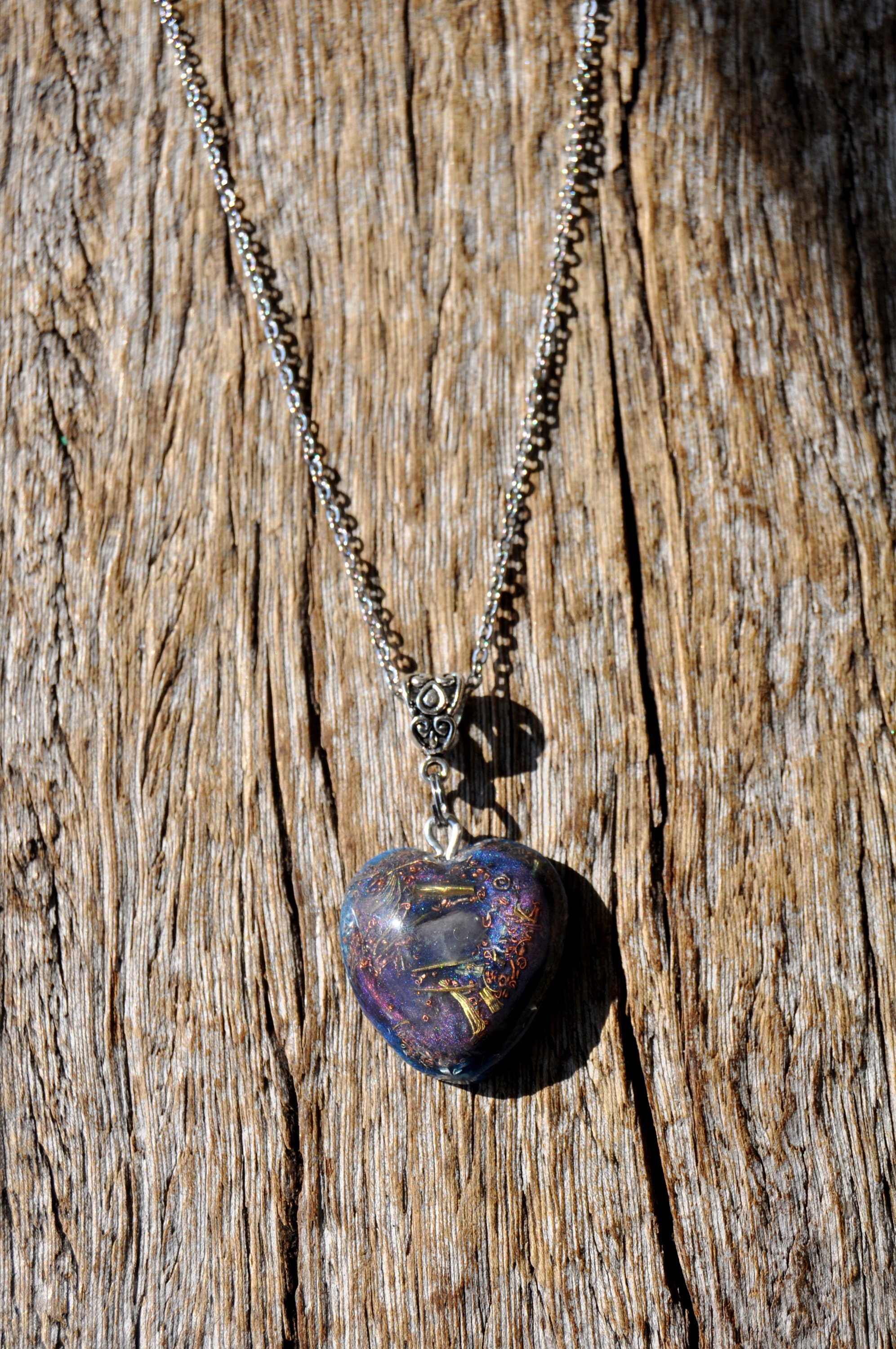 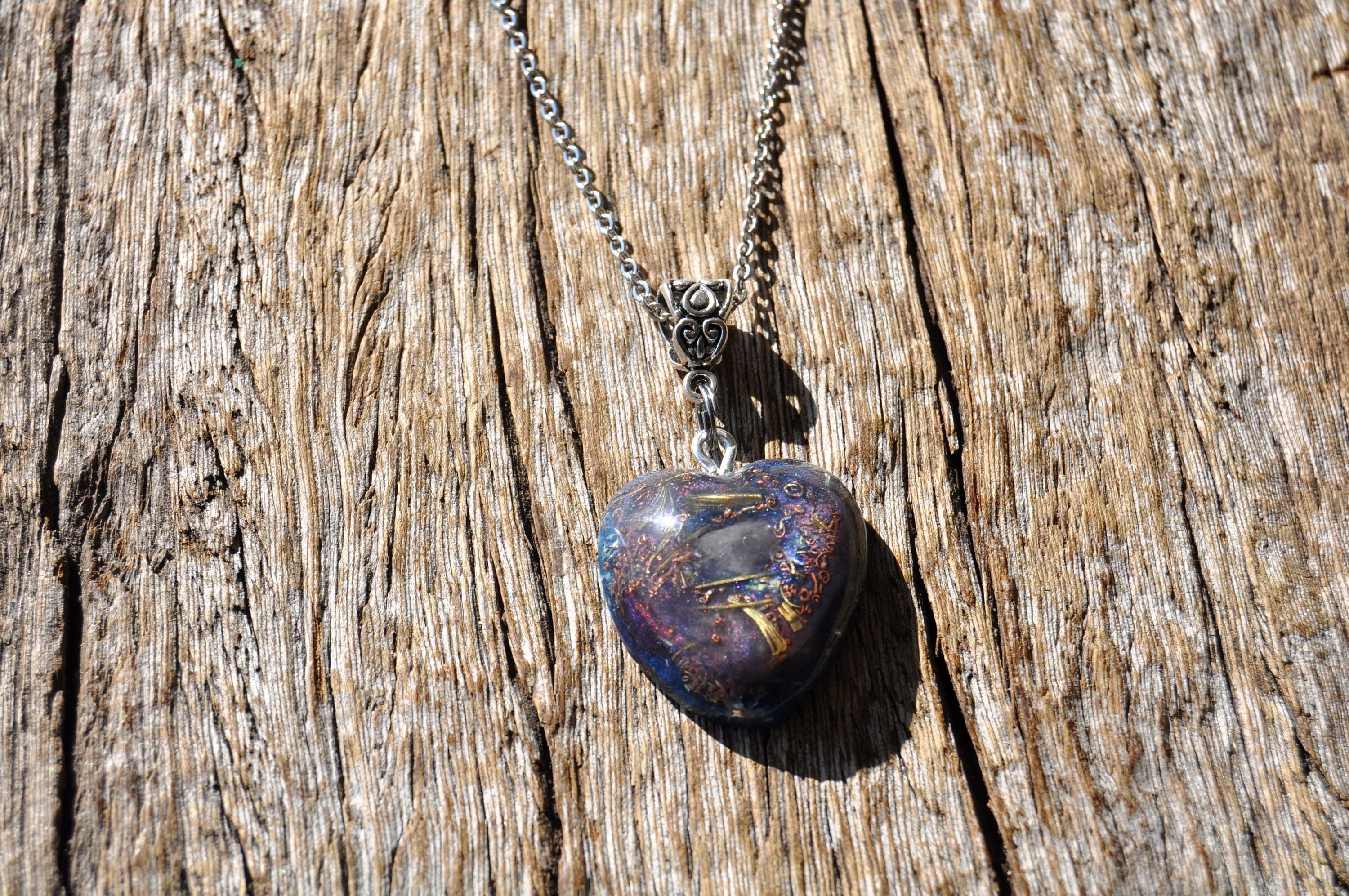 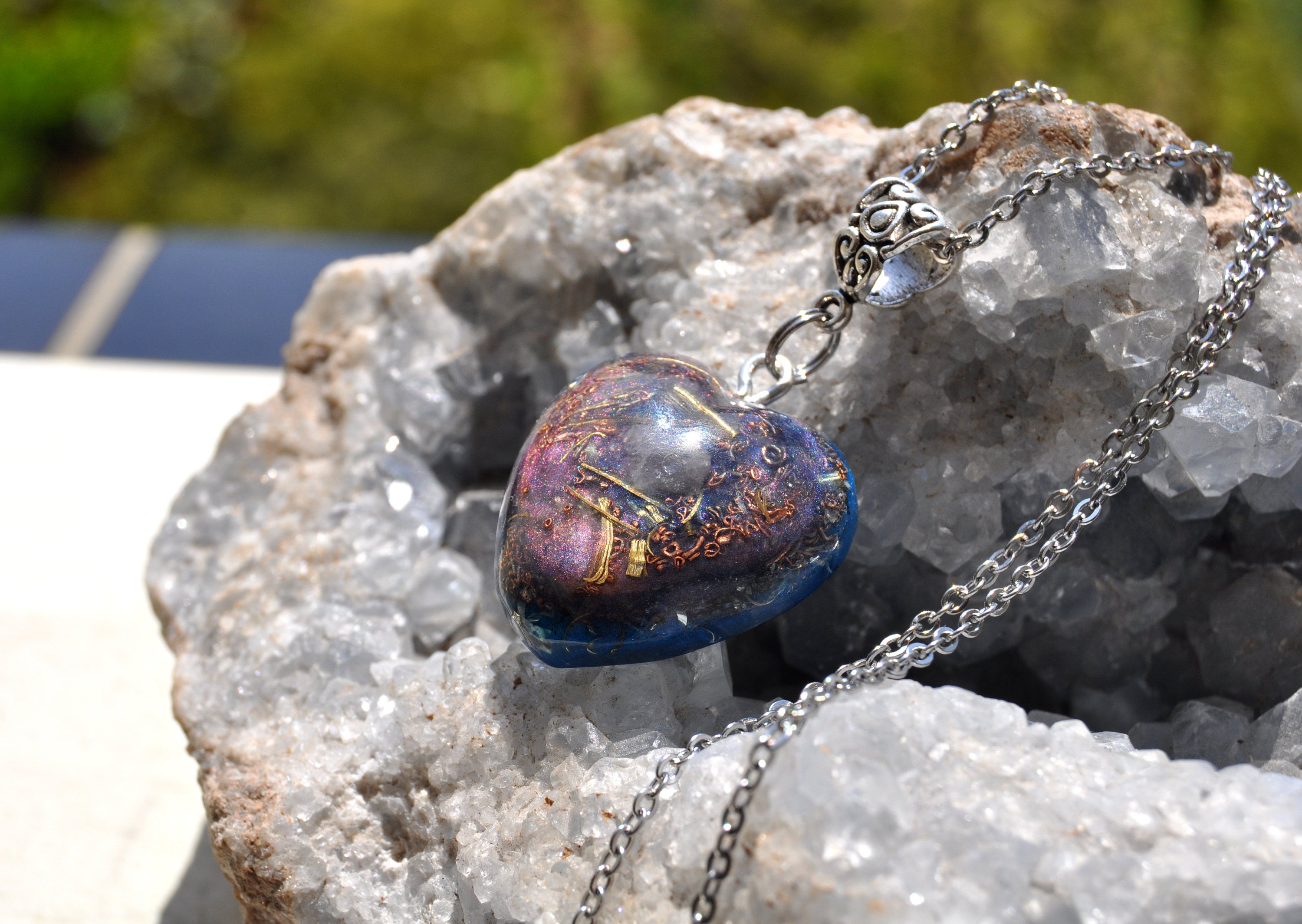 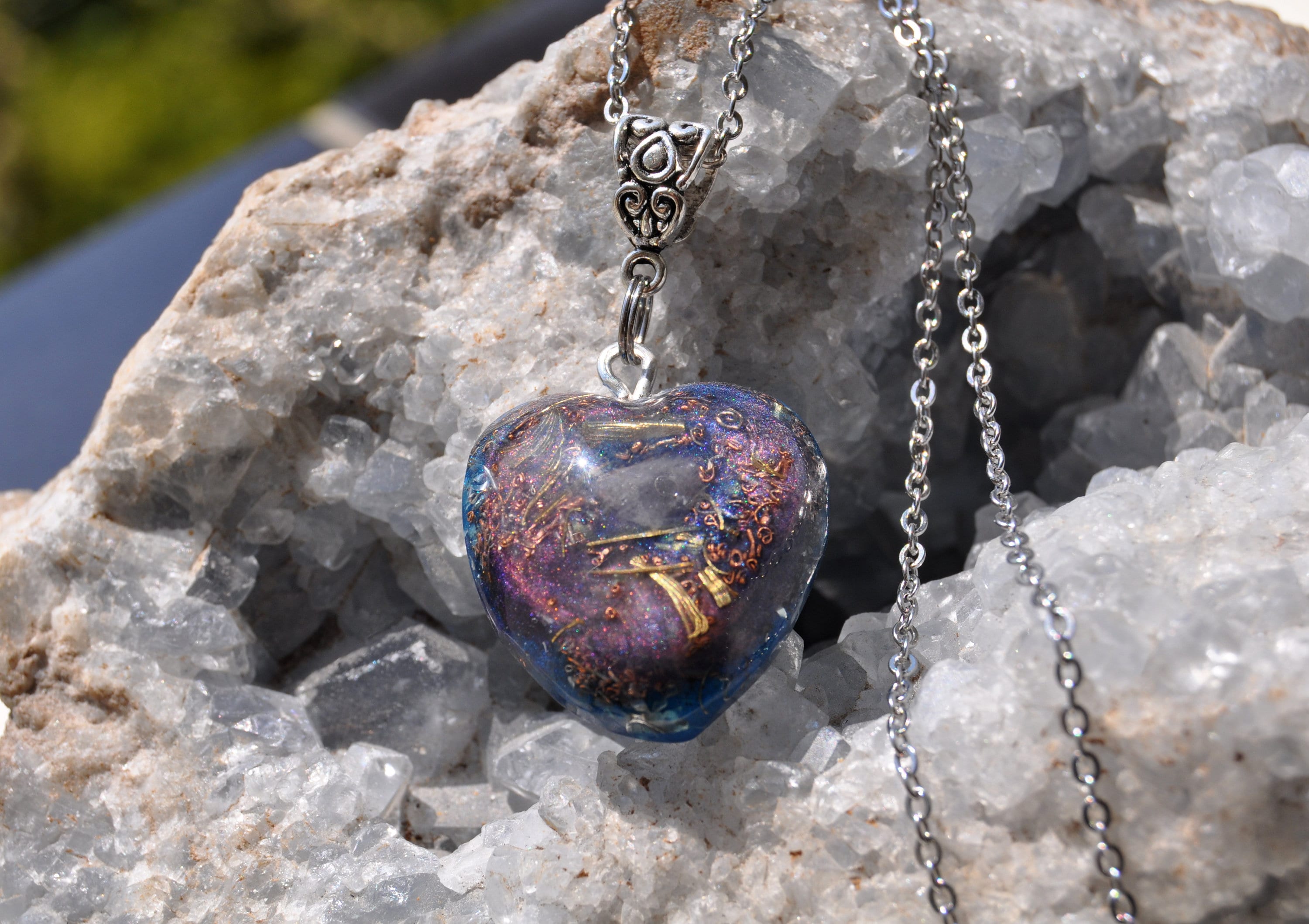 This lovely heart shaped Orgonite® pendant contains brass, aluminium, copper and bronze shavings. The main stone is a lovely blue Tourmaline crystal which you can see in the middle. It also consists of clear quartz, black Tourmaline and Selenite all within an organic resin setting.

It comes on a stainless steel 50 cm / 20 inches necklace with lobster clasp closing.