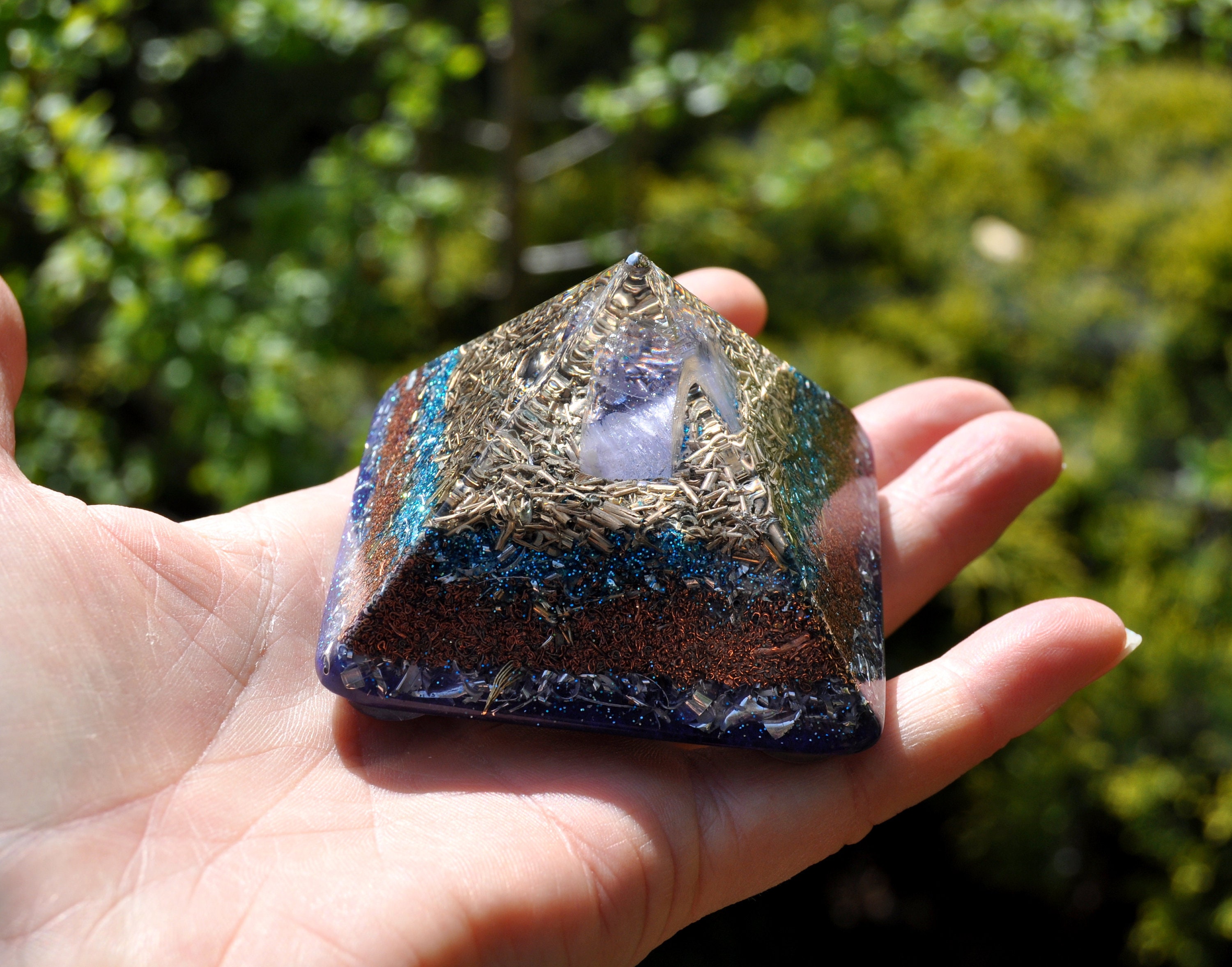 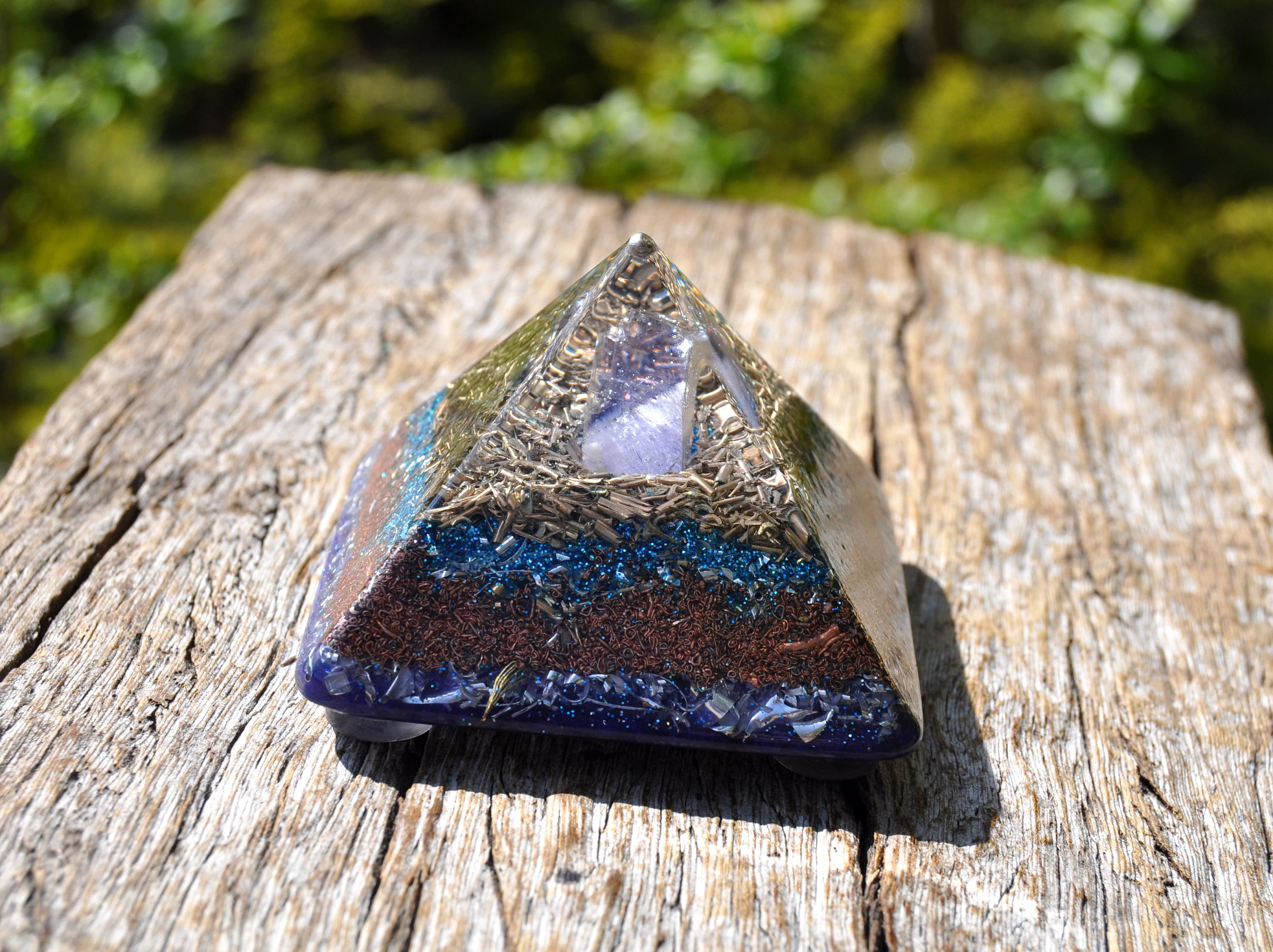 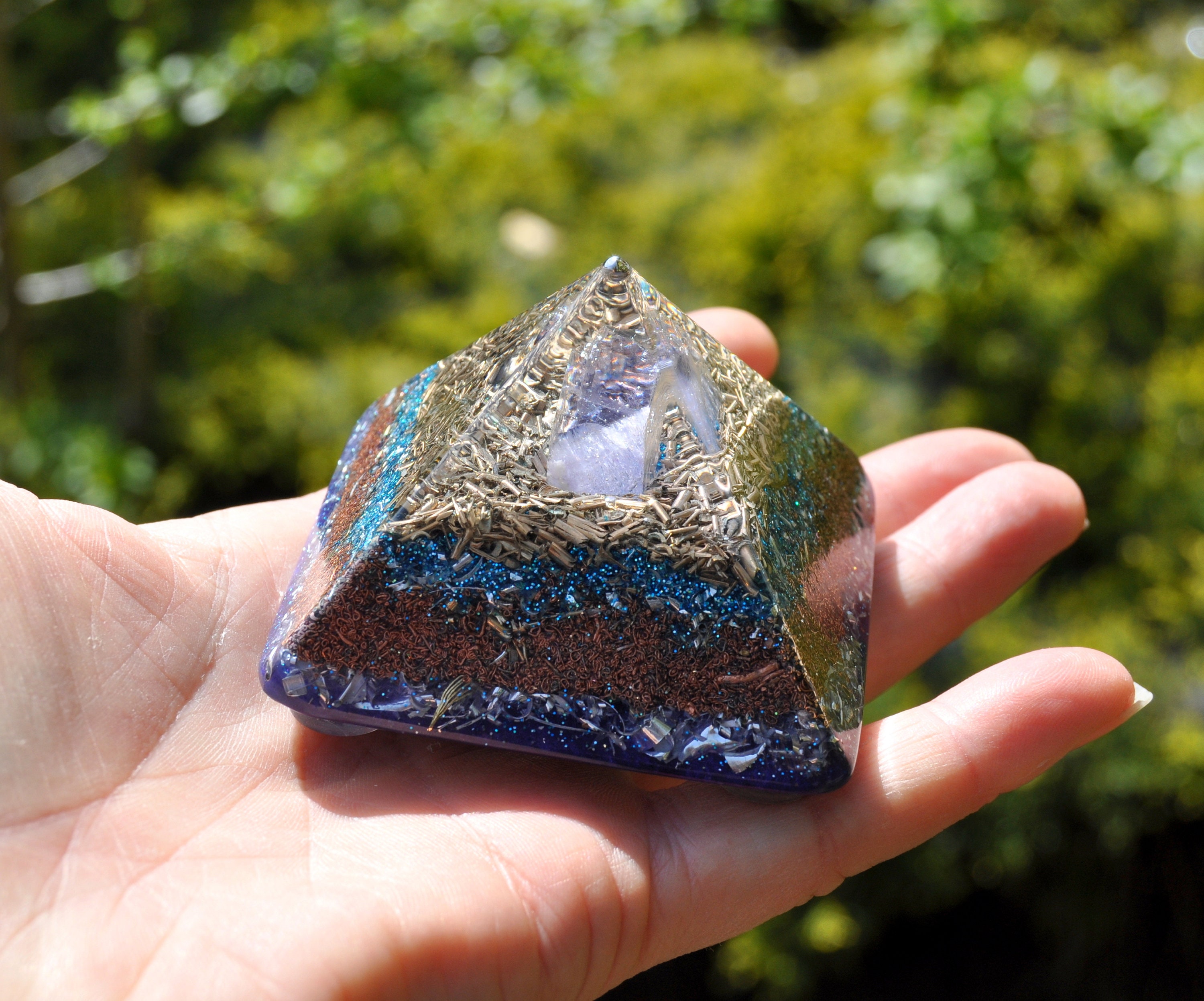 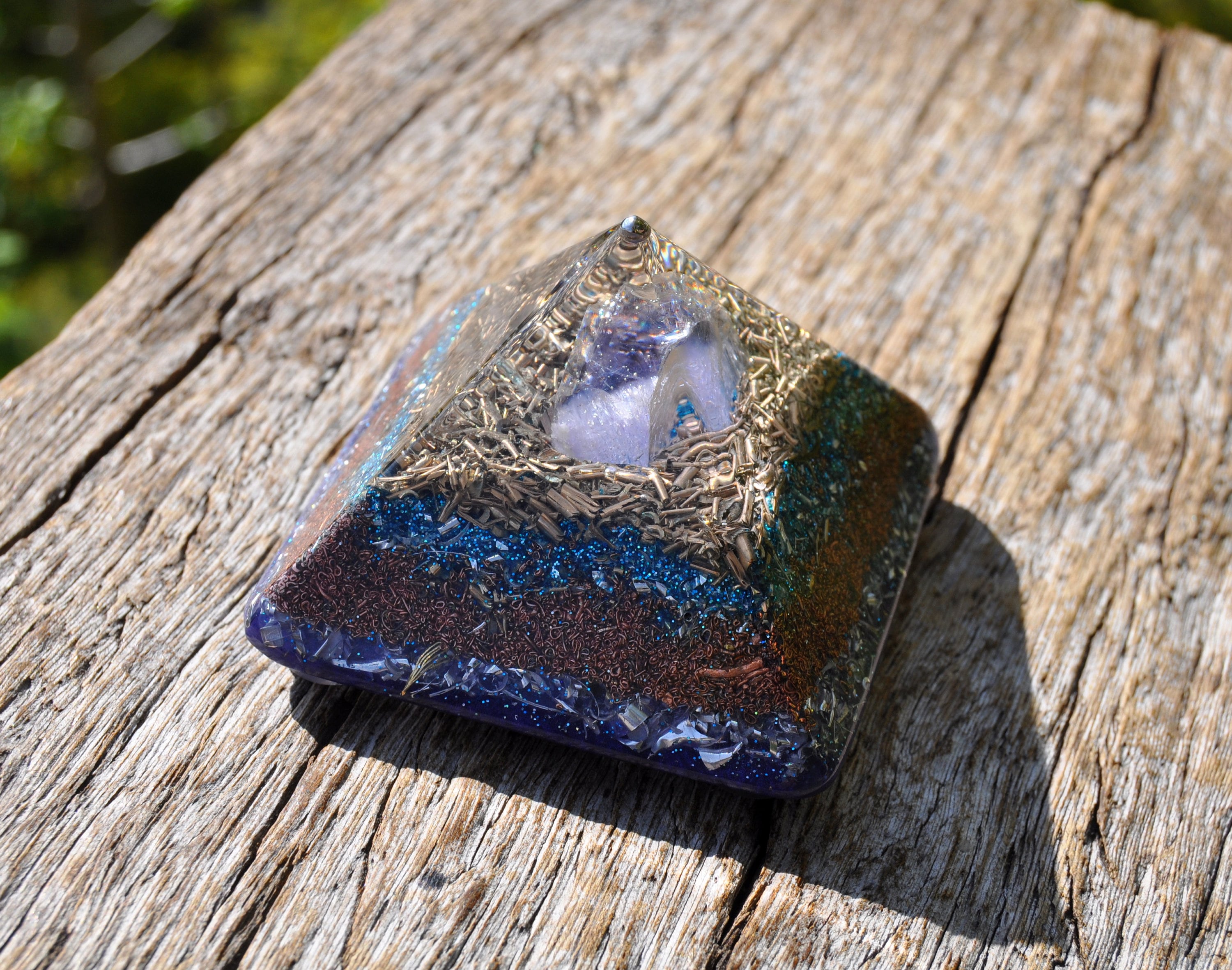 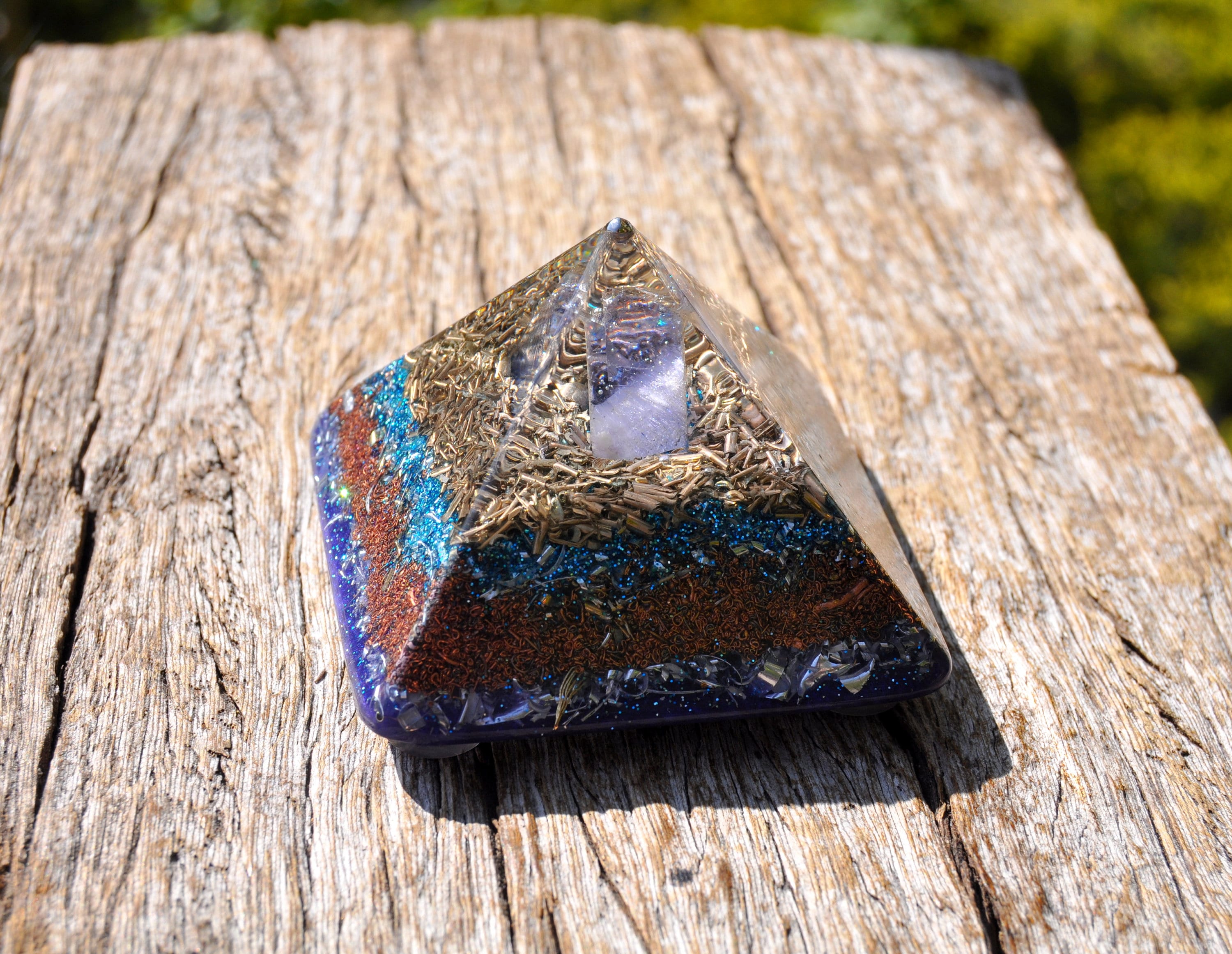 This is a unique Orgonite® pyramid with the original shape of the actual Giza pyramid in Egypt. It has an lovely blue Fluorite crystal in the top.

It is made out of durable resin (so not epoxy resin which doesnt really shrink) to ensure optimal shrinkage and pressure on the quartz to create the most piezo electric effect.

Fluorite protects, cleans and stabilizes. It absorbs negative energy from the energy field and thus protects against negative energy, radiation from, for example, mobile phones and computers and other negative external influences. In addition, it clears the aura of attachments in the form of entities or energetic lines with people who are not good for you. Fluorite also clears the head and reduces mental noise. It improves concentration, memory, information processing and knowledge integration and is therefore an excellent stone for study, exams and learning disabilities such as dyslexia. It balances the mind and reduces stress, anxiety, tension and helps break mental and creative blocks. Because it sharpens the mind and inhibits the flow of thoughts, it is also a good stone to support meditation. Physically, fluorite has a detoxifying, analgesic, anti-inflammatory and antiviral effect. It has a positive effect on the immune system, cholesterol levels, infections, food intolerances, shingles, bones, osteoporosis, teeth, joints, arthritis, osteoarthritis, rheumatism, gout, mucous membranes, bronchitis, colds, flu, pneumonia, dizziness, skin, nerves and nerve pain.


The color can fade under the influence of bright sunlight.