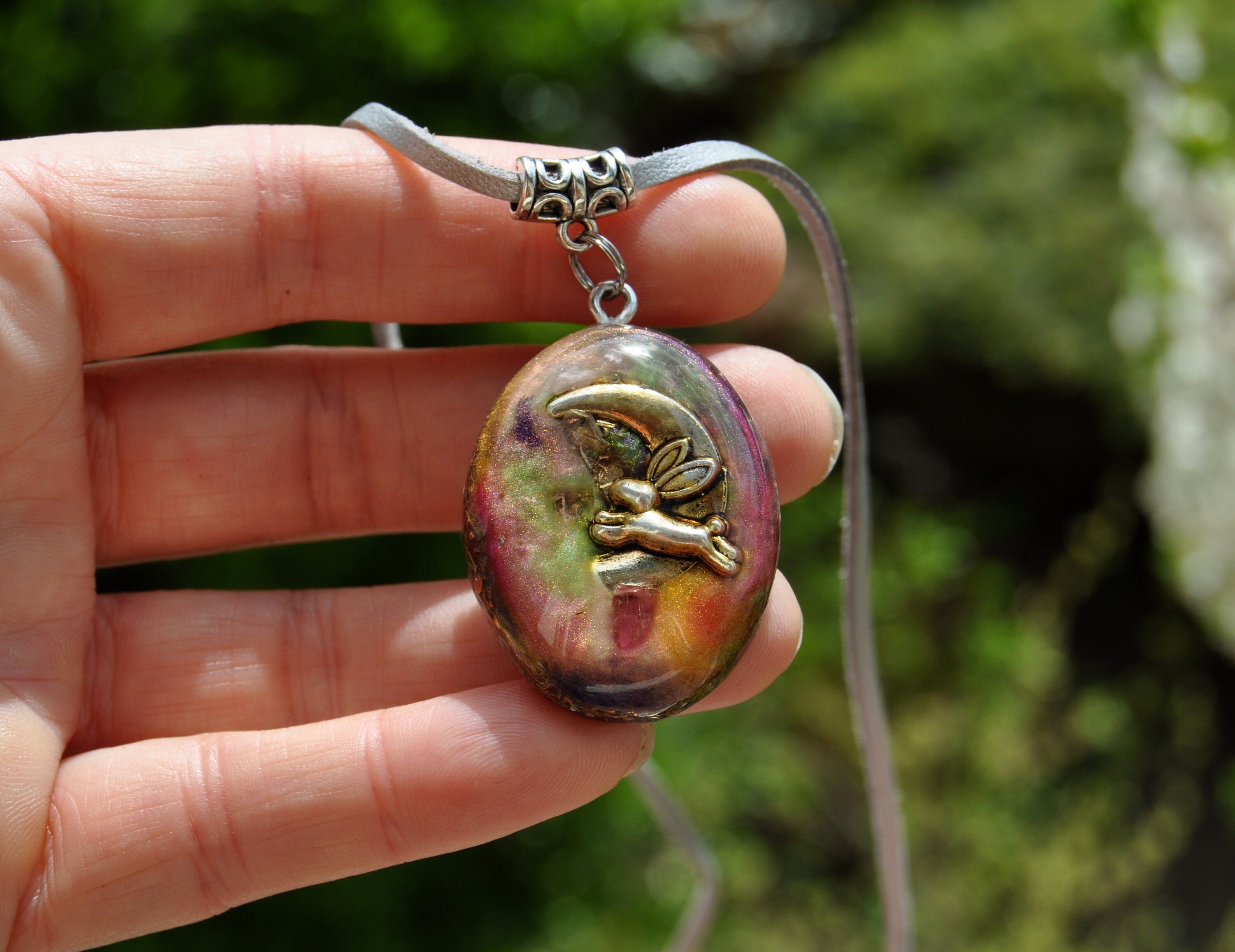 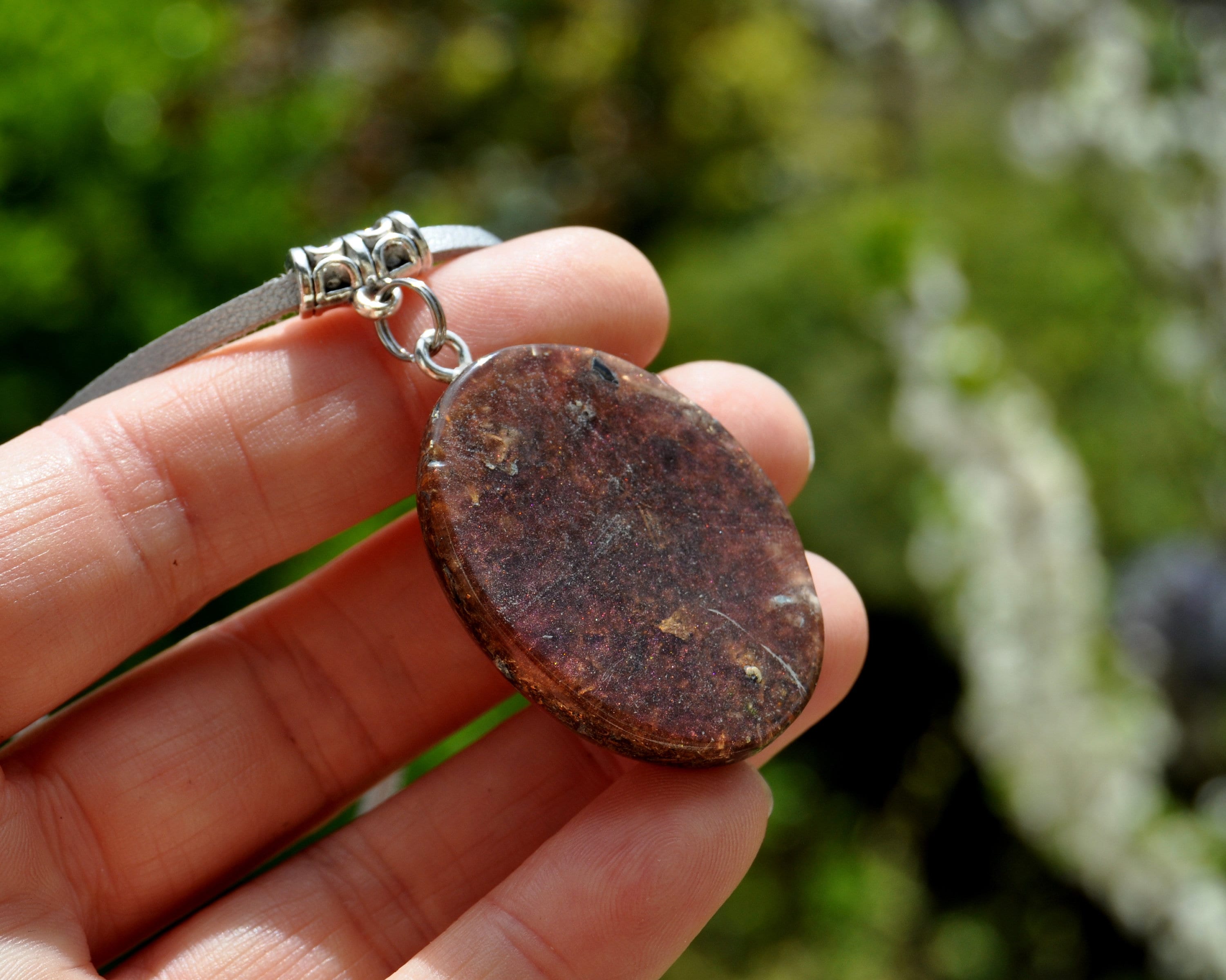 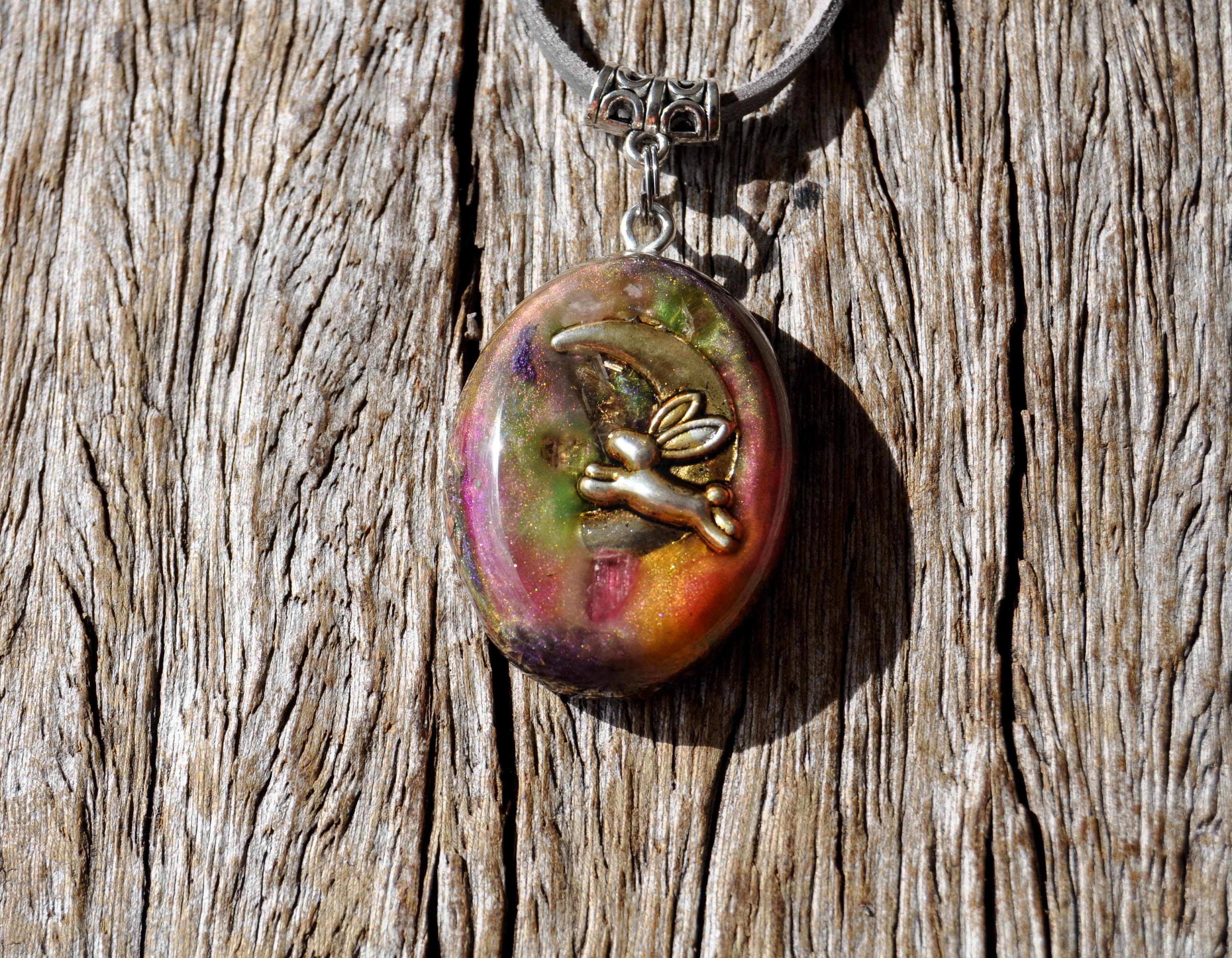 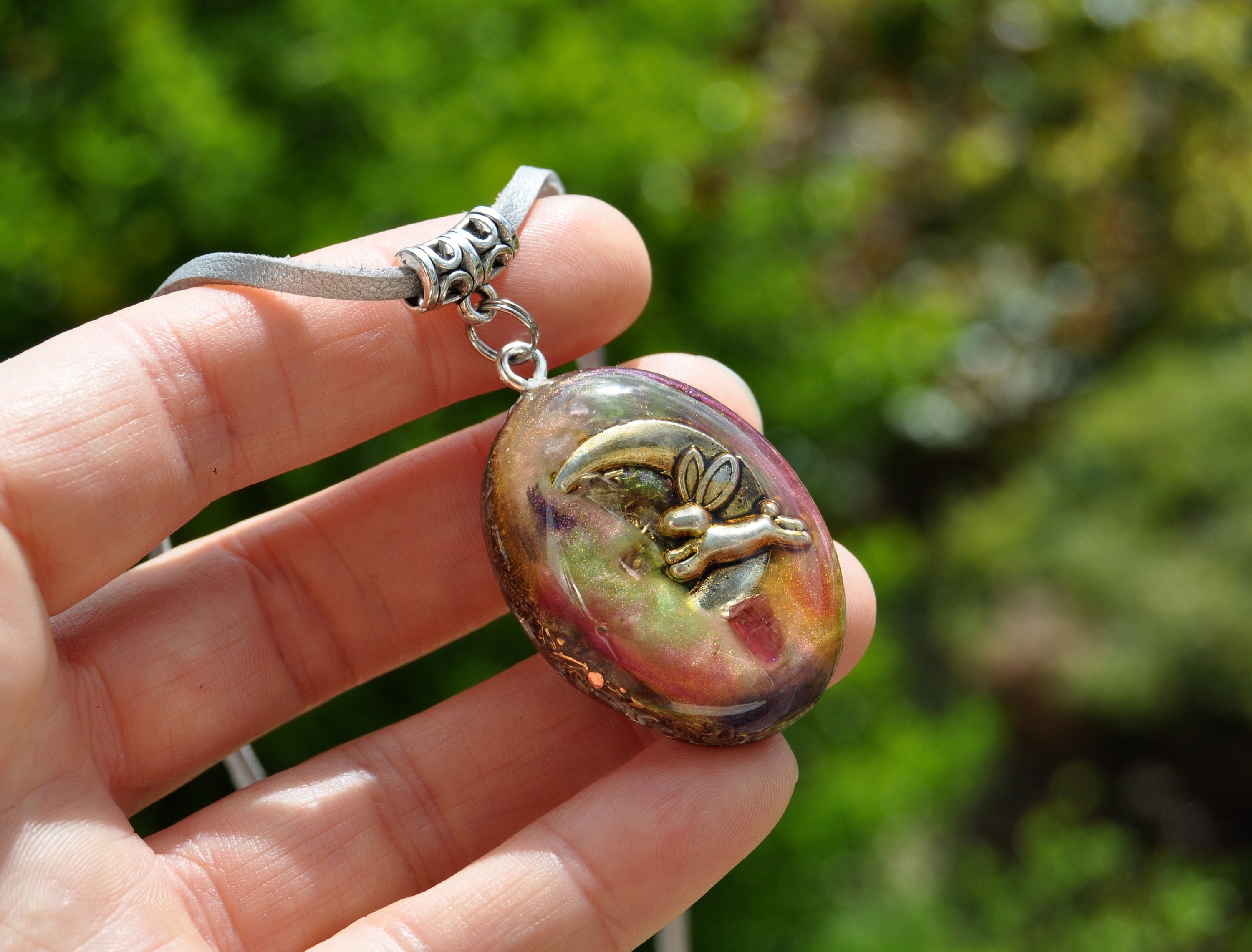 It comes on a adjustable faux suede (vegan) cord.