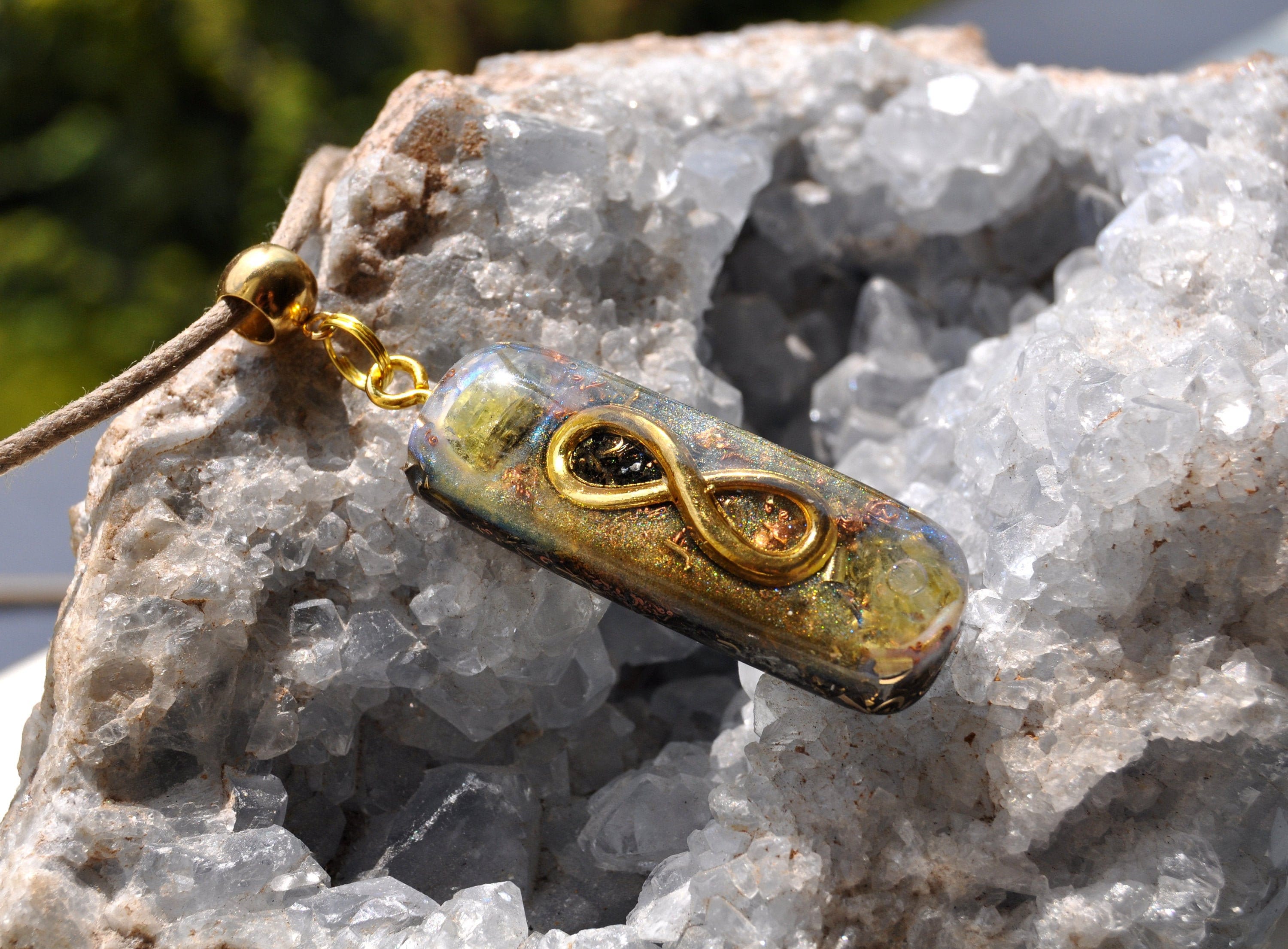 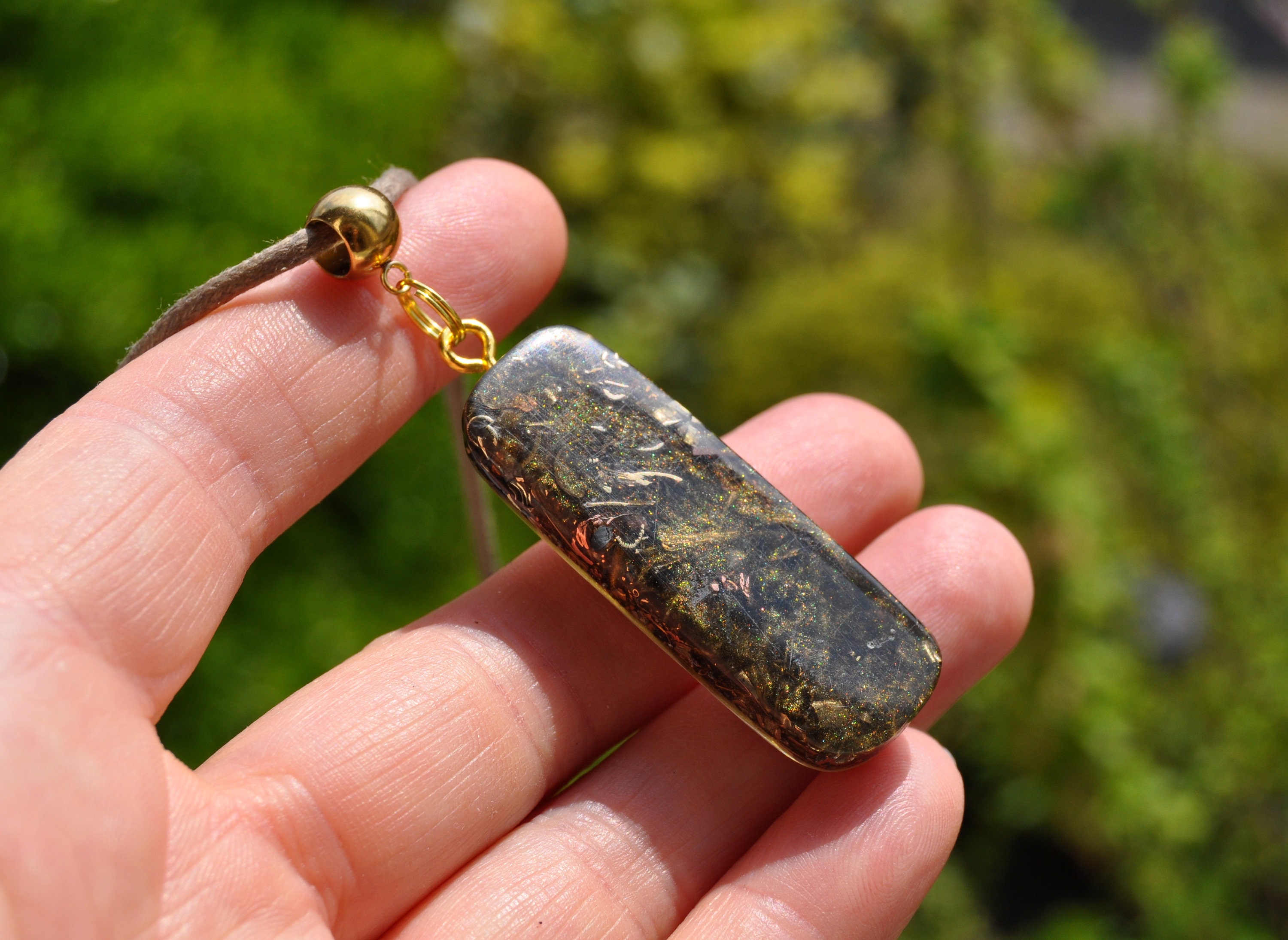 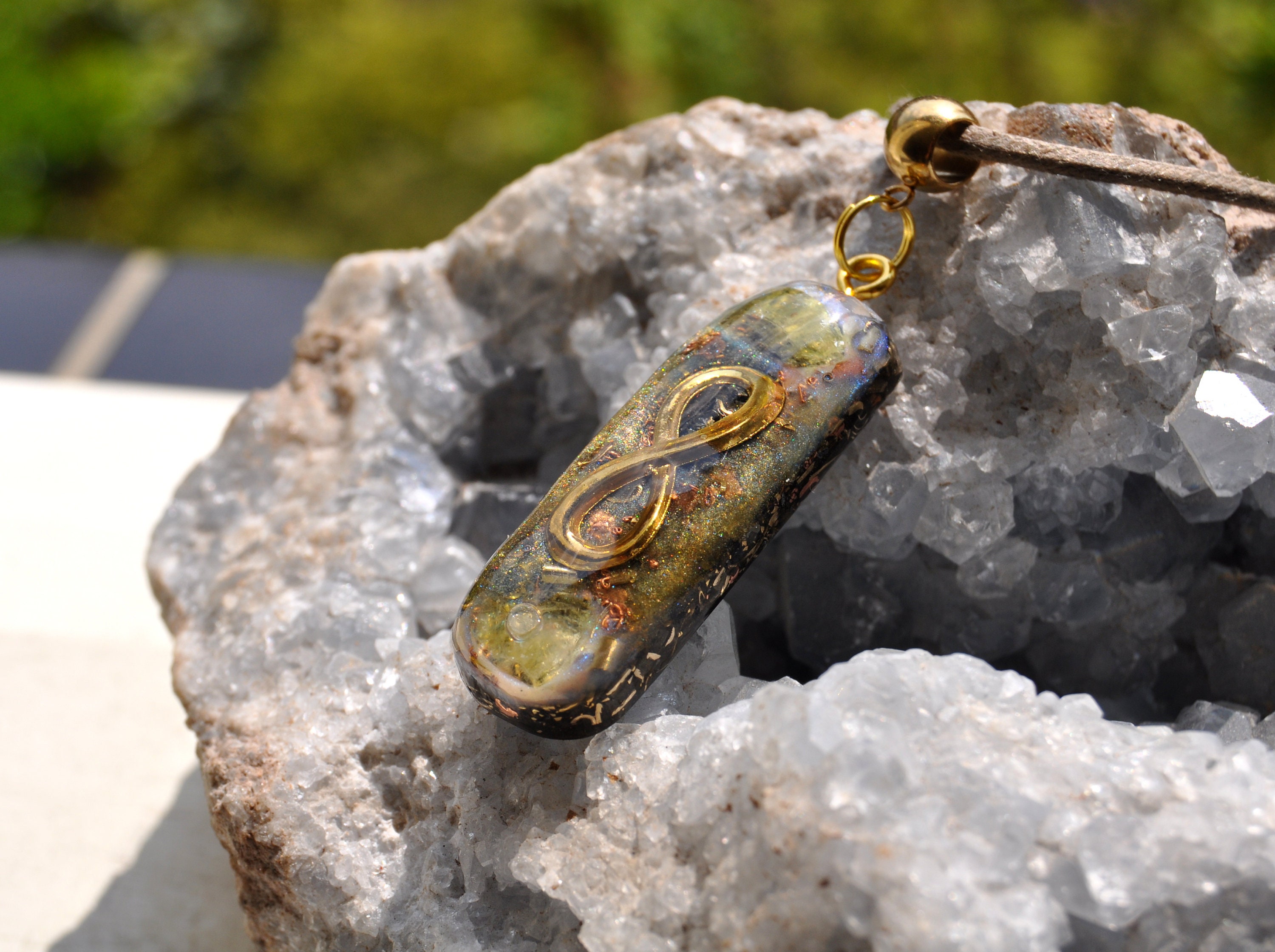 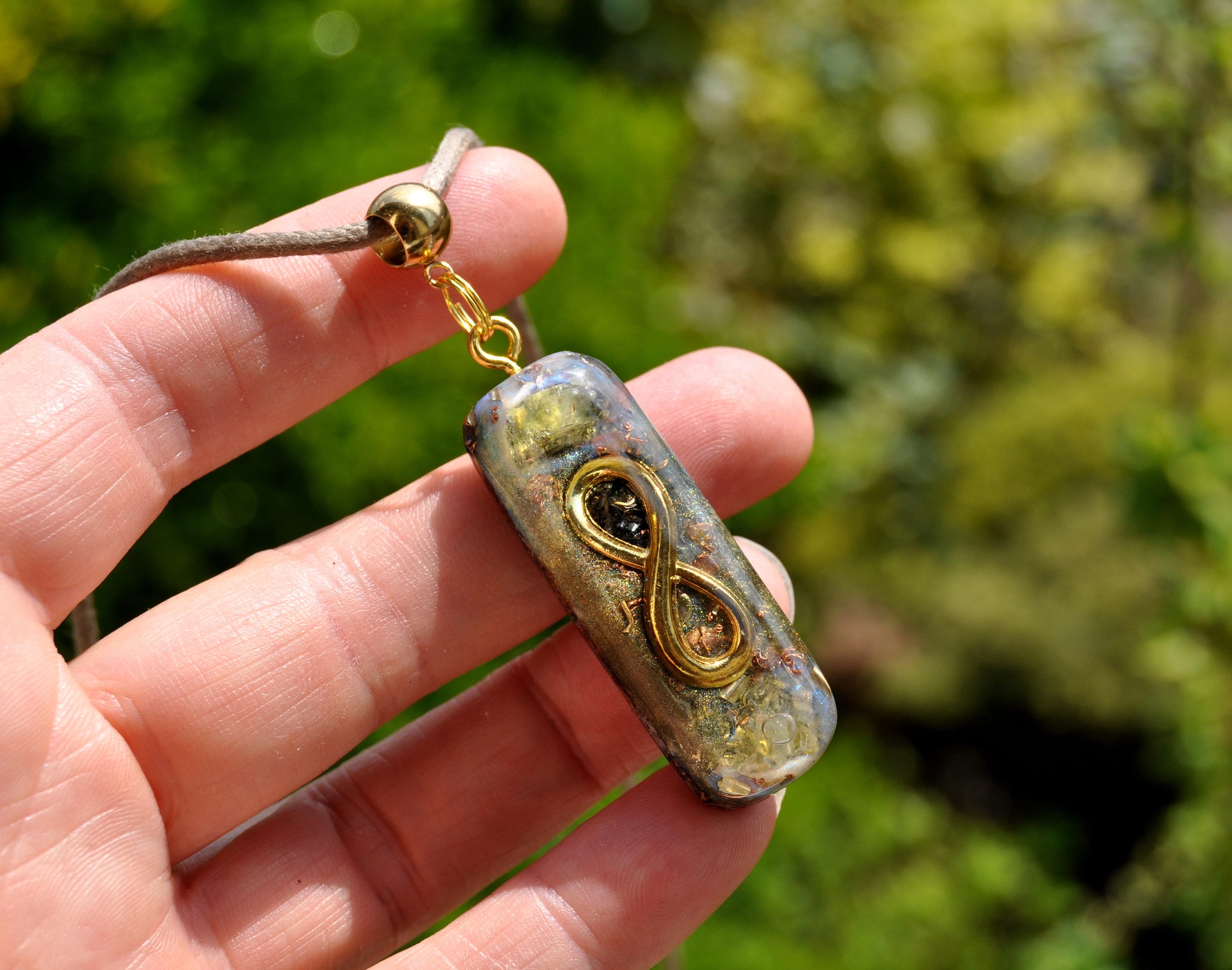 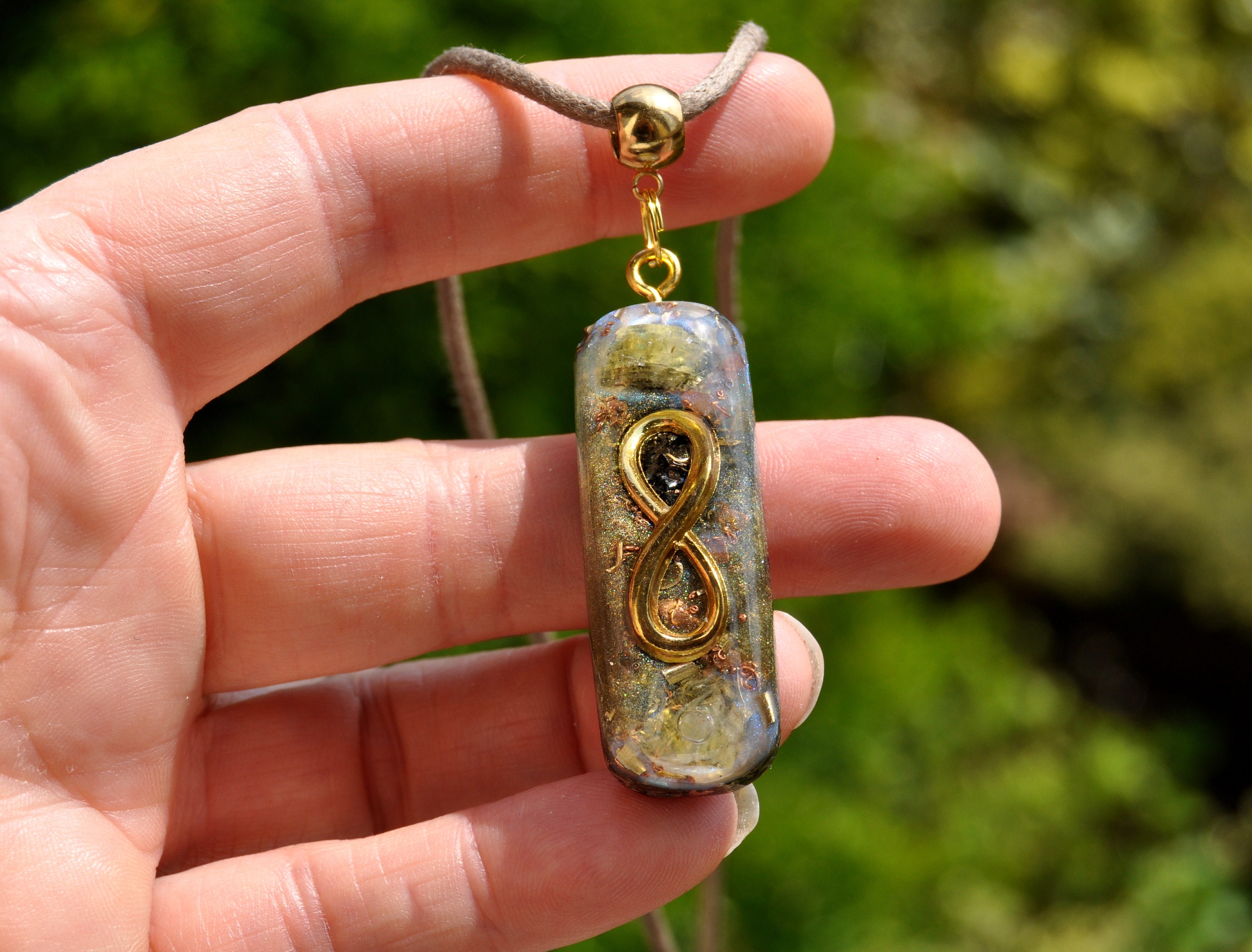 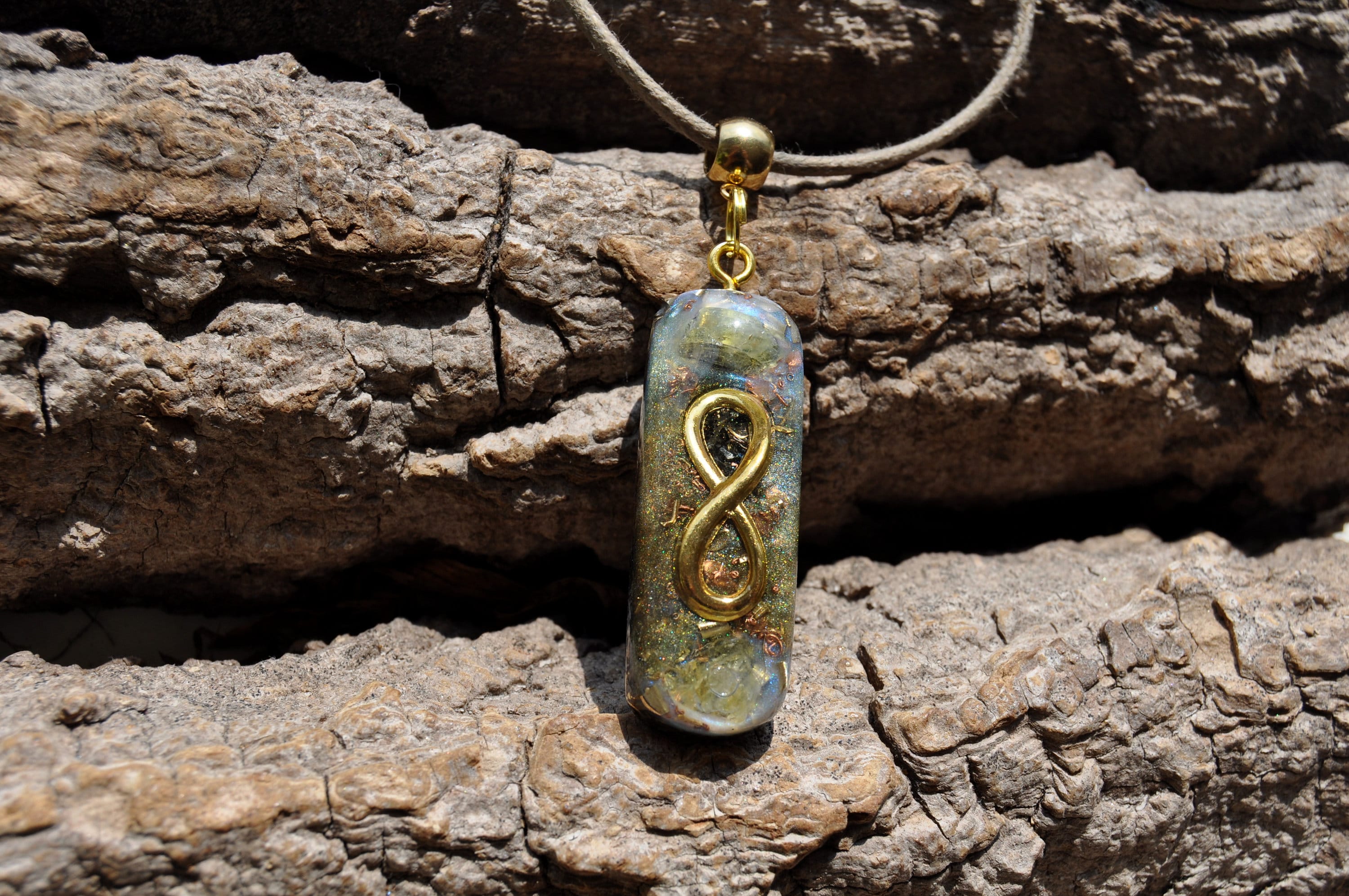 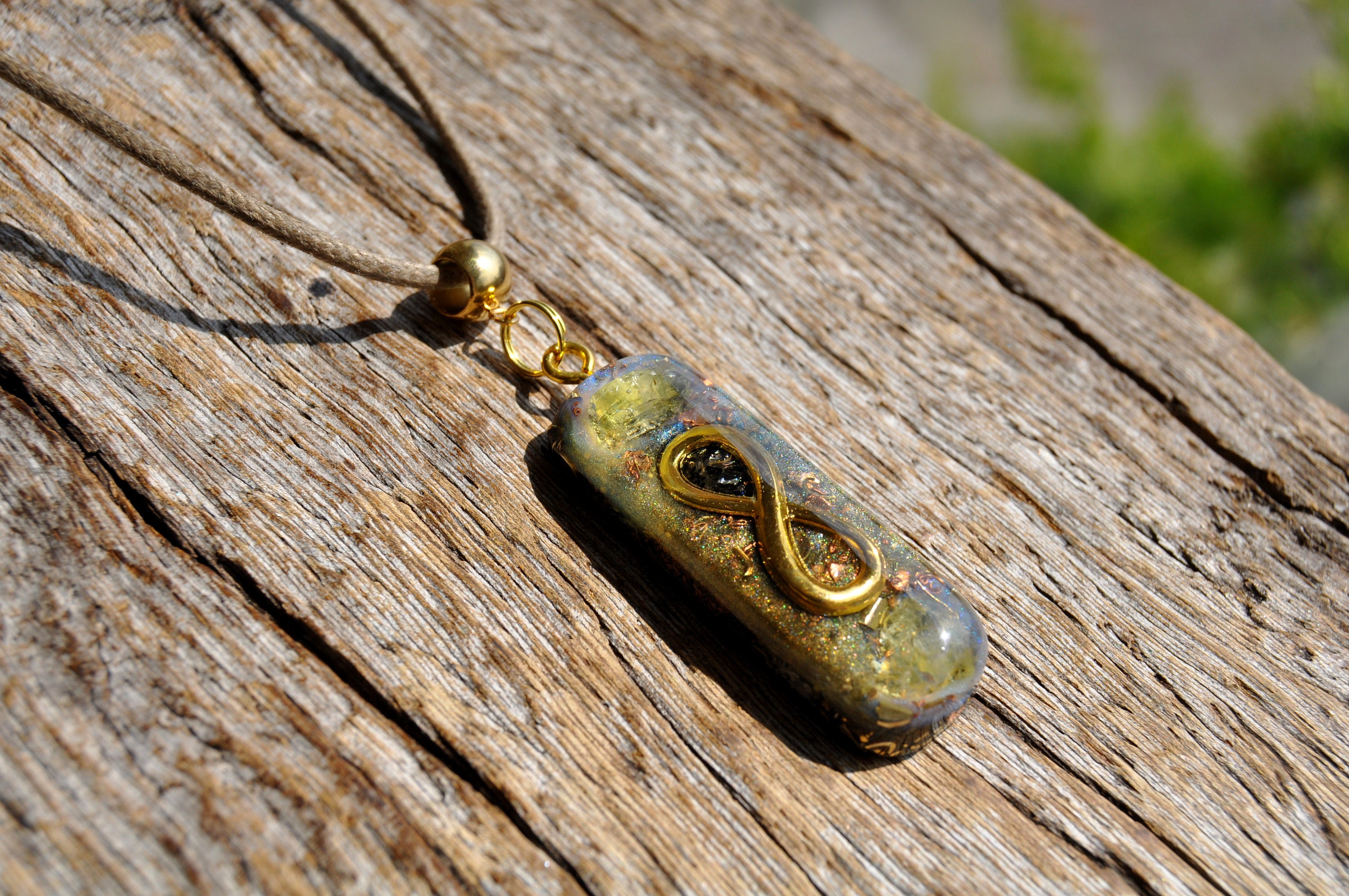 This unique real Orgonite® pendant contains brass, bronze and copper shaving. The main stone is yellow Sulphur crystals below and above the Infinity symbol in the front. It furthermore consists of one Rhodizite crystal in the front (for amplifying the other stones), Pyrite clusters (to increase the overall power of the orgonite®), Selenite pieces (keeps the energy fresh and cleanses and recharges the other crystals), black Tourmaline (for grounding excess energy and protection), Elite Shungite (protection), and a small terminated clear Quartz point (for piezo electric effect) all within a durable resin setting.

Sulphur, also spelled as Sulfur, is a chemical element derived from volcanic action, which carries a negative charge. Its symbol is S and atomic number is 16 on the Periodic Table. It has been known since ancient times and was used in Indian alchemical practices. It was called shiliuhuang and used in Chinese medicine since the 6th century BC, then later as a component of gunpowder.

Sulphur is an energising crystal which helps to remove negative thoughts, emotions and barriers to progress. It can enhance creativity and inspire imagination. It helps those who are prone to angry outbursts release their energy in appropriate ways. It allows us to be able to access our inner self and find our higher purpose whilst encouraging a flexible attitude.

Sulphur is said in the crystal healing world to be a stone of vitality and energy. The vitality properties of sulphur are said to bring protection and purification. Sulphur is used in metaphysics to purify and detoxify environments, thoughts, and even the energy fields of people. It can be helpful for purification before magic rituals as well. Sulphur is used also to prevent or destroy hexes and free one from an enemy’s power.

Sulphur’s energies of protection and purification can help remove negative thoughts and feelings. Mystically, this is said to help decrease illness by taking away the mental/emotional component.