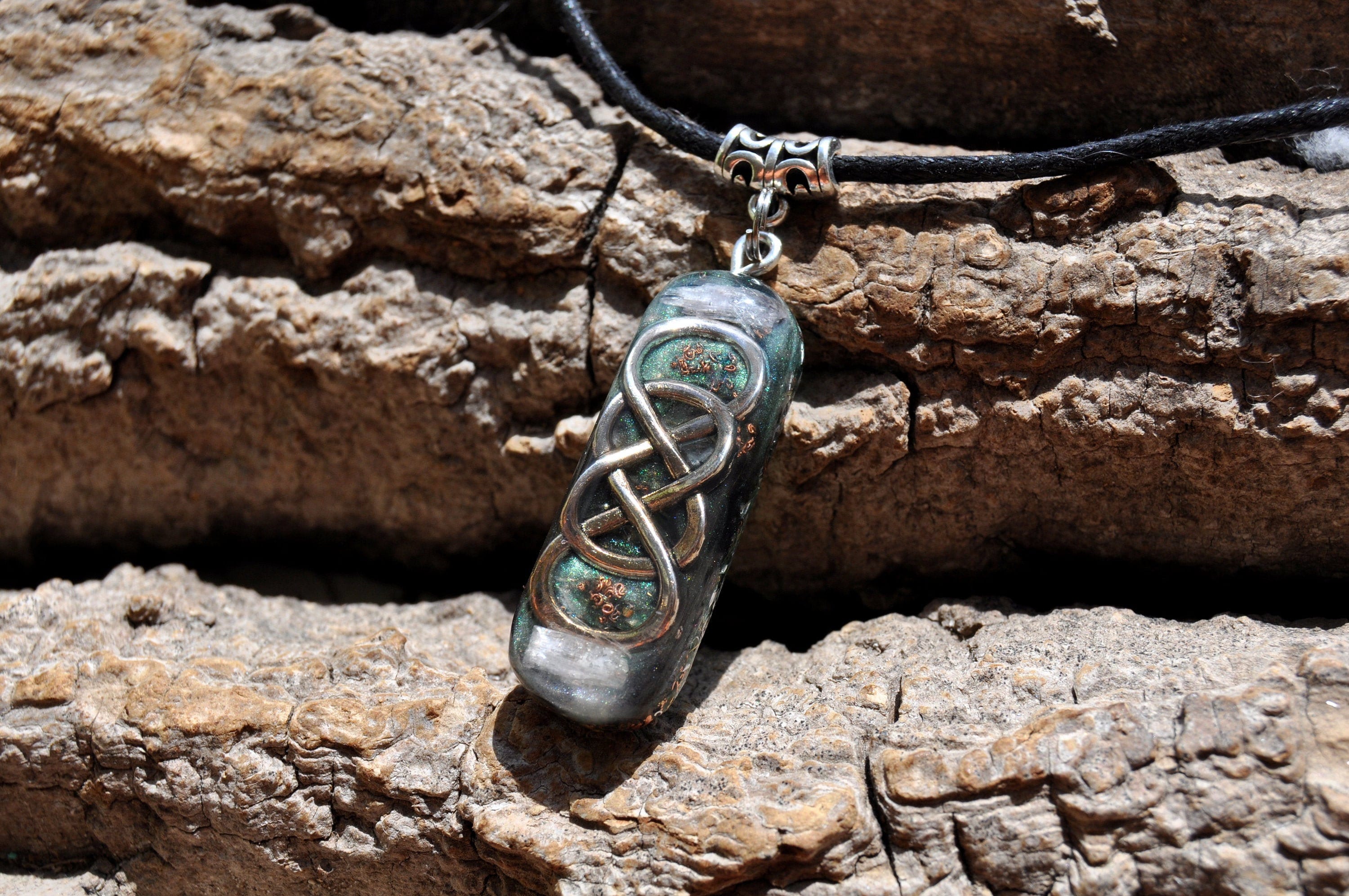 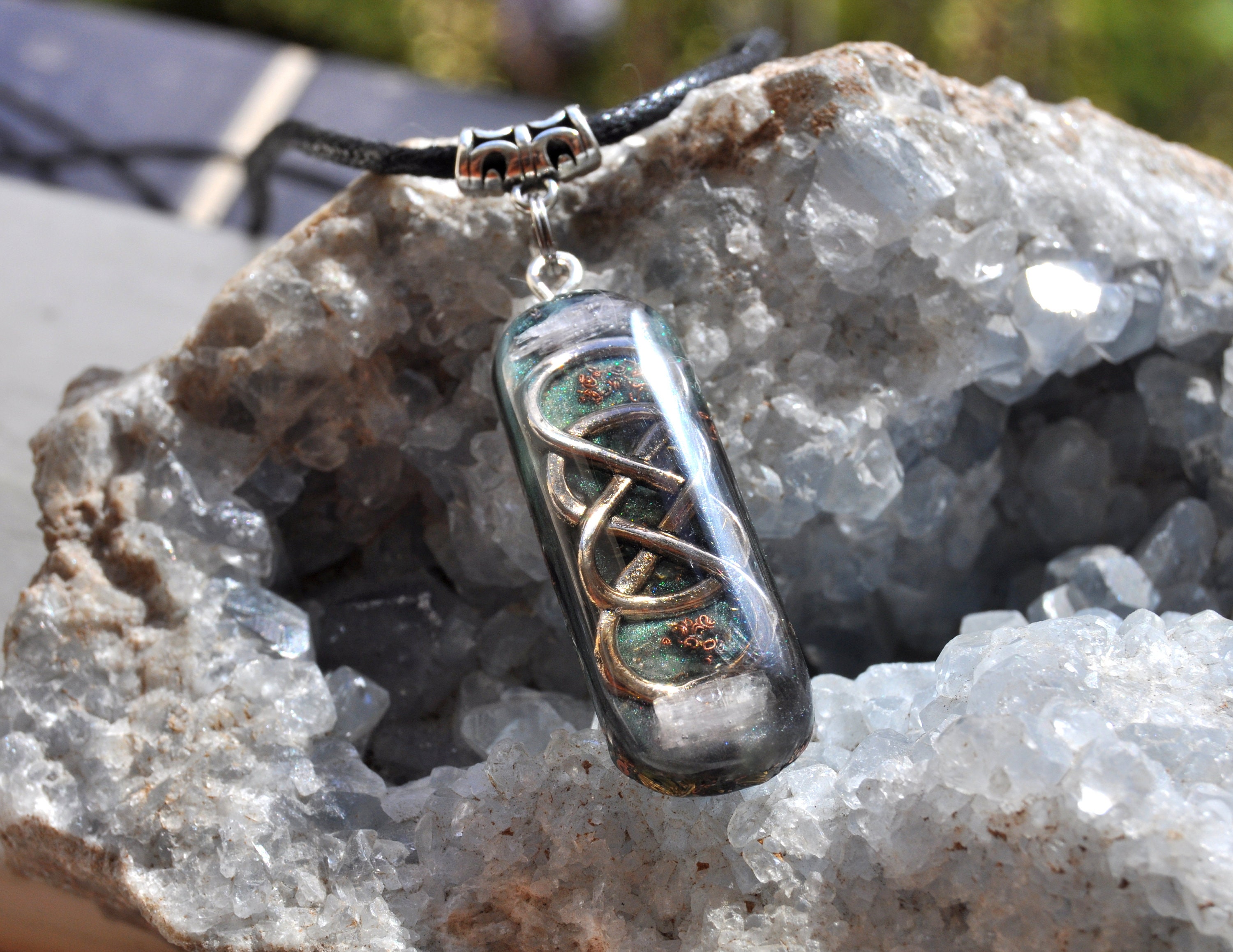 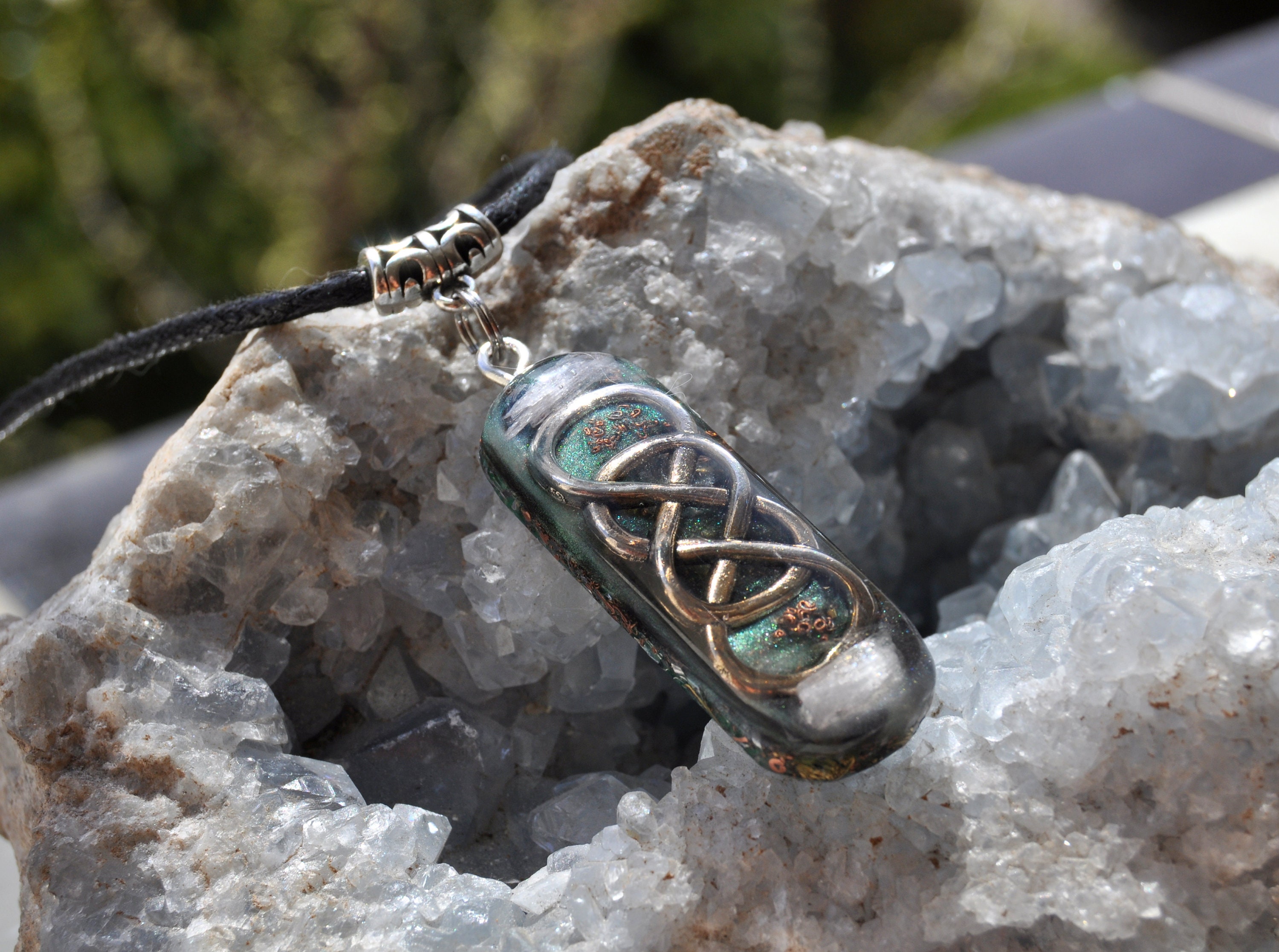 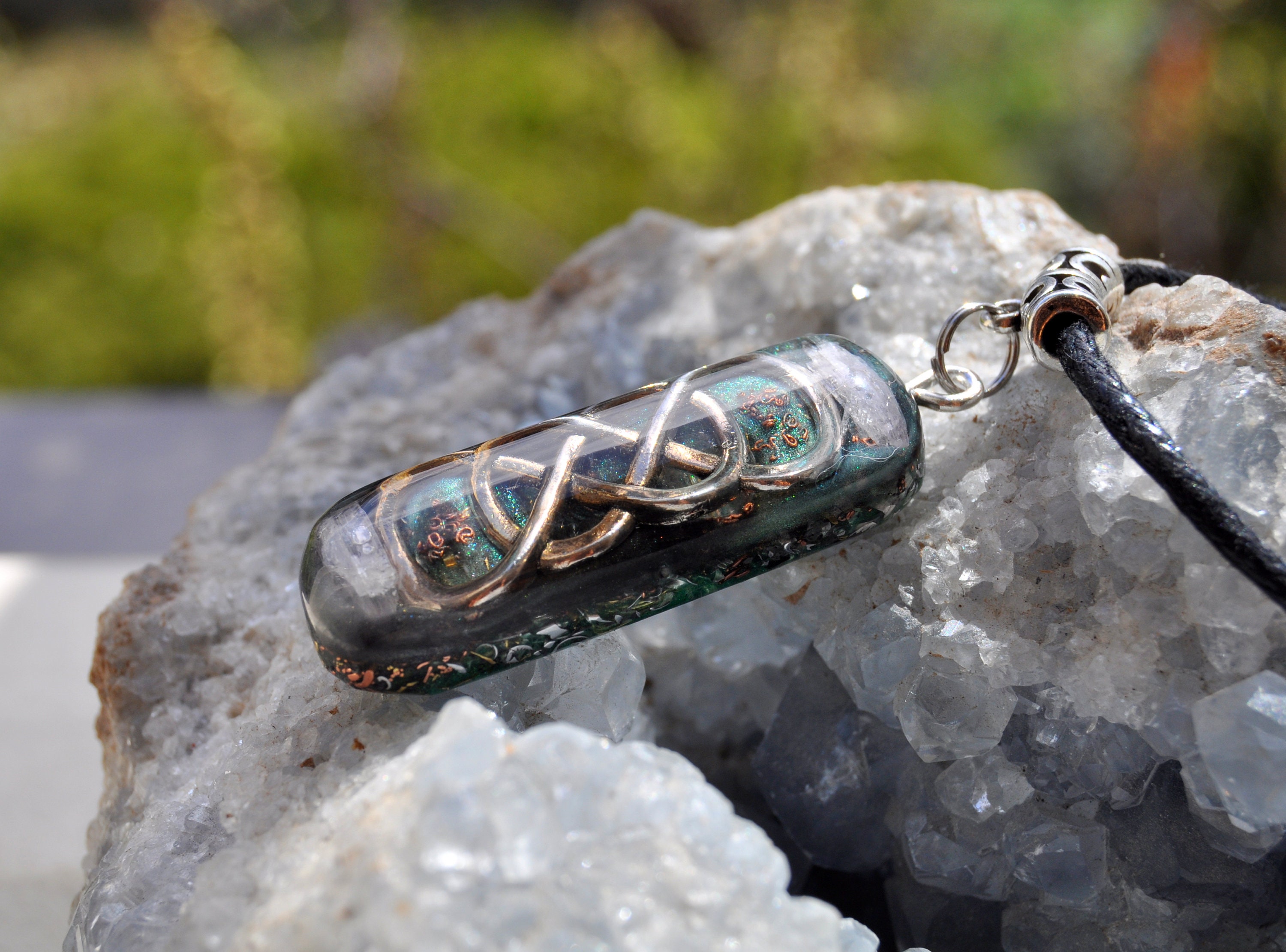 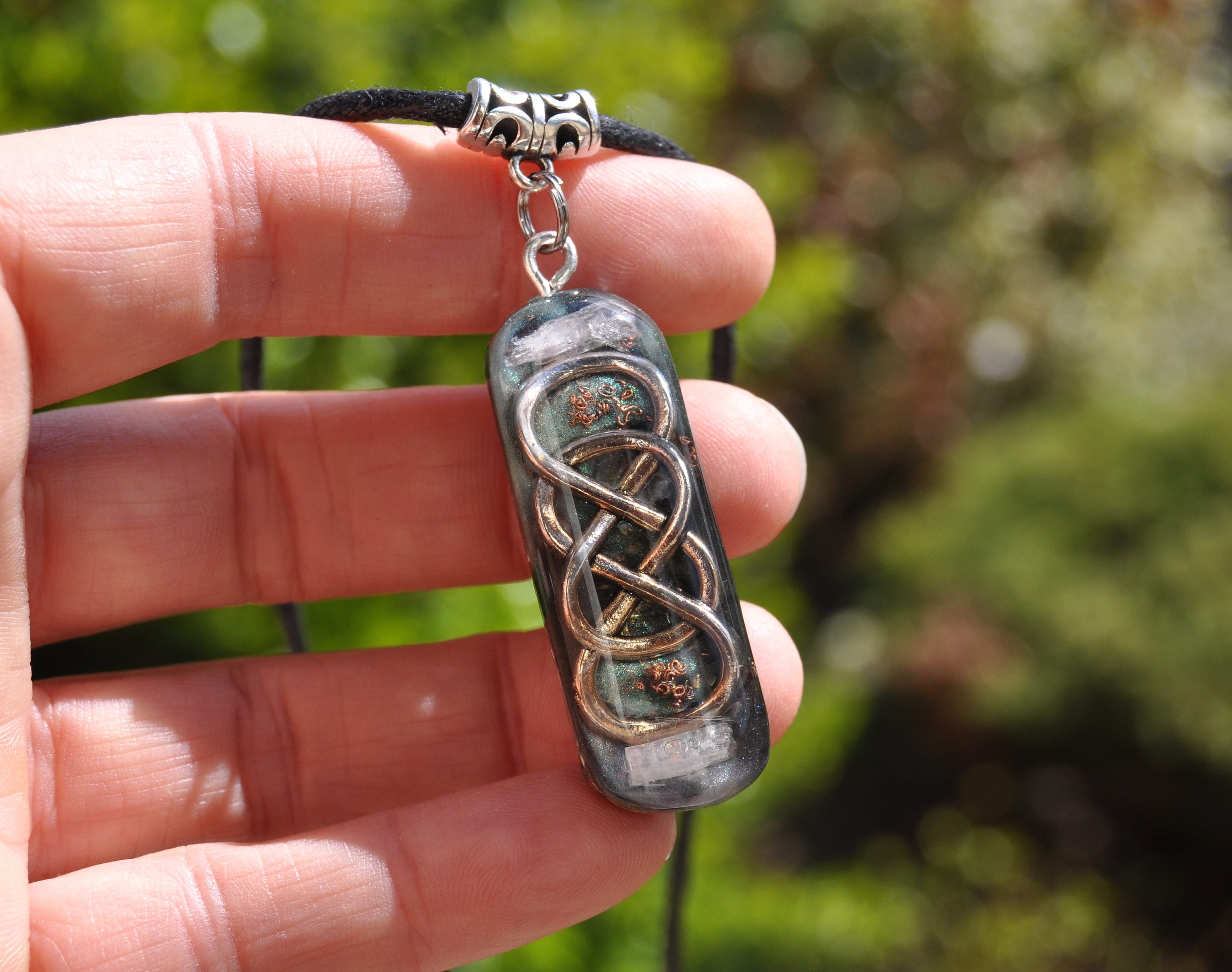 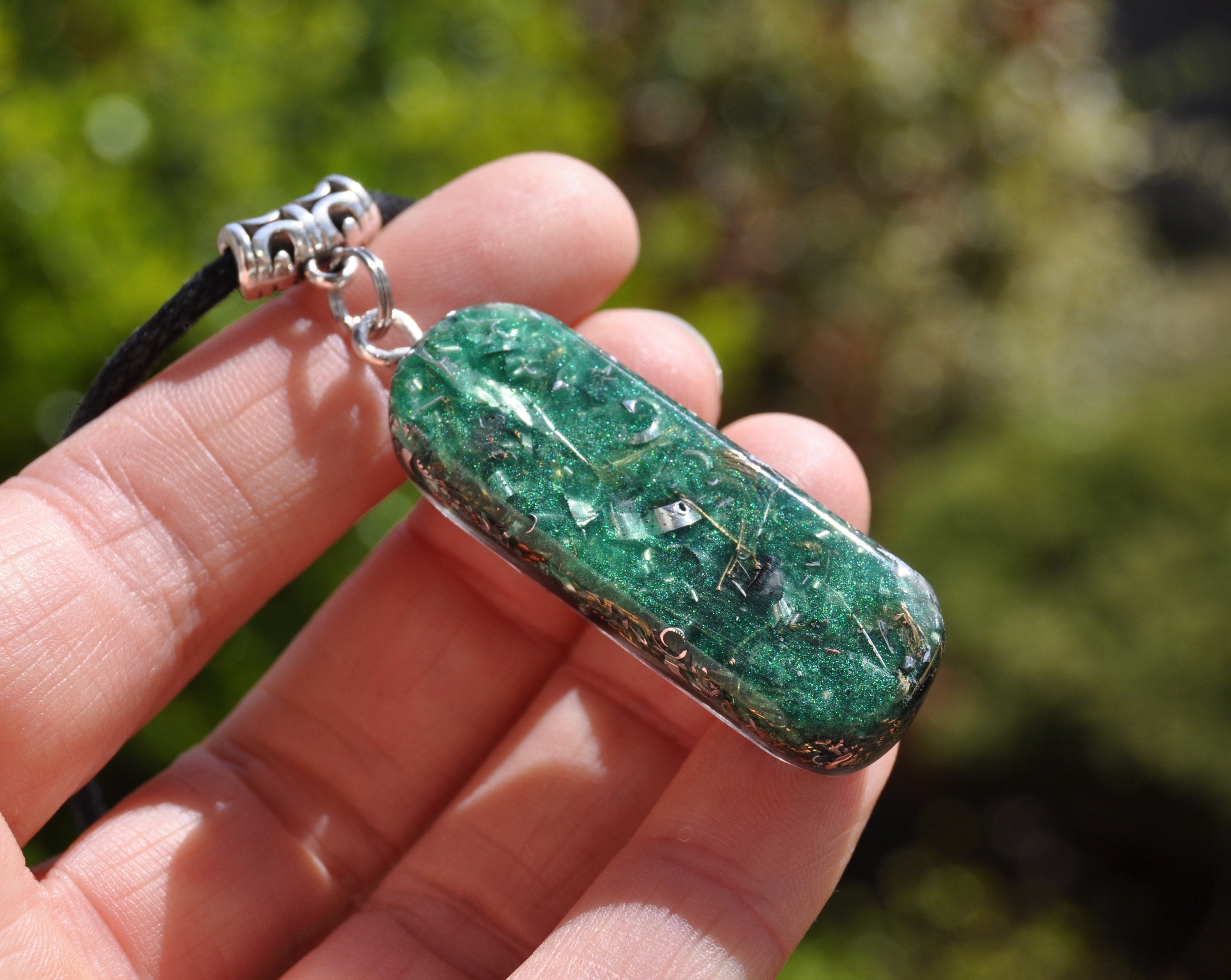 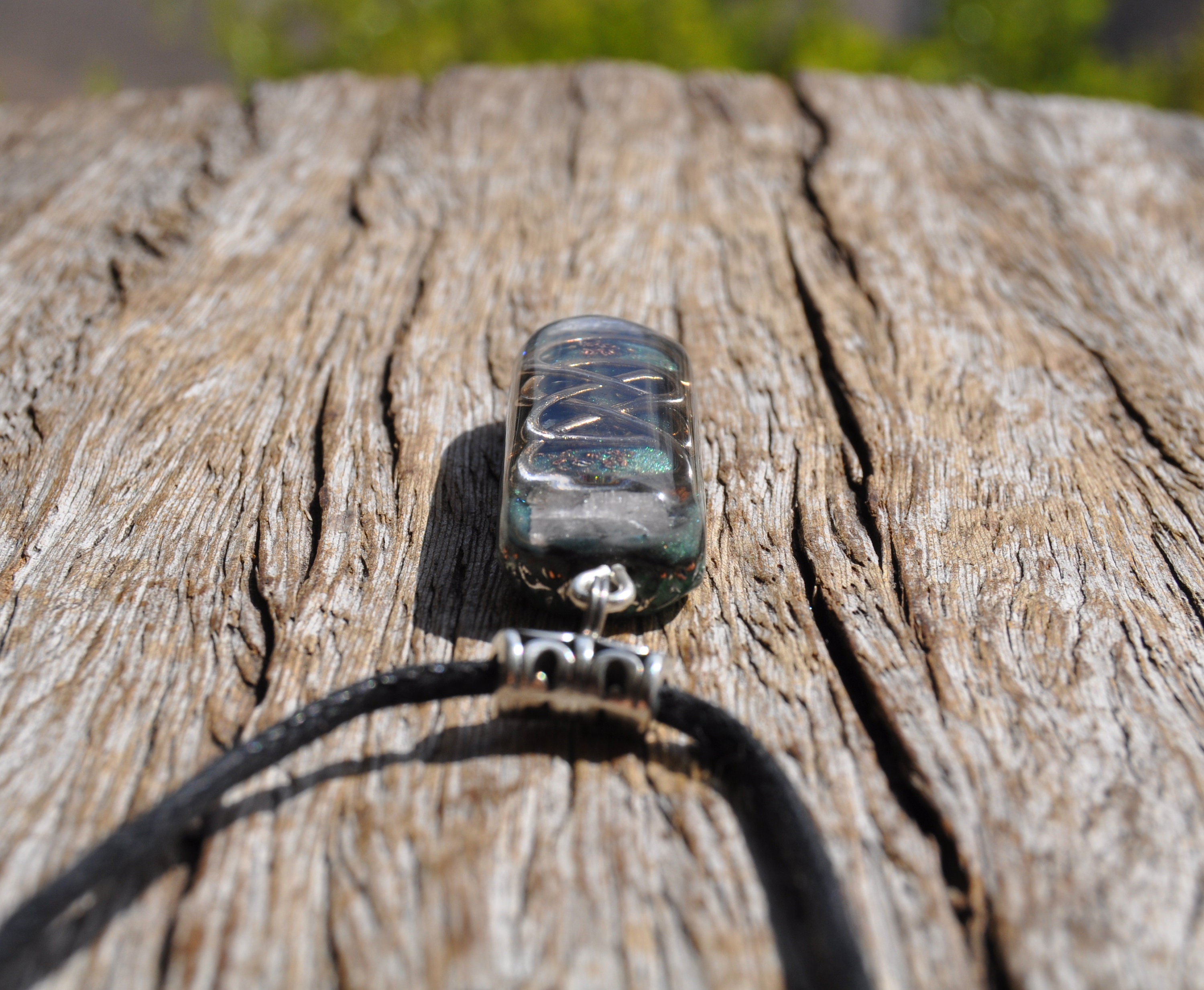 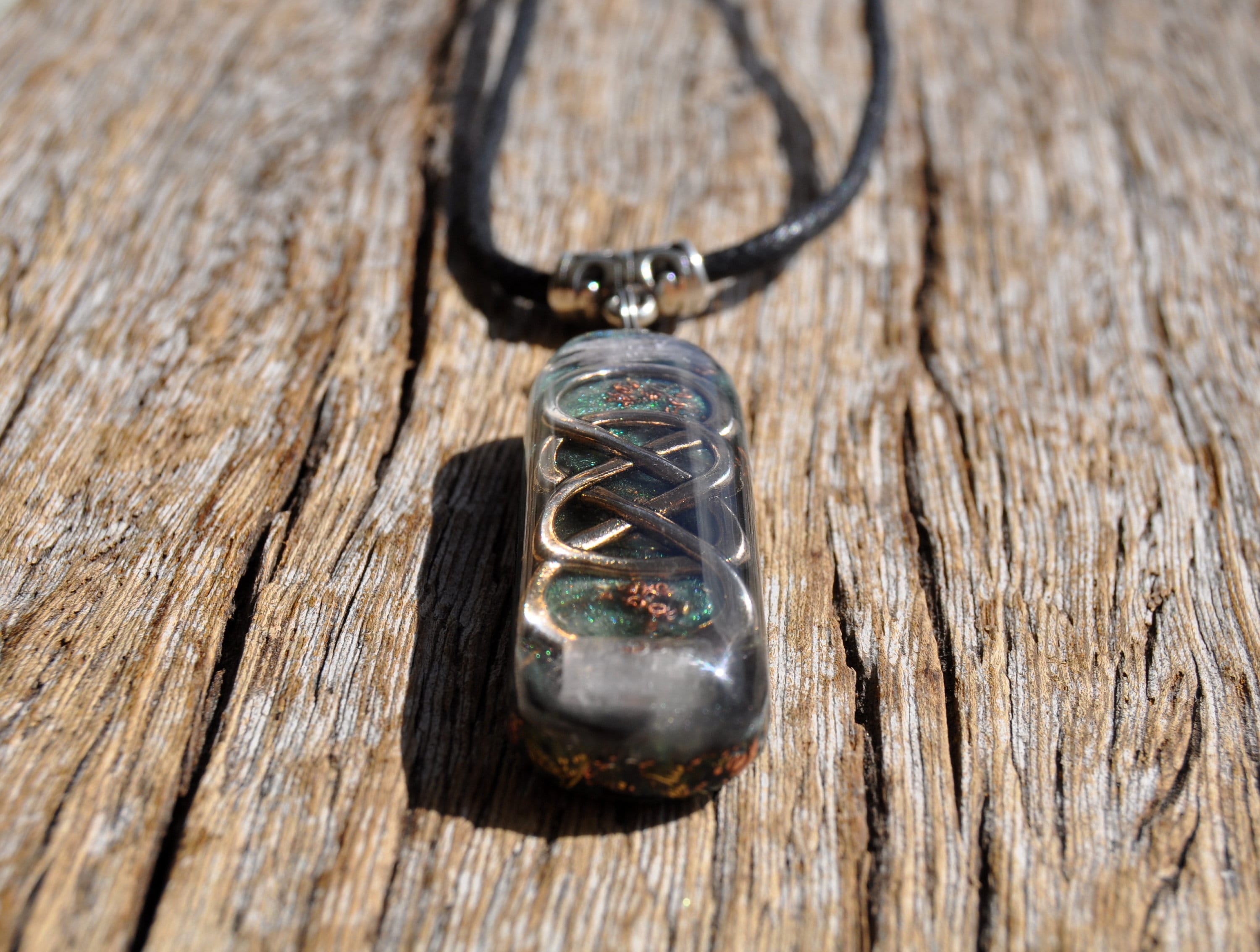 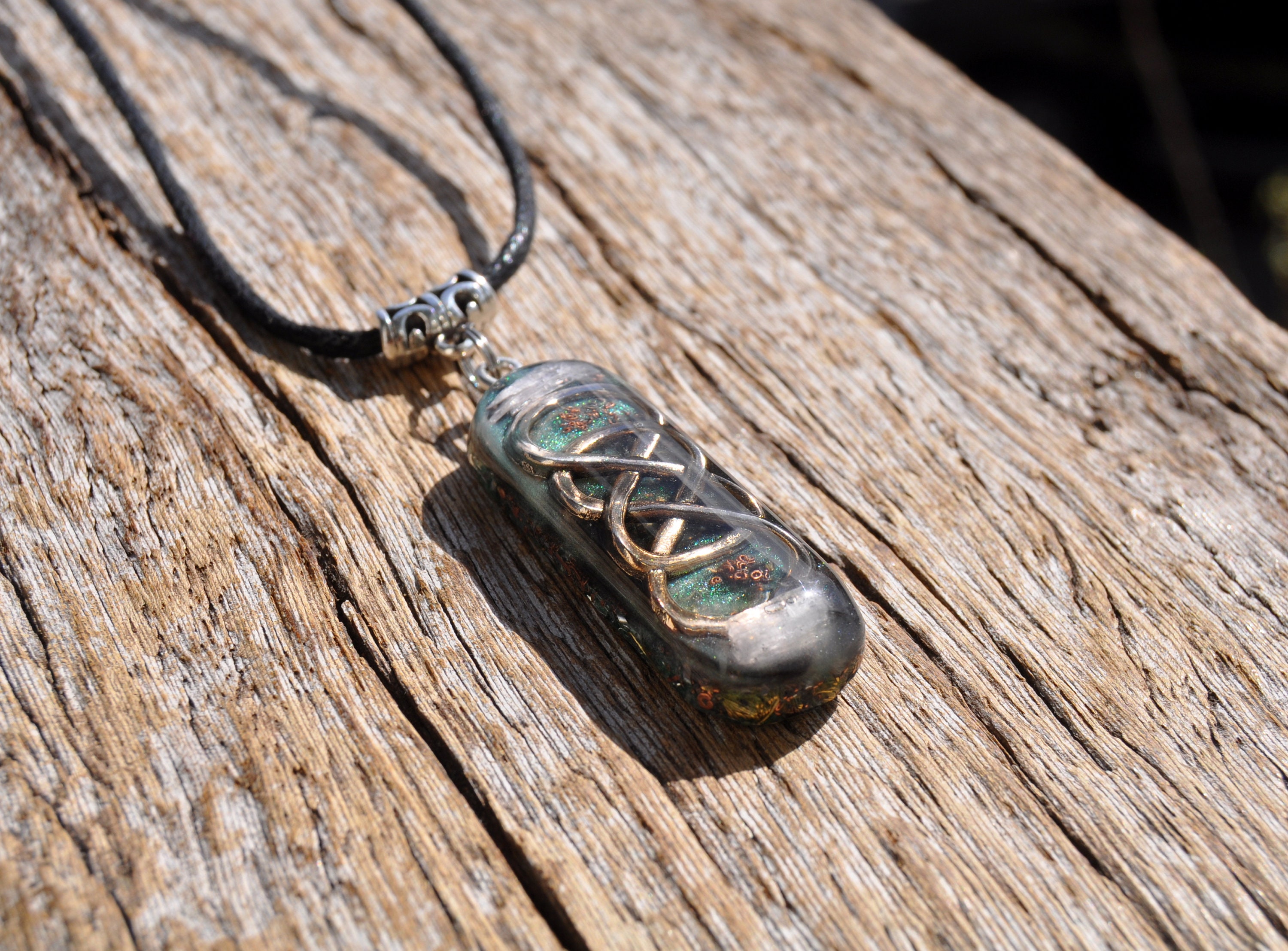 This lovely Orgonite® pendant contains aluminium, brass, bronze and copper shaving. The main stone is raw Kunzite laid in and around the Infinity symbol in the front. It furthermore consists of Rhodizite (for amplifying the other stones), Pyrite (front - to increase the overall power of the orgonite®), Selenite pieces (keeps the energy fresh and cleanses and recharges the other crystals), black Tourmaline (grounding excess energy and protection), Elite Shungite (emf protection) and a small terminated clear Quartz point (for piezo electric effect) all within a durable resin setting.

Kunzite is a fairly young gemstone and was only discovered in 1902 by gemstone specialist and jeweler George Frederick Kunz.

Kunzite is a popular stone because of its healing properties. It’s sometimes known as The Woman’s Stone because it helps young mothers who are having a tough time taking care of their young child.

Kunzite helps when one was required to grow up too quickly, restoring lost trust and innocence. Quite favorable for removing emotional blockages, it is told to combat feelings of inferiority, and has a pronounced calming effect on one’s heart. Kunzite will reveal the emotional blockages one holds from the past, so they may be understood, and dealt with so one may move on; as one will never move forward without facing the past.

Offering a calmness to accept situations that are out of one’s control, particularly old buried experiences that have caused deep emotional discomfort, Kunzite has the power to dispel and dissolve this pain. Healing of this emotional debris frees up one’s emotions, healing heartache, and allowing one to trust the inner self once again.

Enhancing creativity, Kunzite promotes maturity in thought while allowing one to maintain the openness of childhood. Assisting one to be open, loving , strong and vibrant, with a grounded sense of security which will not infringe on one’s state of freedom.

Kunzite, although a stone of peace, is quite a powerful healing stone that has a beneficial effect on a large range of physical and emotional disorders. Not only assisting those who have suffered from inner turmoil derived from old wounds, but it allows one to accept constructive criticism without anxiety, allowing and assisting in one’s ability to compromise without losing oneself.