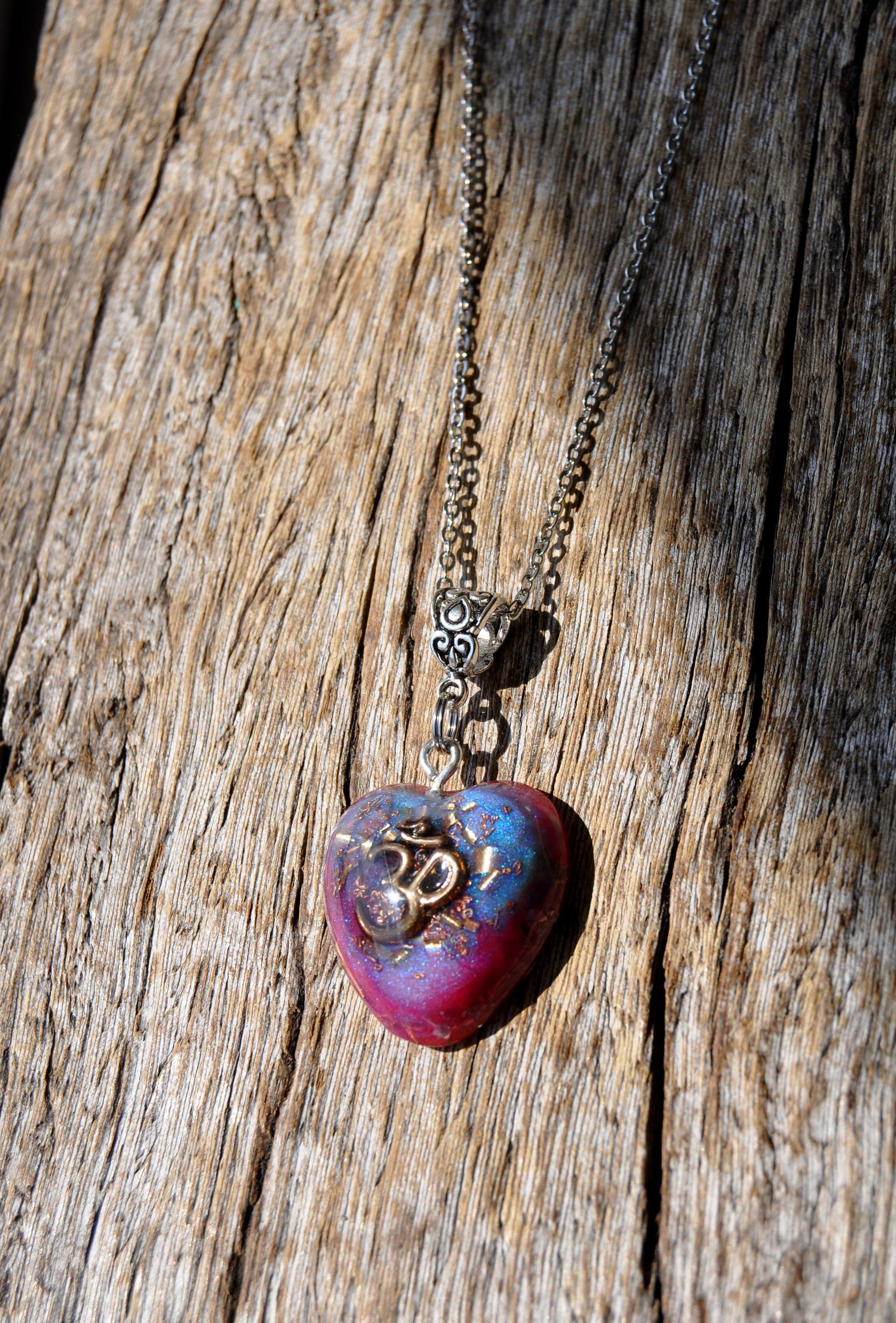 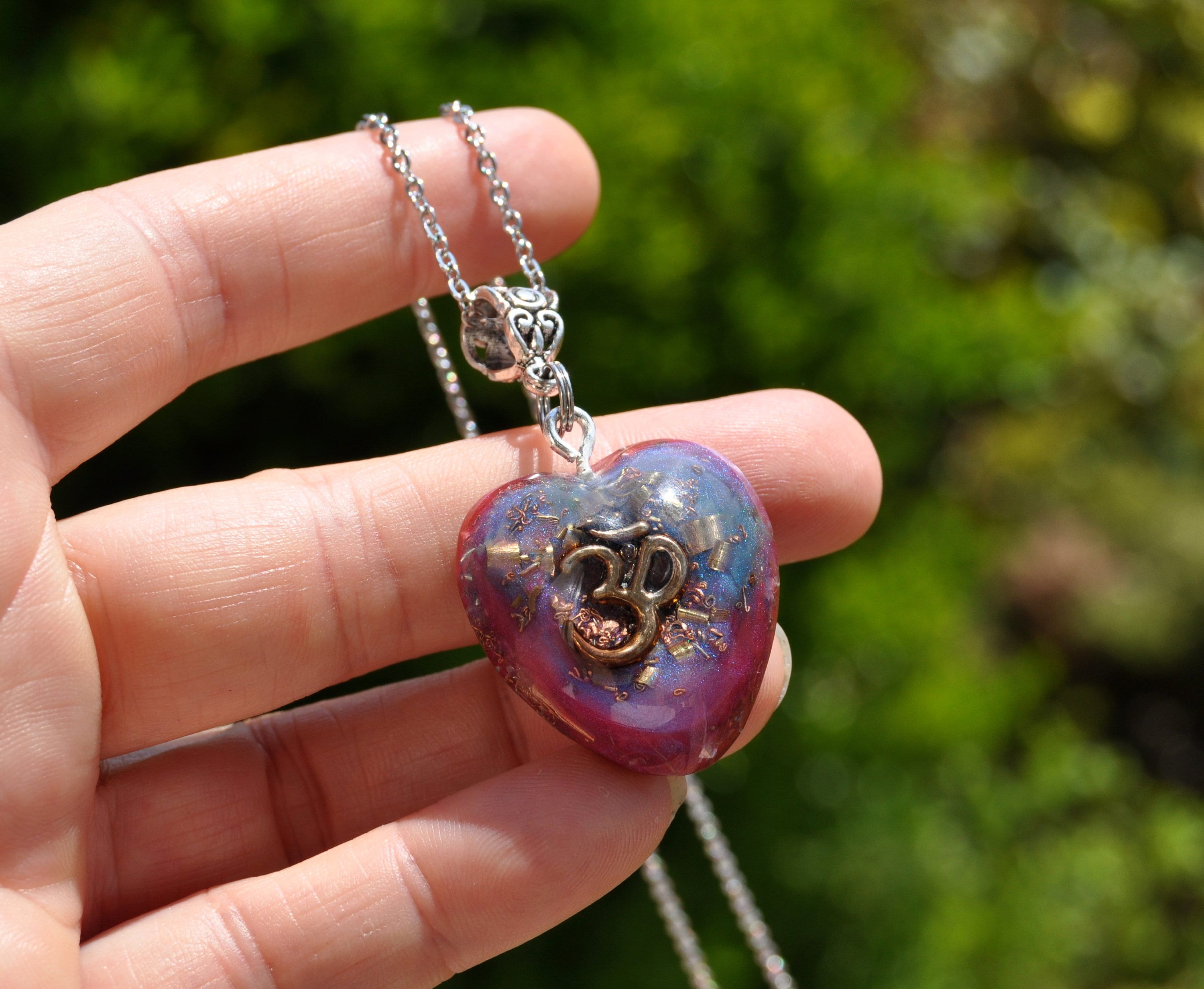 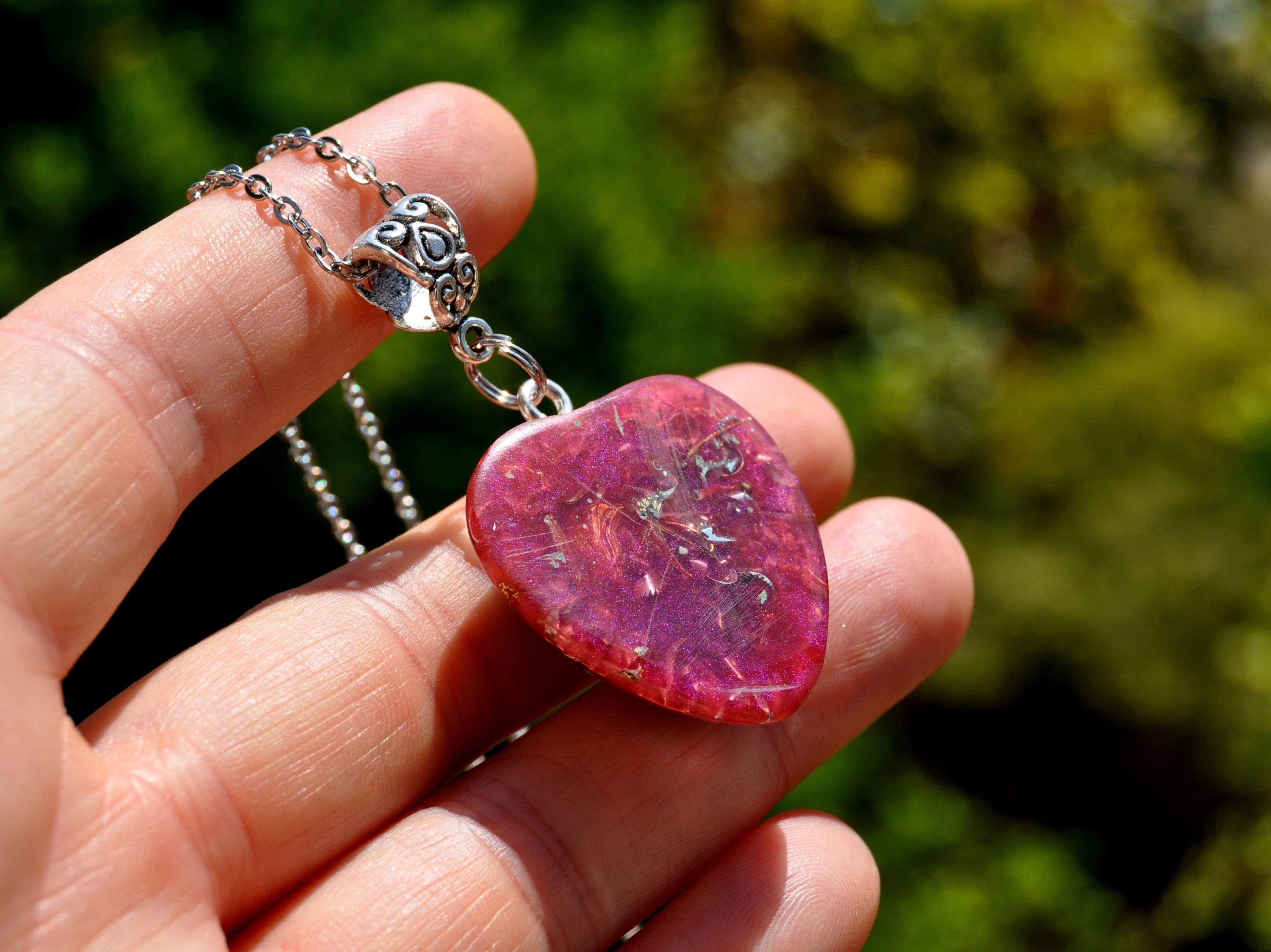 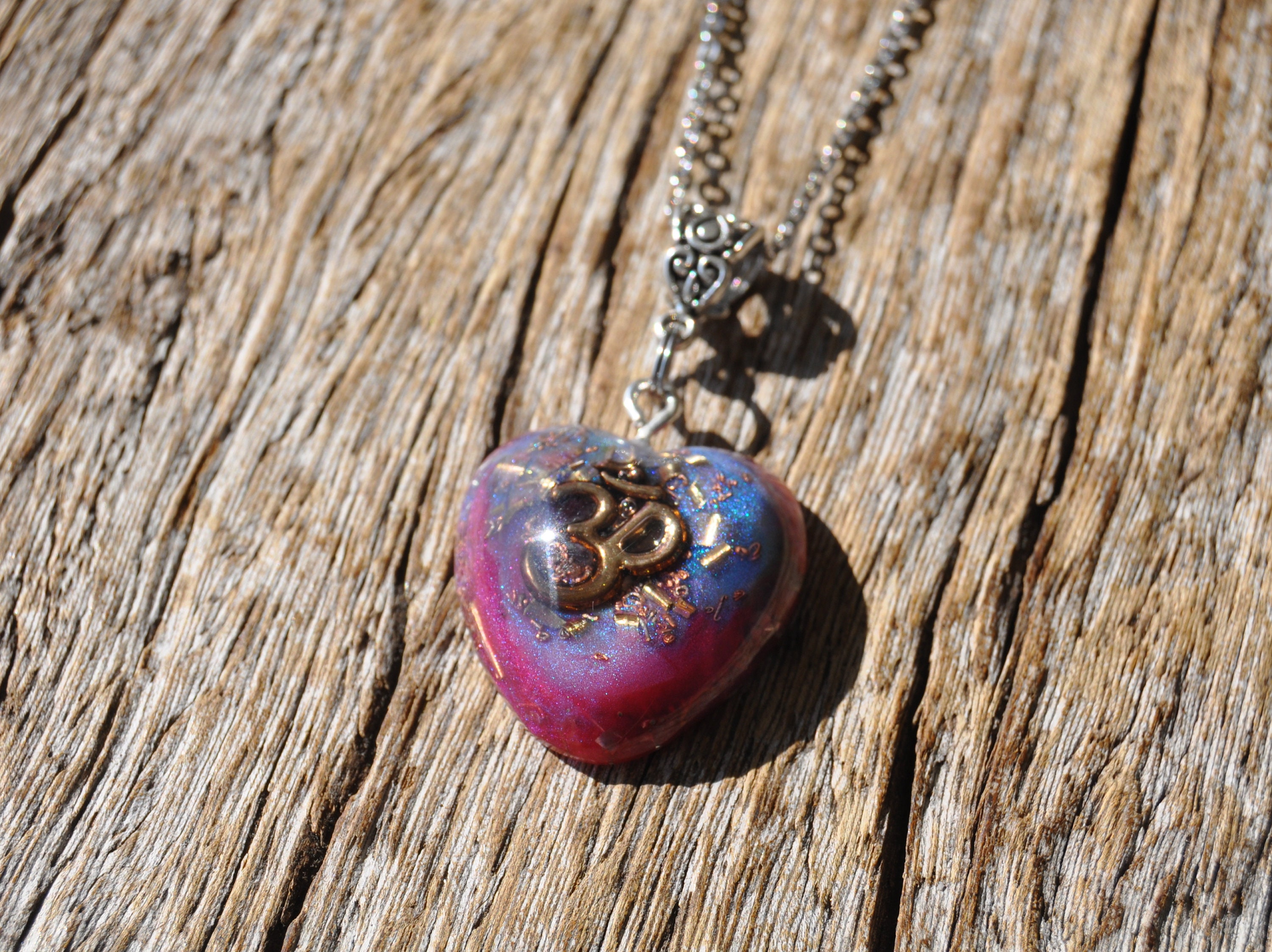 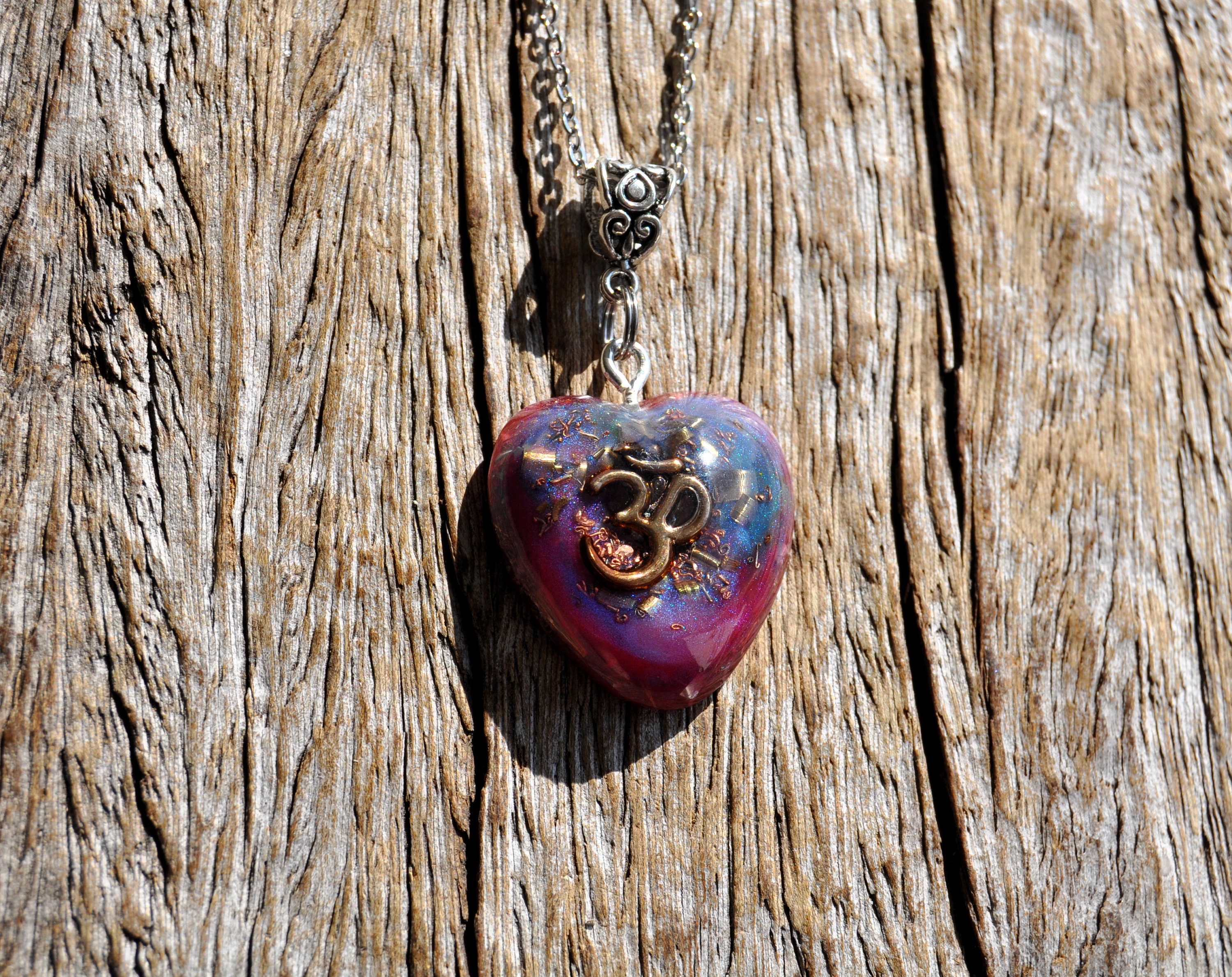 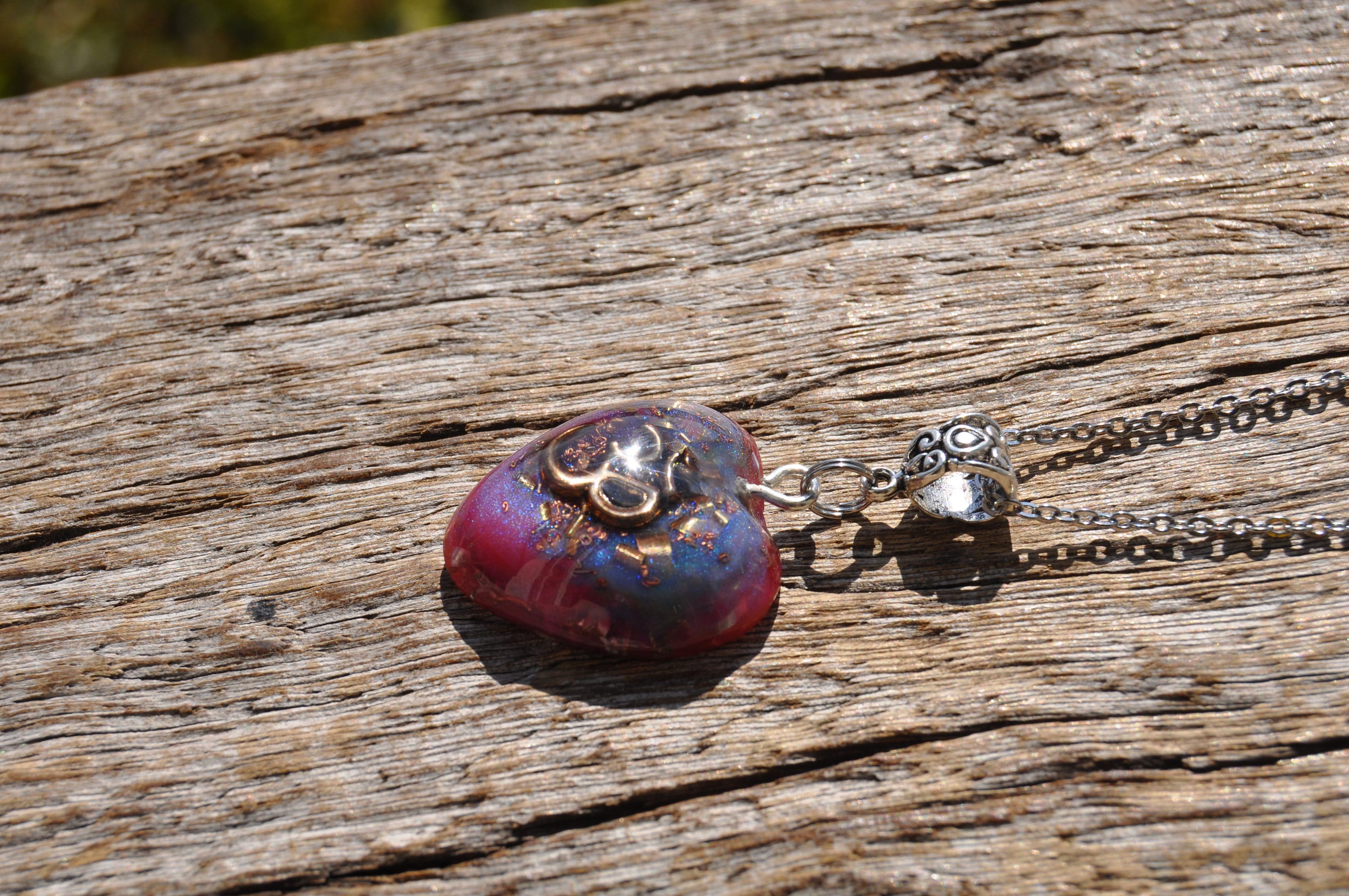 This lovely heart shaped Orgonite® pendant contains various metal shavings, clear quartz and Selenite all within a durable resin setting.
It is based on 50/50 ratio (50% metal/50% resin) which is required for the orgonite to properly clean stagnant energy according to Wilhelm Reichs research.


You will get the pendant as shown in the pictures. Only one available.

It comes on a 50 cm / 20 inches stainless necklace with lobster clasp closing.