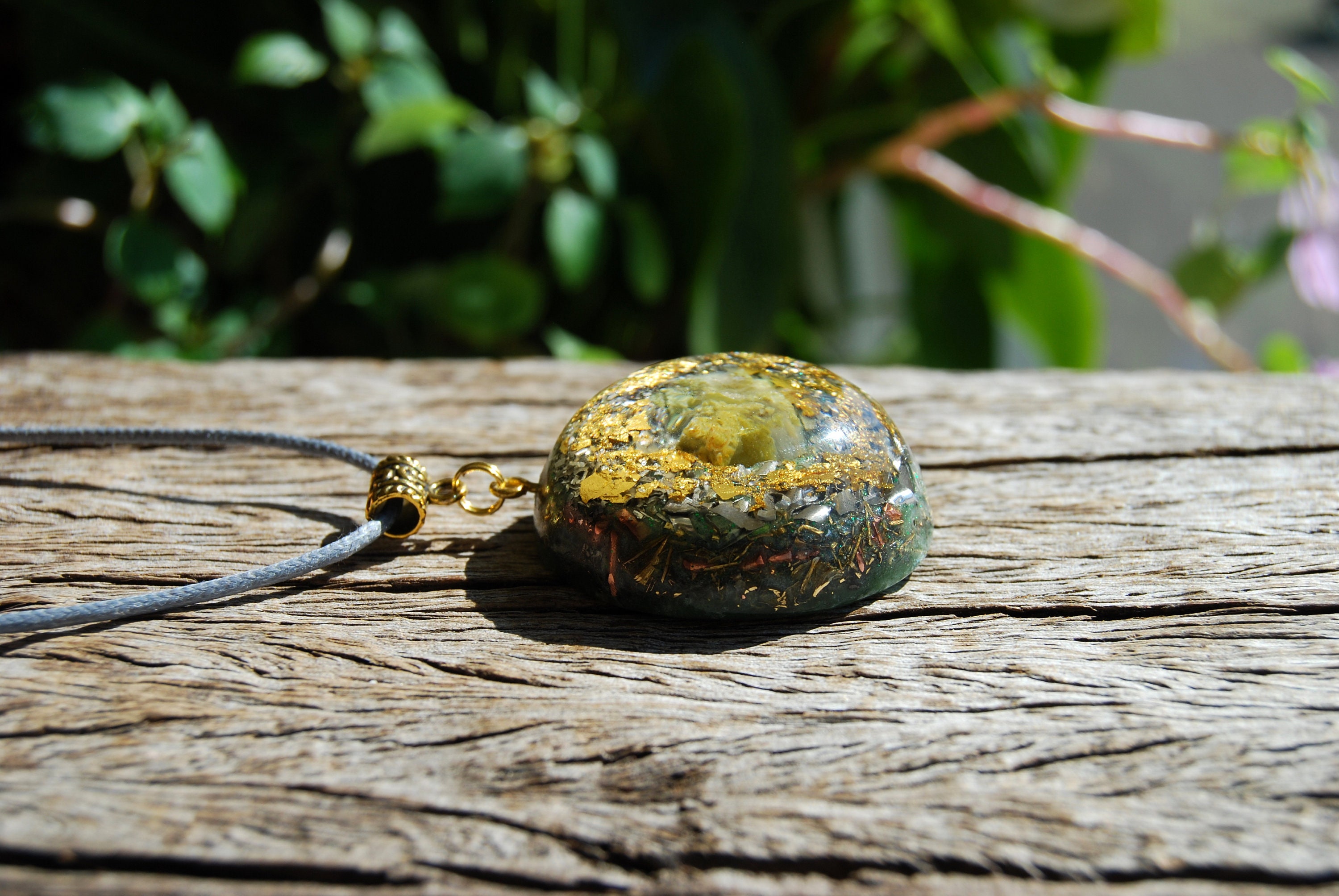 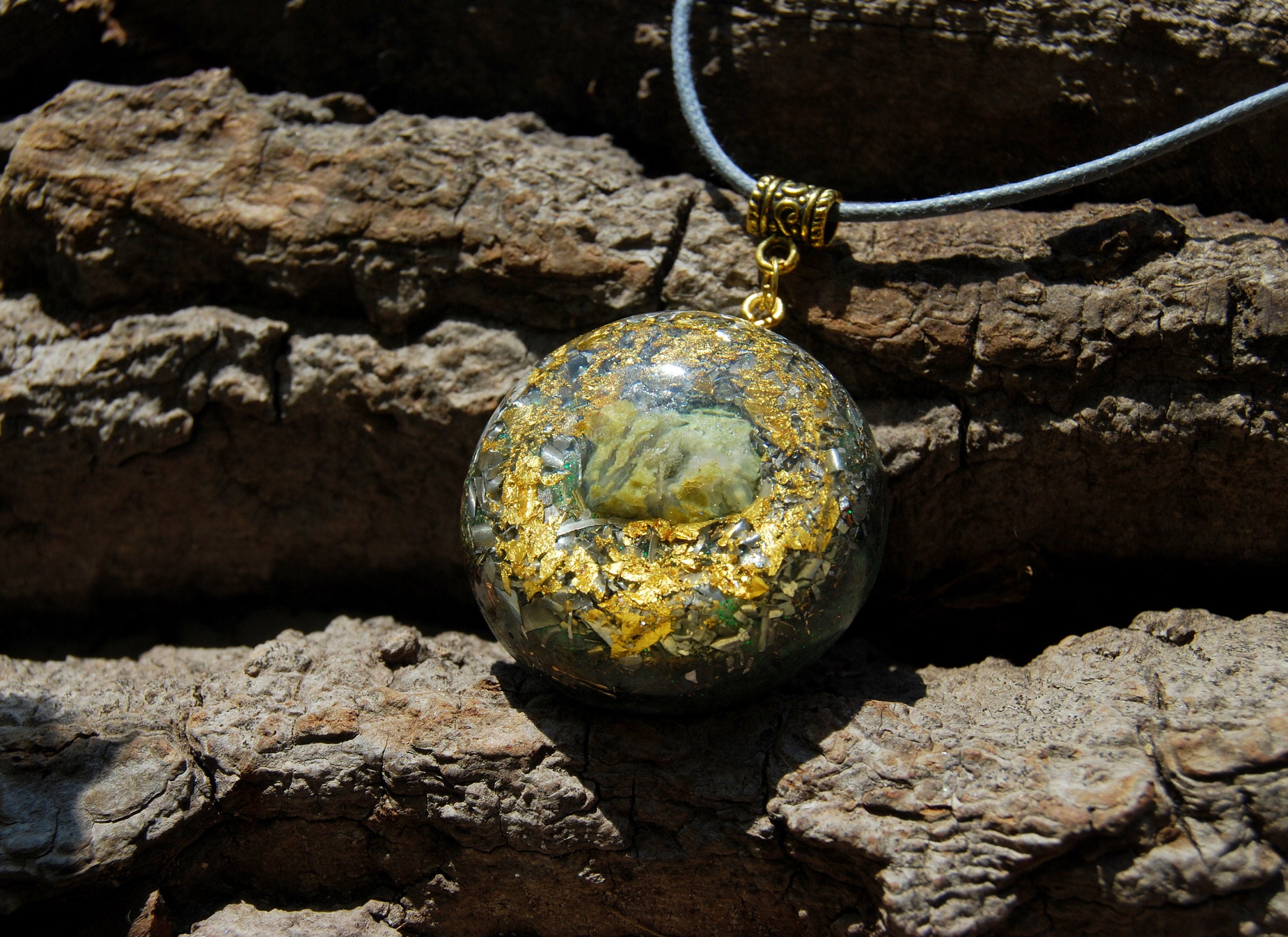 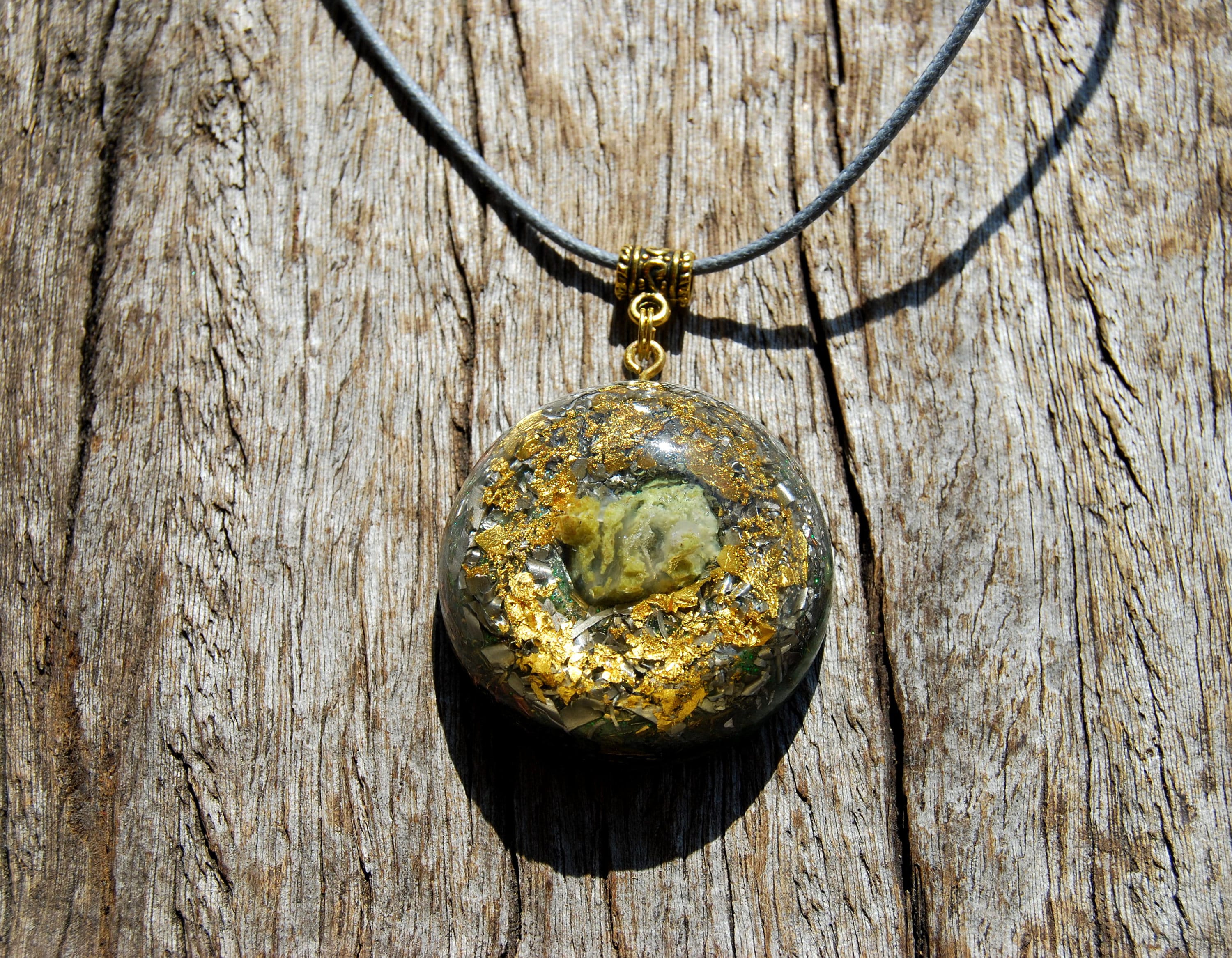 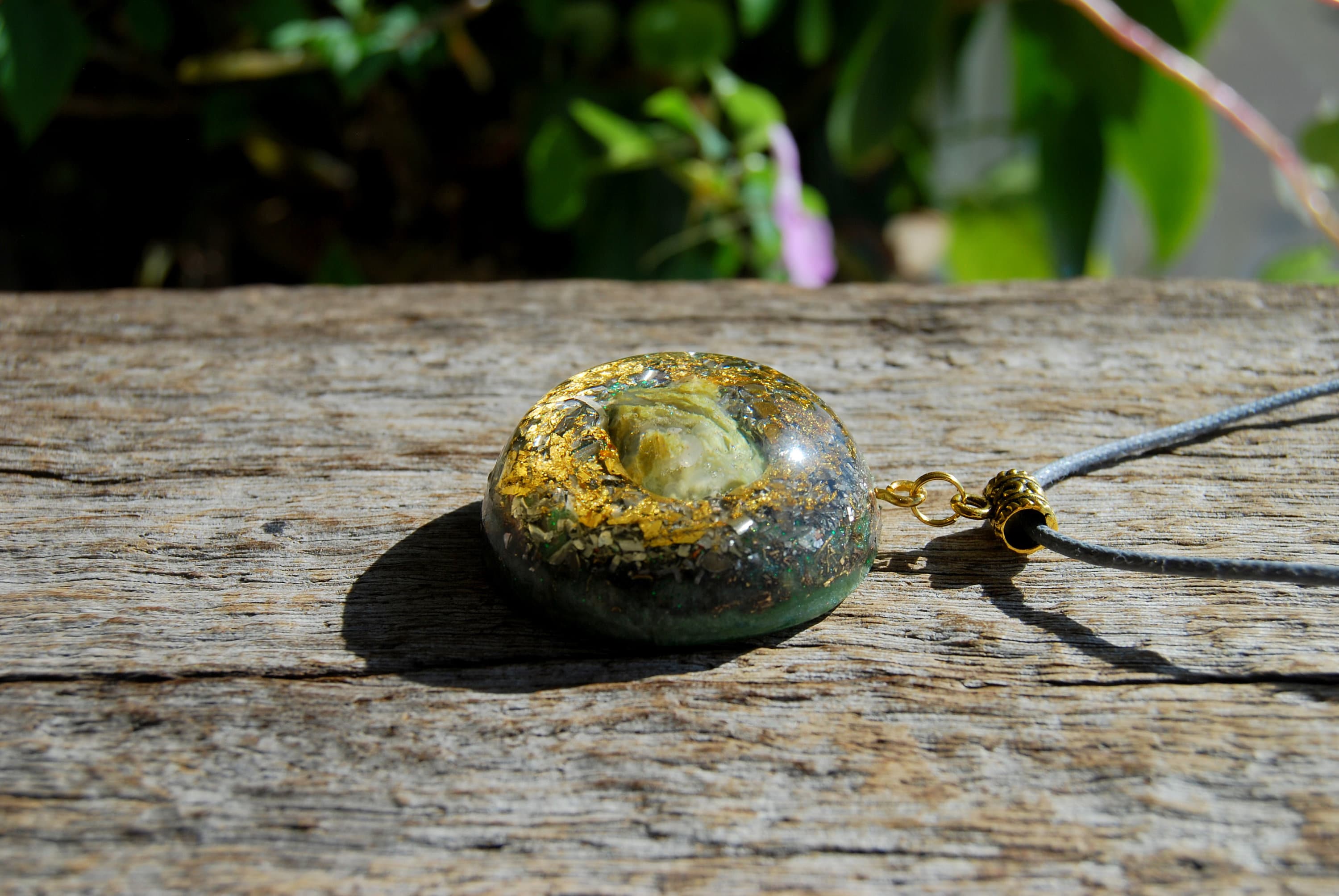 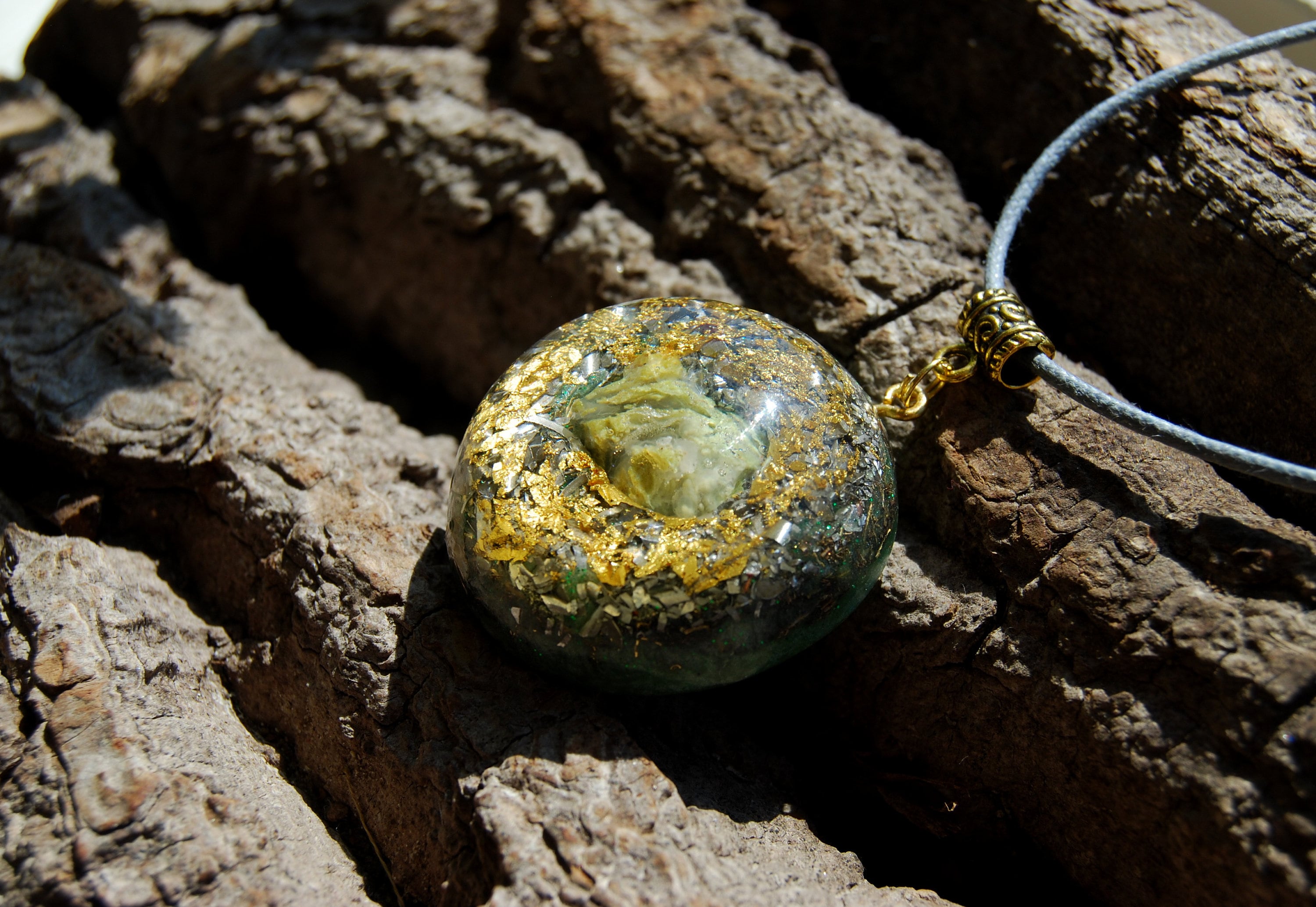 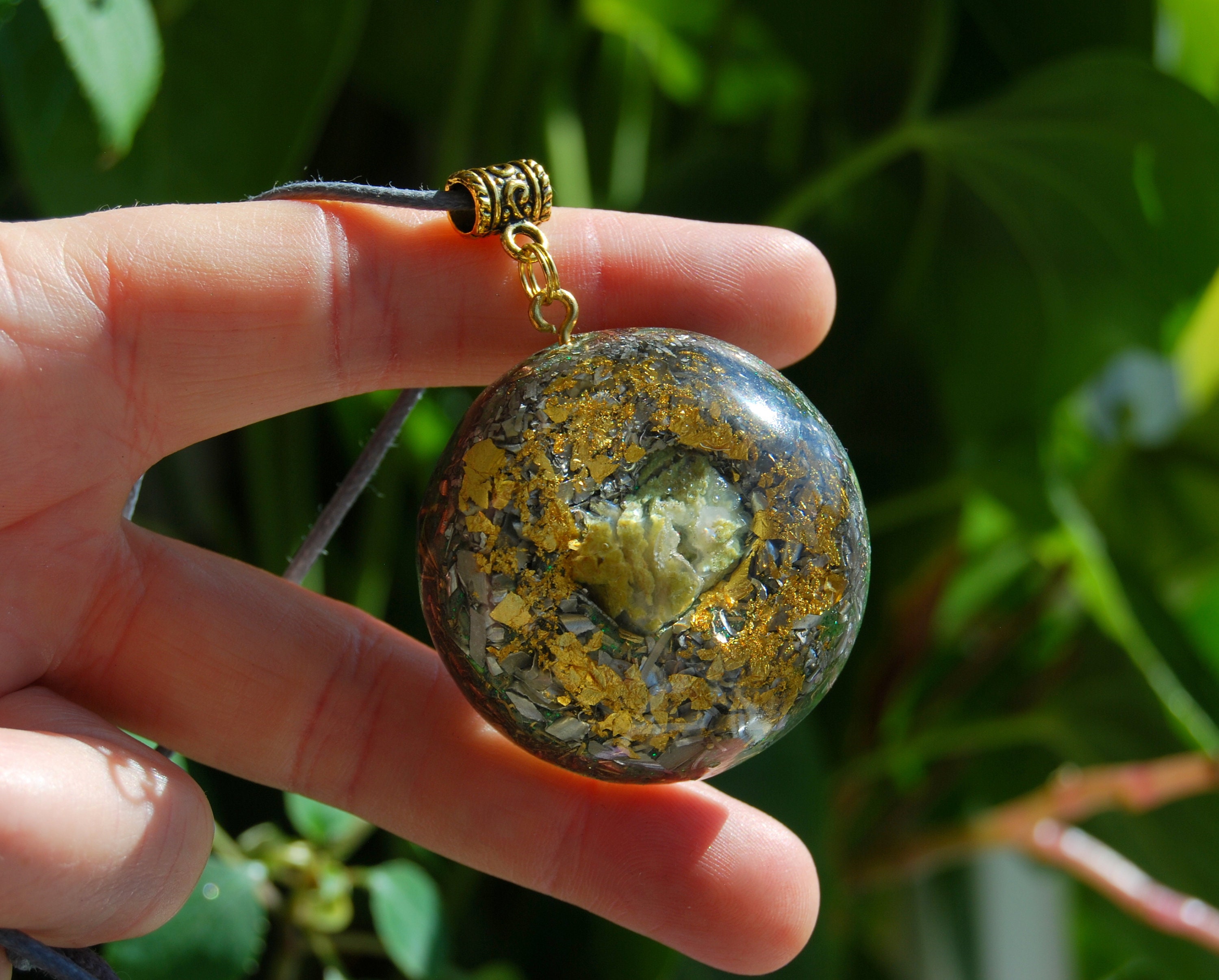 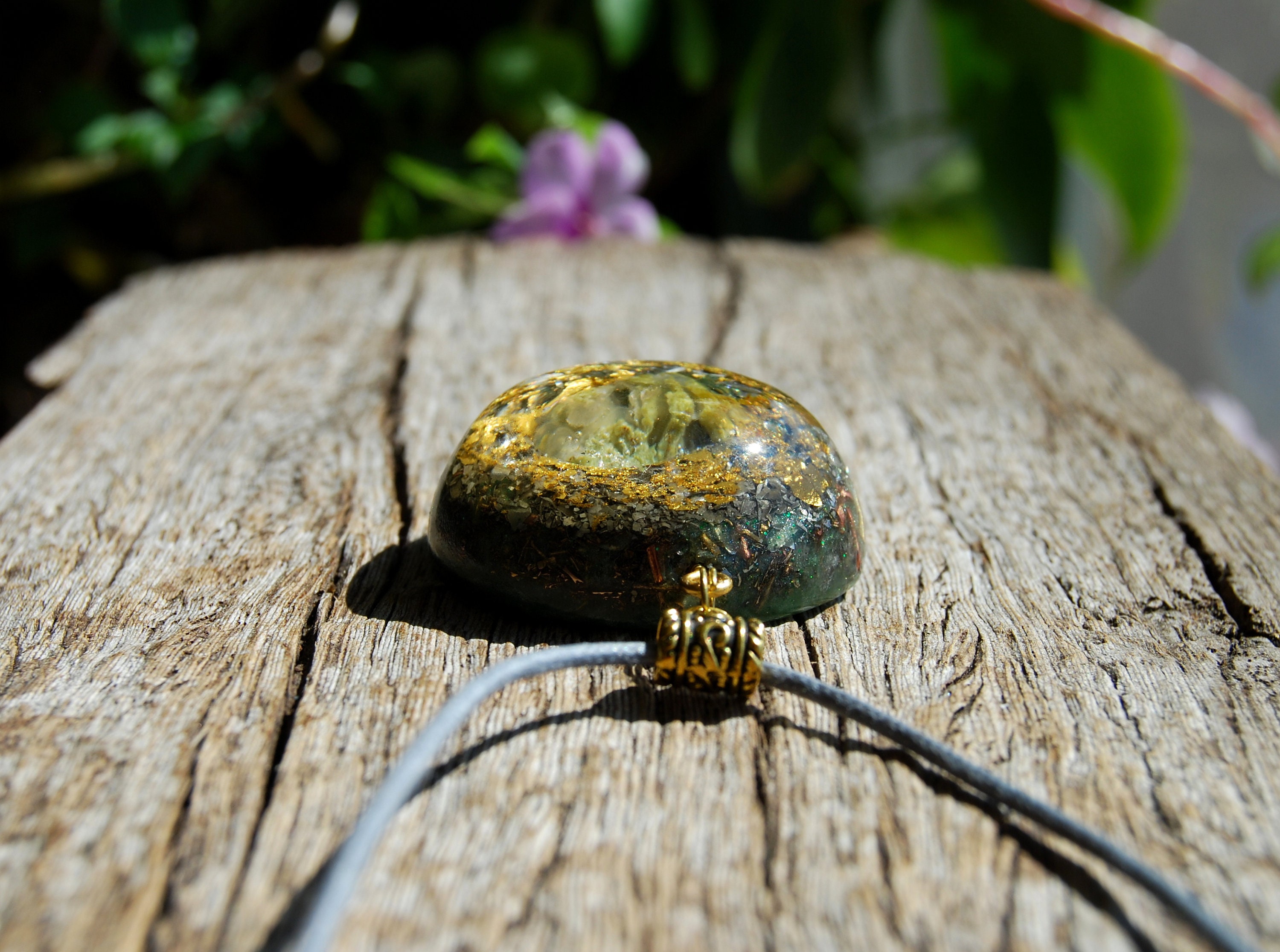 This unique 4.3 cm / 1.69" in diameter Orgonite® pendant is made out of lots of brass, aluminium, bronze and copper shavings. According to Wilhelm Reich's research lots of metal shavings are neccessary to remove stagnant energy.

The main stone is raw green Opal which you can see in the front and it is surrounded with 24K leaf Gold. Furthermore it consists Rose Quartz (self love), Elite Shungite (protection), black Tourmaline (to protect and ground excess energy), Rhodizite (to amplify) and clear quartz (for piezo-electric effect) all within a durable resin setting.

Green Opal is also a stone that is here to calm you down during hyper-emotional times. When held, it’s soothing energies can be felt to the touch. Meditating with a piece of Opal in the hand will not only calm the emotions but also slow your mind down. It's important for us to take a step away from everyday life and put ourselves first for a moment. Meditating with Green Opal repeatedly will help one fully open and cleanse their heart of all unwanted emotions.