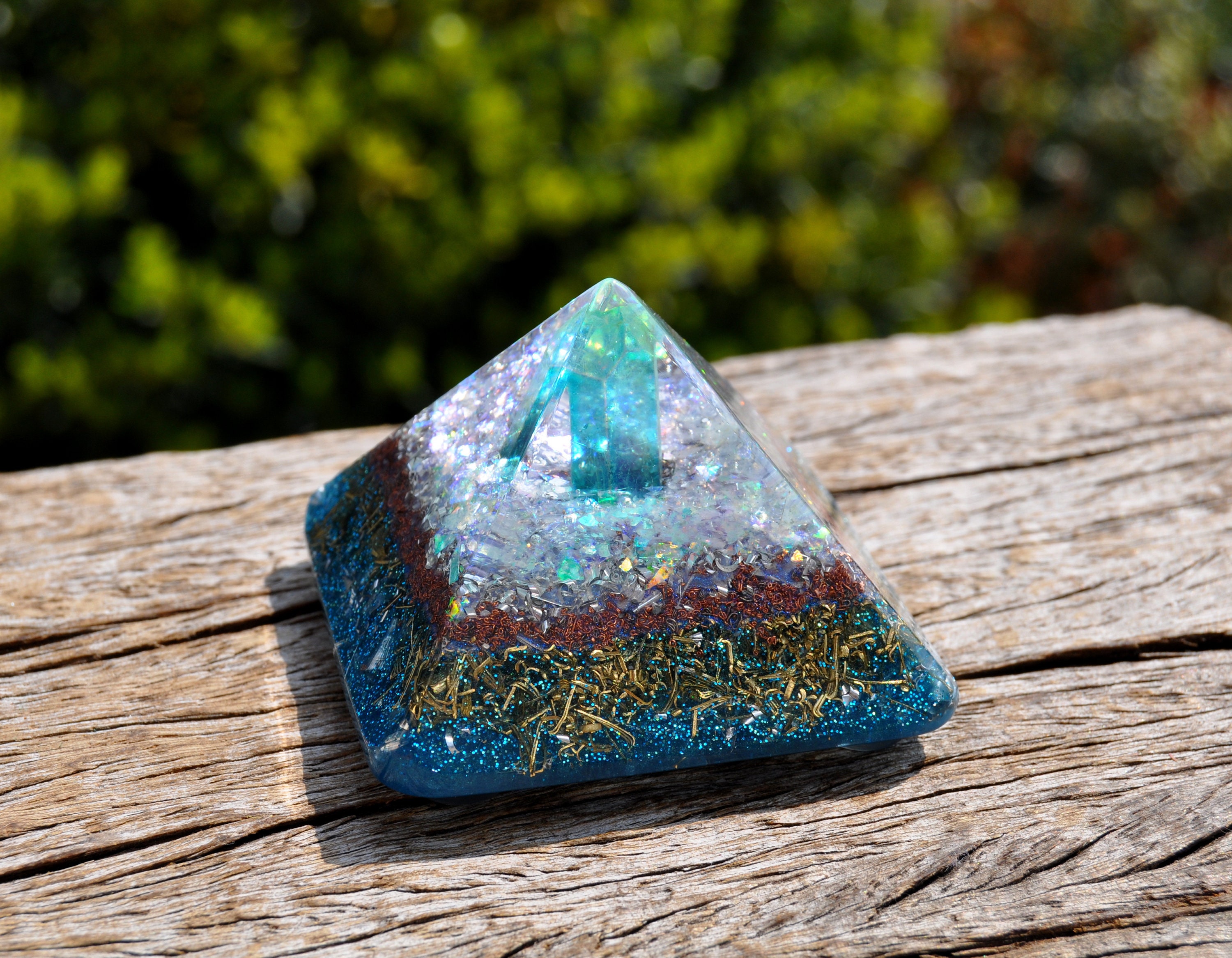 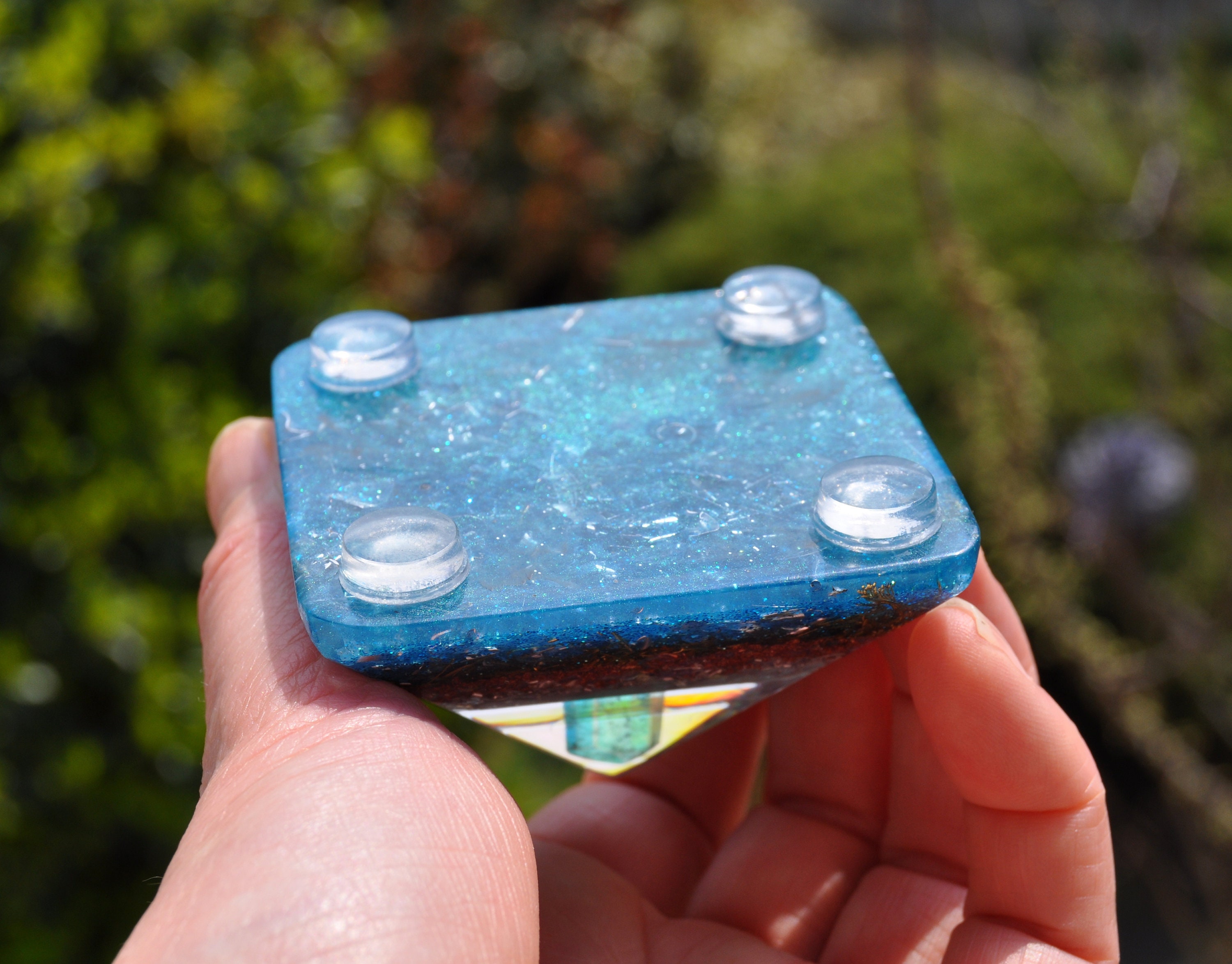 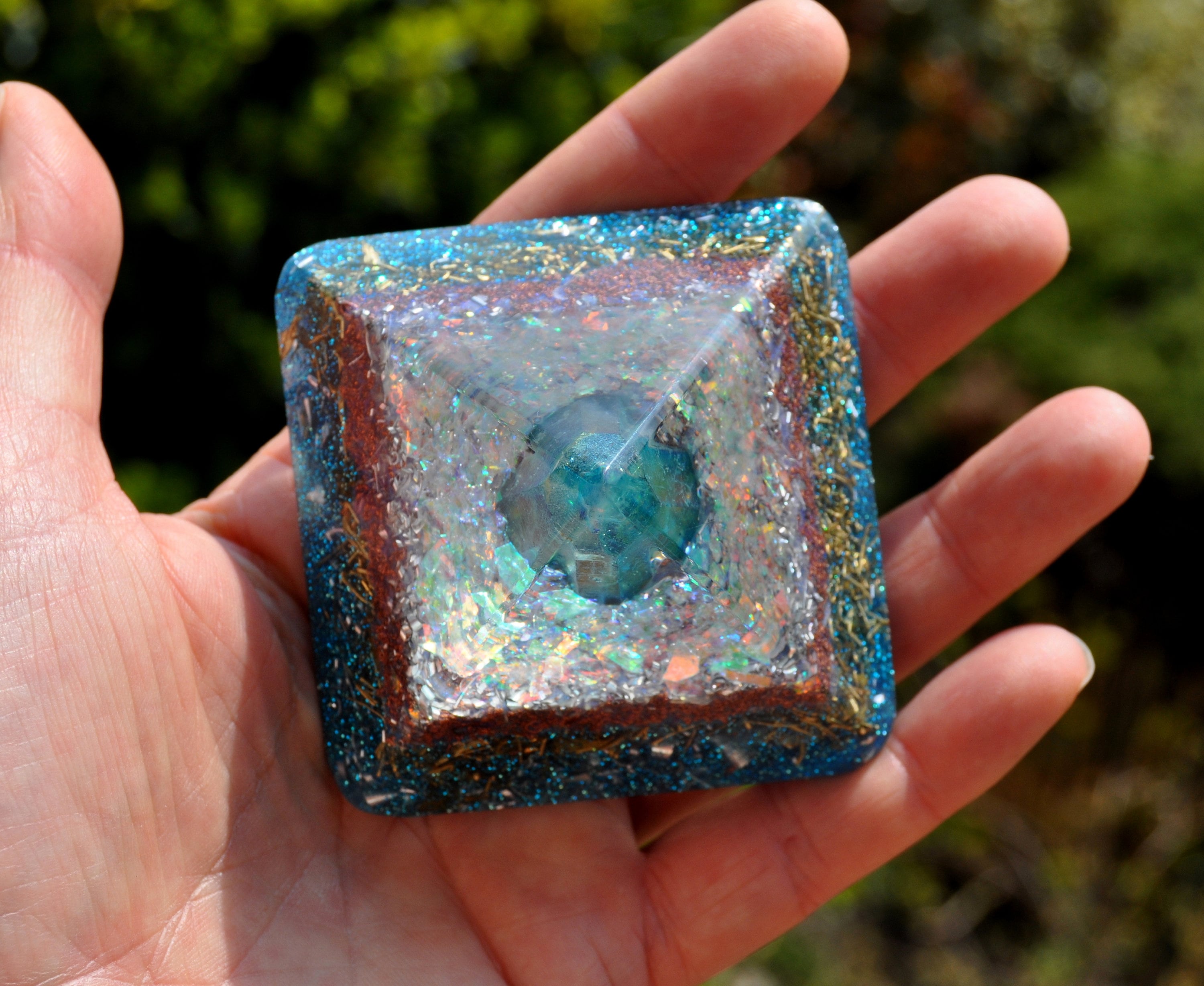 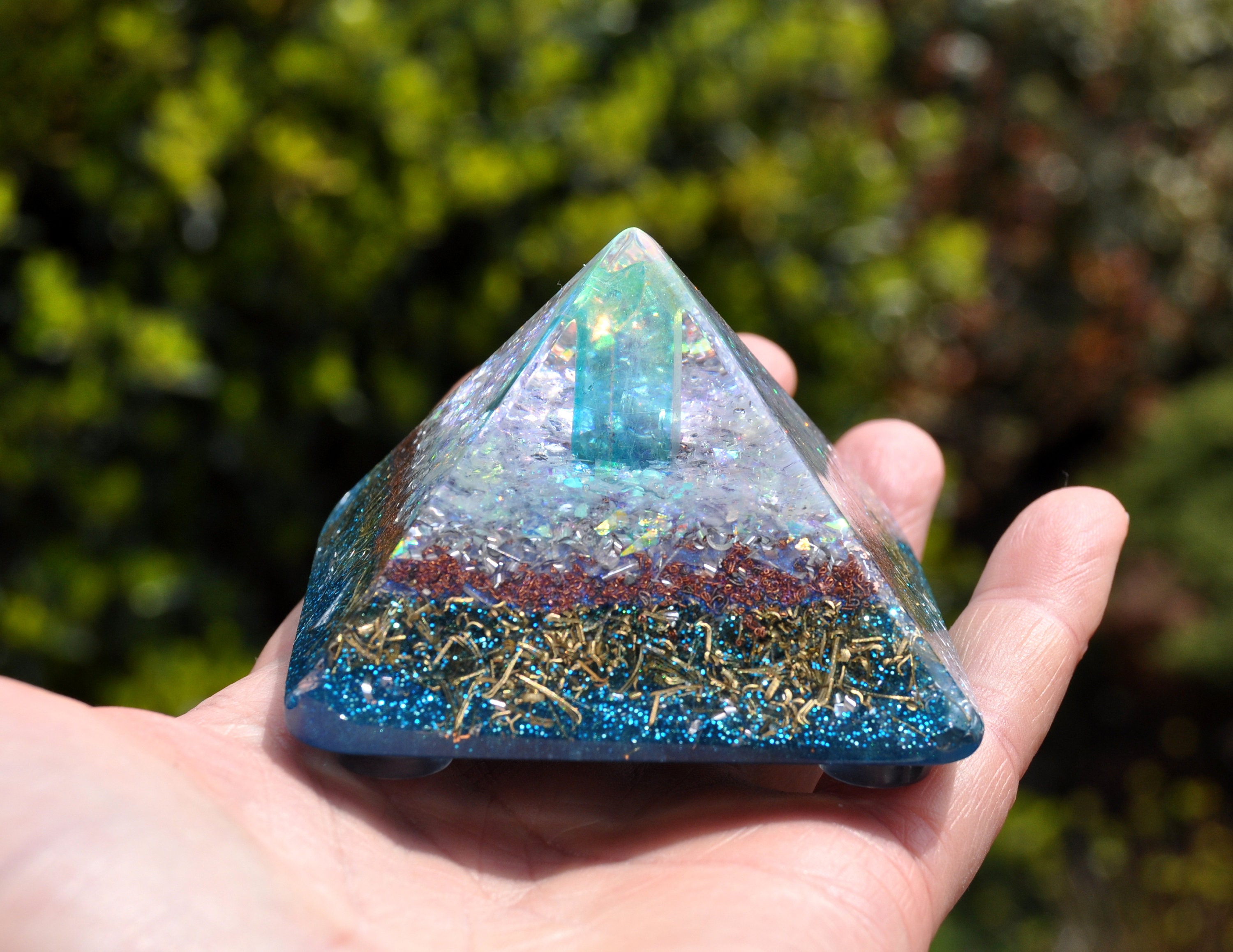 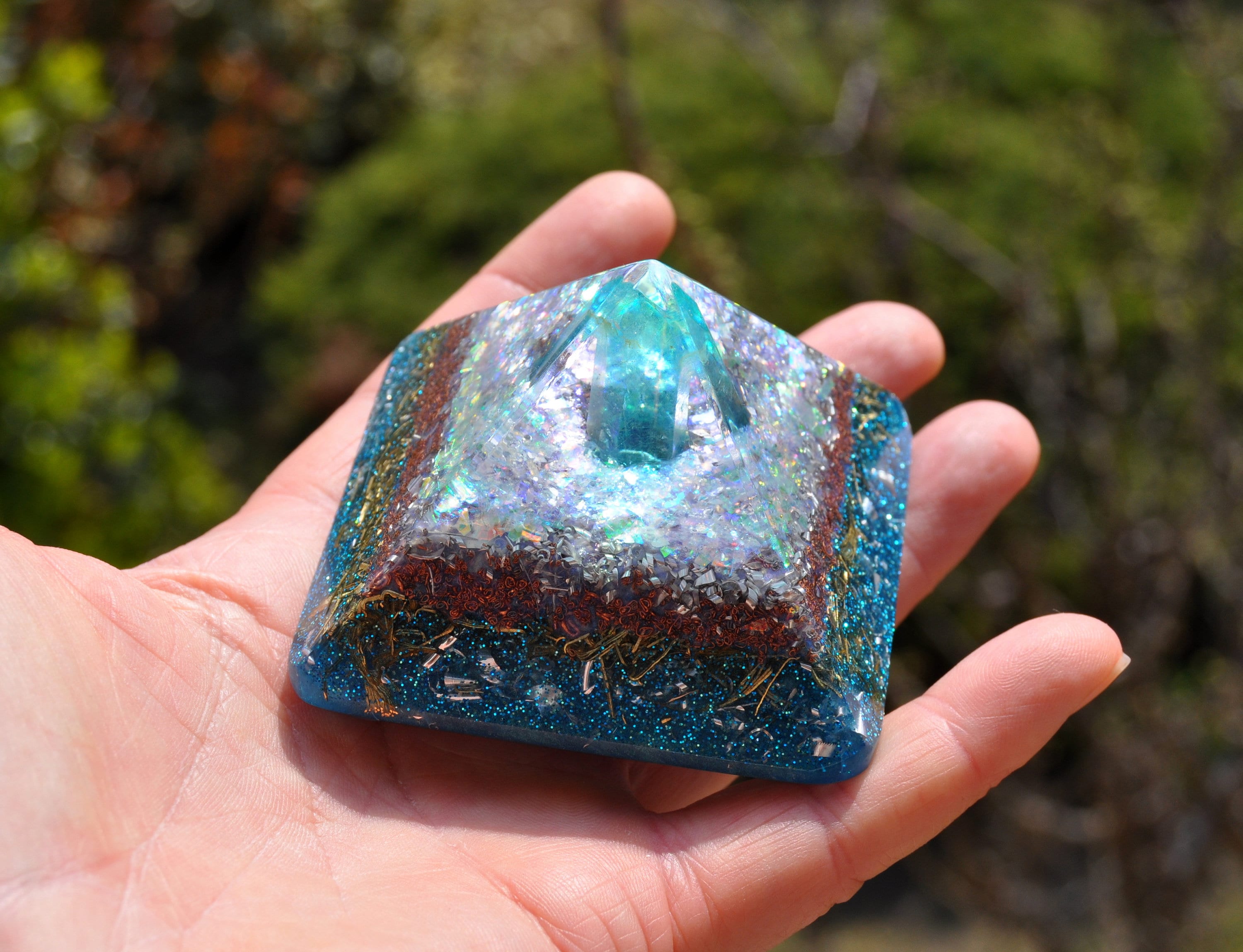 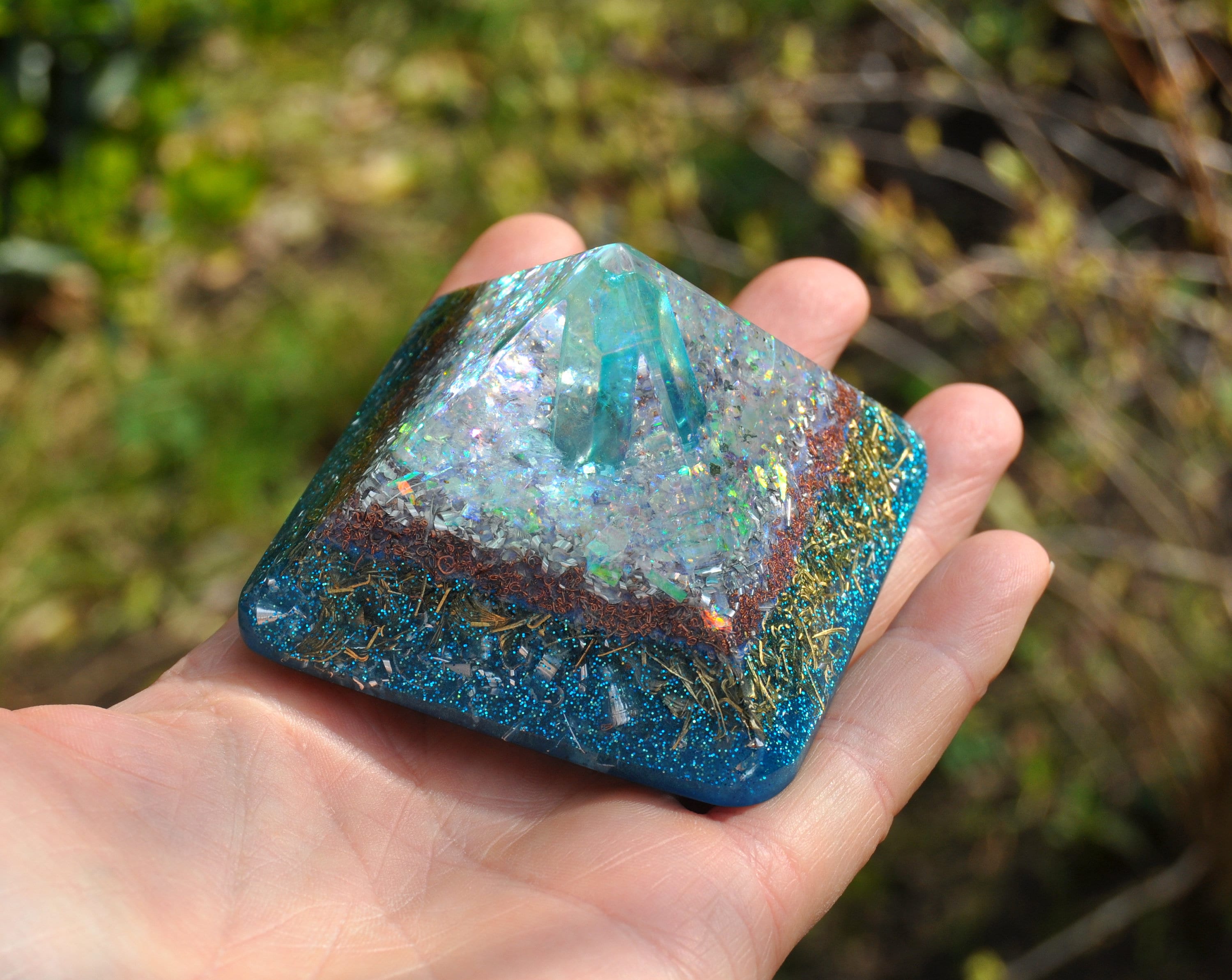 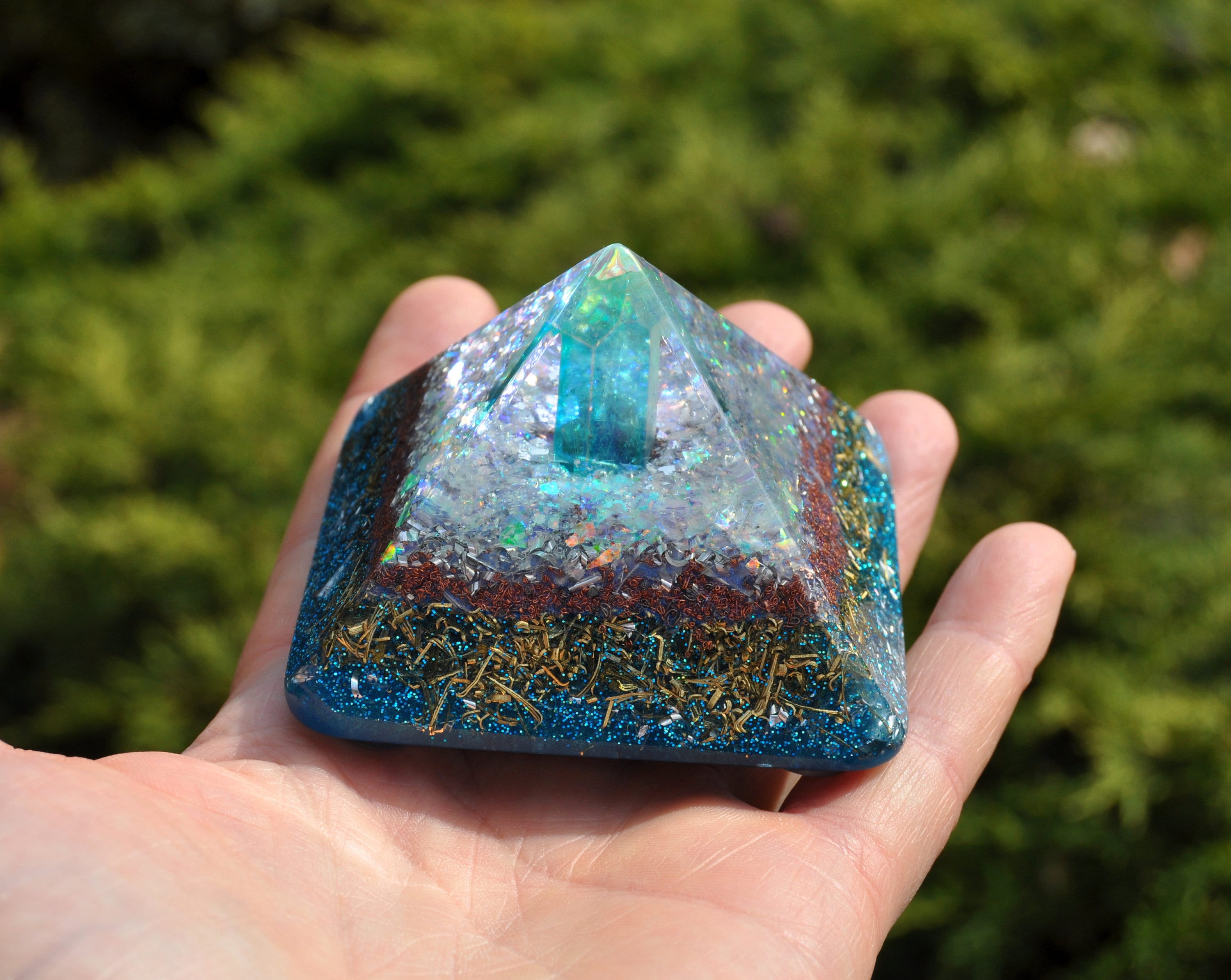 This is a unique Orgonite® pyramid with the original shape of the actual Giza pyramid in Egypt. It has an Aqua Aura Quartz crystal the top.

Aqua Aura Quartz is a beautiful bright blue color, but this color is not natural, yet these lovely stones have a very high and quite intense energy, that activates all of the chakras.
Their color is the result of a specific treatment process, where the crystals are heated, and fine vaporized gold is bonded to the stone's surface.
Although this is created by a completely unnatural process that permanently changes these crystals, it actually has a positive effect on the stone.