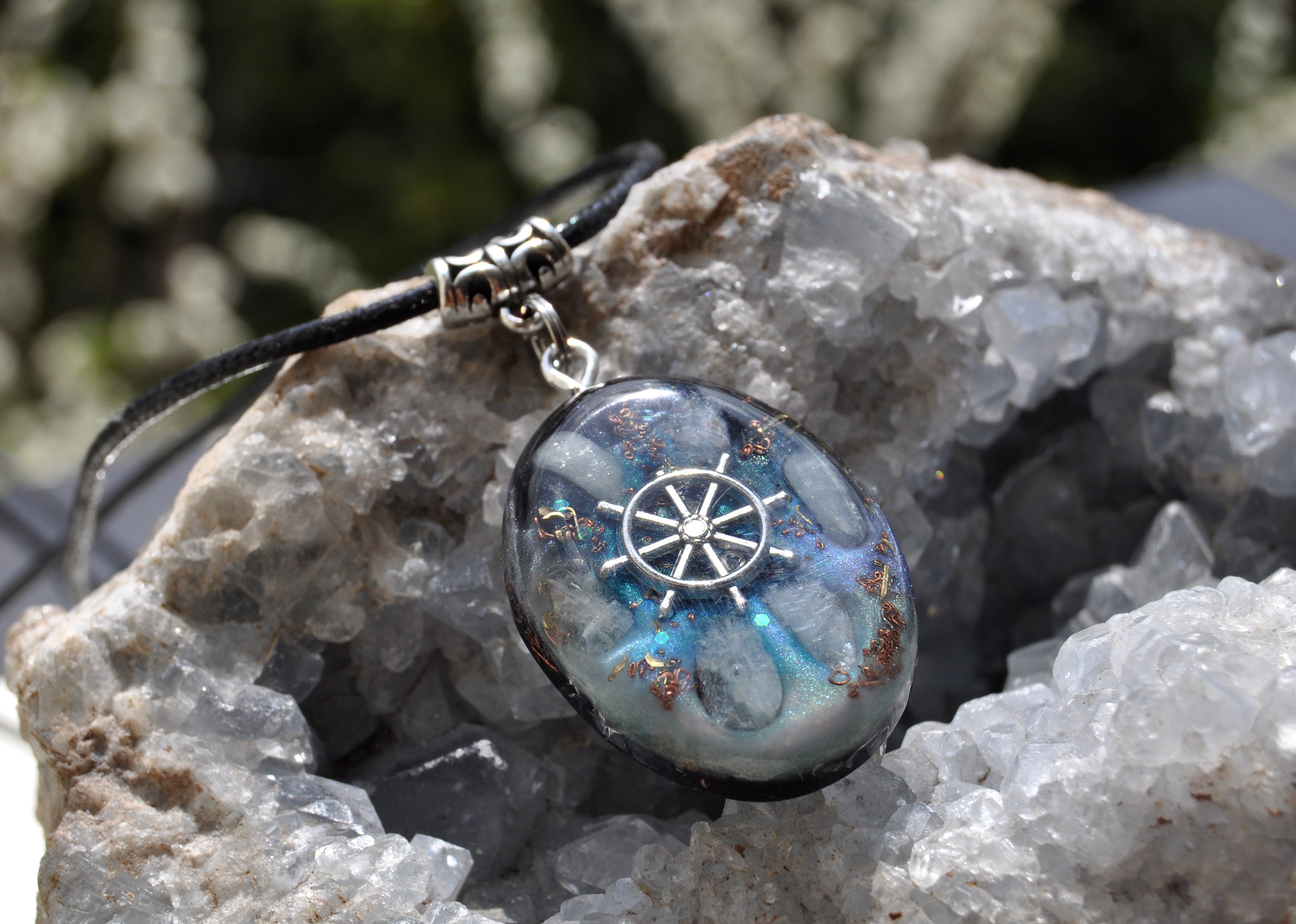 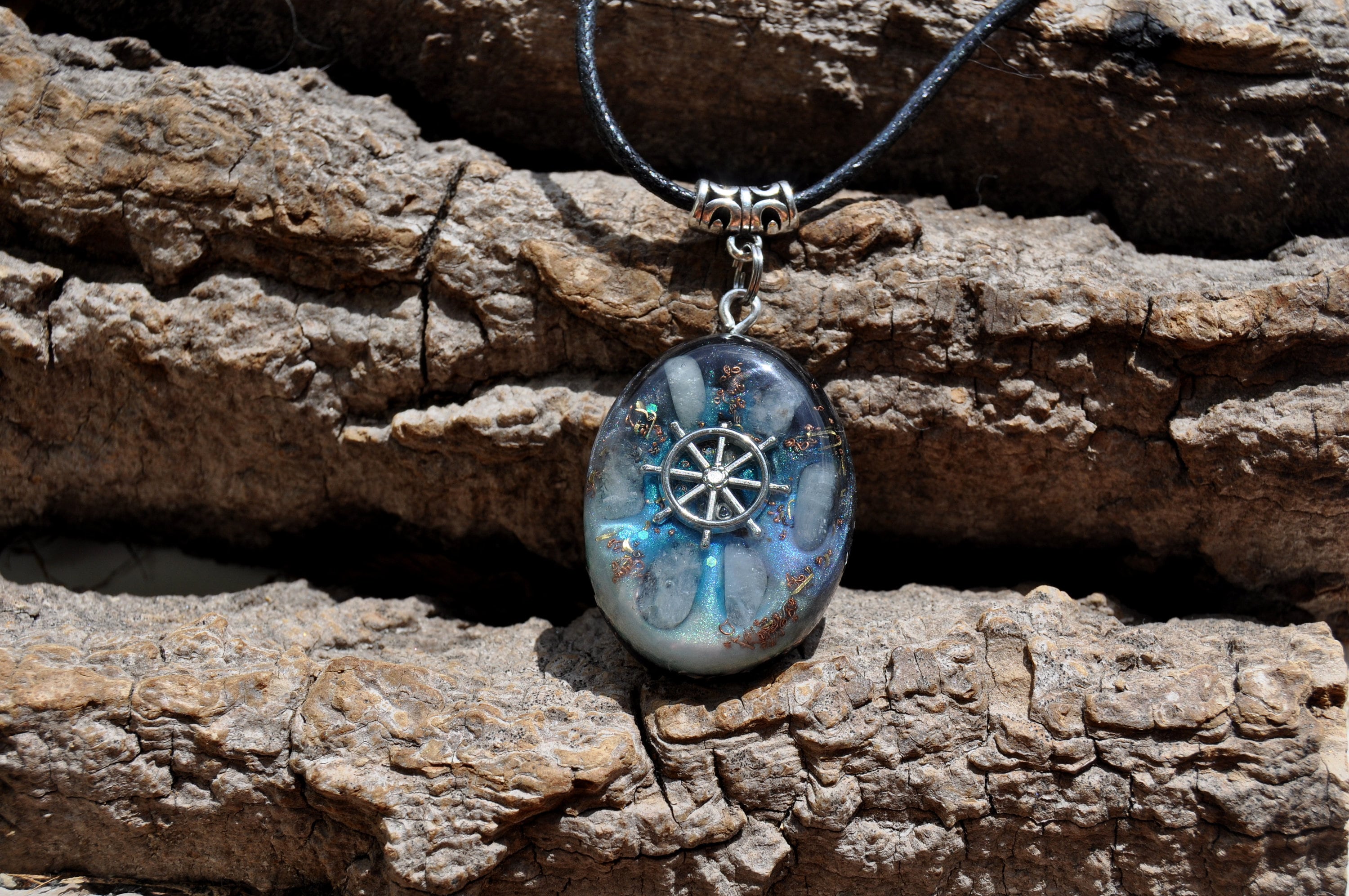 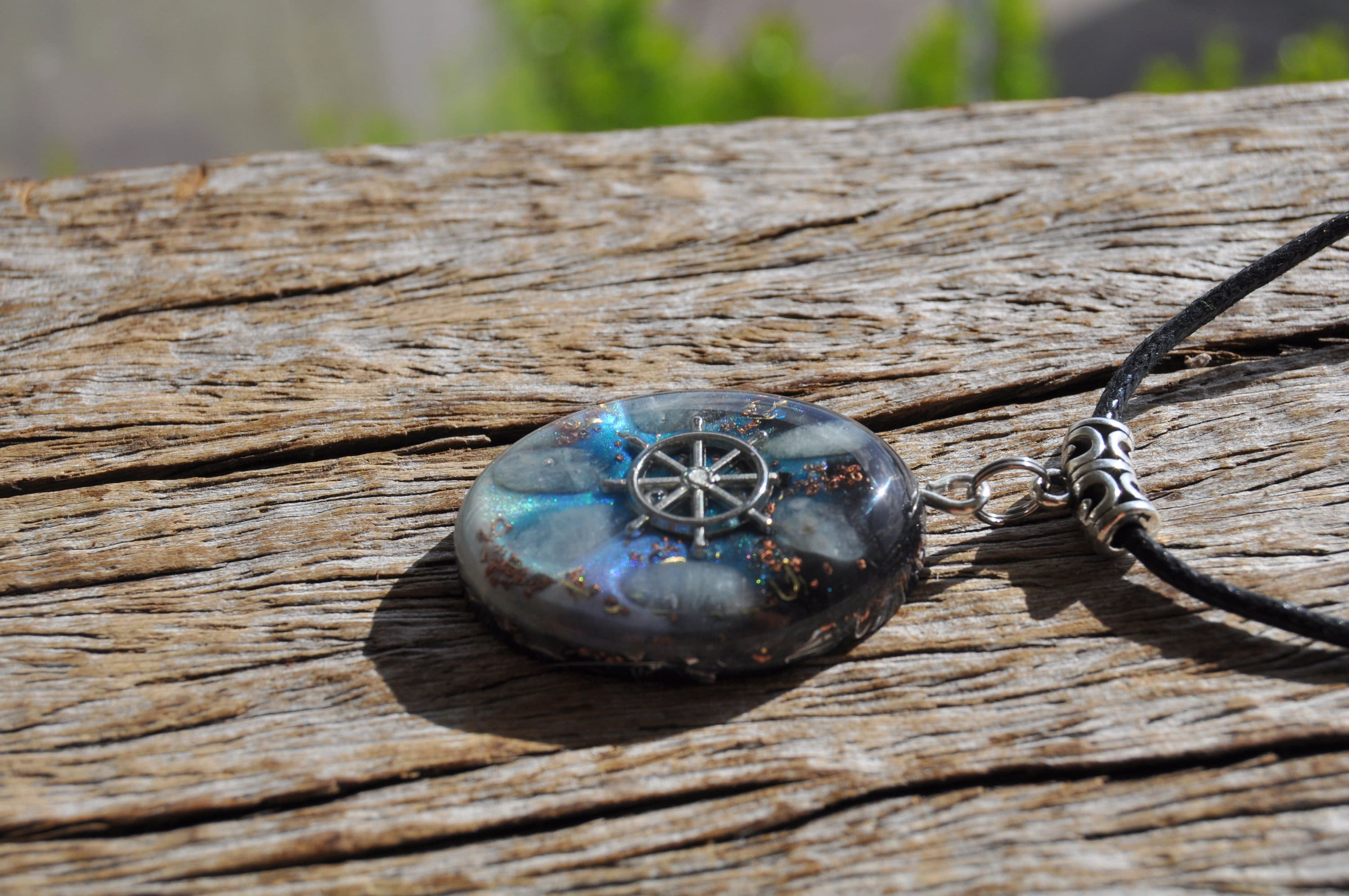 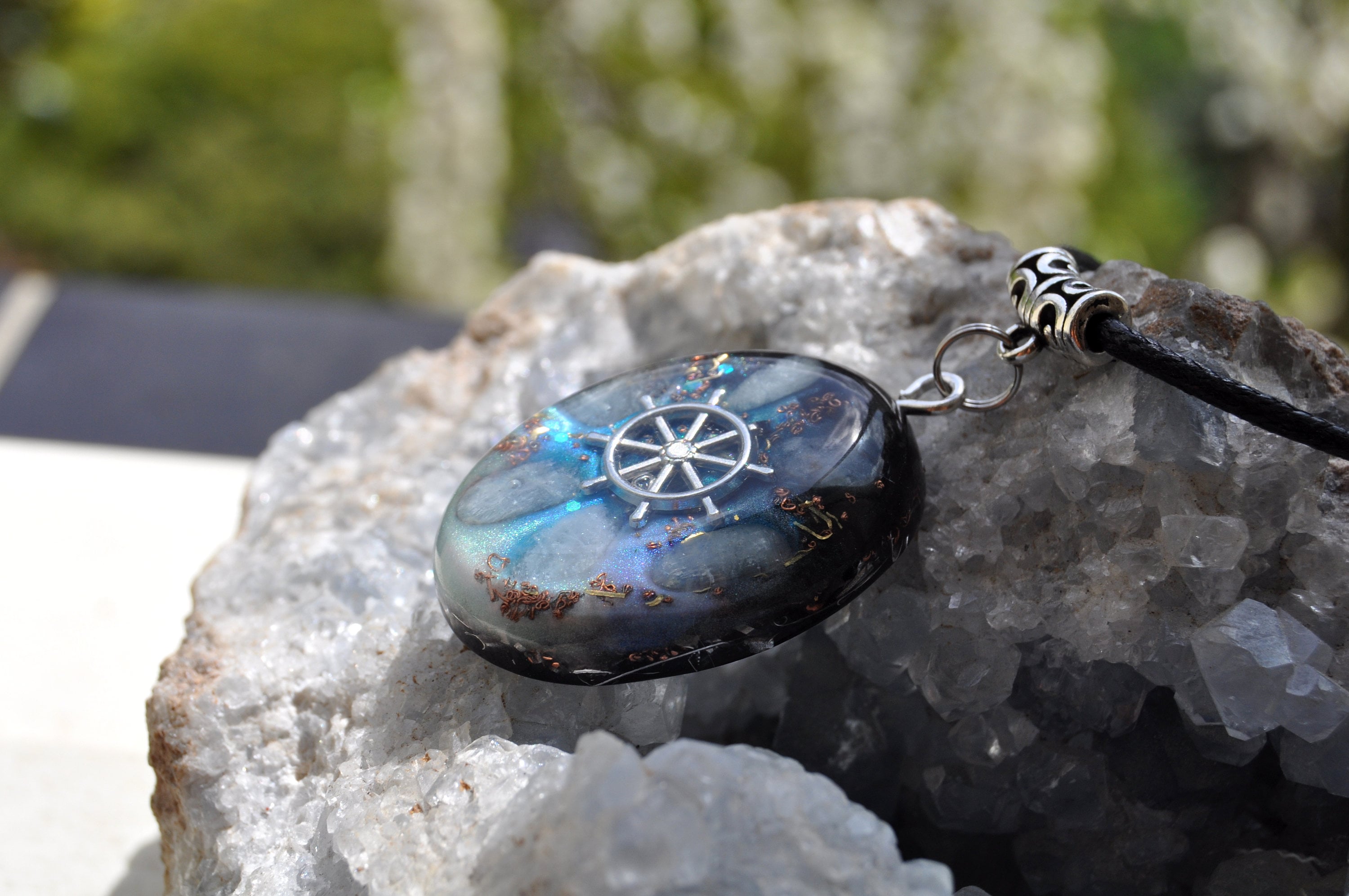 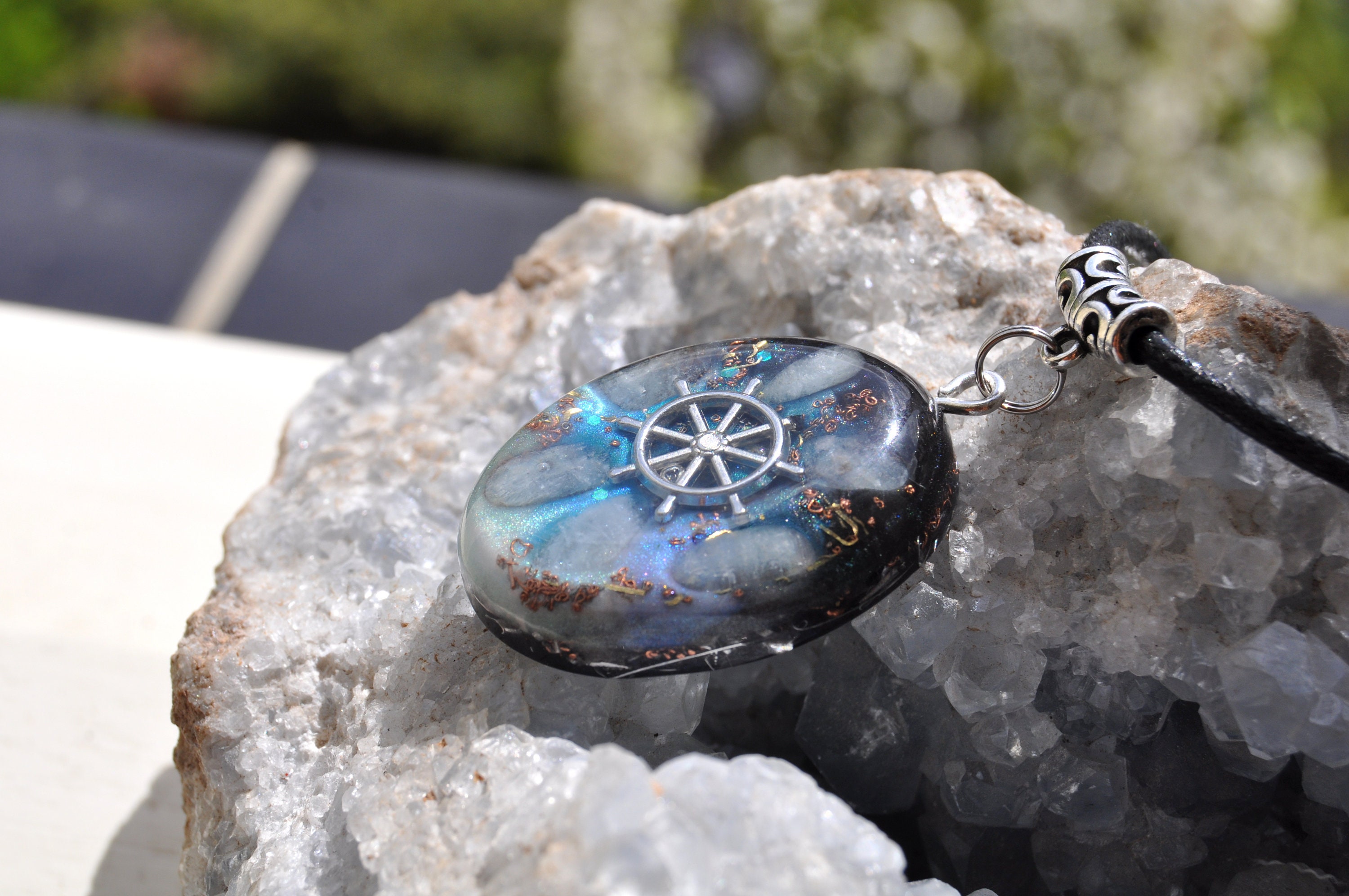 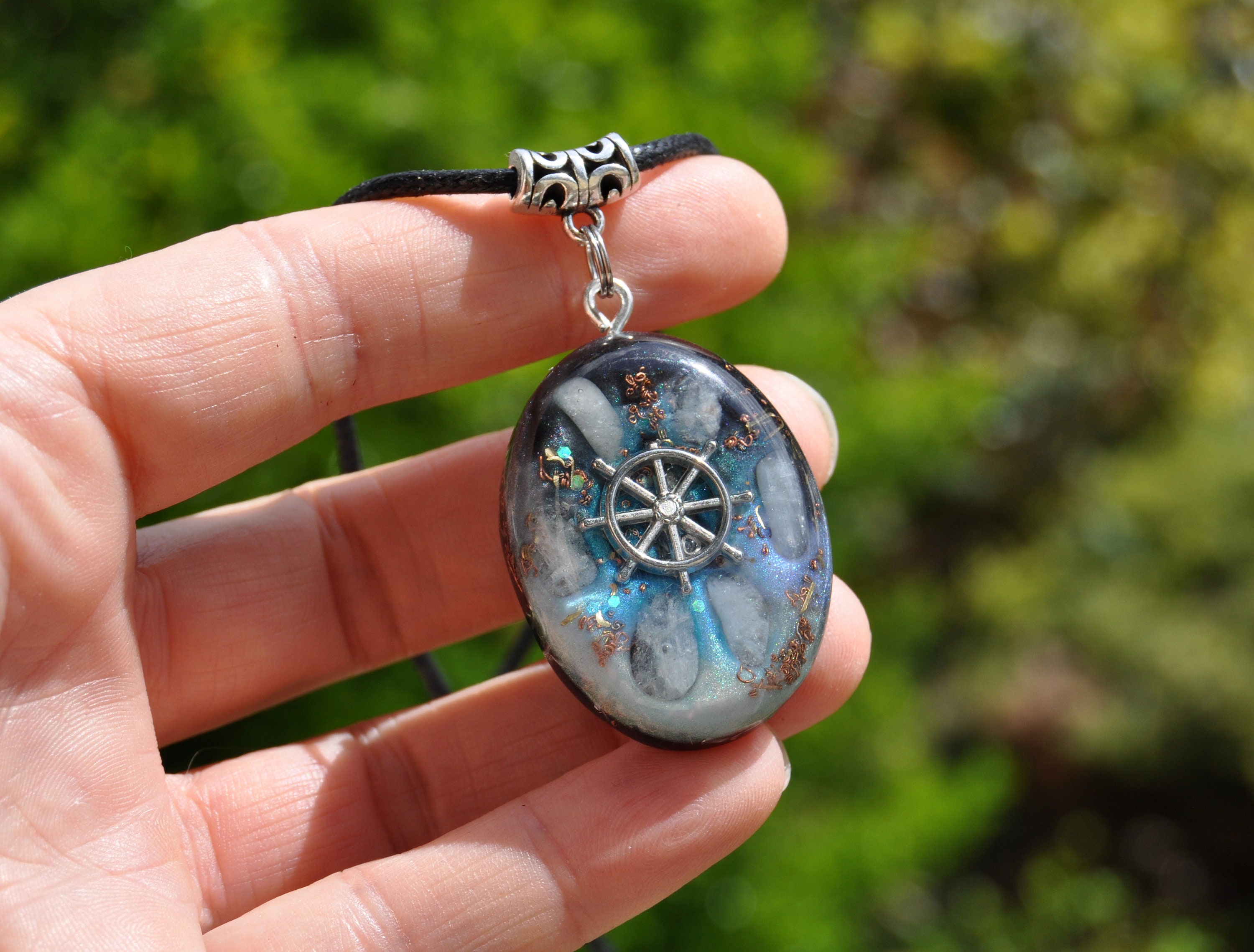 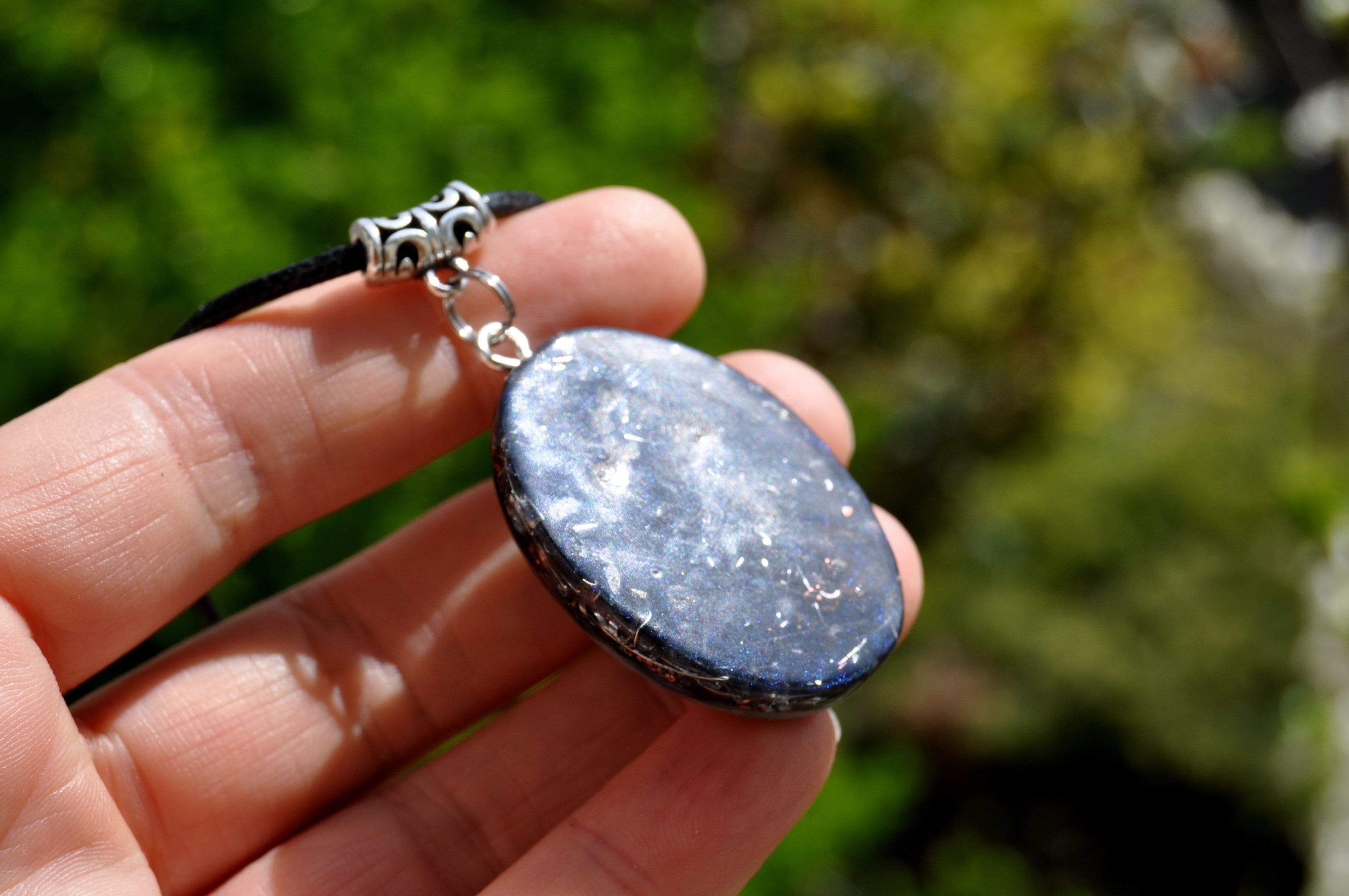 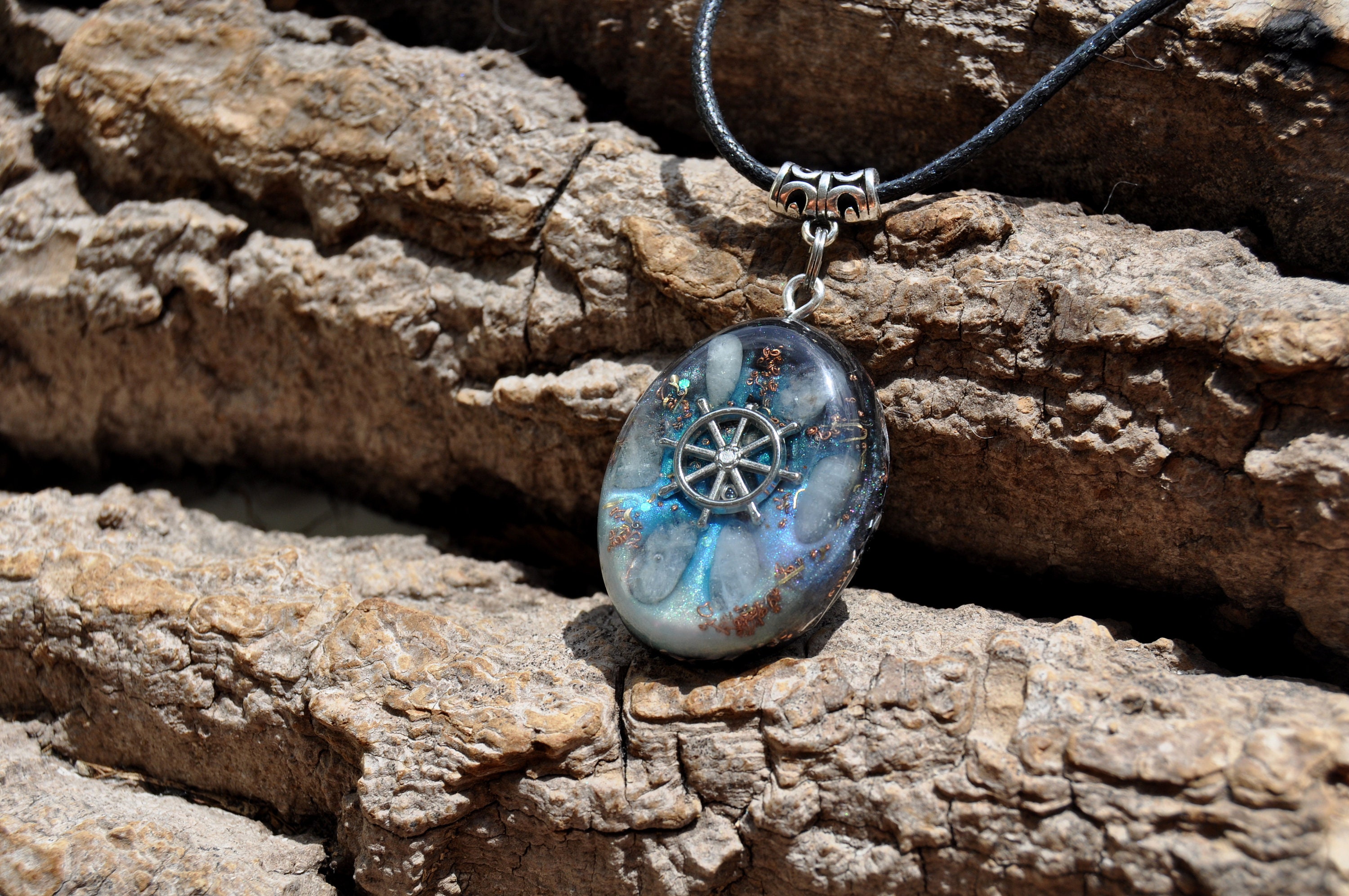 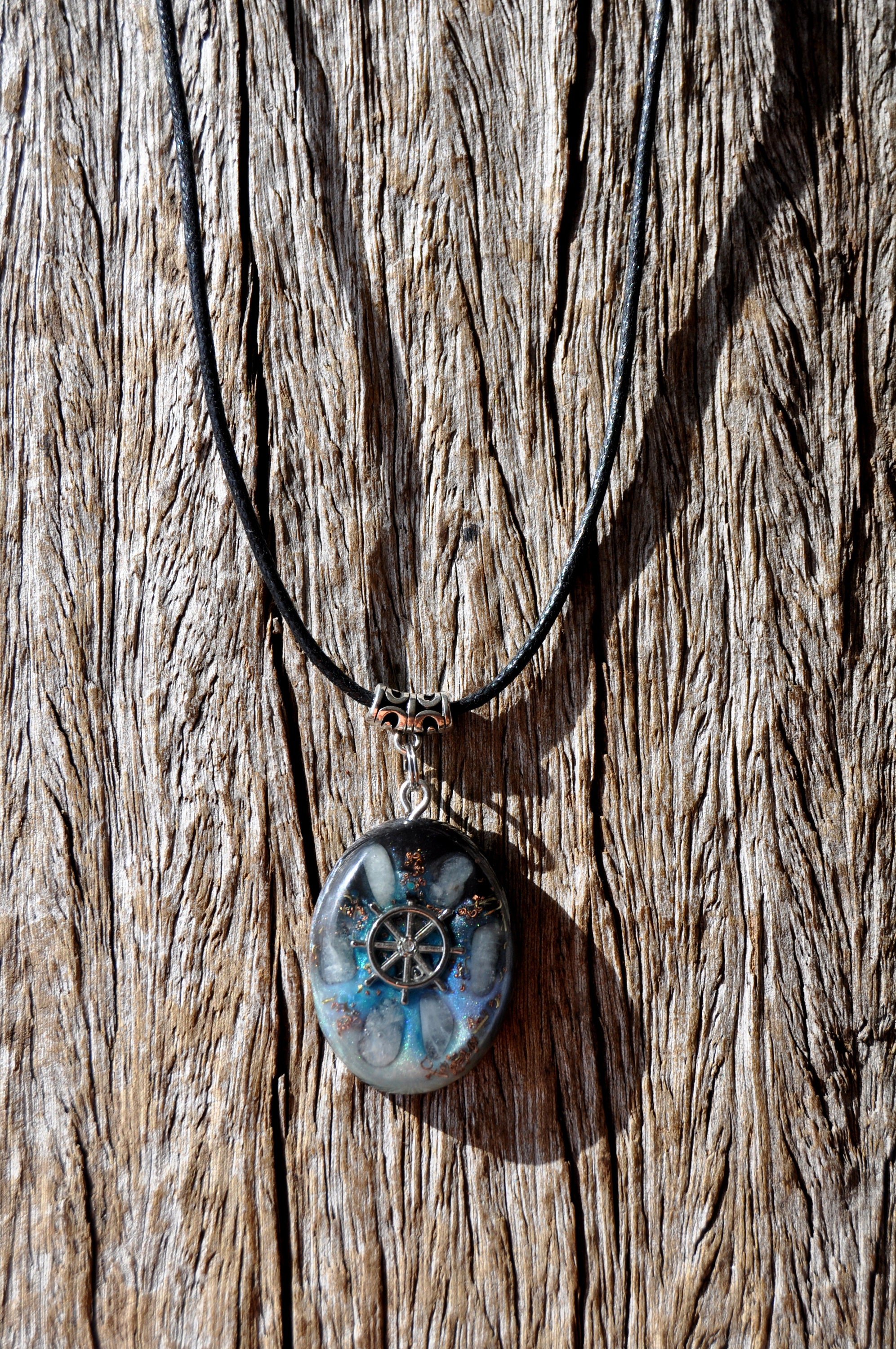 This lovely Orgonite® pendant contains aluminium, bronze, brass and copper shavings and features a nautical ships wheel. It furthermore contains Pyrite (to enhance), black Tourmaline (to protect and ground excess energy), Rhodizite (to amplify), Elite Shungite (to protect), Selenite (to clean and charge other crystals) and clear quartz (for piezo electric effect) all within a durable resin setting.

Aquamarine, a stone of serenity, calms and soothes with it’s lovely blue color and evokes the calm of the water with it’s given name, which is interpreted at ‘water of the sea’ derived from Latin. A stone that celebrates the sea goddess of ancient times, it was carried by those who traveled on sea voyages to return safe and prosperous. A truly fascinating stone, it opens your intuition and awareness to the inner ocean of wisdom and creativity.

Since ancient times, it has been believed that Aquamarine counteracts the forces of darkness, as well as procuring favor from the spirits of the light.

Aquamarine emits a compassionate energy, that brings a deep relaxation and a lovely liquidity to one’s body as well as the mind. This stone is said to heighten one’s awareness of truth on all levels of being, illuminating hidden causes of any unpleasant situation so one may learn and master the lessons to move on to the next step. It accelerates one’s intellectual reasoning process in a gentle manner that works not only in the physical world, but through and about oneself as well. Aquamarine will emit flexibility and moderation, assisting the judgemental to a more tolerant level.

Aquamarine encourages ones ability to always be prepared, as well as helping those who are overwhelmed with responsibility to bring order to the process they are dealing with.