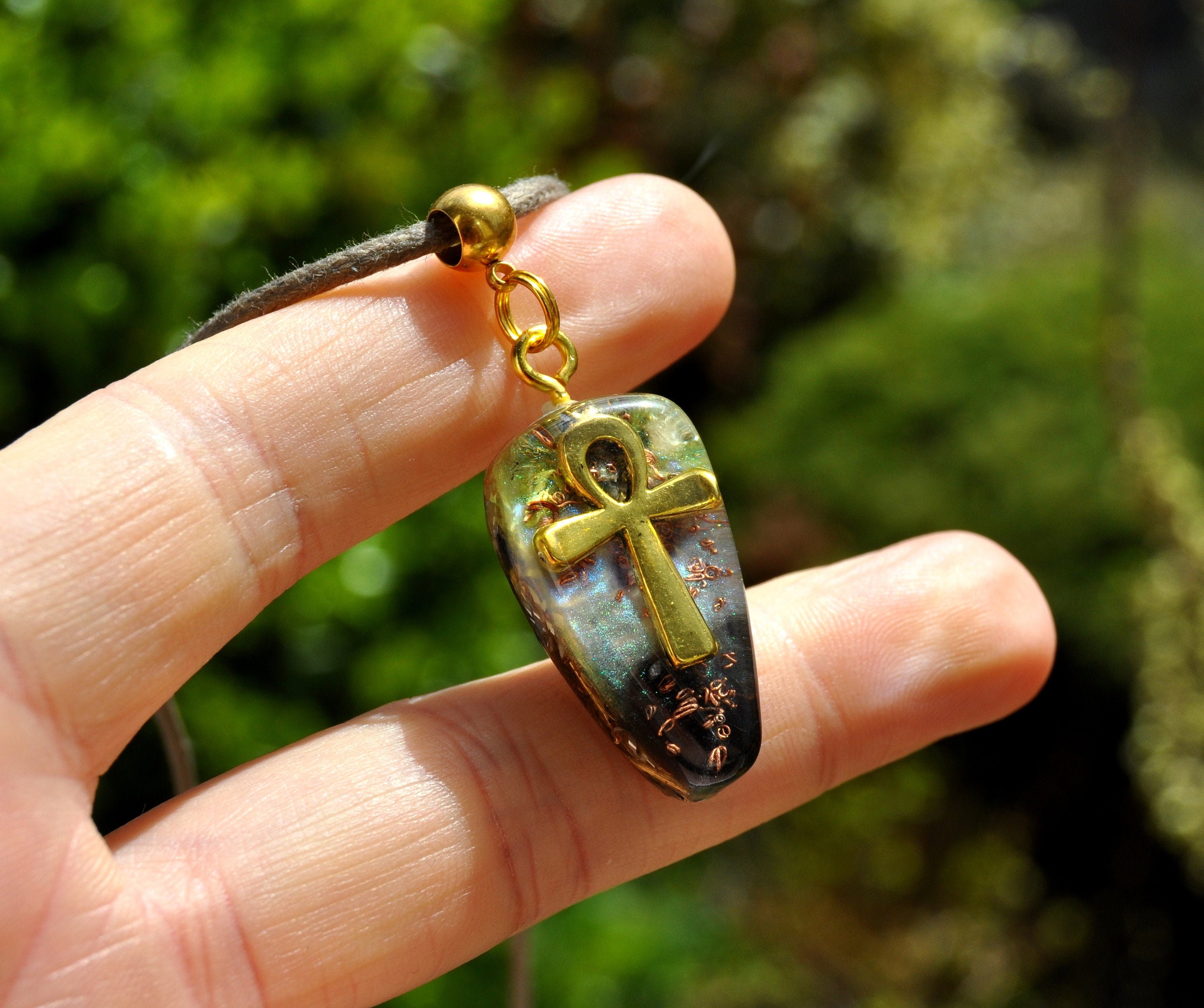 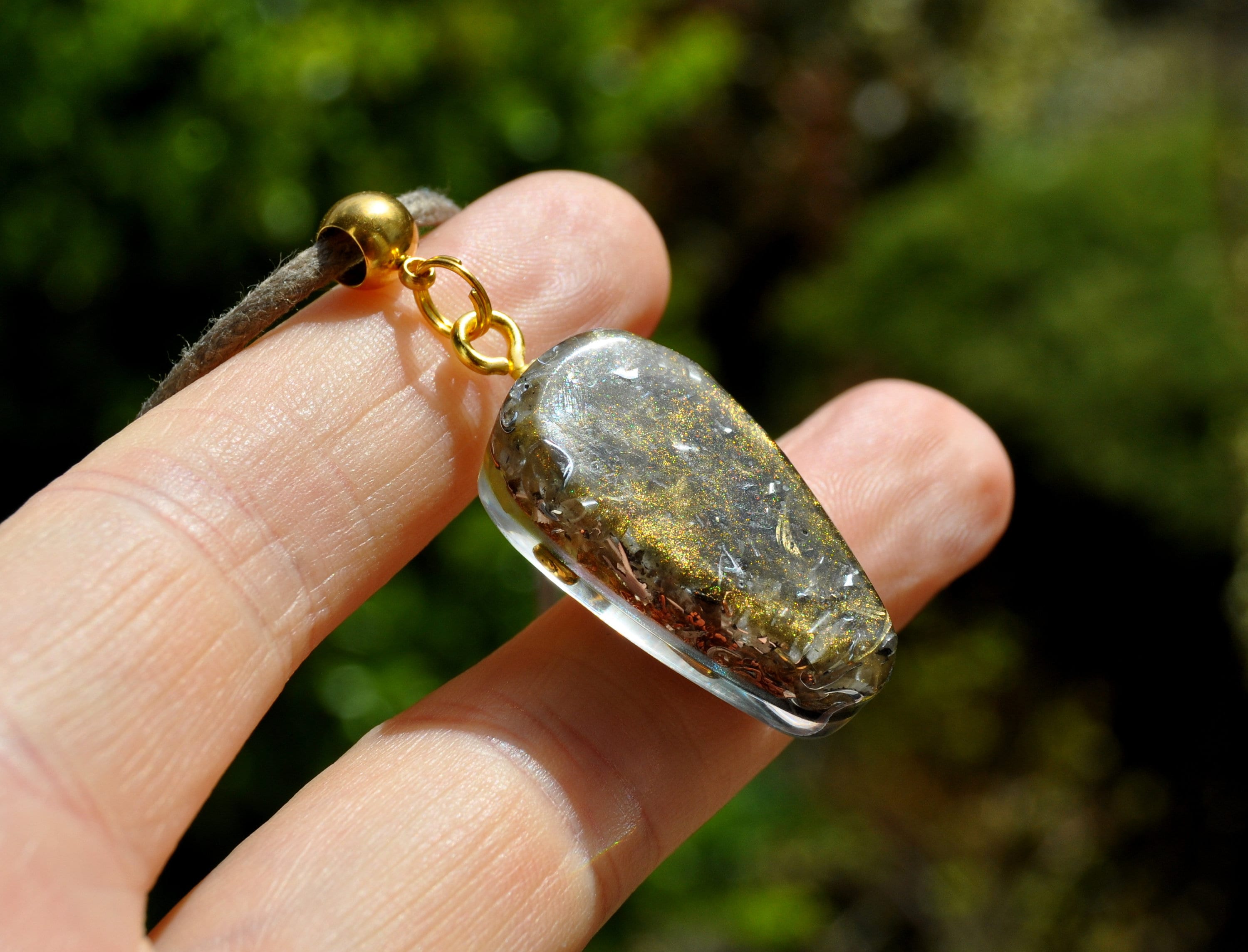 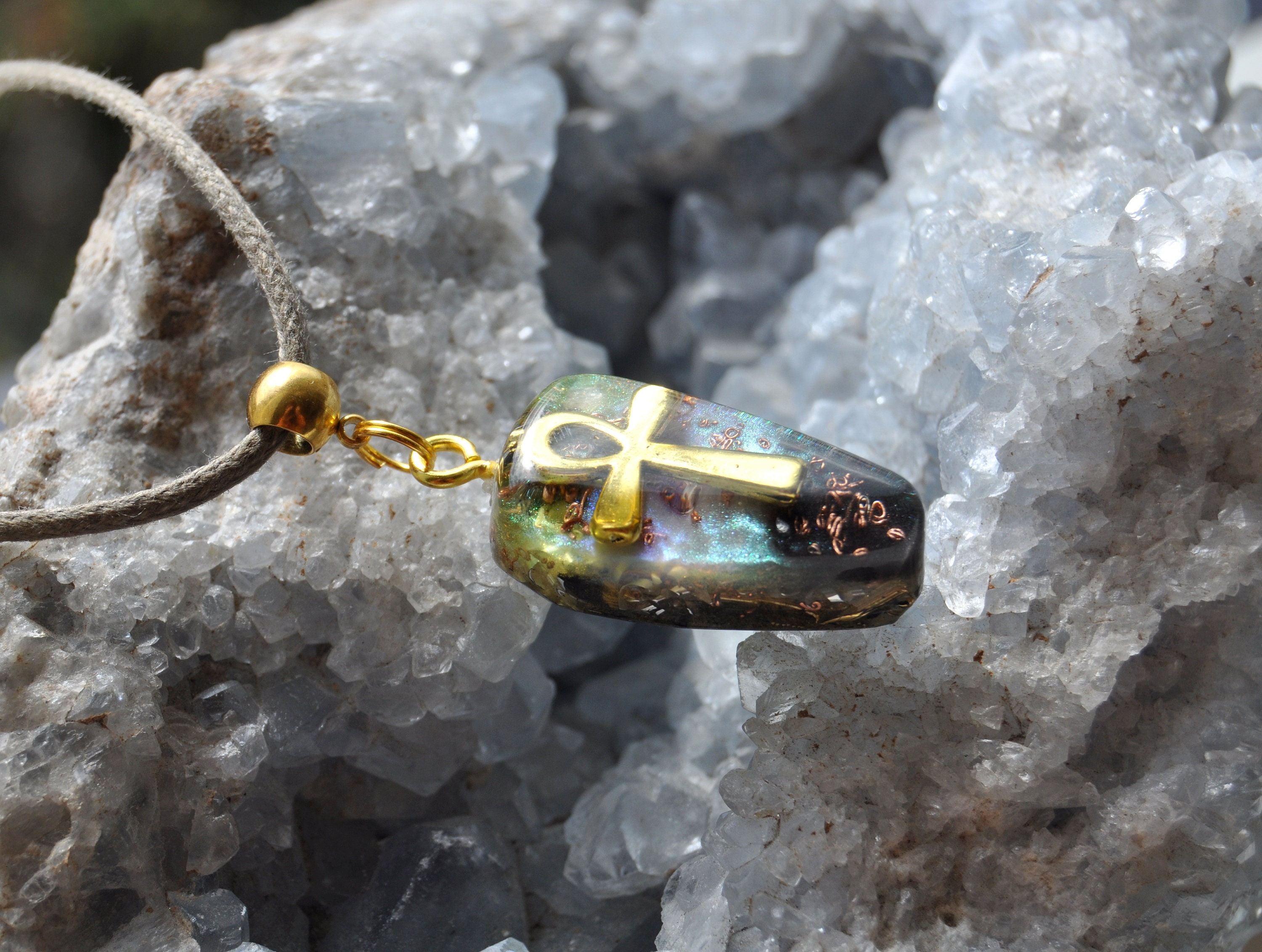 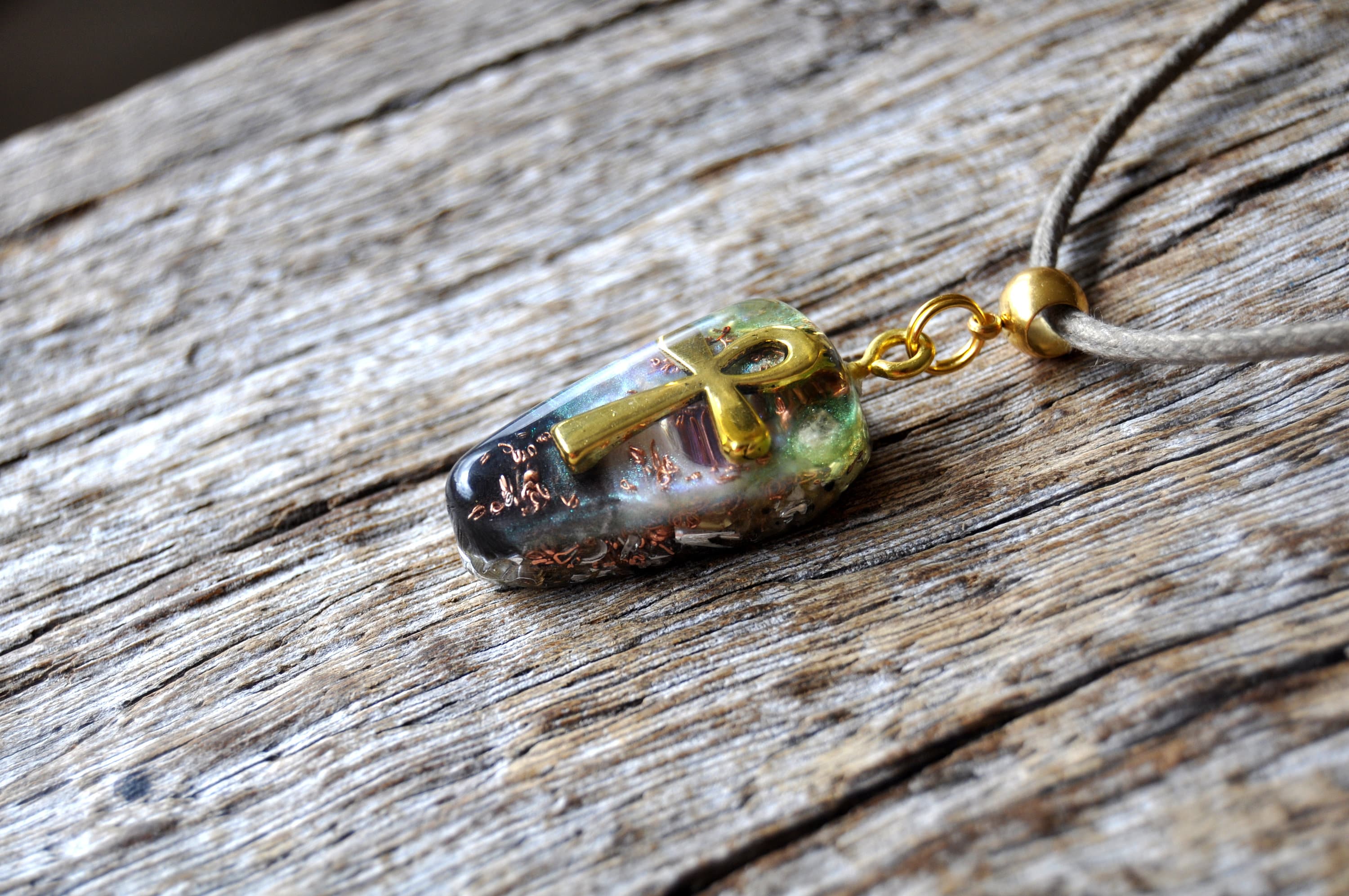 This lovely Orgonite® pendant contains bronze, brass and copper shavings, Rose Quartz (self love, love), Rhodizite (to amplify the other crystals), Pyrite (to enhance), black Tourmaline (to ground excess energy and for protection), Elite Shungite (emf protection), Selenite (to clean and charge the other crystals) and clear quartz (for piezo electric effect) in a durable resin setting.

It features an ANKH symbol in the front.

The Ankh is one of the most recognizable symbols from ancient Egypt, known as "the key of life" or the "cross of life", and dating from the Early Dynastic Period (c. 3150 - 2613 BCE).The Ankh has always been associated with life, the promise of eternal life, the sun, fertility, and light.