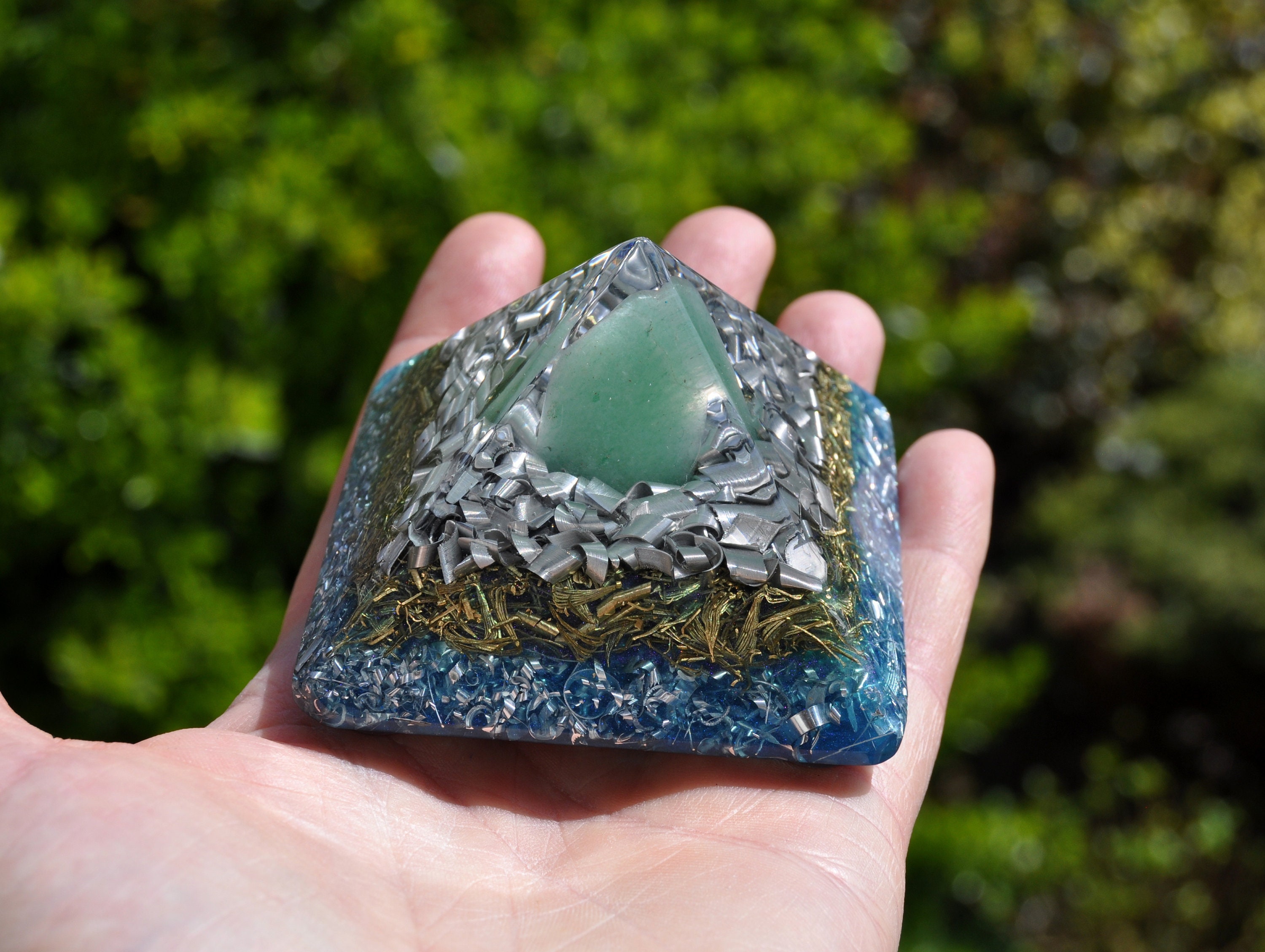 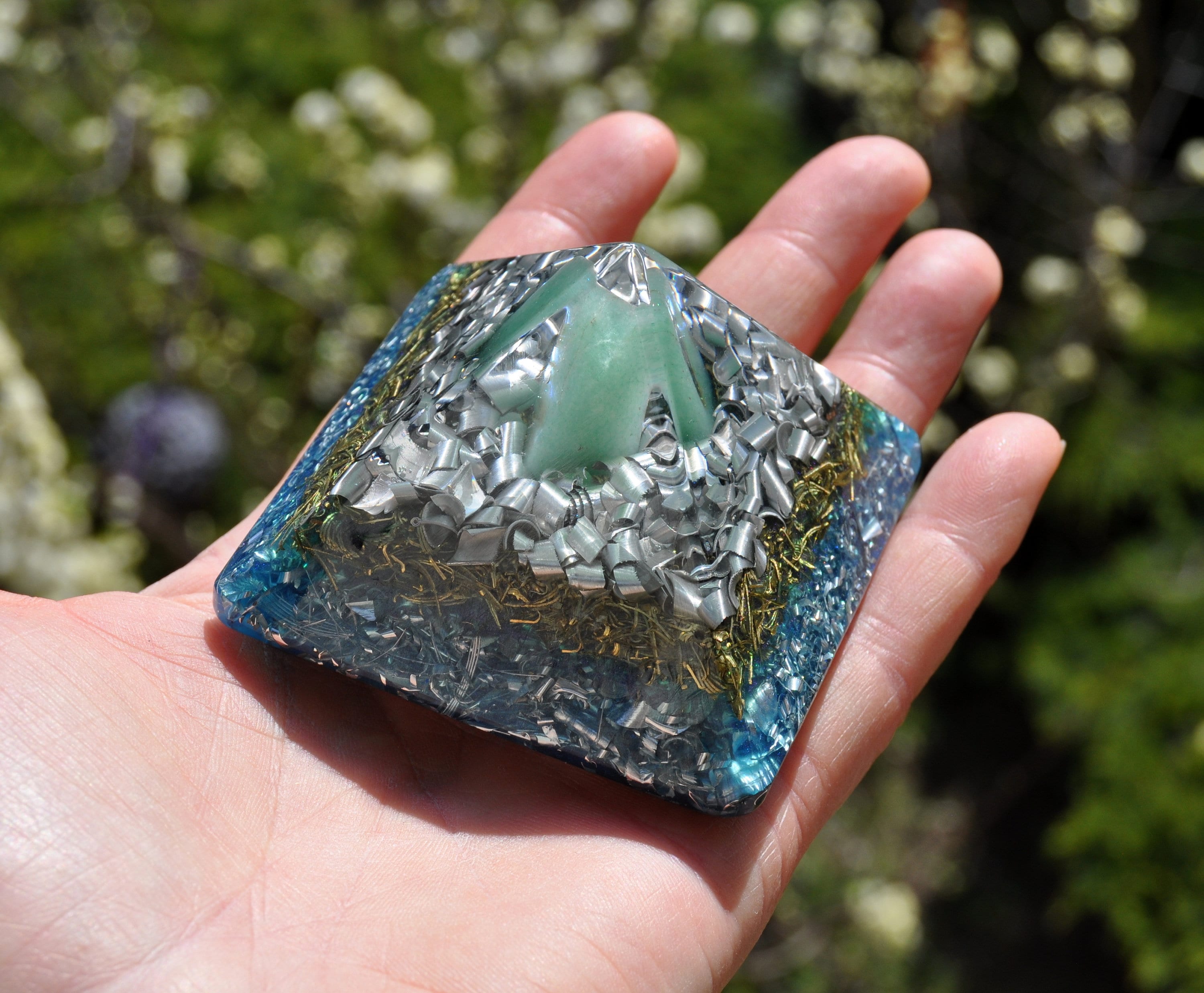 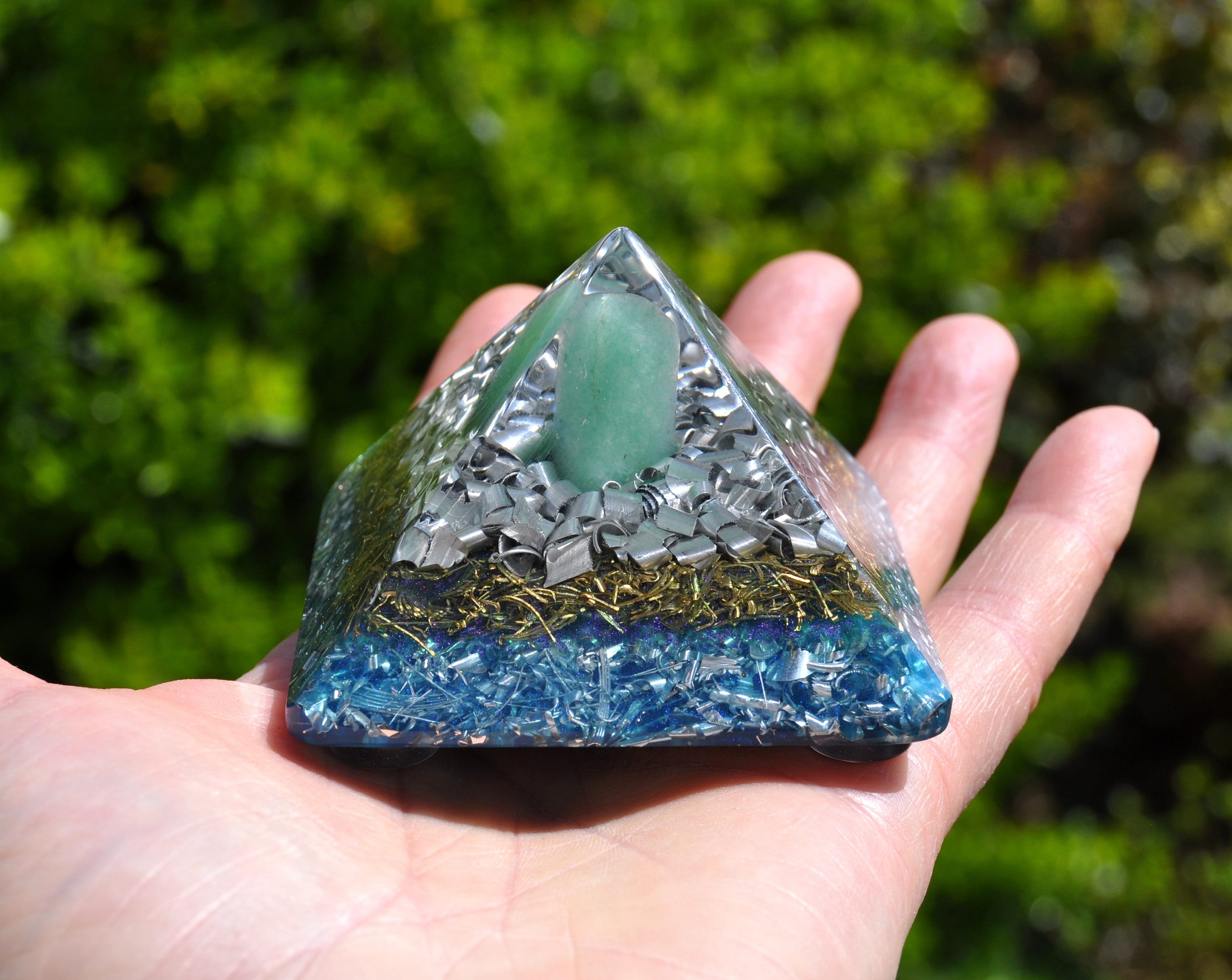 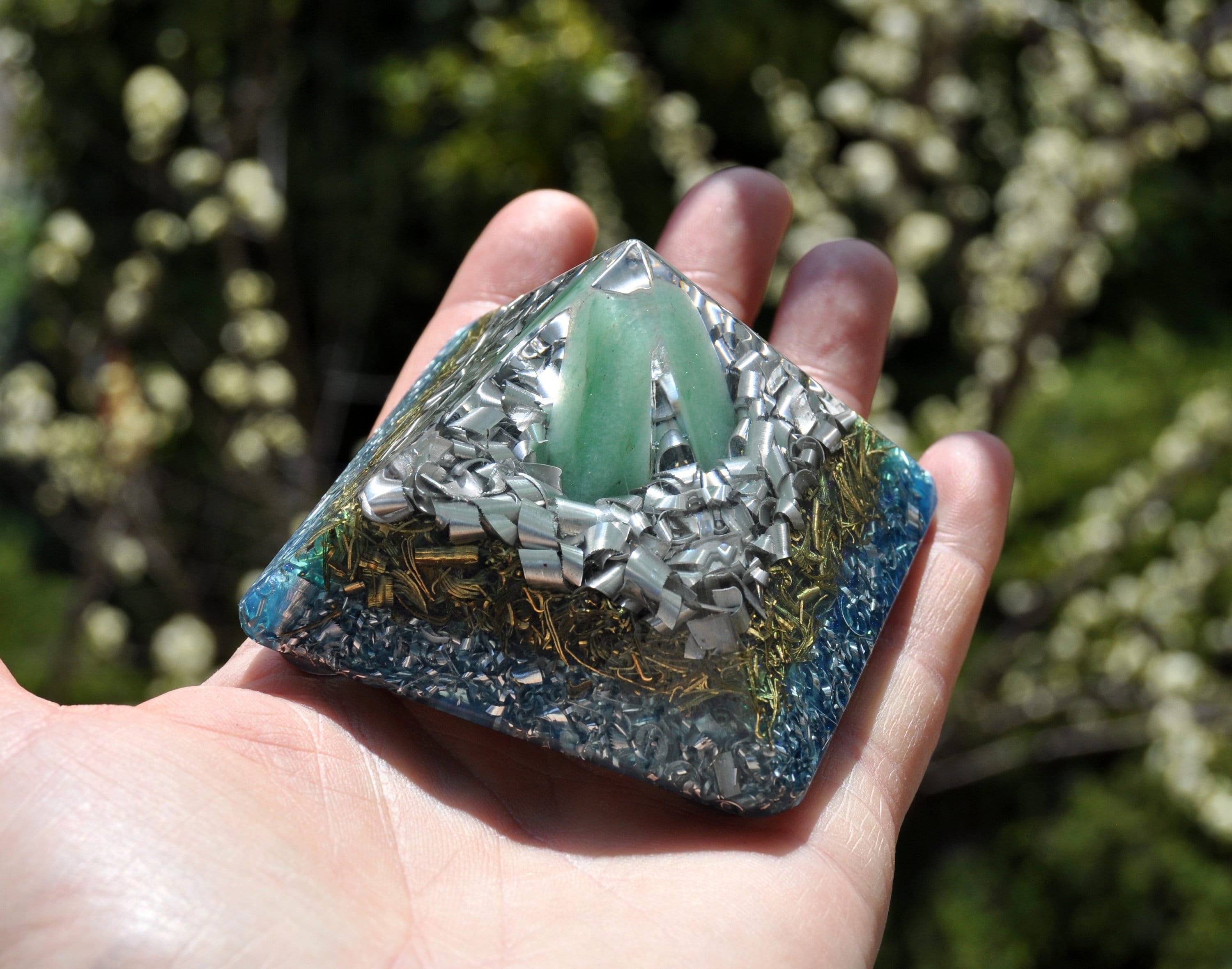 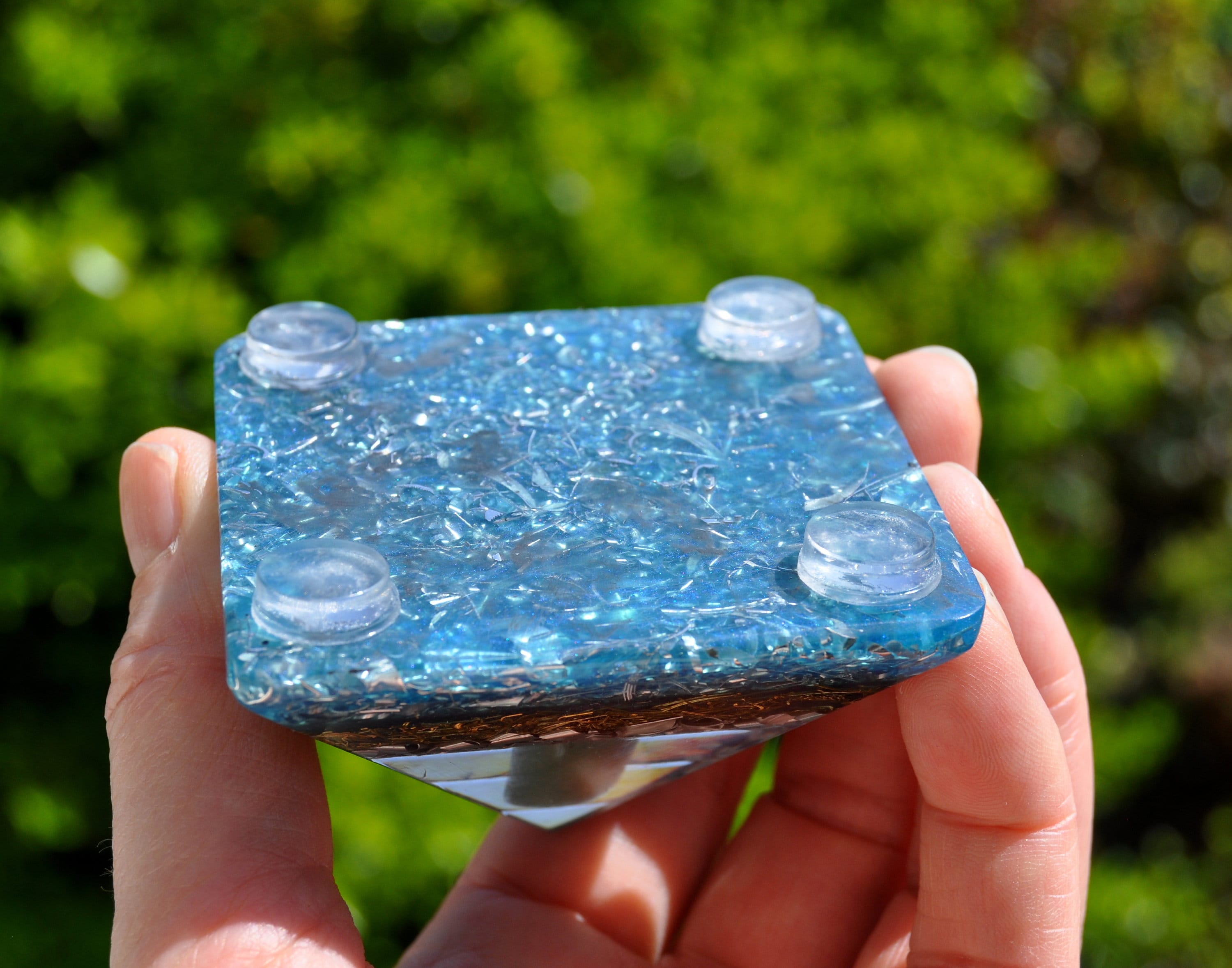 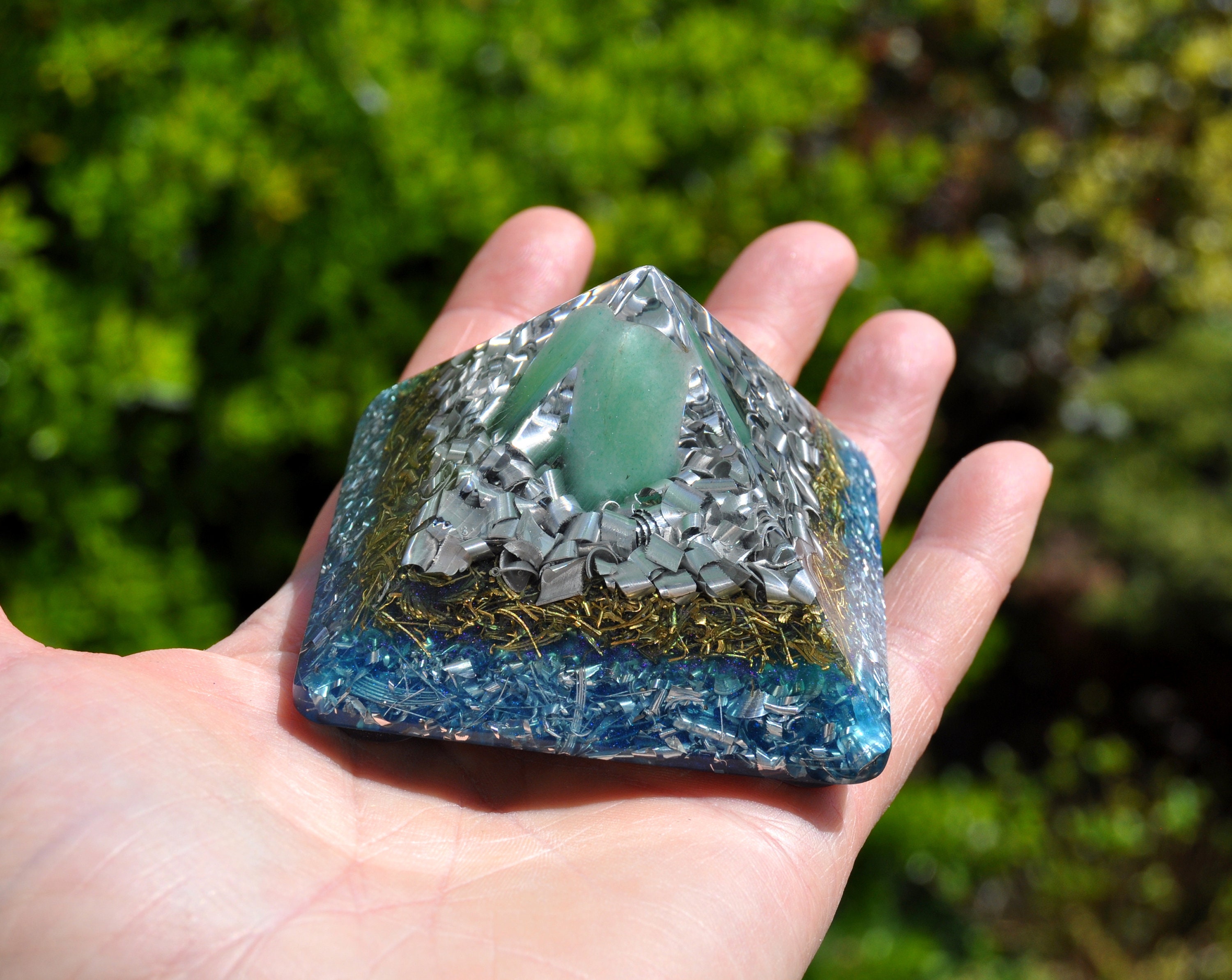 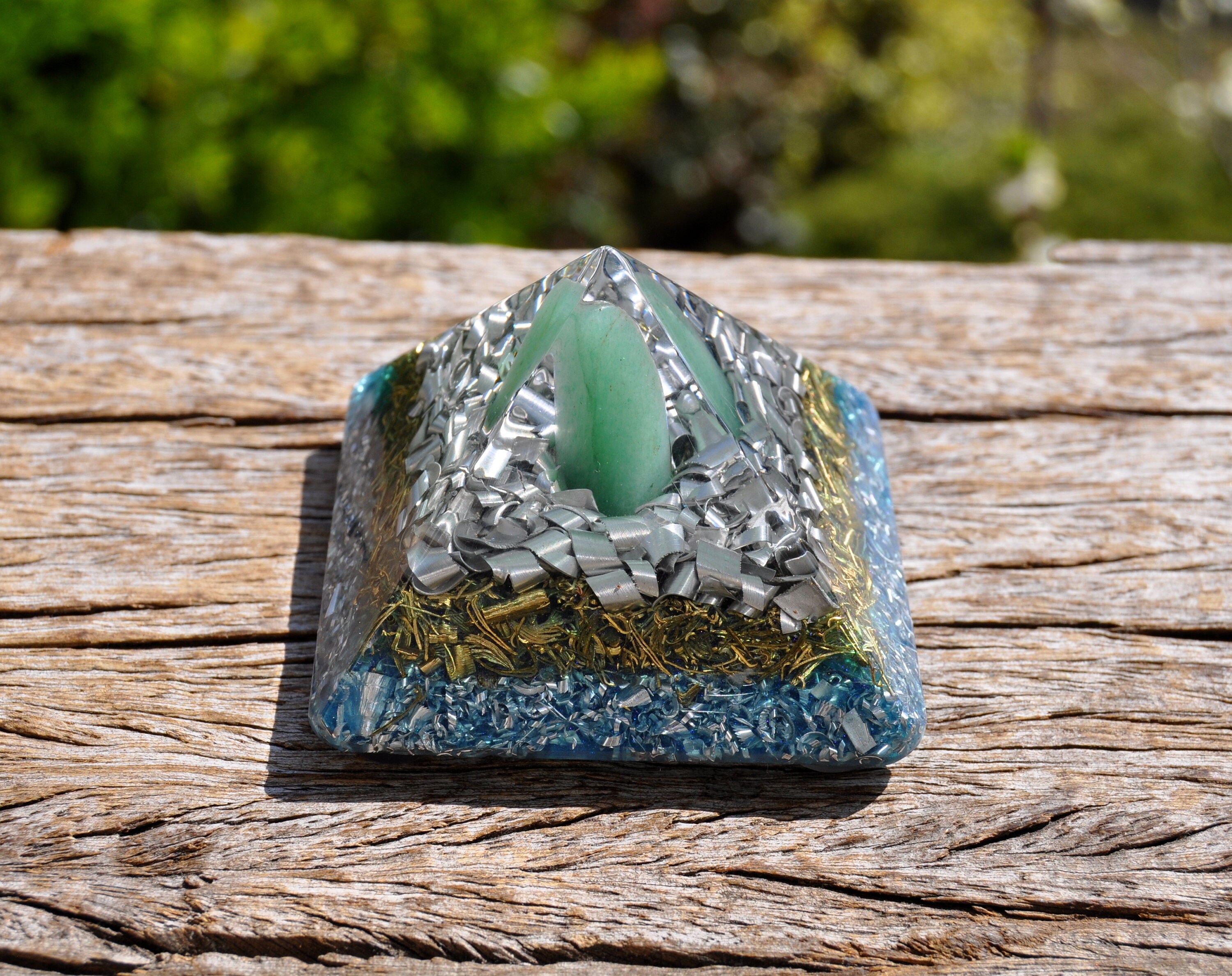 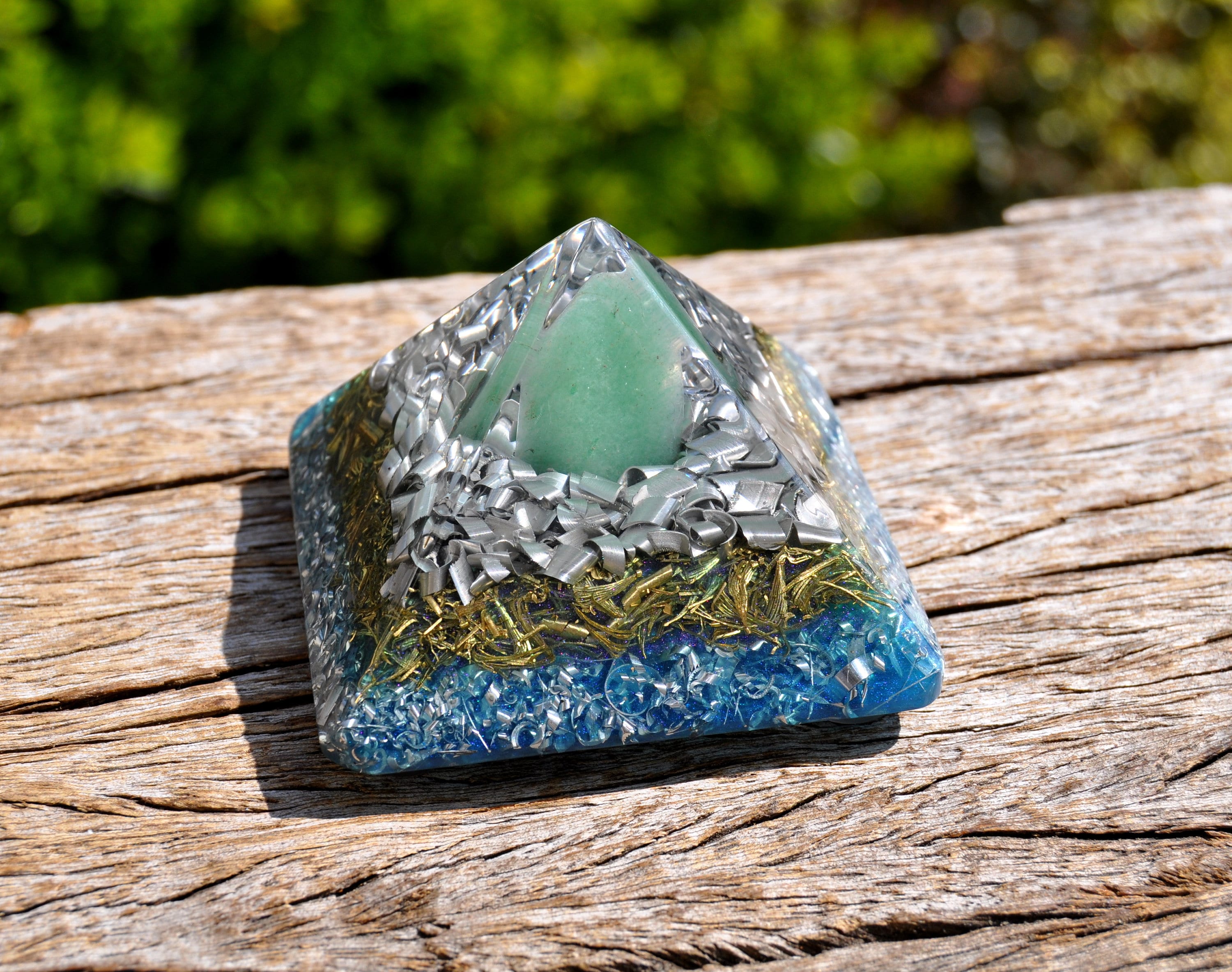 This is a unique Orgonite® pyramid with the original shape of the actual Giza pyramid in Egypt. It has an aventurine stone in the top.

It is made out of durable polyester resin (so not epoxy resin which doesnt really shrink) to ensure optimal shrinkage and pressure on the quartz to create the most piezo electric effect.