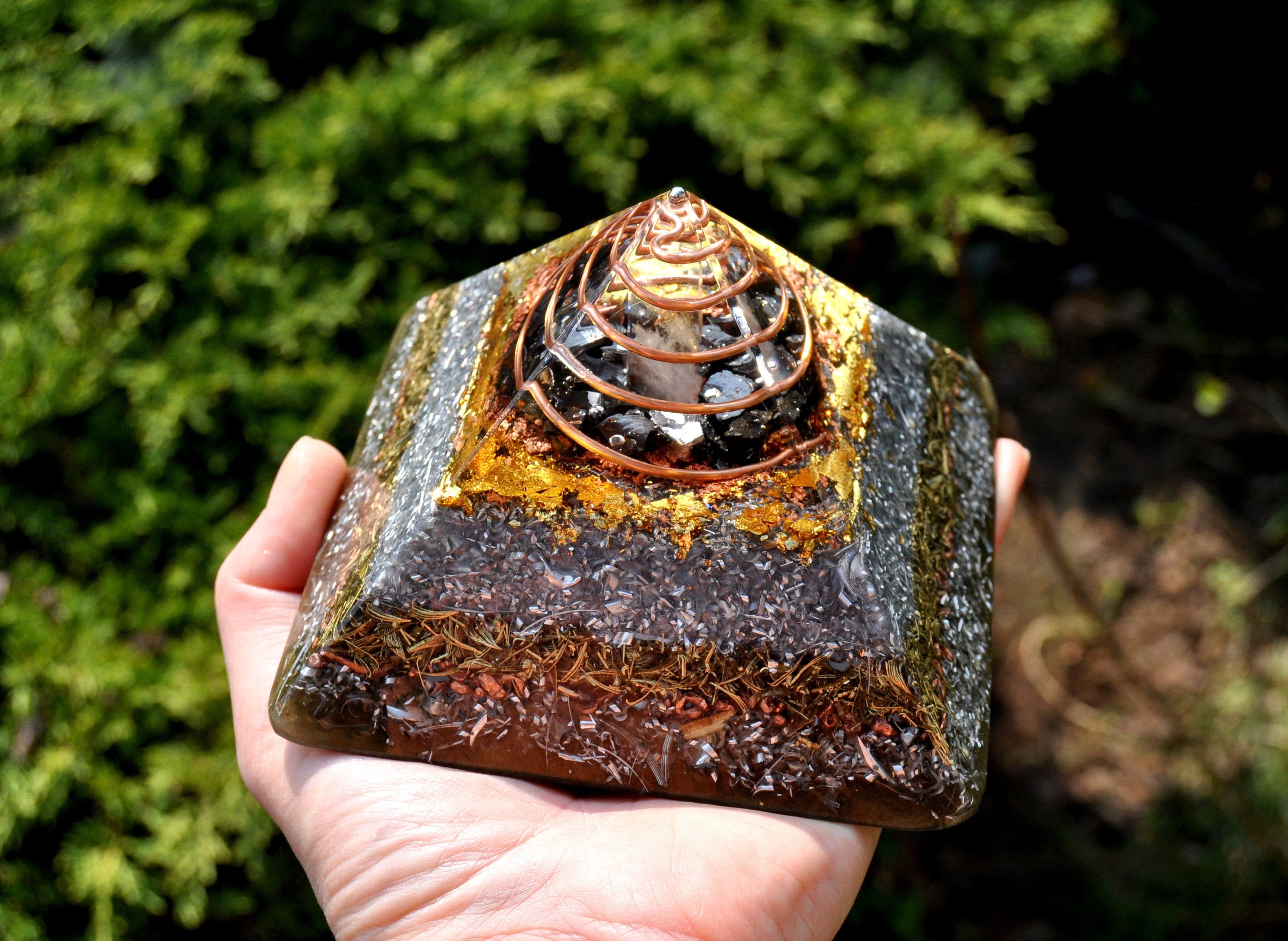 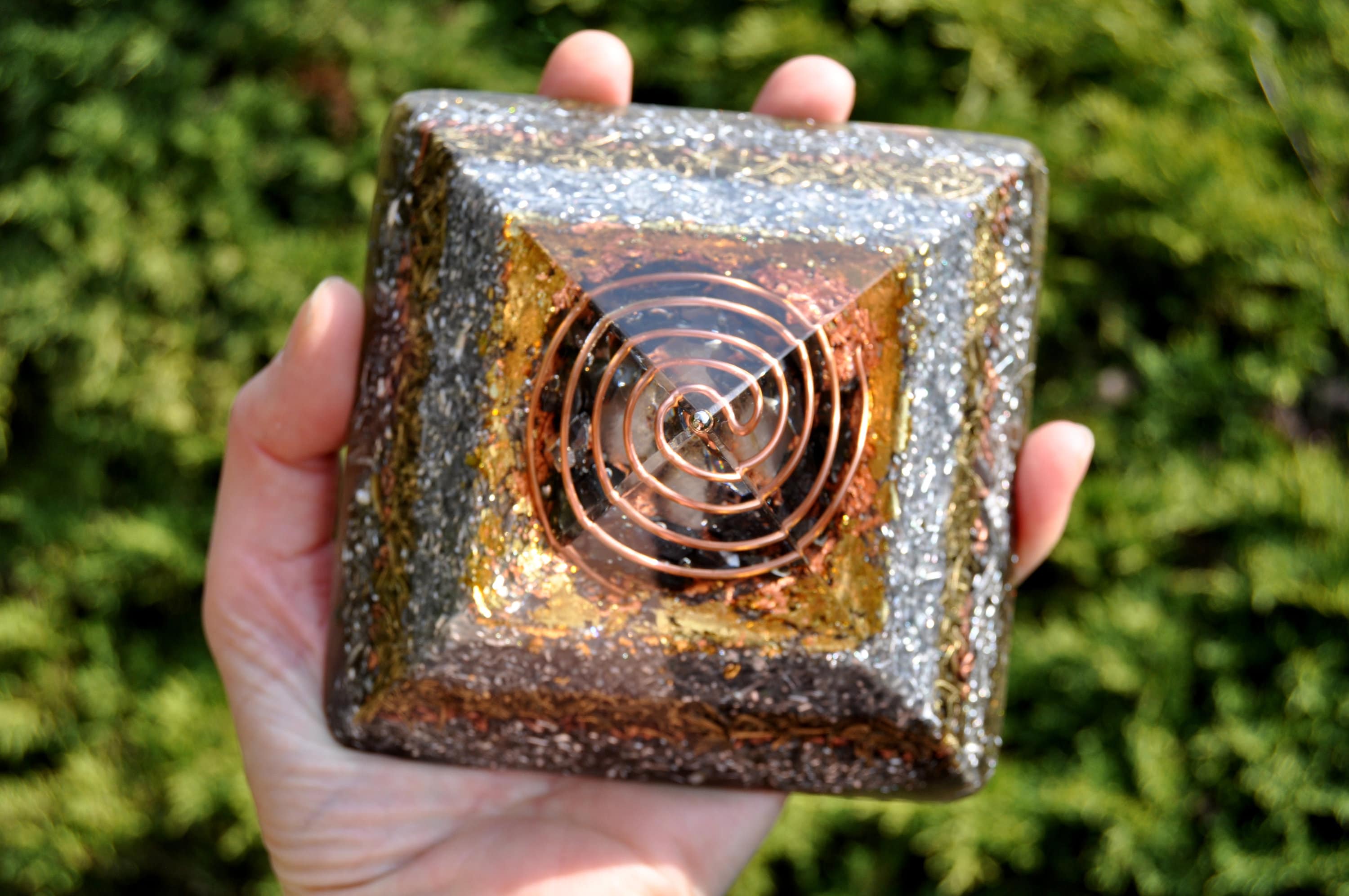 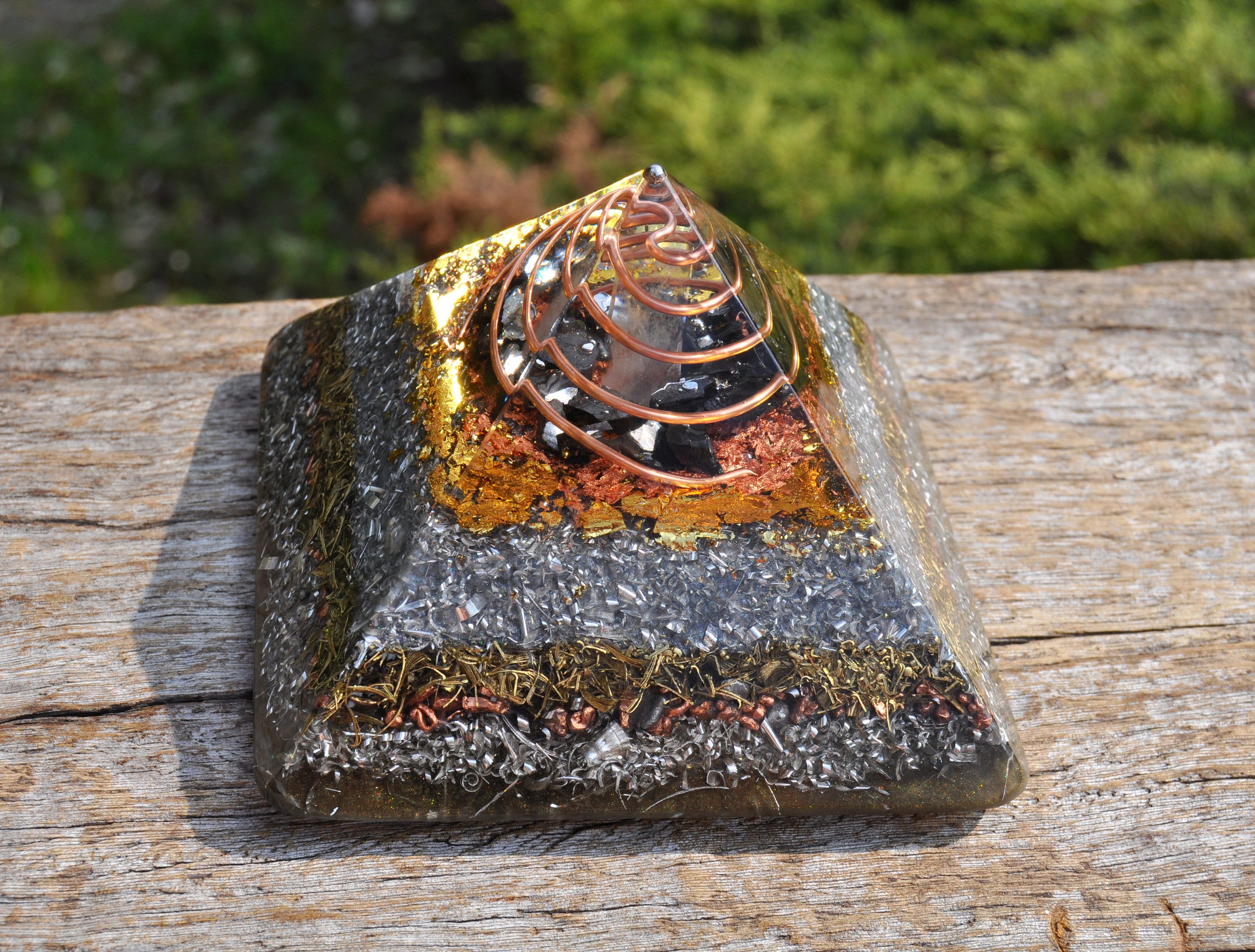 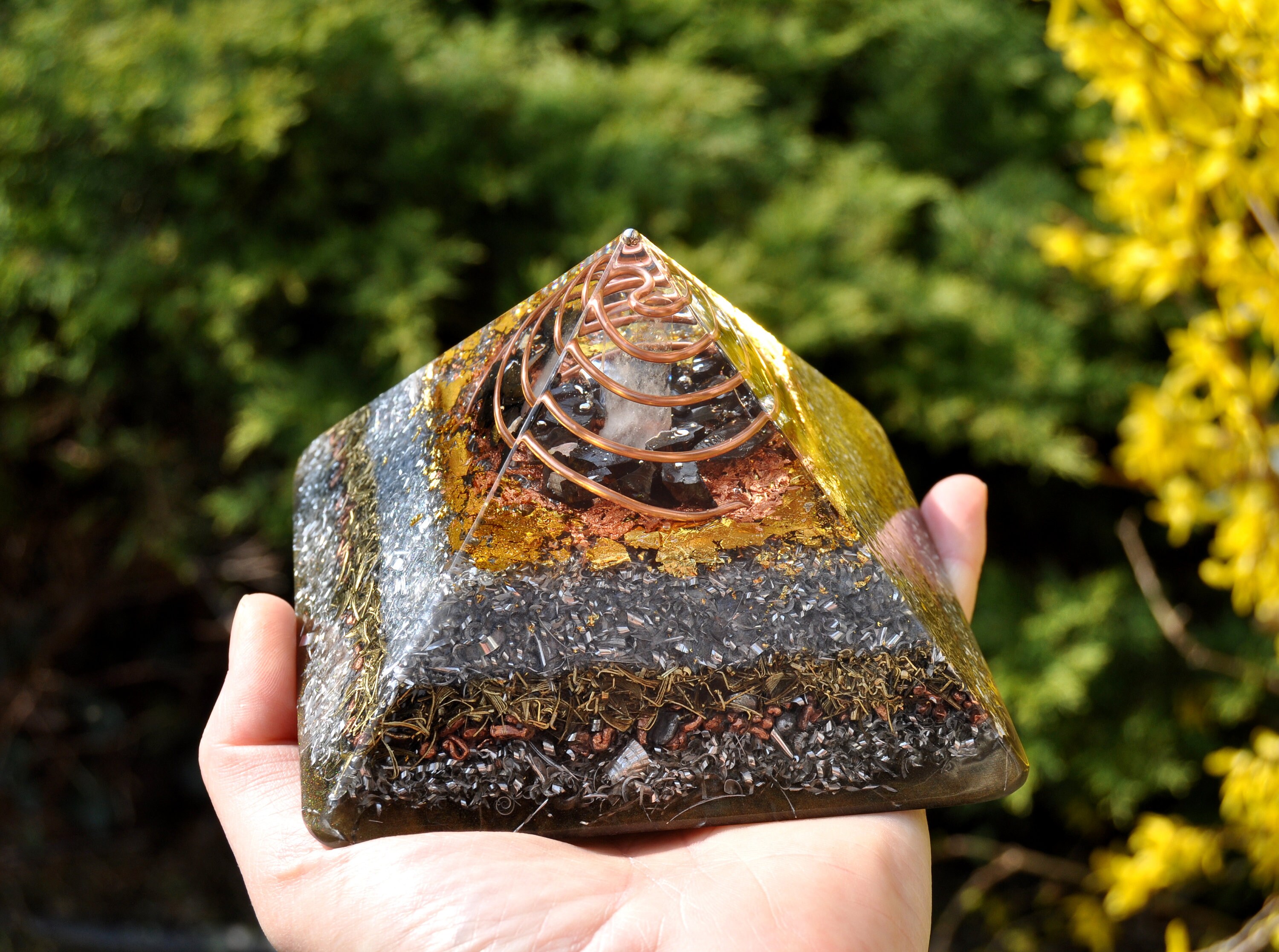 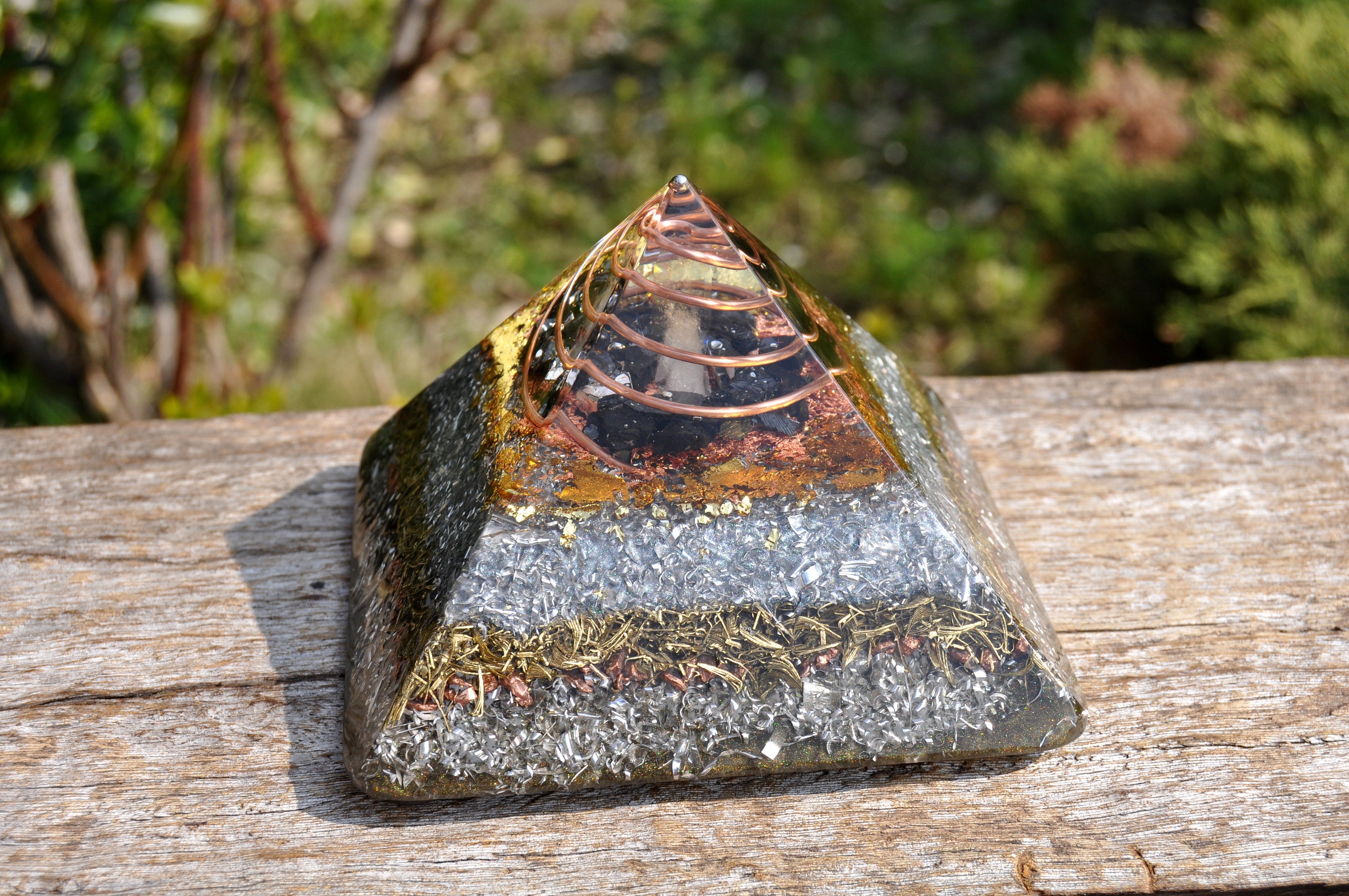 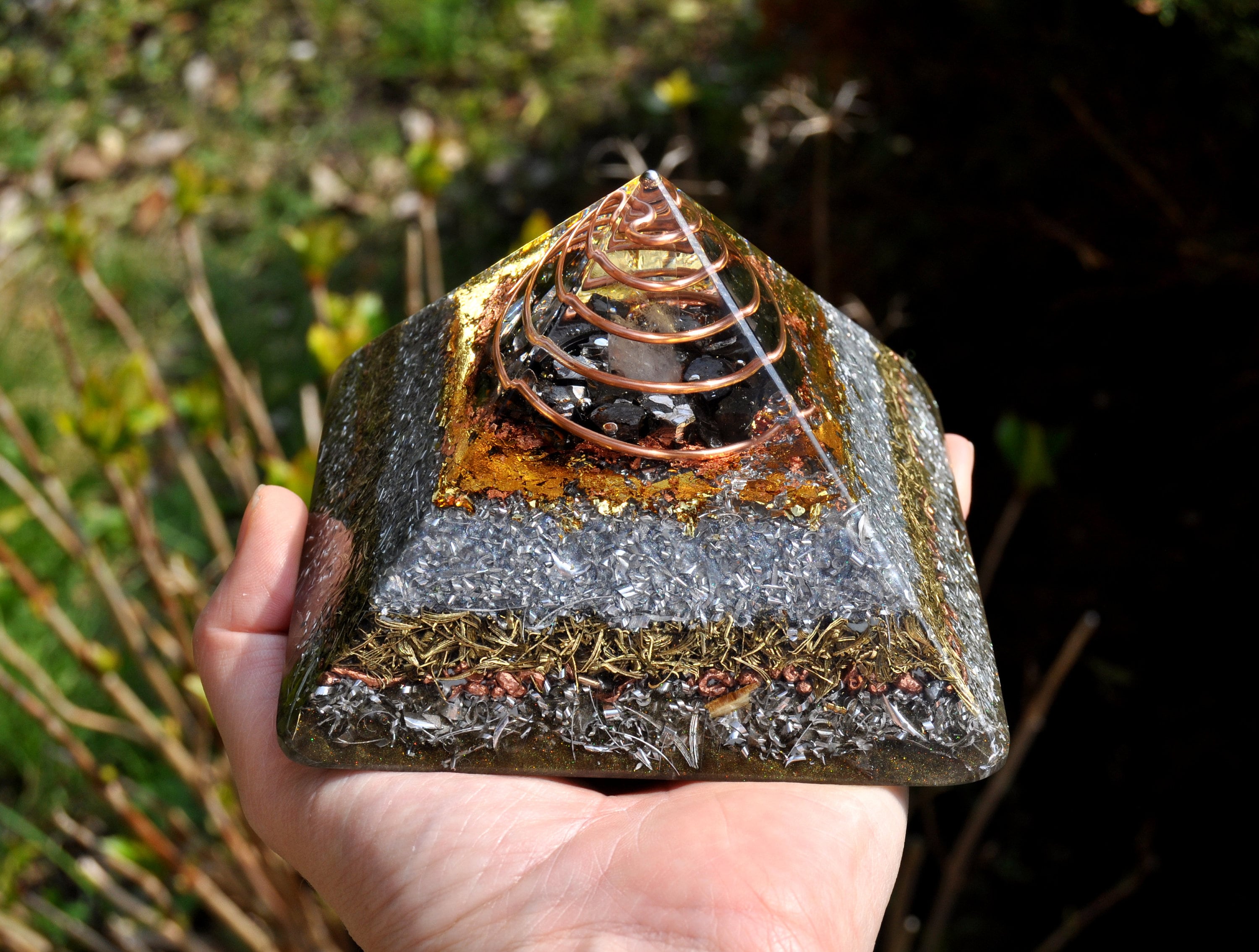 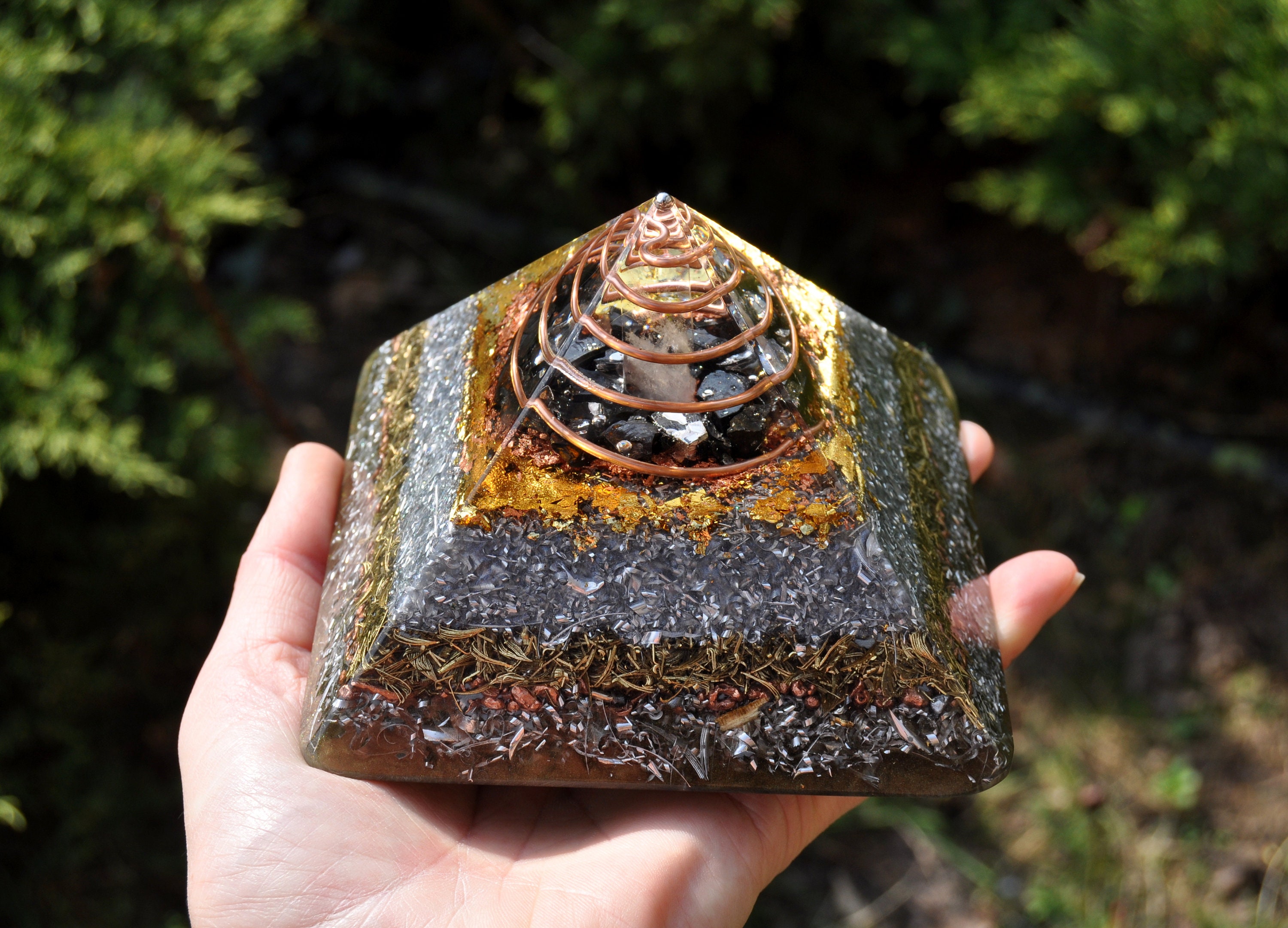 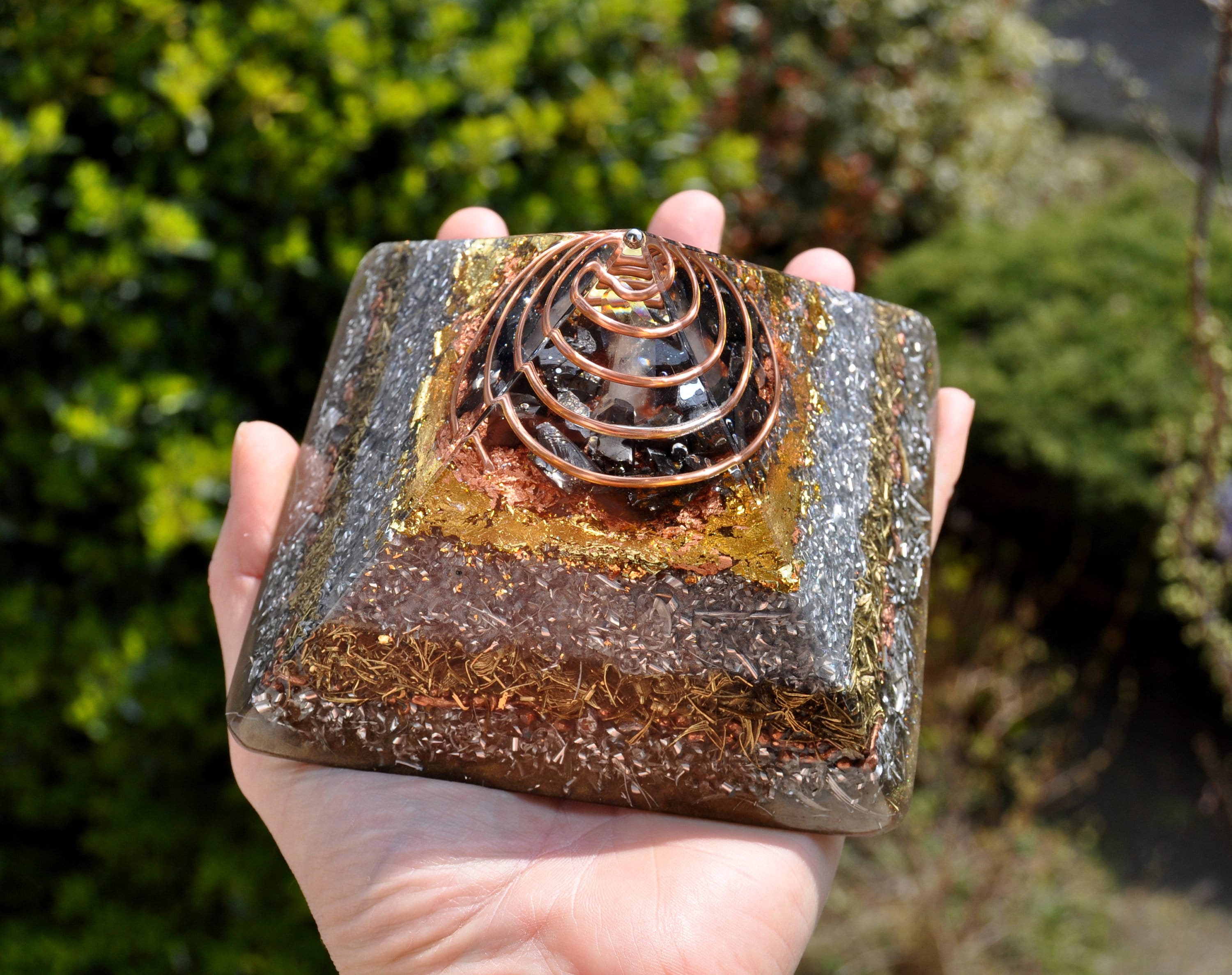 This is a unique Orgonite® pyramid with the original shape of the actual Giza pyramid in Egypt. It has a clear natural terminated Quartz crsytal in the middle. This crystal is entwined with a double metal SBB coil which amplifies, moves and directs energy. The coils also considerably increases the power and range of the pyramid. Around this crystal you can see raw Elite Shungite crystals, 24K gold and pure Copper flakes.

It consists of densely layered metal shavings of bronze, copper, aluminium and brass which is required to for the Orgonite® to properly work according to Wilhelm Reich's research (the more METAL Shavings, The better the Orgonite® can remove stagnant energy). Within these metal layers there are four terminated quartz crystals pointing in four directions for extended energy flow in all four directions and for piezo electric effect.

Weight is 567 grams / 20 ounces. It has the same proportions as the Original Giza Pyramid in Cheops Egypt.