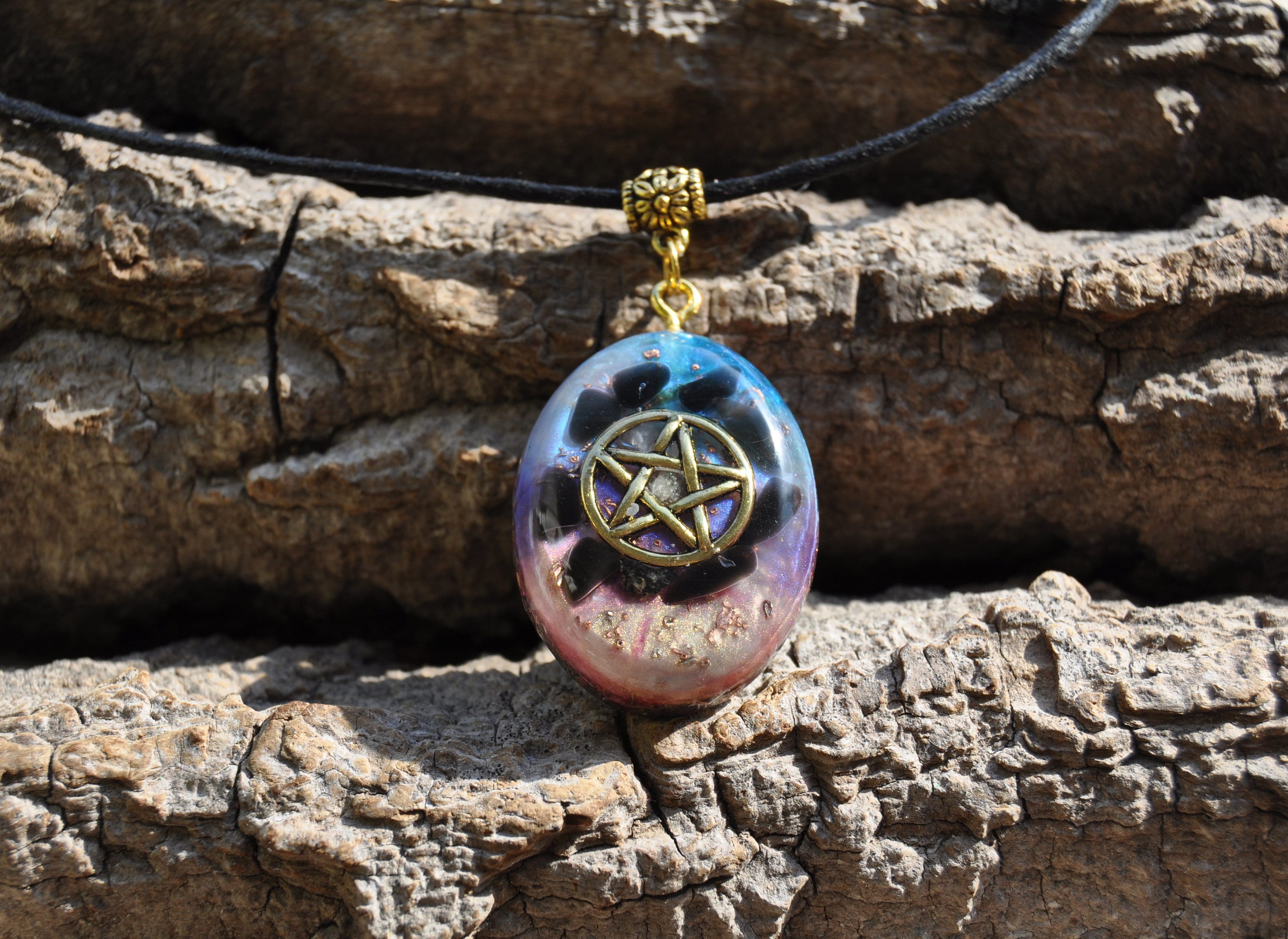 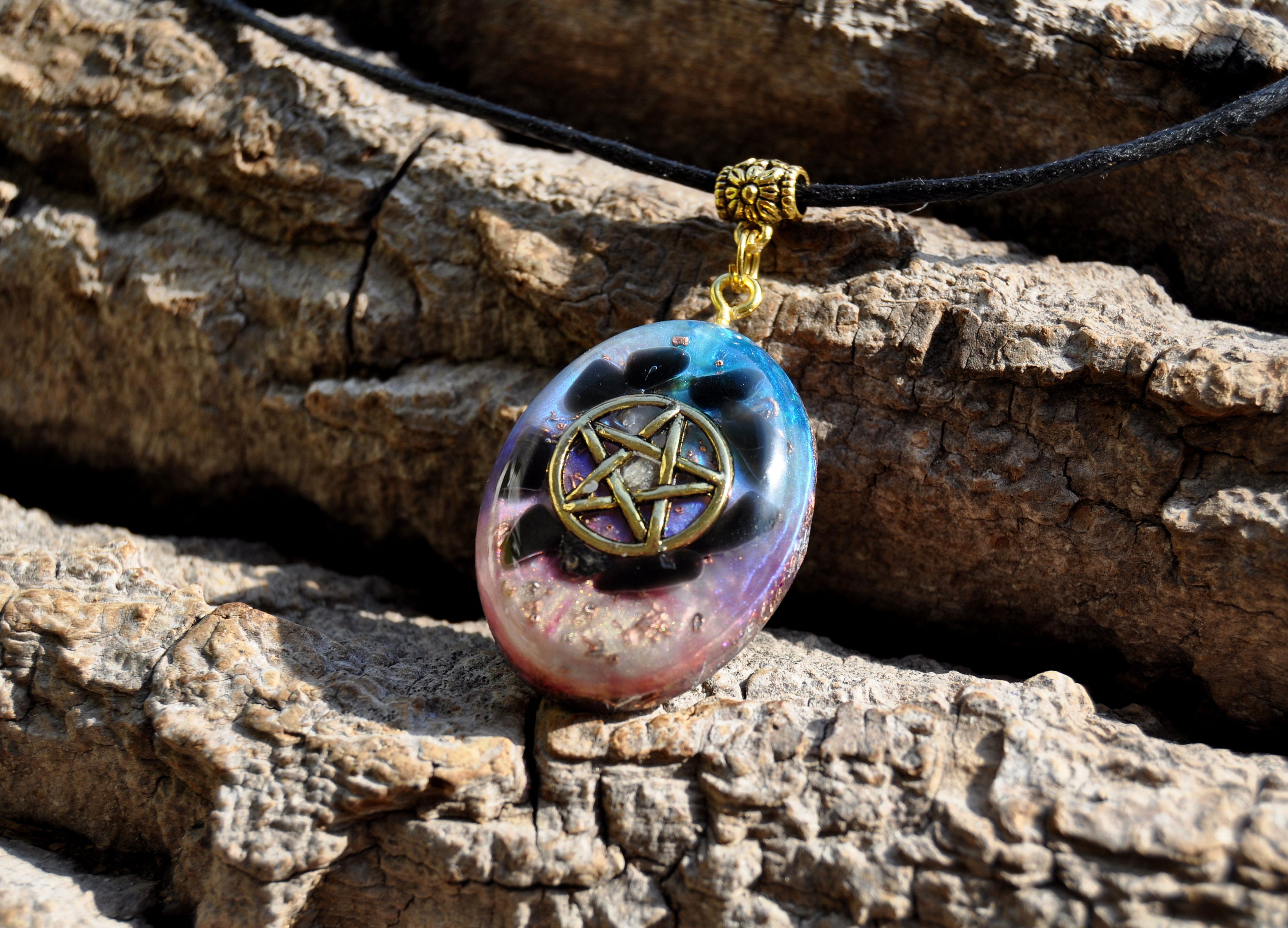 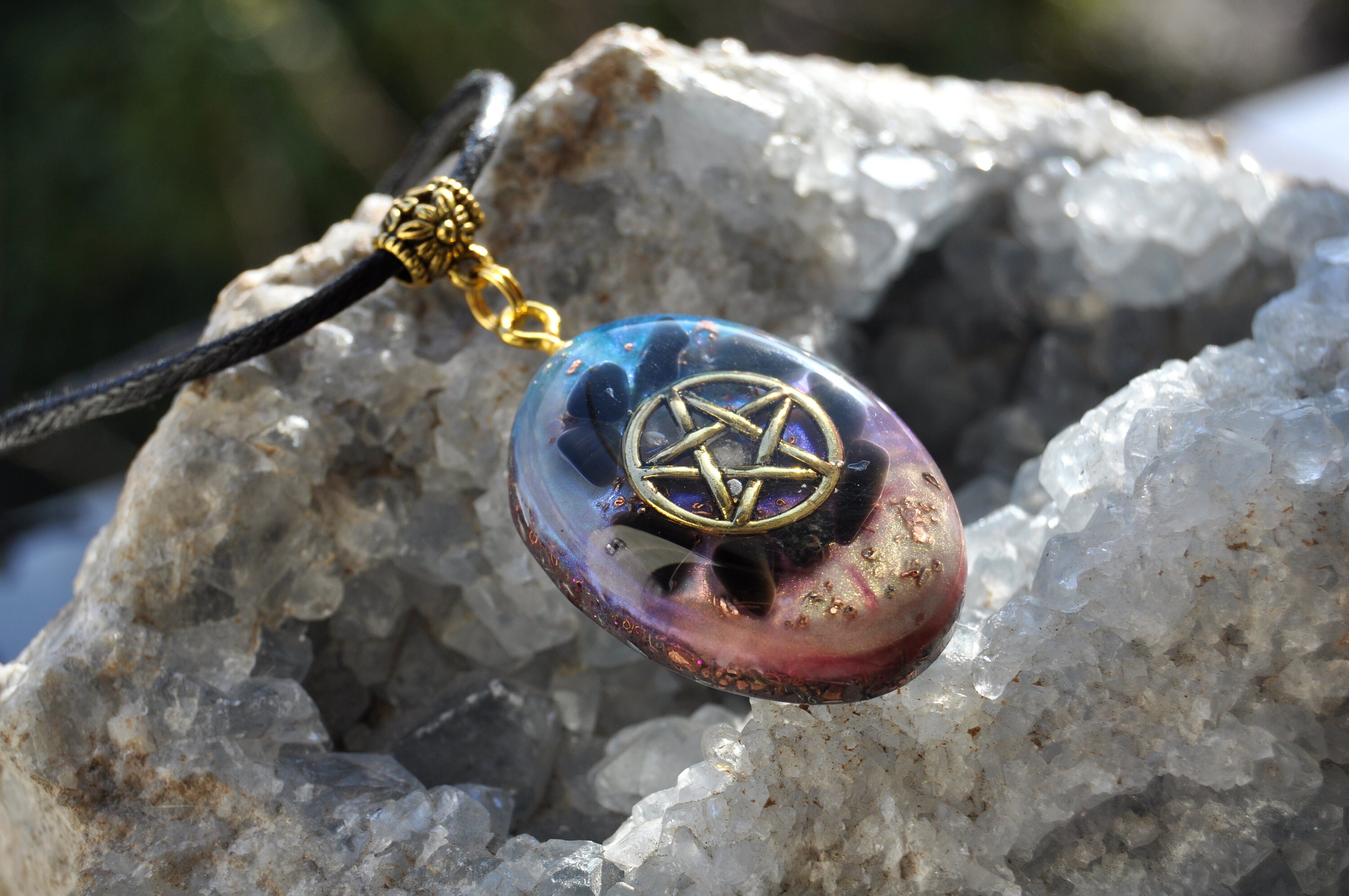 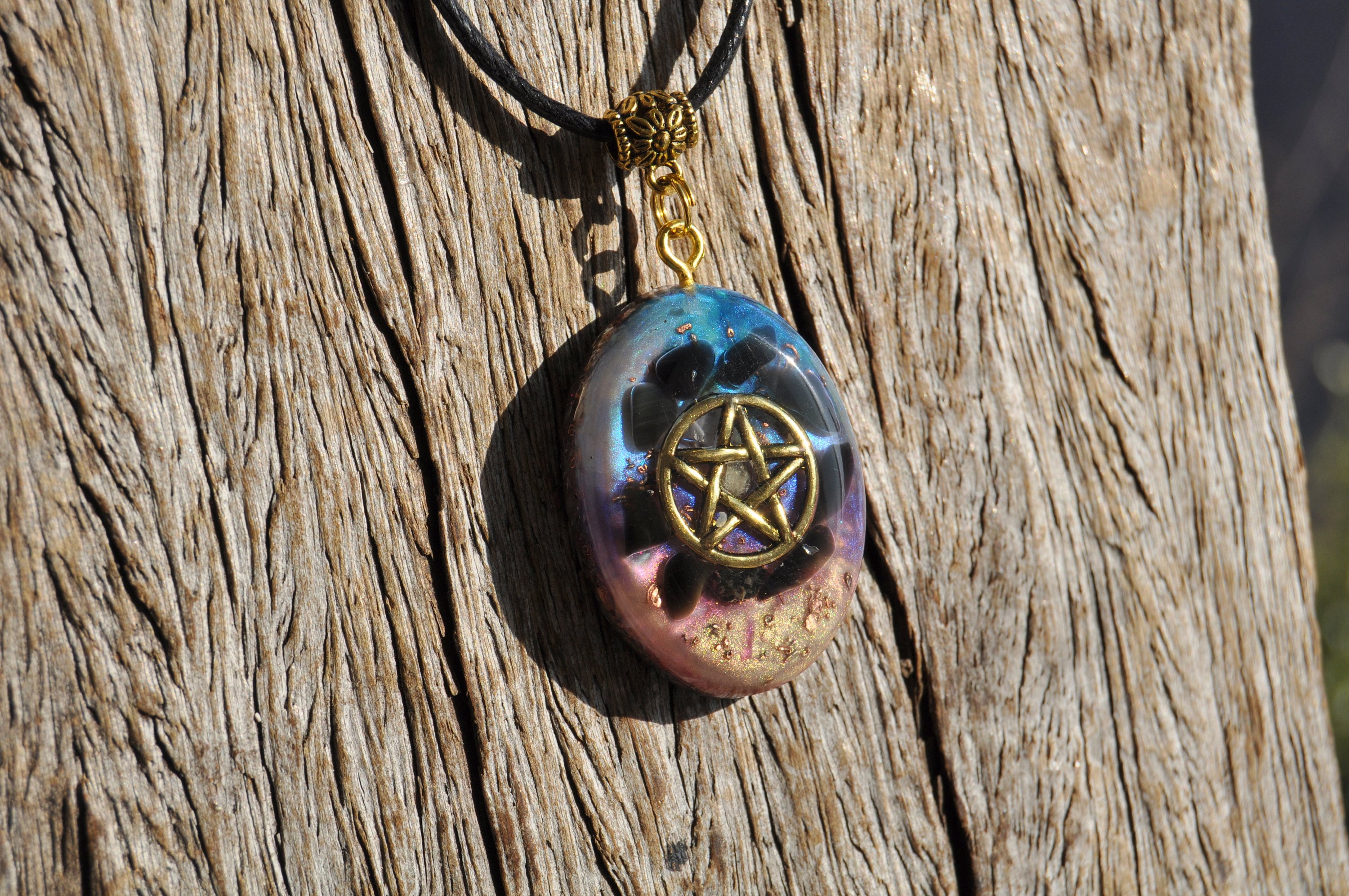 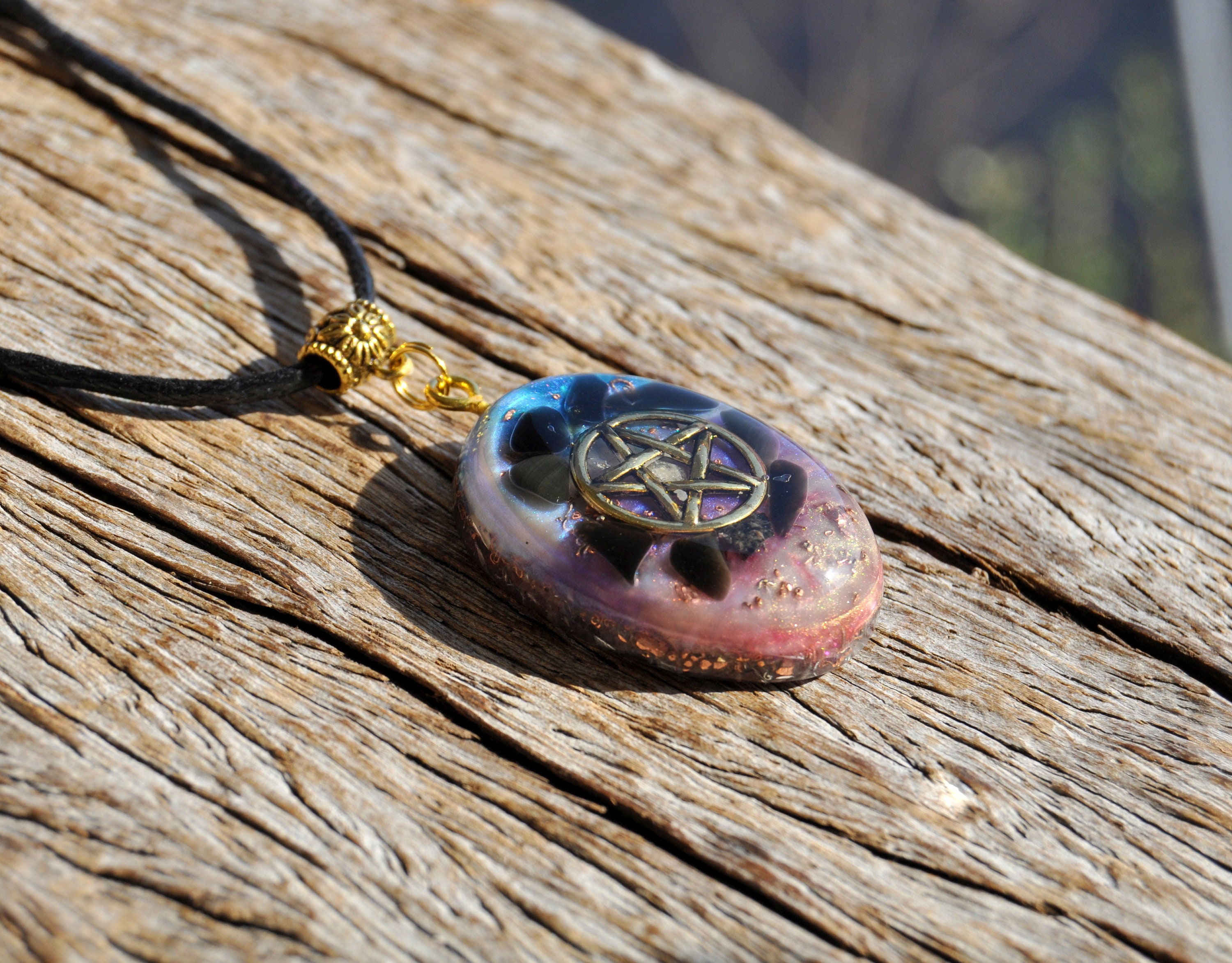 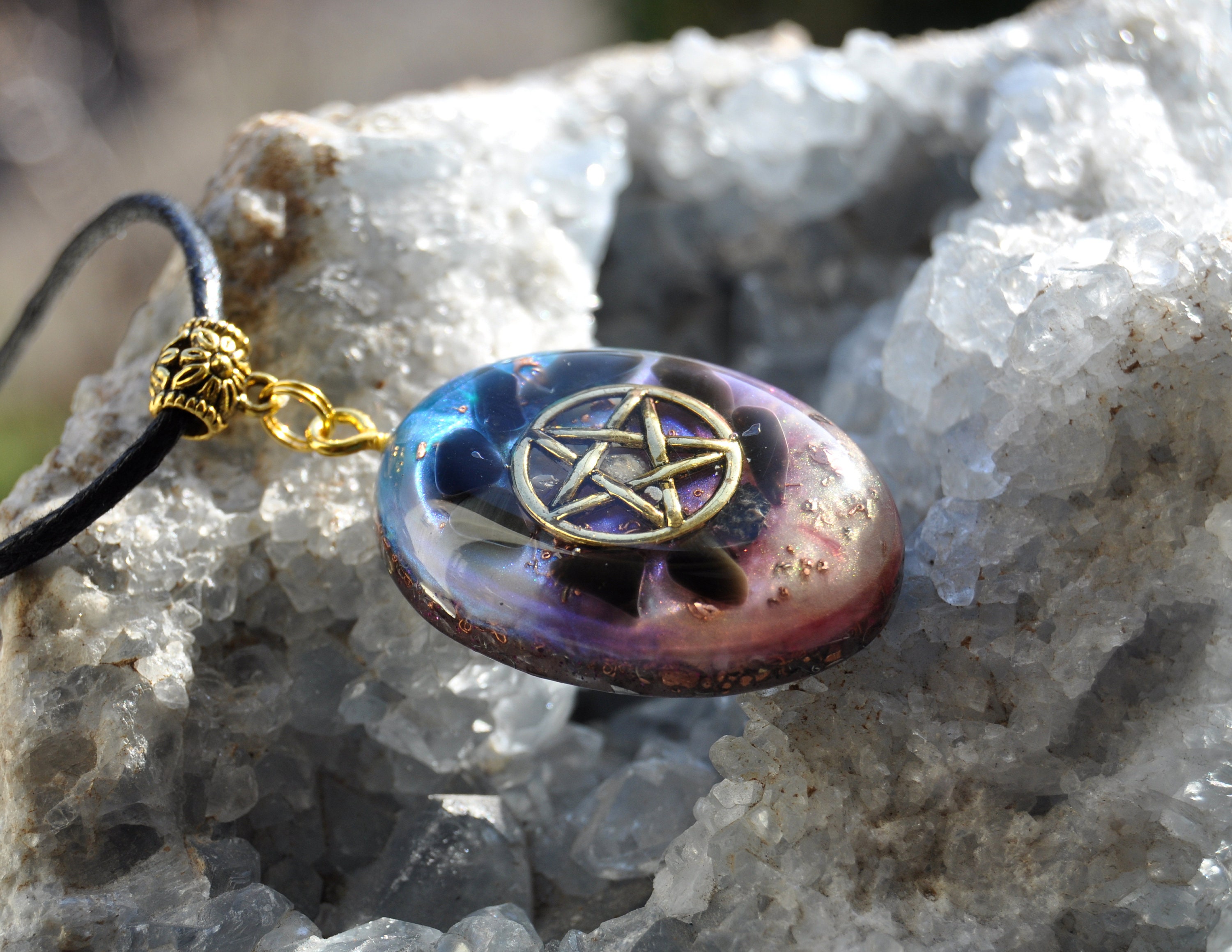 This unique multicolor Orgonite® pendant features a Pentagram symbol surrounded by black Obsidian. It furthermore consists of Rhodizite (to amplify), Pyrite (to enhance), black Tourmaline (to ground excess energy and for protection), Rhodizite (to amplify the other Crystals), Elite Shungite (protection), Selenite (to clean and charge the other crystals) and clear quartz (for piezo electric effect) in a durable resin setting.


Black Obsidian Stone is a powerful cleanser of psychic smog created within your aura, and is a strong psychic protection stone. It has powerful metaphysical properties that will shield you against negativity, and their energy may stimulate the gift of prophecy.

It an excellent crystal to use when you have been doing spiritual or healing work... as it grounds you to Mother Gaia.

This black stone is excellent to assist you to release disharmony that has built up in your day to day life and during work on yourself, including resentment of others, fear and anger.