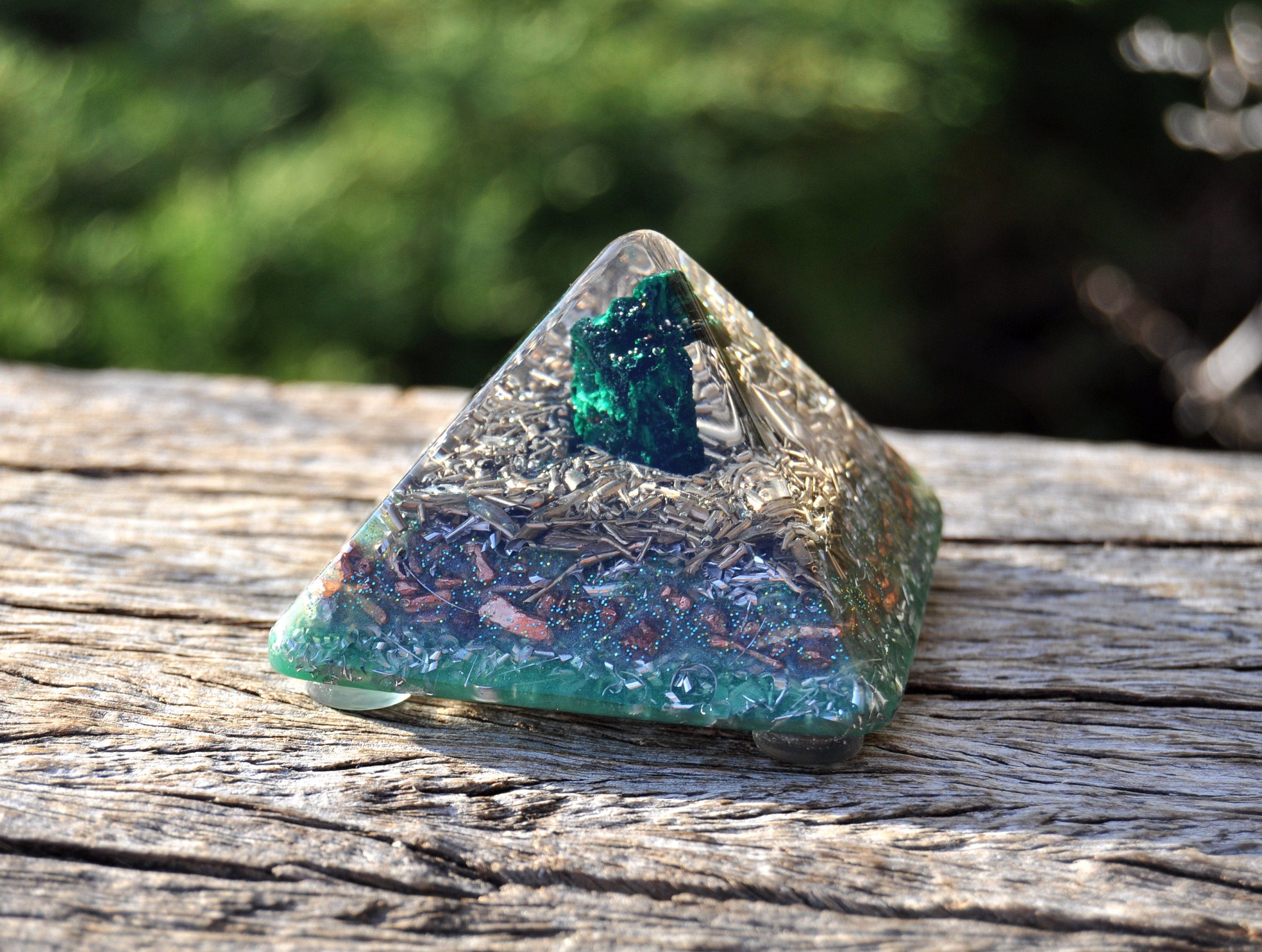 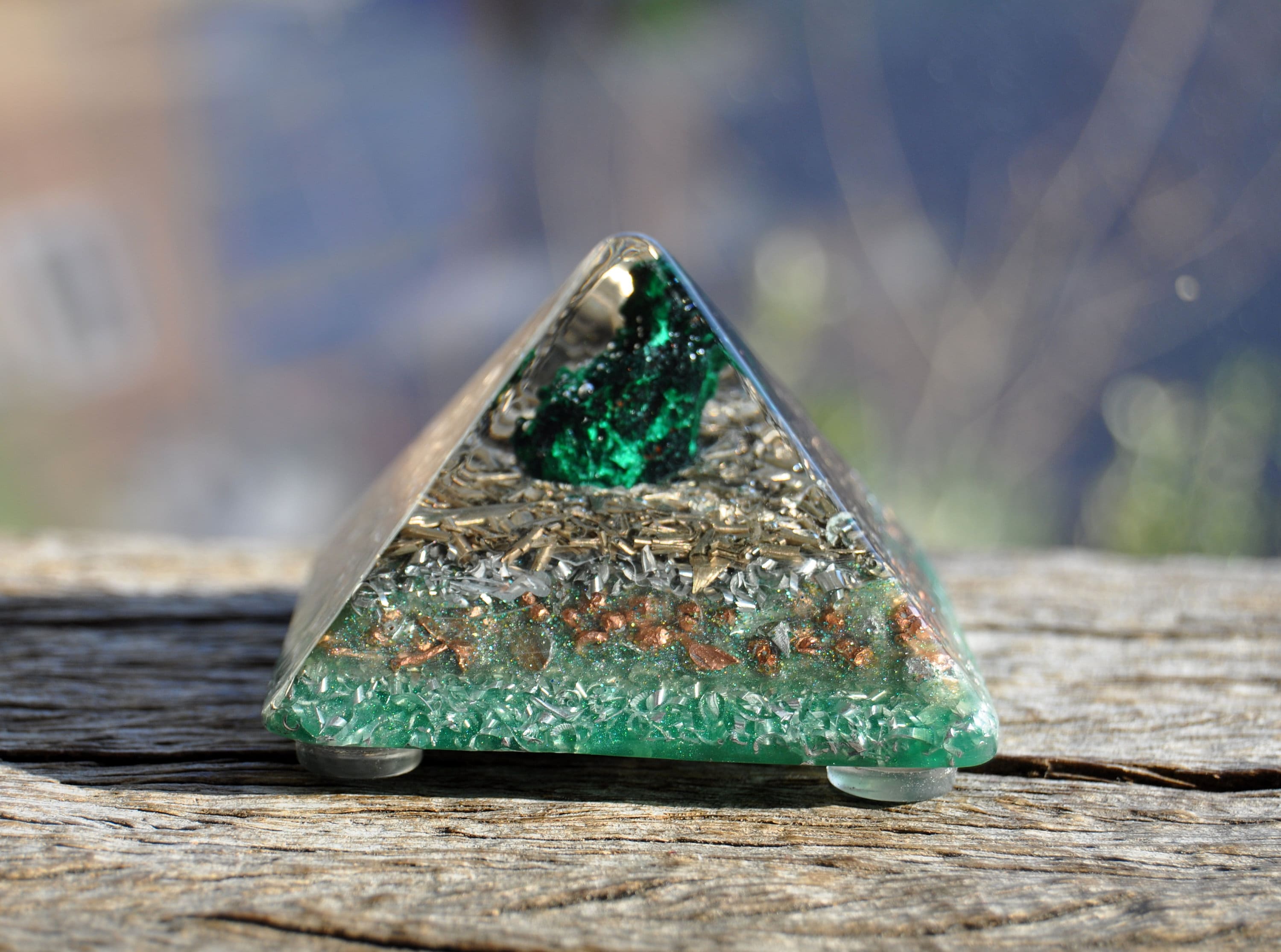 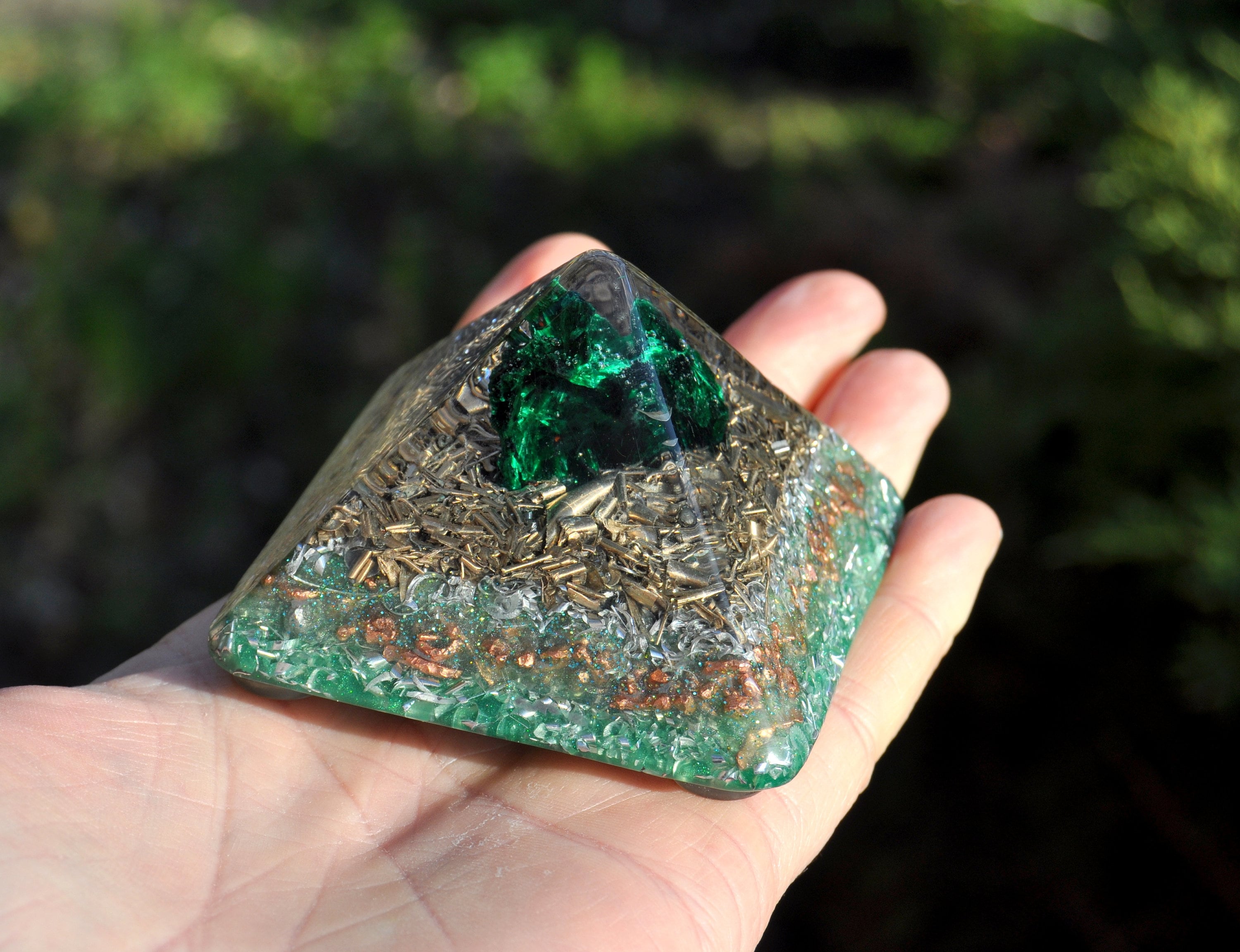 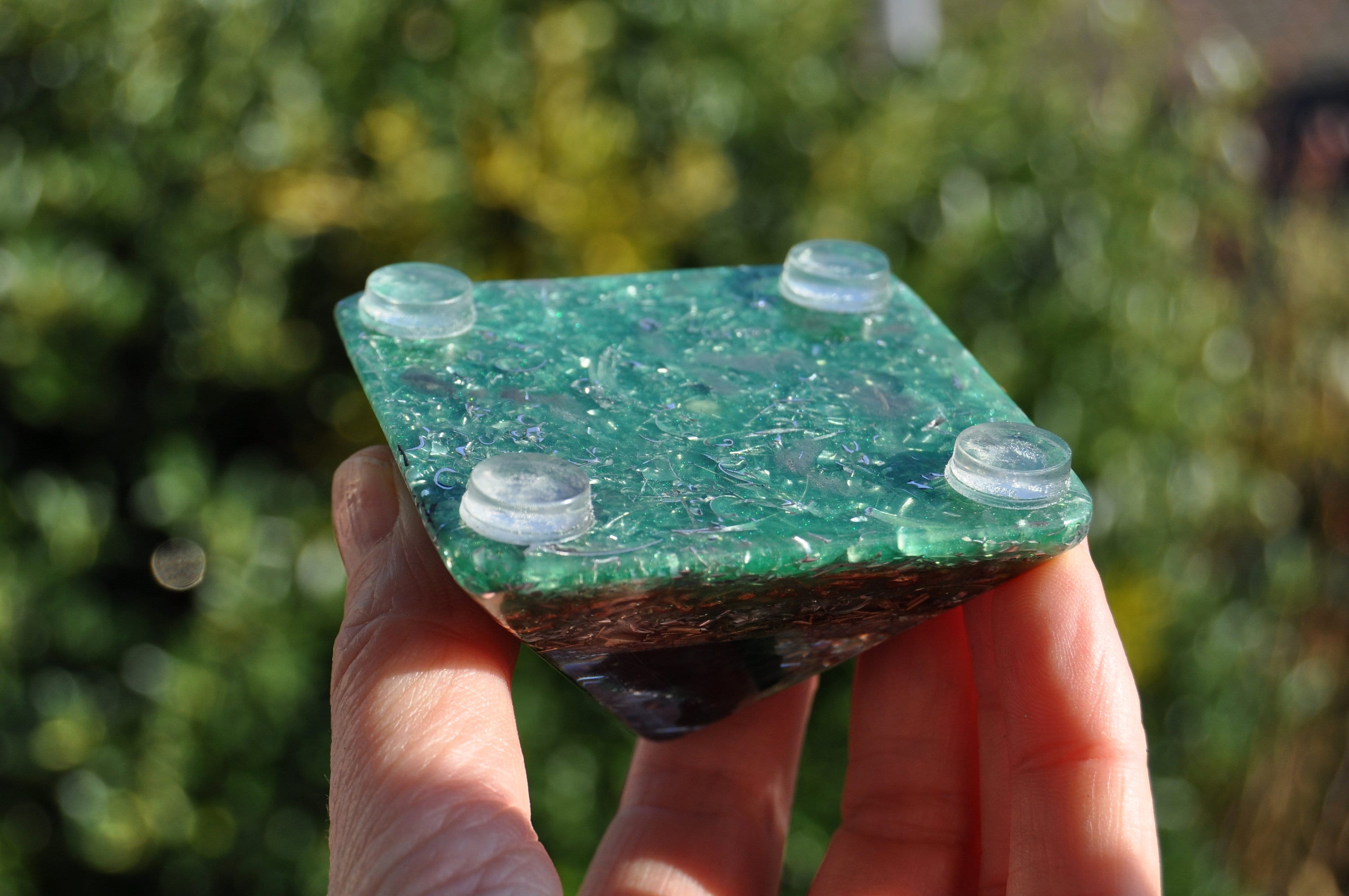 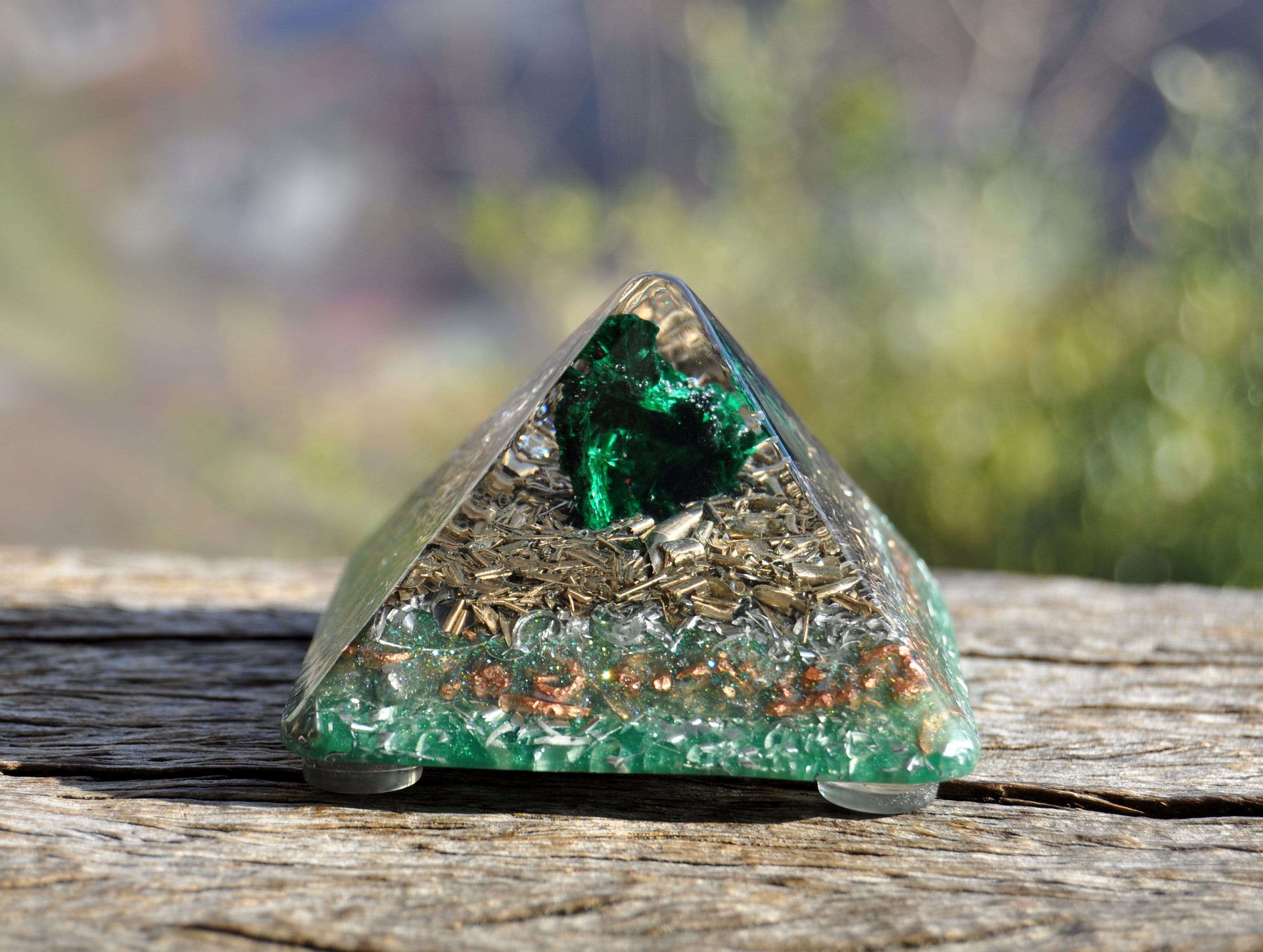 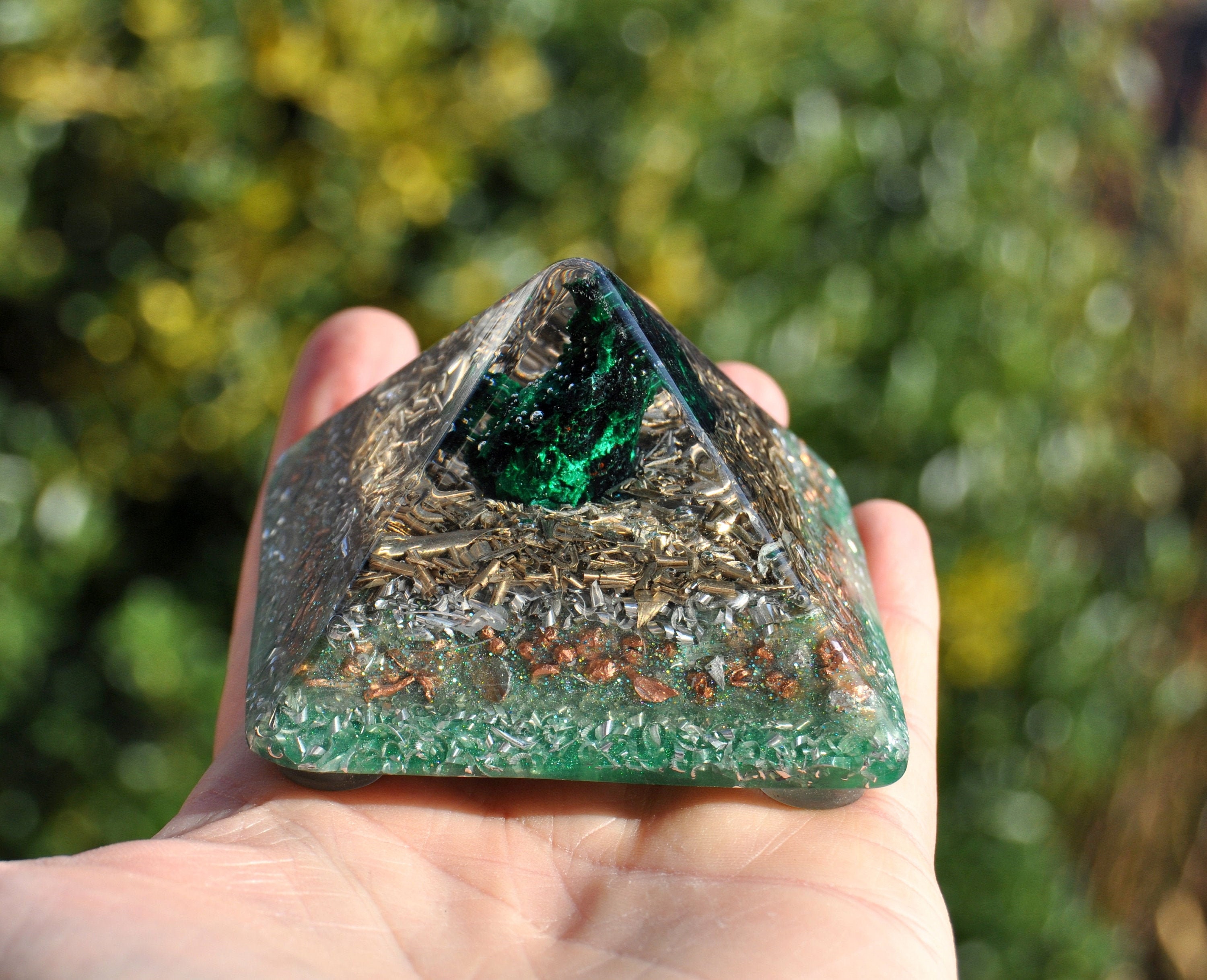 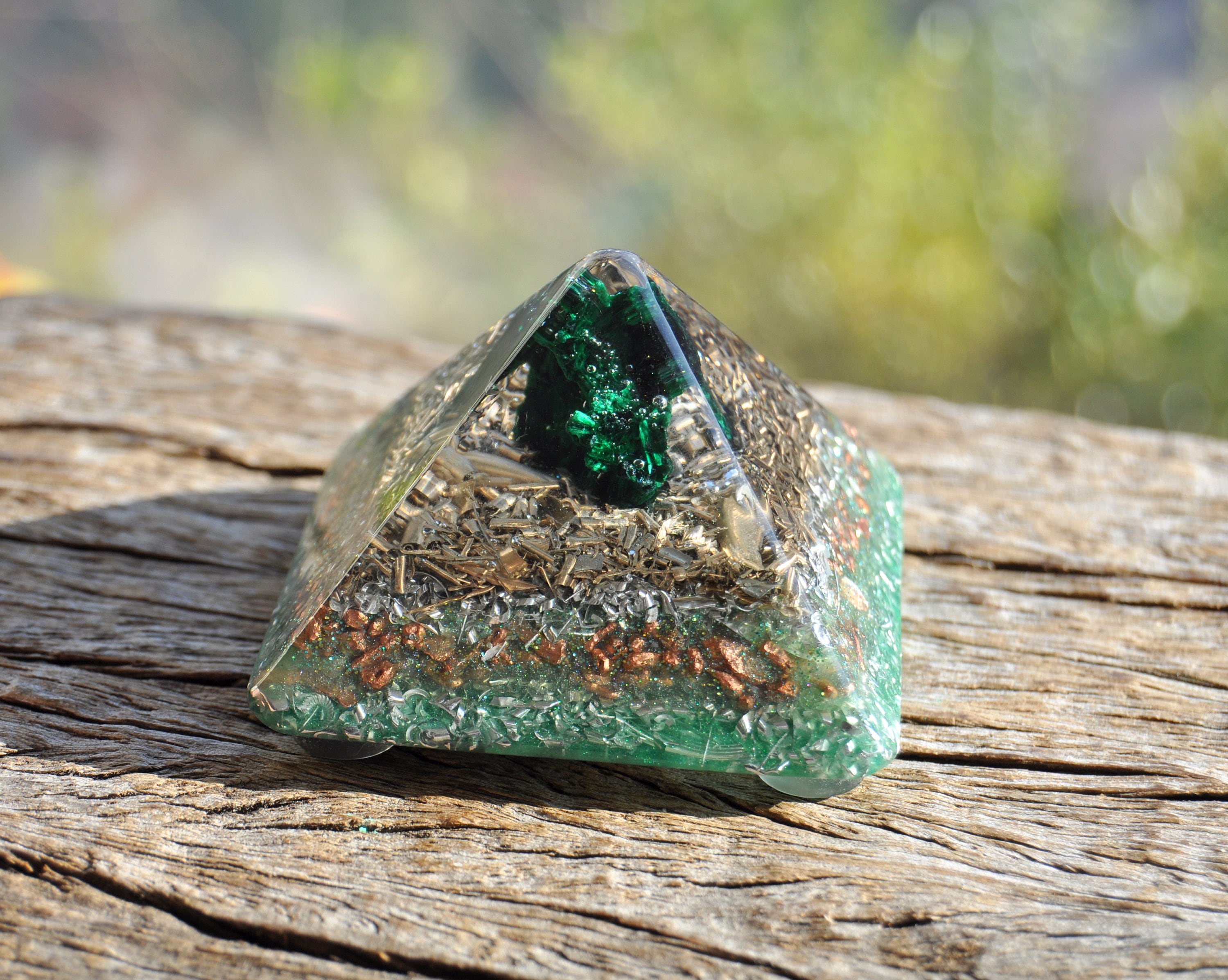 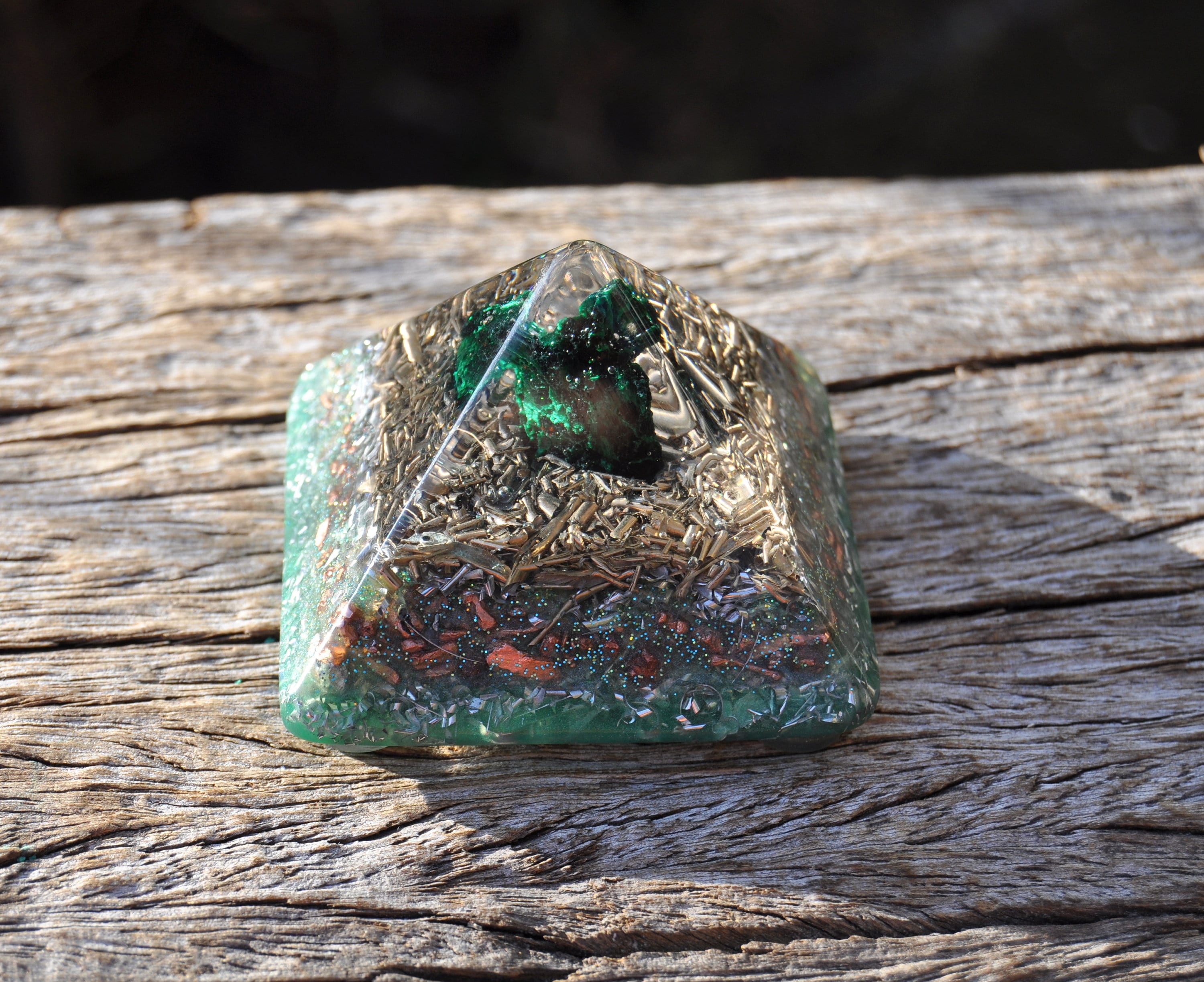 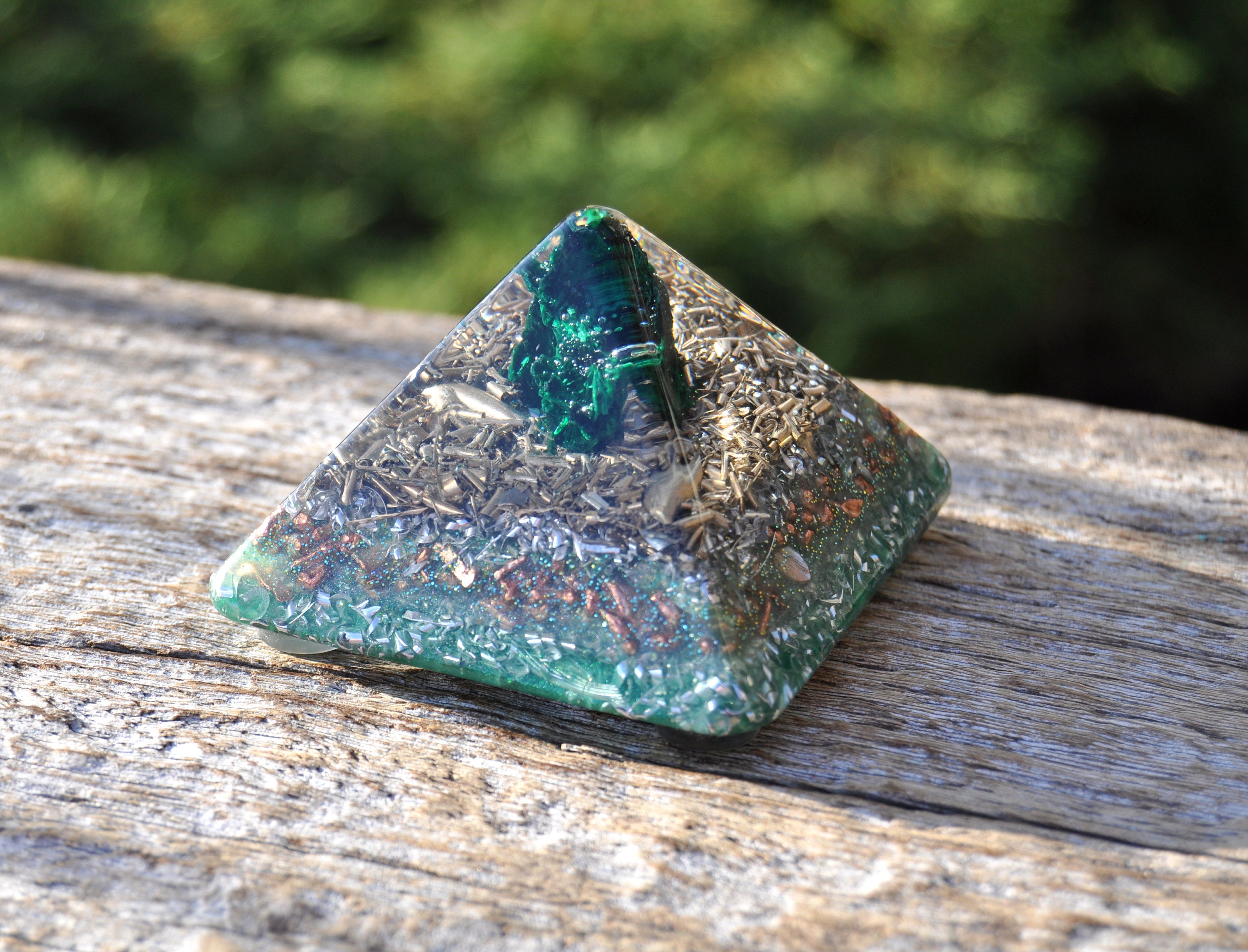 This is a unique Orgonite® pyramid with the original shape of the actual Giza pyramid in Egypt. It has one raw natural silky Malachite cluster and one stainless steel ball in the top which makes the energy come out in a round wide shape instead of a beam.