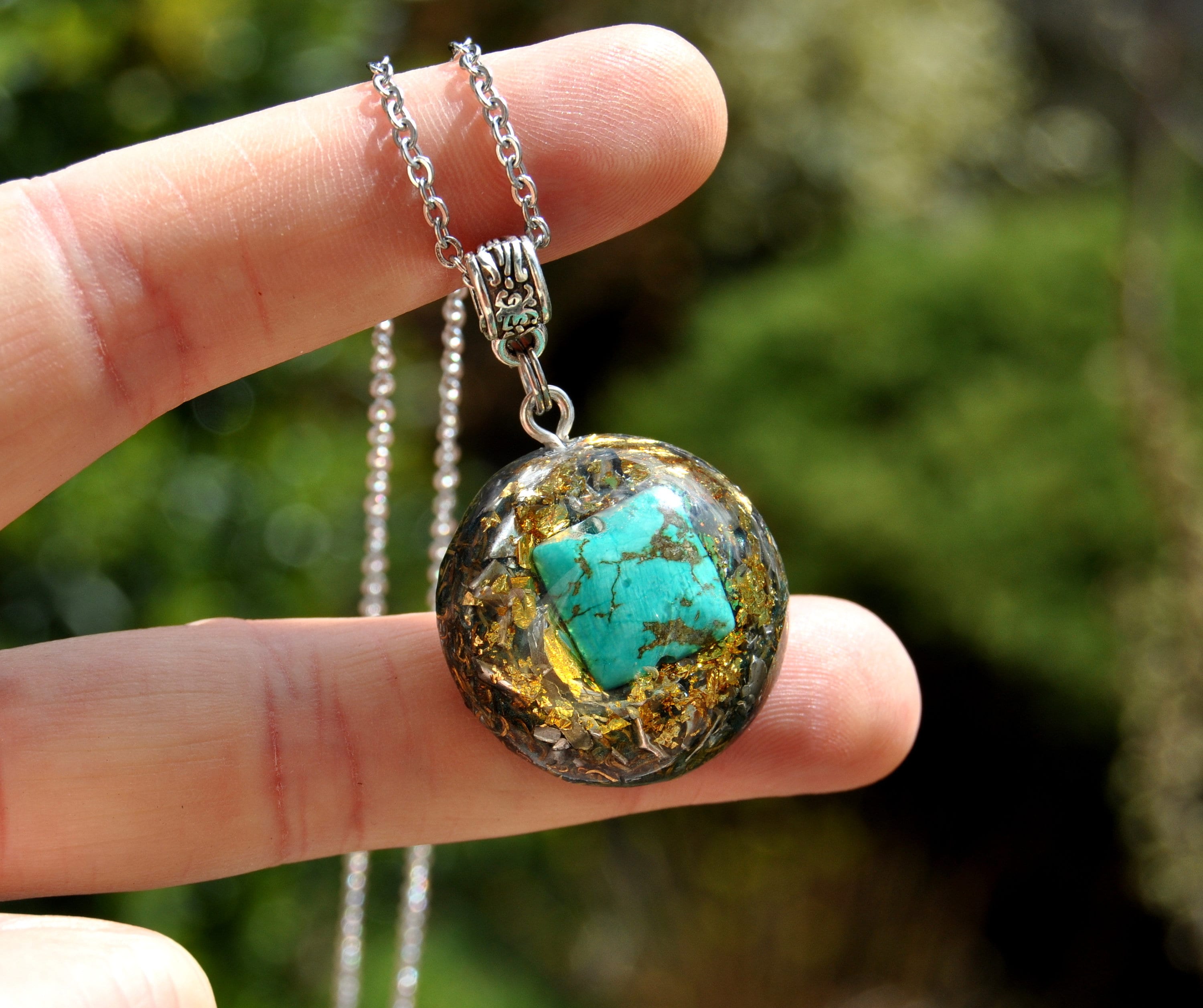 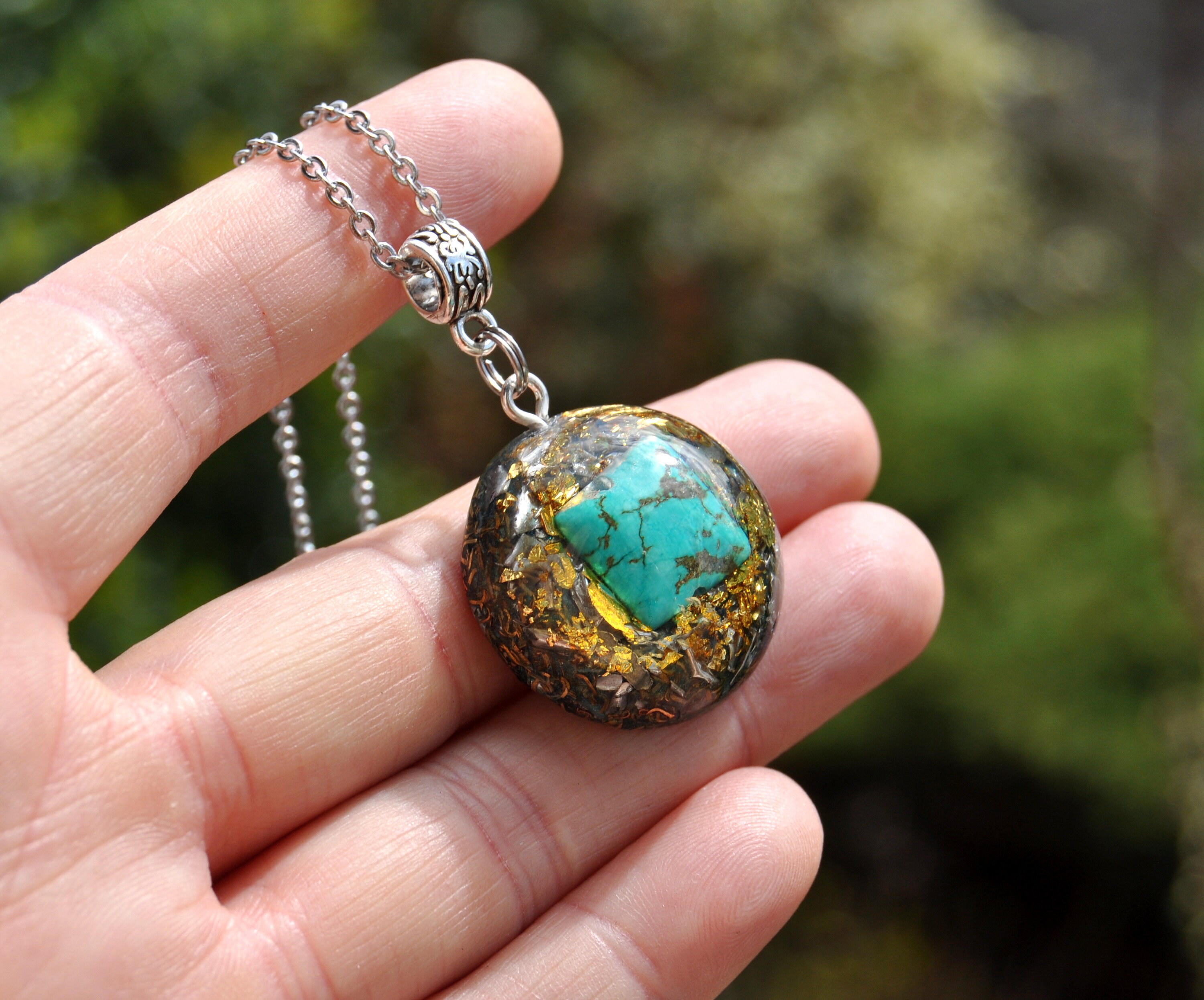 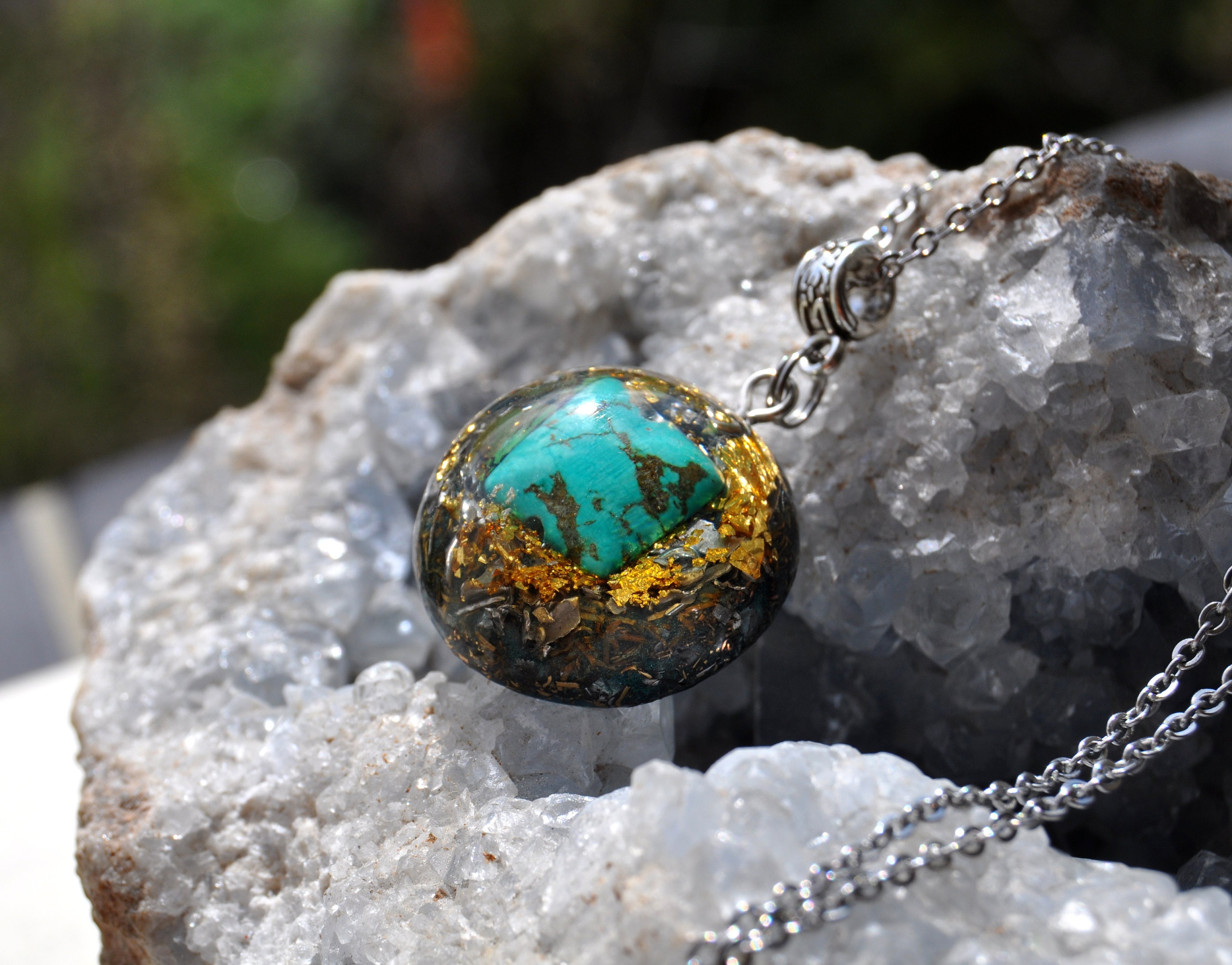 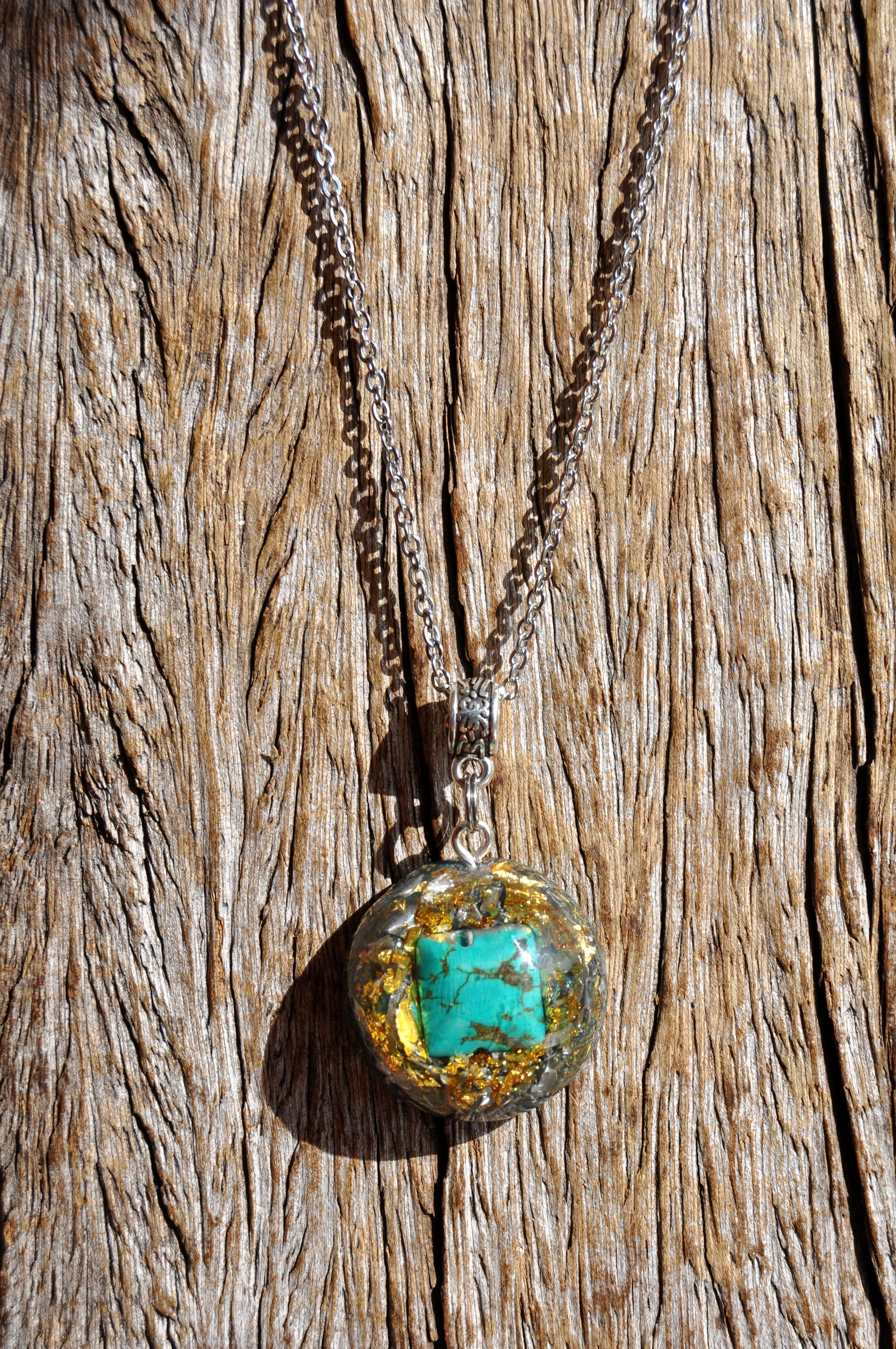 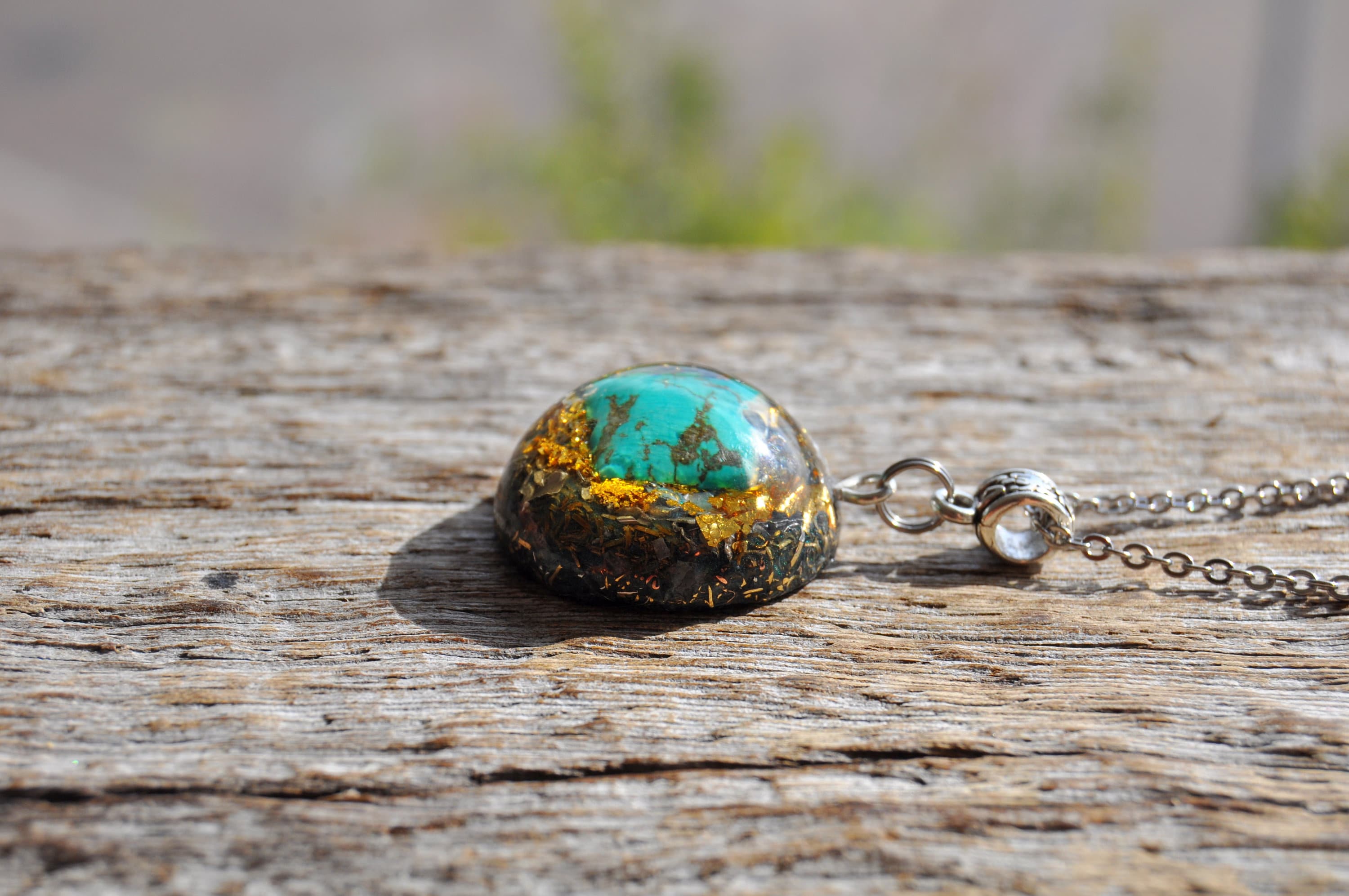 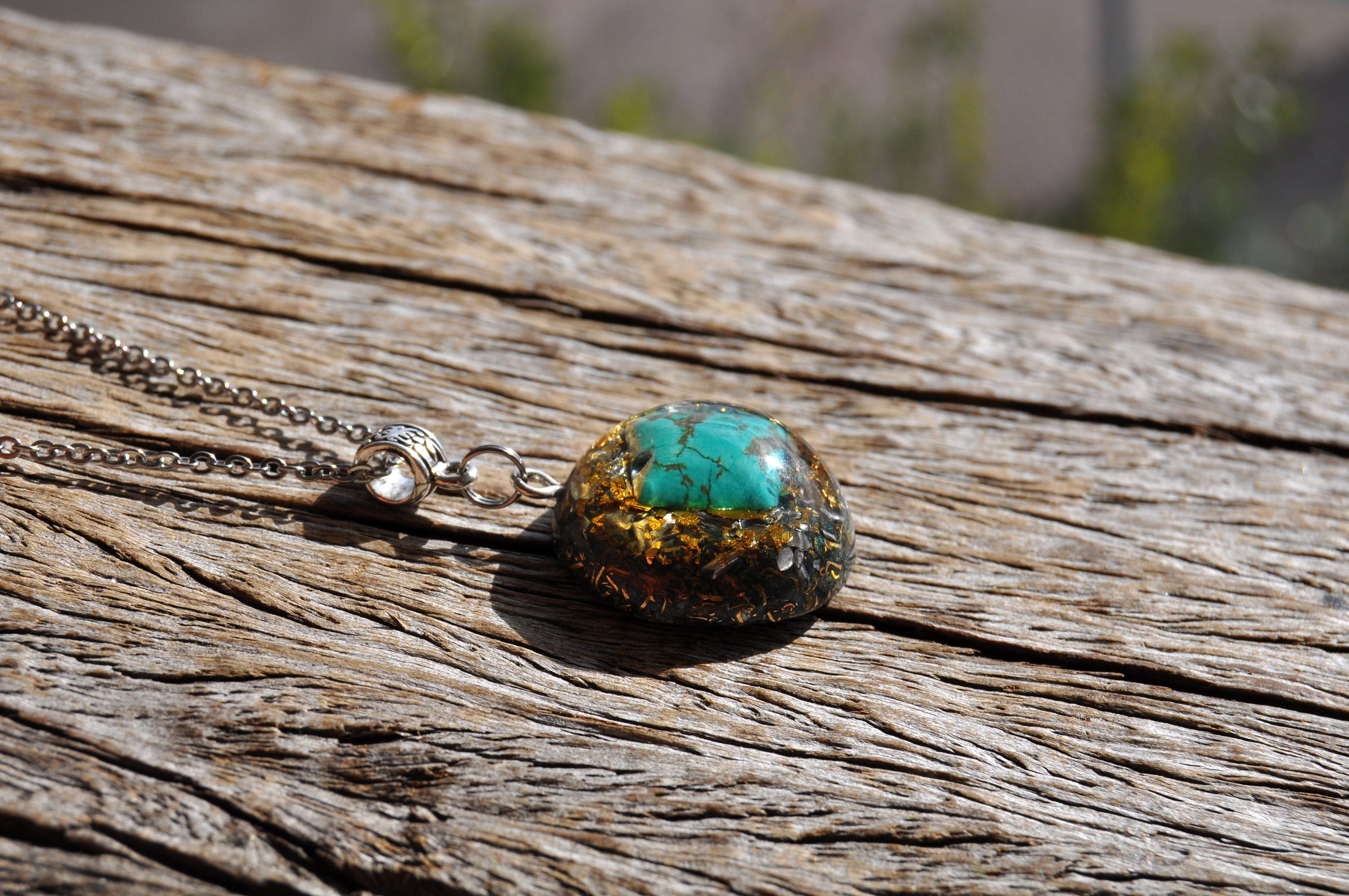 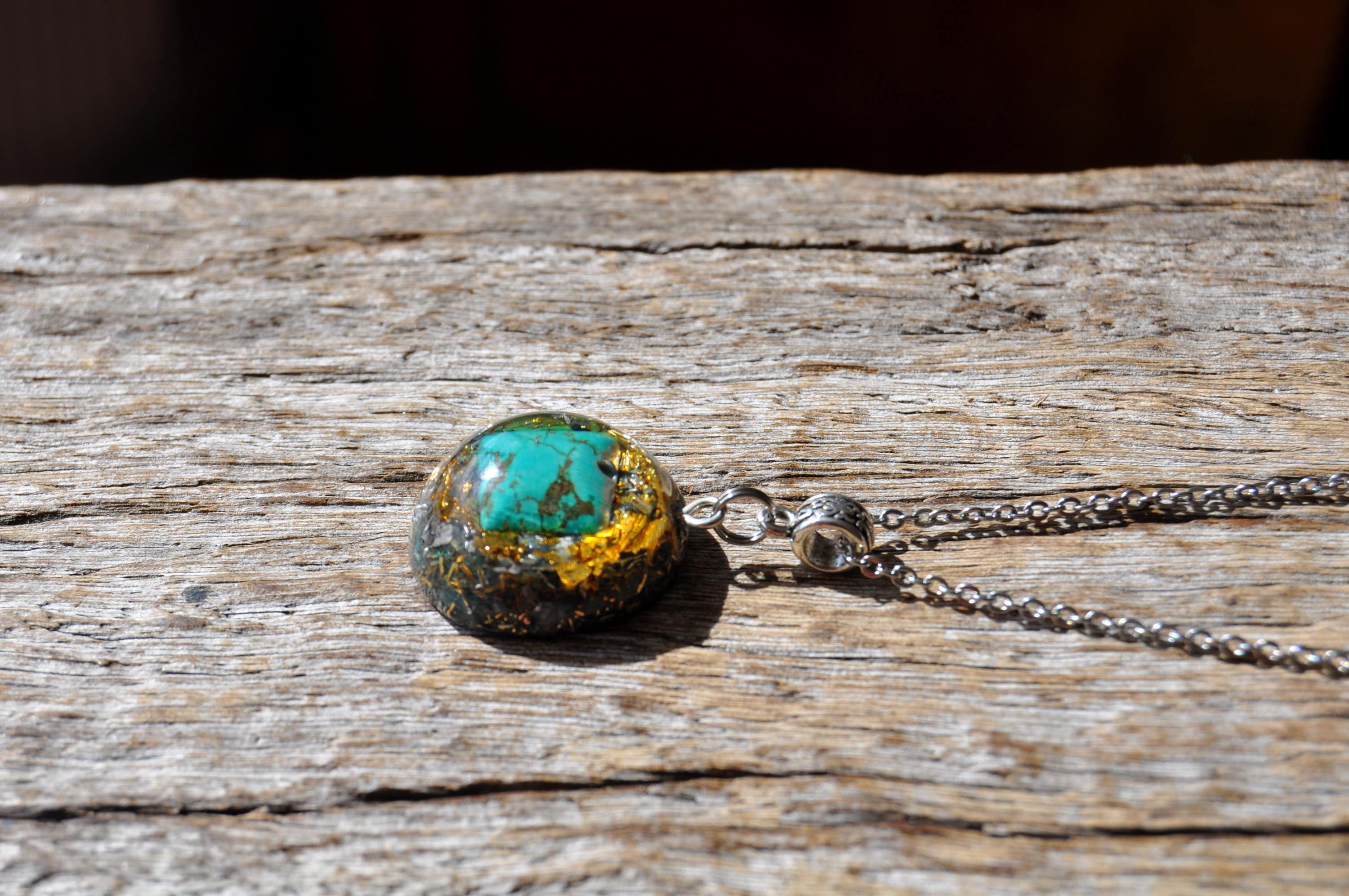 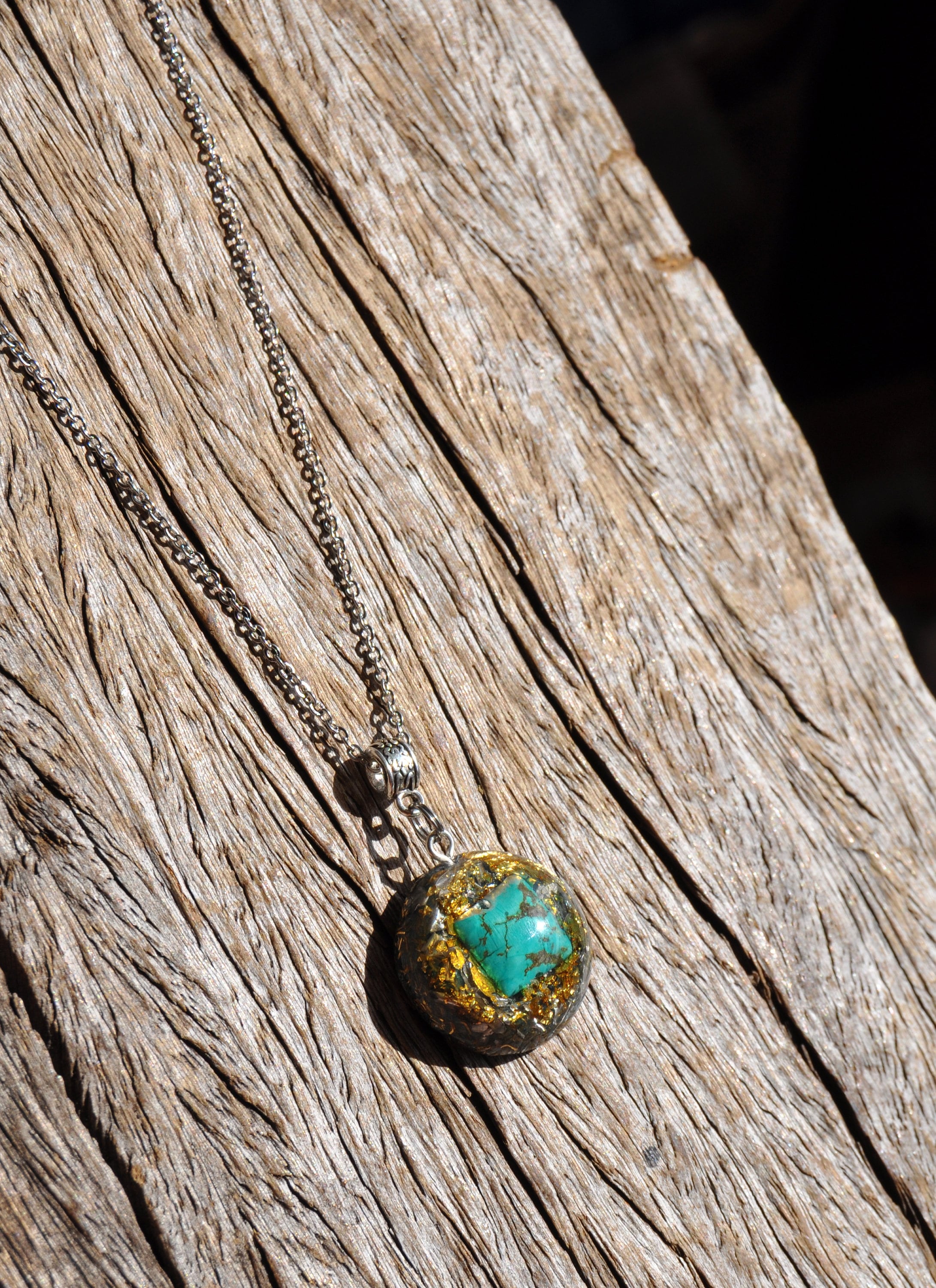 The main stone is a lovely Tibetan Turquoise which you can see in the front. I bought this bead actually when I was in Nepal from a Tibetan shop and they assured me it was authentic ancient Tibetan Turquoise.

Because it is a one of a kind hand-crafted one, it may have slight artistic imperfections.
It comes on an 50 cm cm / 20 inches stainless steel necklace with lobster clasp closing.