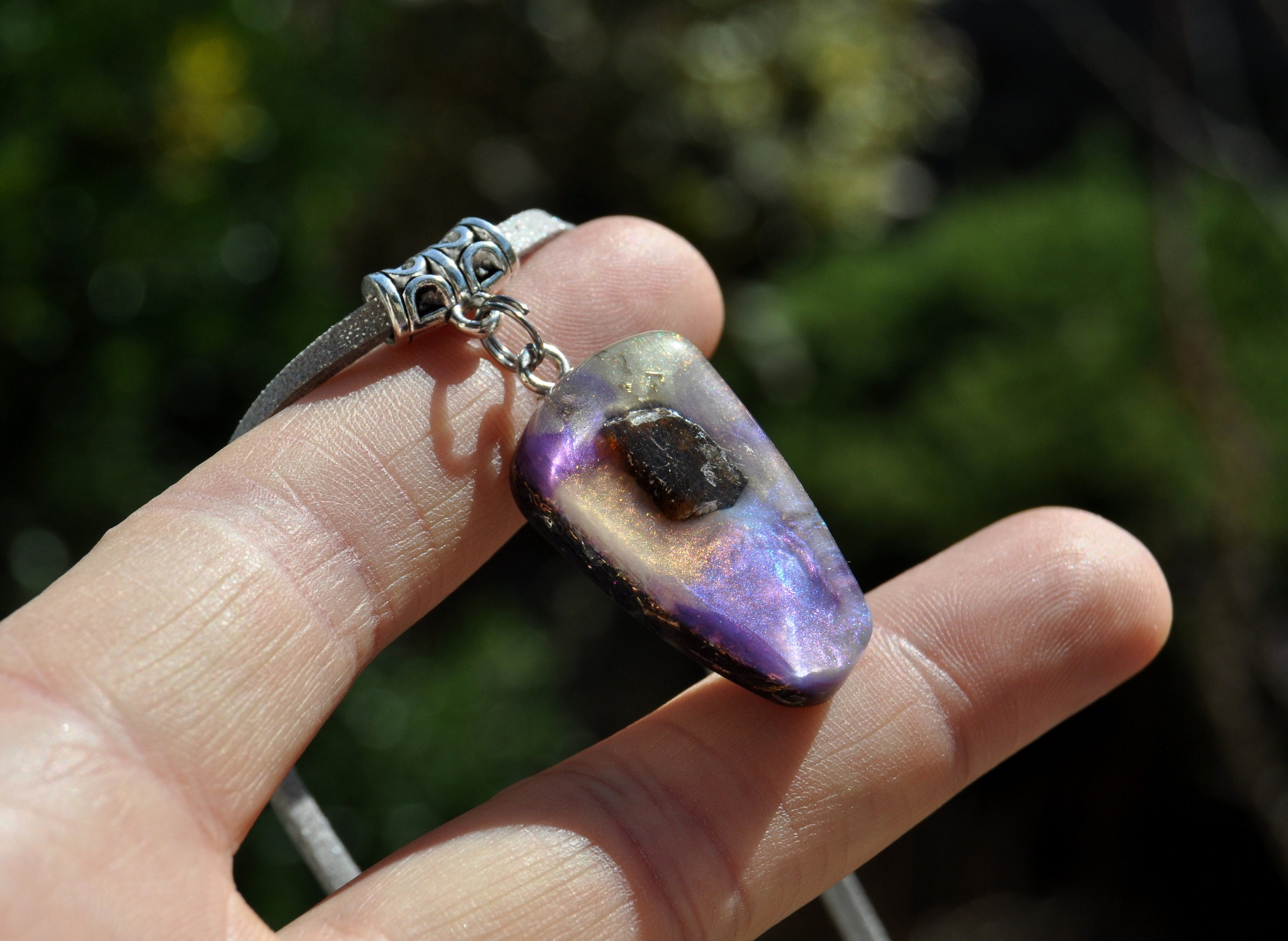 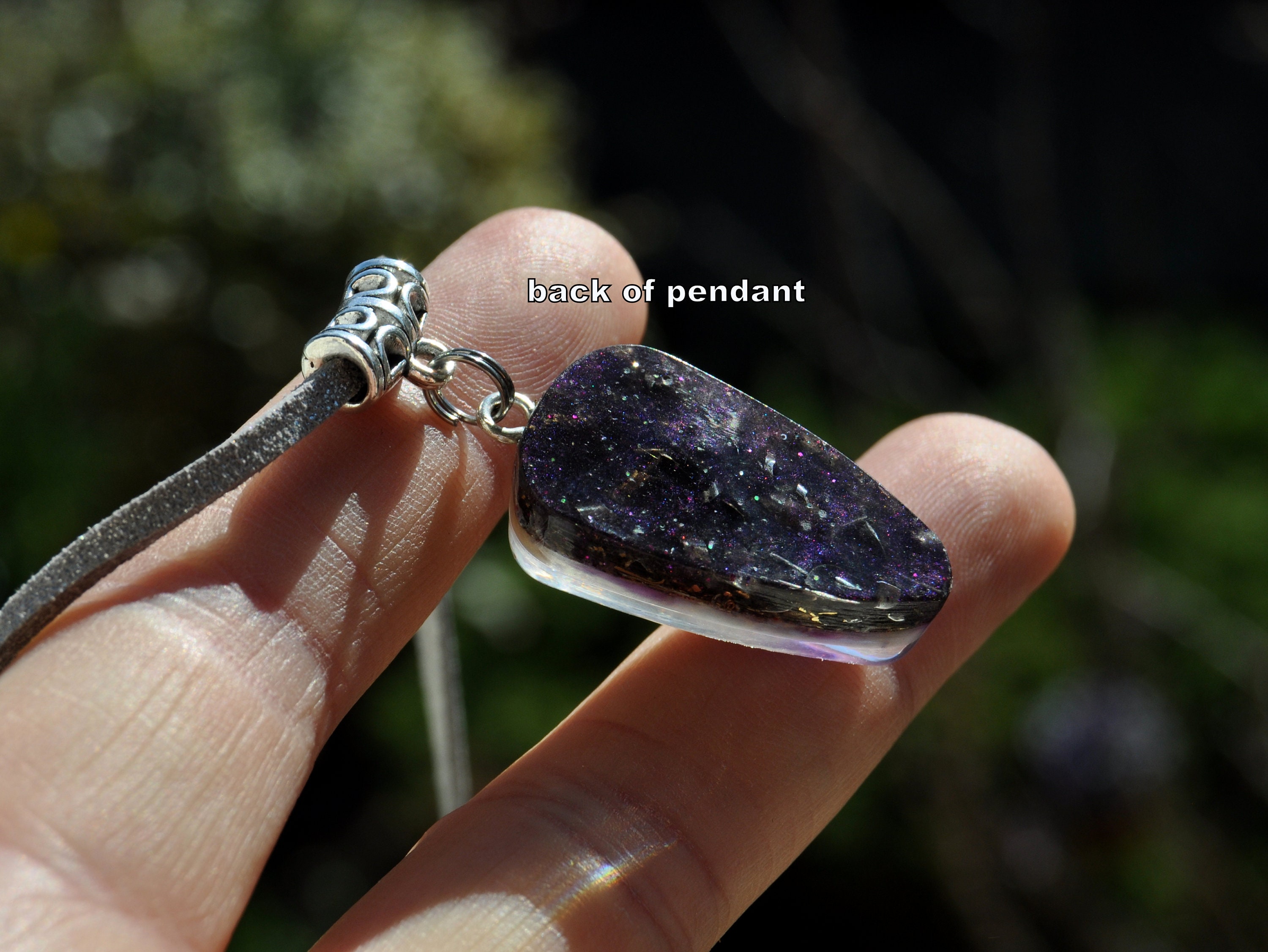 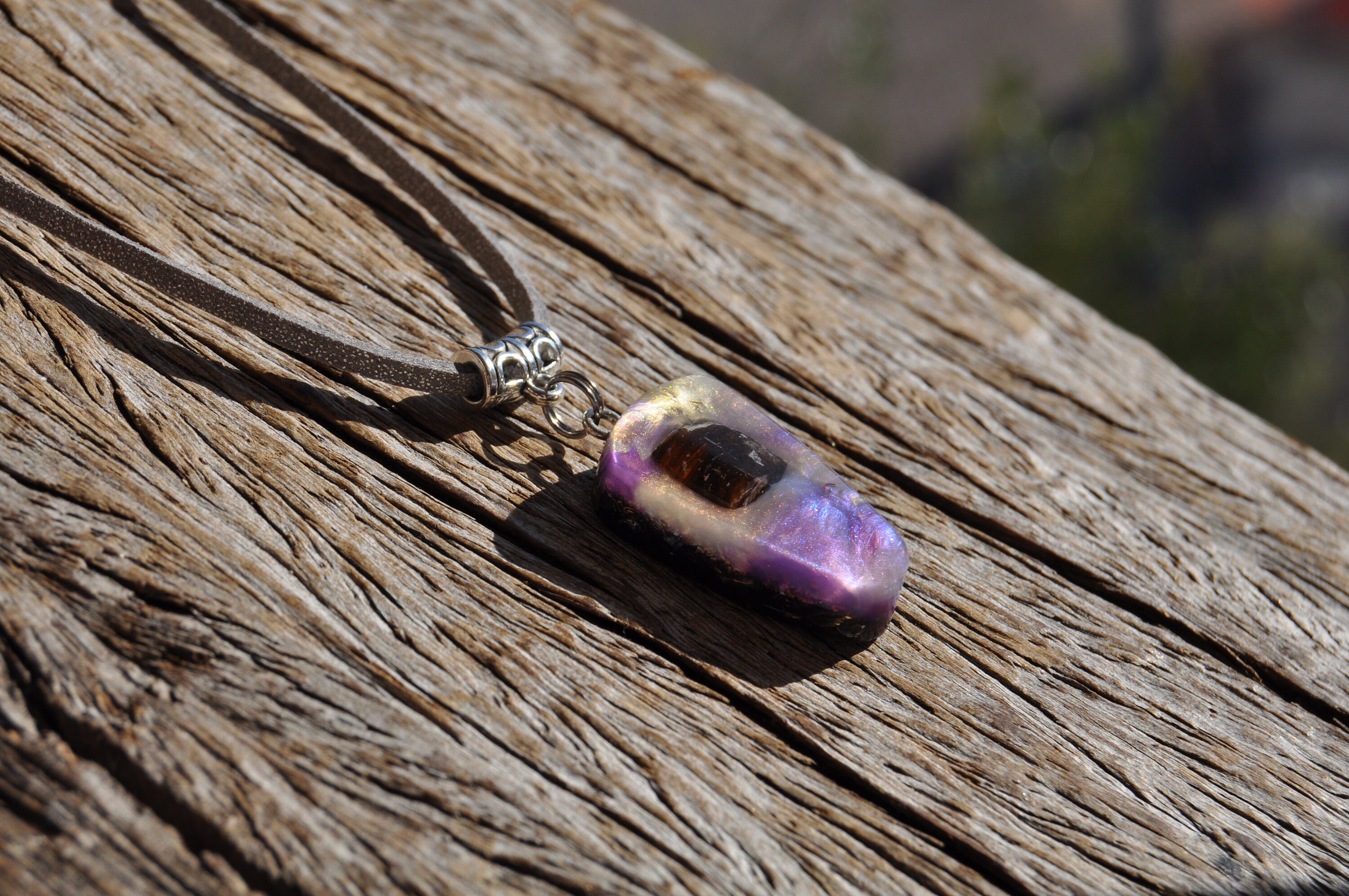 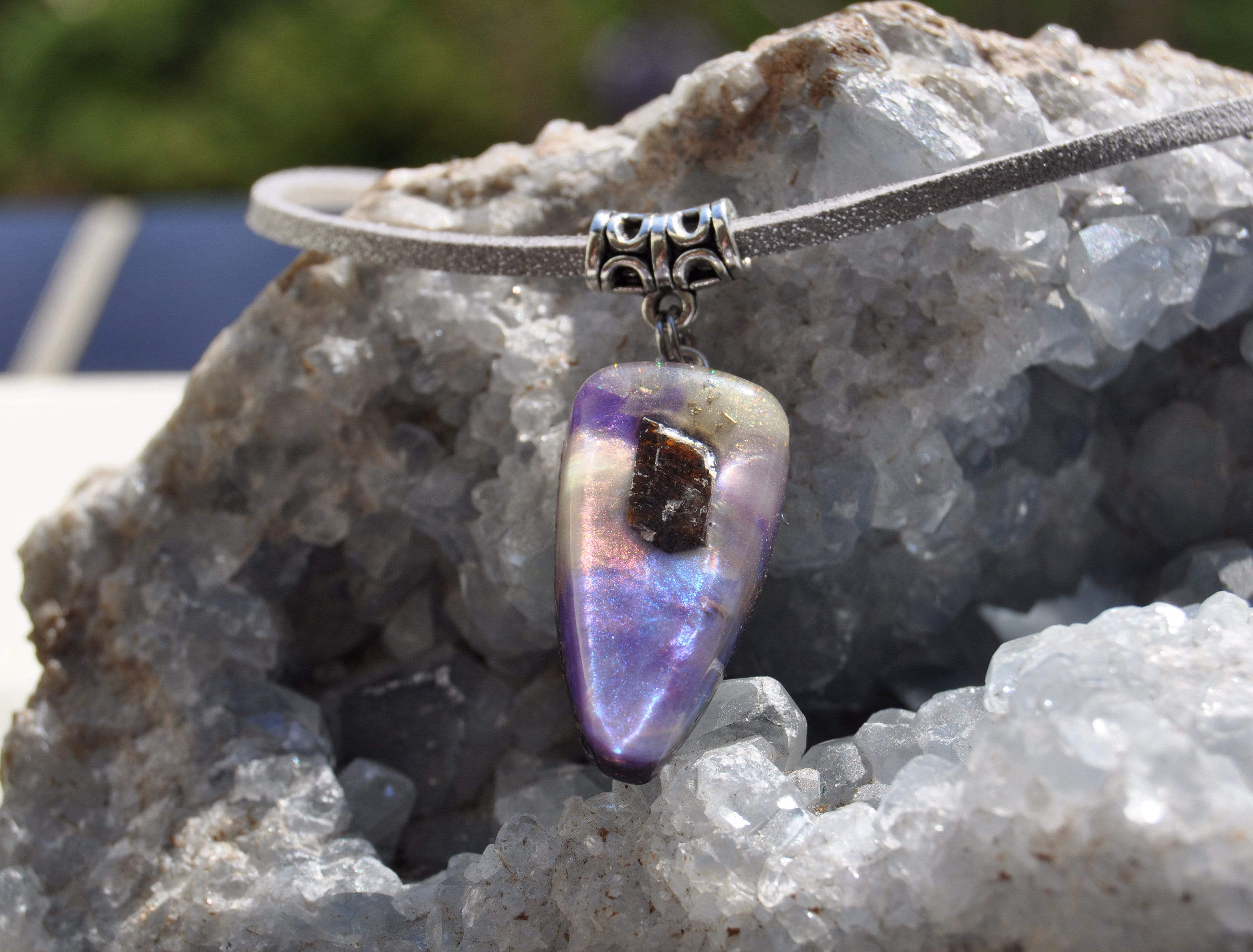 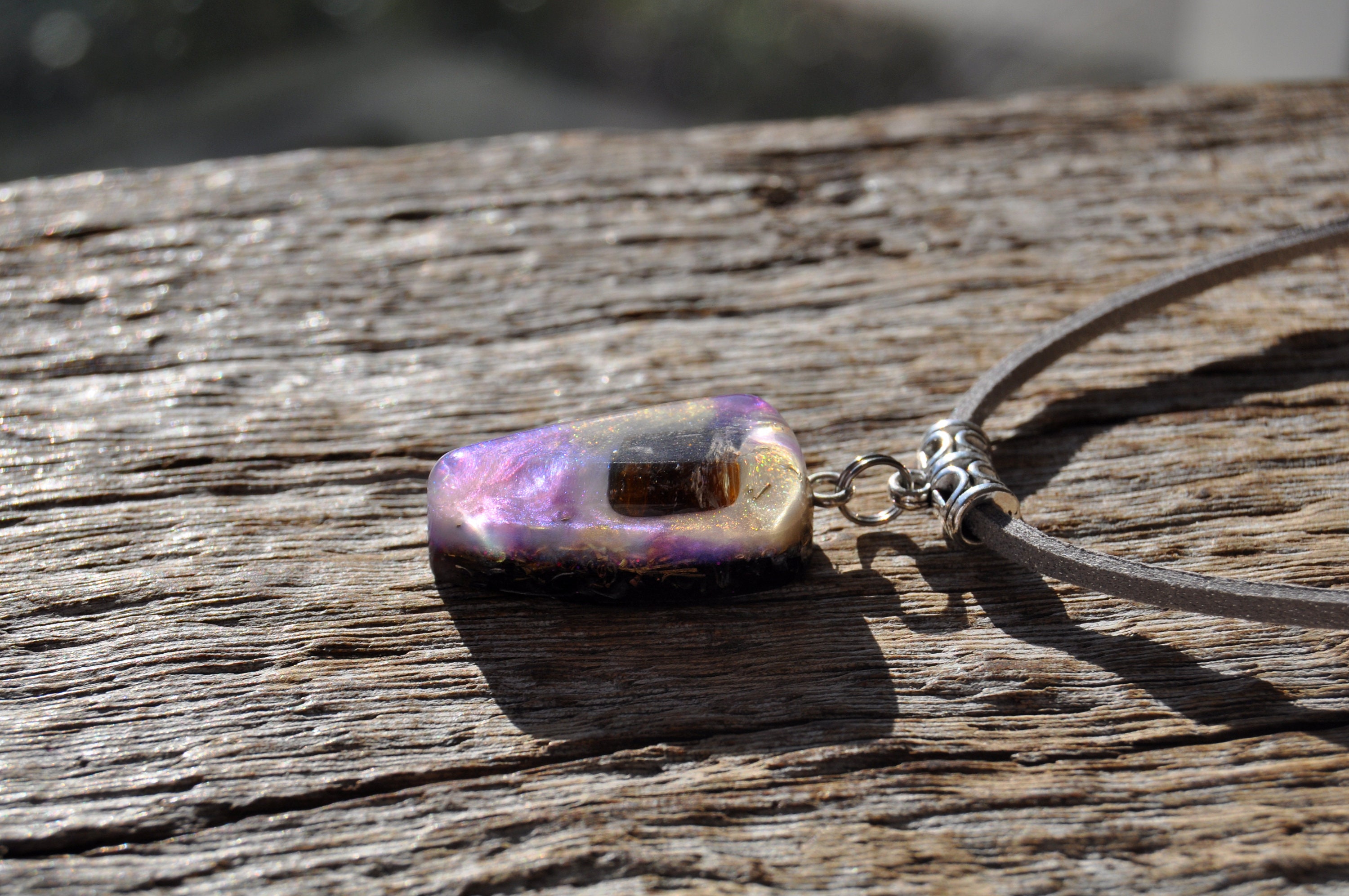 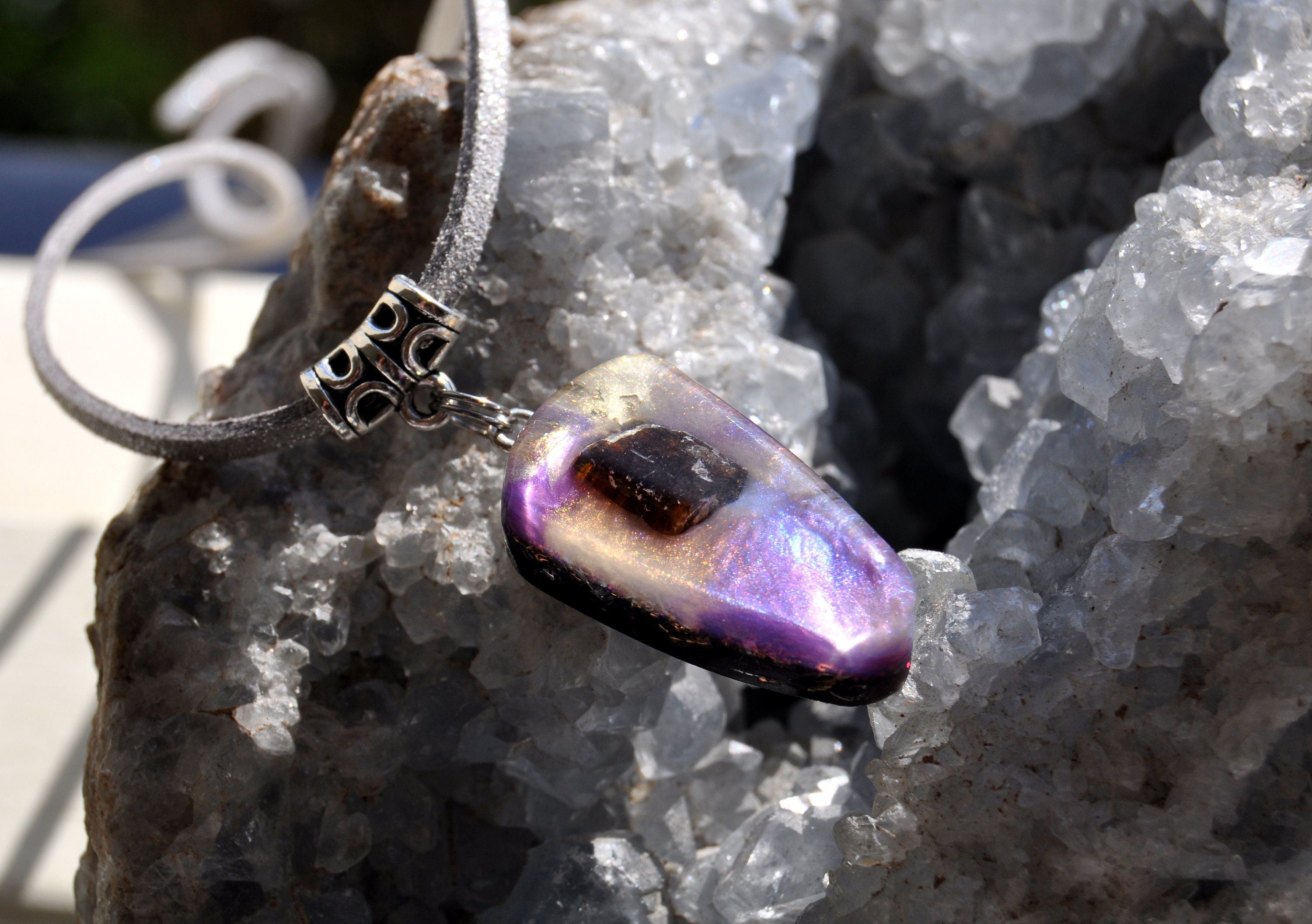 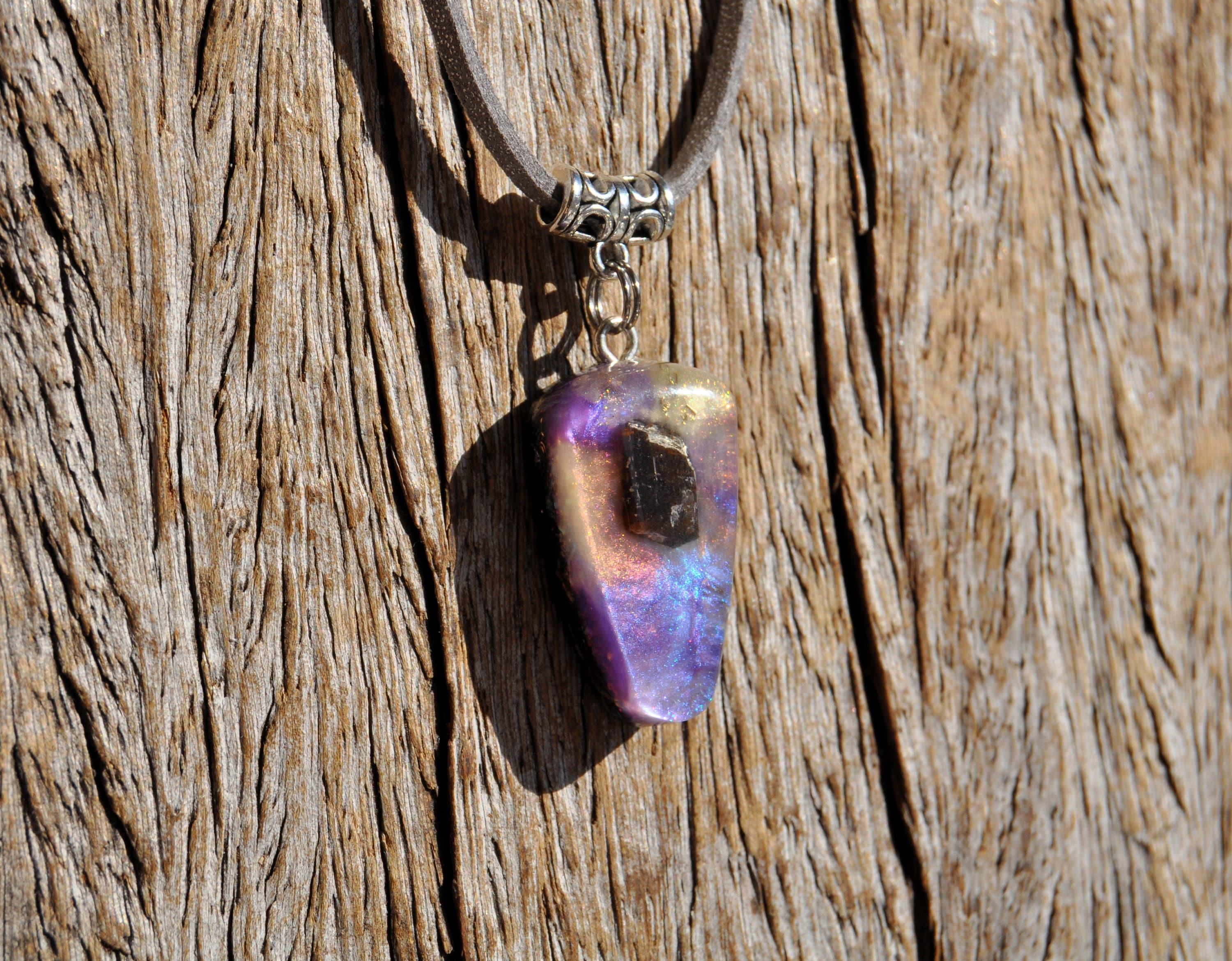 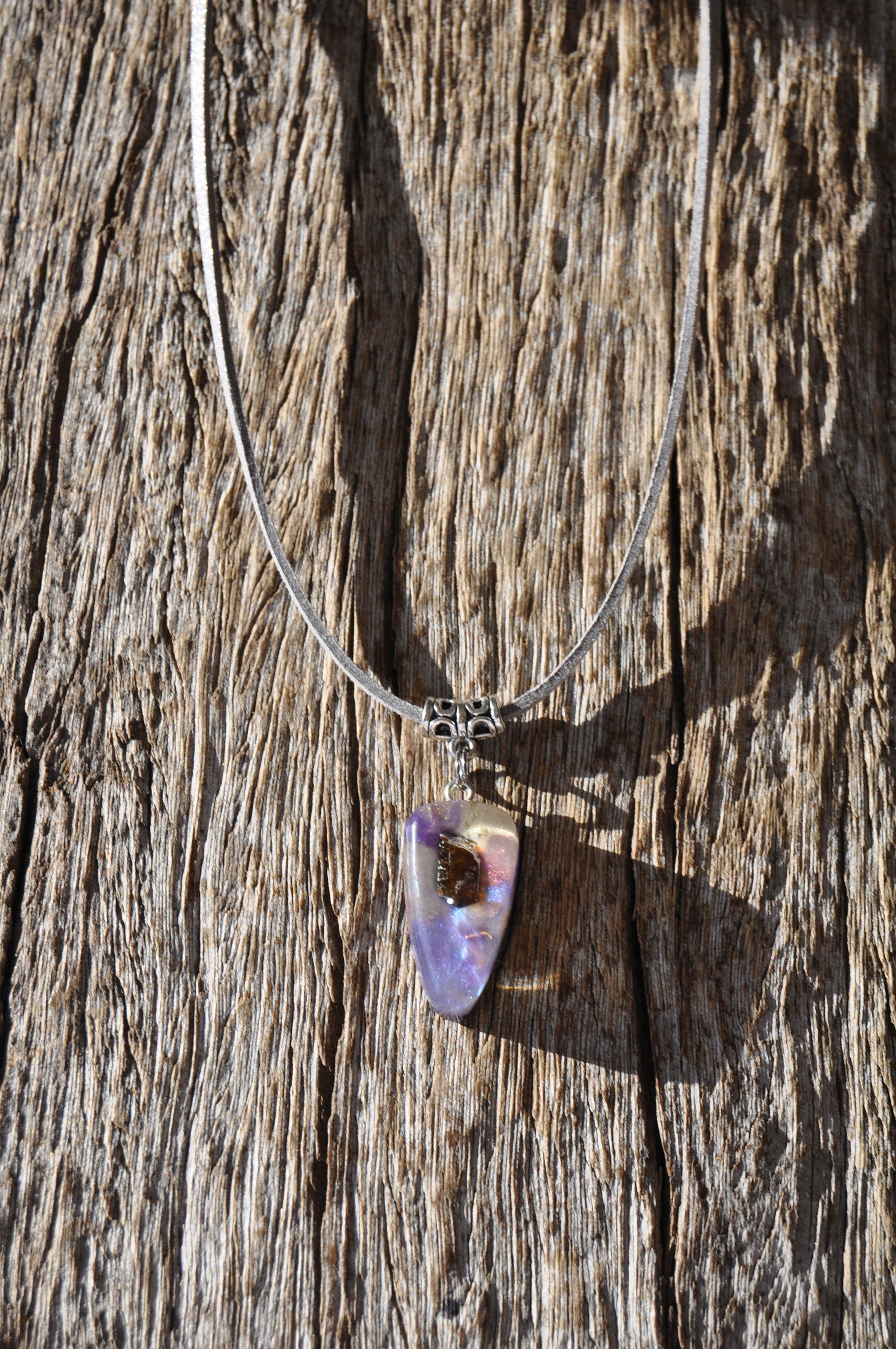 This unique teardrop shaped Orgonite® pendant has a piece of raw brown Tourmaline (also called Dravite) in the front. It furthermore contains some copper, bronze and brass shavings and a base mix of Rose quartz (self love), Selenite (to clean and charge the other crystals), Rhodizite (to amplify the other crystals), Elite Shungite (protection), black Tourmaline (to ground excess energy and for protection) in between the durable resin metal layers.

In ancient times it was believed that Tourmaline glowed due to is very own energy, as the stone become electrostatically charged when partaking in friction.

Dravite has a strong grounding action and like other Tourmalines is also quite soothing, and has a calming, relaxing and reassuring effect on the body.

It helps you to come down from the higher planes and to make a stronger earth connection.

All Tourmalines are said to enhance understanding, increase self-confidence and amplify psychic energies. They are told to neutralize negative energies, dispel fear and grief as well as aid in concentration and communication. This crystal is deeply cleansing energetically and helps to grant you added stamina when you are going through onerous situations.

It helps you to have a deeper acceptance of yourself, especially those parts of yourself that you may not like and would rather did not exist. With acceptance comes the ability to move on with life.

One might consider the family of Tourmalines a bit like batteries to ones electromagnetic system. Charge oneself overnight by holding these stones in the hands, by placing them under one’s pillow, or place them on a bedside table pointing towards oneself.