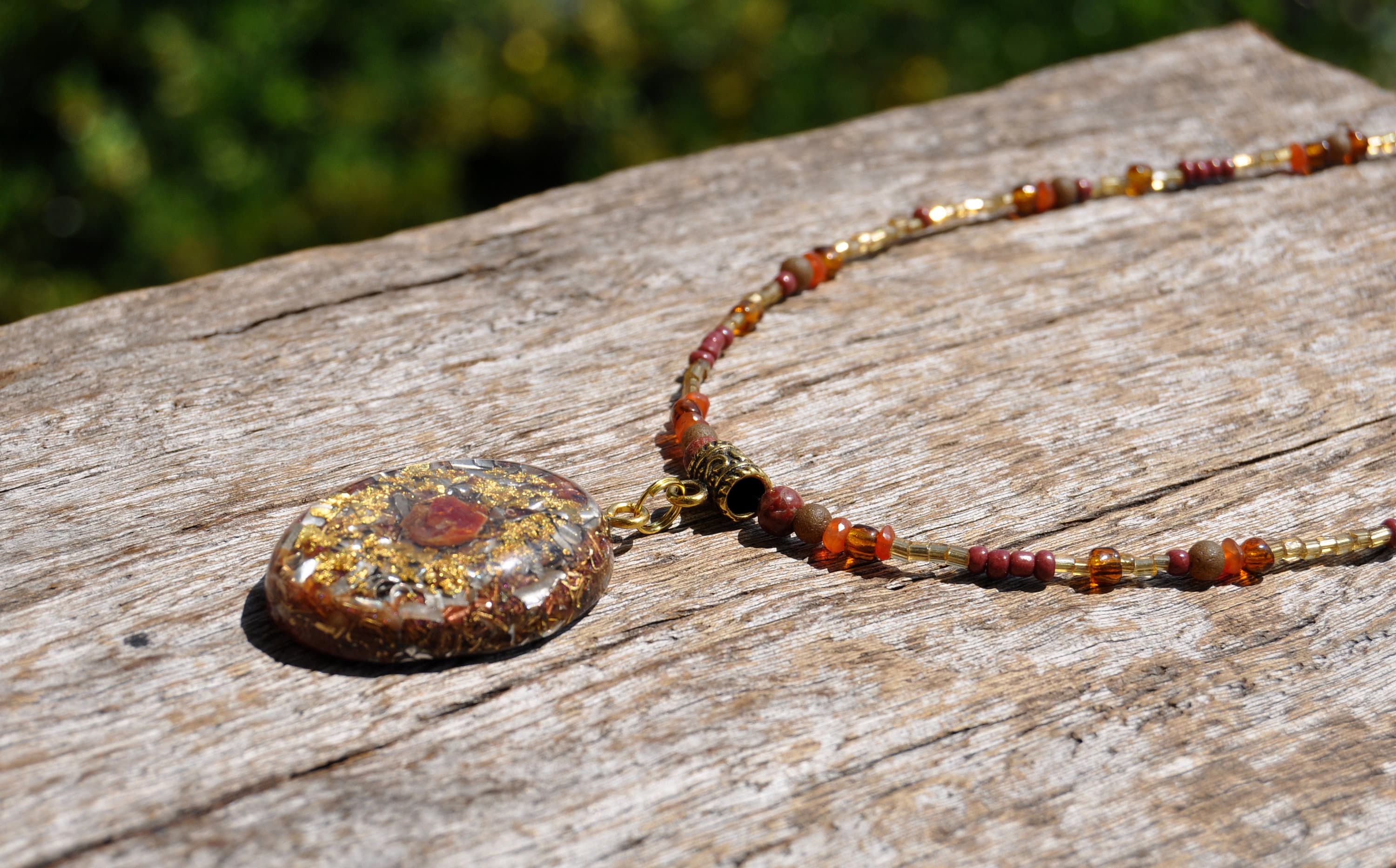 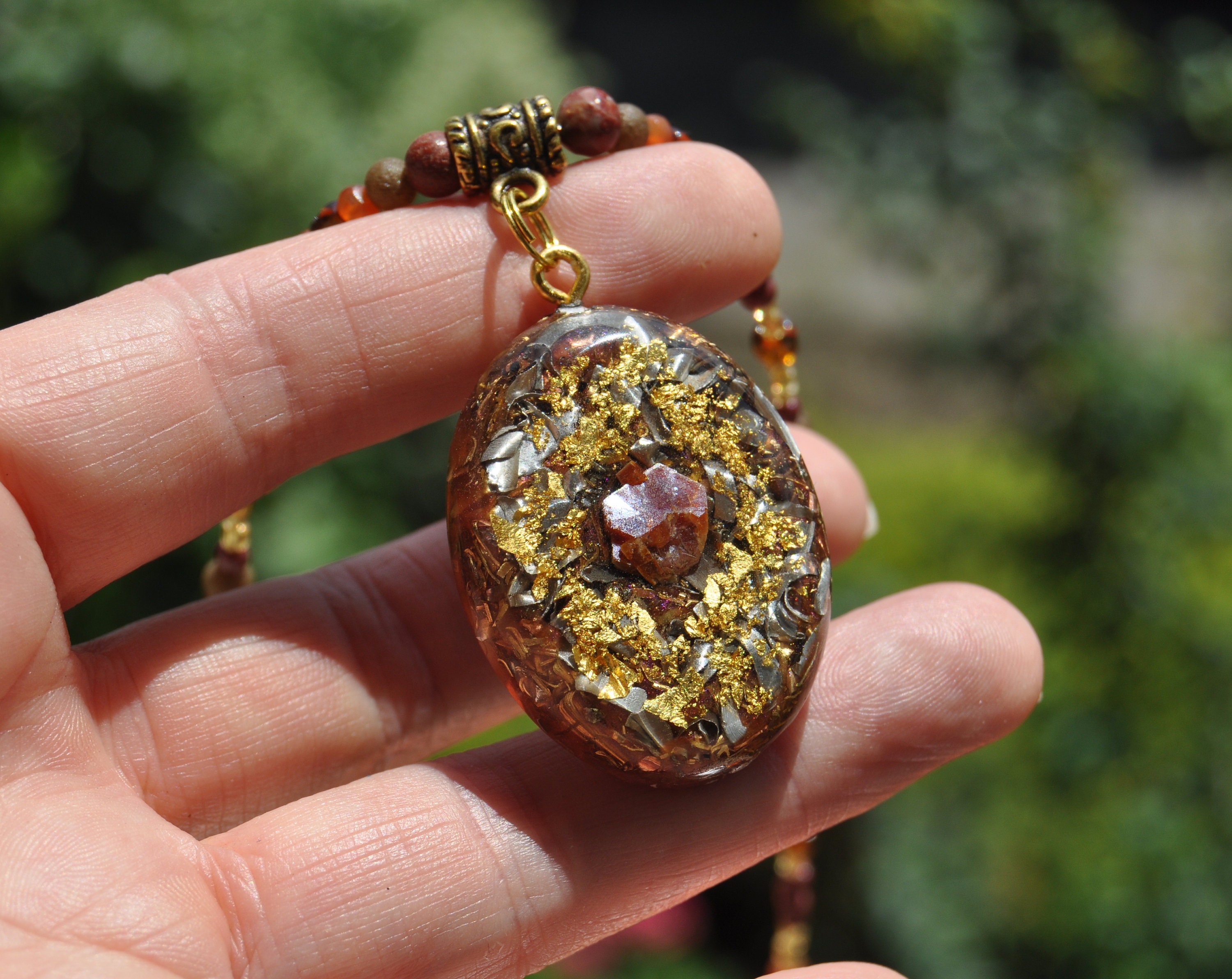 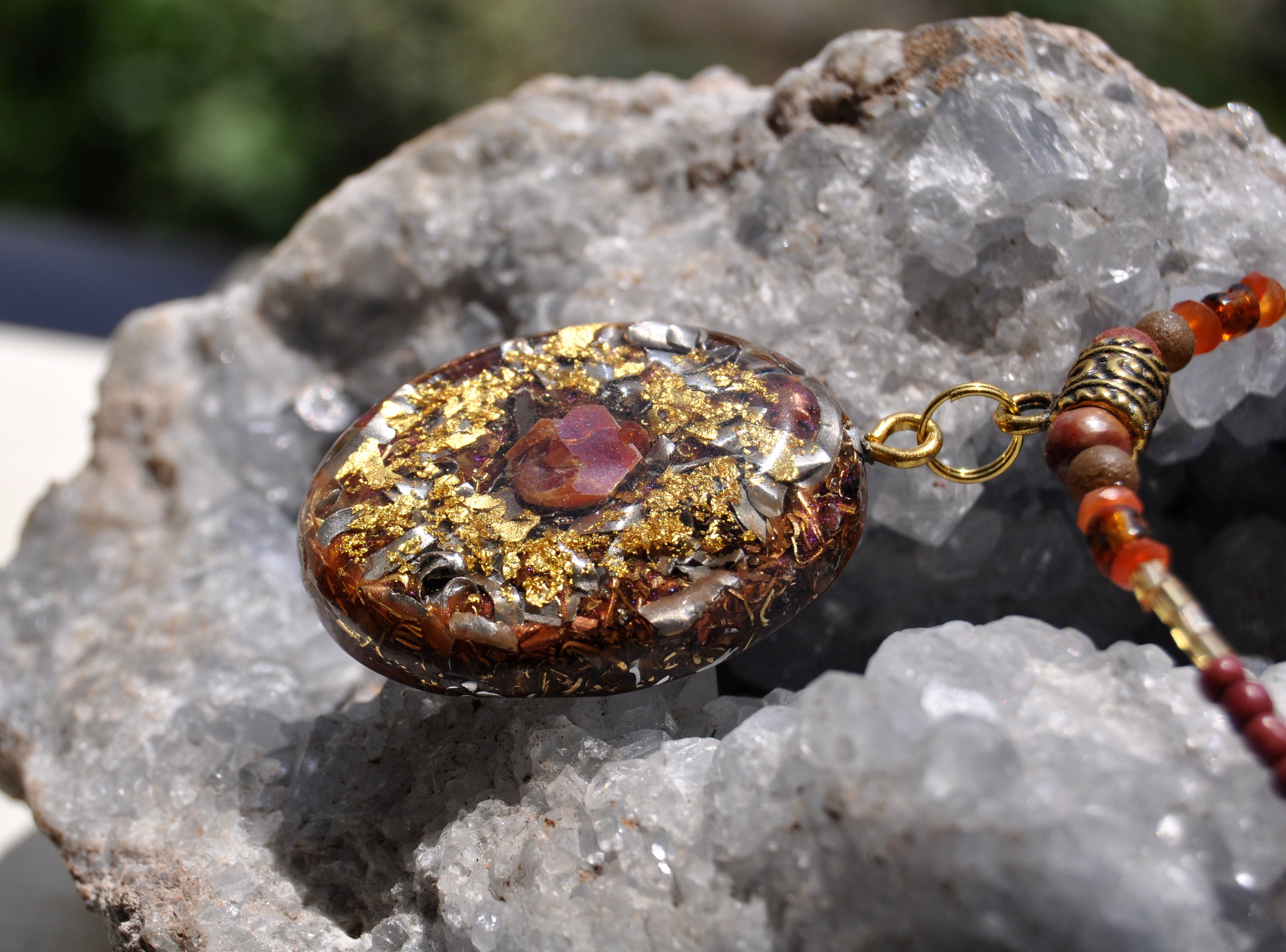 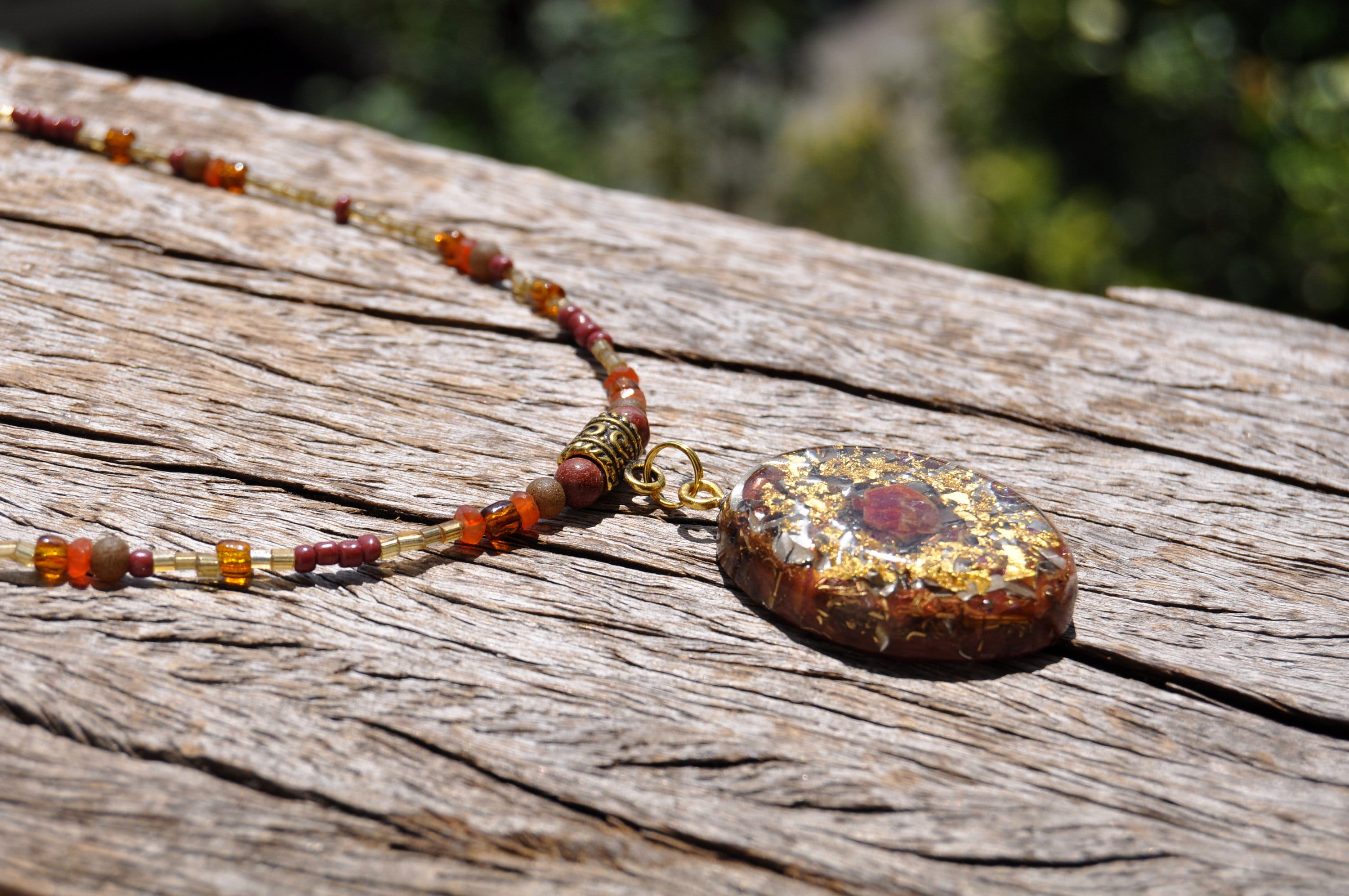 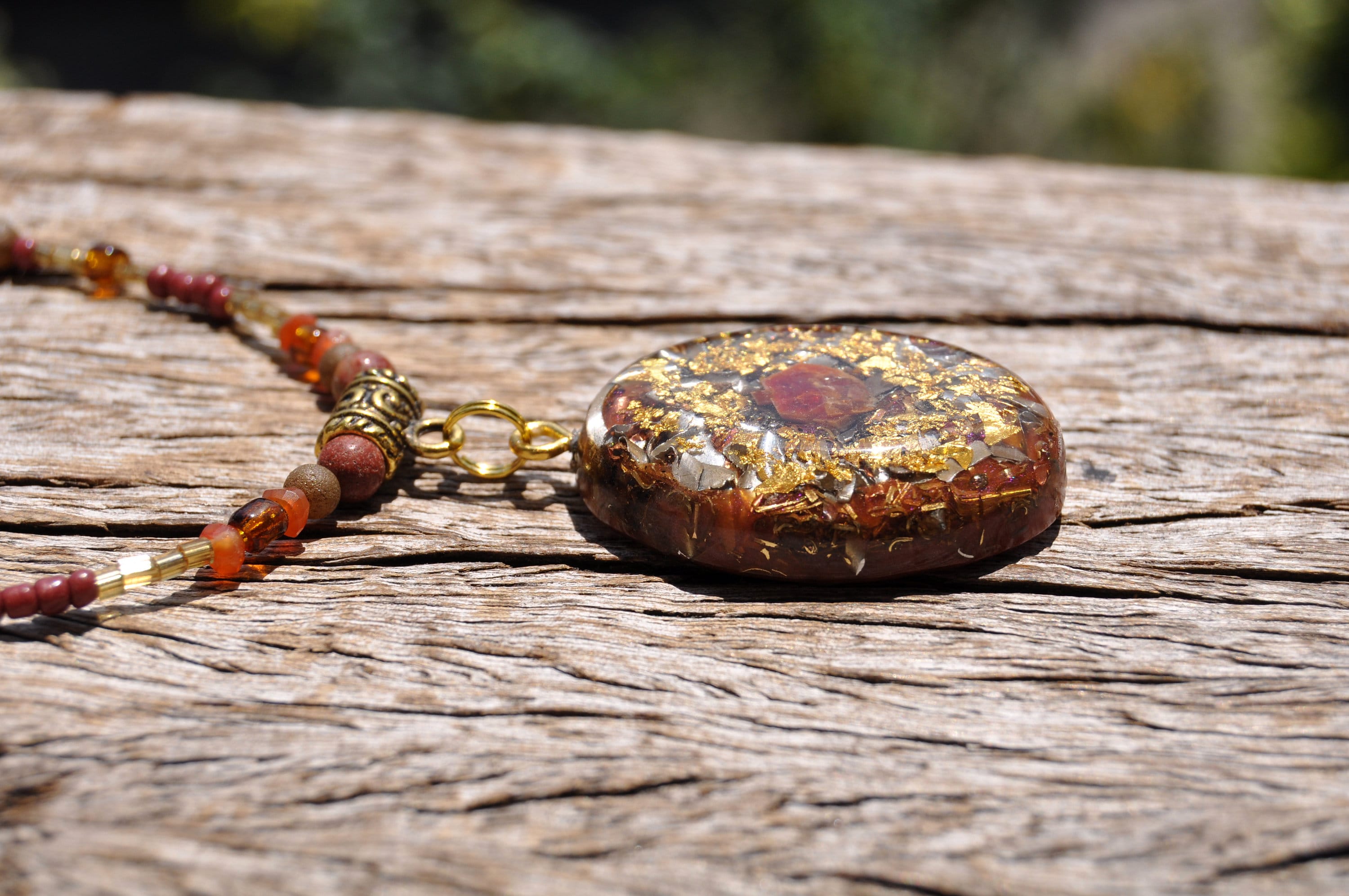 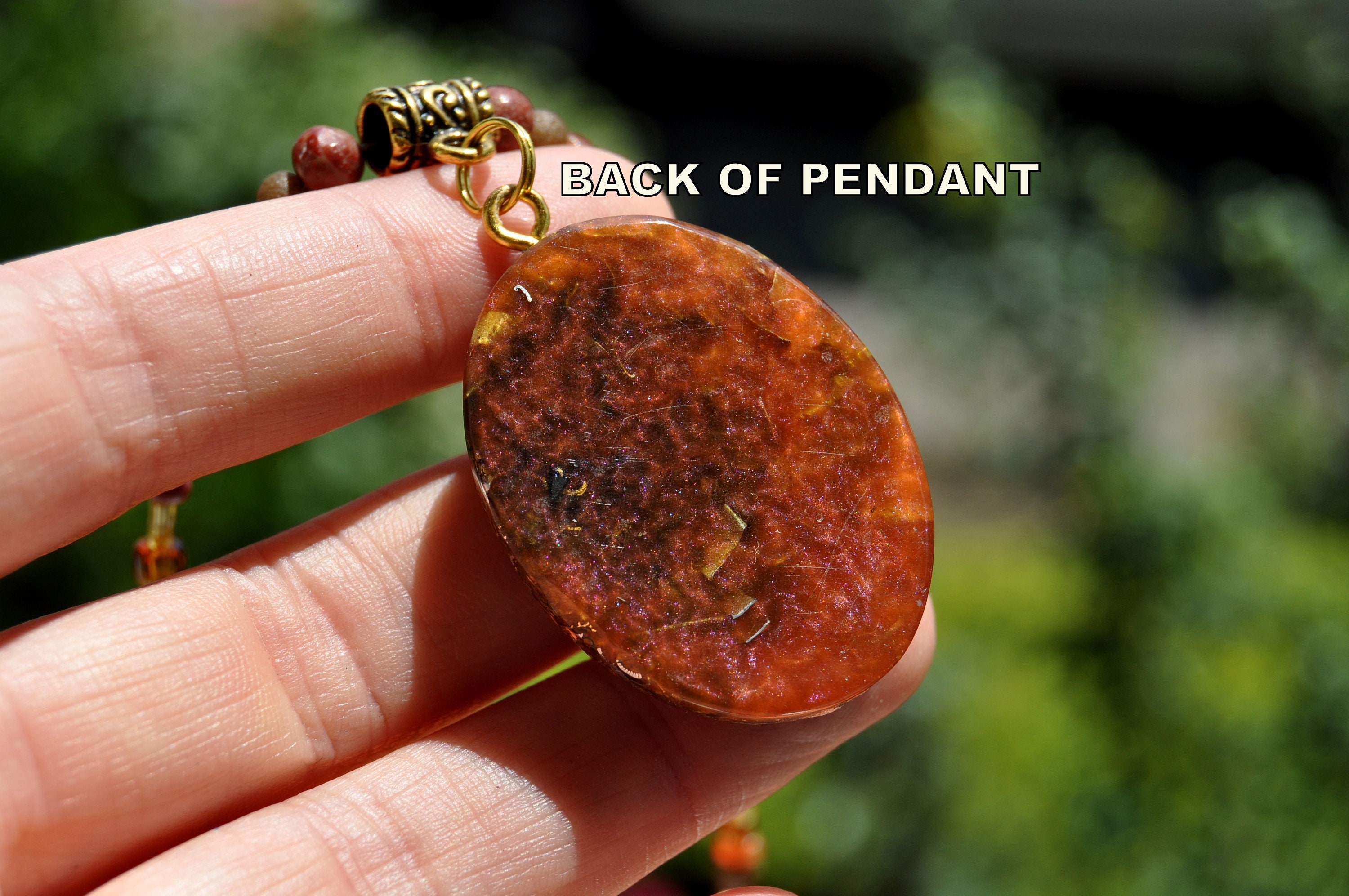 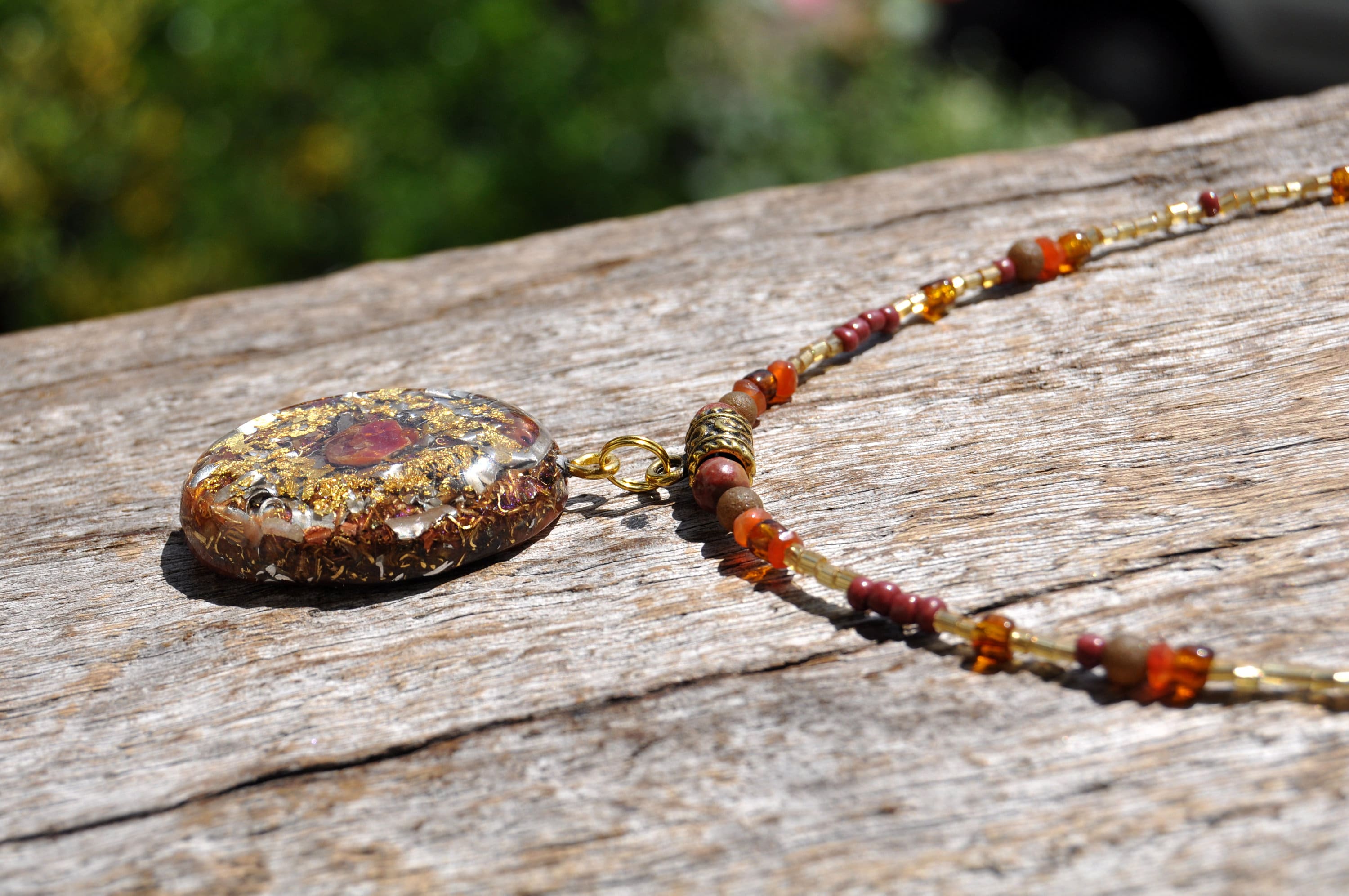 This unique Orgonite® pendant features a Vanidinite crystal in the front surround by 24k leaf gold. It furthermore contains various metal (bronze, copper, aluminium and brass) shavings, a base mix of black Tourmaline (for protection and grounding excess energy), Rhodizite (to amplify the other crystals), Elite Shungite ( emf protection), Selenite (to clean and charge the other crystals) and clear quartz (for piezo electric effect) all within a durable resin setting.

It comes on a 50 cm / 20 inches beaded necklace with lobster clasp closing. The necklace consists of mostly glass beads and some Carnelian Agate gemstone beads (12 pieces).
If you prefer the necklace to be shorter, please let me know while ordering and Ill adjust it for you.