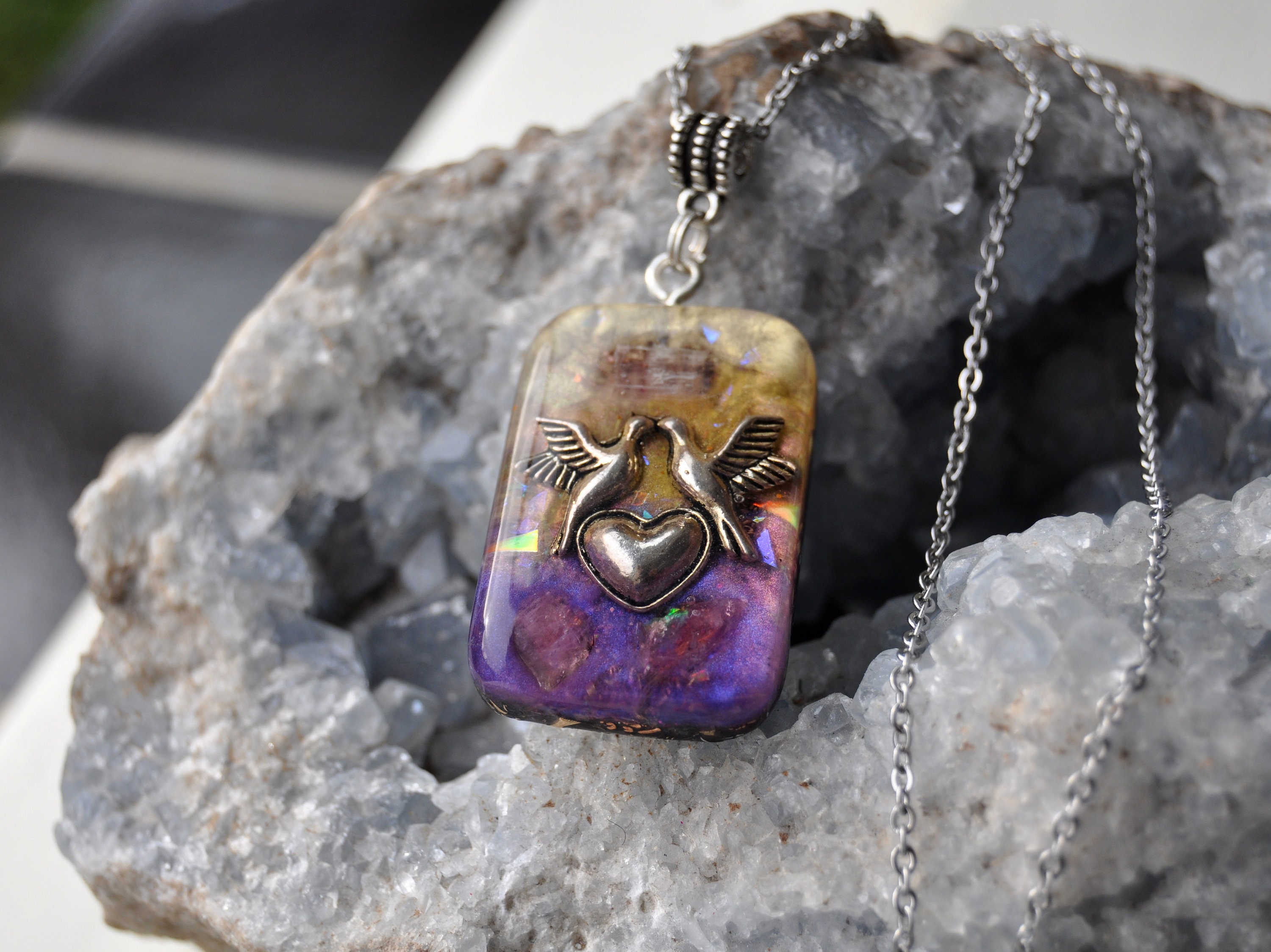 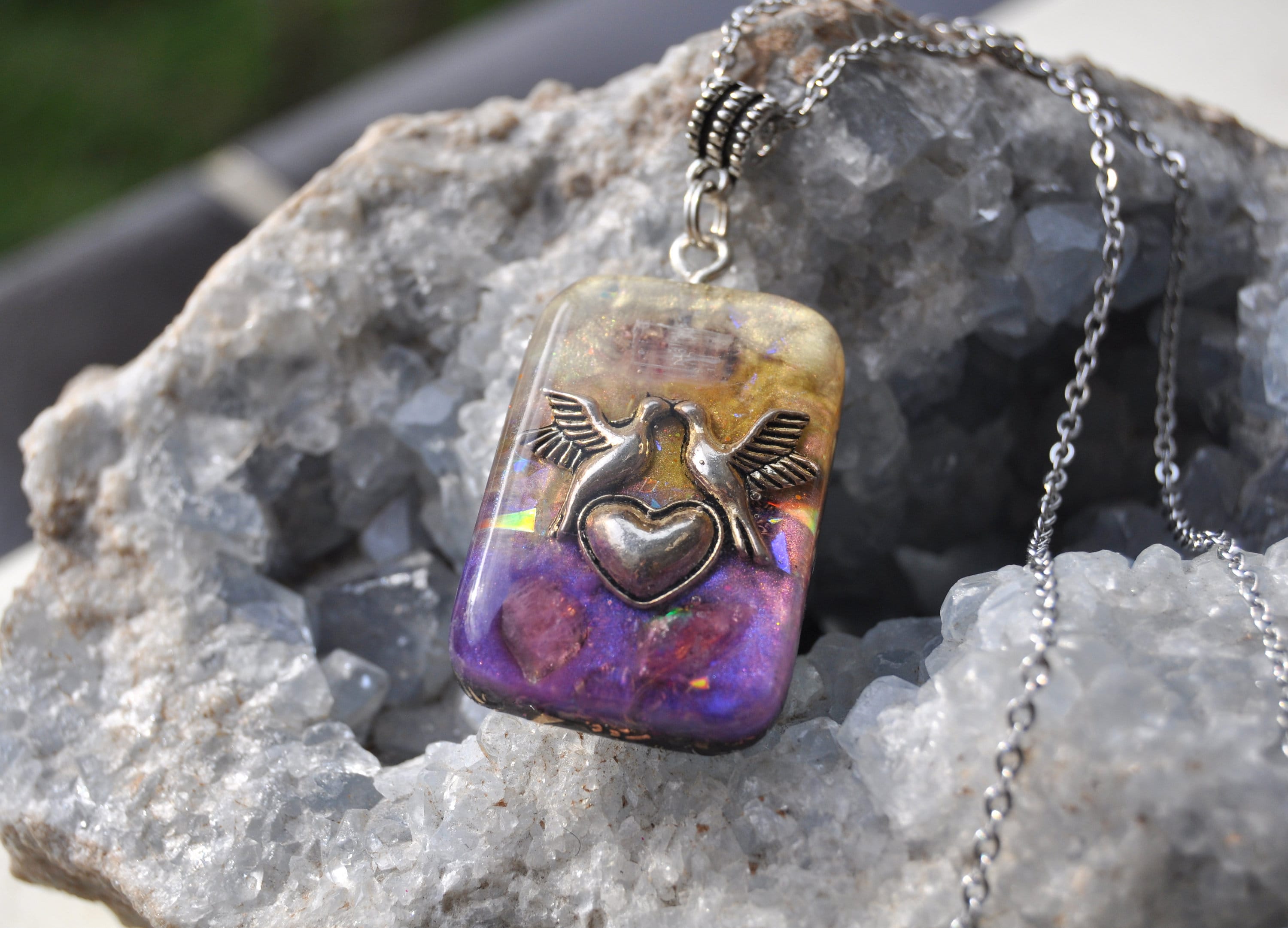 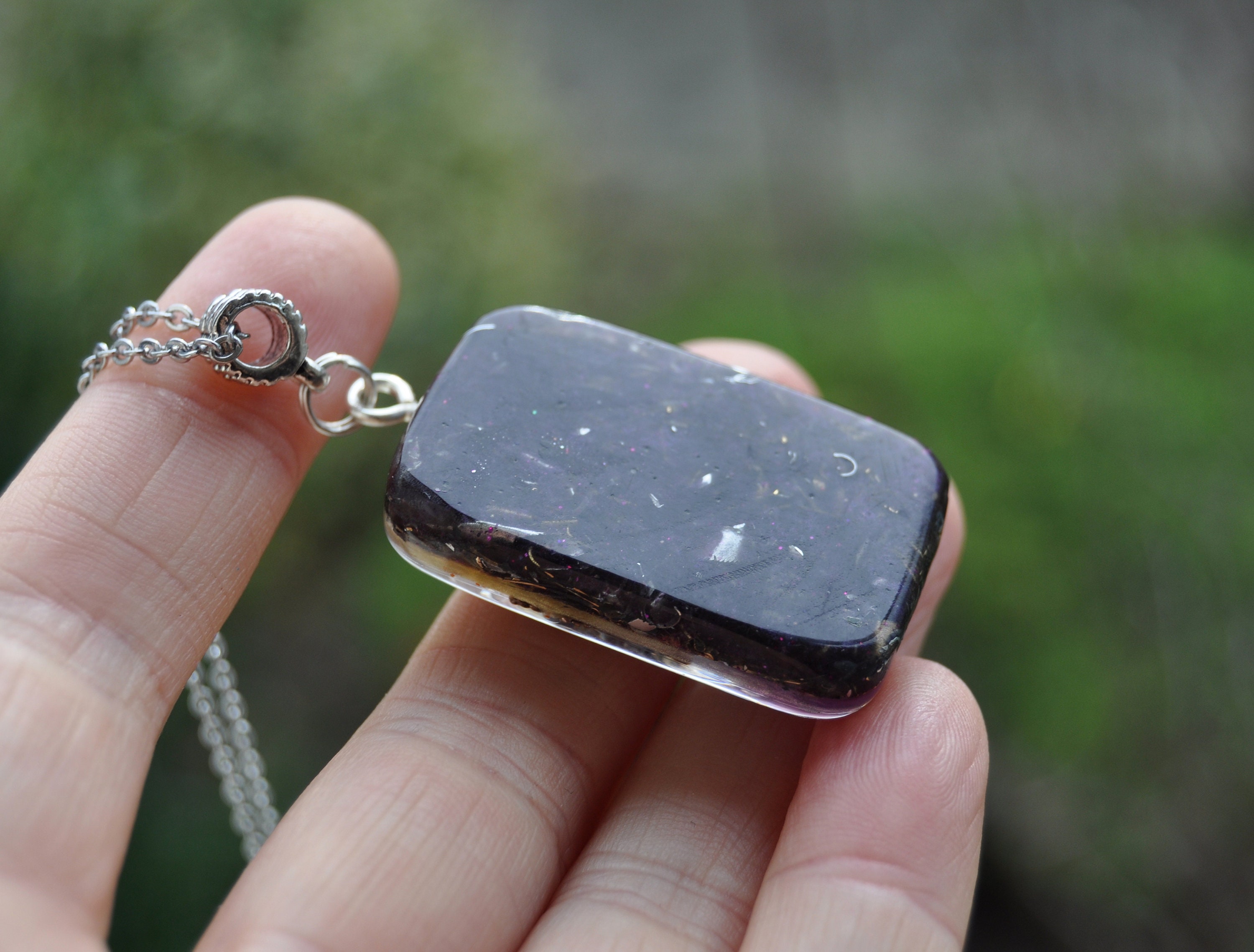 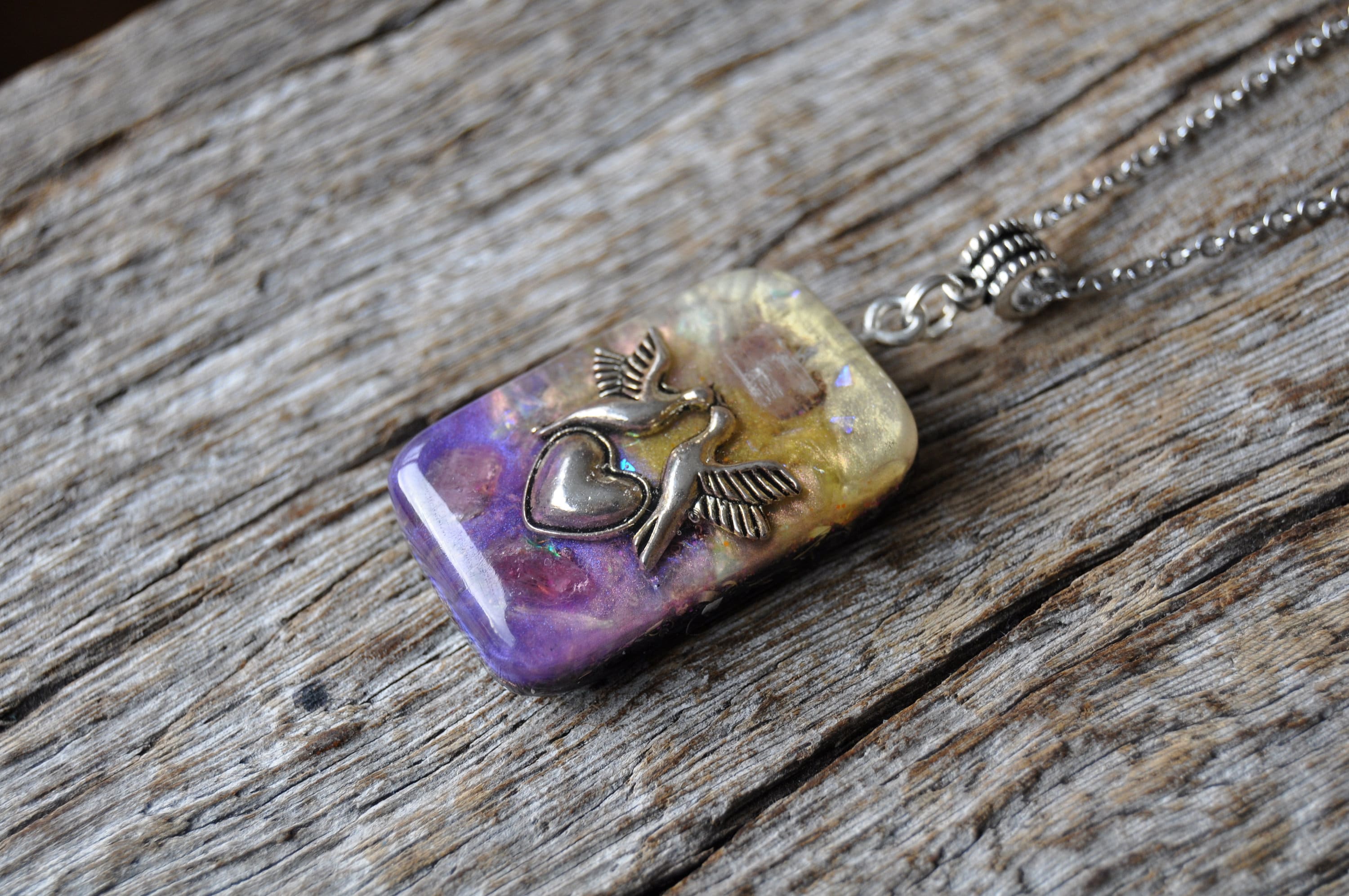 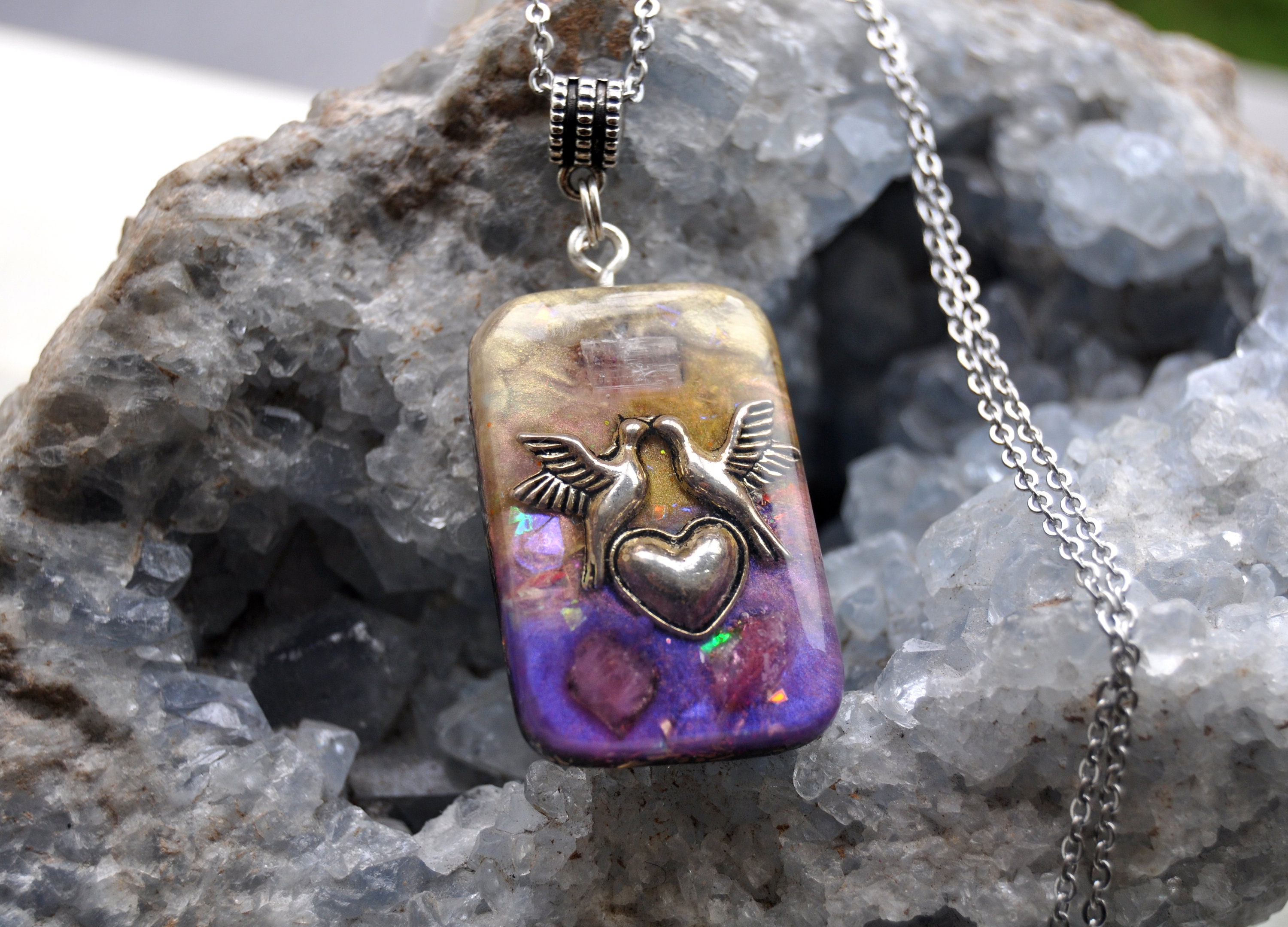 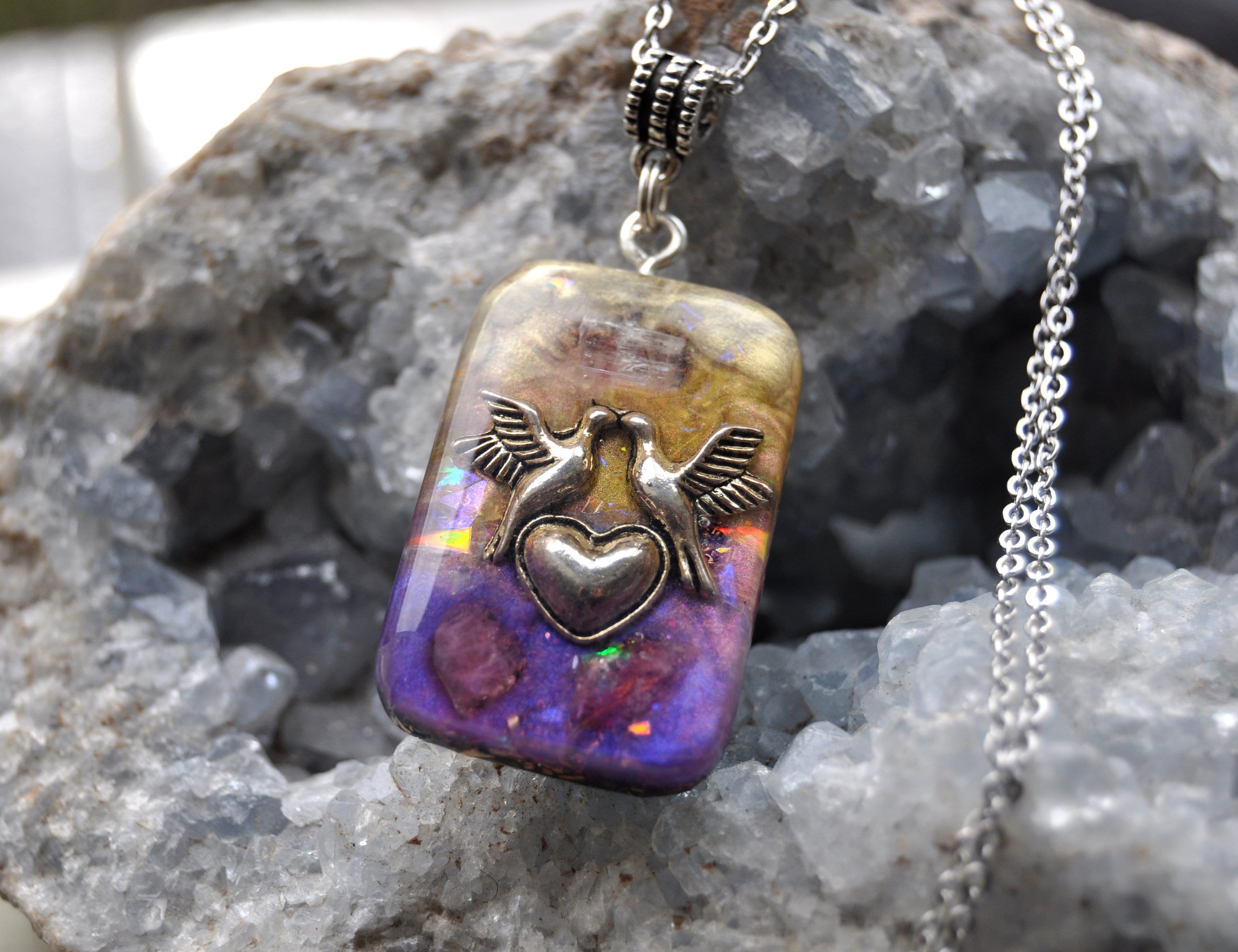 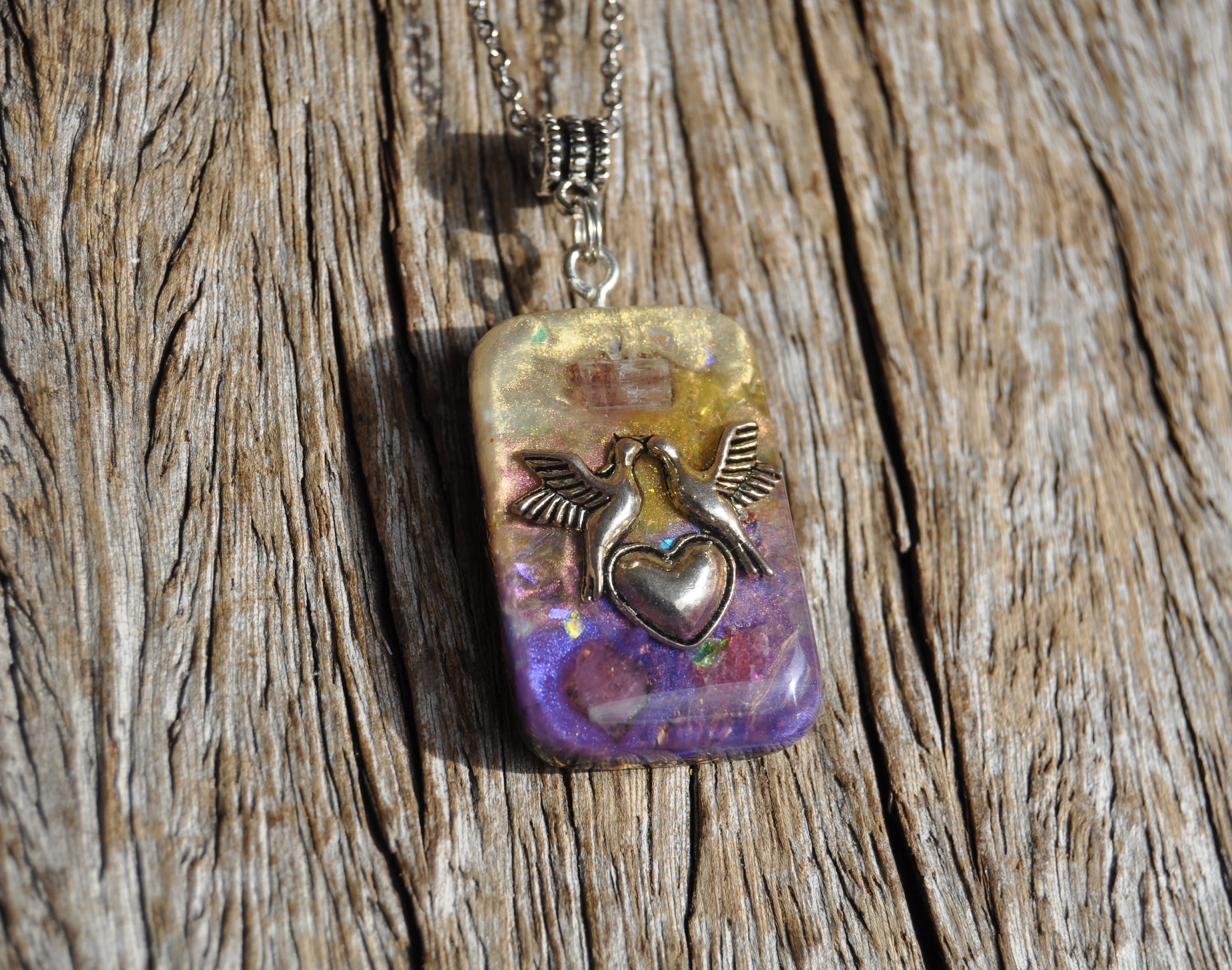 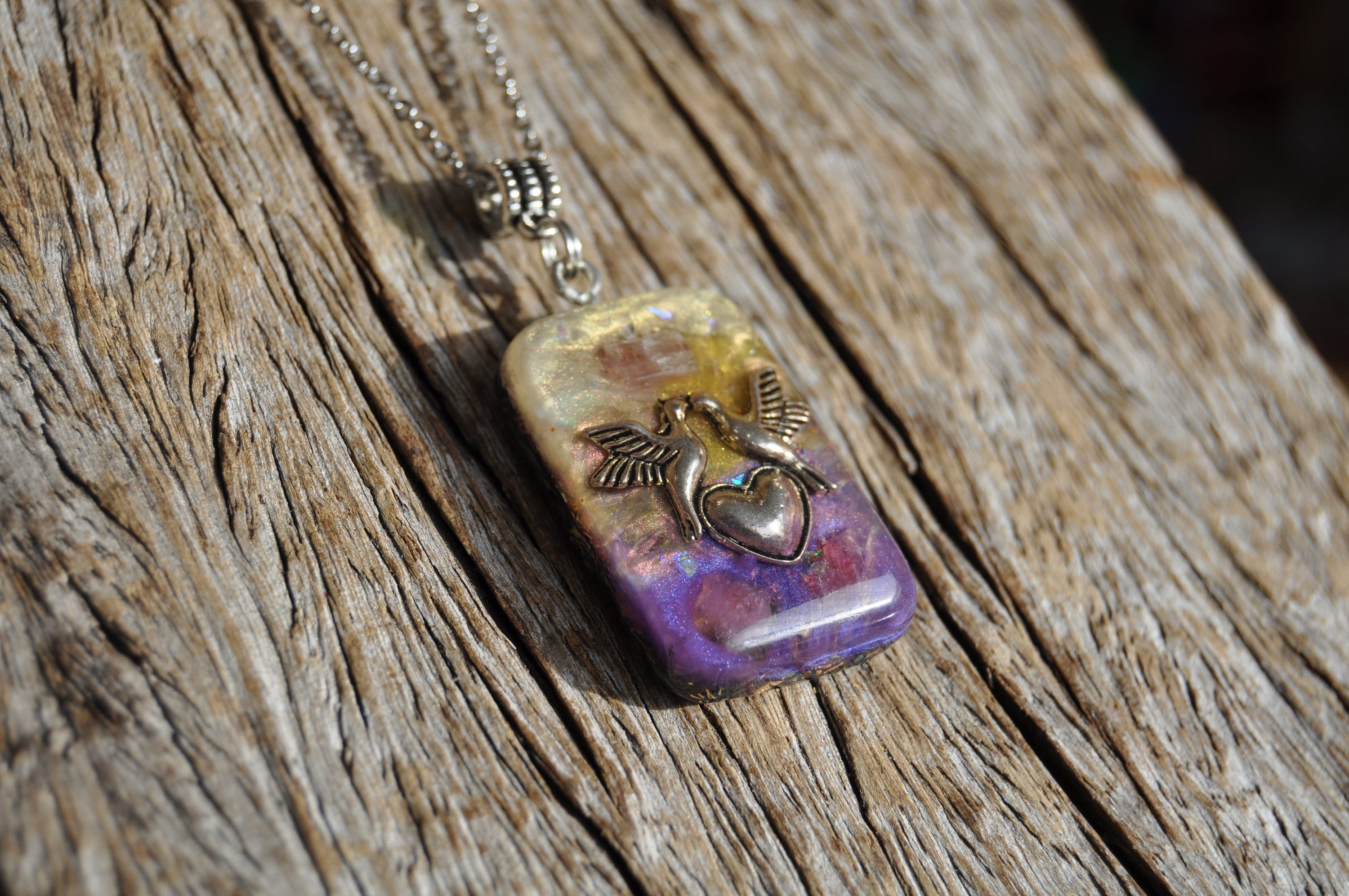 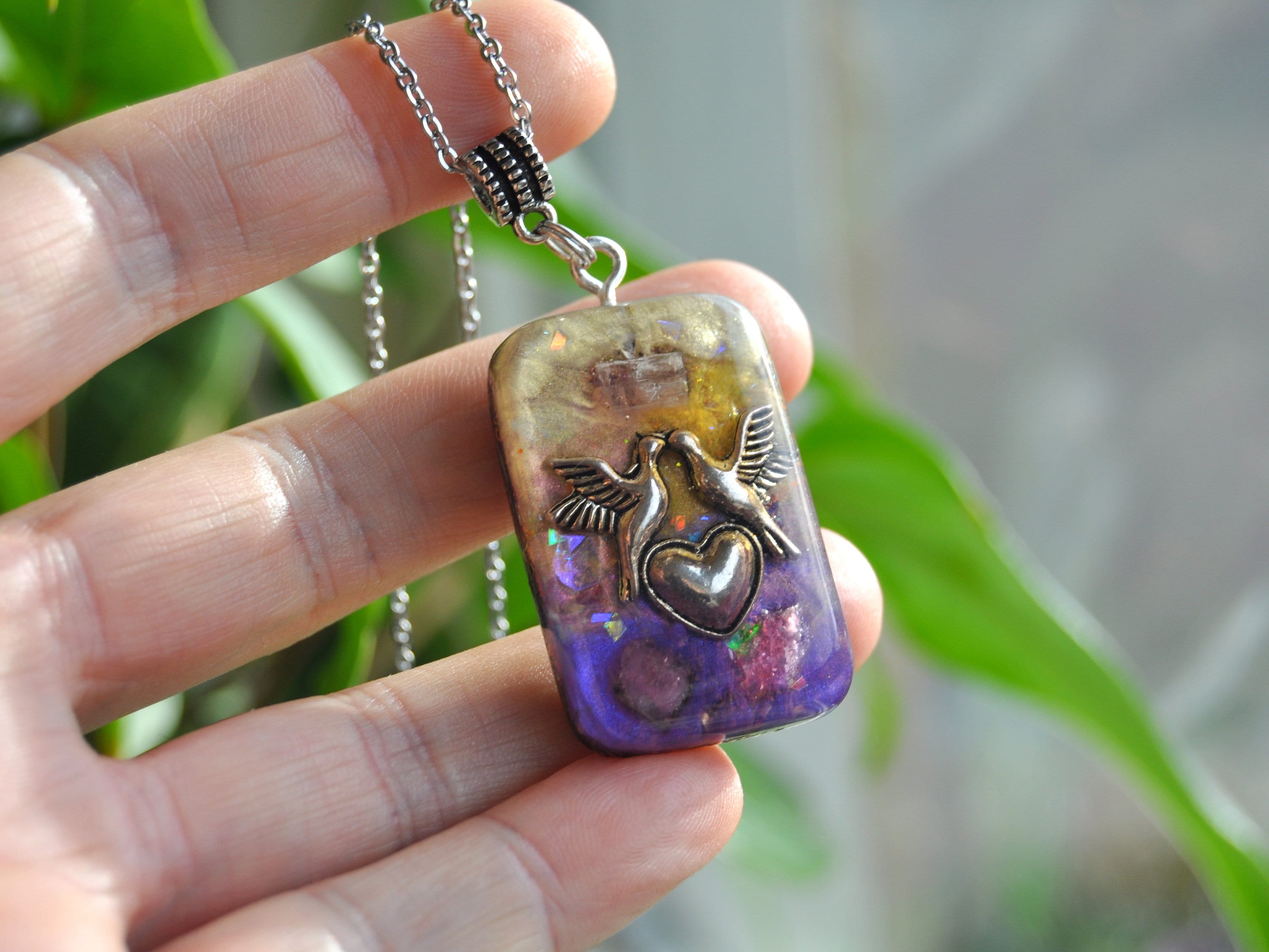 This unique Orgonite® pendant contains brass, bronze, copper shavings and three raw pink Tourmalines (in the front), Rhodizite (to amplify the other crystals), Pyrite (to enhance), black Tourmaline (front- to ground excess energy and for protection), Elite Shungite (emf protection), Selenite (to clean and charge the other crystals) and clear quartz (for piezo electric effect) in a durable resin setting.

It features two love birds sitting on a heart in the front.