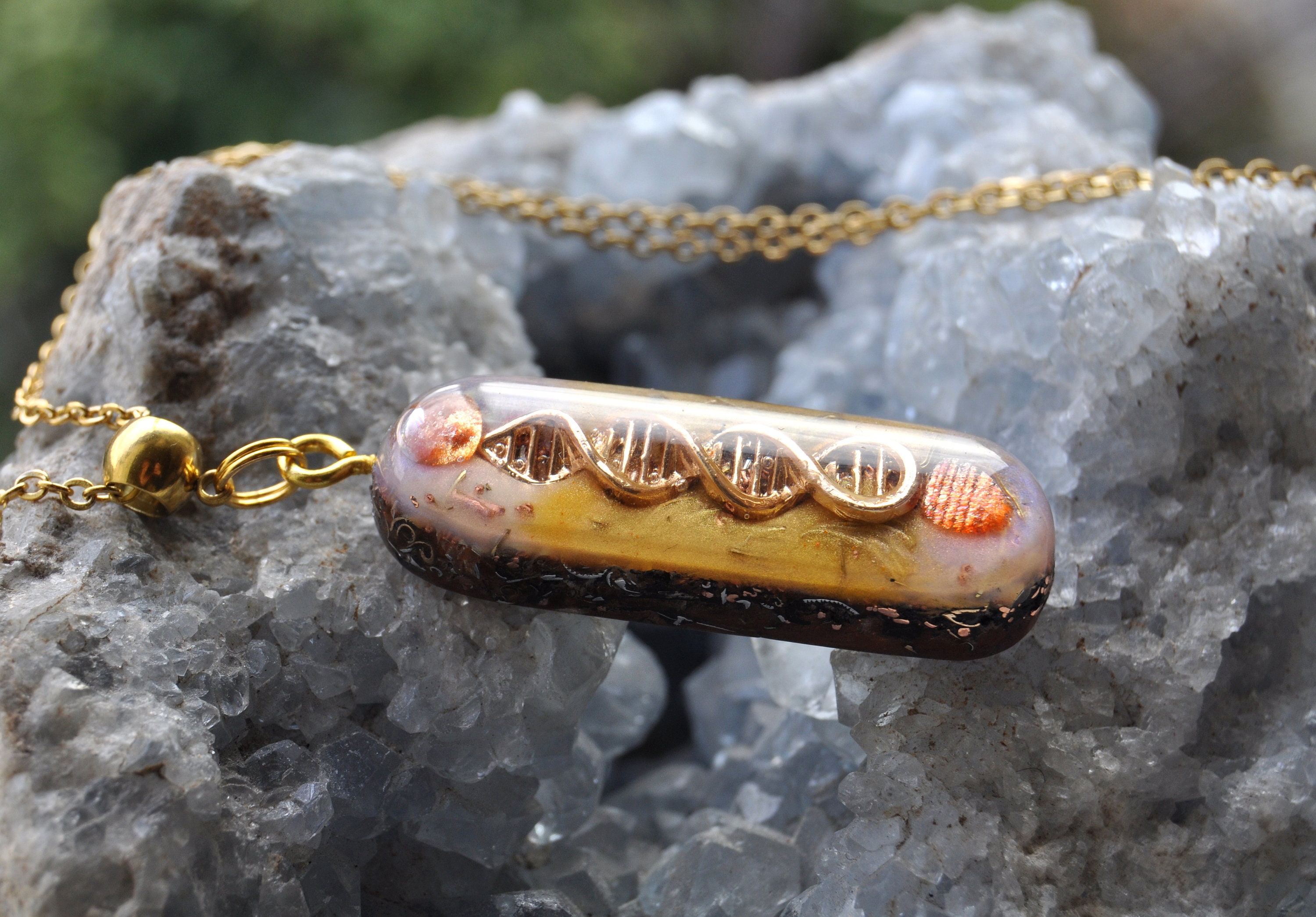 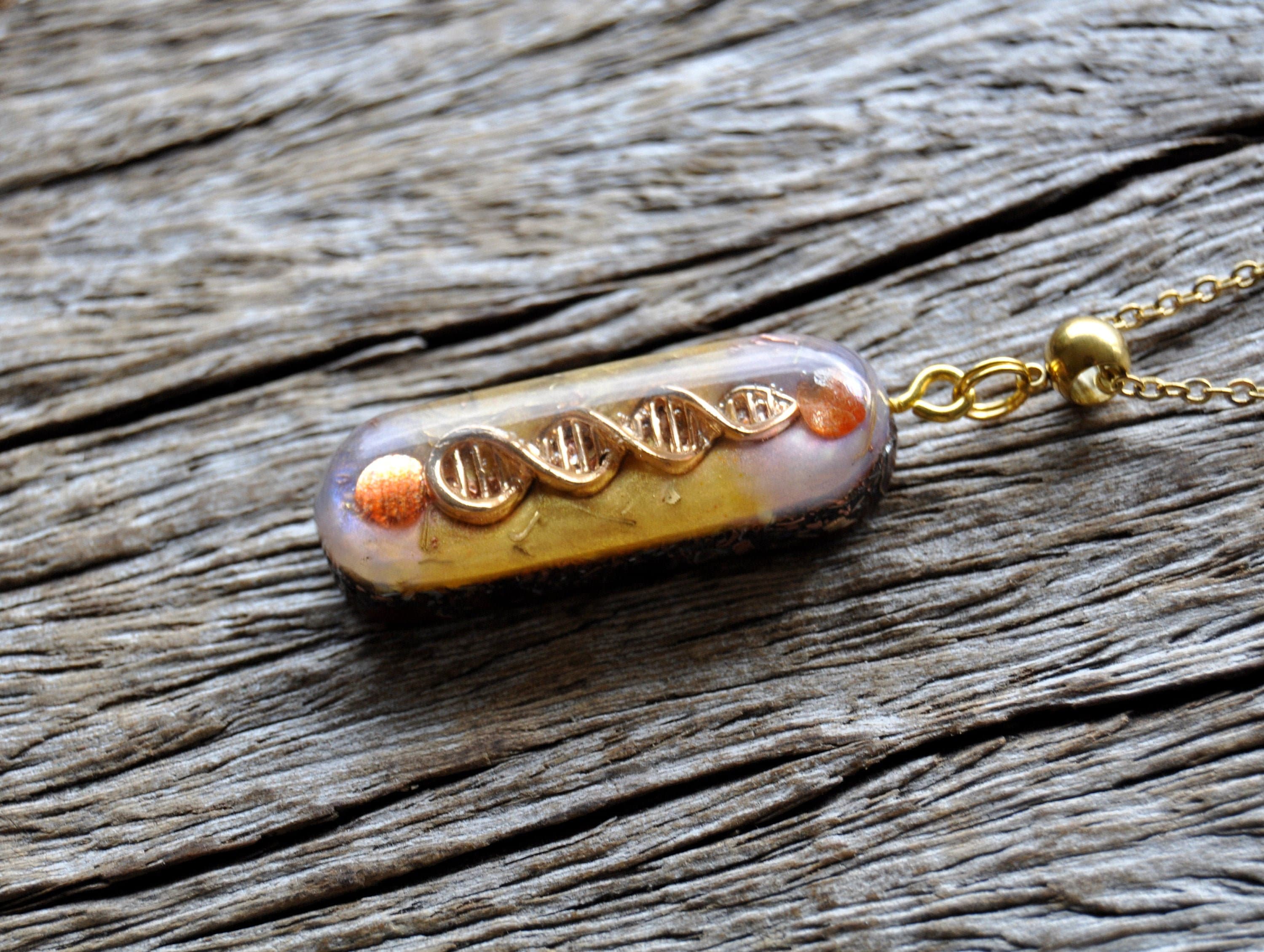 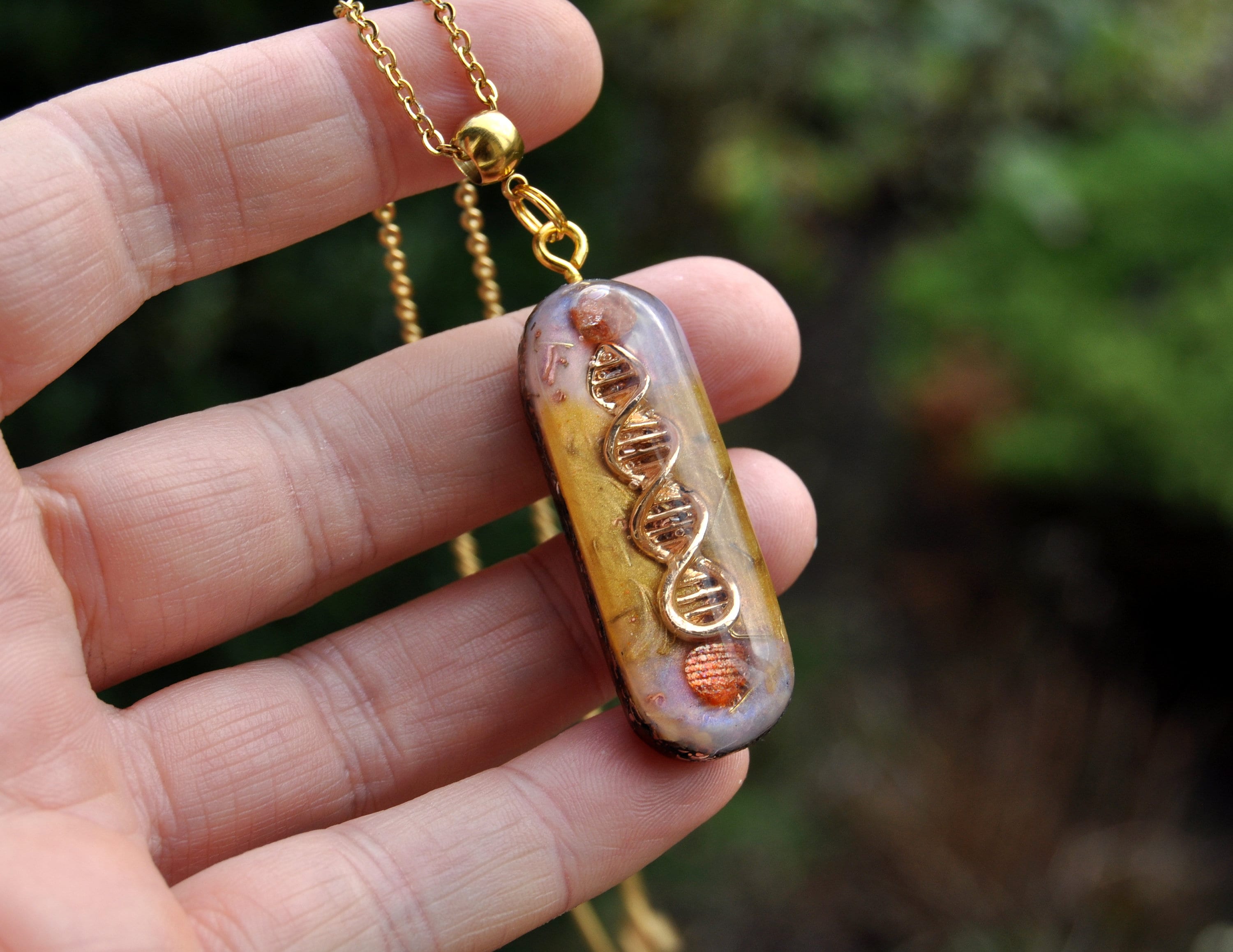 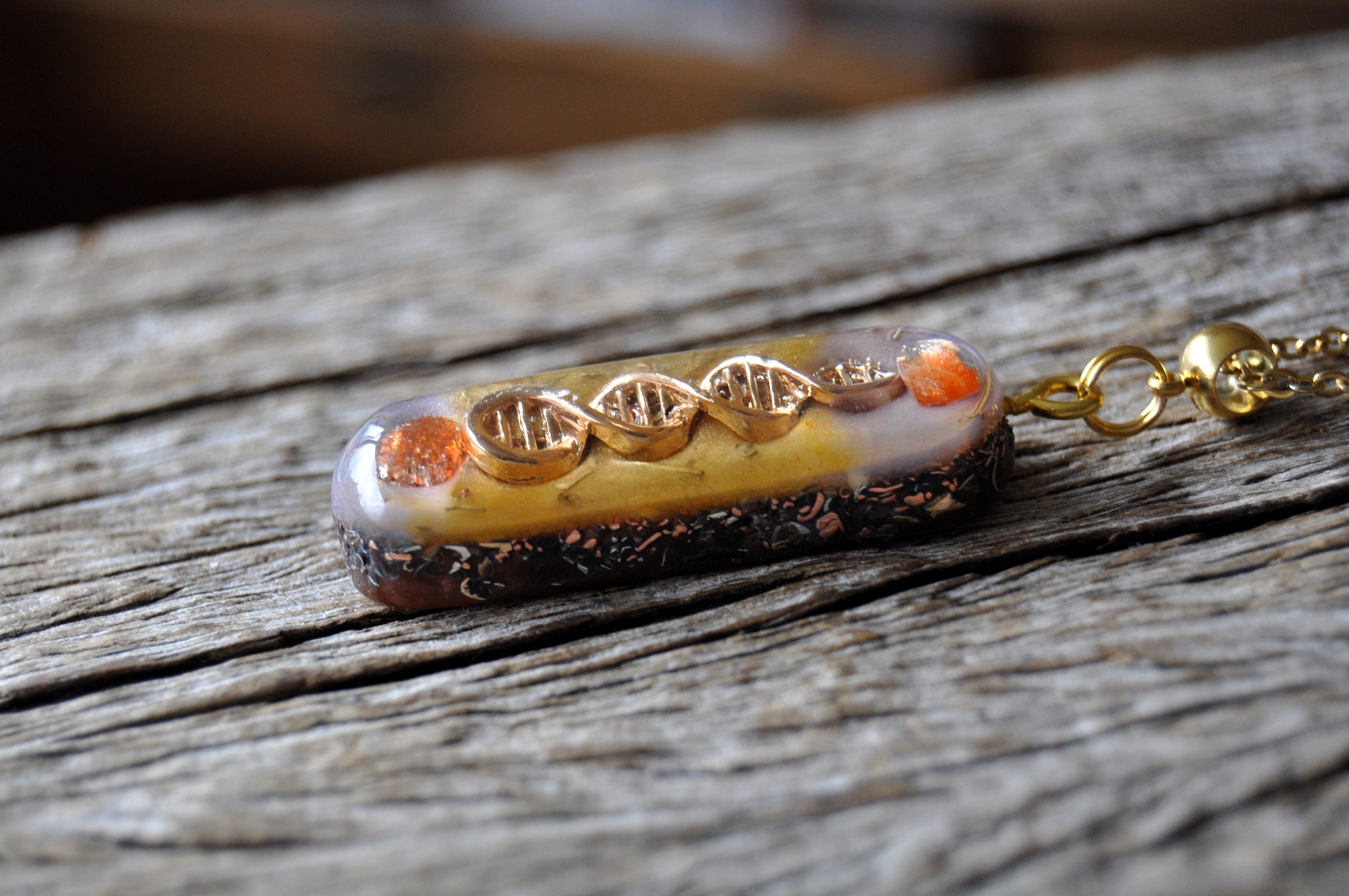 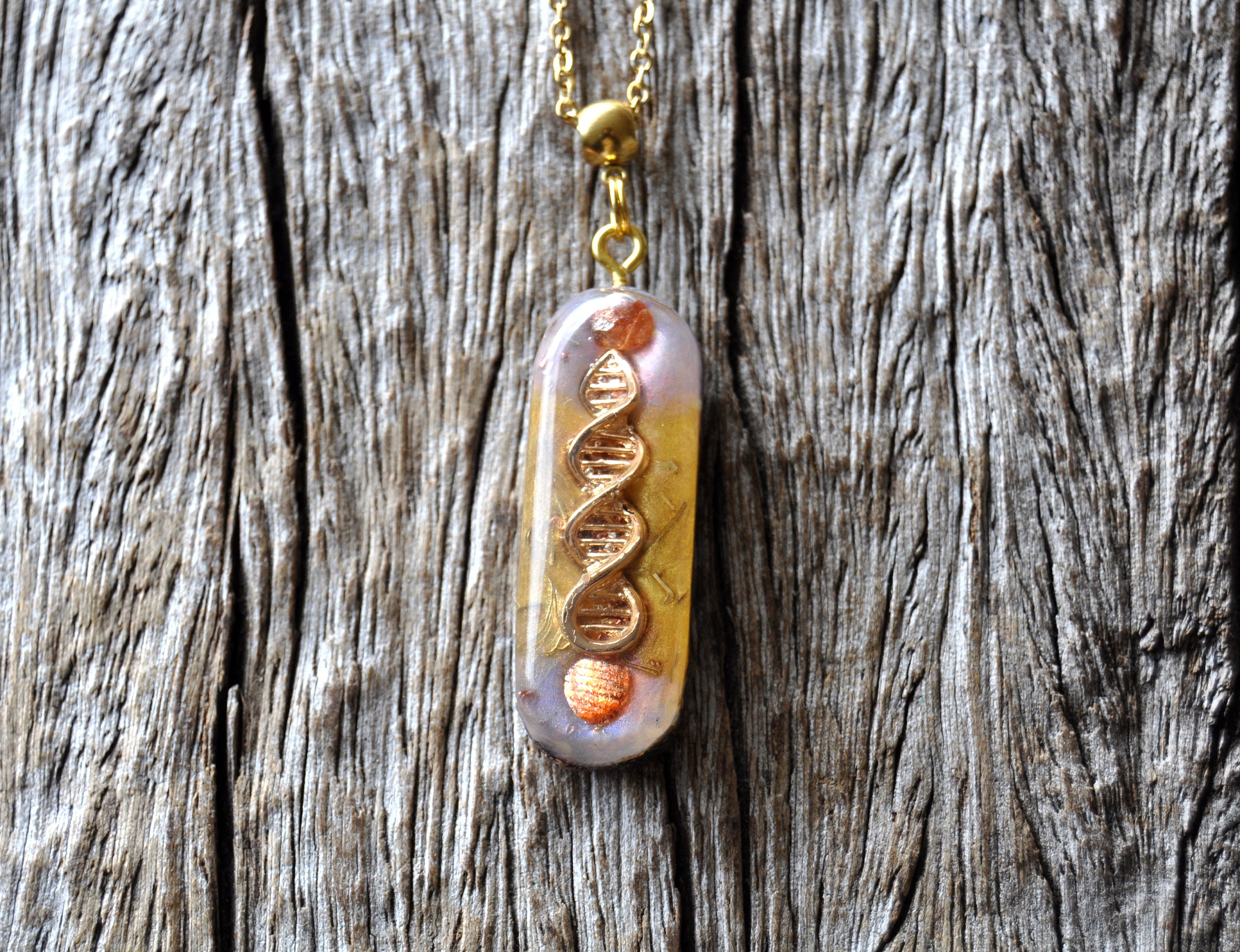 RESERVED. Please do not purchase this item. If you want something similar, contact me. Im sure we can work it out :-)
This unique orgonite pendant contains brass, copper, bronze and some aluminium shavings. It features two lovely polished Sunstones which you can see in the front, black Tourmaline (for protection and grounding excess energy), Rhodizite (to amplify the other crystals), Elite Shungite (emf protection), Selenite (to clean and charge the other crystals) and clear quartz (for piezo electric effect) all within a durable resin setting.

You will get the pendant as shown in the pictures. The symbol in the front is a DNA double helix.
Double helix is the description of the structure of a DNA molecule.

Black Tourmalinl has also been used to deflect EMF radiation energy from tvs, computer monitors and other EMF sources.


Orgonite® is a substance made of resin, metals and quartz that strengthens your body's energy field, helping to protect you from man-made EMF radiation and negative energy. These amazing metaphysical tools can help improve your life physically, emotionally and spiritually.