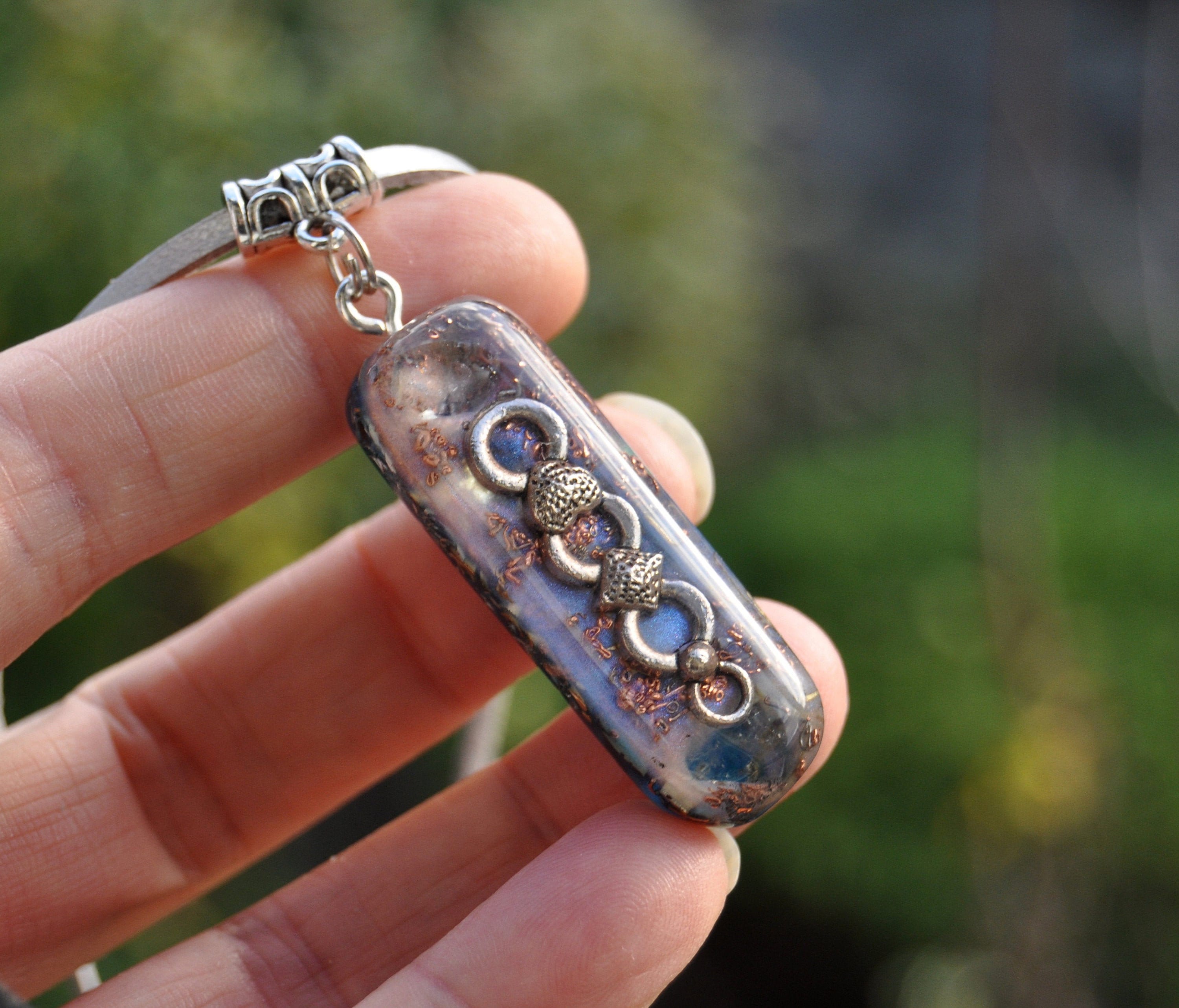 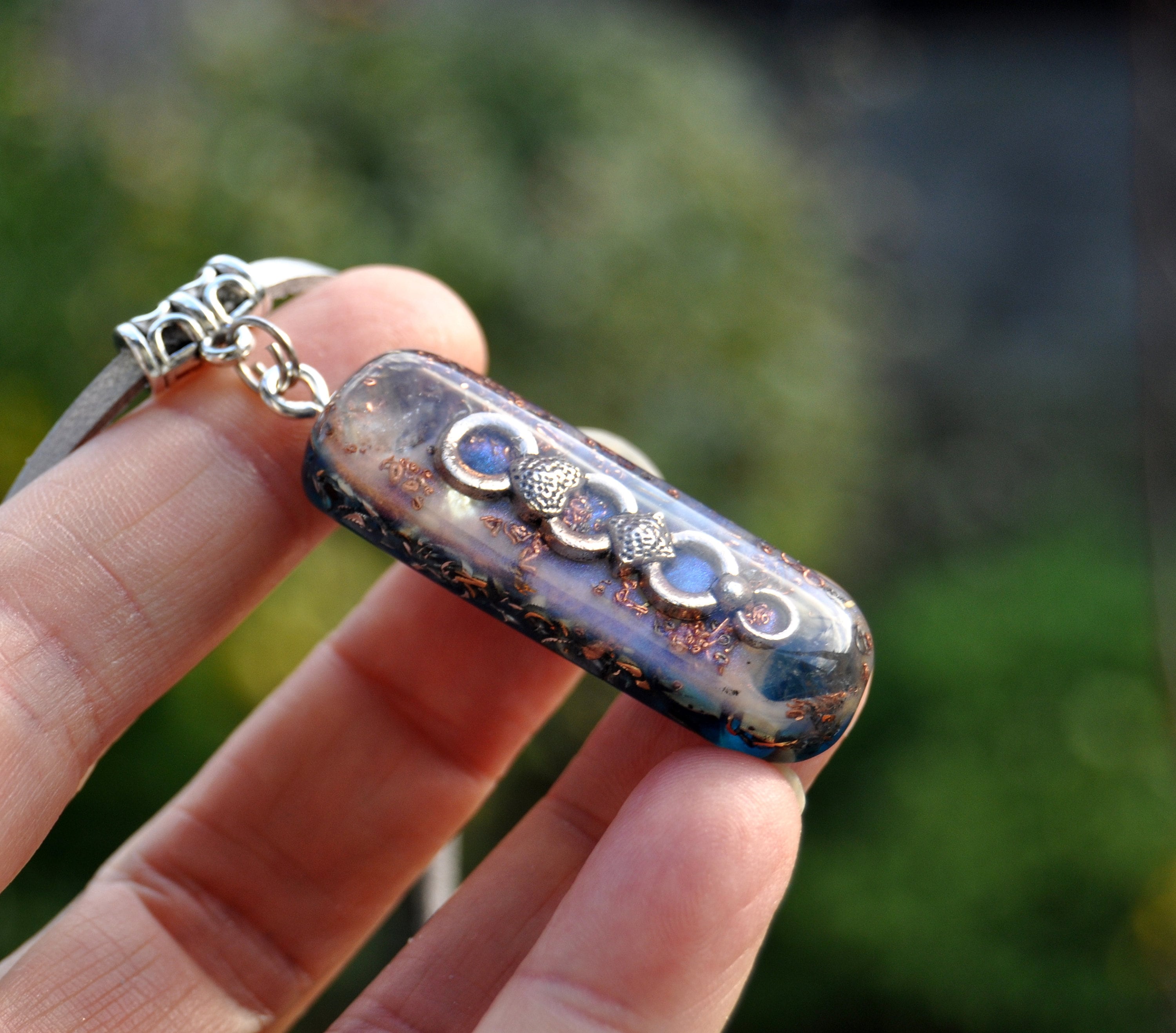 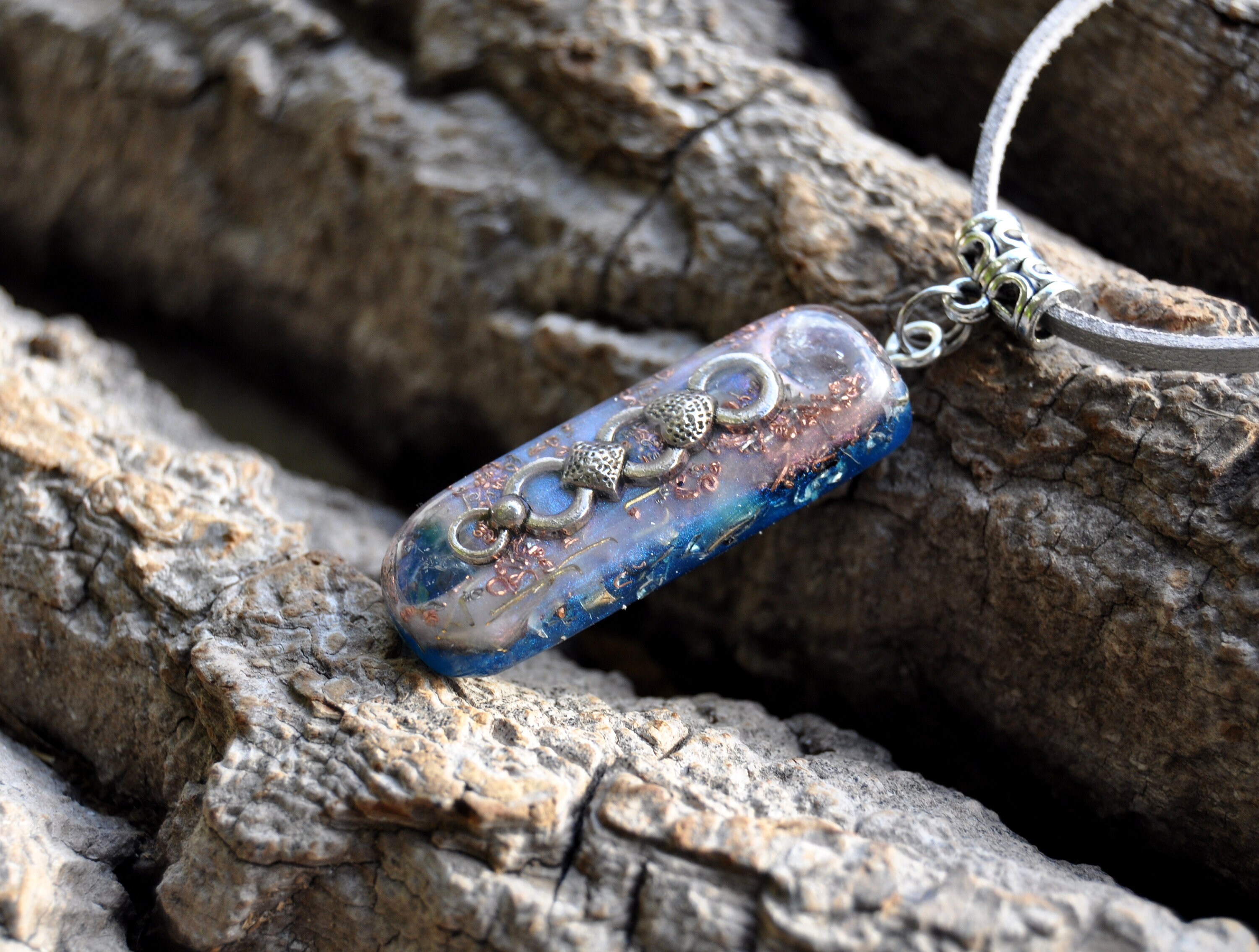 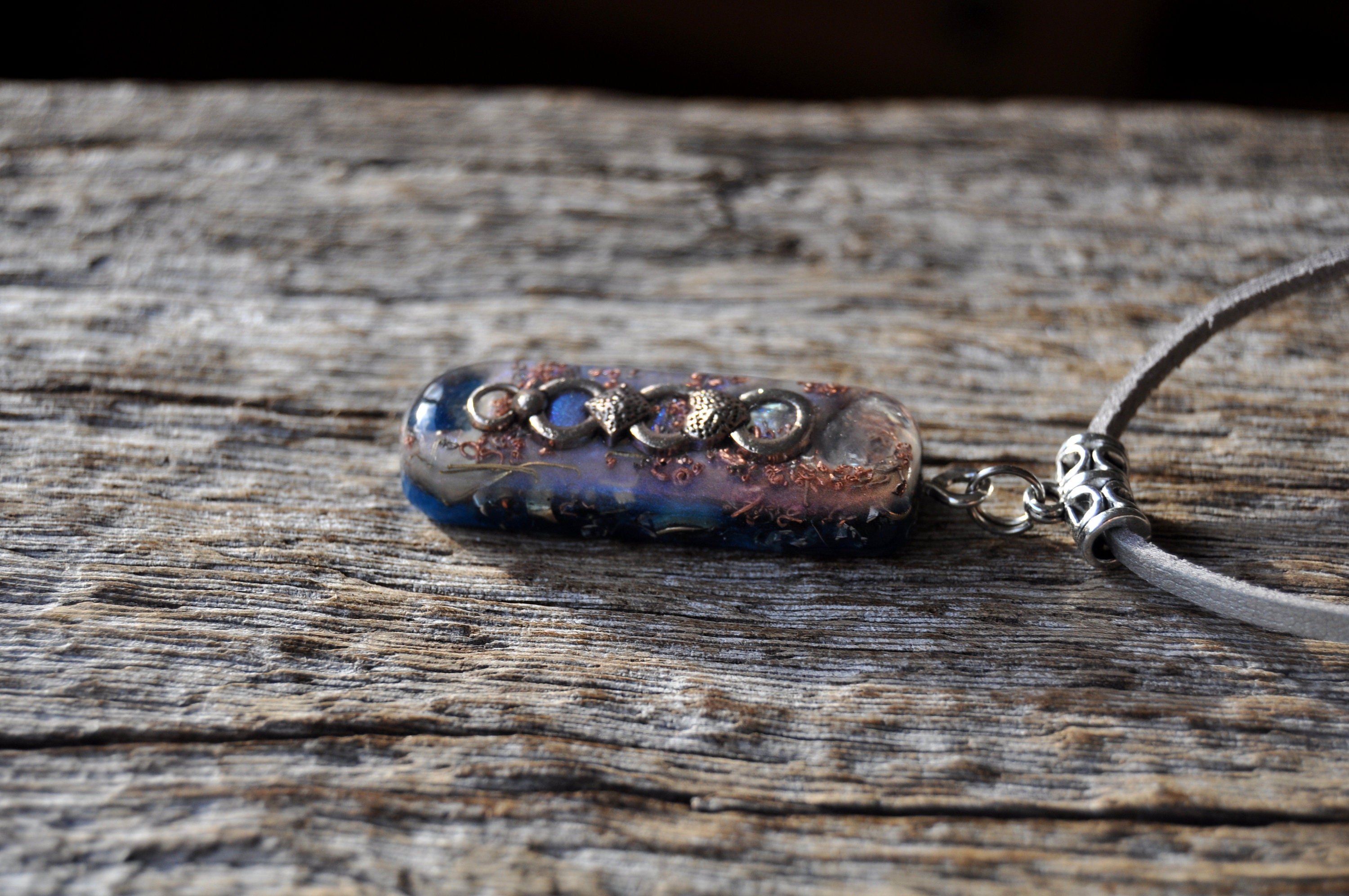 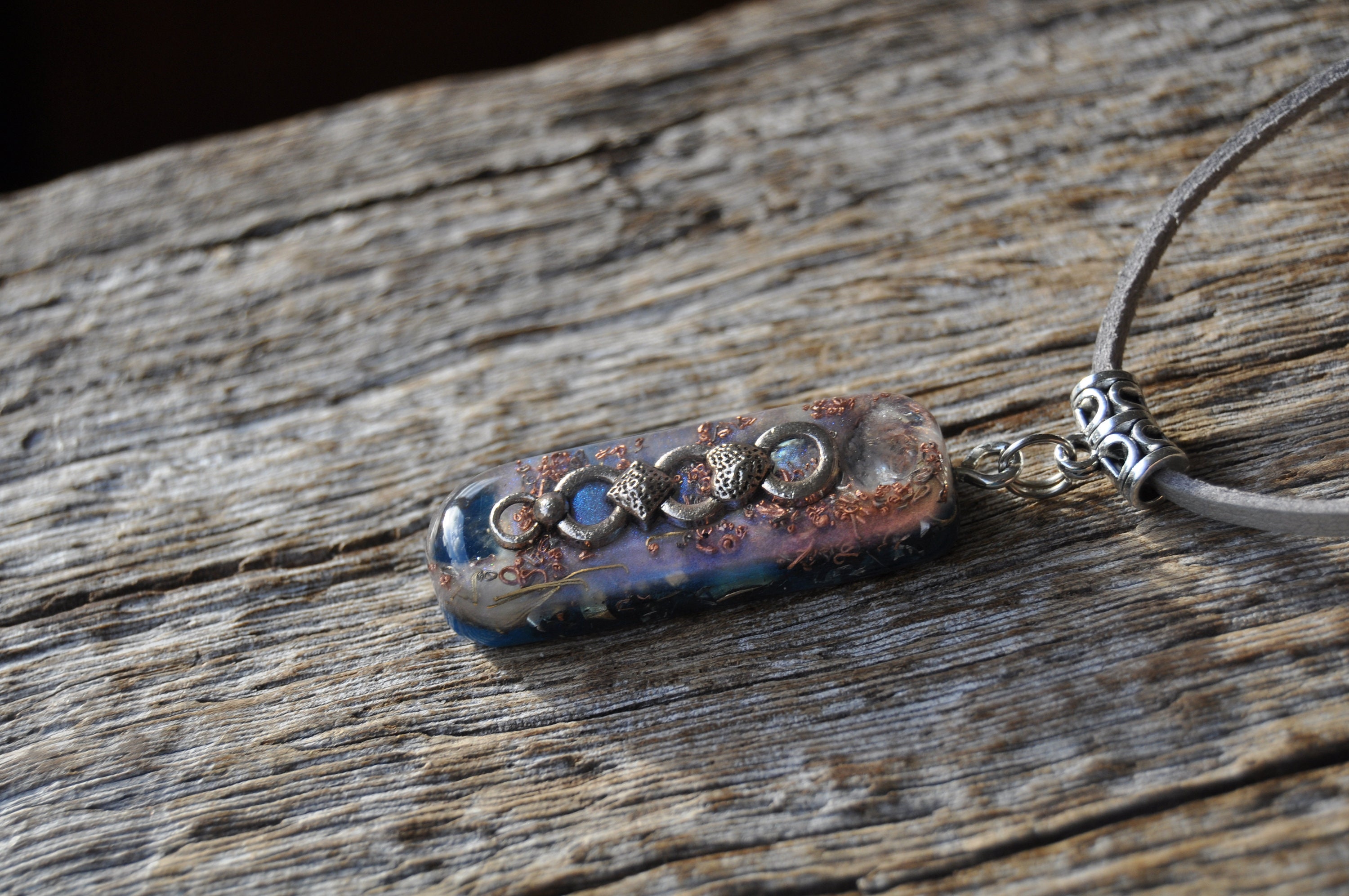 This unique orgonite pendant contains brass, copper, bronze and some aluminium shavings. The main stone is raw Celestine / Celestite which you can see in the front, black Tourmaline (for protection and grounding excess energy), Rhodizite (to amplify the other crystals), Elite Shungite (protection), Selenite (to clean and charge the other crystals) and clear quartz (for piezo electric effect) all within a durable resin setting.

Black Tourmalinl has also been used to deflect EMF radiation energy from tvs, computer monitors and other EMF sources.