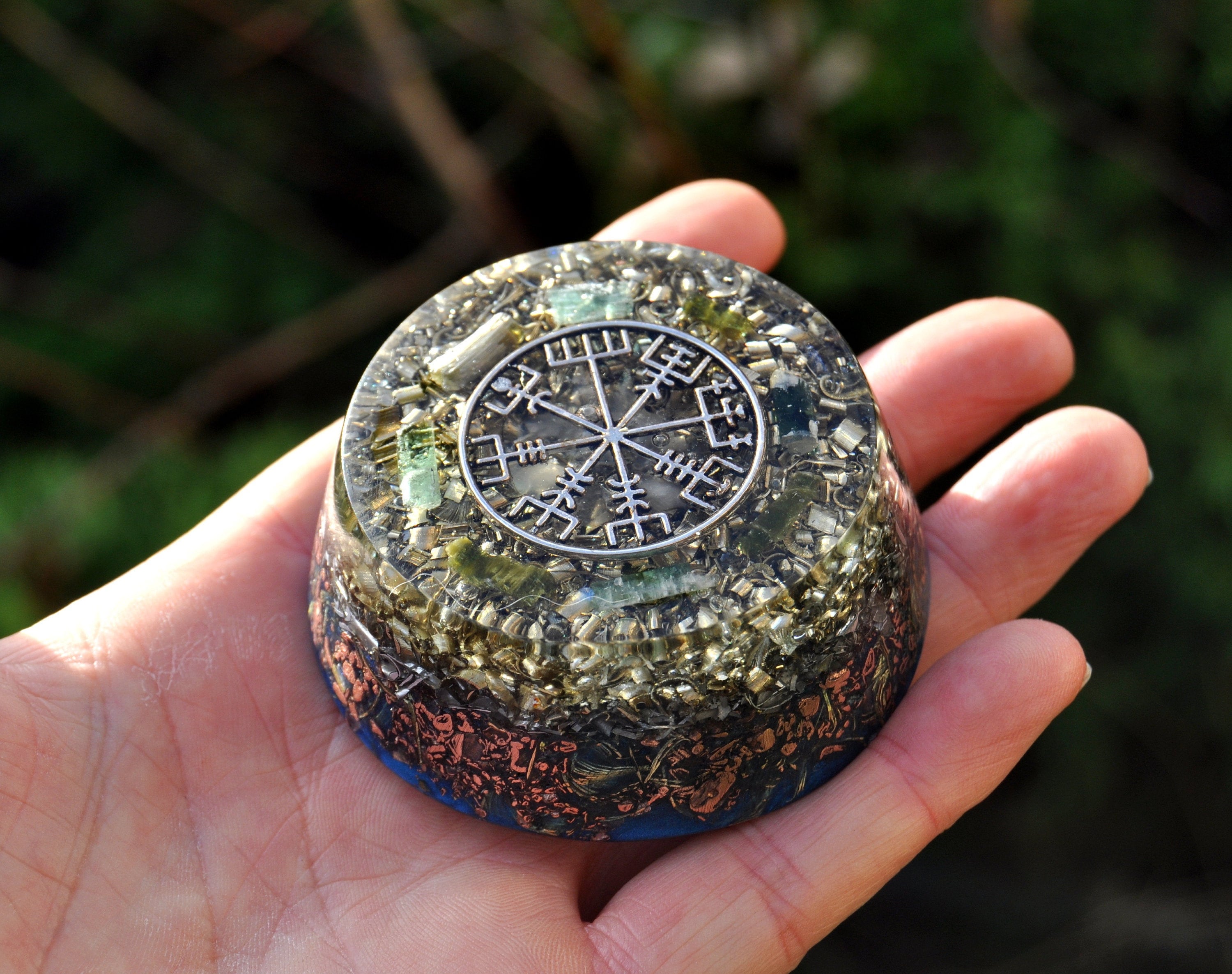 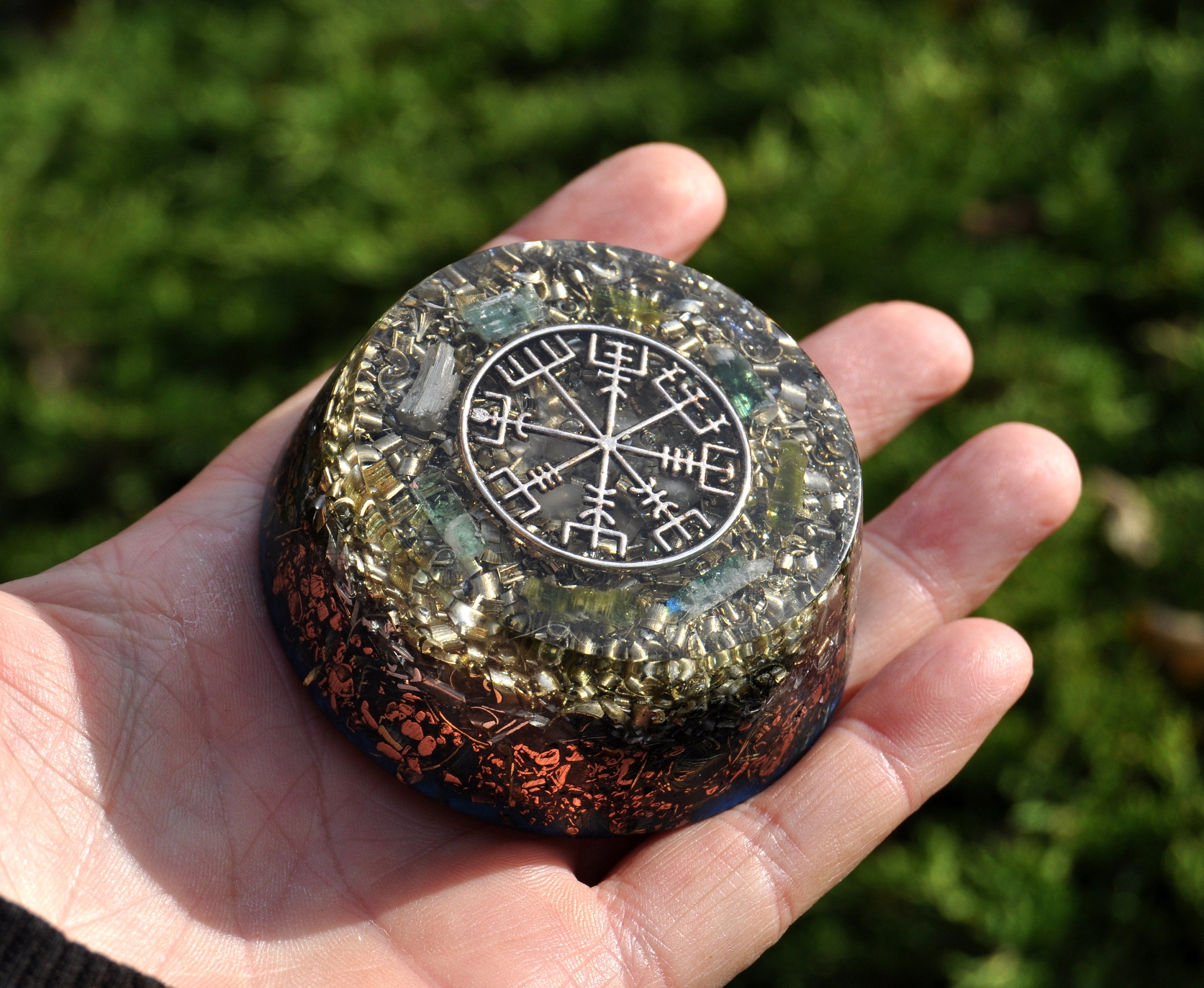 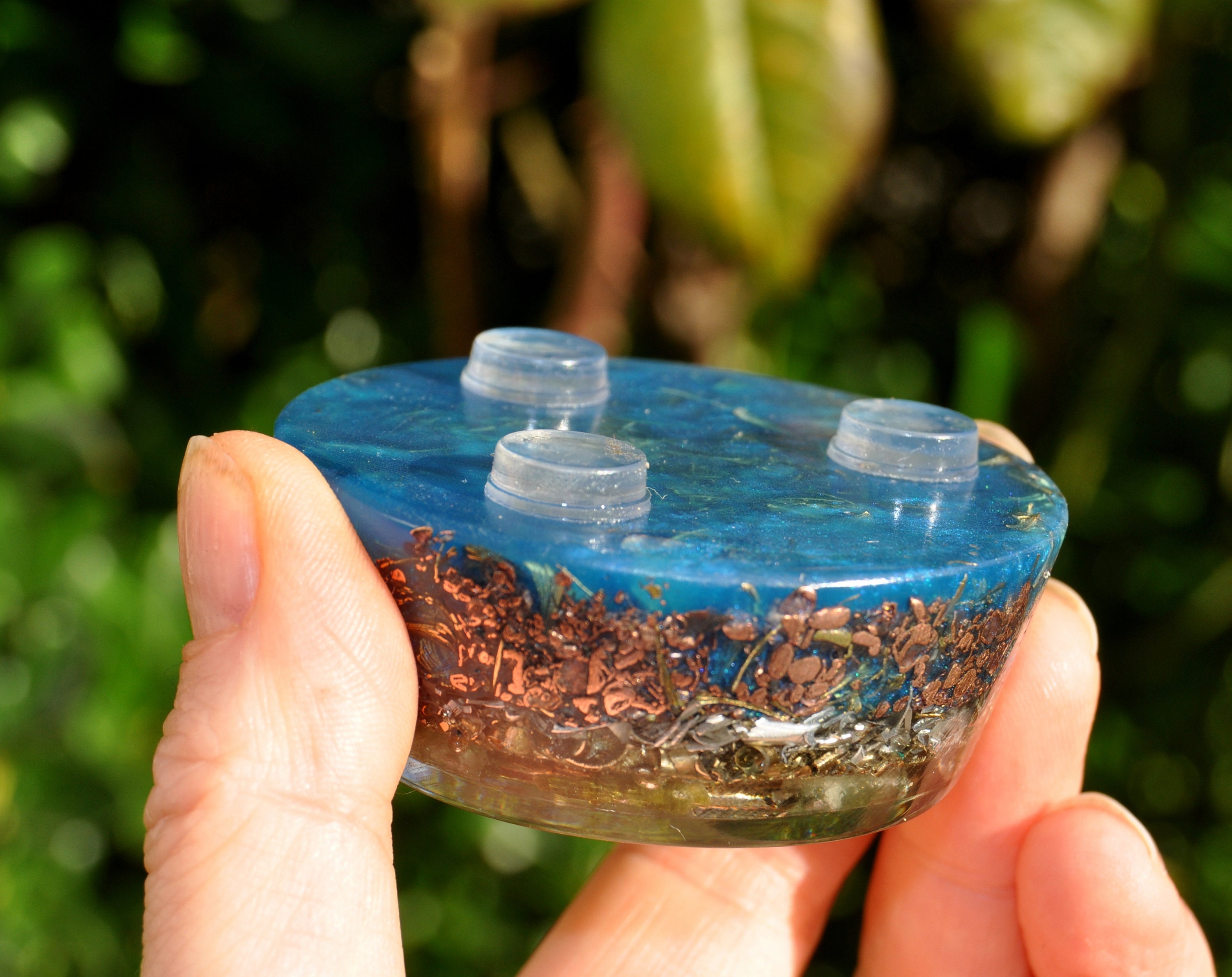 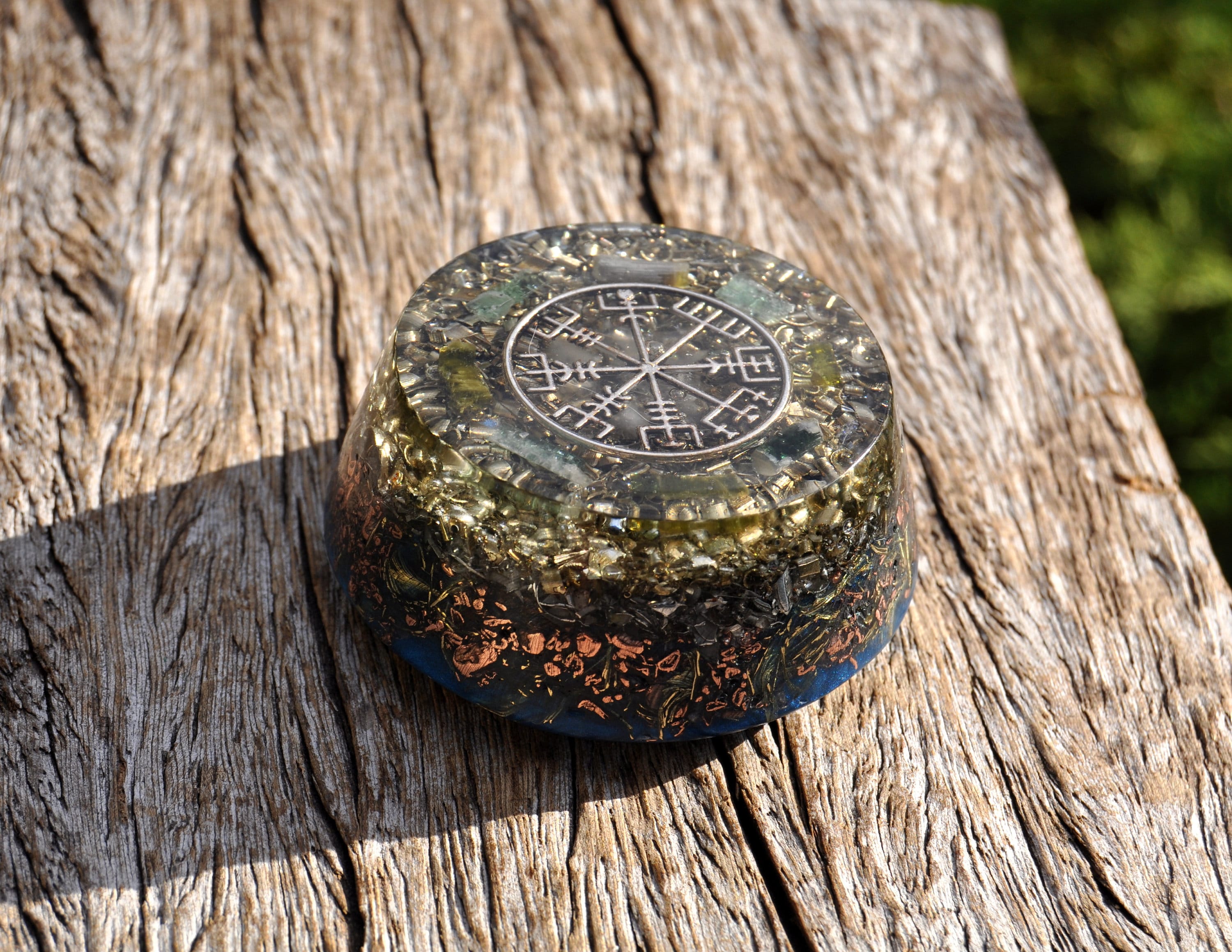 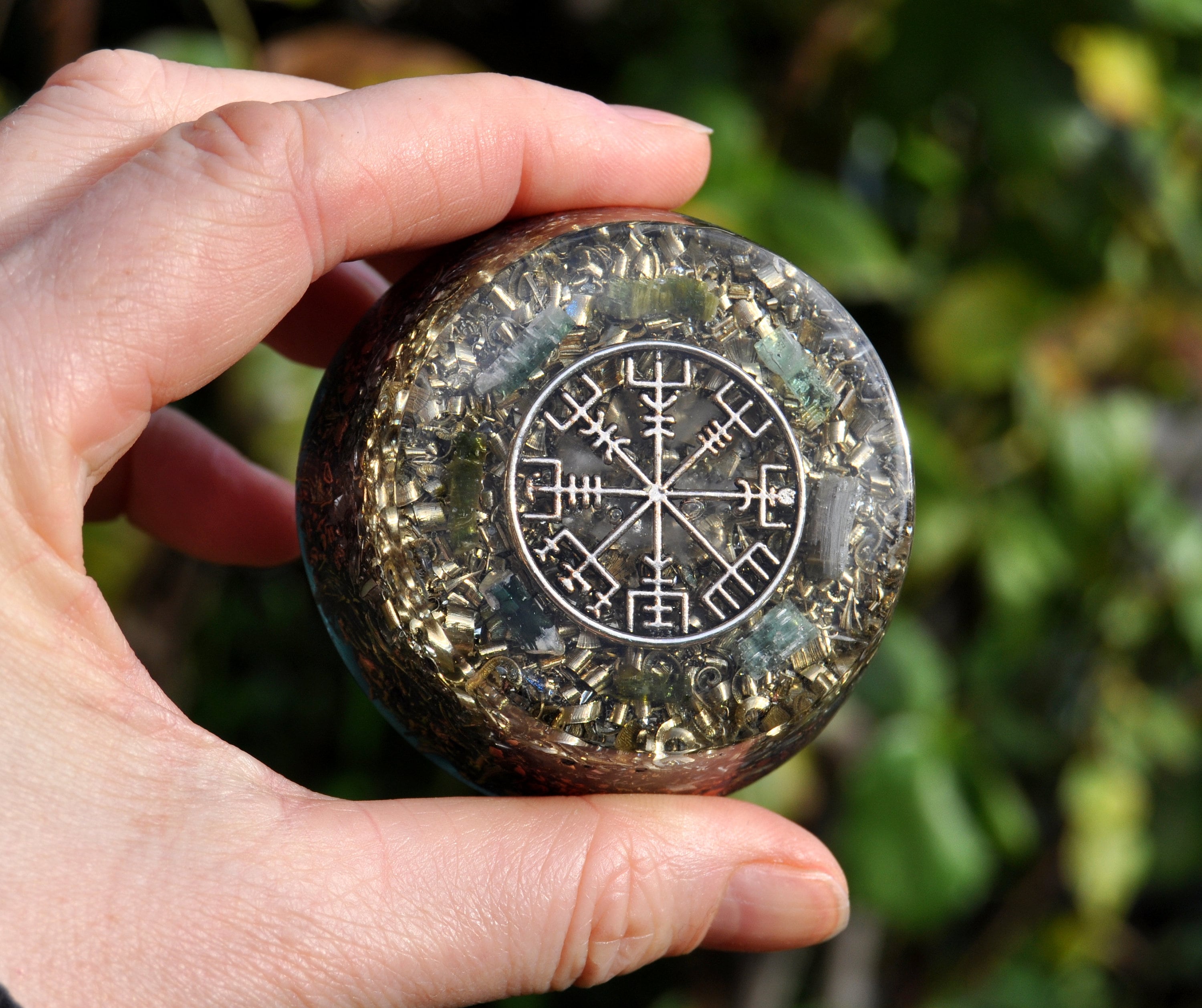 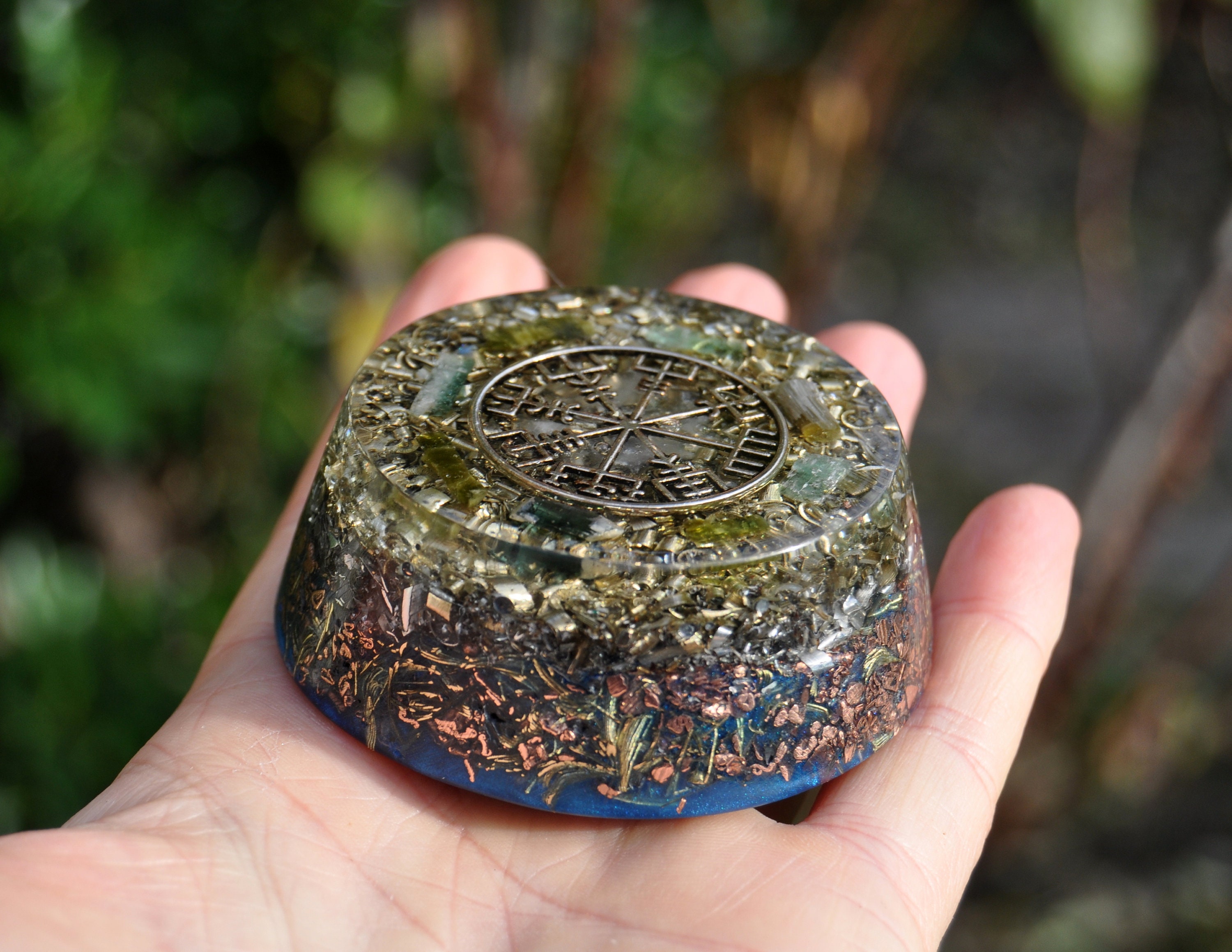 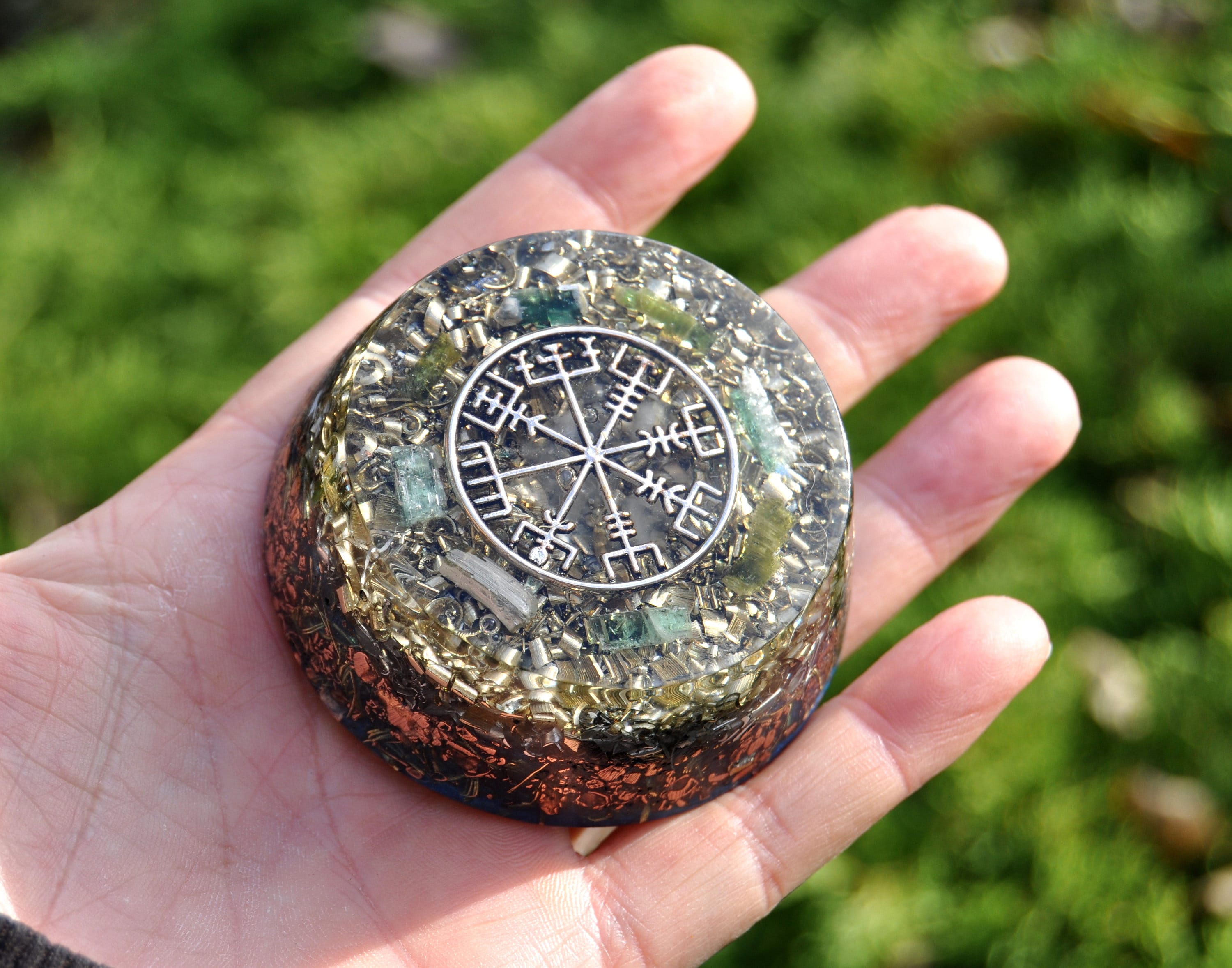 This powerful hand polished orgone generator® towerbuster is a artwork piece. The main stone in it is Tourmaline and it consists of raw green Tourmaline, blue Tourmaline, pink Tourmaline and black Tourmaline. It has four natural terminated clear quartz crystals in the bottom positioned on all four wind directions for extended energy flow range to all sides. Recharges itself ! It has a unique crystal grid design on the top. You will get the towerbuster as shown in the pictures. Only one available.

Furthermore it is made of aluminium, brass, bronze and copper shavings and also Bronzite, Shungite (protection), Rhodizite crystals (to amplify), Hematite (grounding), Pyrite clusters (to enhance and deflect ELF (extremely low frequency) waves), Selenite (to charge and clean) and clear Quartz (for piezo electric effect) all within a durable polyester resin setting.

There is a Vegvísir Symbol on the top surrounded with blue Tourmalines, pink Tourmalines and green Tourmalines.

Pink Tourmaline reflects the Light of the heart and love, and is an excellent Heart Chakra crystal. The Heart Chakra is located near the center of the breastbone and regulates our interaction with the external world and controls what we embrace and what we resist. It gives us the balancing ability to be ourselves within the environment, and helps in our relationships.

Pink Tourmaline cleanses the emotional body through the high-heart center and unites it with the etheric body, infusing love and spirituality. It stimulates one’s receptivity to healing energies and the wisdom of Spirit, and brings a gentleness and compassion to one’s nature. It assists in attaining peace and understanding, awareness and trust.


This tower buster is made with intuition and 💖 and is created with loving intent to transform people’s lives for the better.

It has been hand sanded / polished through 9 sets of fine polishing paper so it is shiney and smooth.

Will be shipped with Trackingnr. I try to use mostly recycled materials for my packaging.