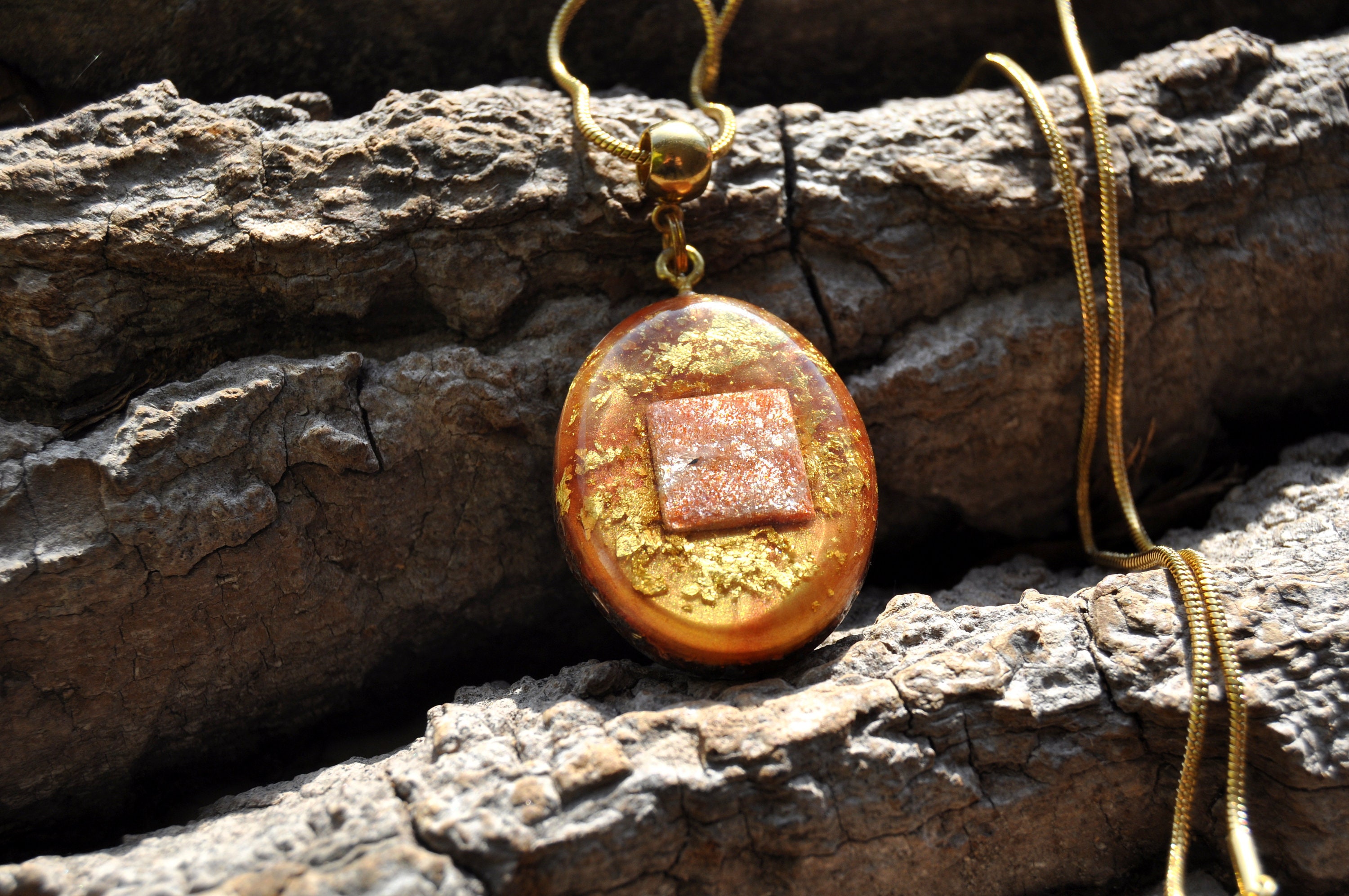 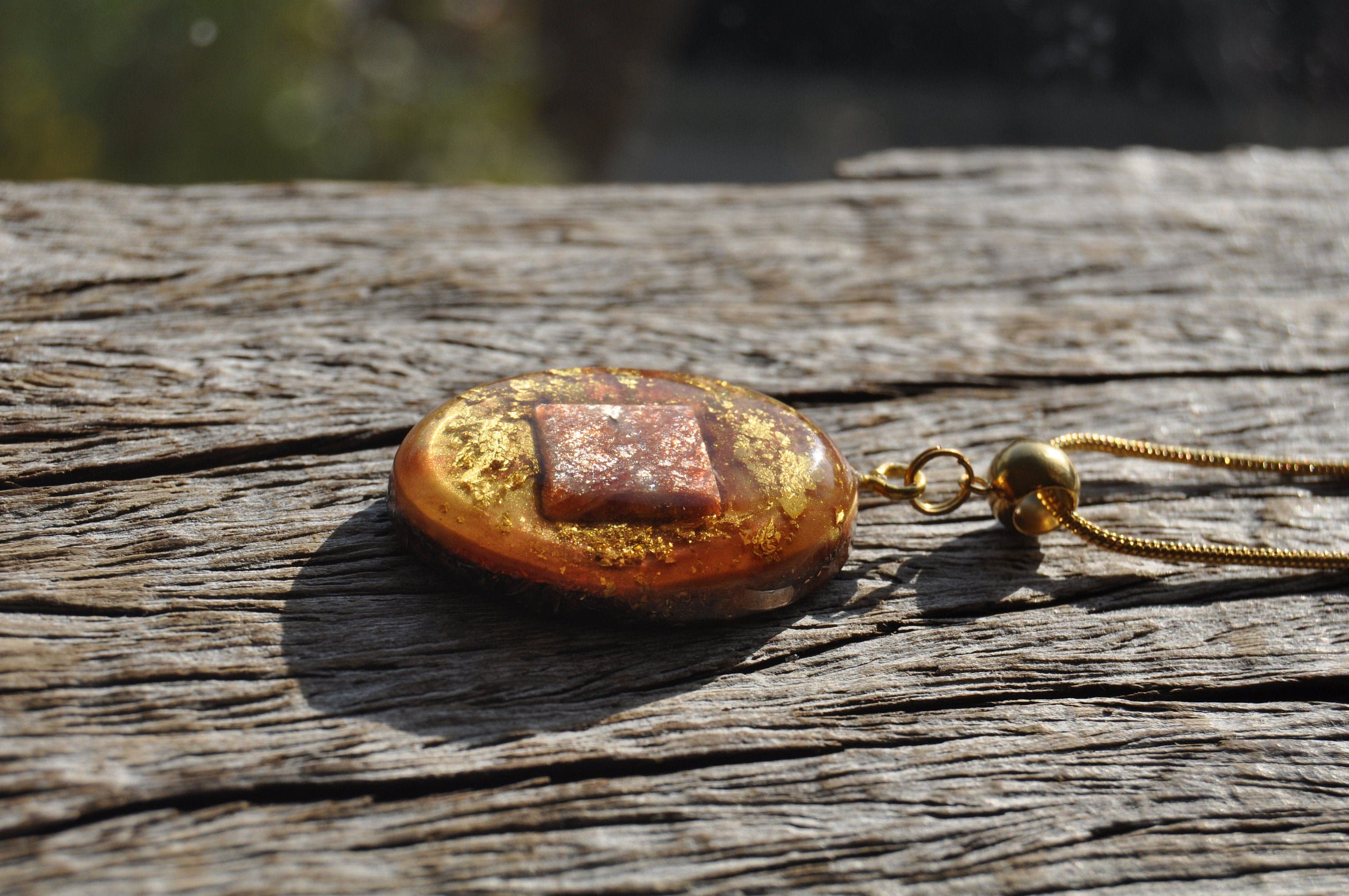 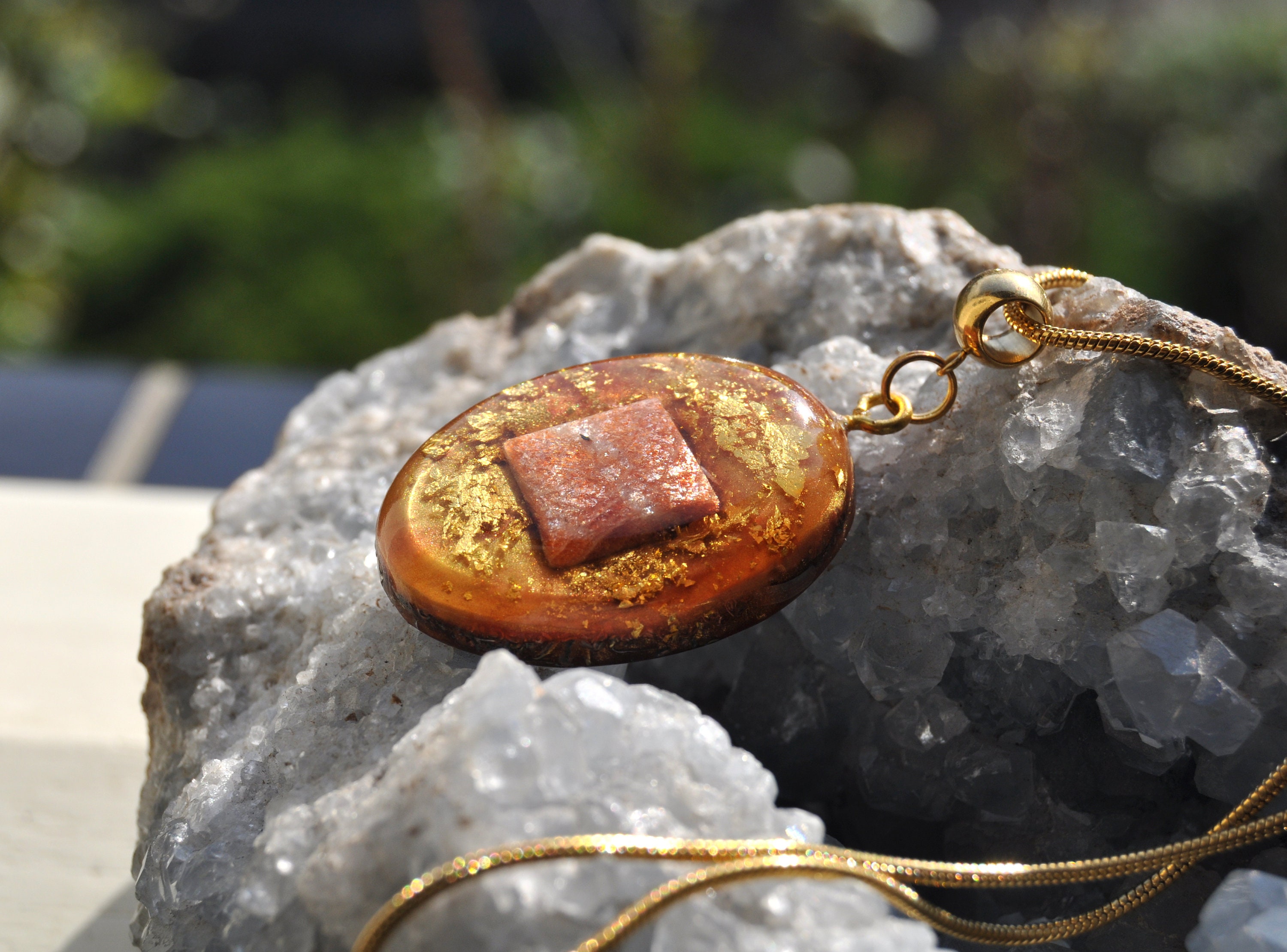 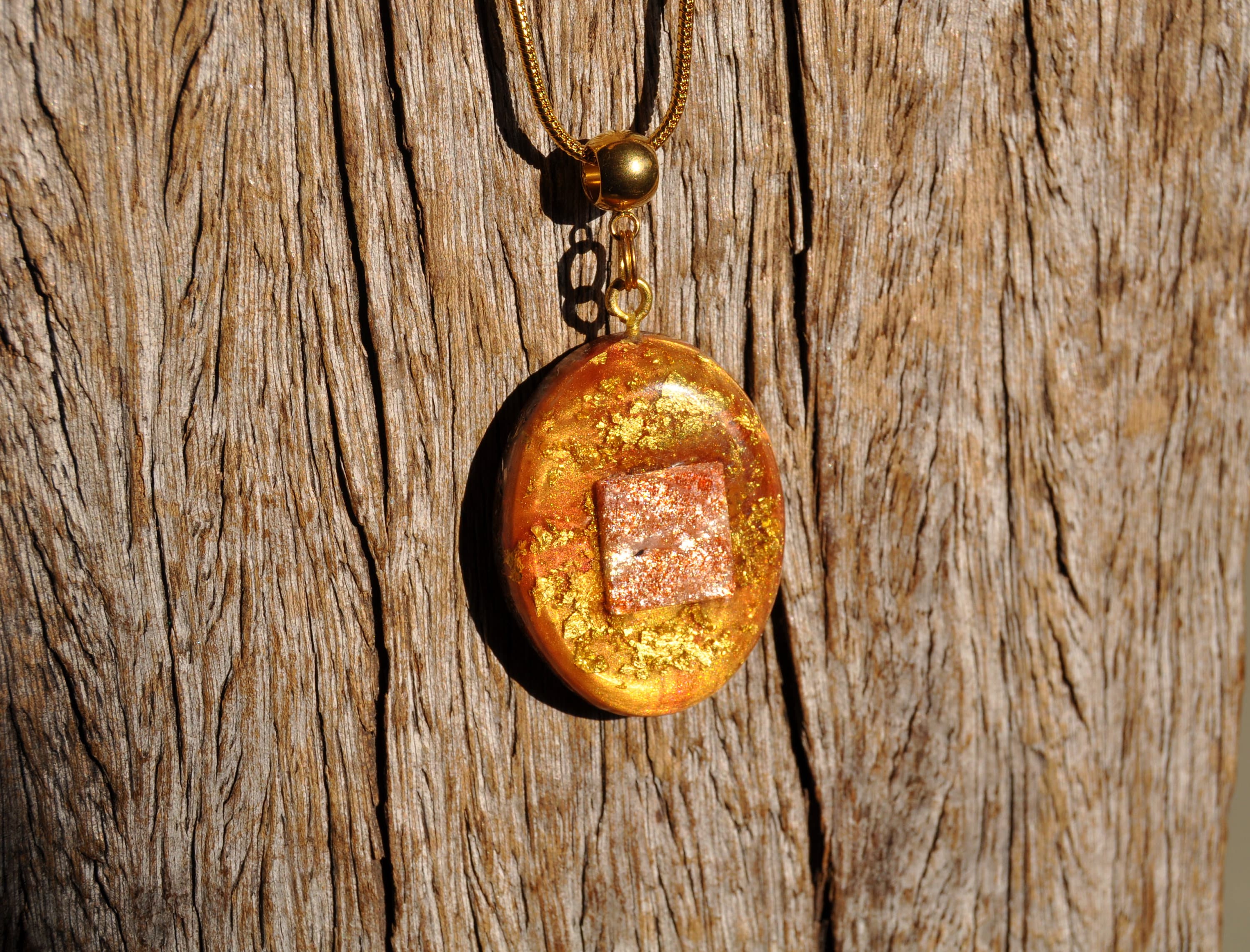 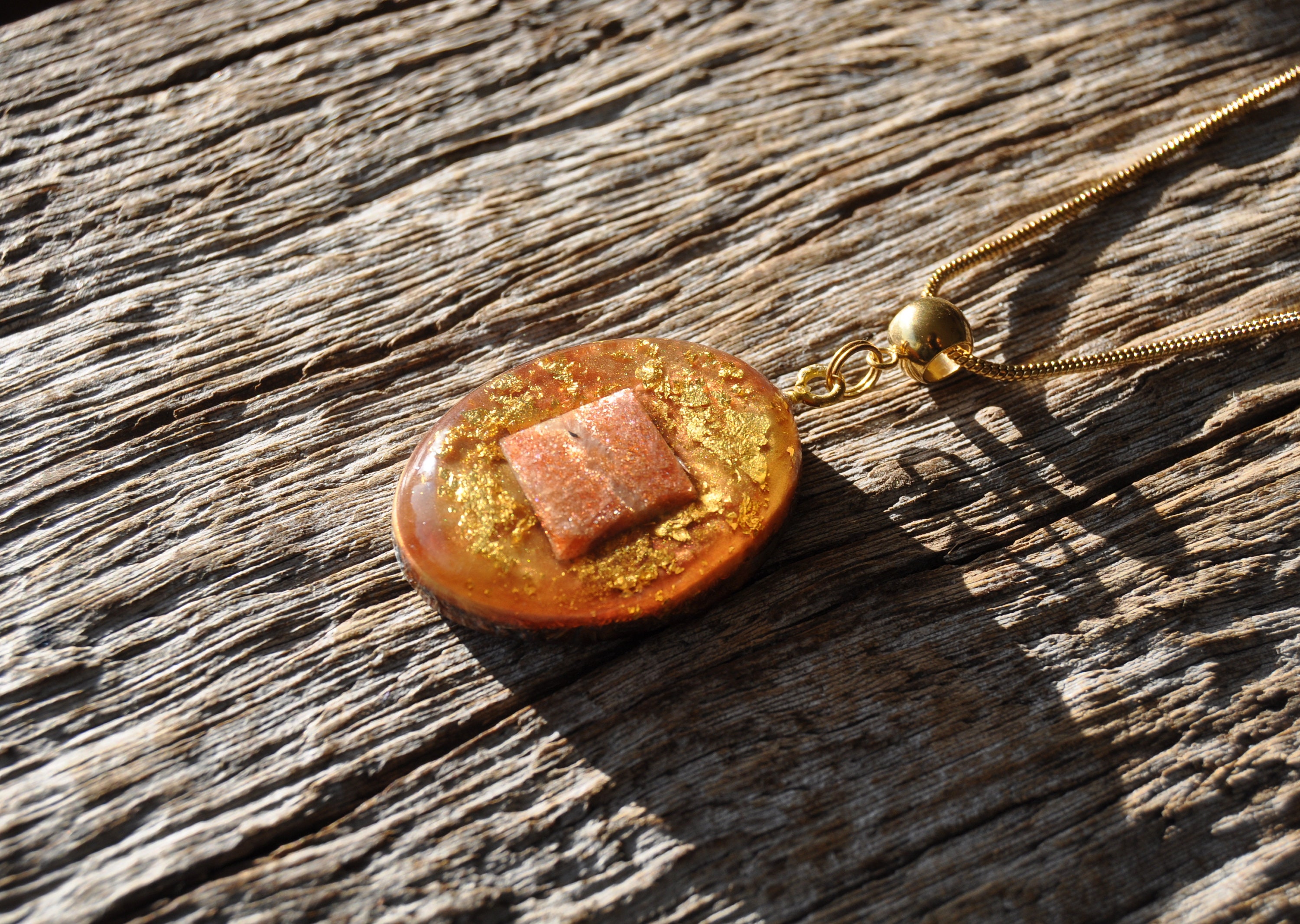 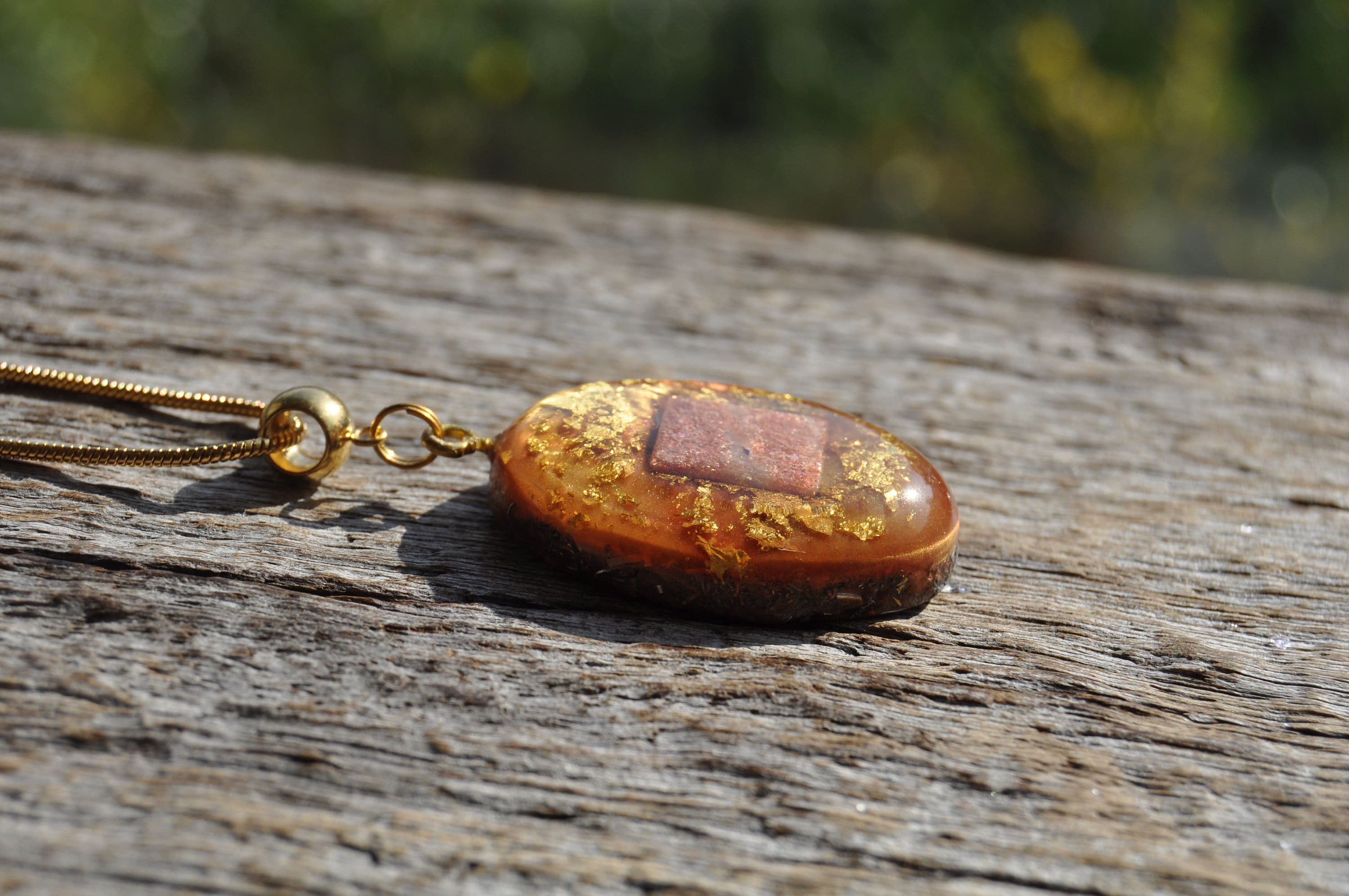 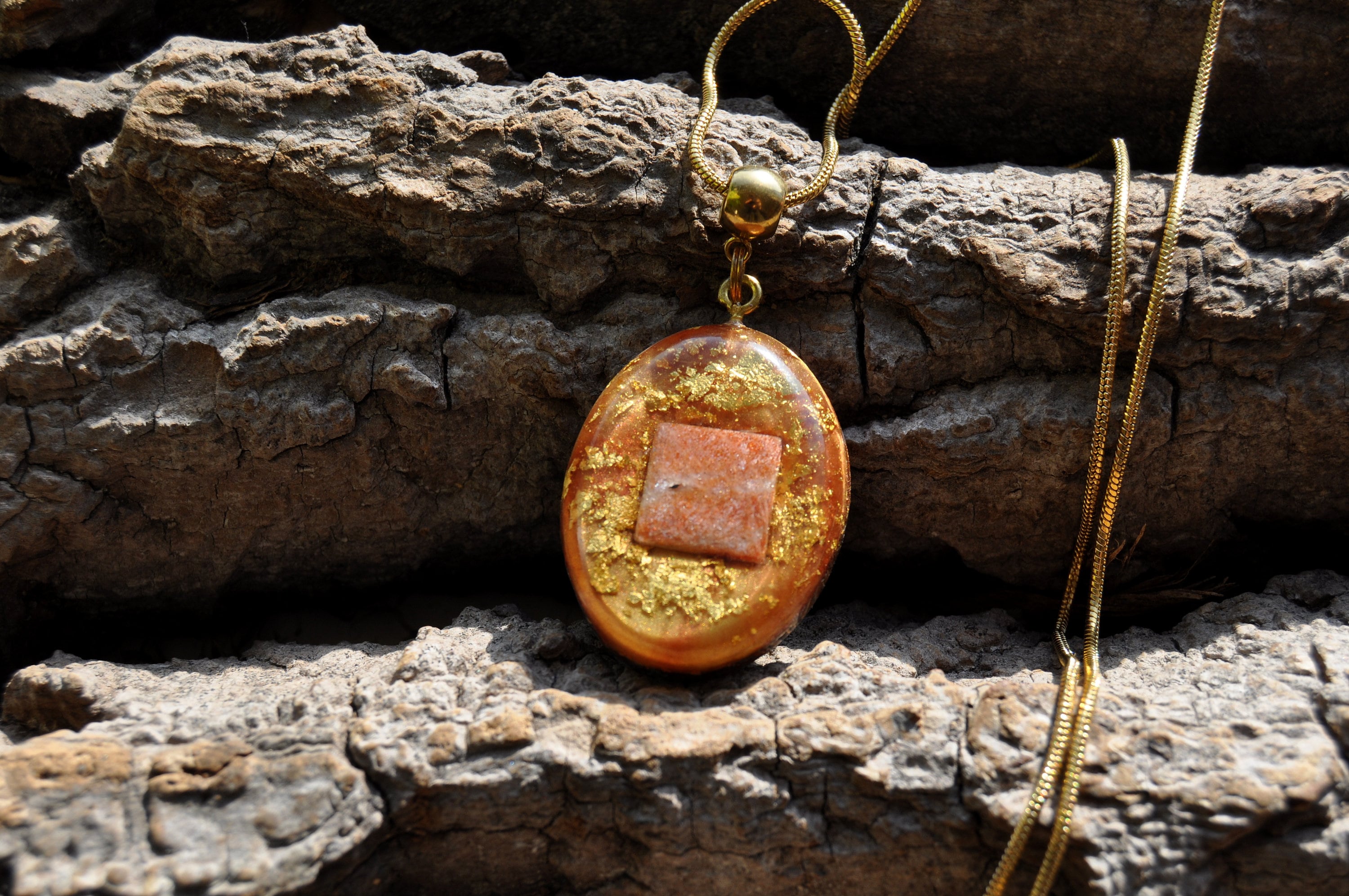 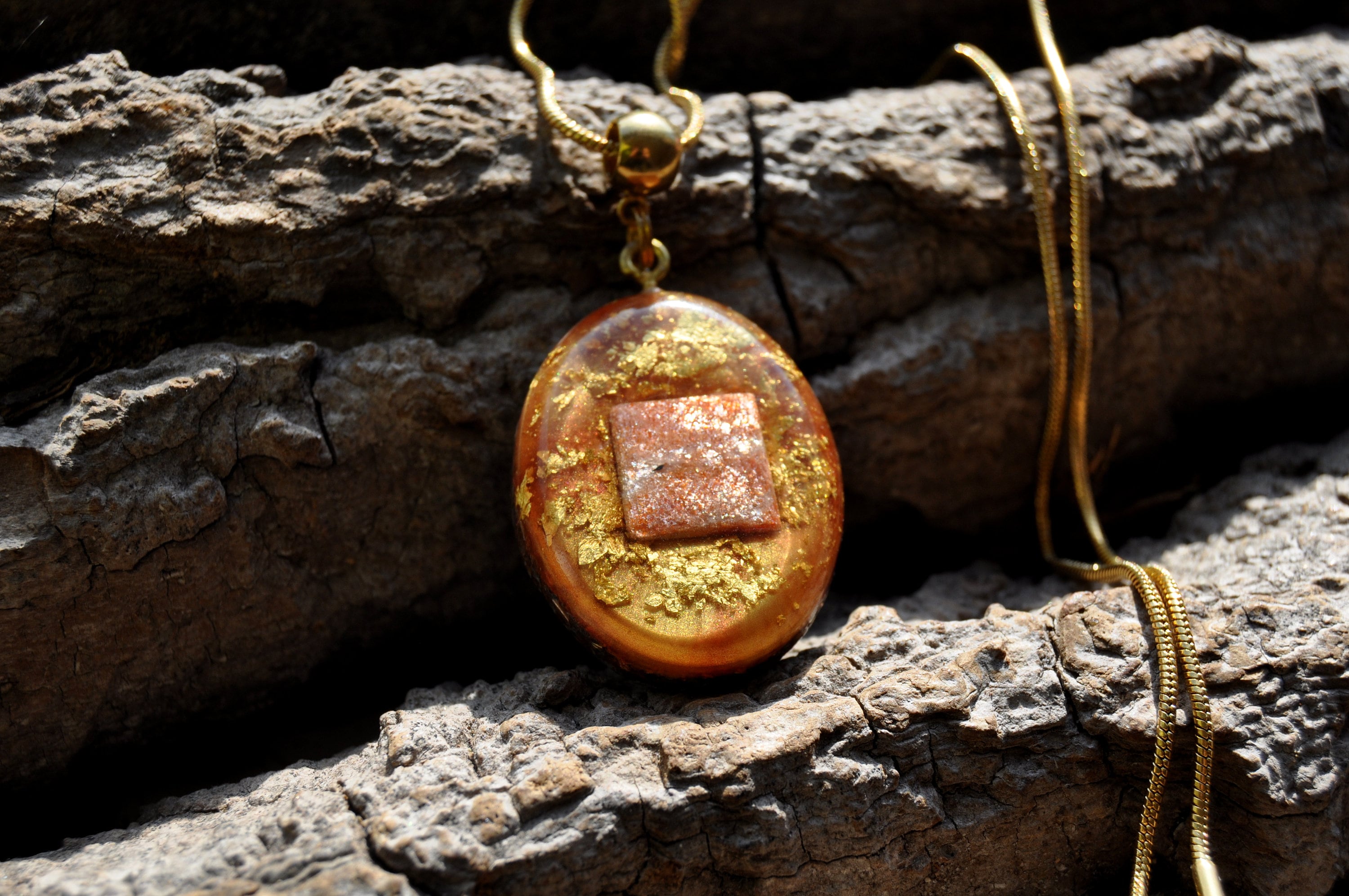 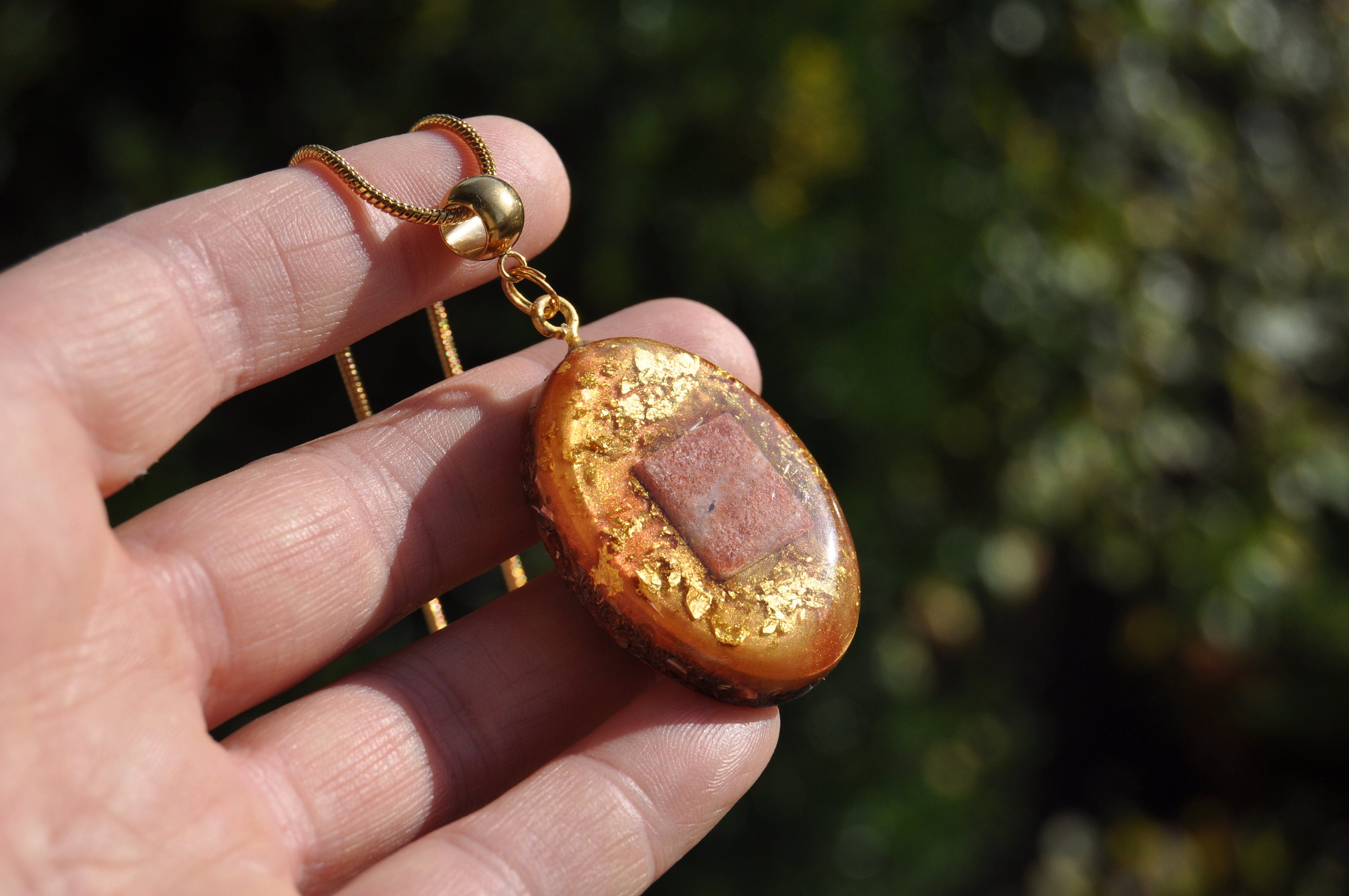 This lovely Orgonite® pendant contains various metal shavings shavings. The main stone is authentic Sunstone which is surrounded with 24k gold flakes. It furthermore consists of Elite Shungite (emf protection), black Tourmaline (grounds excess energy and protects), Pyrite (to enhance the overall strength of the piece), Rhodizite (to amplify the stones), Selenite (to charge and clean) and clear Quartz (for piezo electric effect) all within a durable resin setting.

Because it is a one of a kind hand-crafted one, it may have slight artistic imperfections.
It comes on a 50 cm / 20 inches stainless steel necklace with lobster clasp closing.