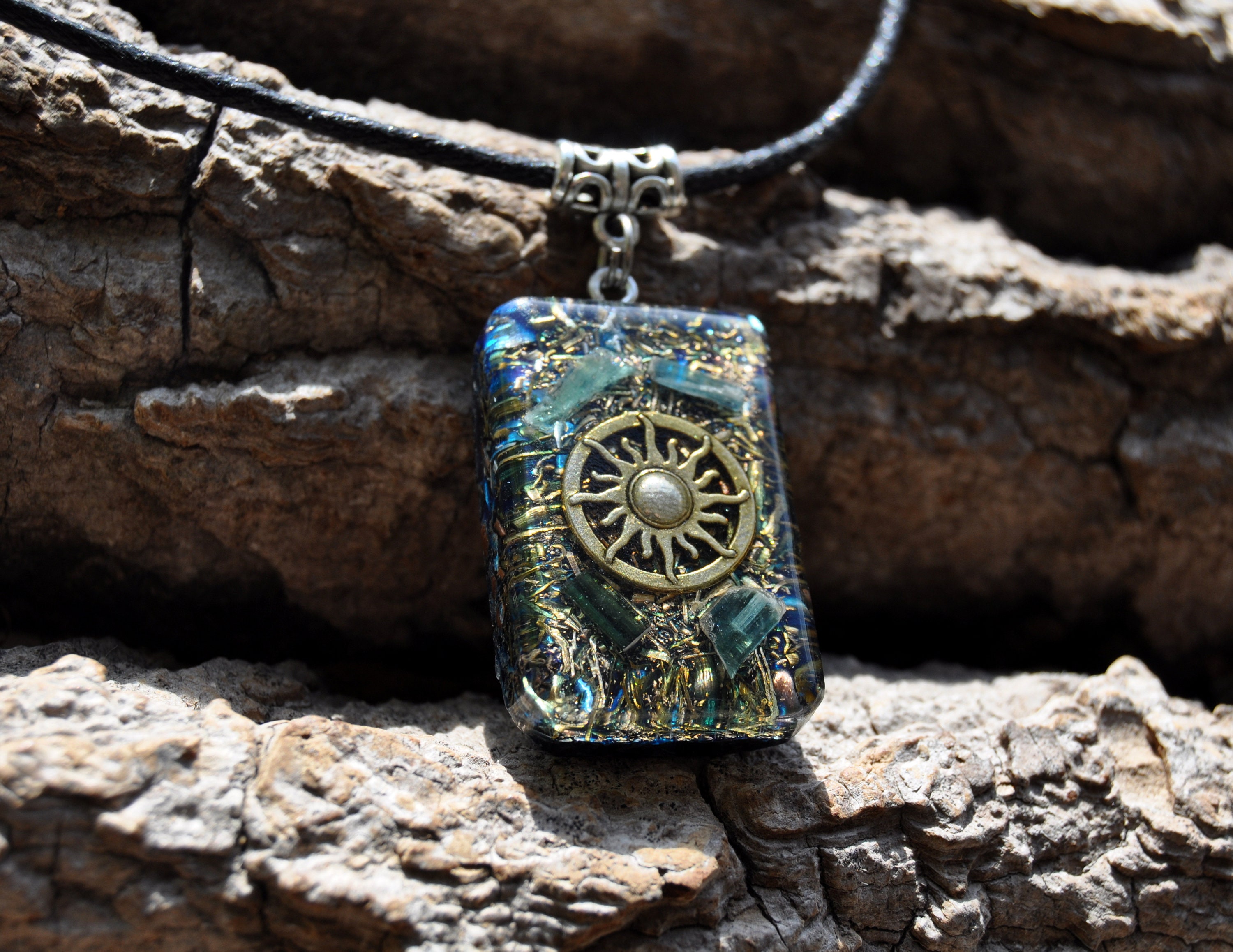 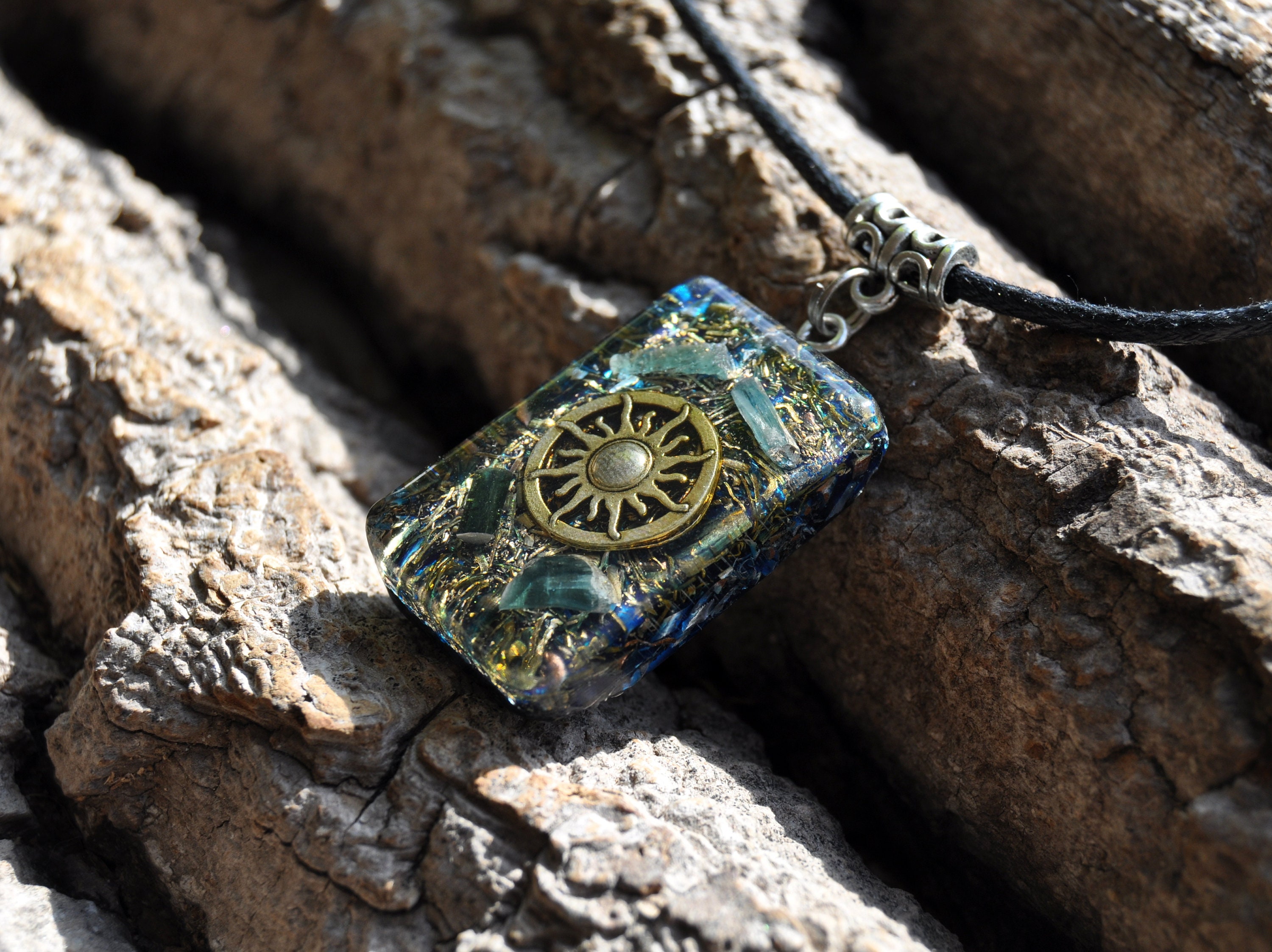 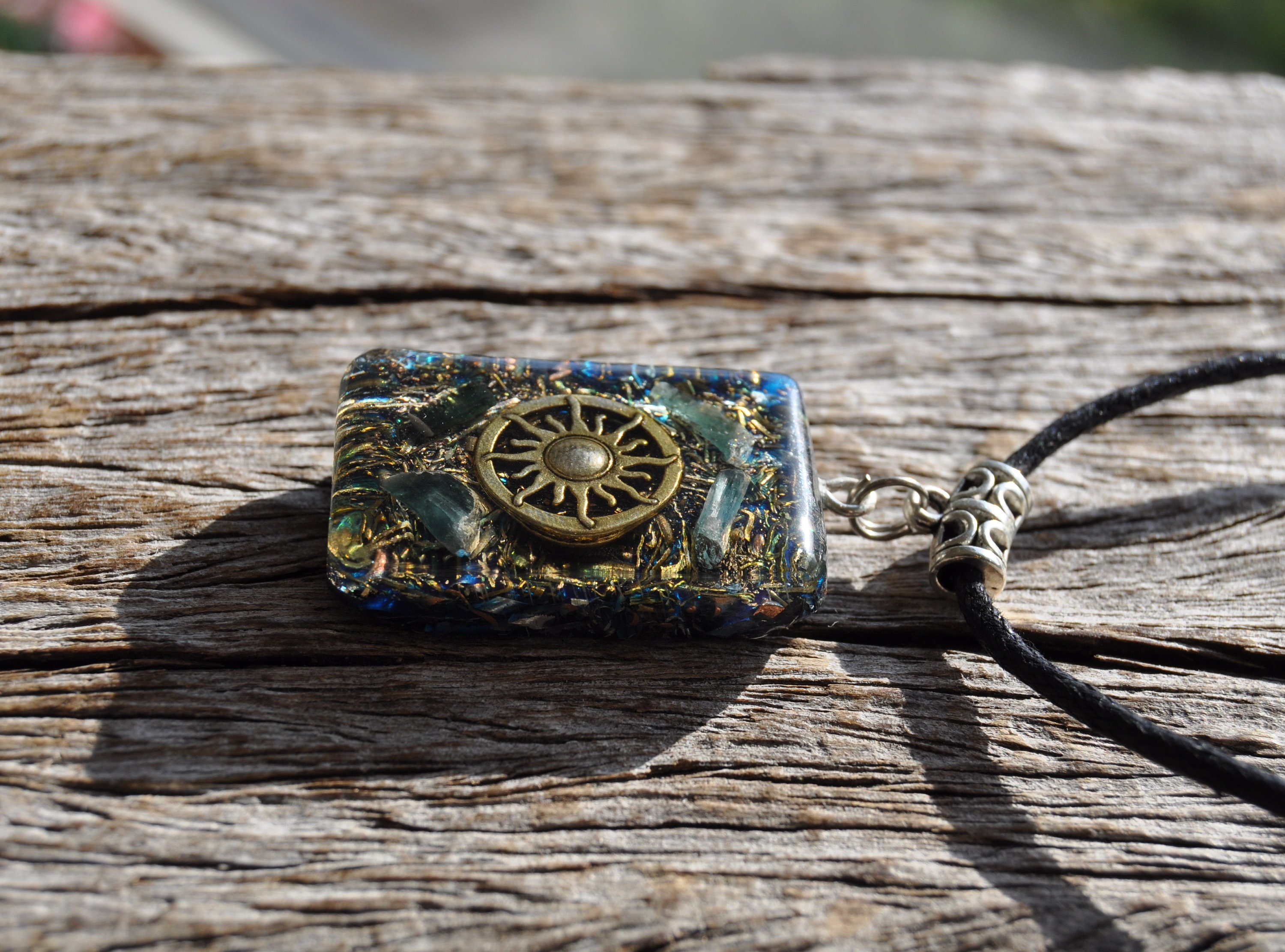 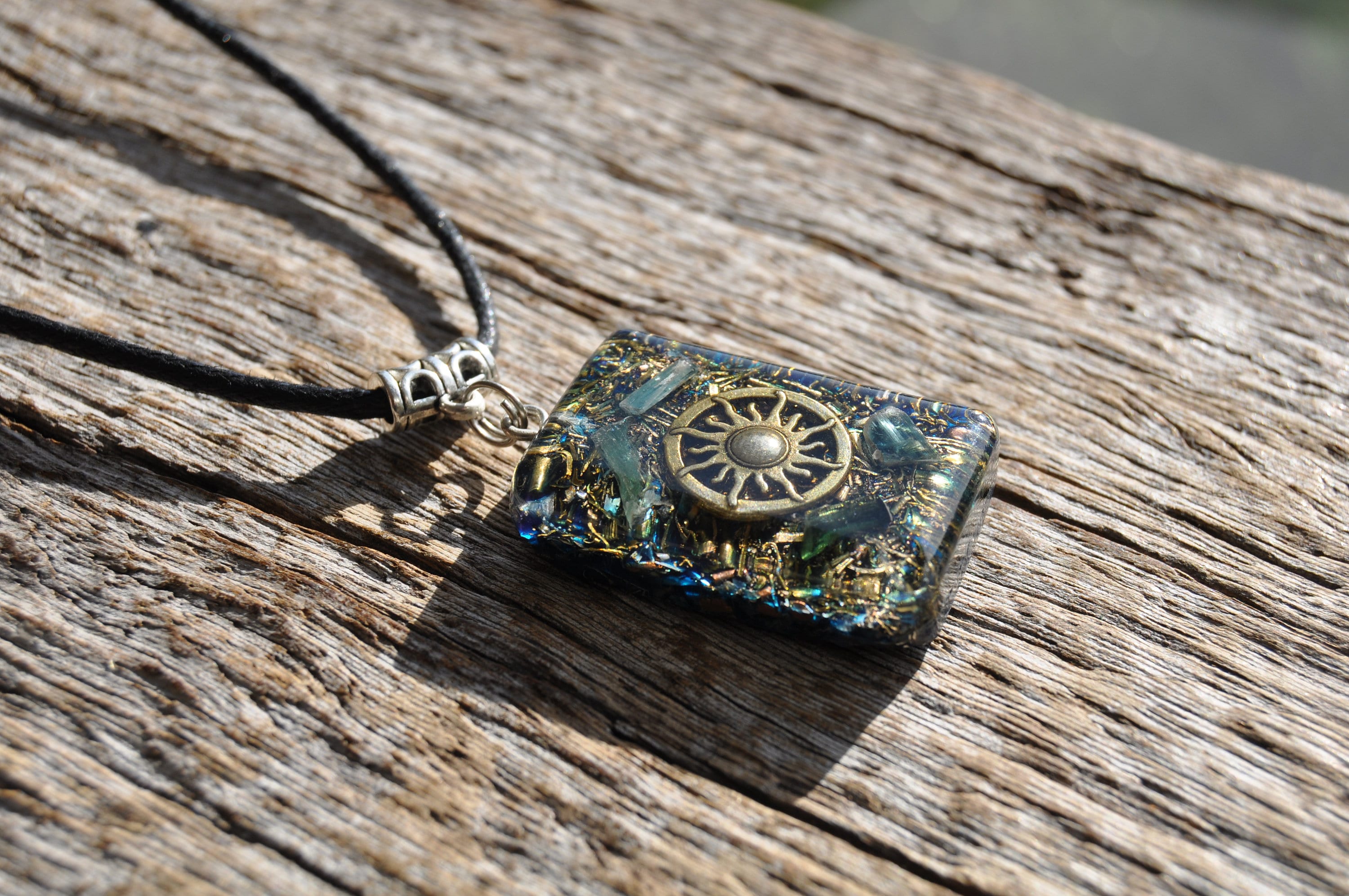 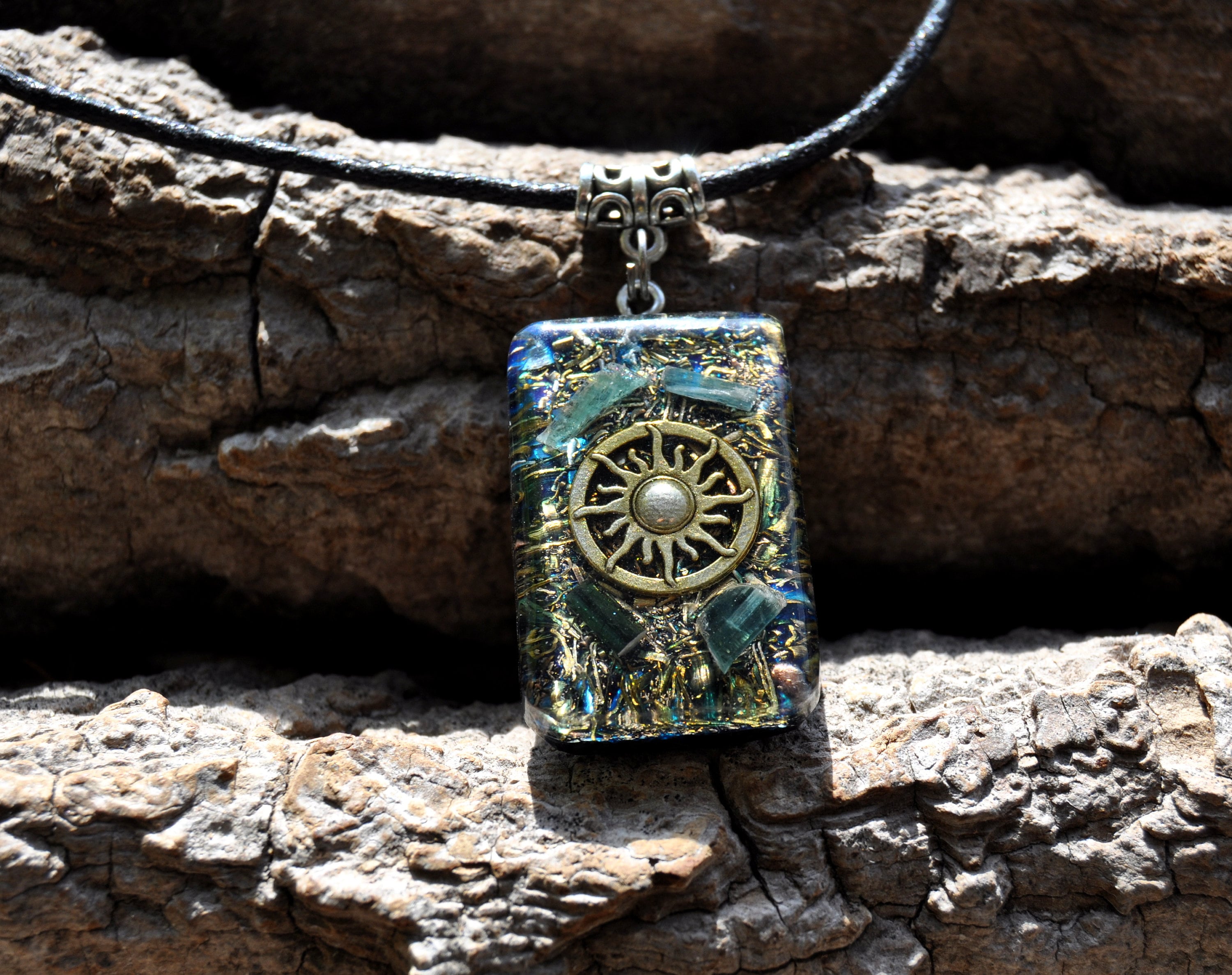 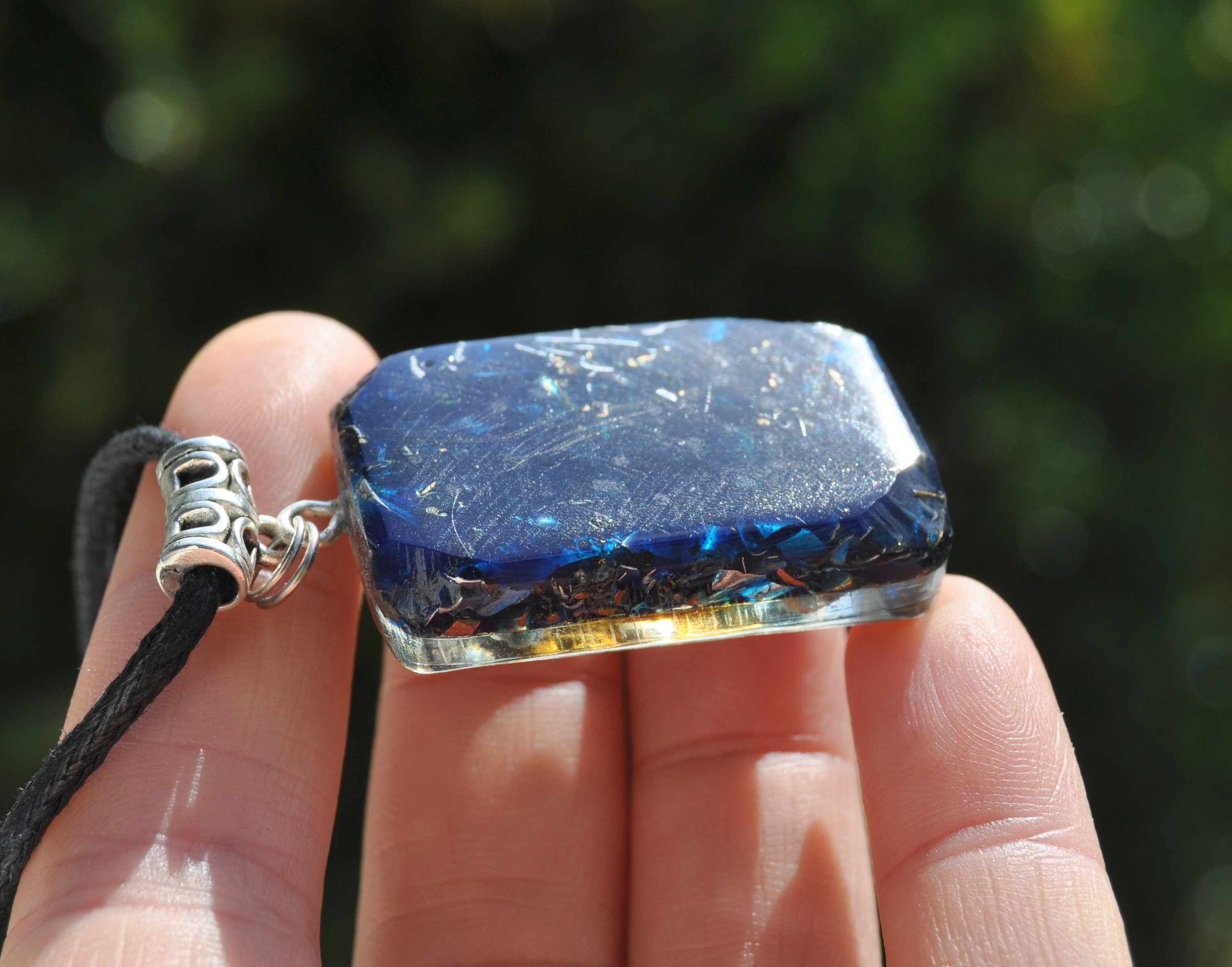 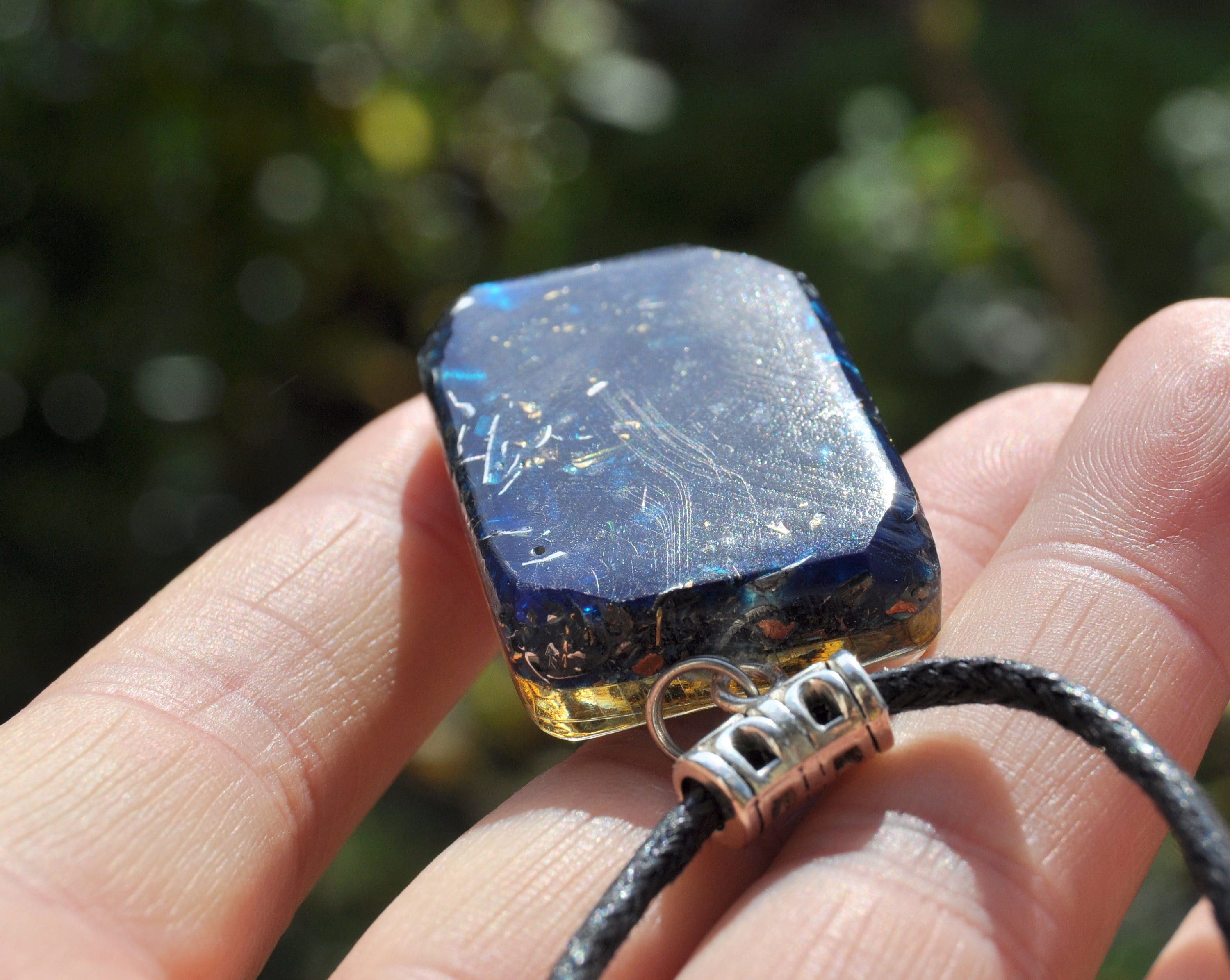 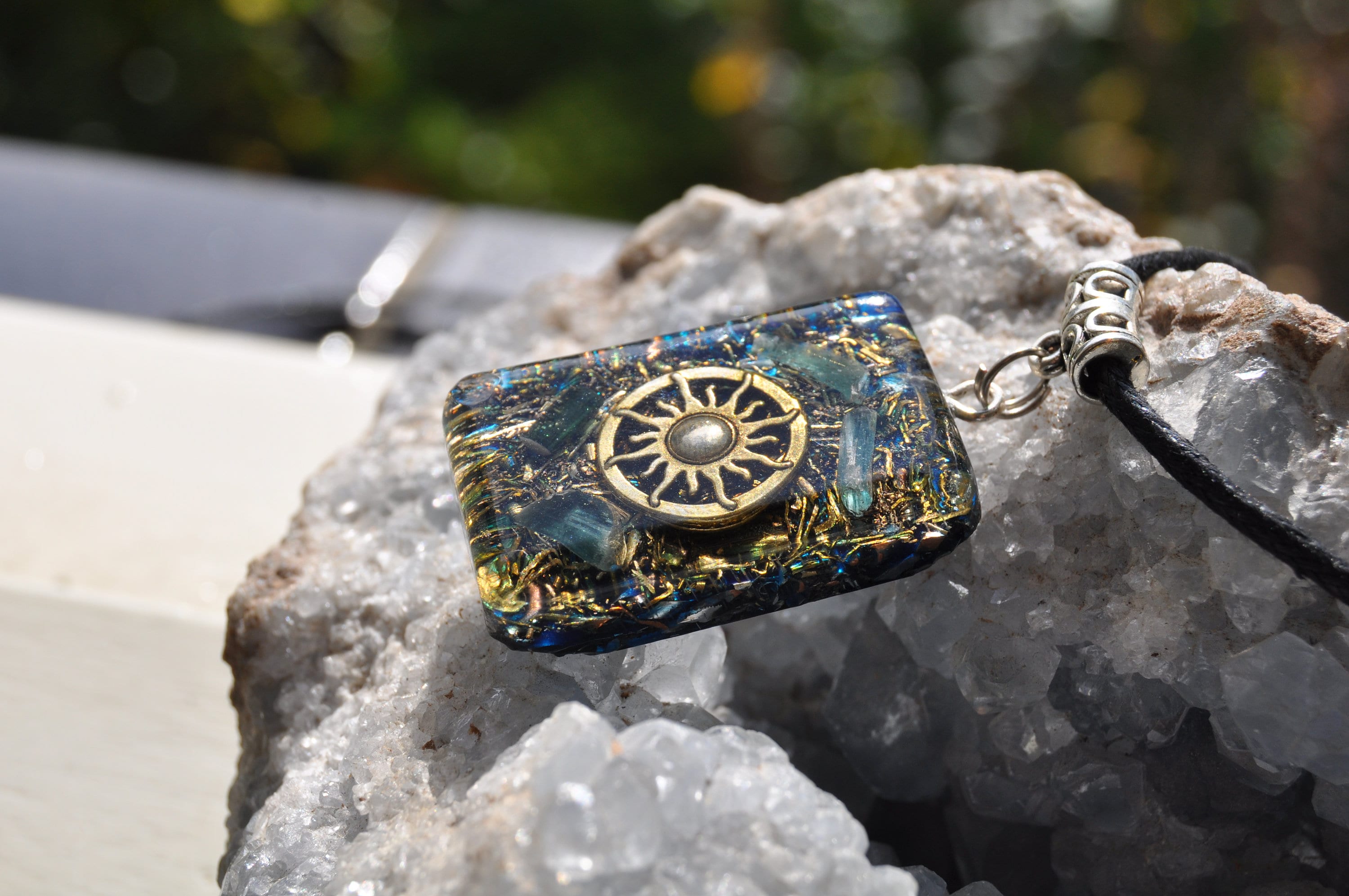 This unique Orgonite® pendant contains brass, bronze, aluminium, copper shavings and comes on an adjustable strong cotton cord. It has a Sun symbol in the front. On the back the corners are shaved off a bit roughly as an experiment (see pictures), but you dont see that in the front.

The main stone is four raw blue Tourmaline stones which you can see in the front. . It furthermore consists of Rose Quartz (self - love), Pyrite (to enhance), Elite Shungite (emf protection), black Tourmaline (to protect and ground excess energy) ,Rhodizite (to enhance) and clear quartz (for piezo-electric effect) all within a durable resin setting.