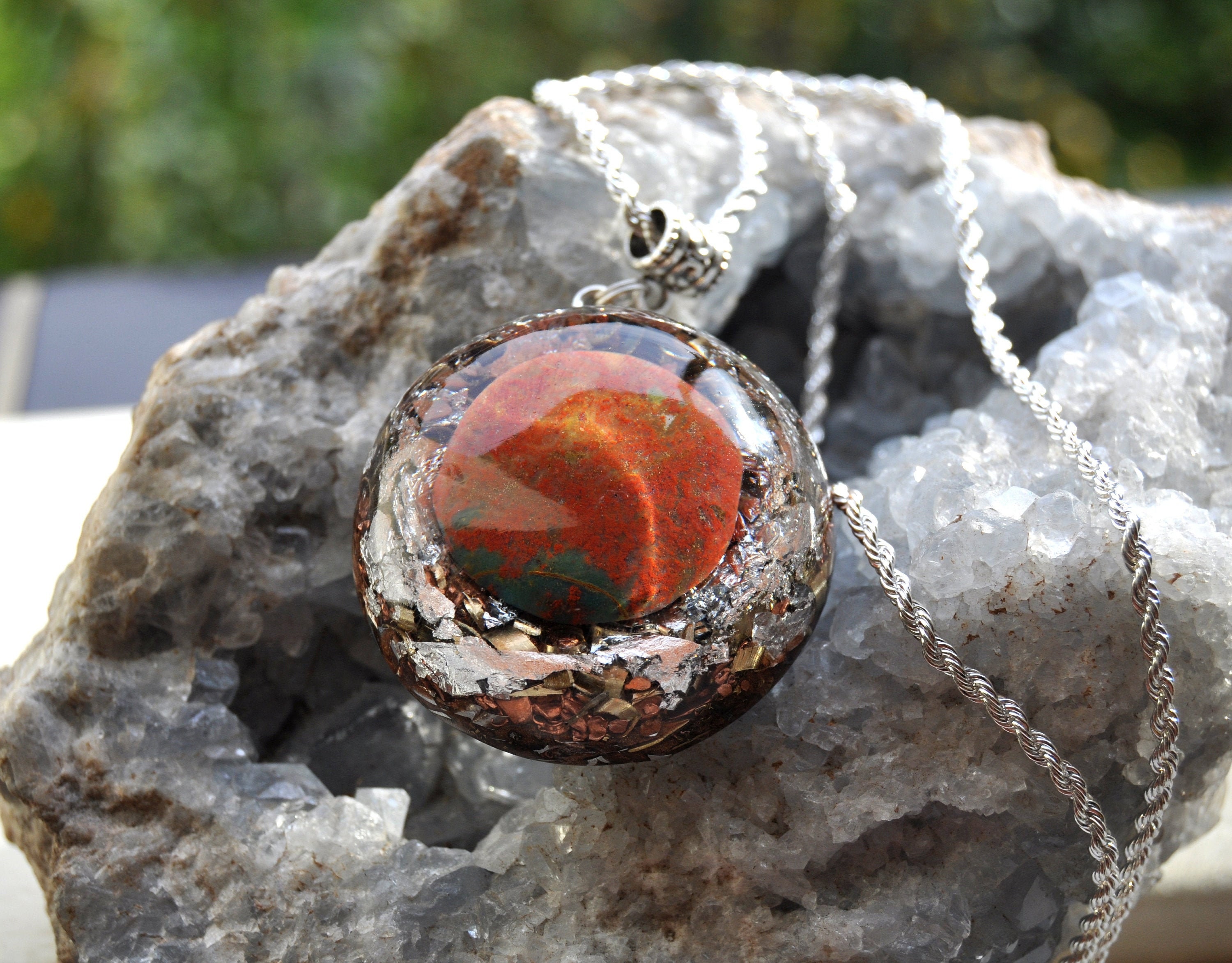 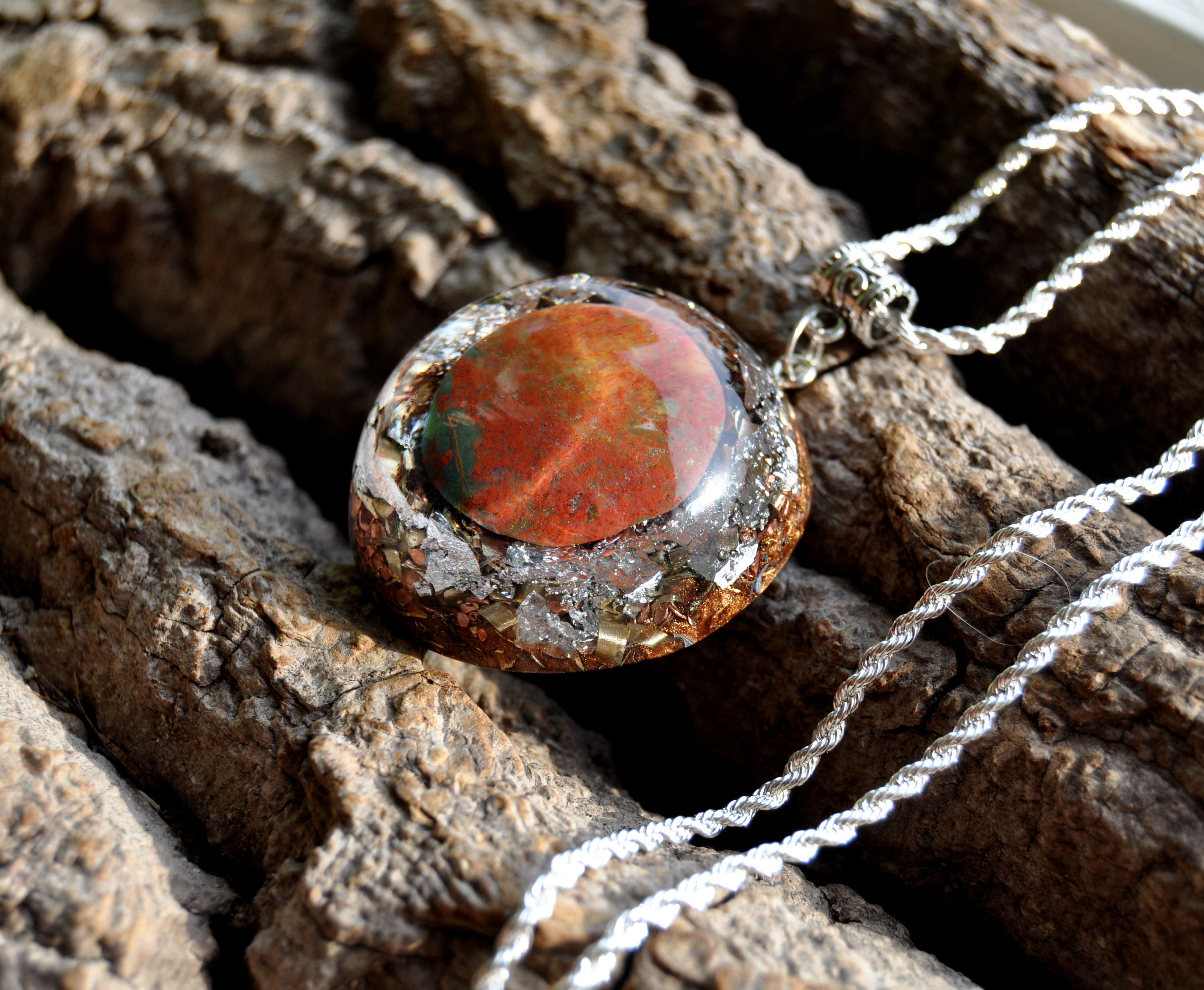 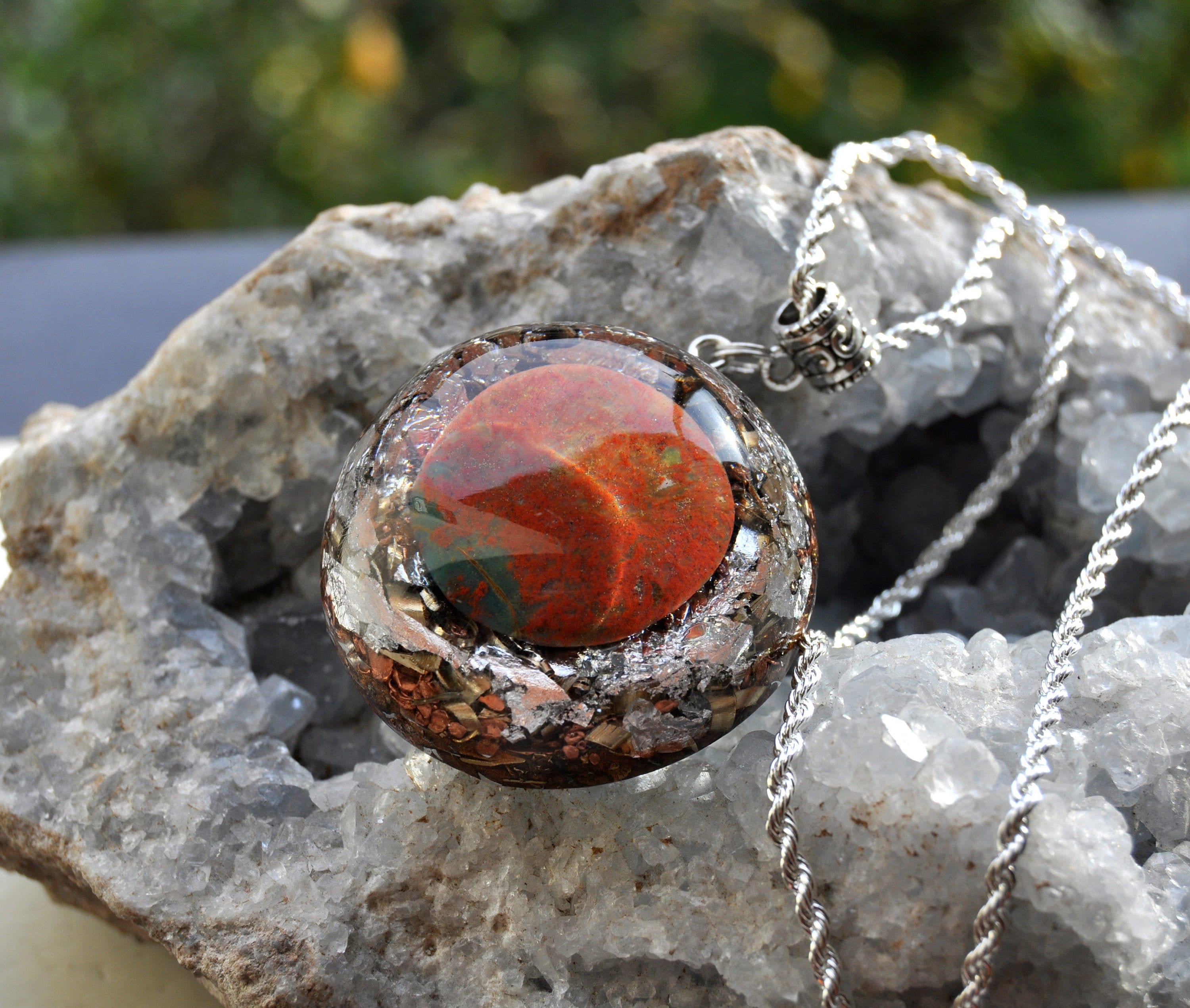 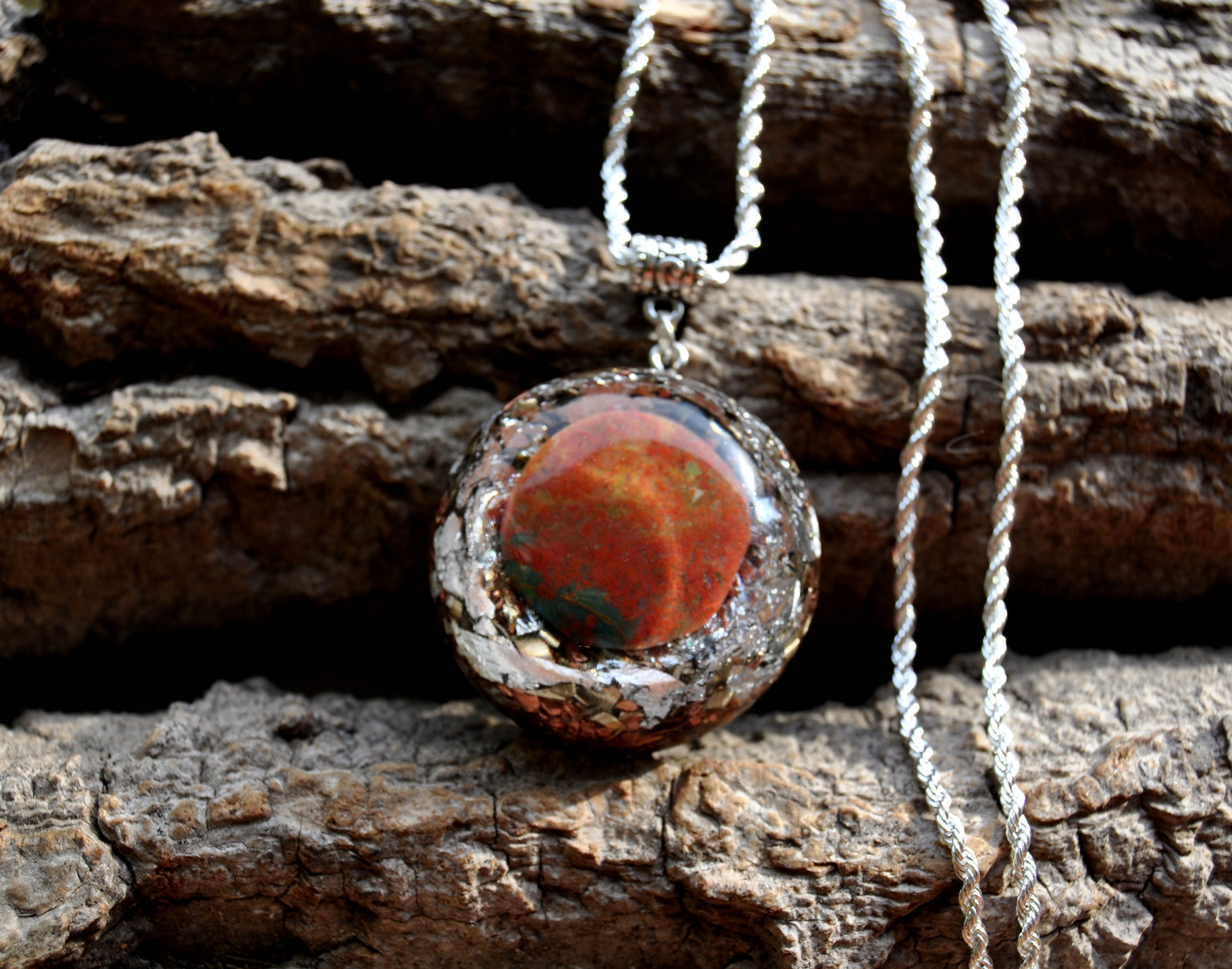 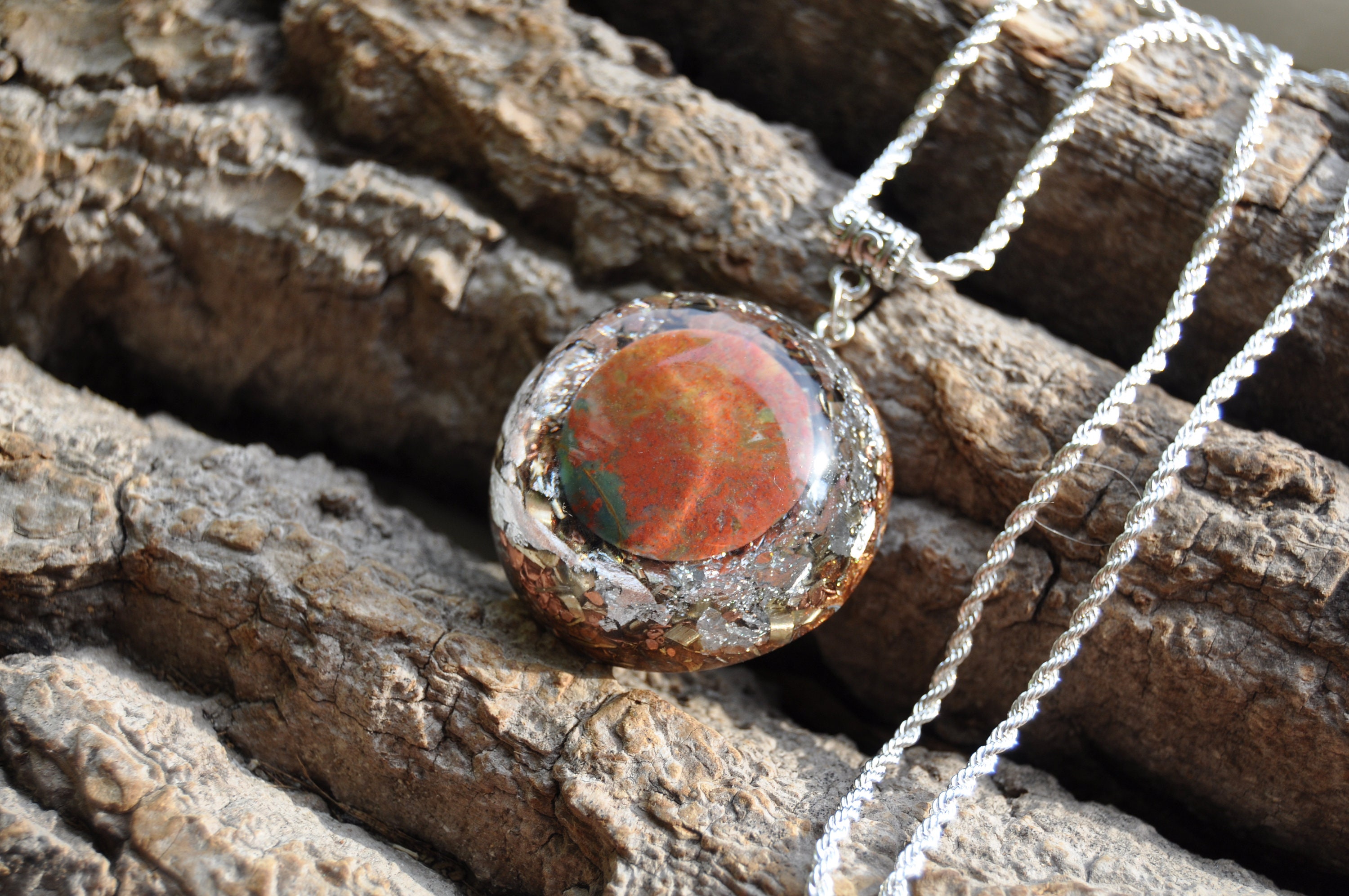 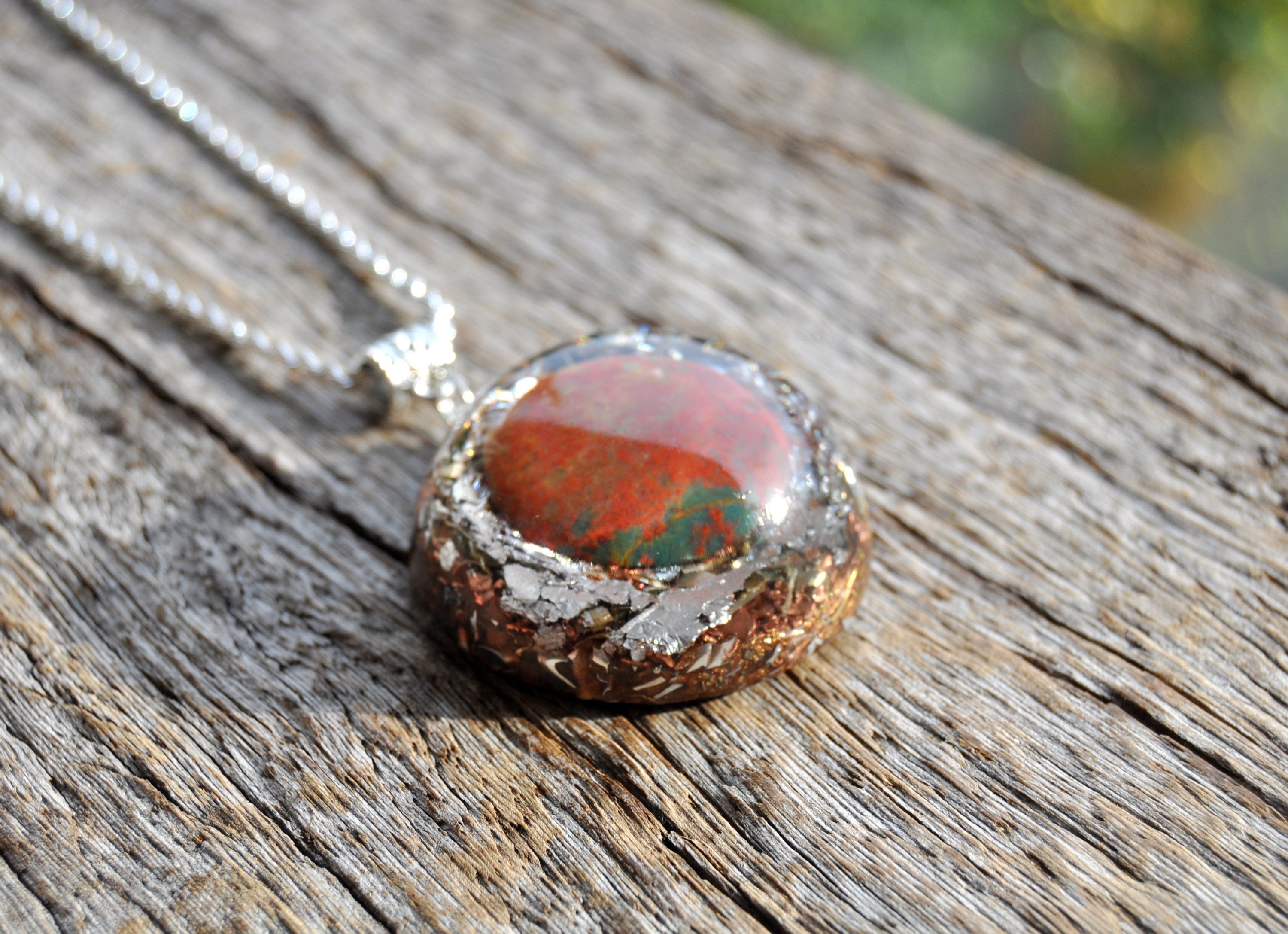 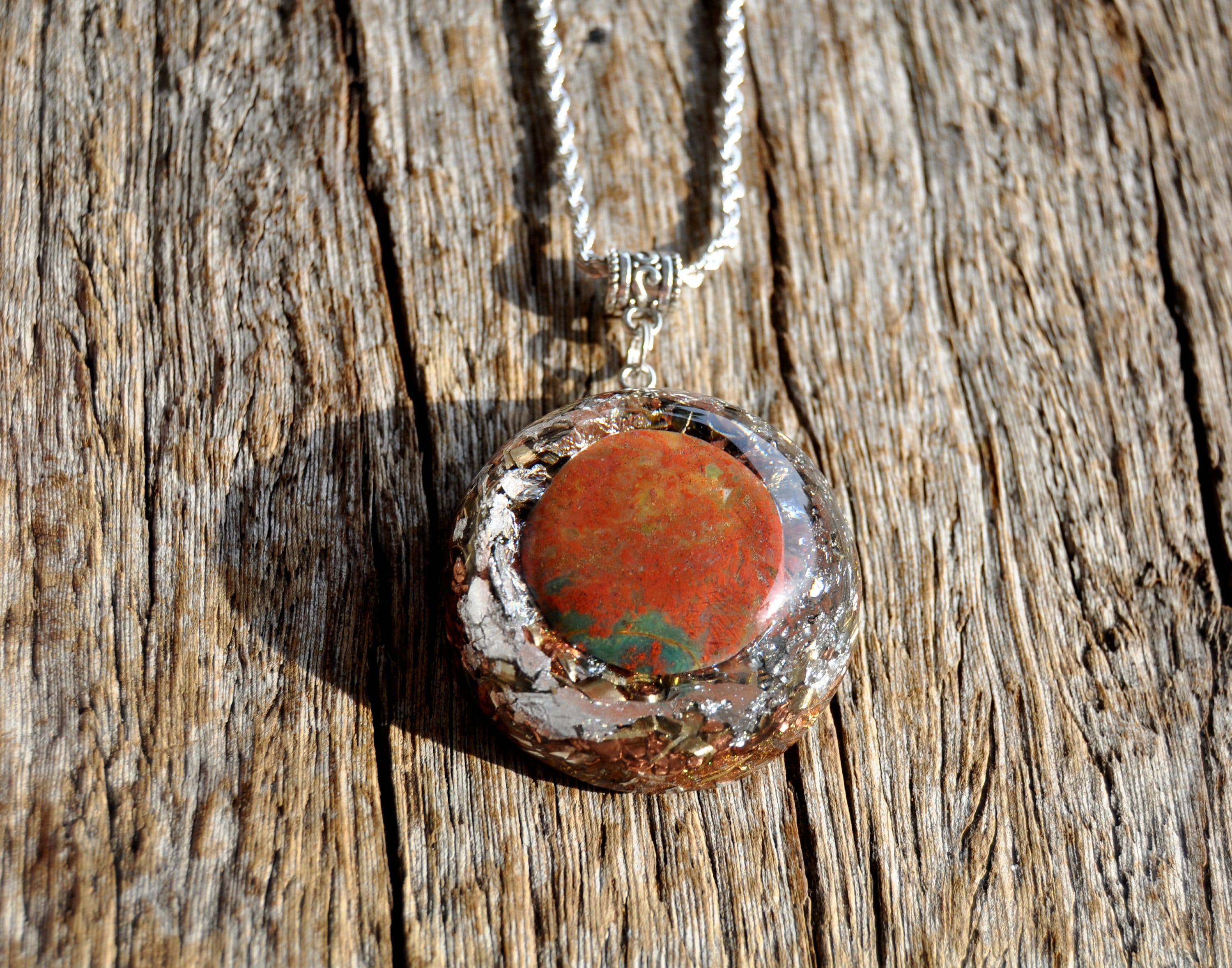 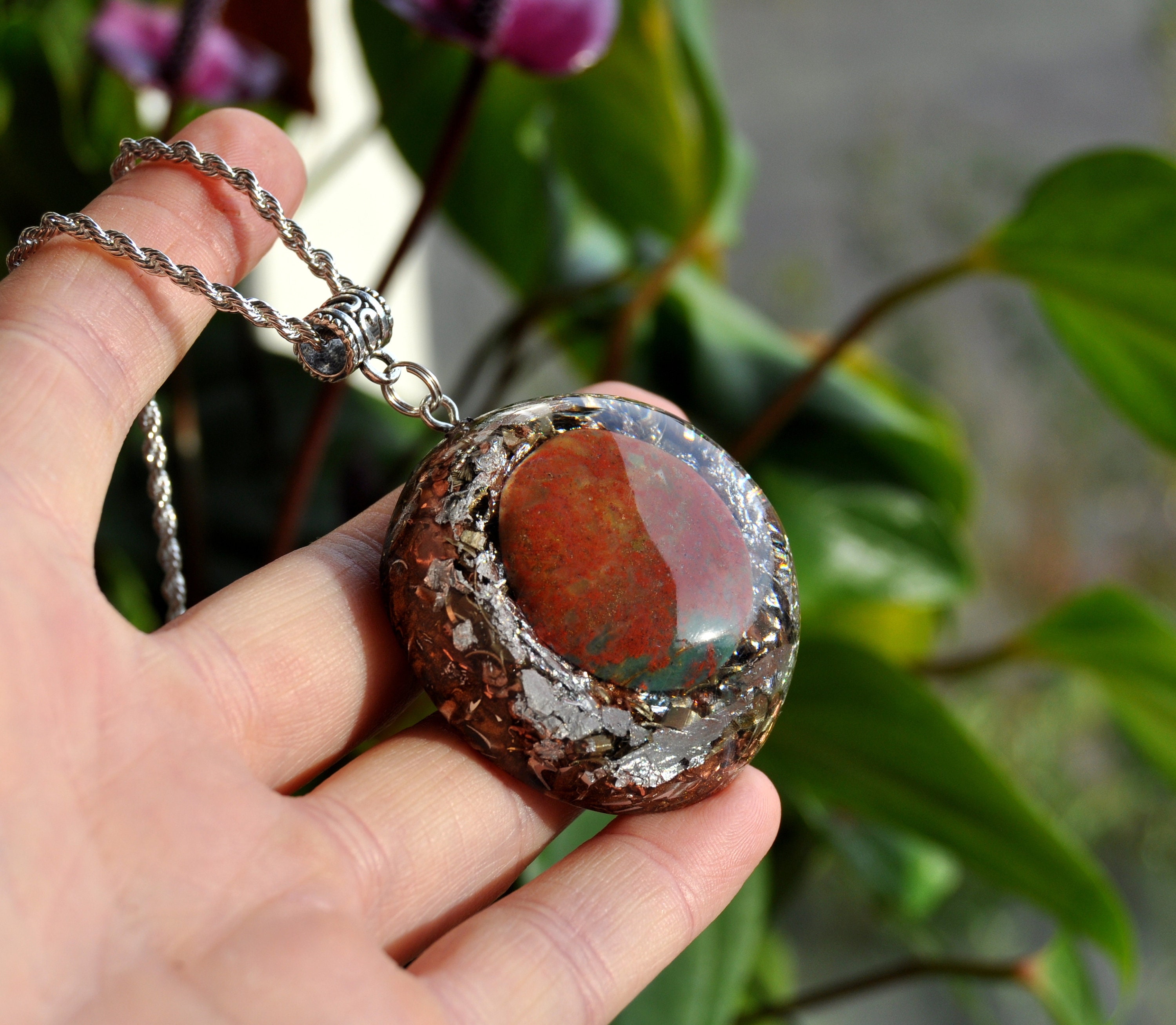 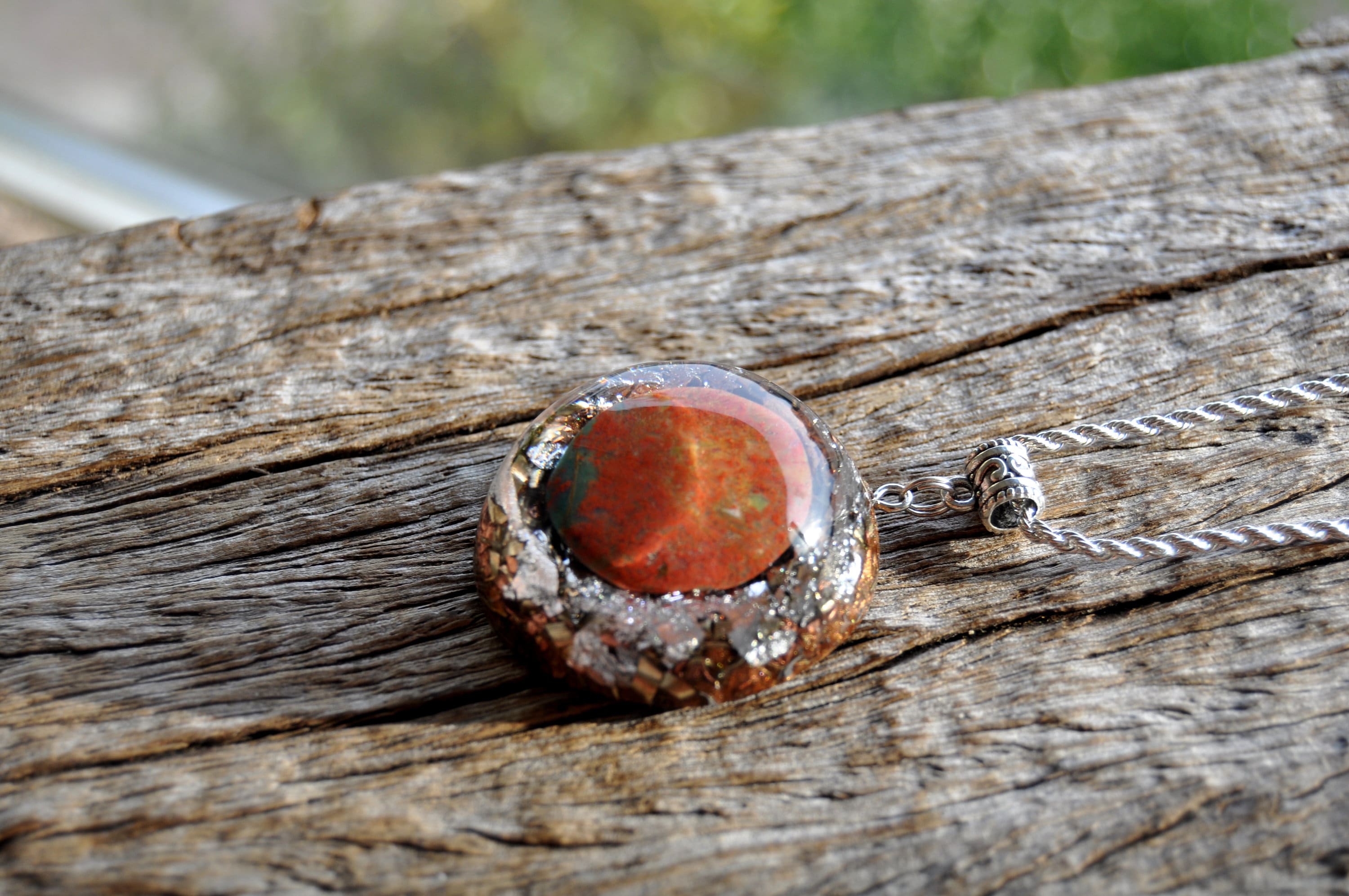 The main stone of this orgonite is a natural Helioptrope Bloodstone (in the front) which surrounded with 925 sterling silver flakes. It furthermore consists of Rose Quartz (self - love), black Tourmaline (to protect and ground excess energy) , Elite Shungite (EMF protection), Selenite (cleans and charges the other crystals), Pyrite clusters (to enhance and deflect ELF waves), Rhodizite (to amplify the other crystals) and clear quartz (for piezo-electric effect) all within a durable resin setting.

The pendant is made out of lots of various metal shavings. It measures 4.2 cm / 1.65" in diameter.

Bloodstones are a variety chalcedony, which is crypto crystalline quartz. This simply means that these crystals are too small that it cannot be distinguished from the naked eye. One can determine the crystallinity through the use of an electron microscope.

Bloodstone is also referred to as heliotrope in Greek which simply means sun turning. Bloodstones are also known as stones of courage. It improves physical strength, enhances self-esteem and self-appreciation, and calms anxiousness. It promotes love for family and enhances wealth by improving the business and its legal matters.

The bloodstone also fights evil and prevents jealousy. It boosts your spirit and adds longevity. It eases a broken heart and brings good fortune. Whenever the stone becomes blood red in color, this signals the wearer about any upcoming danger. And up to this day, powdered bloodstone is used as aphrodisiac and traditional medicines in India.

Bloodstone also enhances creativity and intuition. Bloodstone drives away the negative environmental energy, which helps in the overcoming of influences like electromagnetic or geopathic stress. It revitalizes and induces dreaming. It gives you courage and helps you avoid harmful situations. This also promotes idealism and selflessness. . This soothes and revitalizes the mind, enhances decision making, and eliminates confusion. Bloodstone minimizes aggressiveness, impatience and irritability.