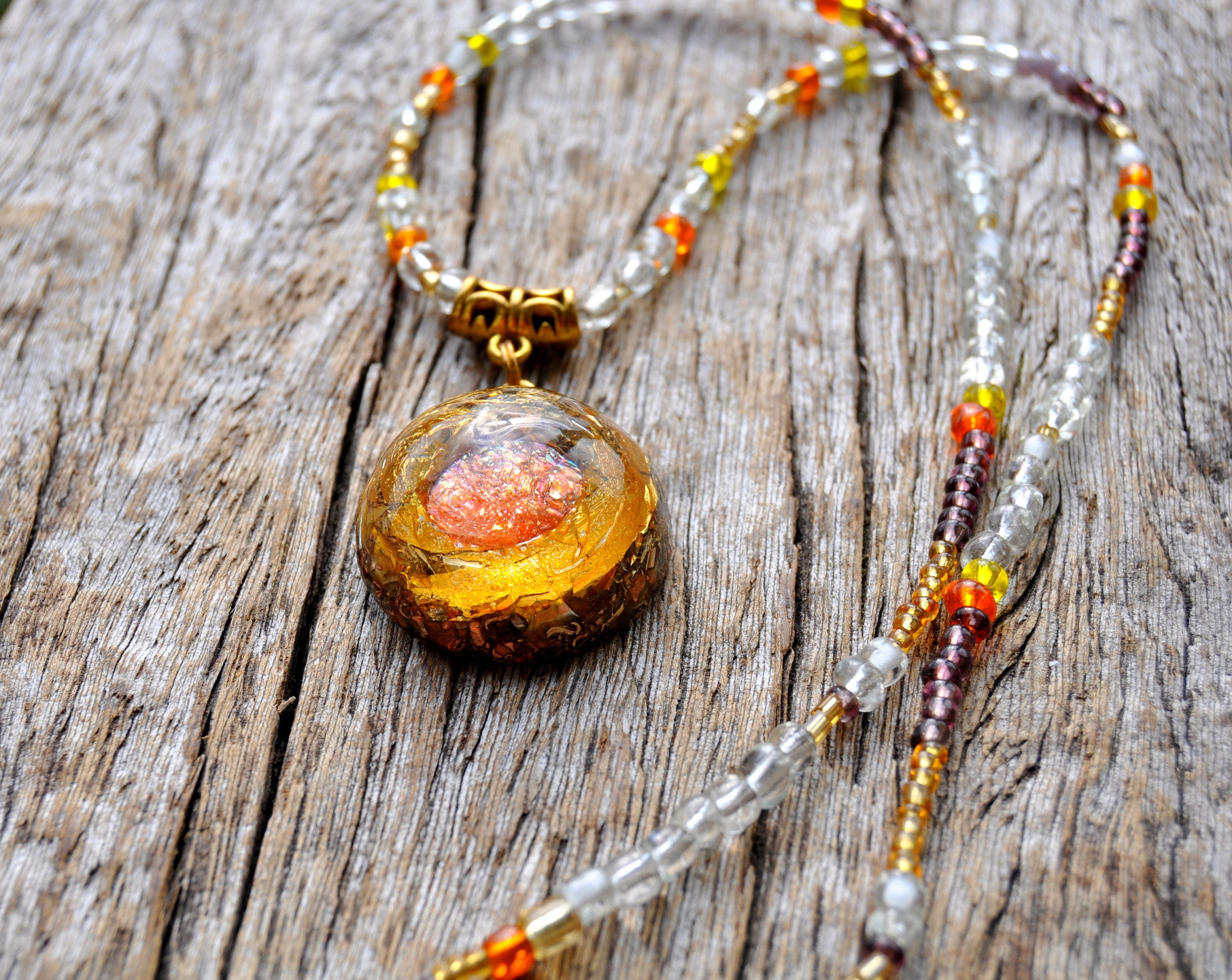 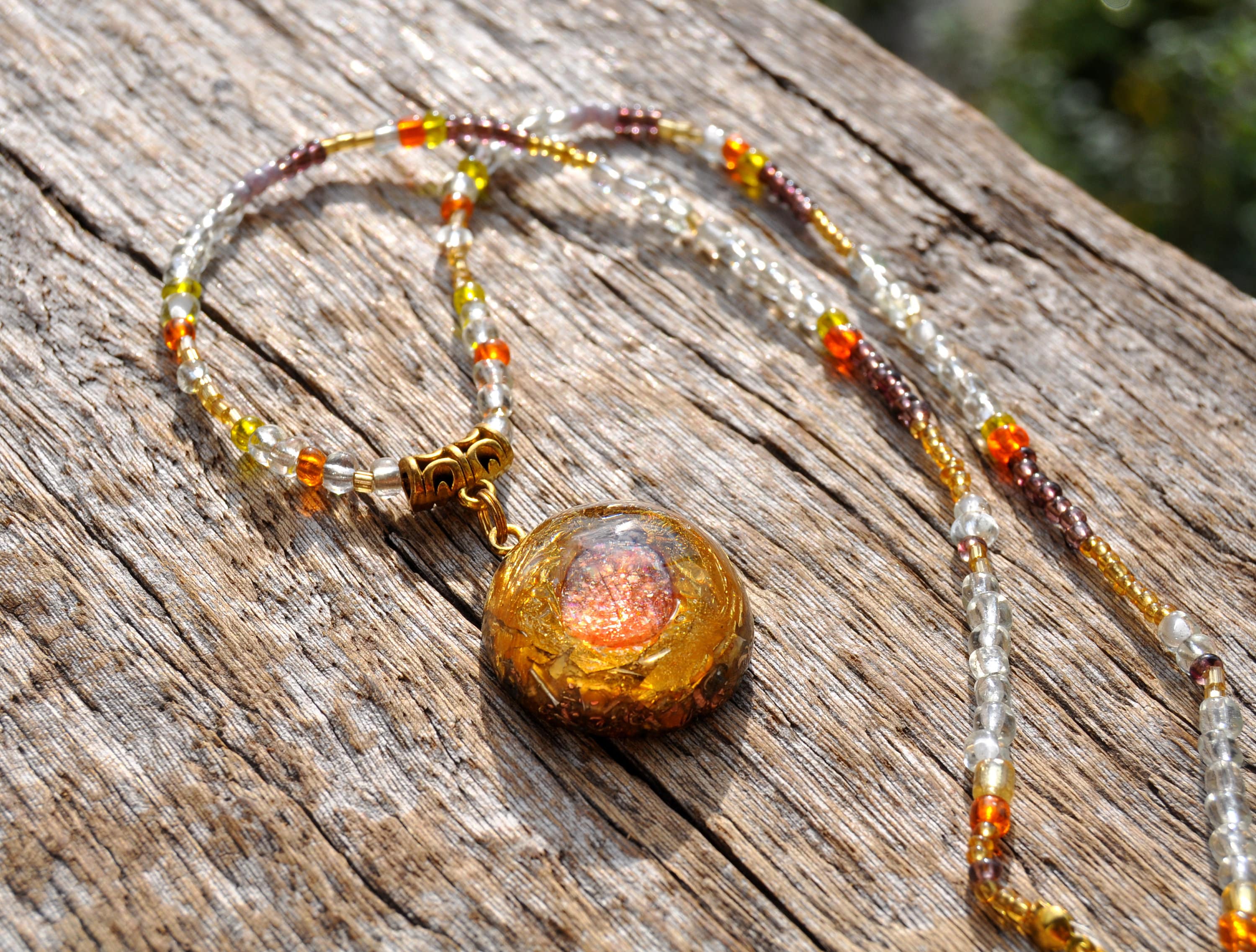 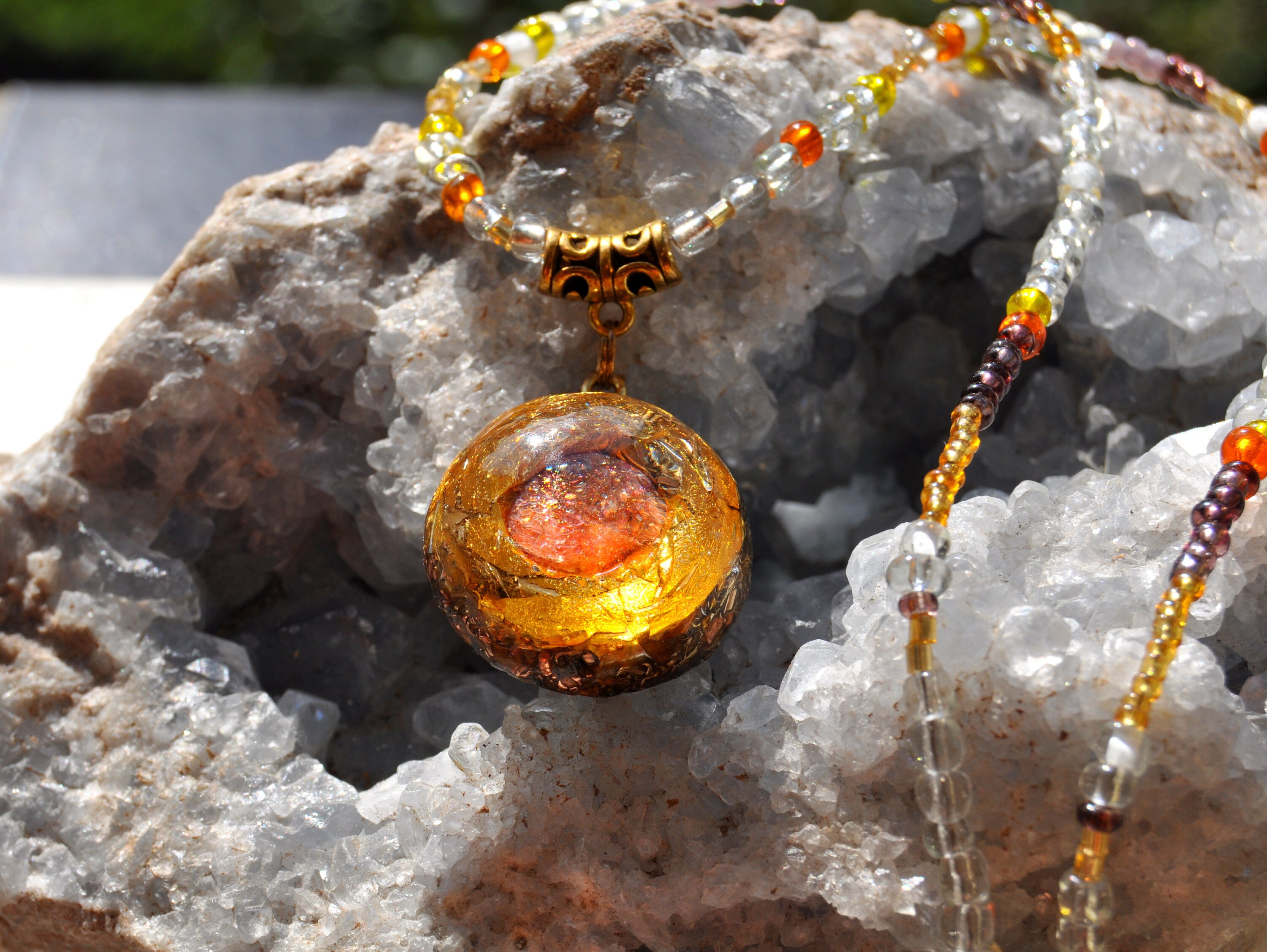 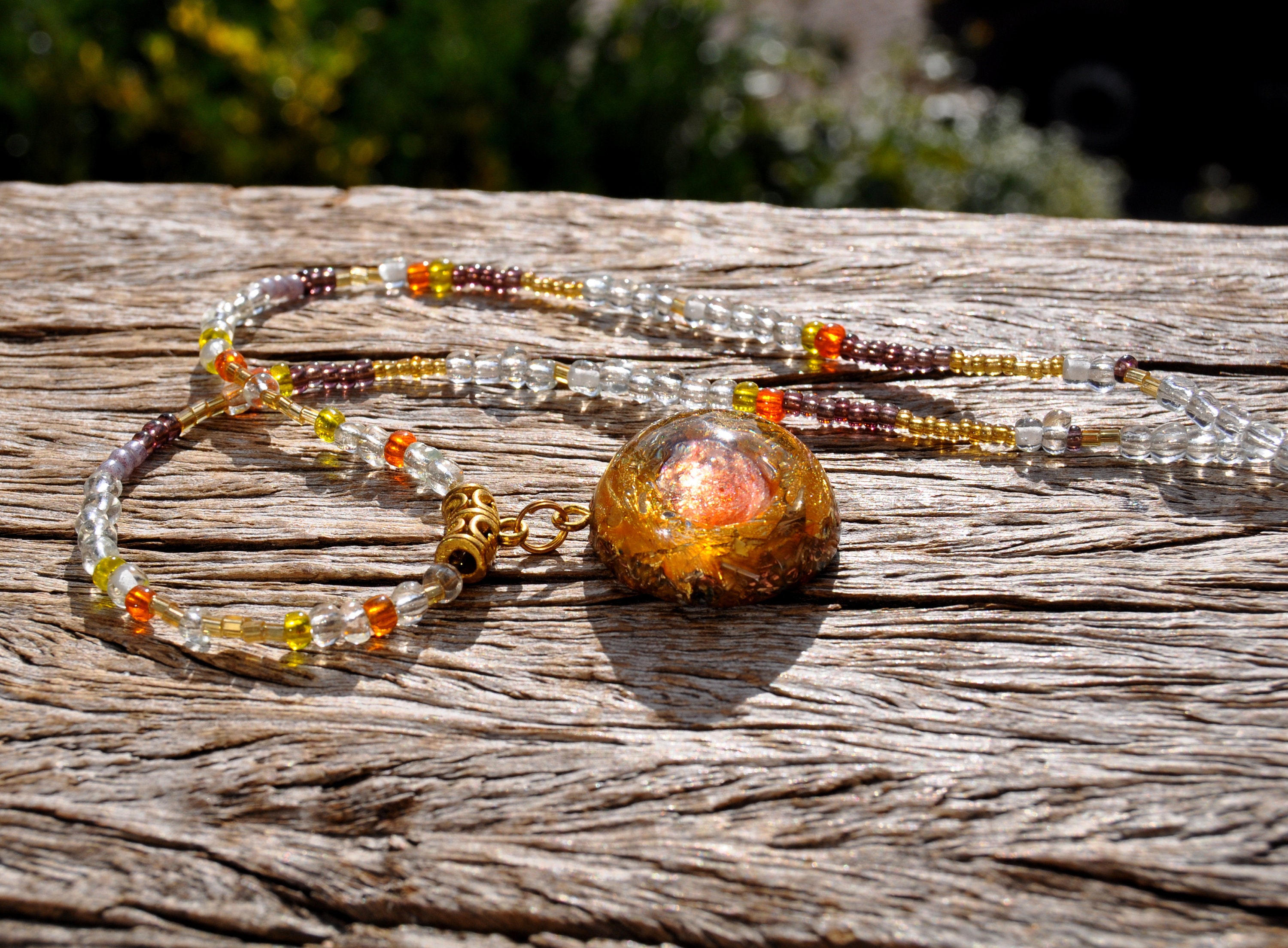 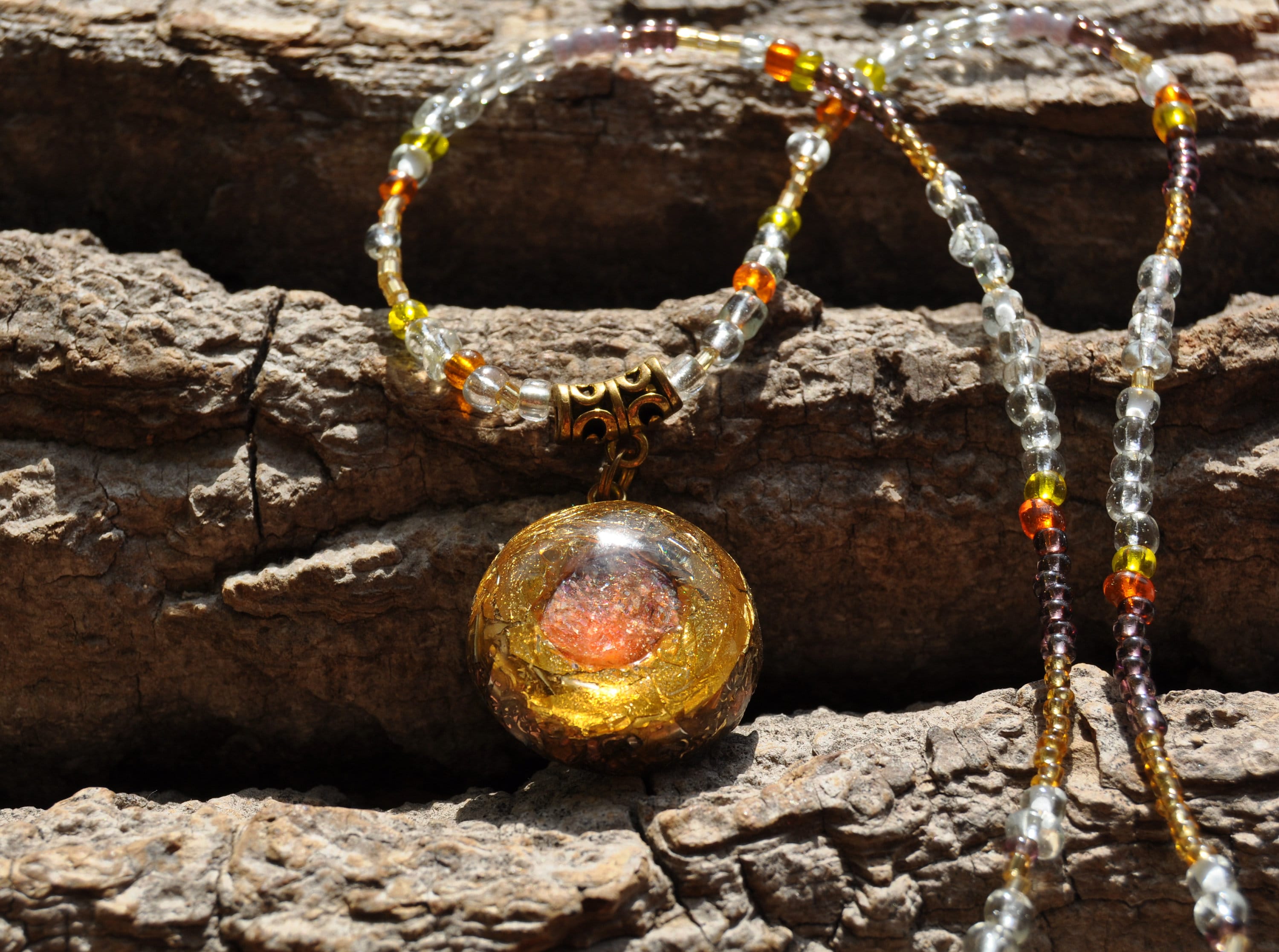 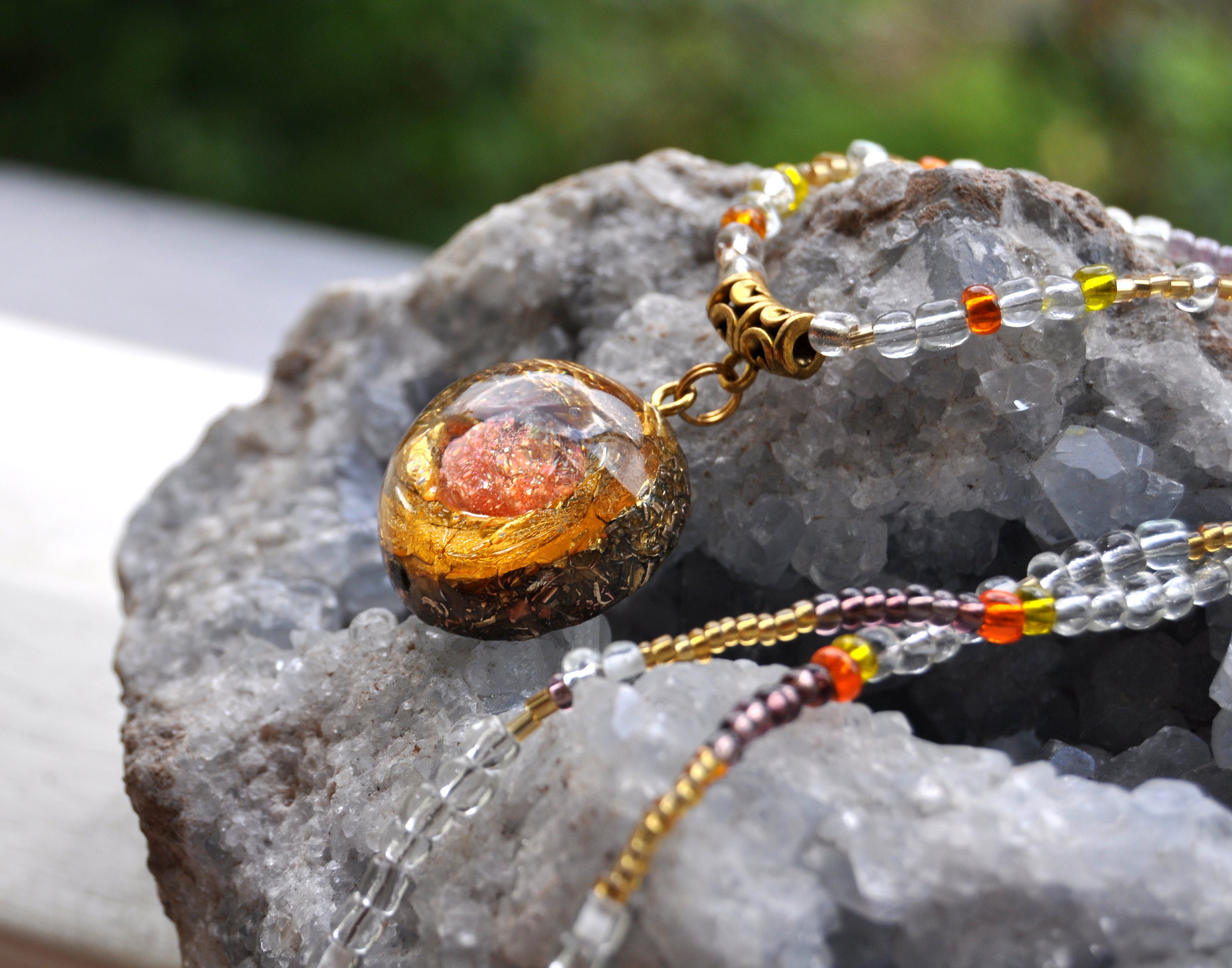 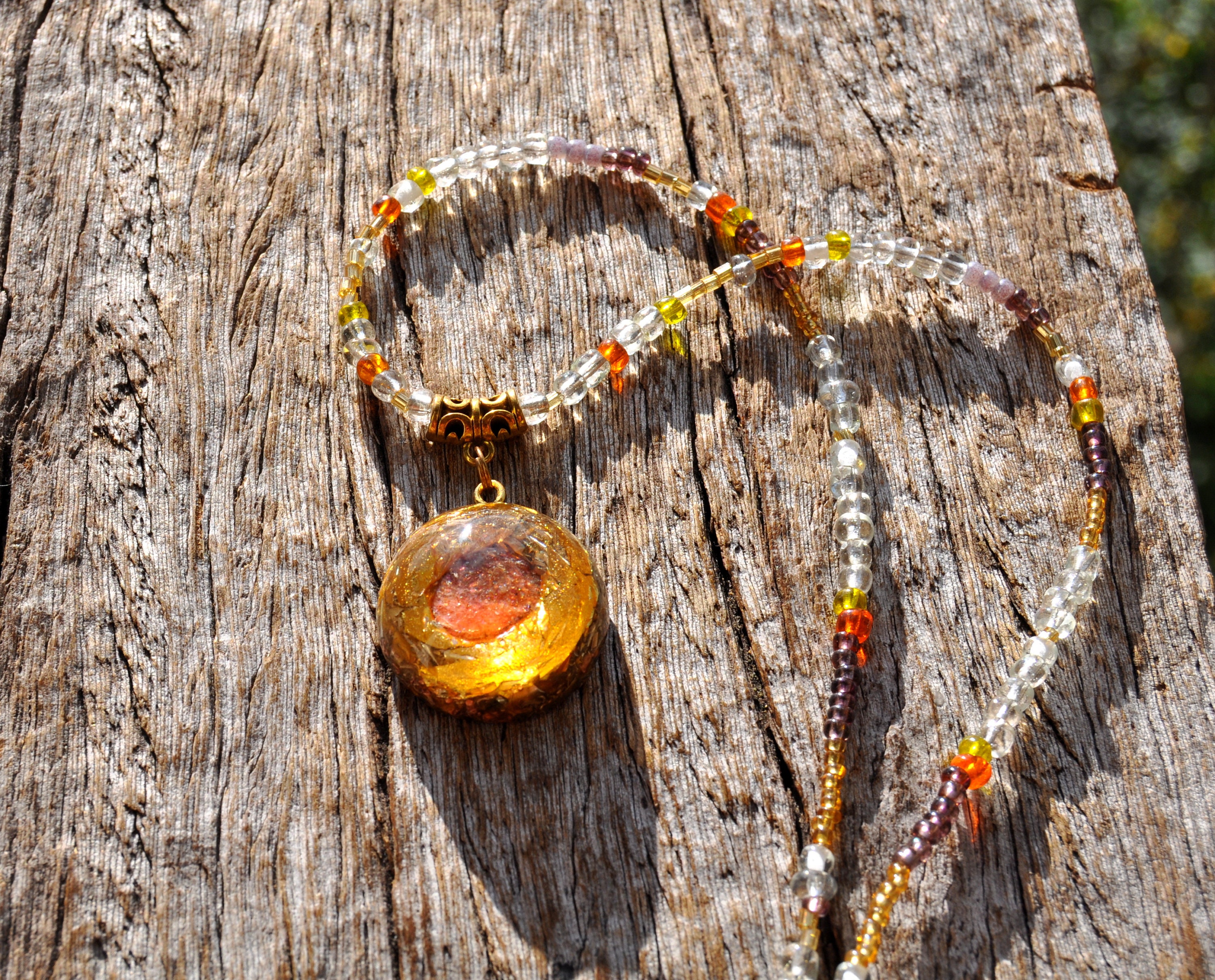 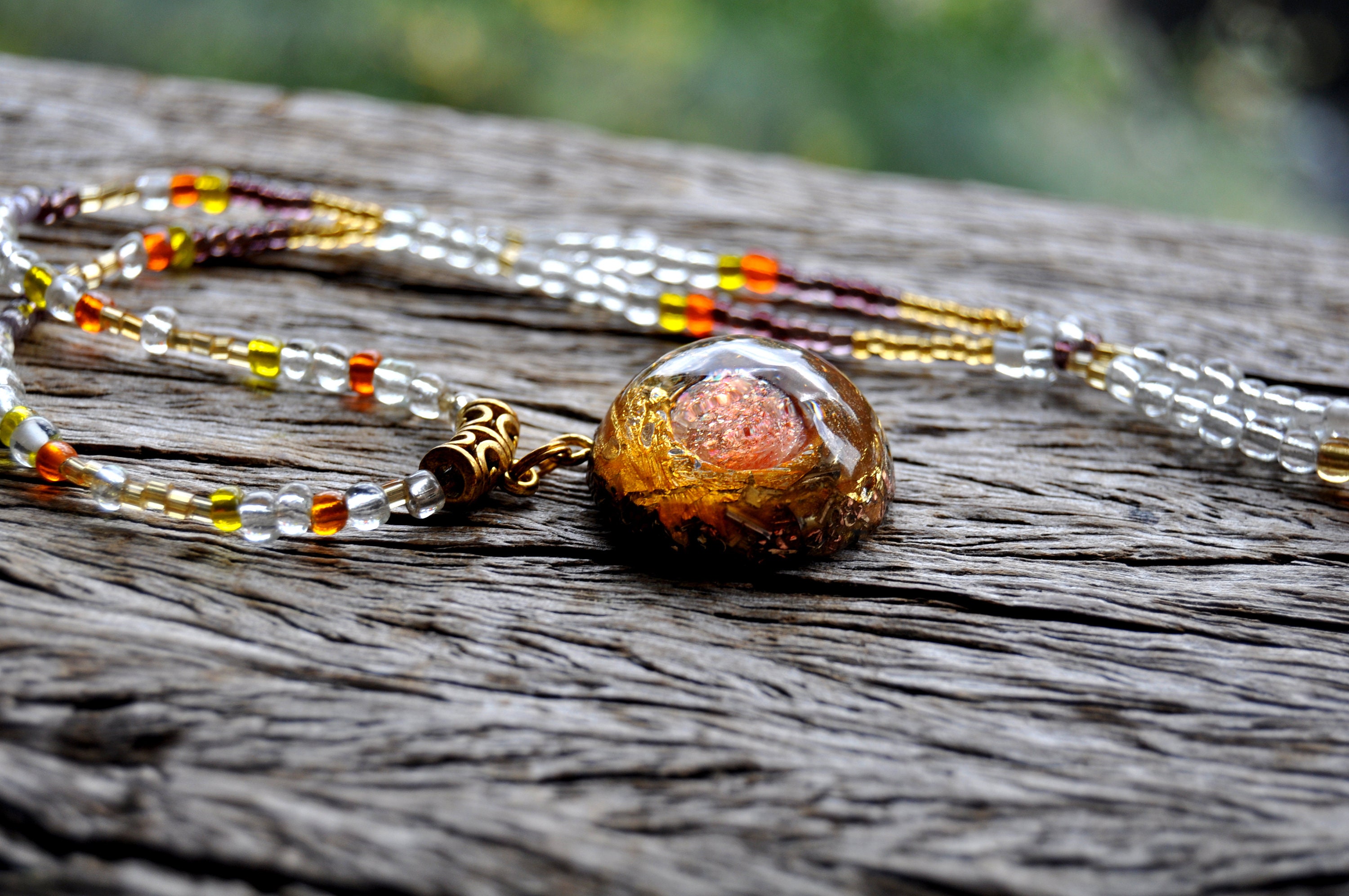 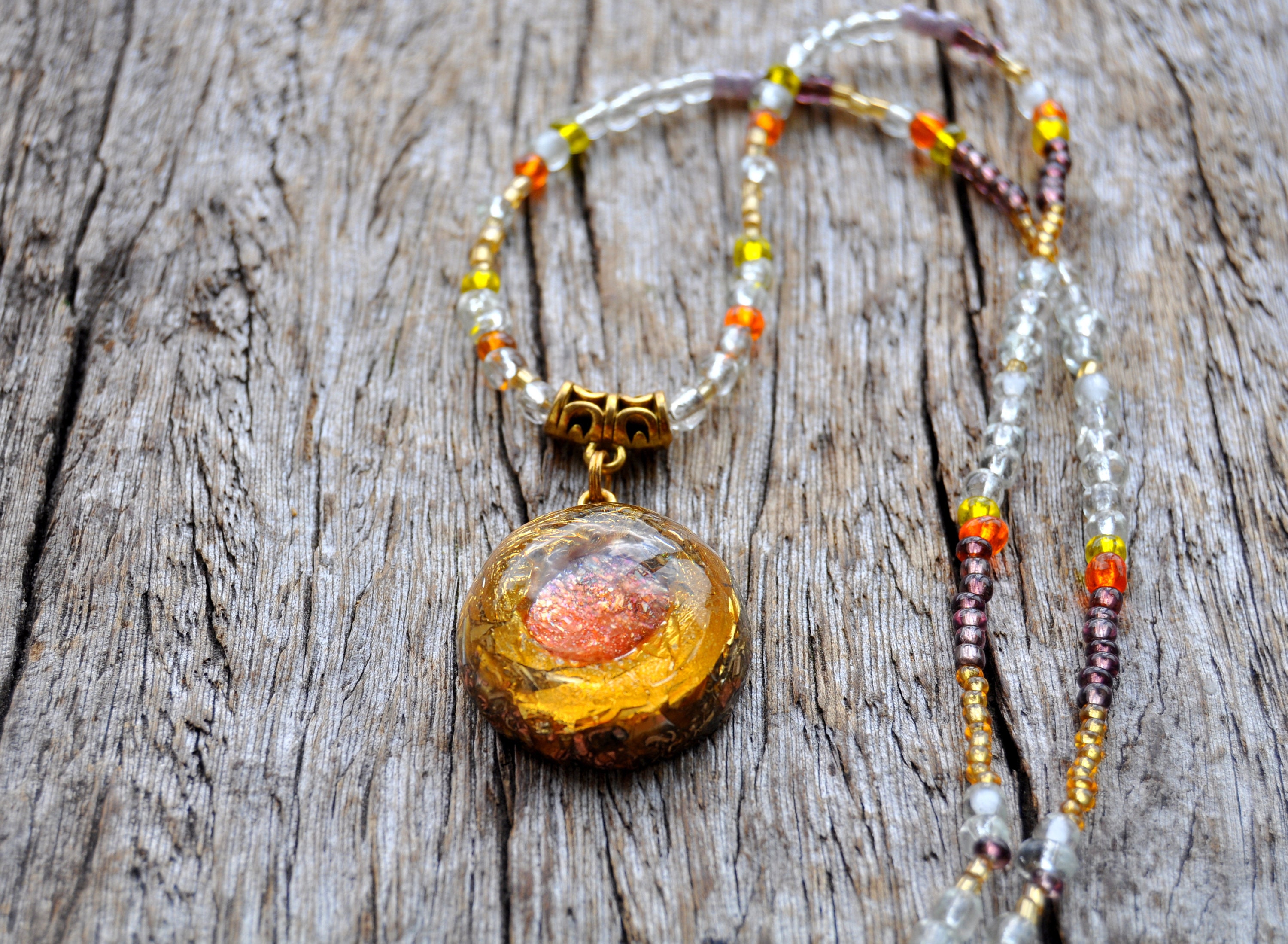 This lovely 2.7 cm / 1.1" in diameter orgonite pendant features a lovely polished Sunstone in the middle surrounded by 24K leaf Gold. It furthermore contains a base mix of black Tourmaline (for protection and grounding excess energy), Rhodizite (to amplify the other crystals), Elite Shungite ( emf protection), Selenite (to clean and charge the other crystals) and clear quartz (for piezo electric effect) all within a durable resin setting.

It comes on a 50 cm / 20 inches glass beaded necklace with lobster clasp closing.
You will get the necklace as shown in the pictures.