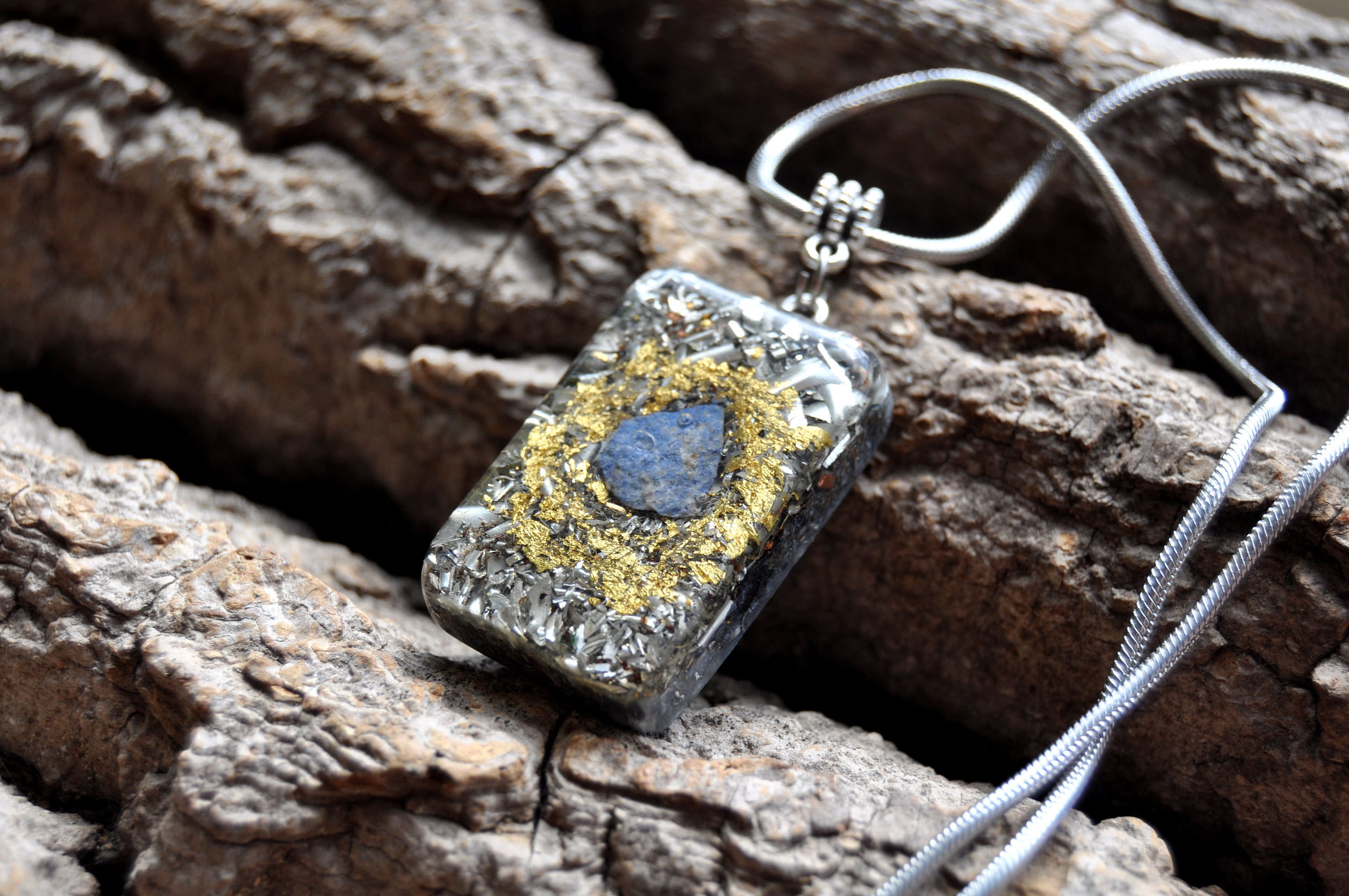 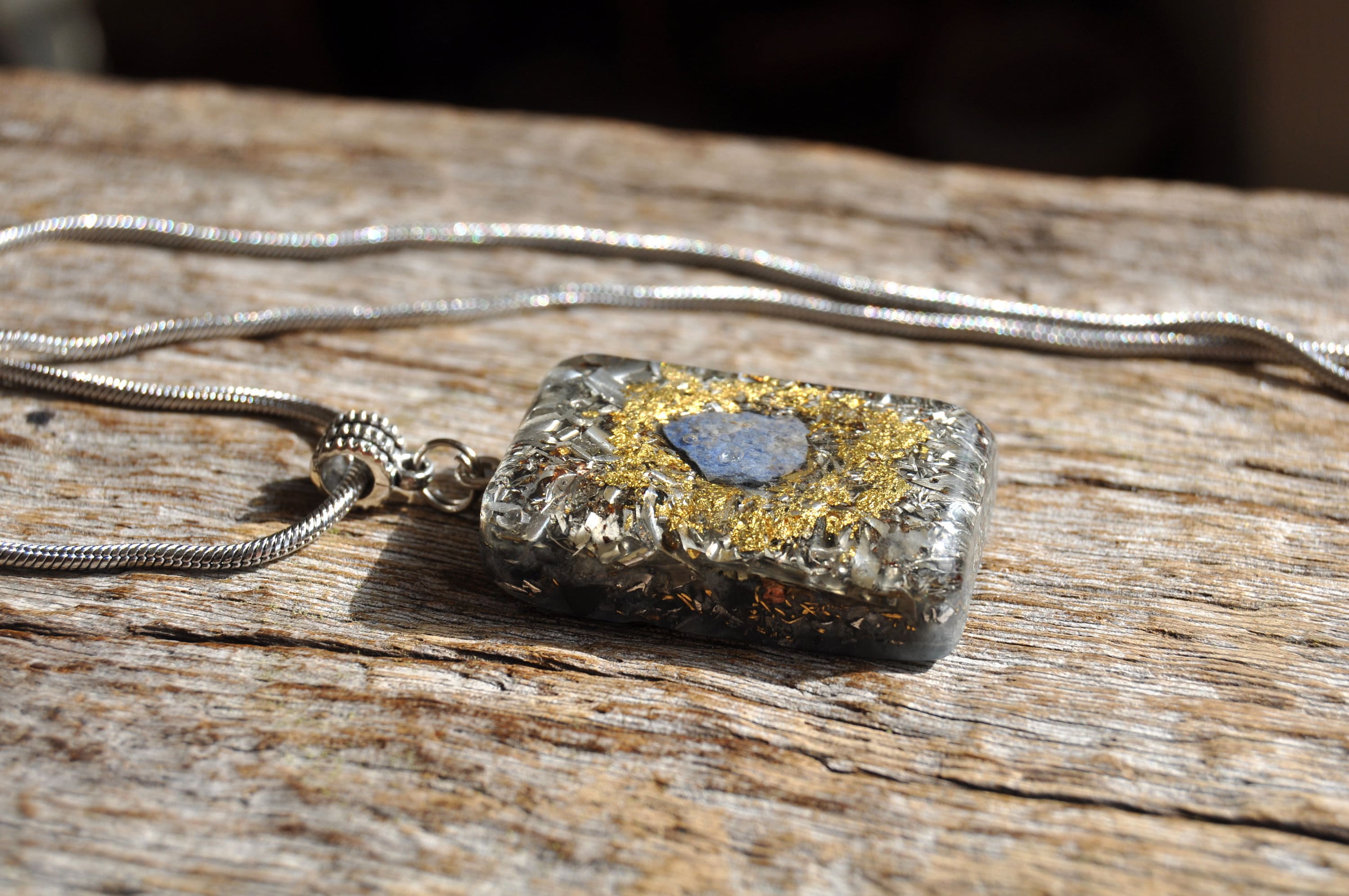 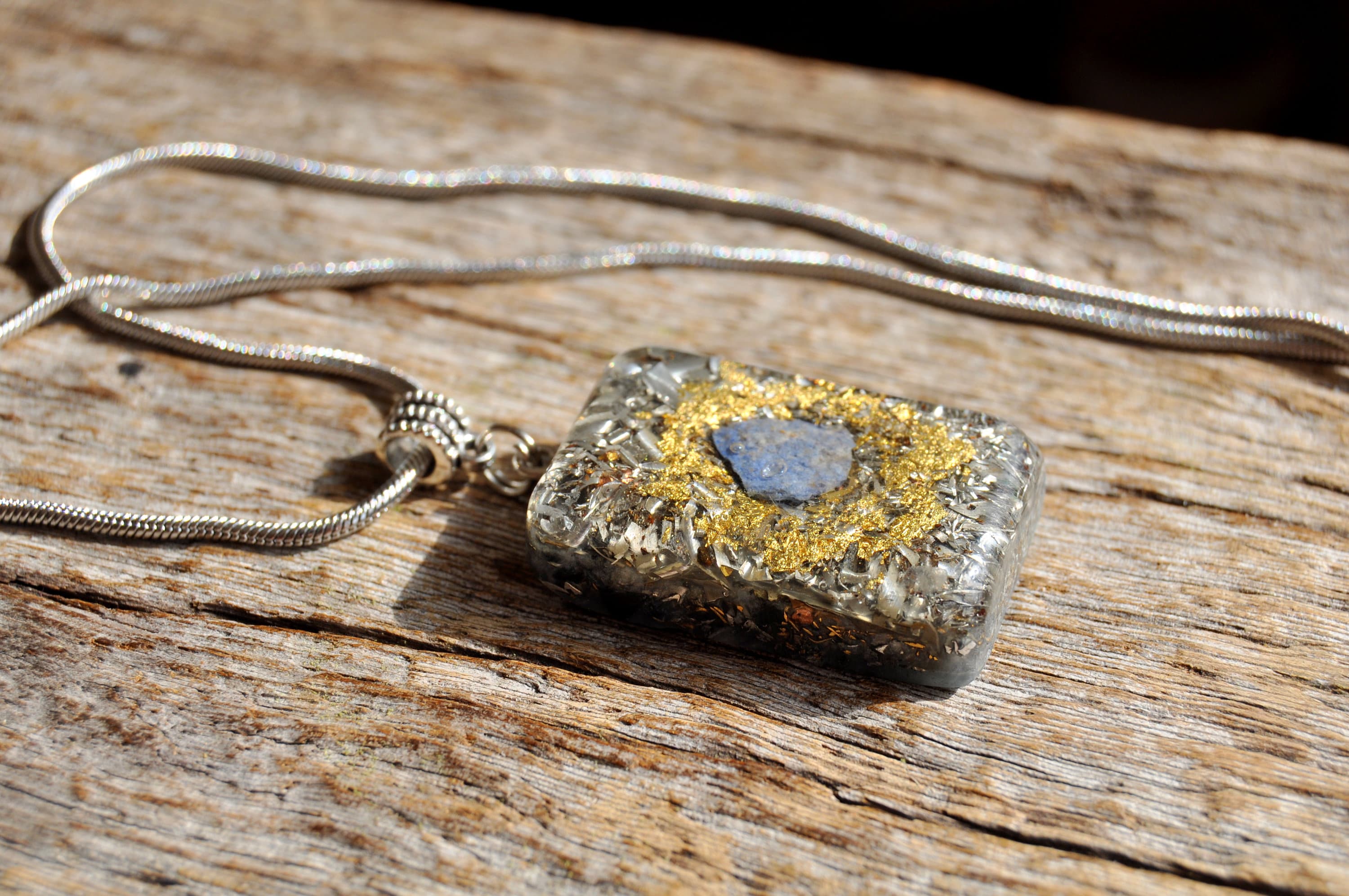 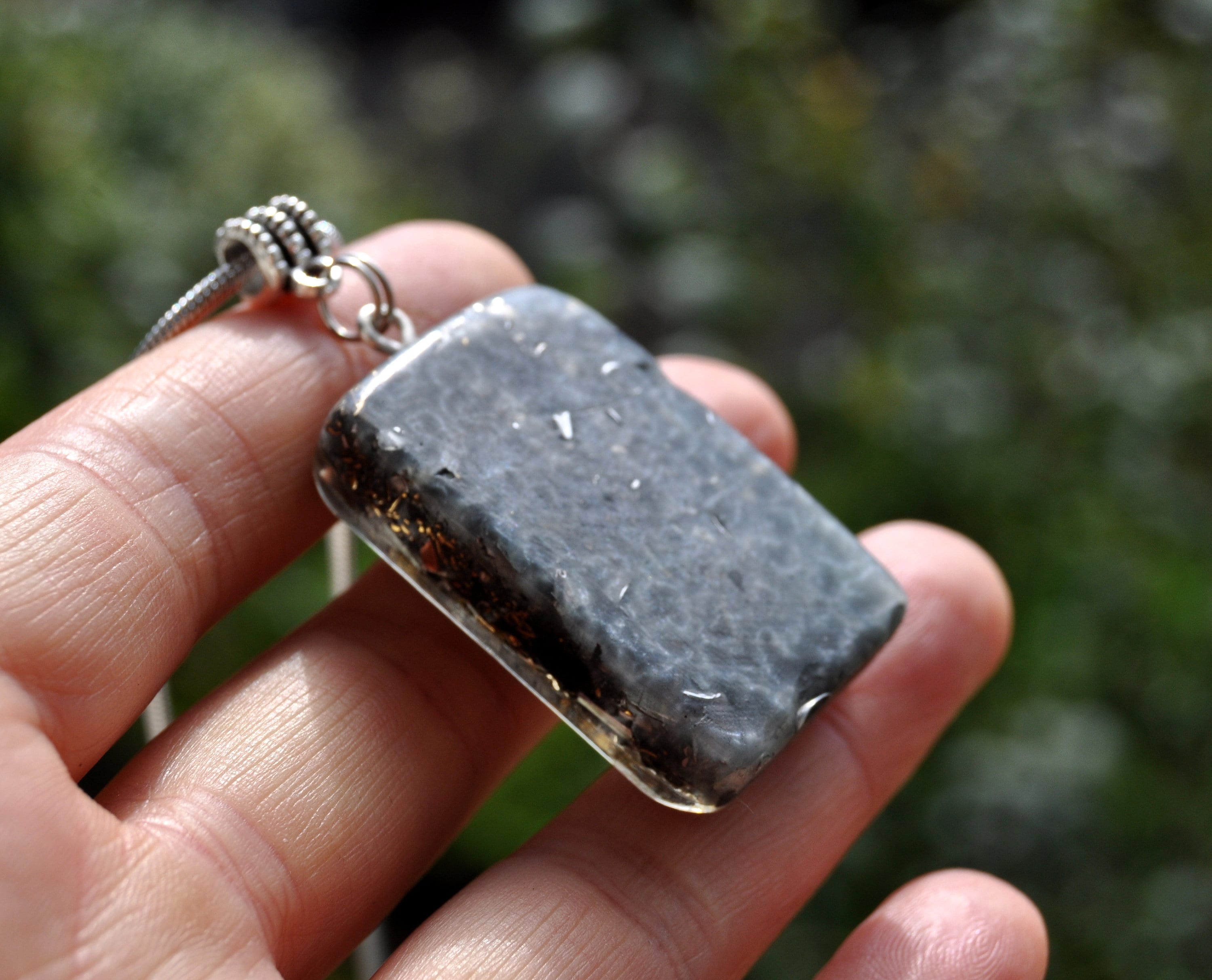 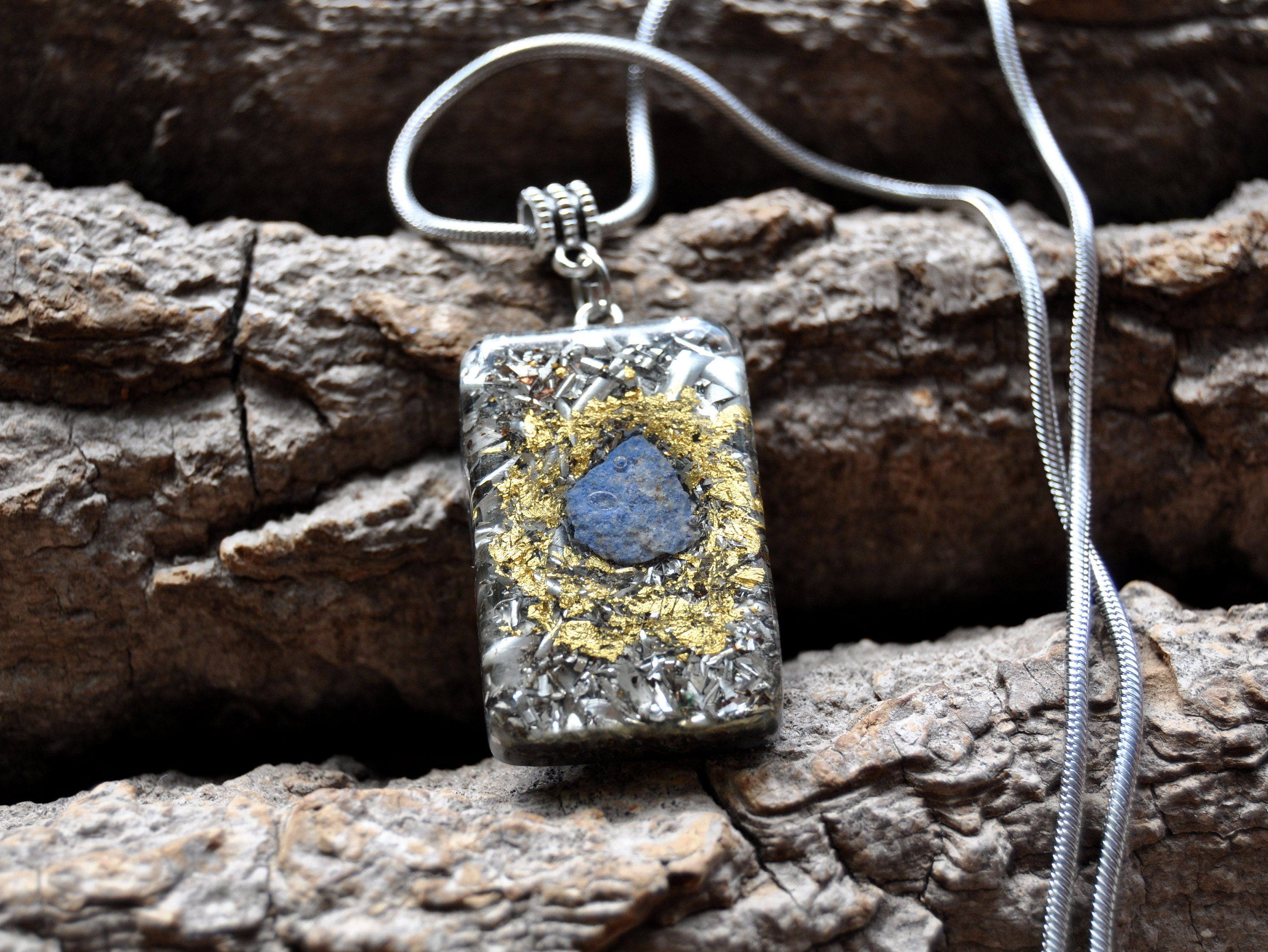 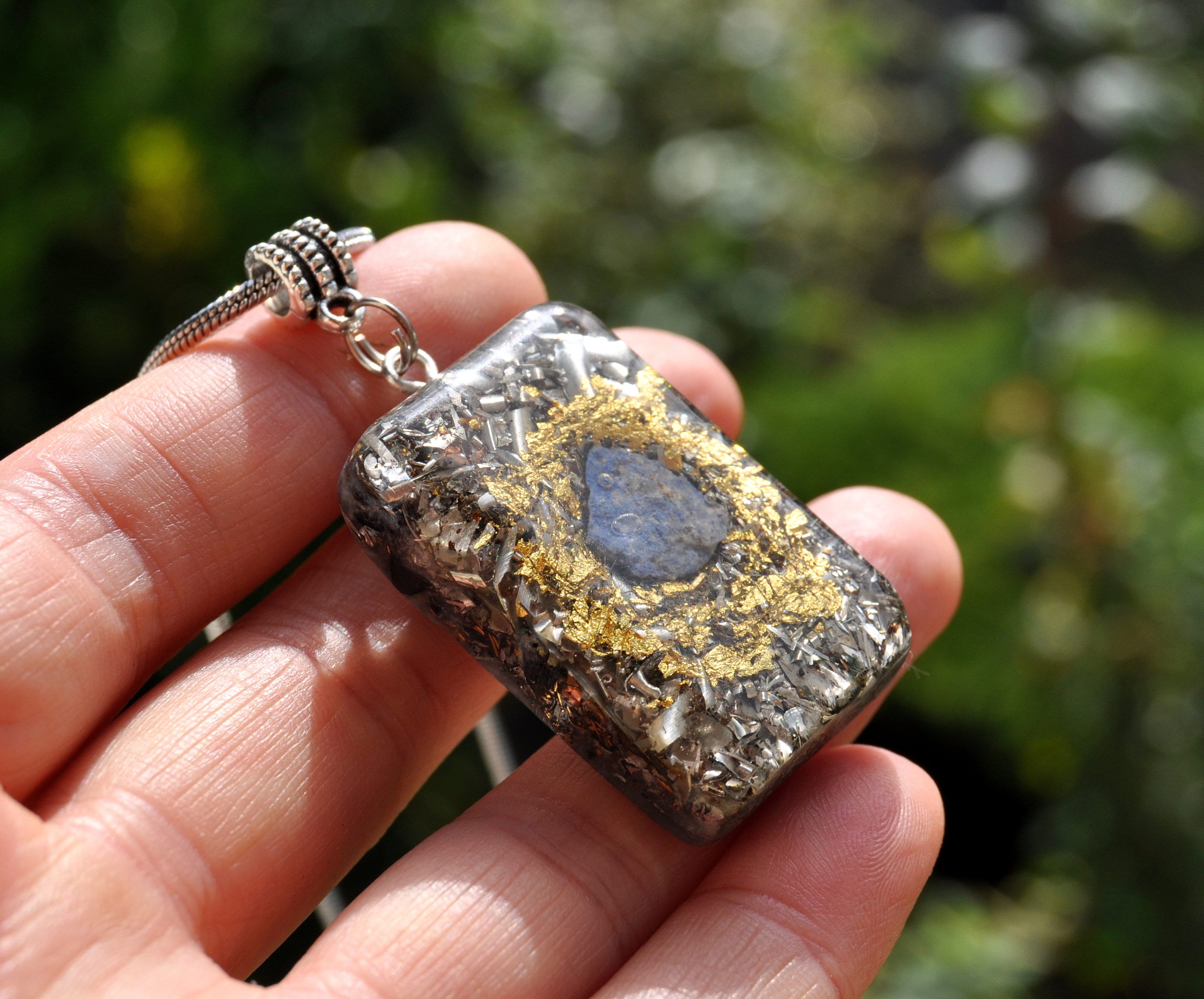 This unique Orgonite® pendant contains brass, bronze, aluminium, copper shavings and 24K leaf Gold. You will get the pendant as shown in the pictures.

Dumortierite is said to promote a positive attitude in all life situations, provides one with courage and trust during personal times of hardship, as well as helping to gain control and understanding in one’s own life.

Some appreciate Dumortierite for its ability to quell panic and fear. But most often, it is used for its incredible organizational abilities. Known to enhance one’s self-discipline, orderliness, and organization, as well as clearing the scattered mind.

The ability to do so in one’s life gives Dumortierite a great deal of positive energy for those dealing with addictions. Assisting one to recognize the negative patterns and erase them at a core level, encouraging one to see and accept reality, as well as react to it in an intelligent manner on one’s own behalf. By enhancing calm, inducing relaxation, and a feeling of harmony, Dumortierite aids in making troublesome daily tasks more manageable.

This enhancement is believed to be due to the effect that Dumortierite may have on balancing the Throat Chakra and thus enhancing communication between lower chakras/physical energies and the higher chakras/mental/spiritual energies, creating a more balanced and organized life.

It comes on an It comes on a 54 cm / 22 inches stainless steel necklace with lobster clasp closing.