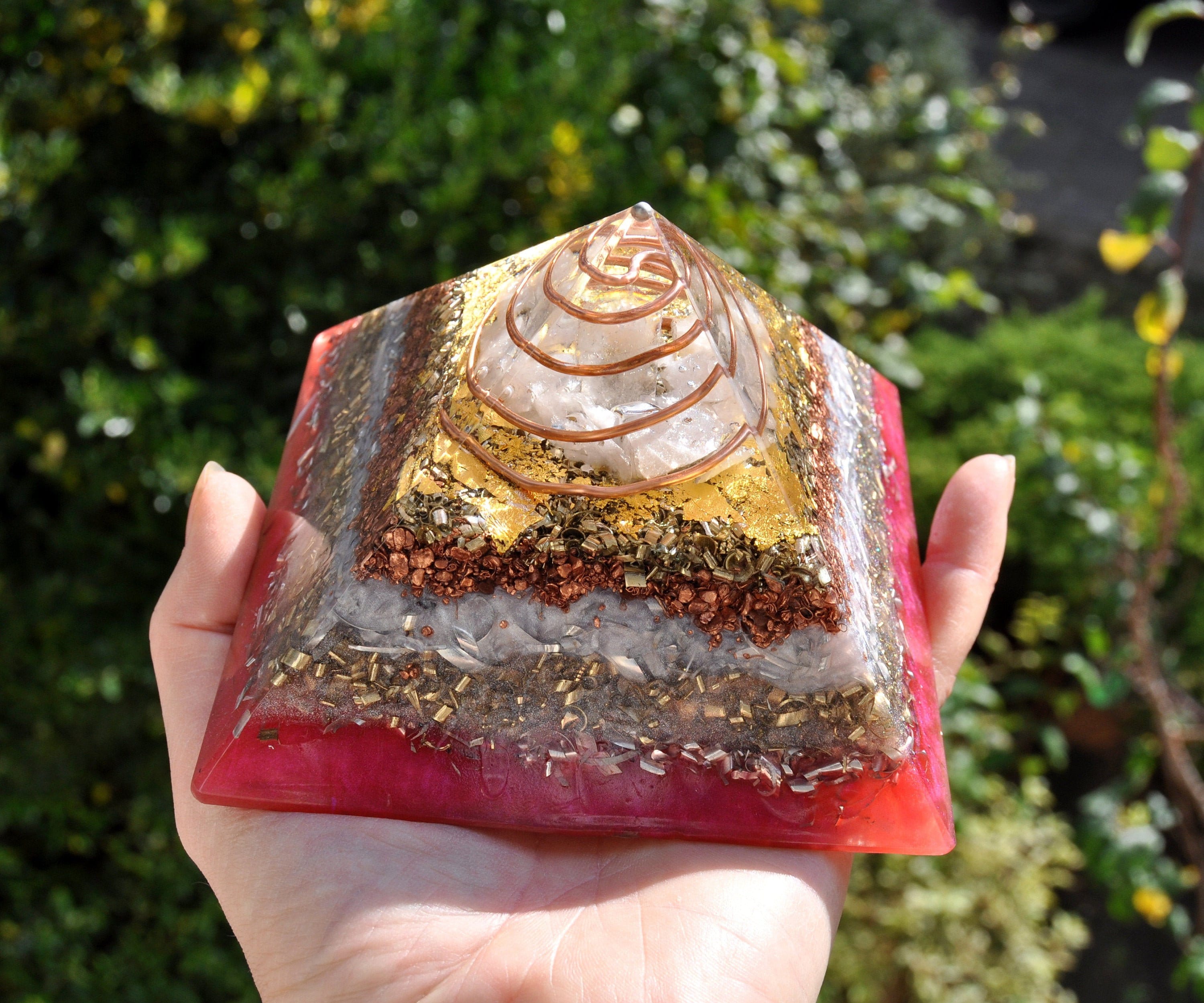 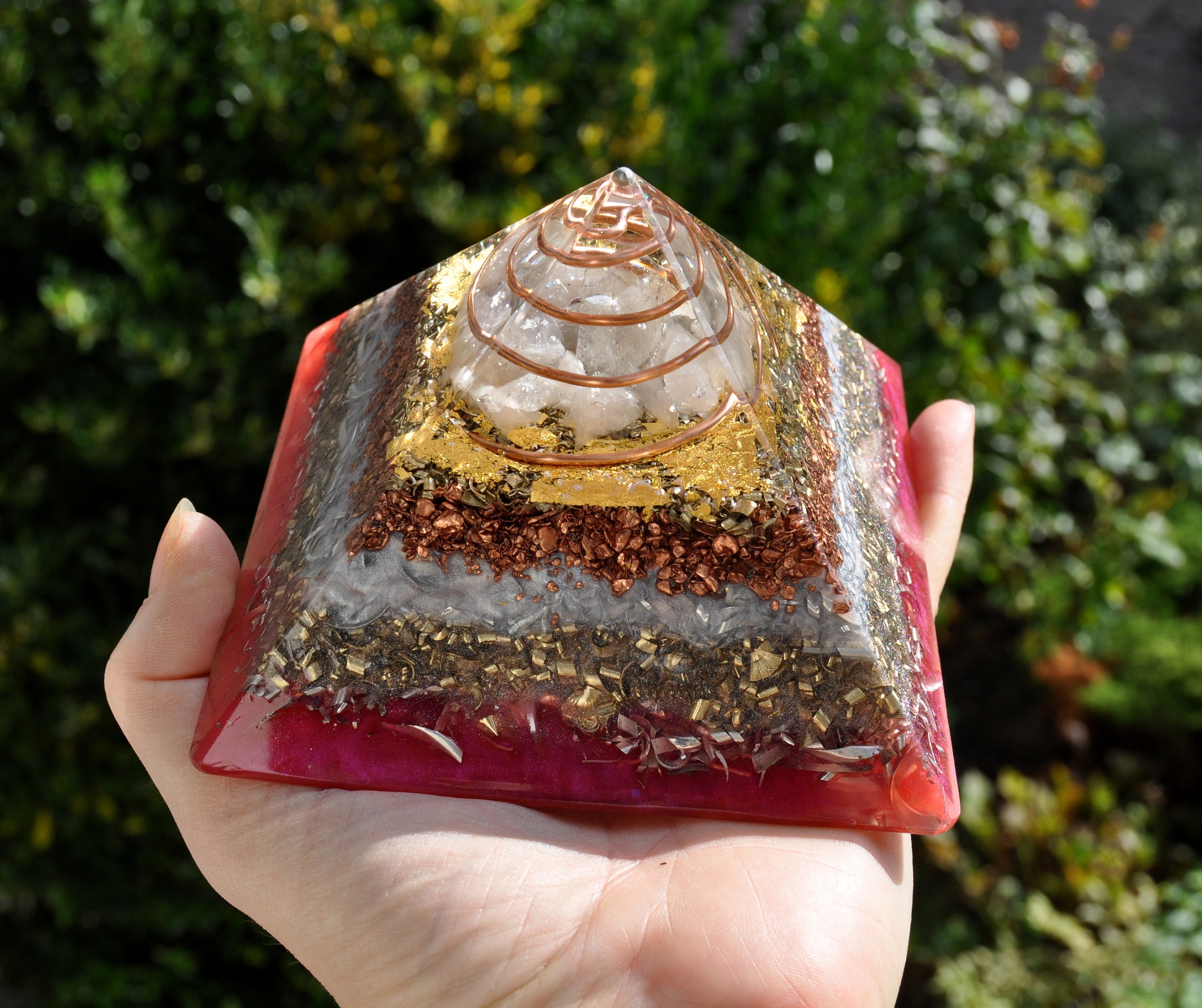 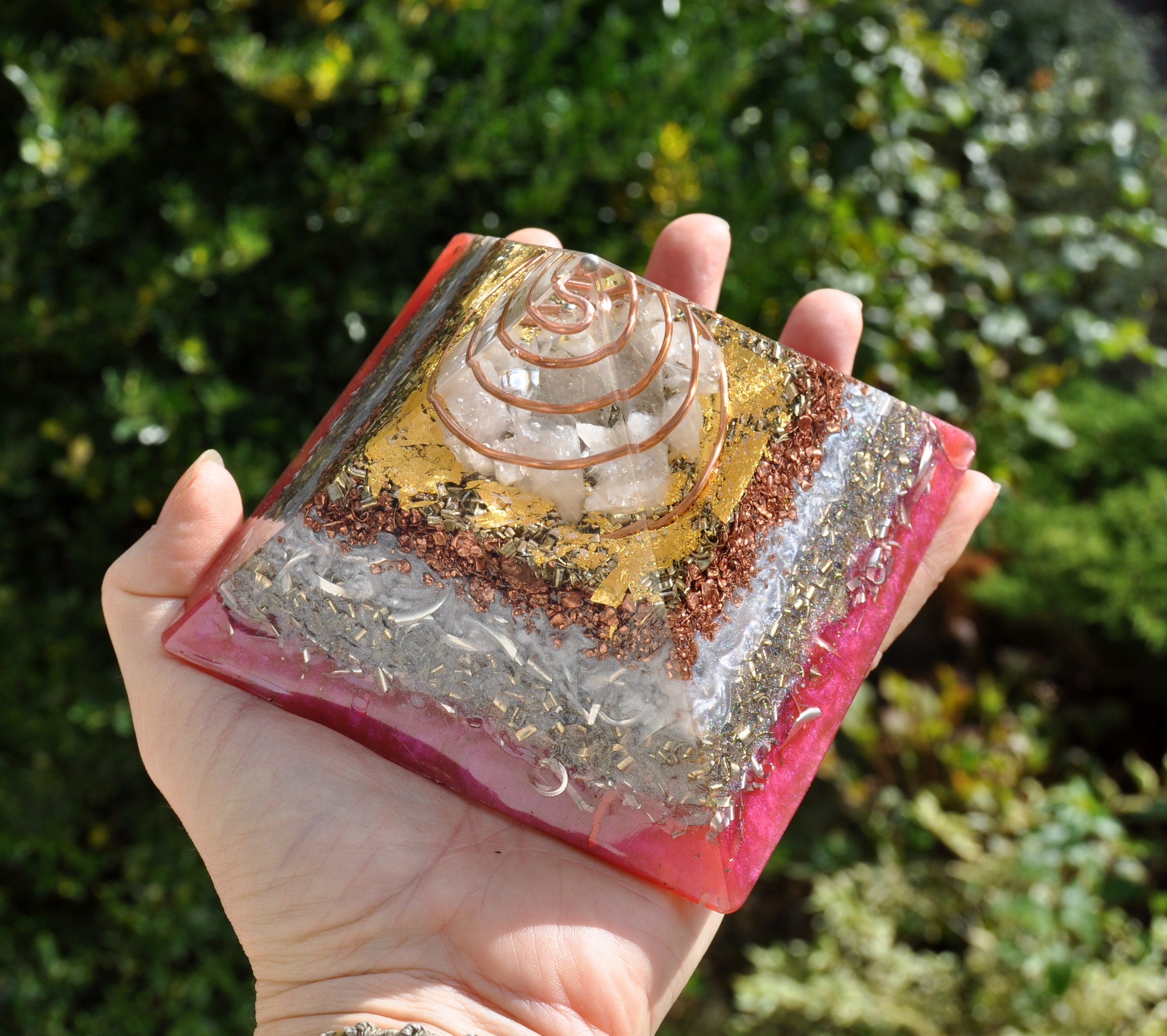 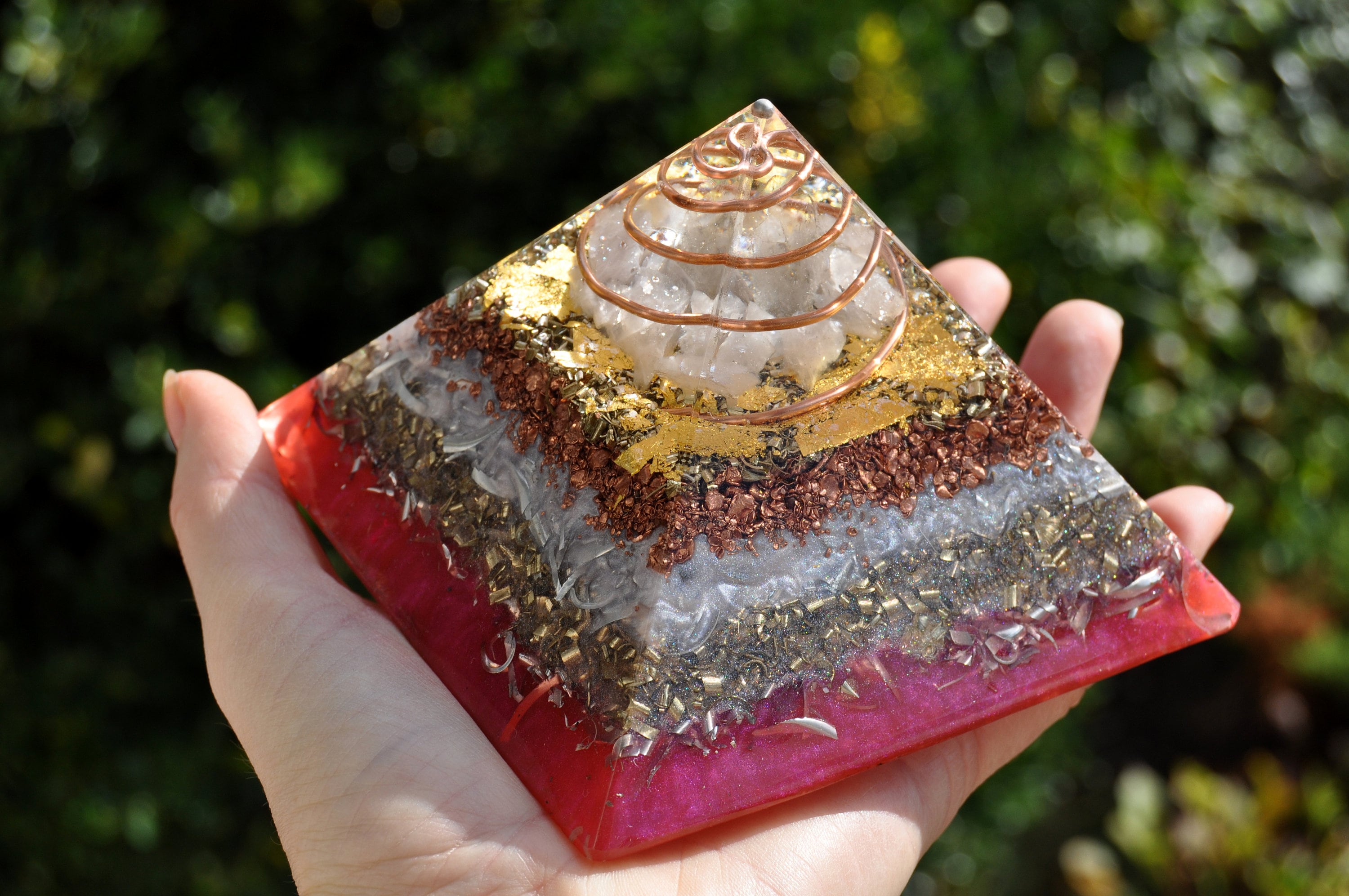 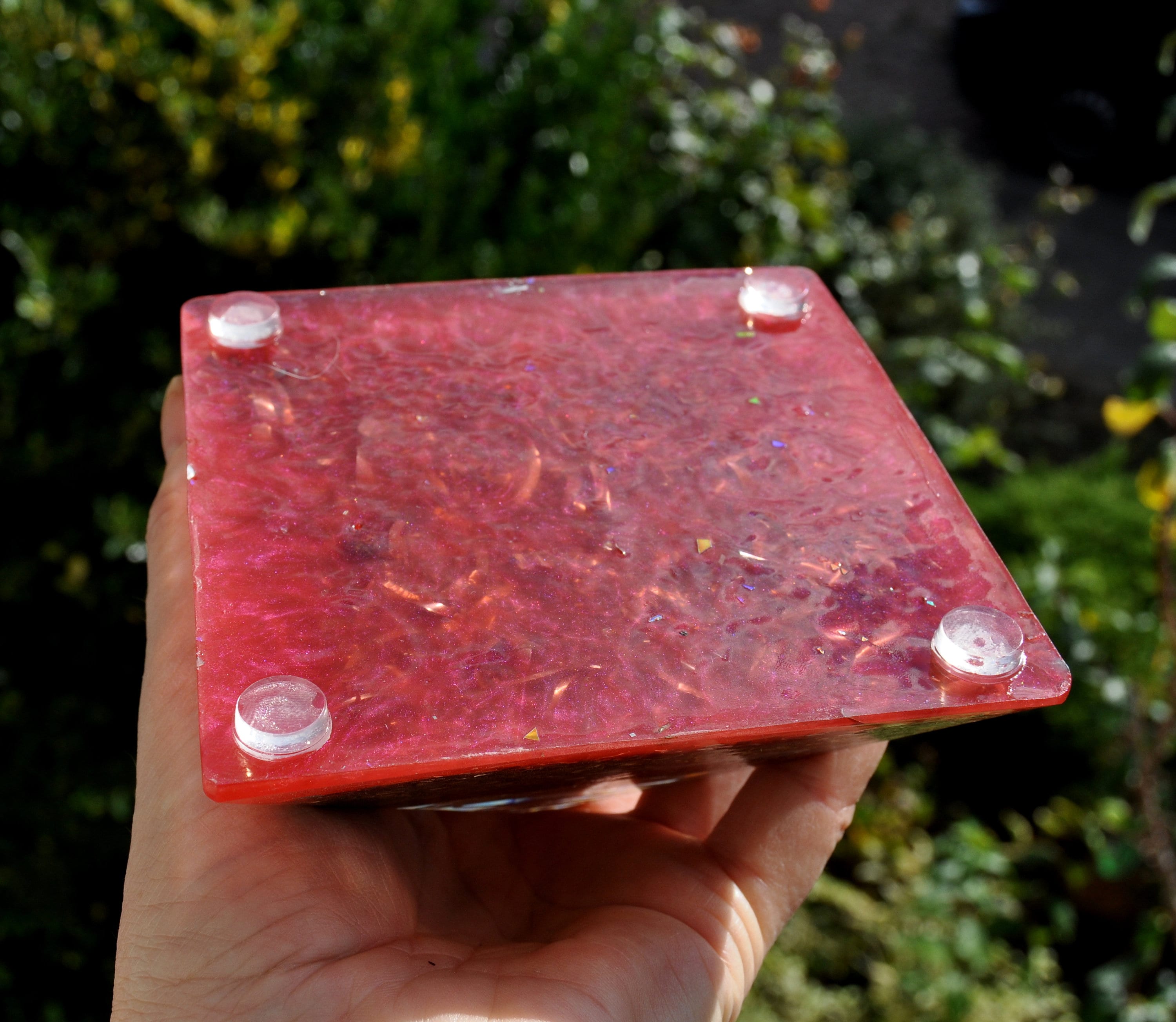 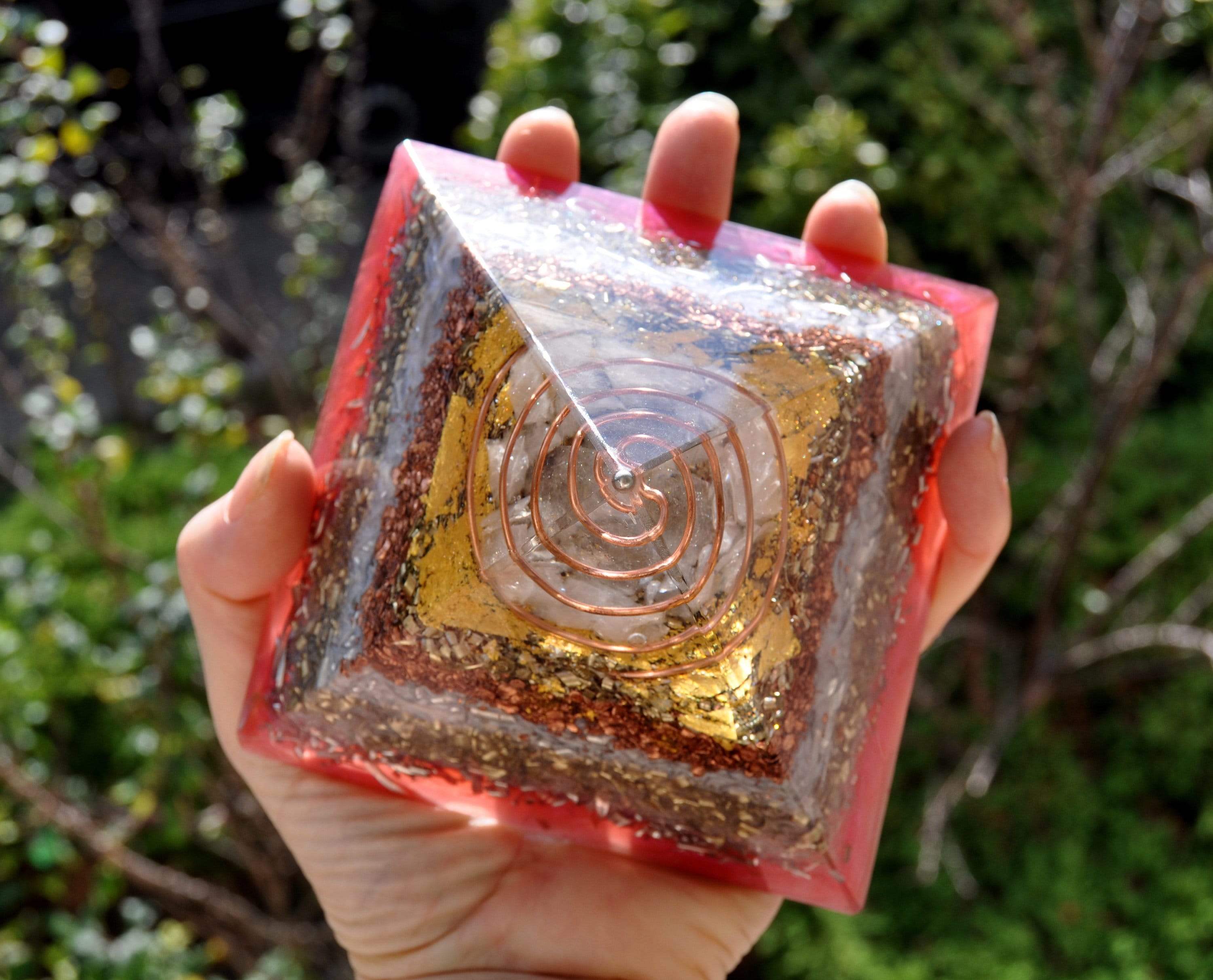 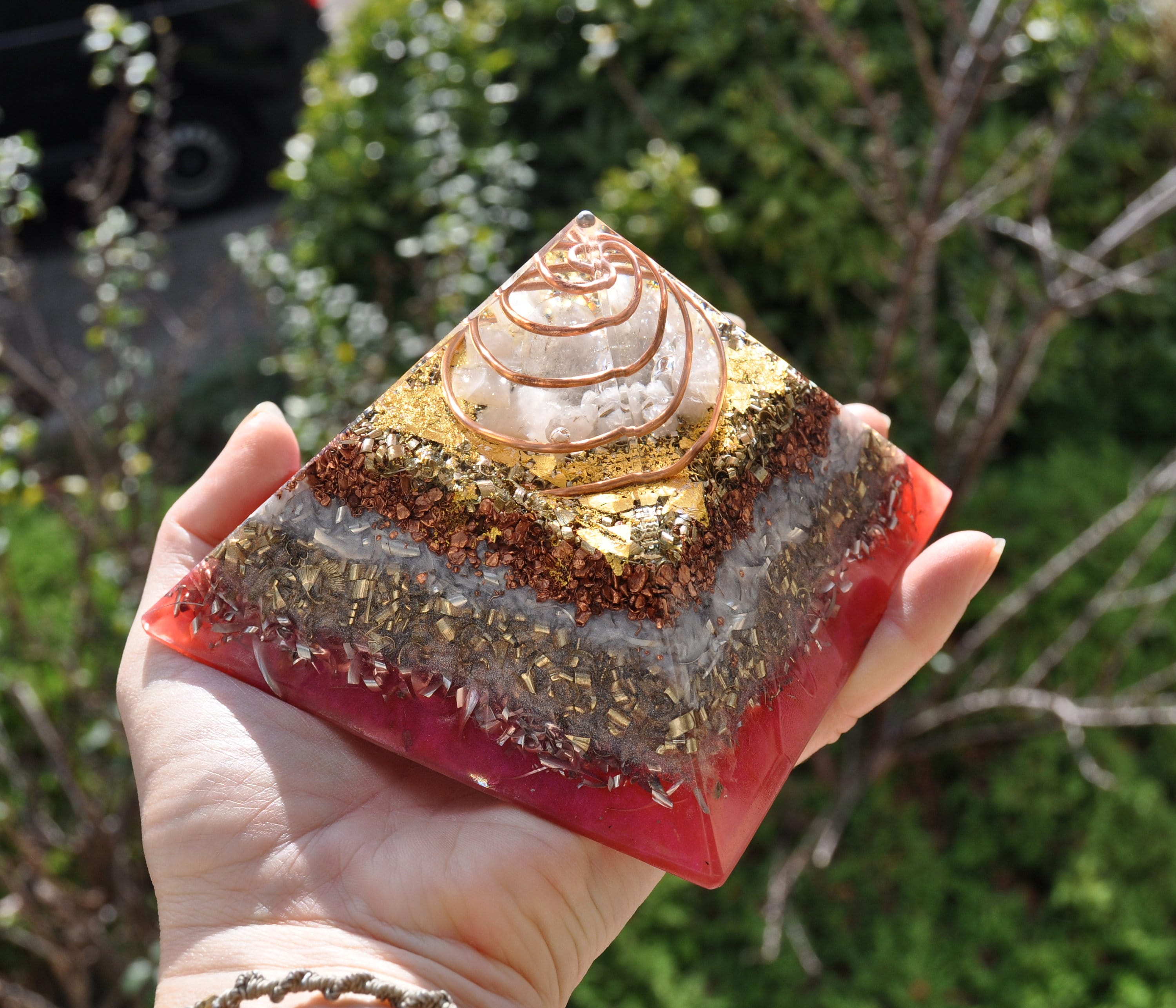 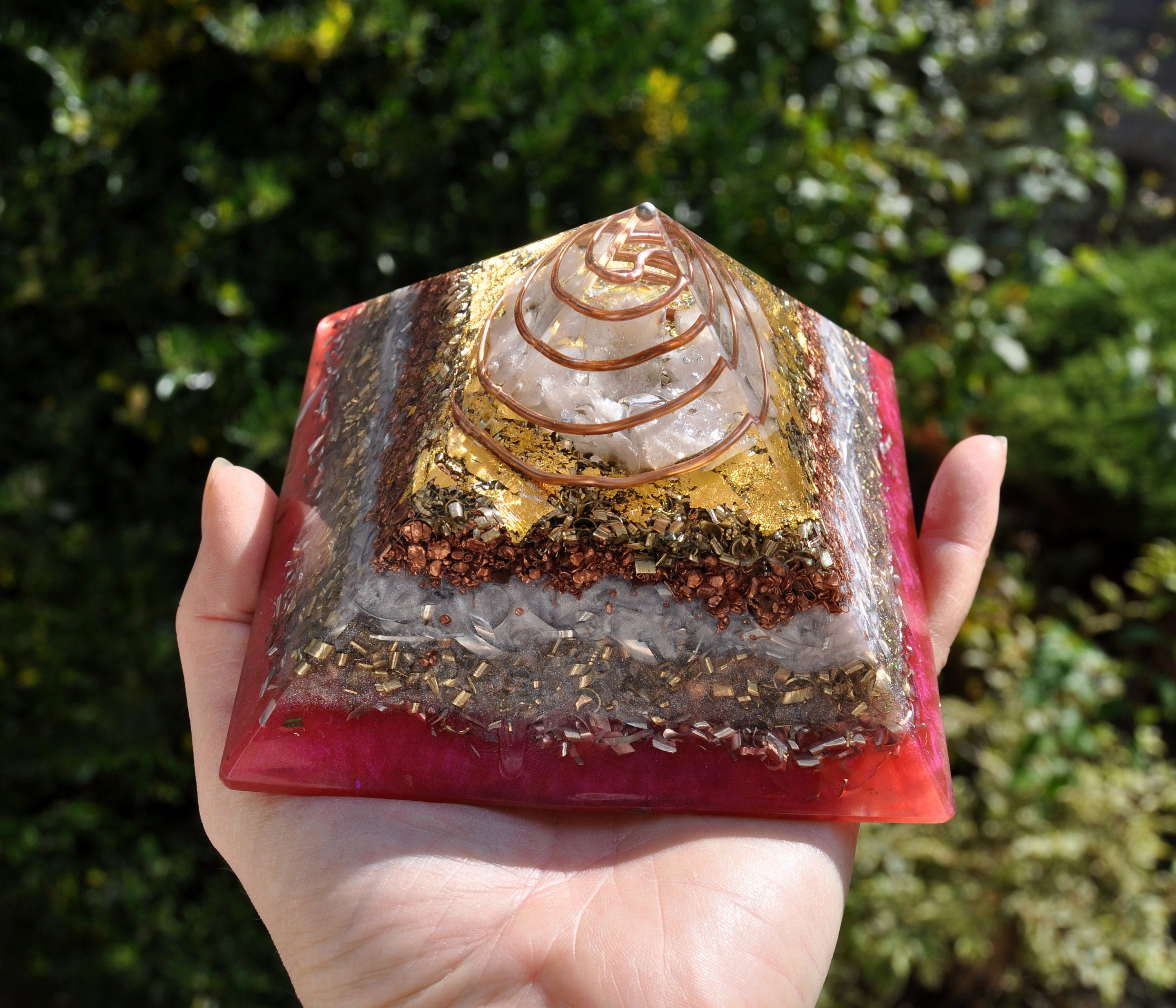 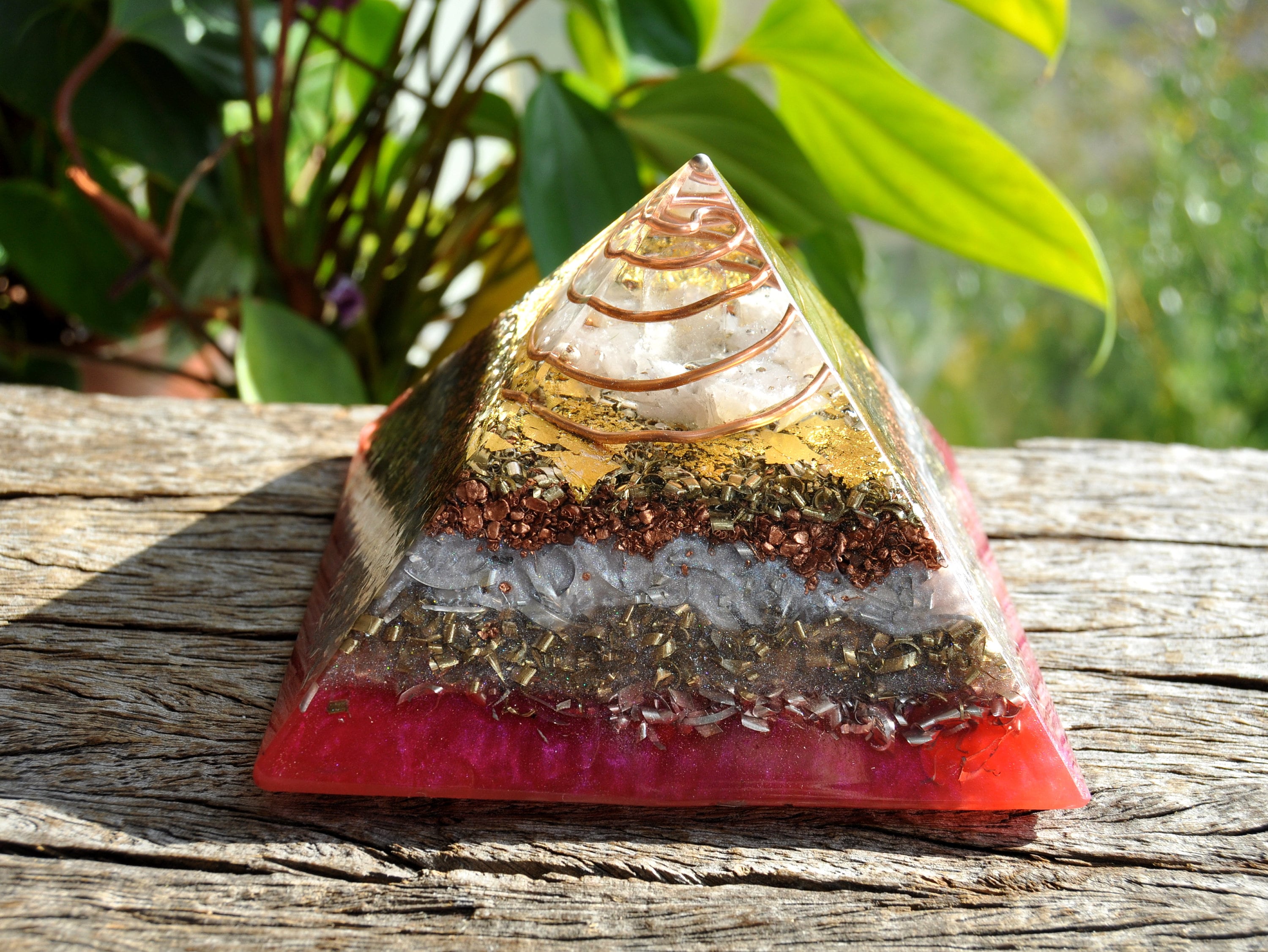 In the top you can see raw blue Apatite crystals surrounded by 24k leaf Gold.

Weight is 577 grams / 20.35 ounces. It has the same proportions as the Original Giza Pyramid in Cheops Egypt.