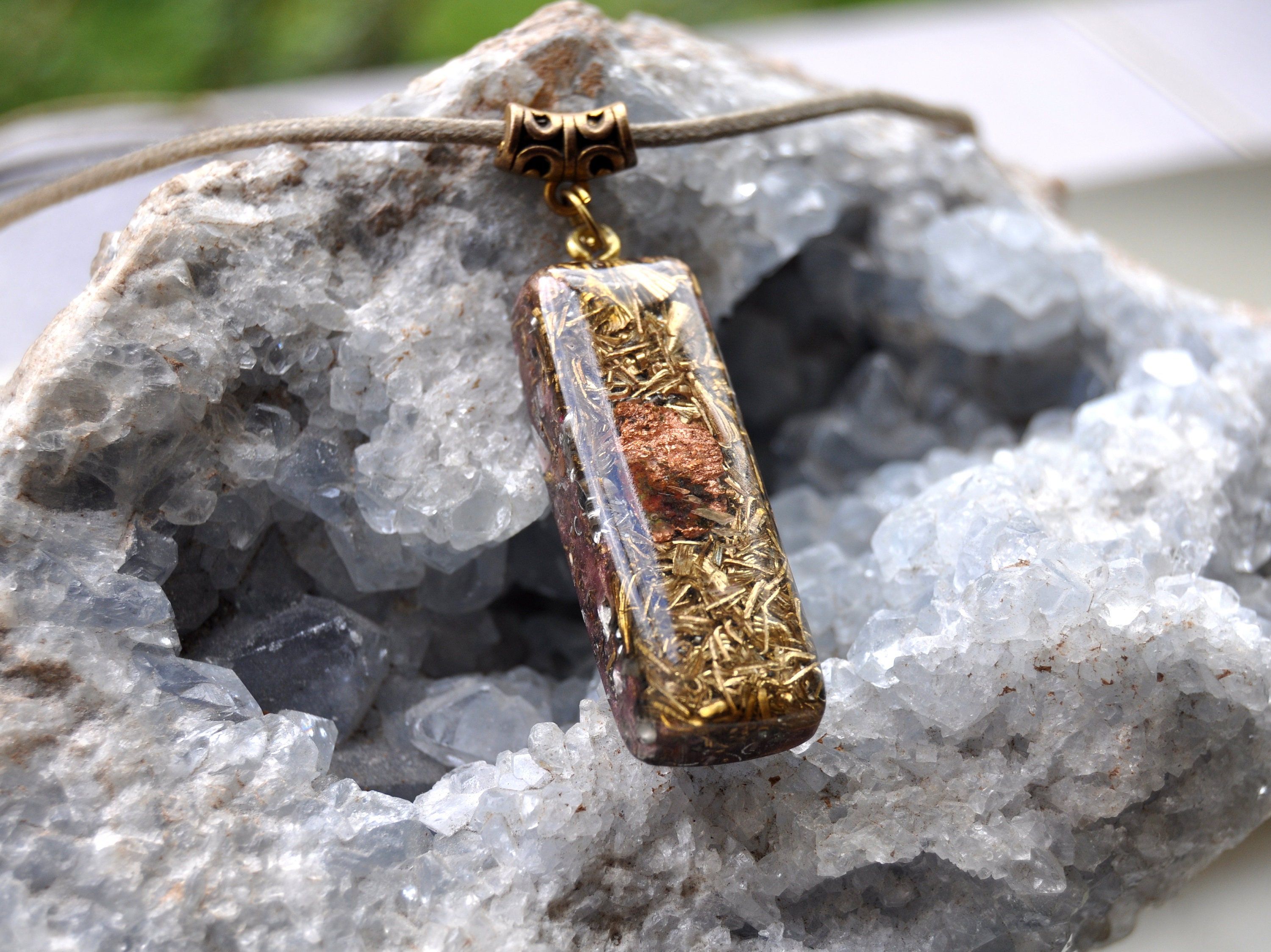 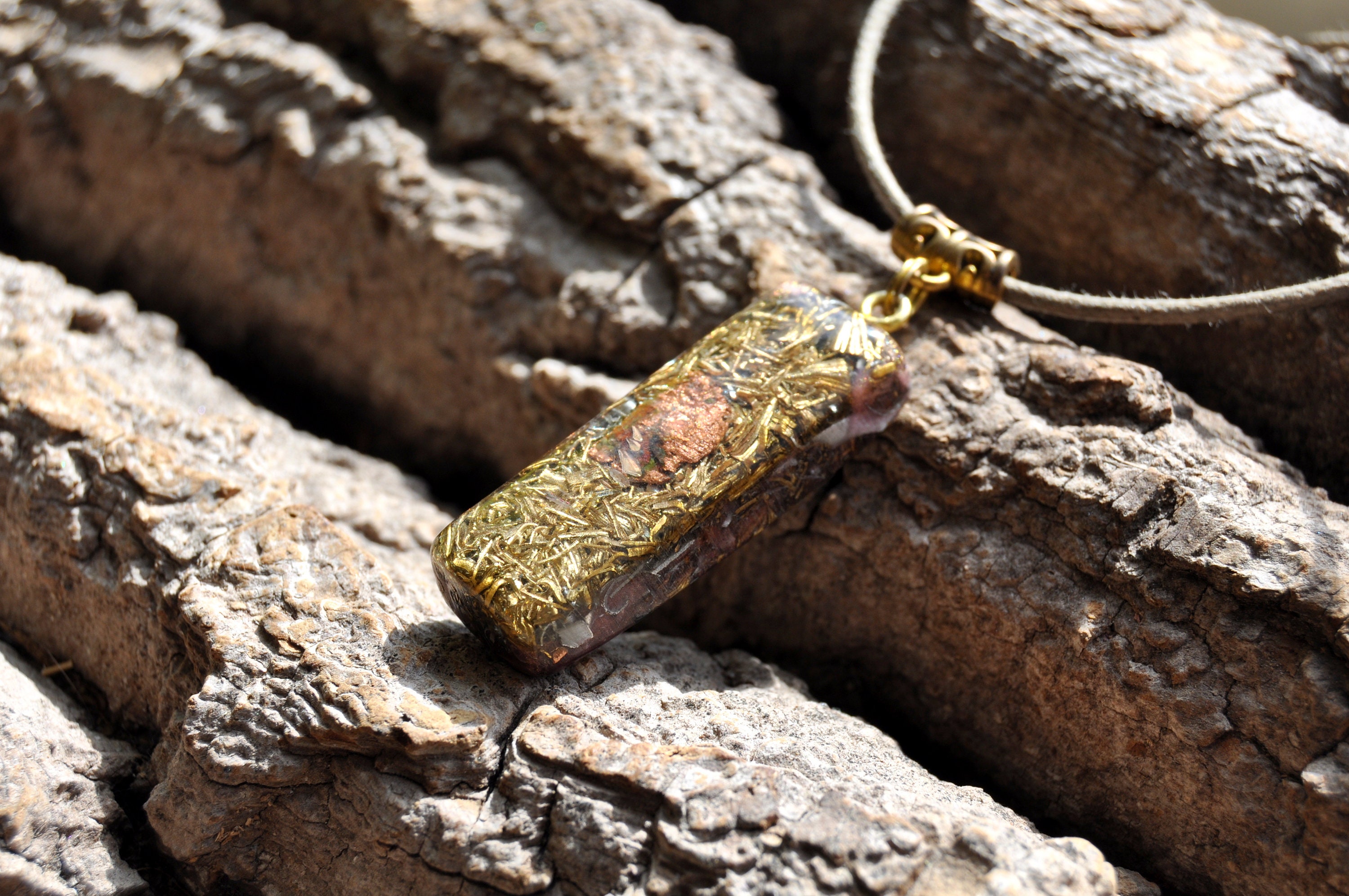 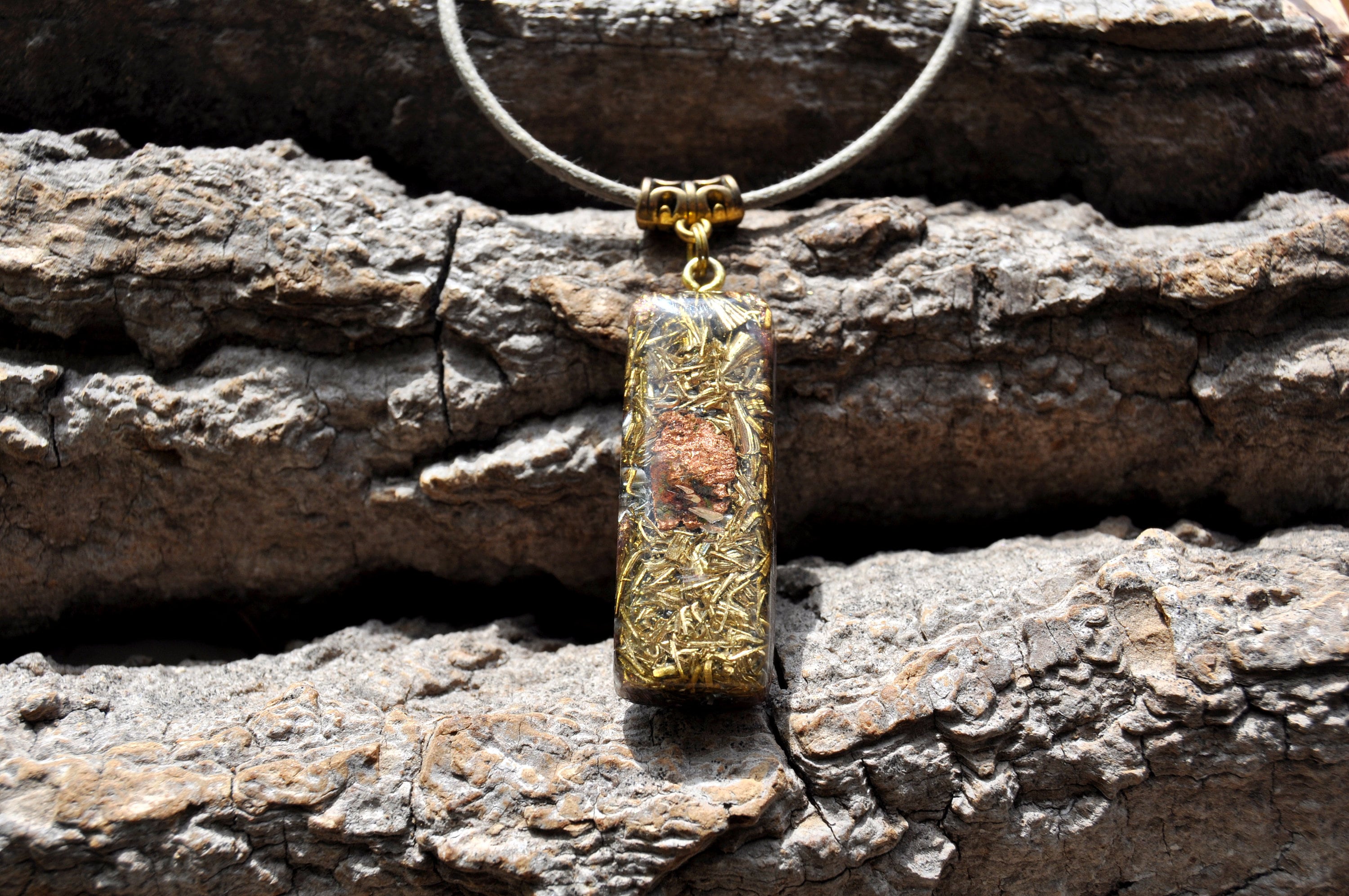 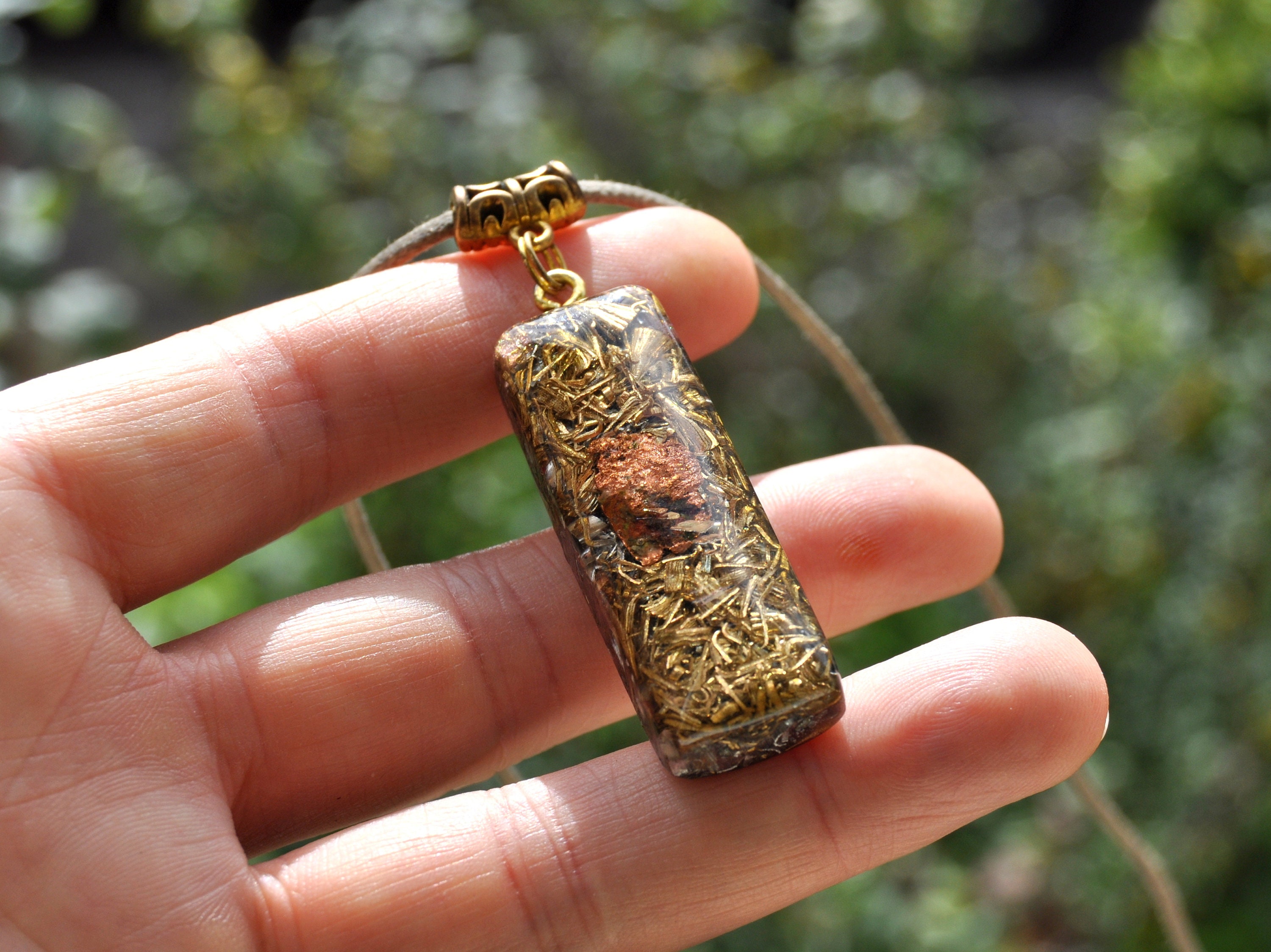 This unique Orgonite® pendant contains aluminium, brass , aluminium, bronze and copper shavings. The main stone is natural untreated crystallized native Copper which you can see in the front, Rhodizite (for amplifying the other stones), Elite Shungite (protection), Pyrite powder (to increase the overall power of the piece), Selenite pieces (keeps the energy fresh and cleanses and recharges the other crystals), black Tourmaline (protection) and a small terminated clear Quartz point (for piezo electric effect) all within a durable resin setting.

Native copper gains its structure and many of its properties from metallic bonds. When metal atoms bond together into a crystal the valence electrons become delocalized and are free to roam throughout the lattice. The attraction of the positively charged atoms for the surrounding electrons bonds the atoms into an ordered structure.

The positive ions surrounded by the negatively charged electron resevoir retain an almost perfectly spherical shape. In a pure metal, these atoms are all of one element and are therefore all of the same atomic radius. Because the atoms are spherical, equally sized, equally charged, and surrounded by negative, delocalized electrons they pack closely together to form a dense and very ordered crystalline structure. Metals tend to be dense and to have a high degree of symmetry. Copper possesses a typically high density of 8.9 g/cm3.