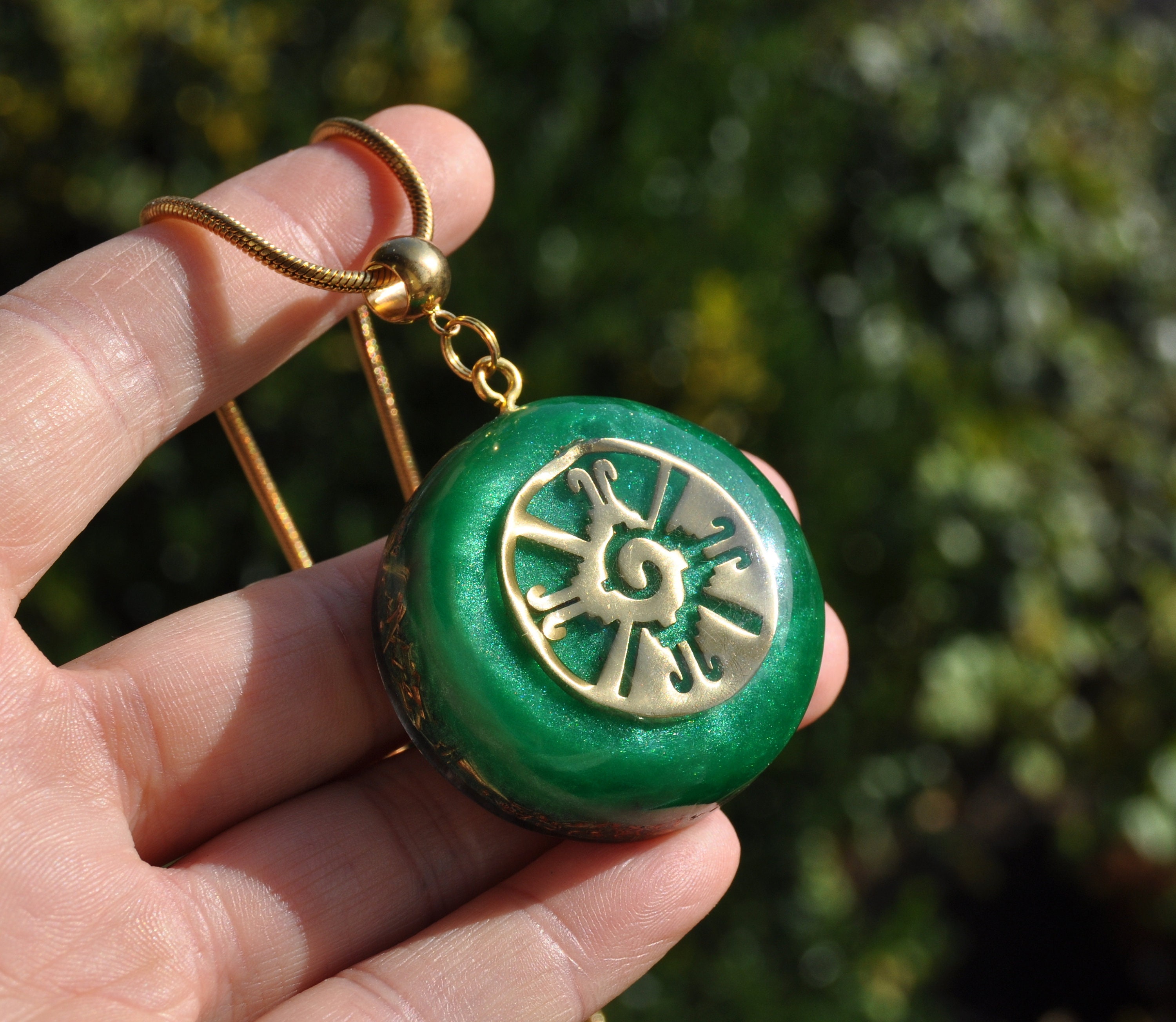 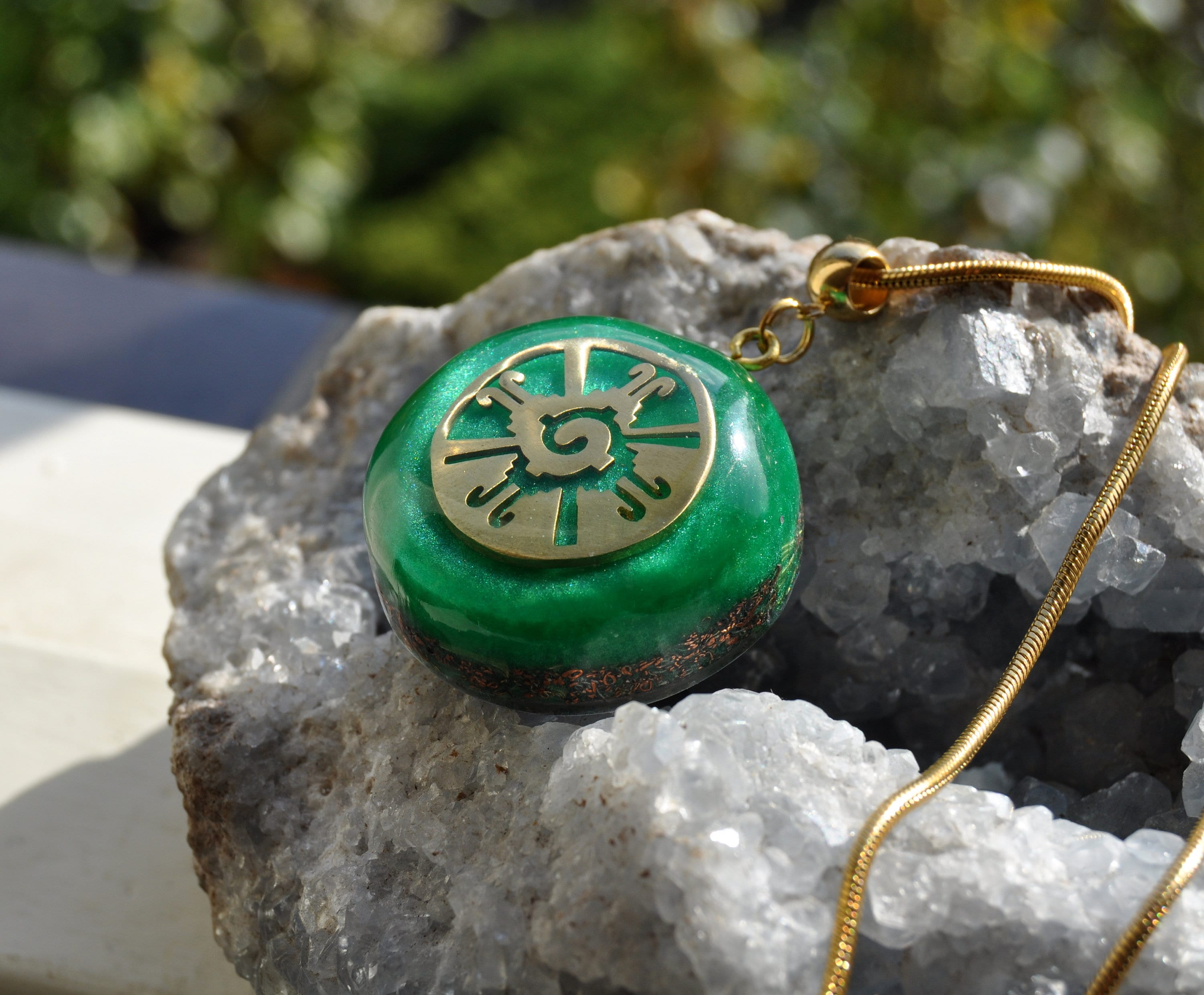 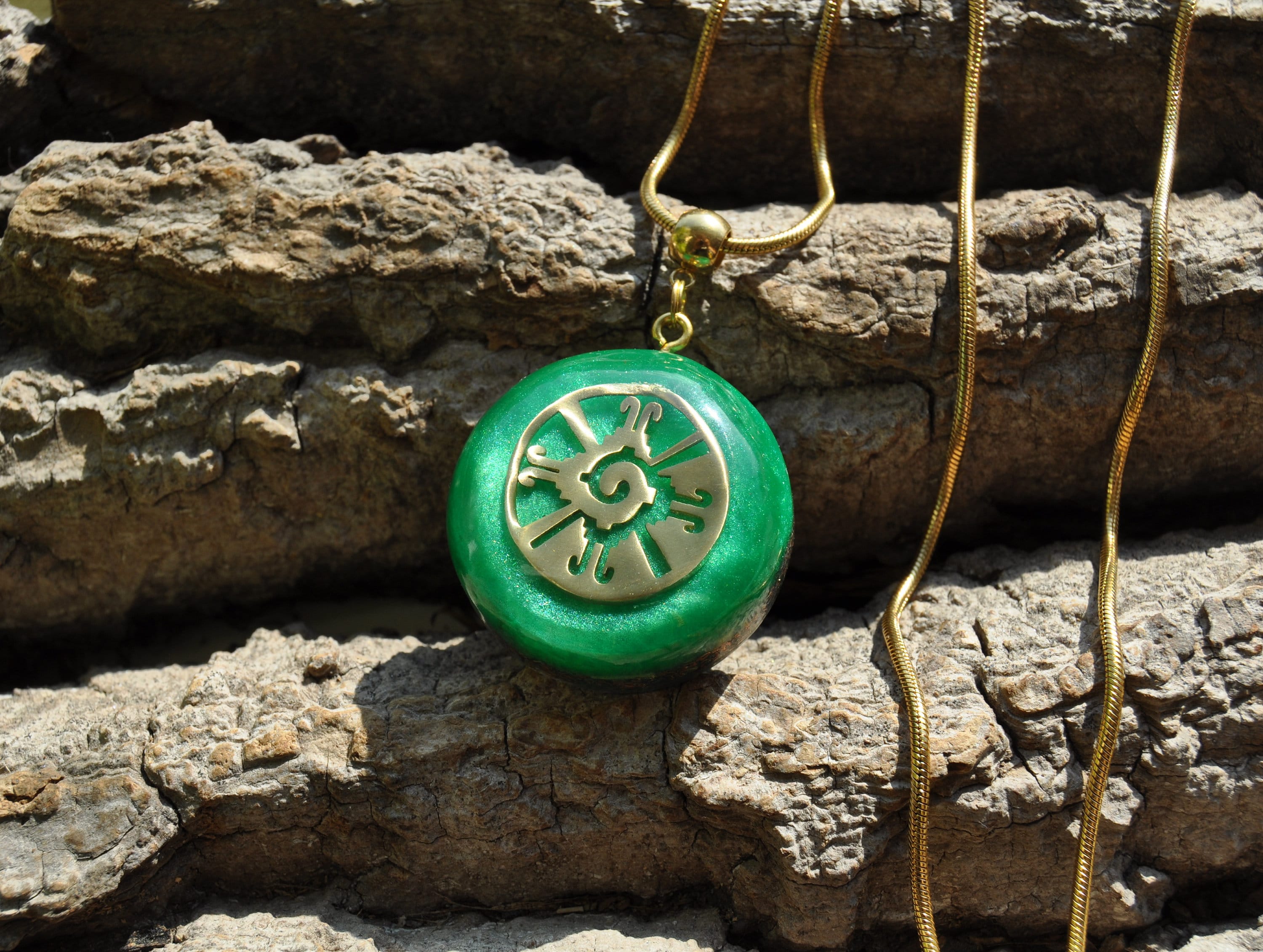 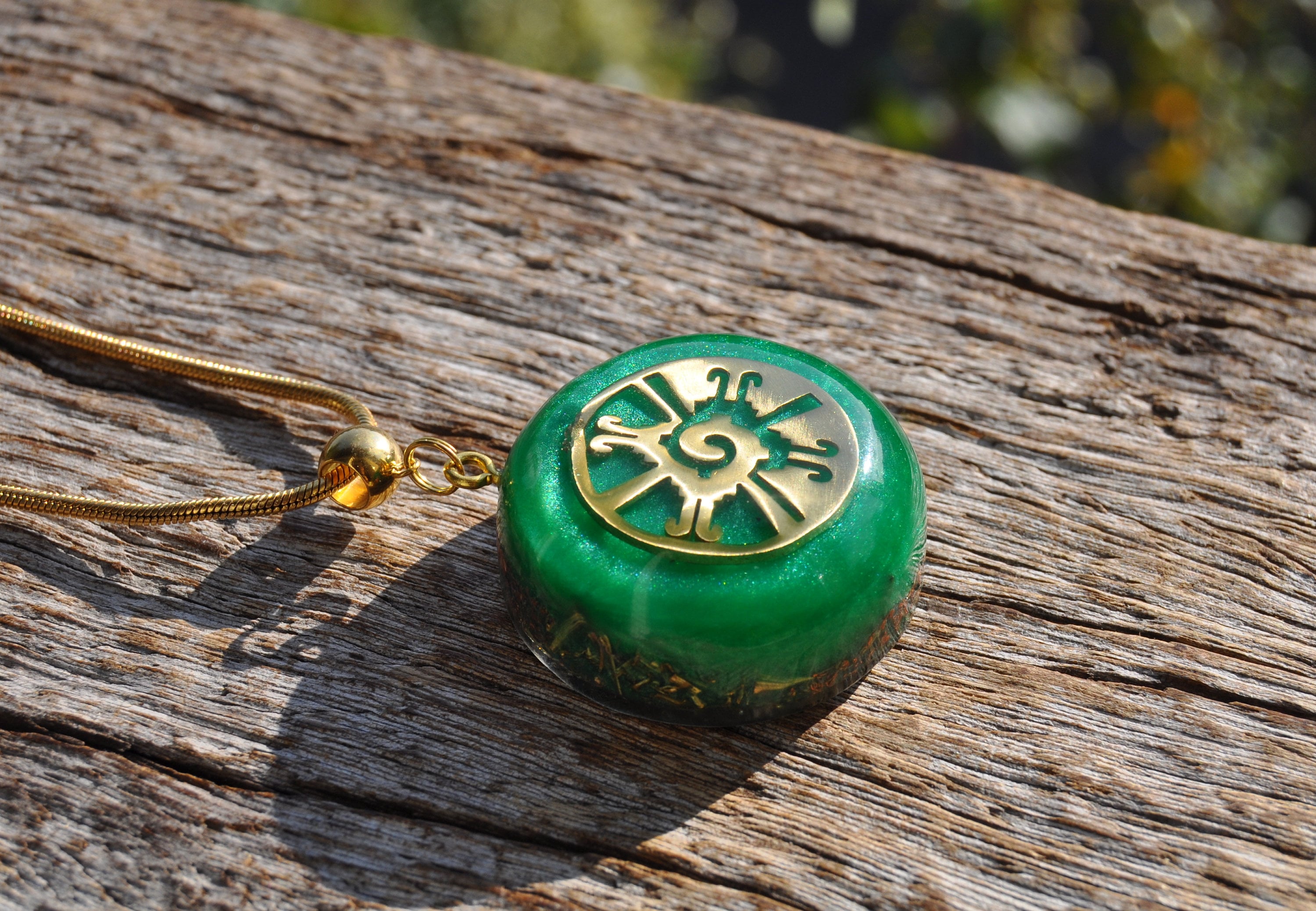 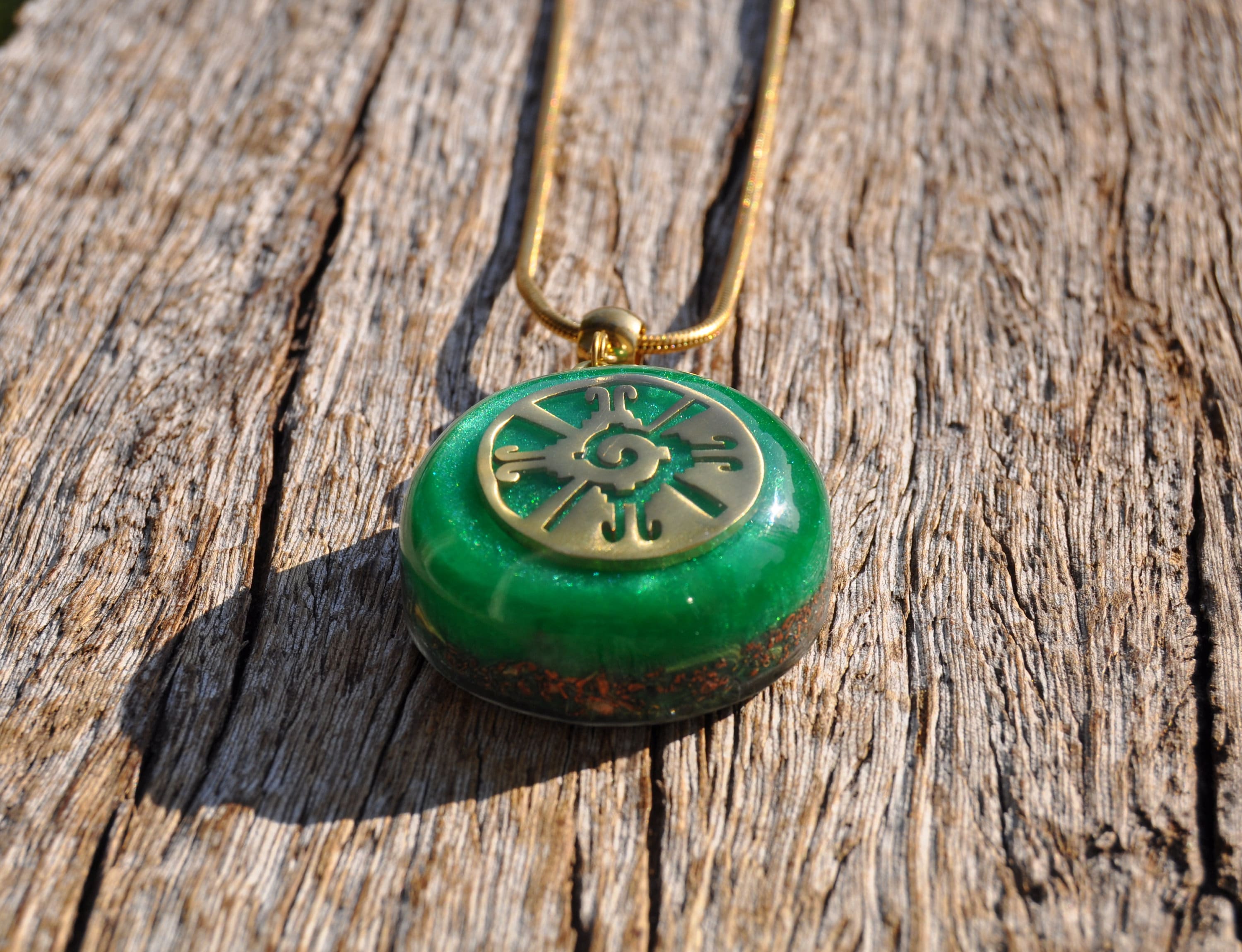 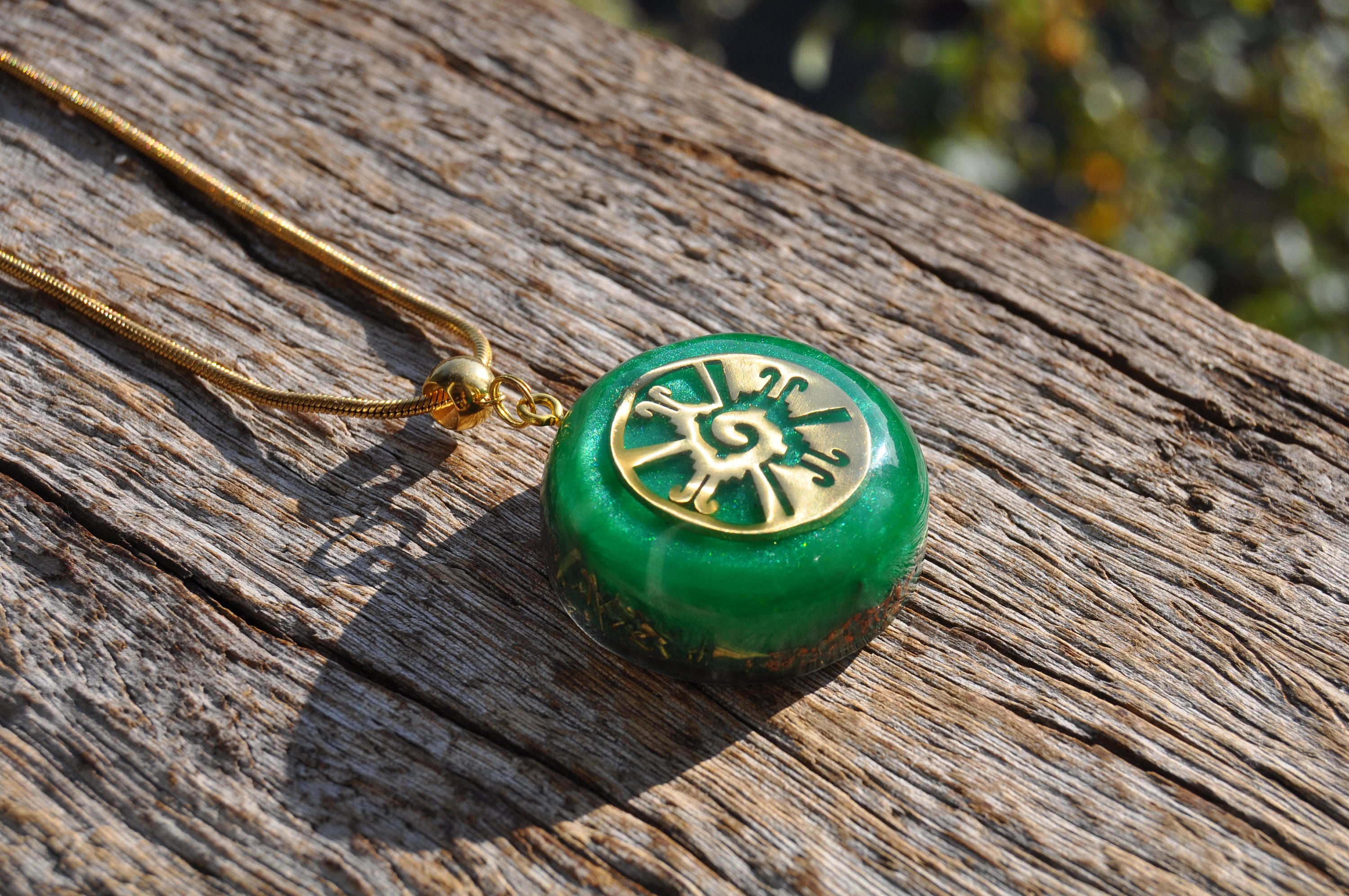 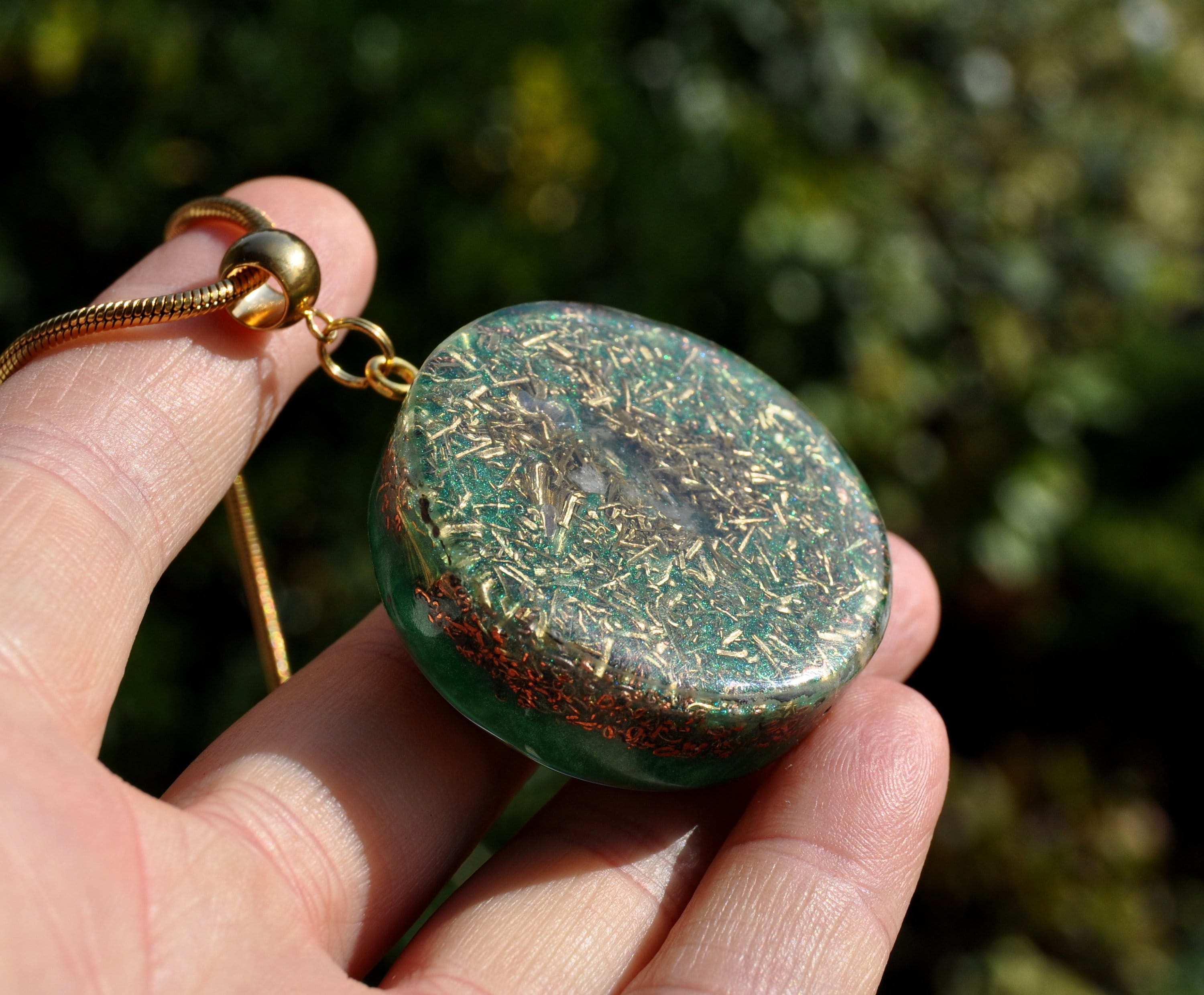 It furthermore contains little Pyrite clusters (to enhance the overall strength of the piece), Rhodizite crystals (to amplify the stones), raw black Tourmaline (to ground and protect), Selenite (to charge and clean), clear Quartz (for piezo electric effect),Selenite (to clean and charge the other crystals), Elite shungite (emf protection), black Tourmaline (ground excess energy and protection) all within a durable resin setting.

It has a gold Hunab Ku symbol in the gront. You will get the pendant as shown in the pictures.

Orgone is simply another word for what is also known as “Qi”, “Prana”, “Ether” and “Akasha”. It is a universal life-force energy which permeates all matter on earth. Orgone can exist in a positive, healthy form, as well as a stagnant, harmful form, often caused by modern technologies that emit EMF radiation. The side-effects of being surrounded by stagnant orgone energy include depression, anxiety, sleep problems, allergies, and other physical and mental health issues.
emf
Dr Wilhelm Reich, an Austrian psychiatrist, researched orgone energy in the earlier half of the 20th century. He found that organic materials attracted and held orgone energy, while non-organic metal materials attracted and rapidly repelled orgone energy.

It comes on an 58 cm - 23 inches stainless steel necklace with lobster clasp closing which falls around the heart chakra.