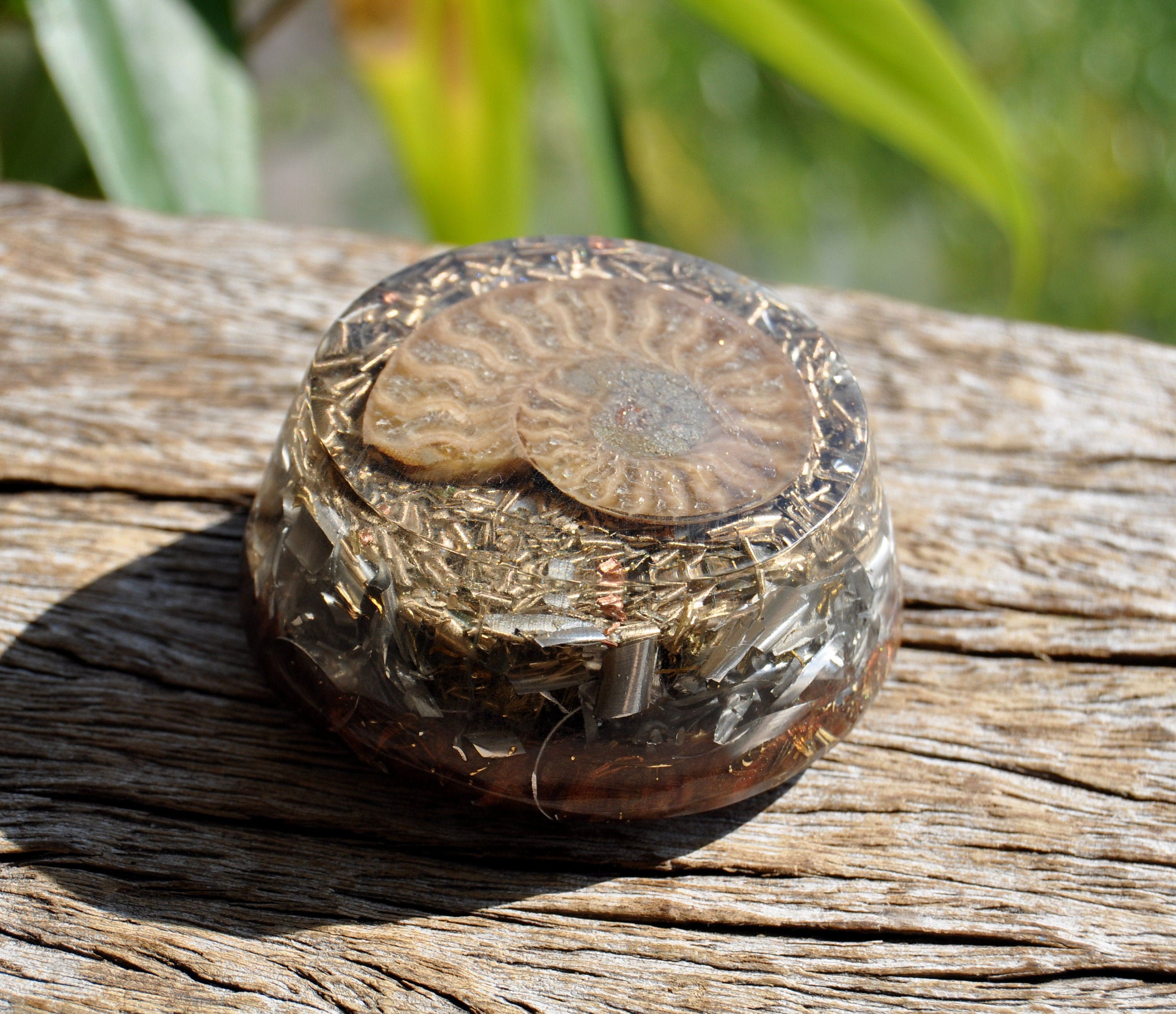 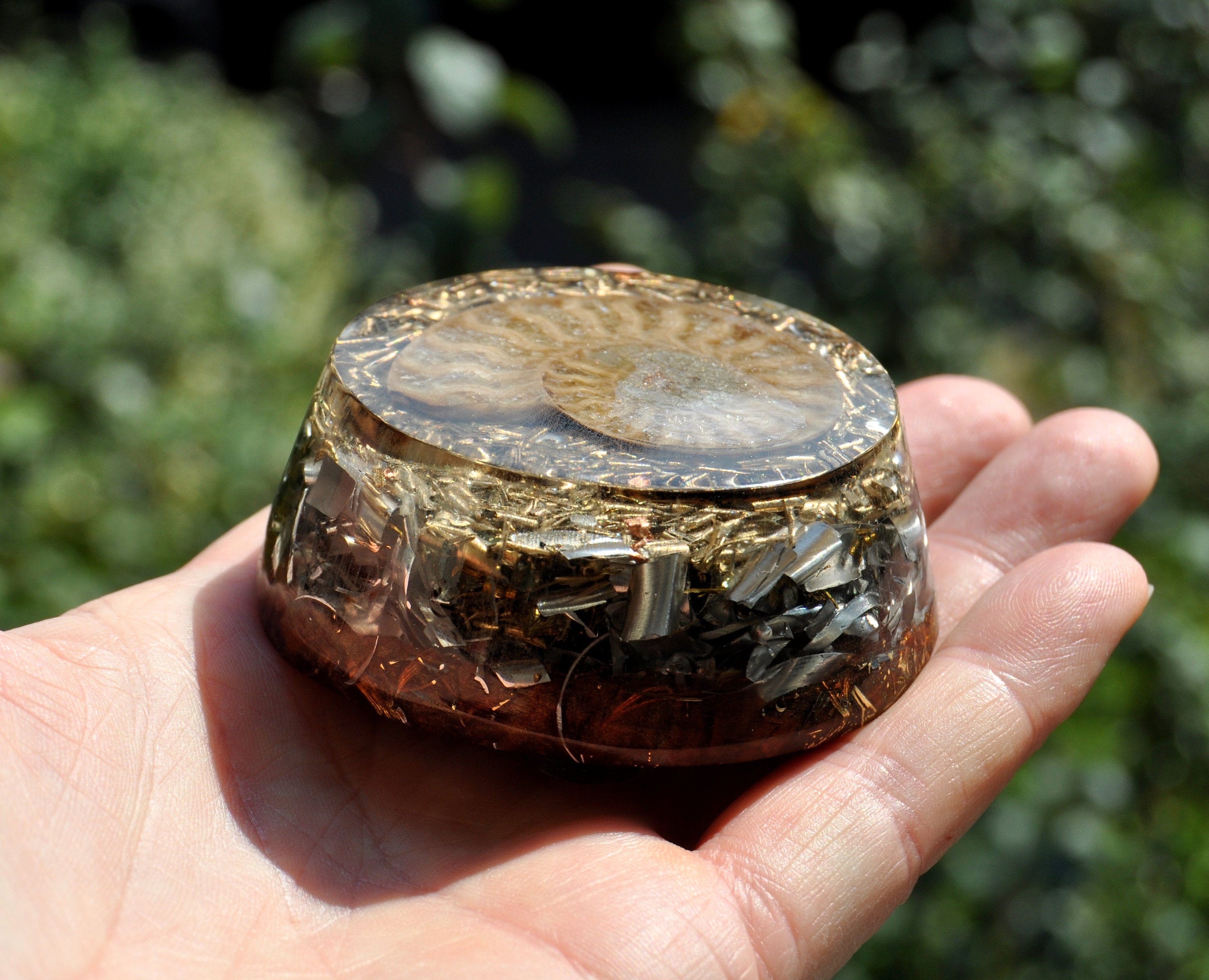 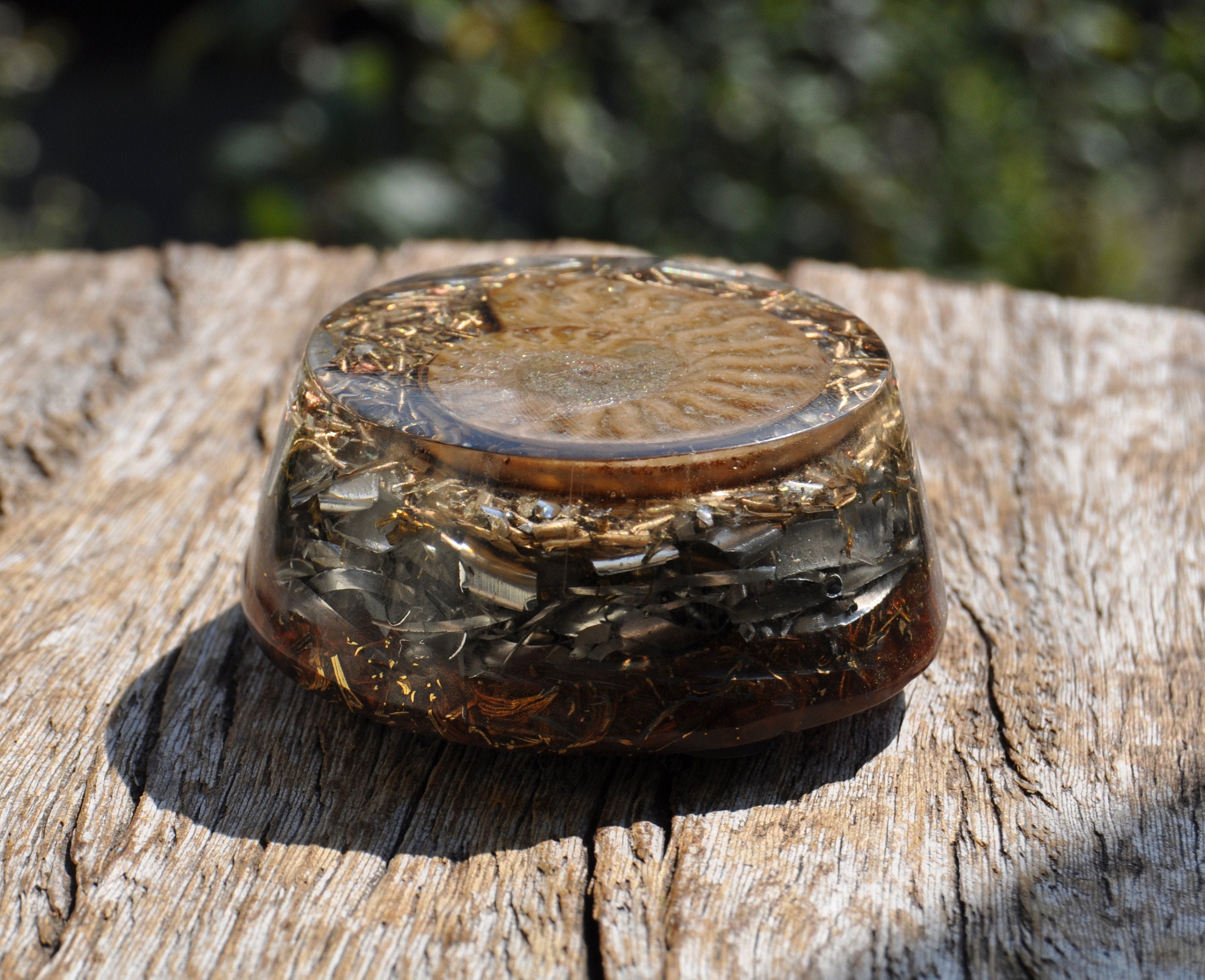 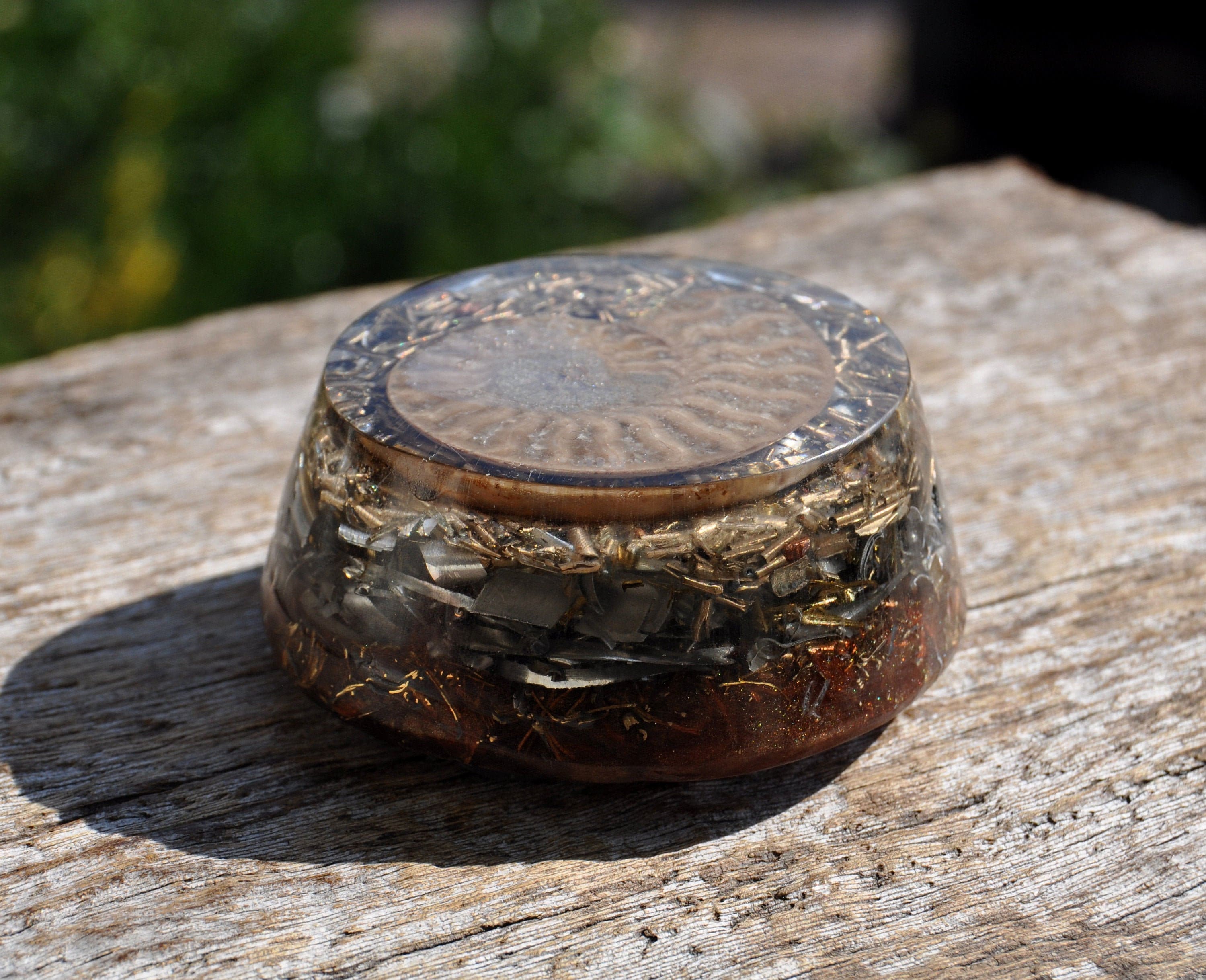 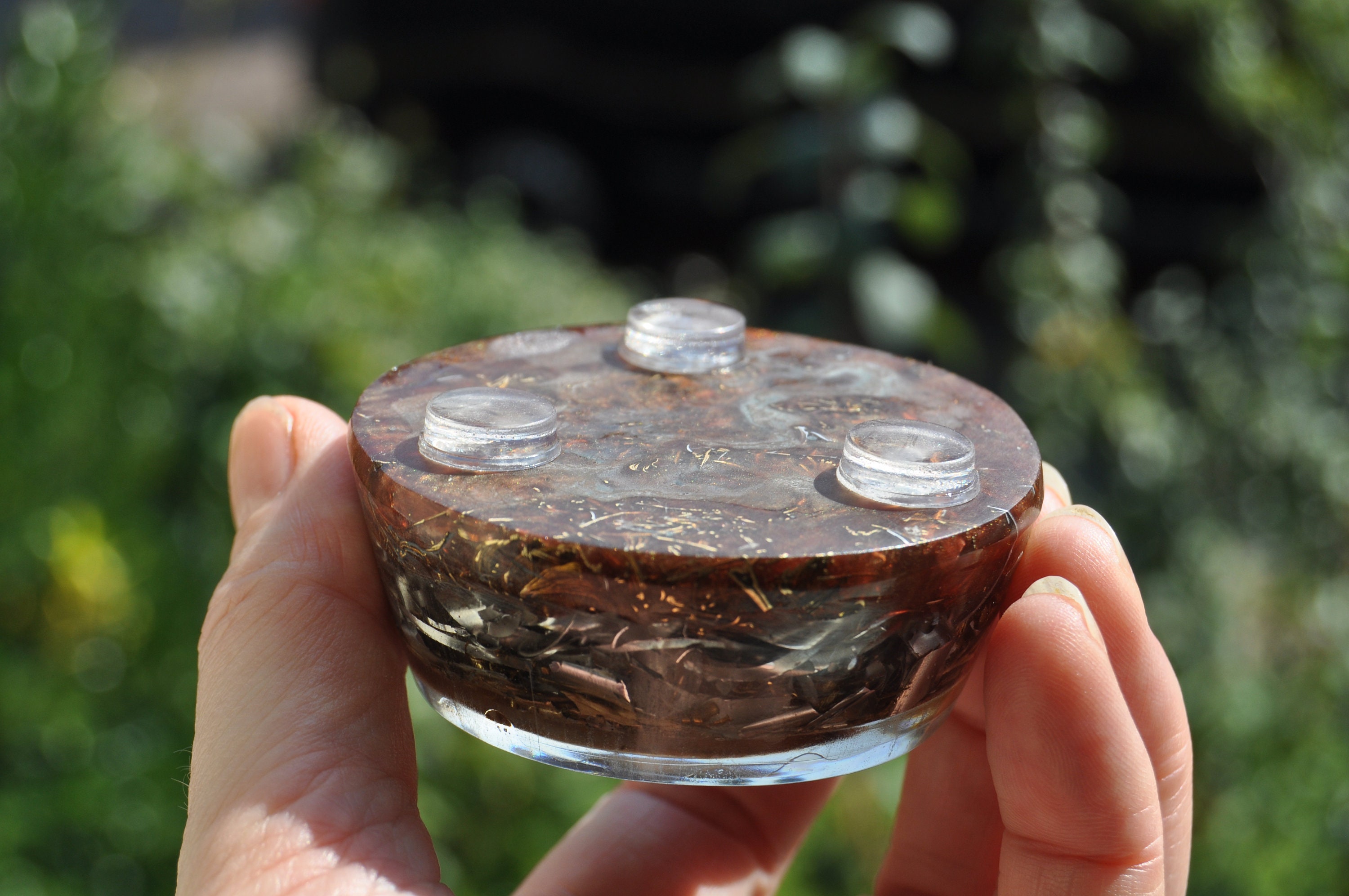 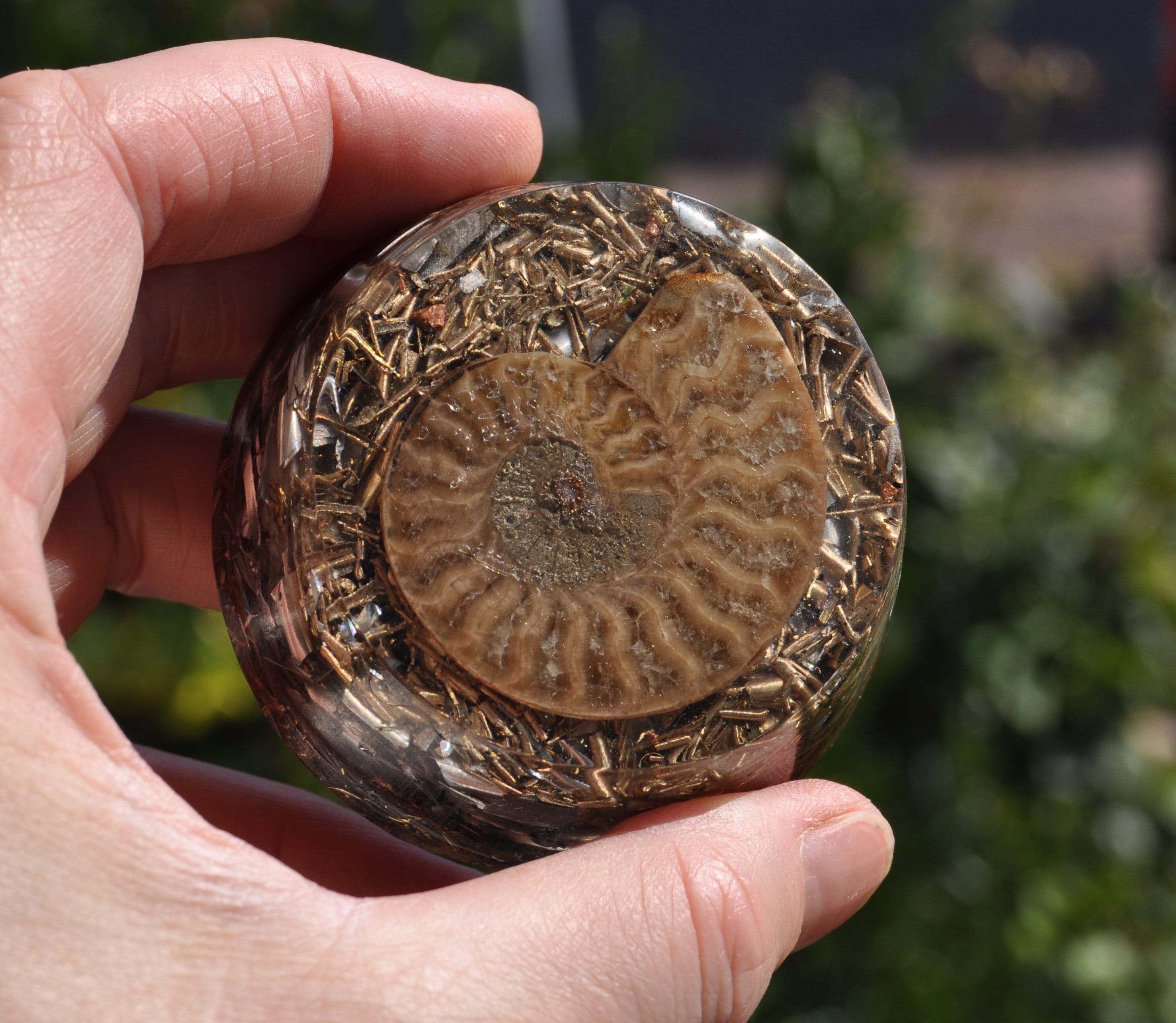 This tower buster is made with intuition and 💖 and is created with loving intent to transform people’s lives for the better. Because it is a one of a kind hand-crafted one, it may have slight artistic imperfections. It has been hand sanded on all sides through 12 sets of fine polishing paper so it is shiney and smooth.

Ammonite is the shell of a prehistoric sea creature forming a slowly expanding spiral with complex surface patterns. These shells appeared approximately 520 Million Years Ago and are also known as the Fractal & Fibonacci fossil.

Ammonite strengthens the chakra system and helps us to accept change and cycles of time. It is a protective stone, giving stability and structure to one’s life. It can eliminate the caustic attributes and can transform negativity into a smooth, flowing energy. Ammonite combines the organic properties of ancient life with the perfect chemistry of Quartz to act as a link between earth and its energy; anchoring, relaxing, calming, and encouraging reflection and contemplation.