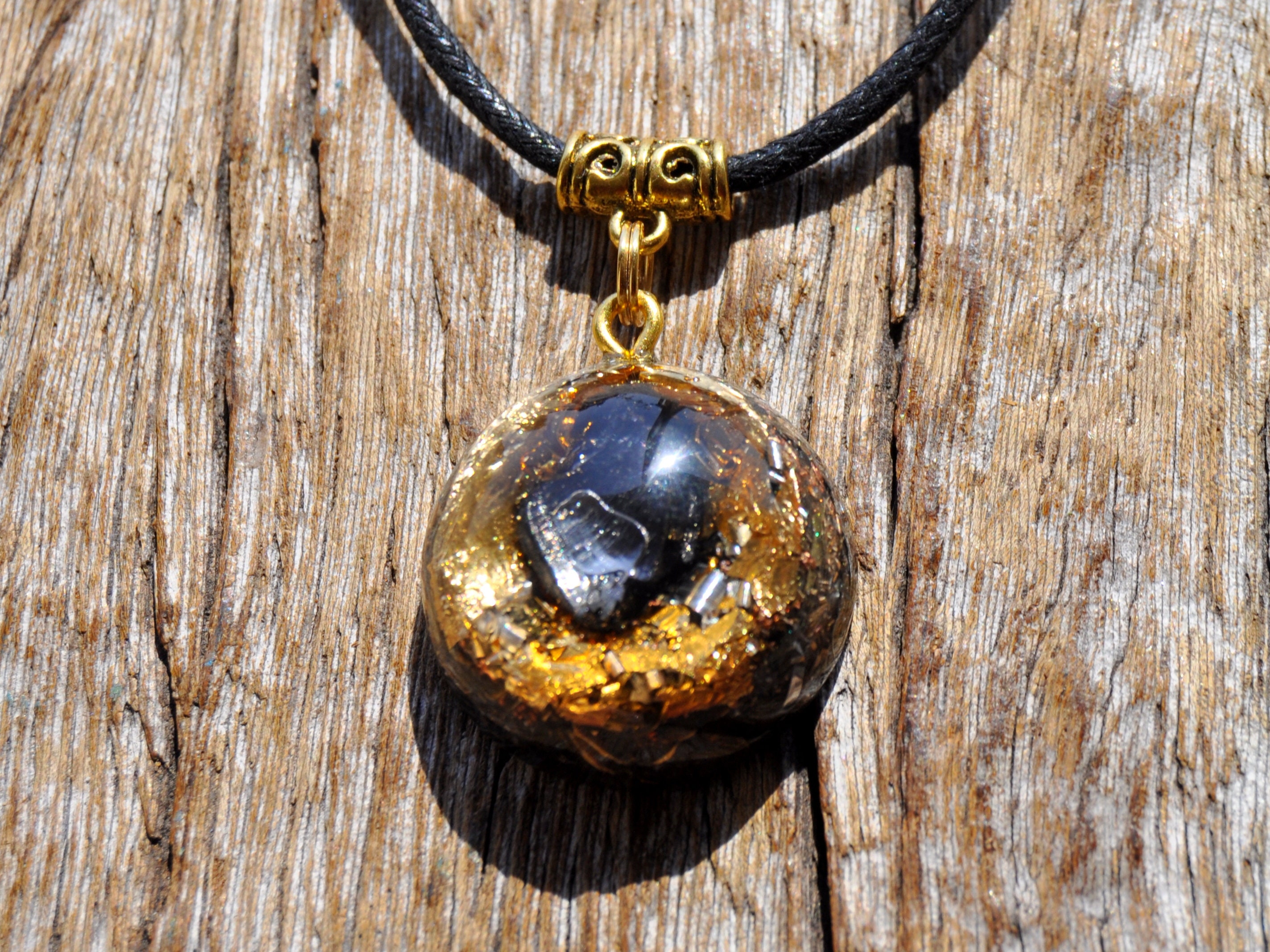 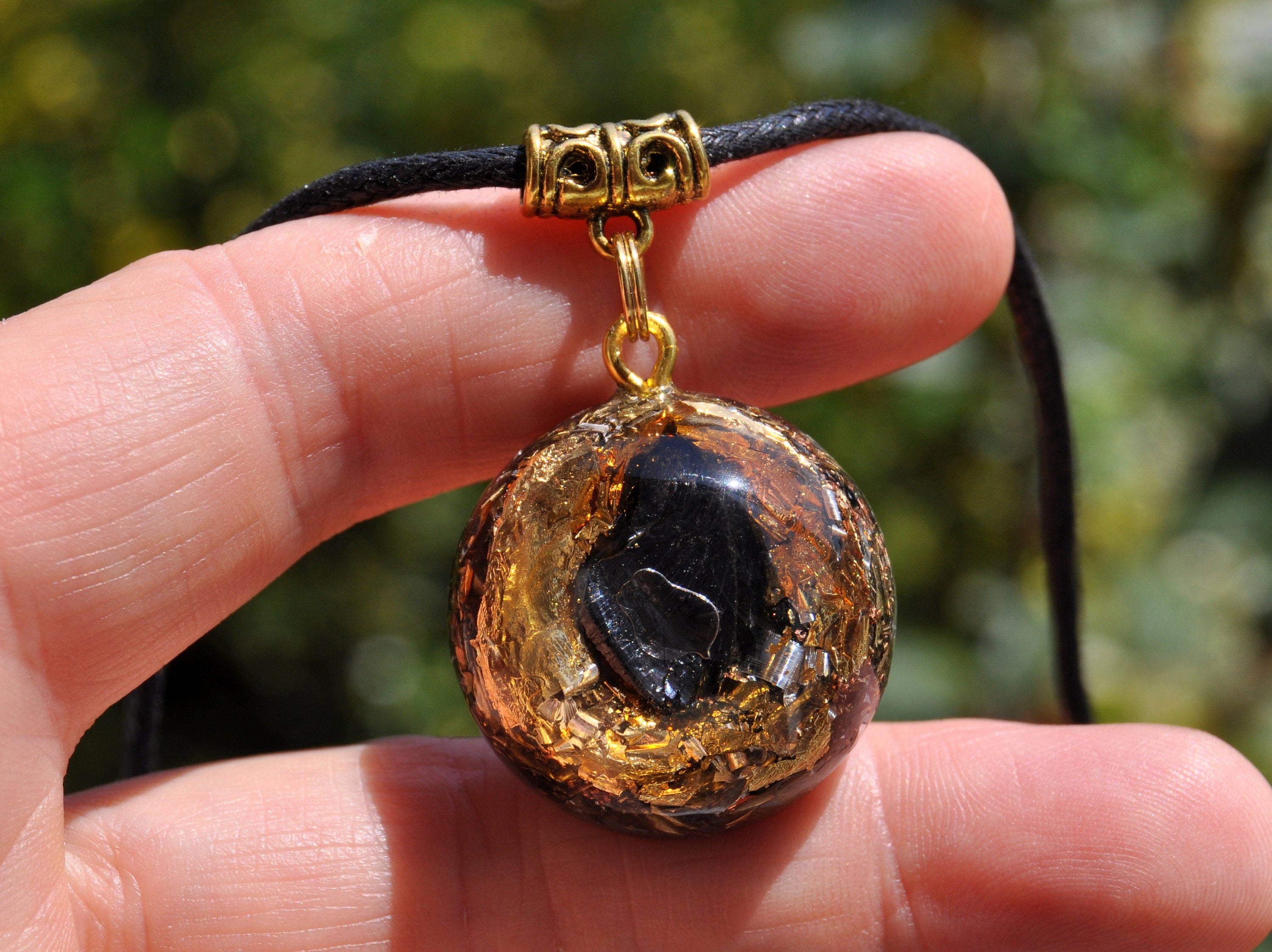 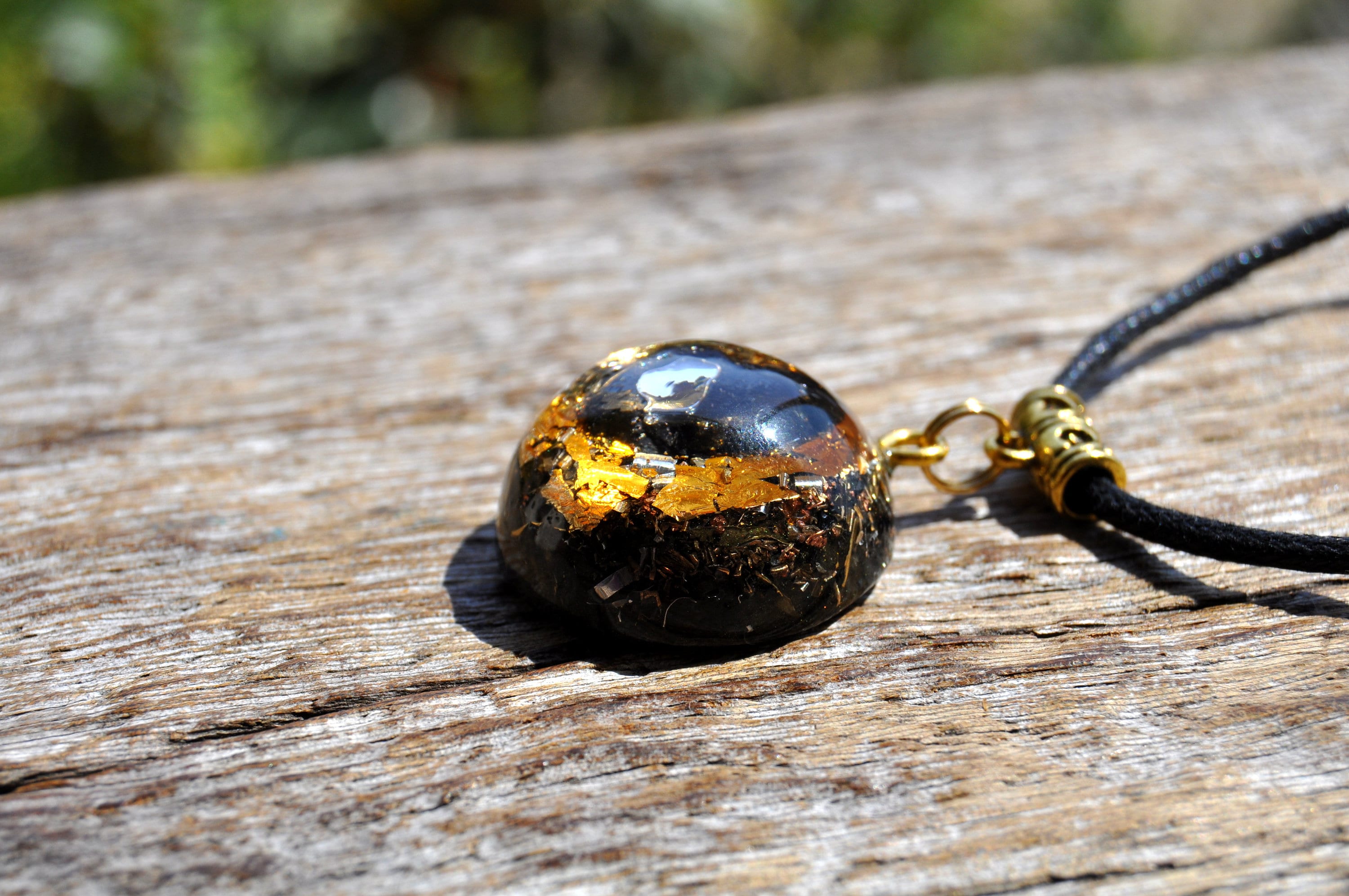 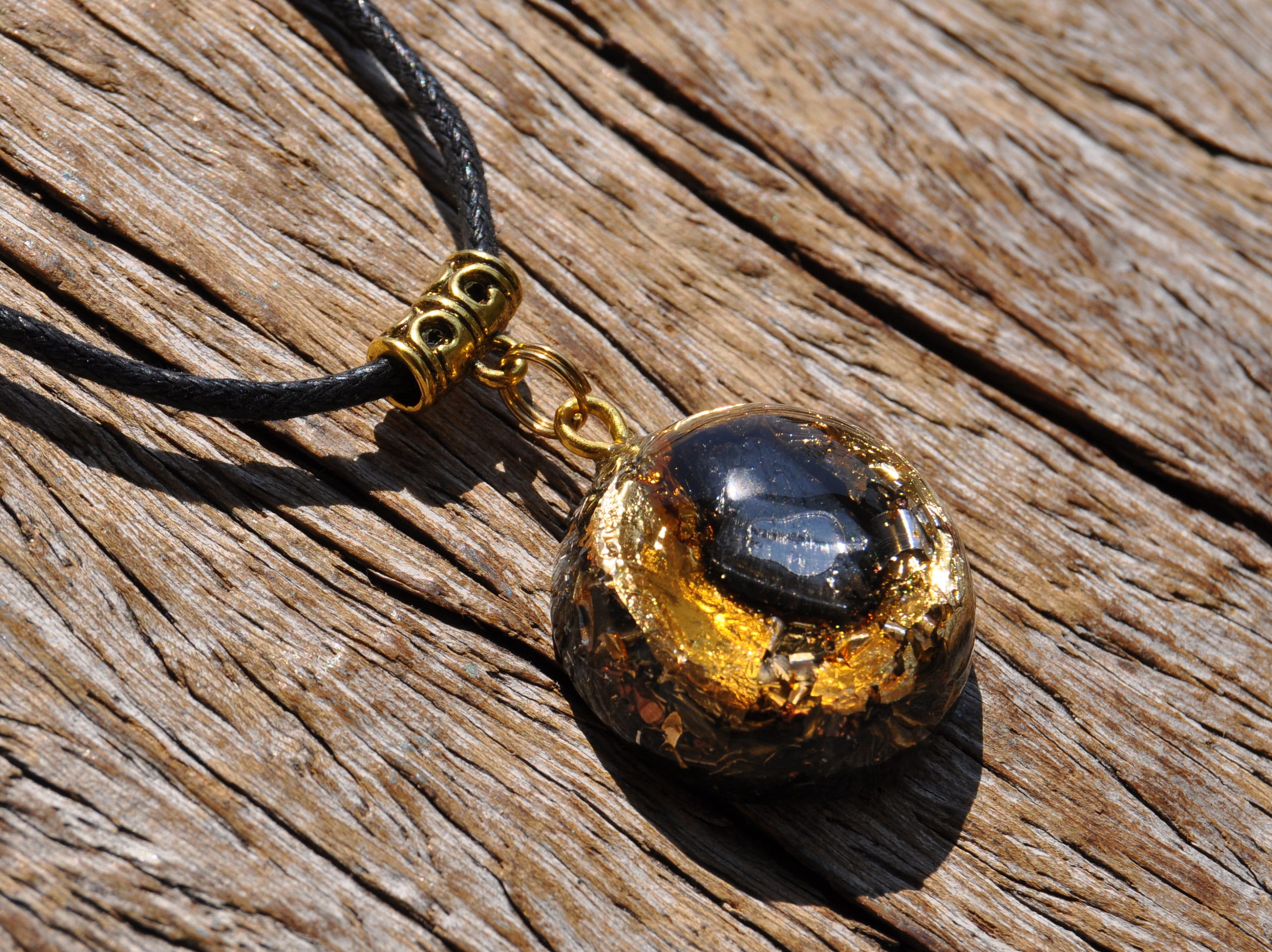 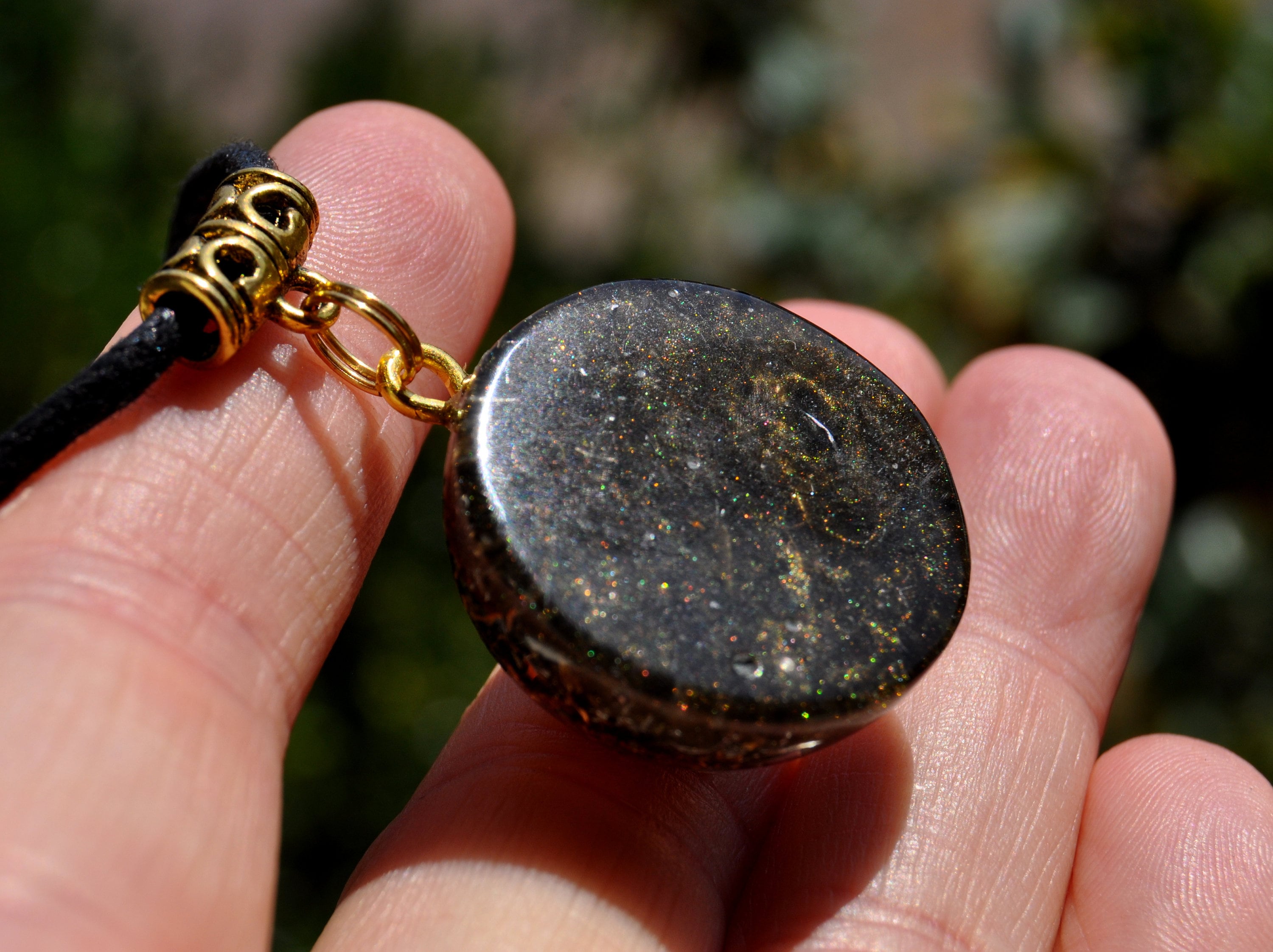 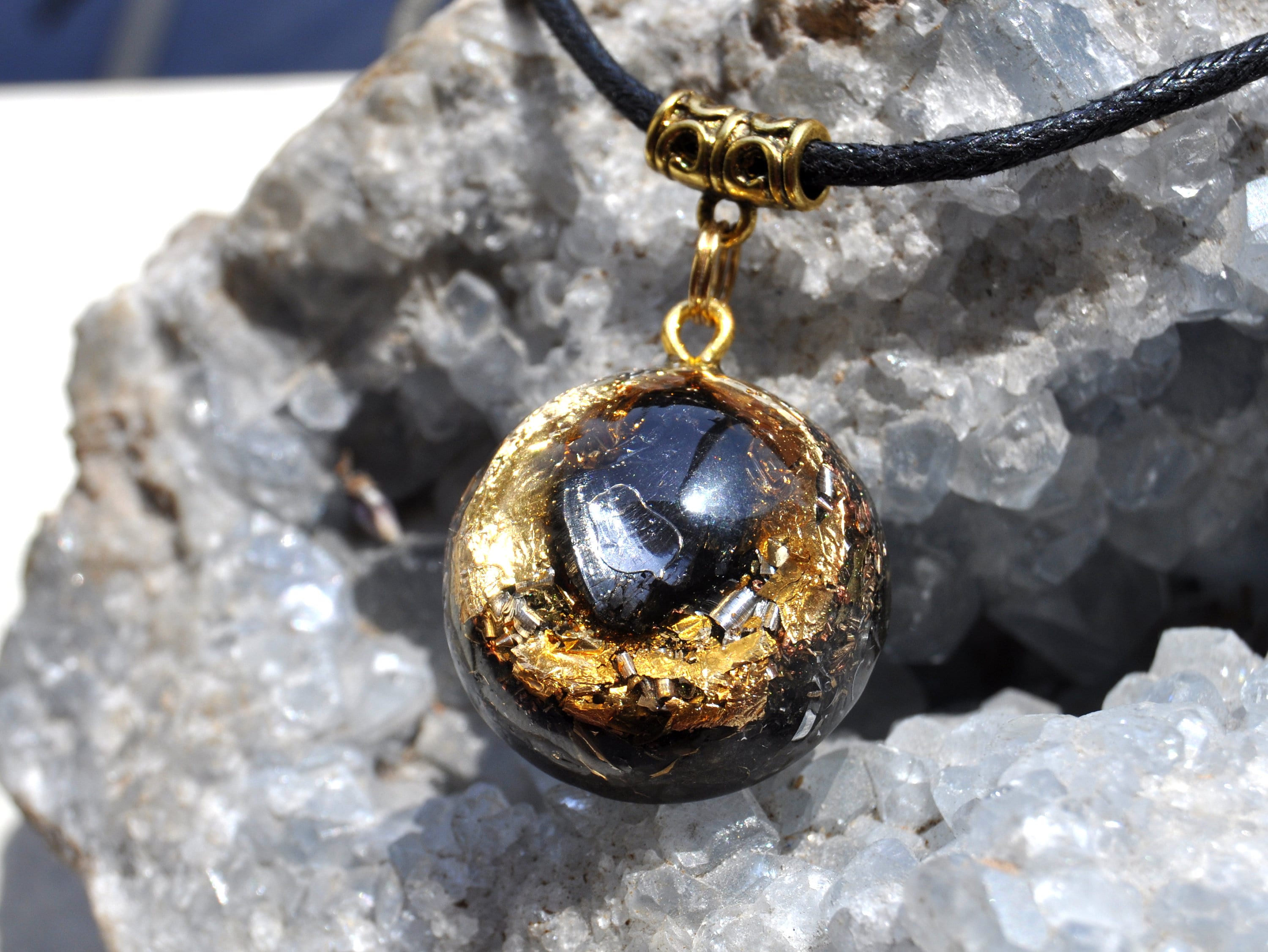 This lovely 2.7 cm / 1.1" in diameter orgone pendant contains lots of brass, bronze, aluminium and copper shavings. The main stone is a raw authentic Elite Shungite from Carelia in Russia in the front. It is surrounded by 24K leaf Gold. It furthermore contains Pyrite (to enhance), Rhodizite (to amplify), black Tourmaline (to ground and protect), Selenite (to charge and clean) and clear Quartz (for piezo electric effect) all within a durable polyester resin setting for optimal shrinkage/pressure on the quartz.

It has lots of metal shavings which is required for the orgonite to properly work according to Wilhelm Reich's research. The more metal shavings, the better !

🪔 You will get the pendant as shown in the pictures .🪔

Immaculate orgone pendant! Packaged beautifully and thanks for the black tourmaline gift enclosed as well. Love this shop and will keep coming back for more products.