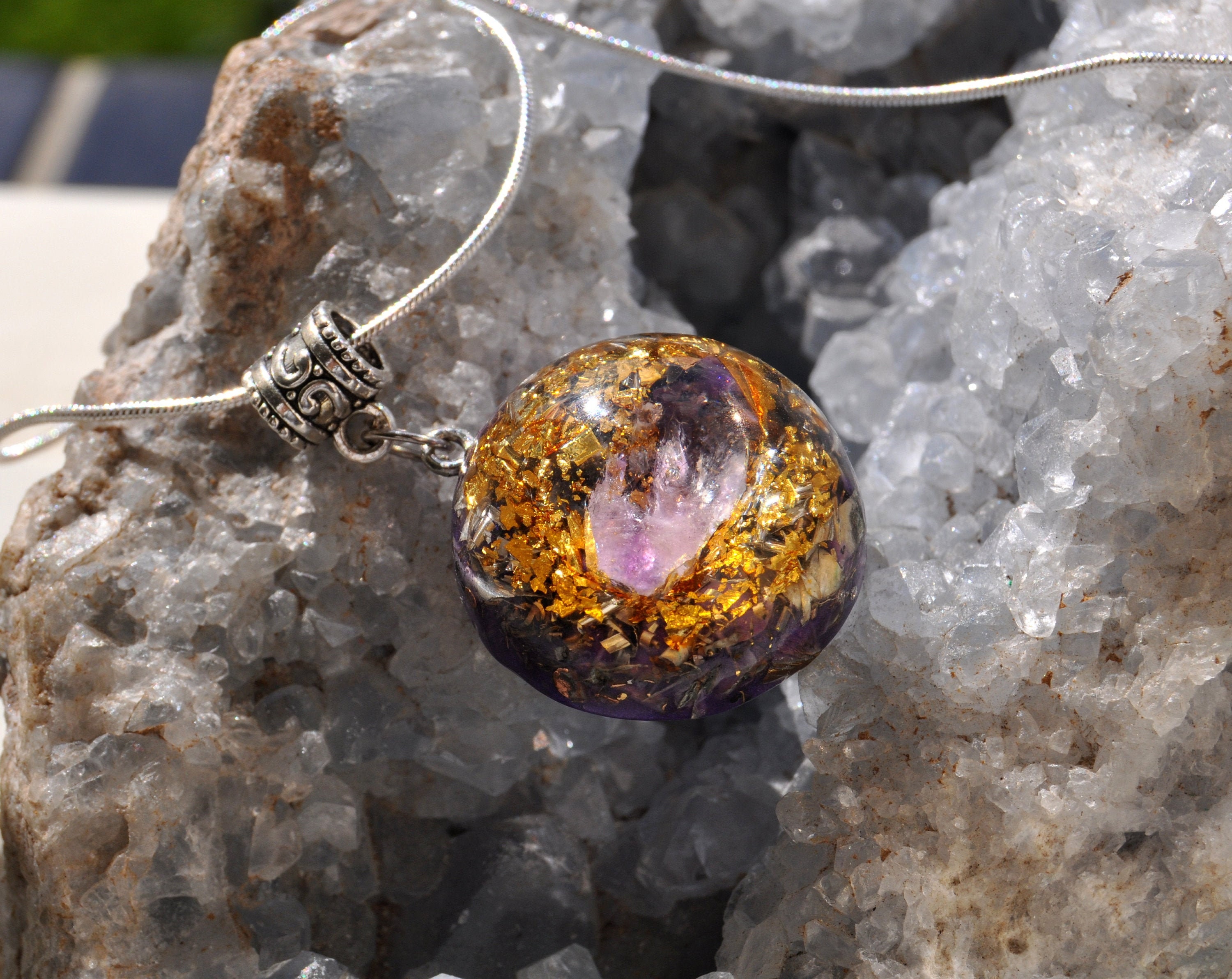 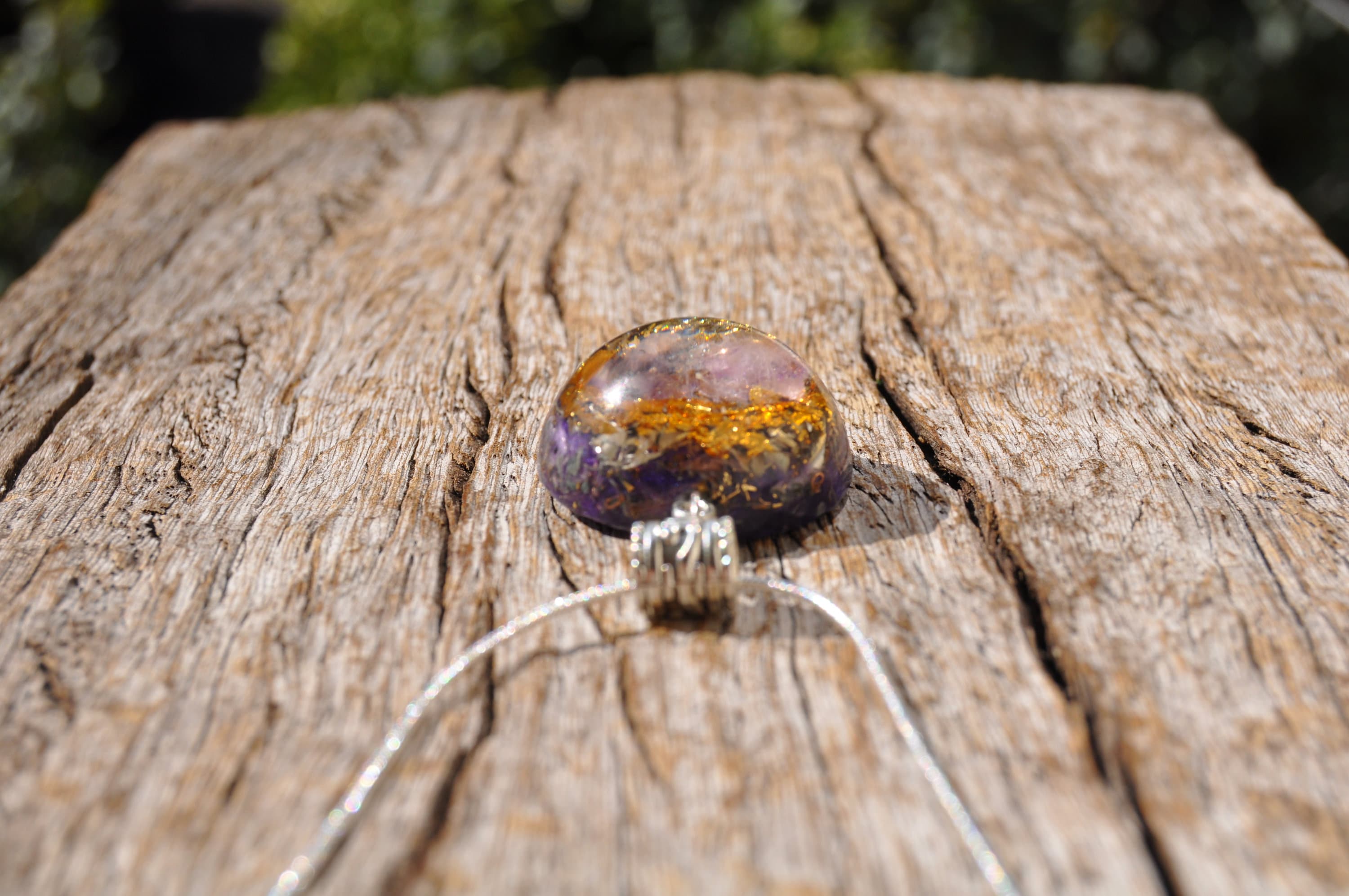 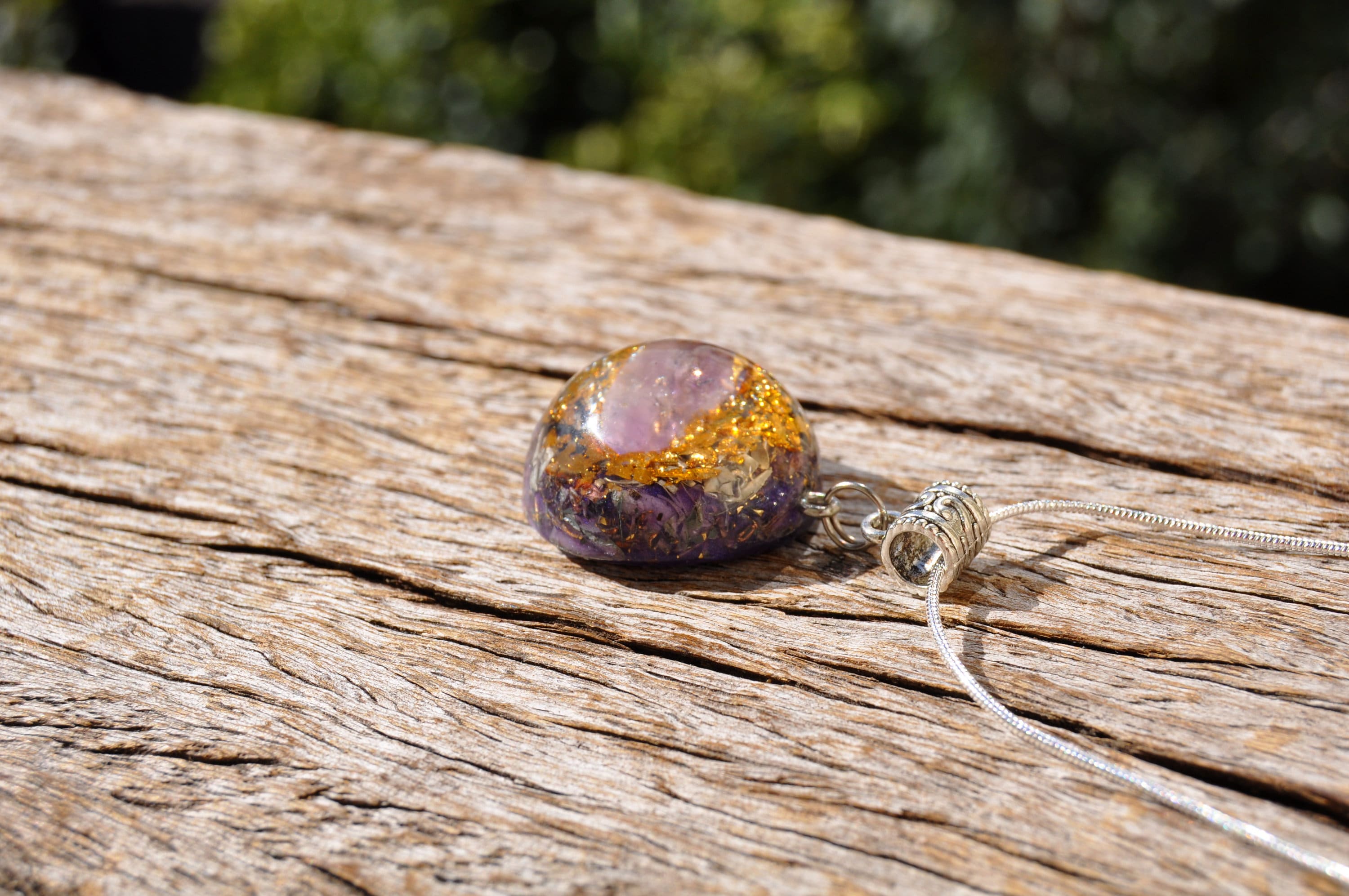 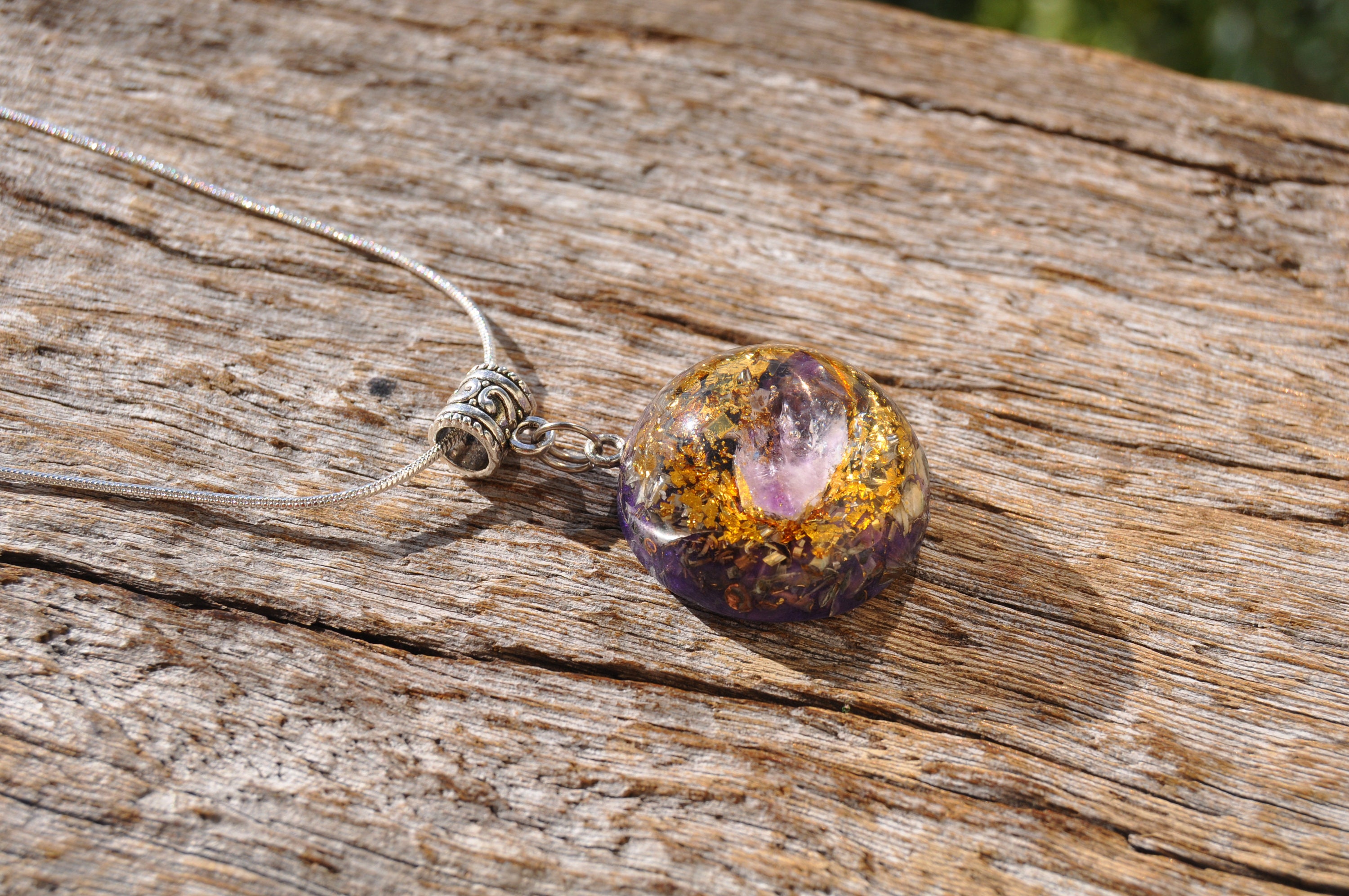 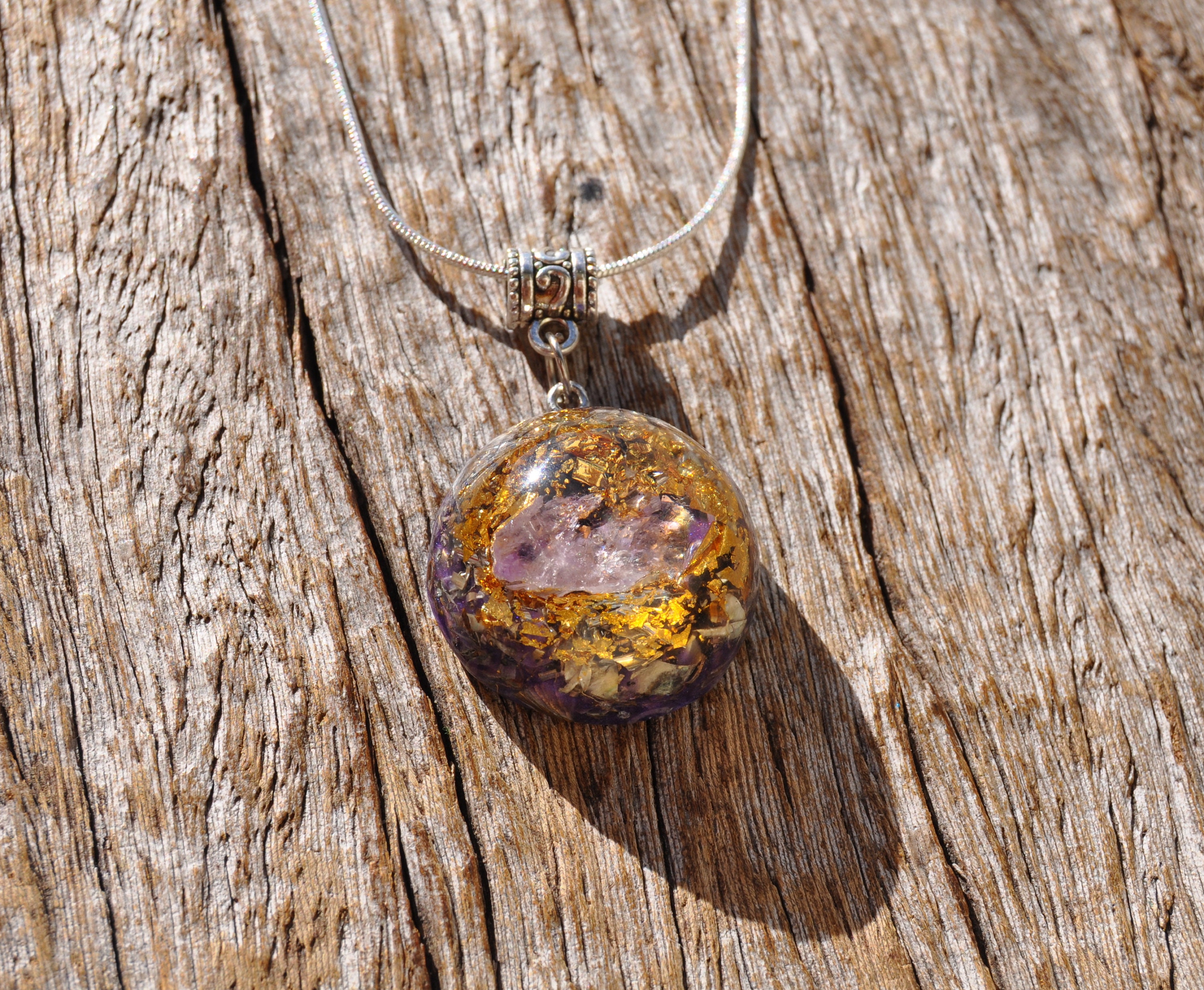 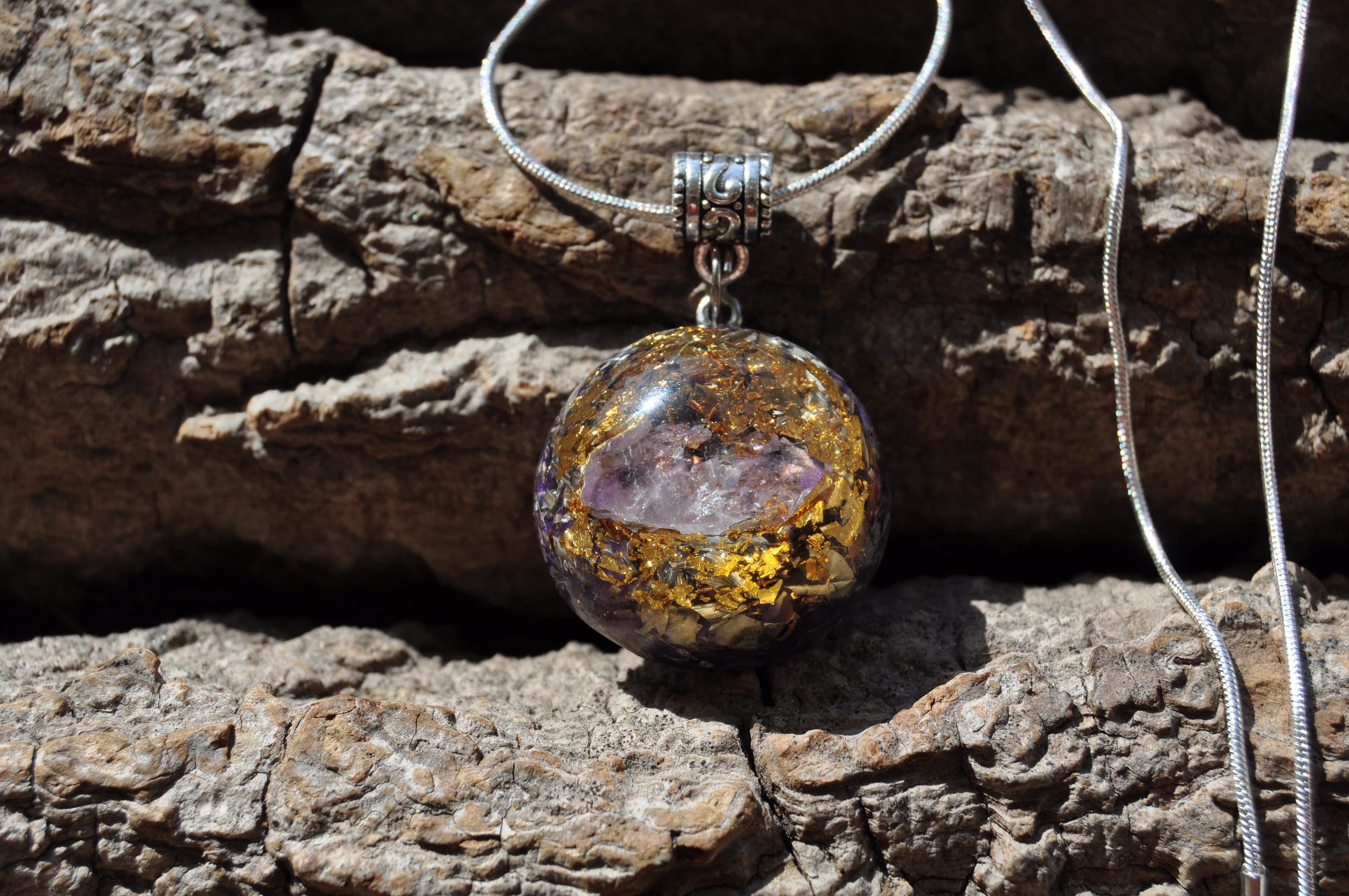 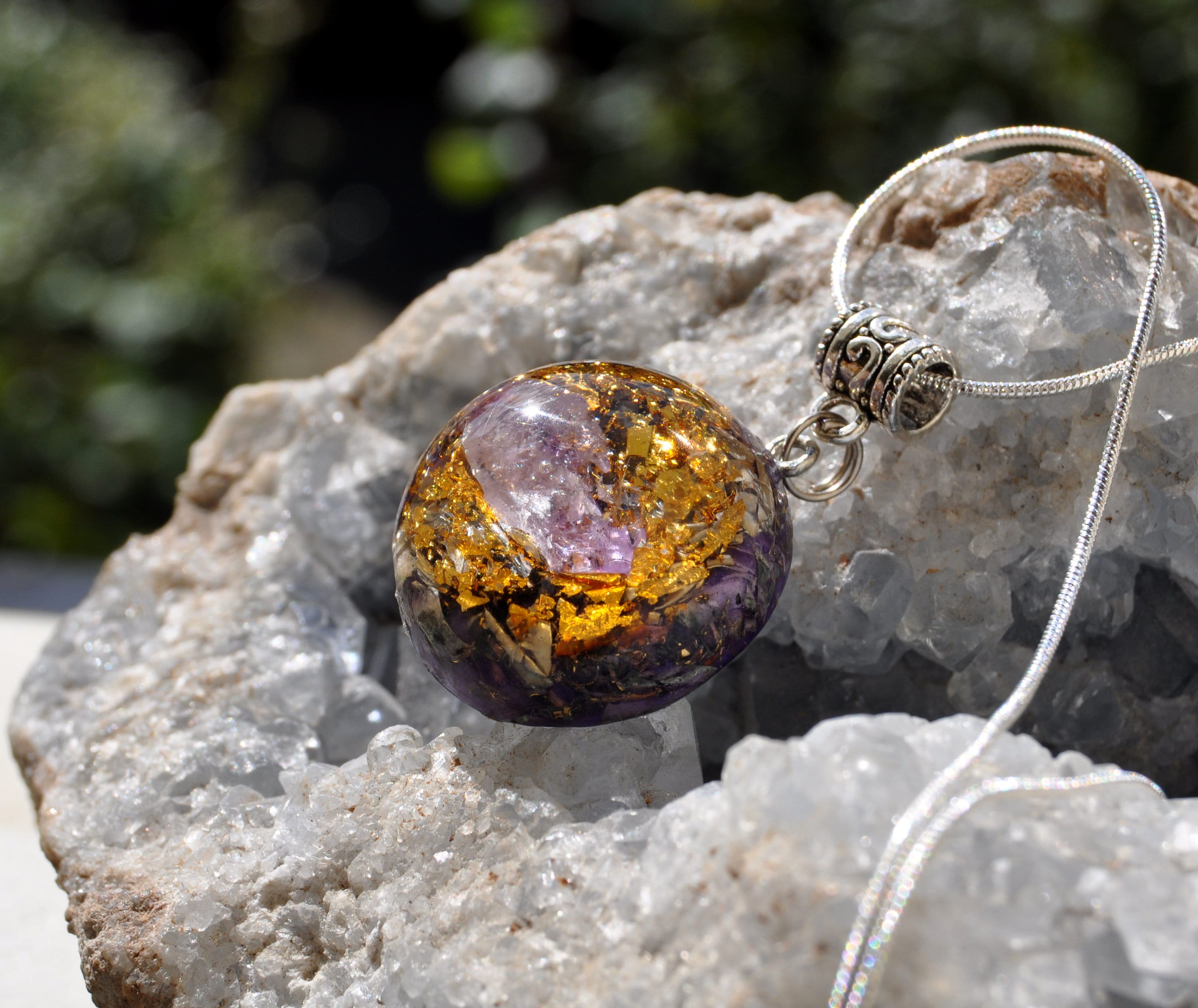 This lovely Amethyst Orgonite® orgone Pendant 2.7 cm / 1.1" Orgonite® pendant is made out of lots of brass, aluminium and copper shavings.

The main stone is Amethyst in the front. I actually think it might be Ametrine (Amethyst and Citrine combined) as well. It furthermore contains Rose Quartz (self - love), Pyrite (to enhance), black Tourmaline (to protect and ground excess energy), Elite Shungite (emf protection), Rhodizite crystal (to enhance) and clear quartz (for piezo-electric effect) all within a durable resin setting.

This pendant has been hand sanded through 9 sets of fine polishing paper so it is shiney and silky smooth. It is created with loving intent to transform people’s lives for the better.

It comes on a sterling silver plated 16 inches / 40 cm necklace with lobster clasp closing. In case the silver gets stained, you can easily clean it with a silver polish.