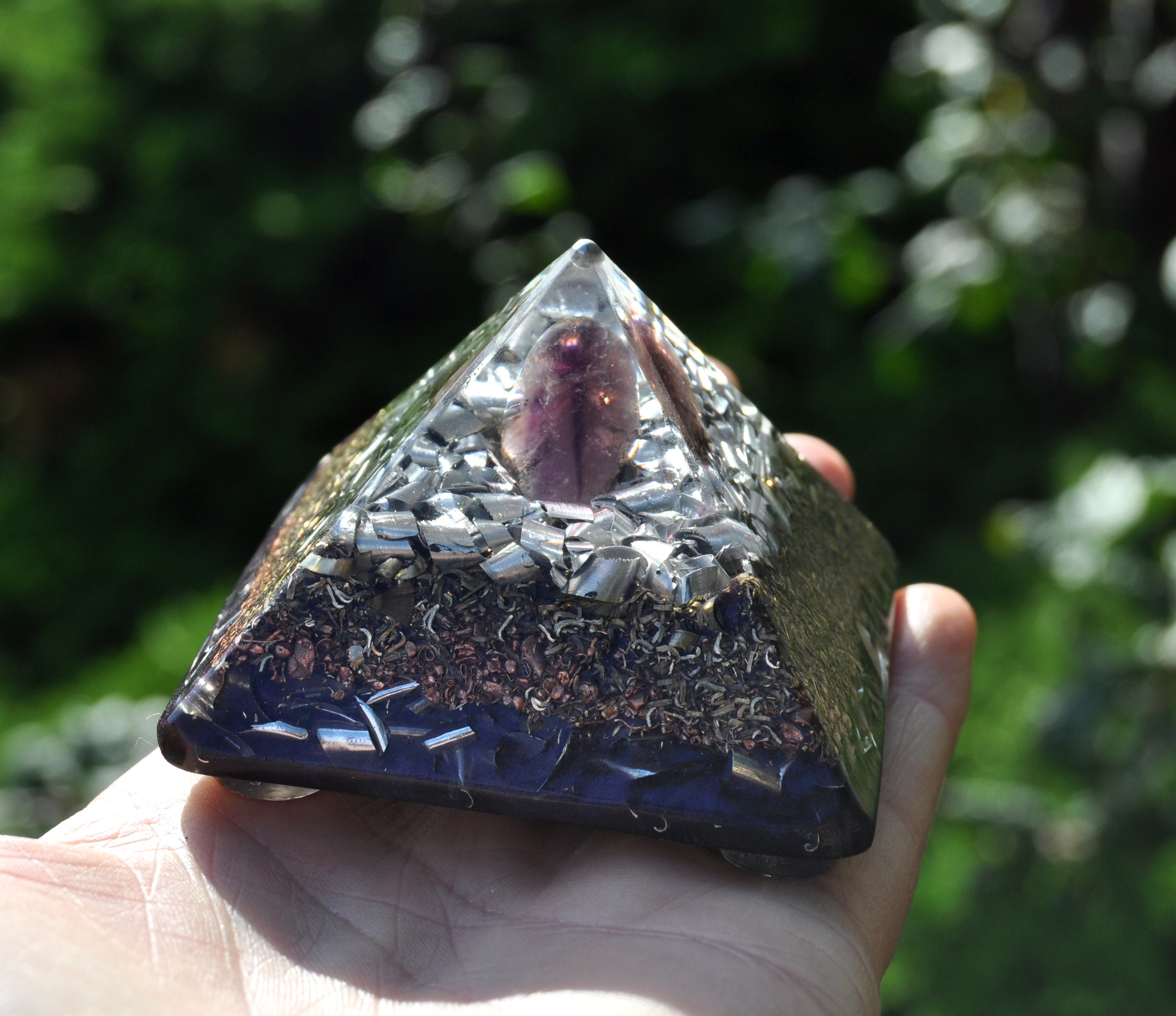 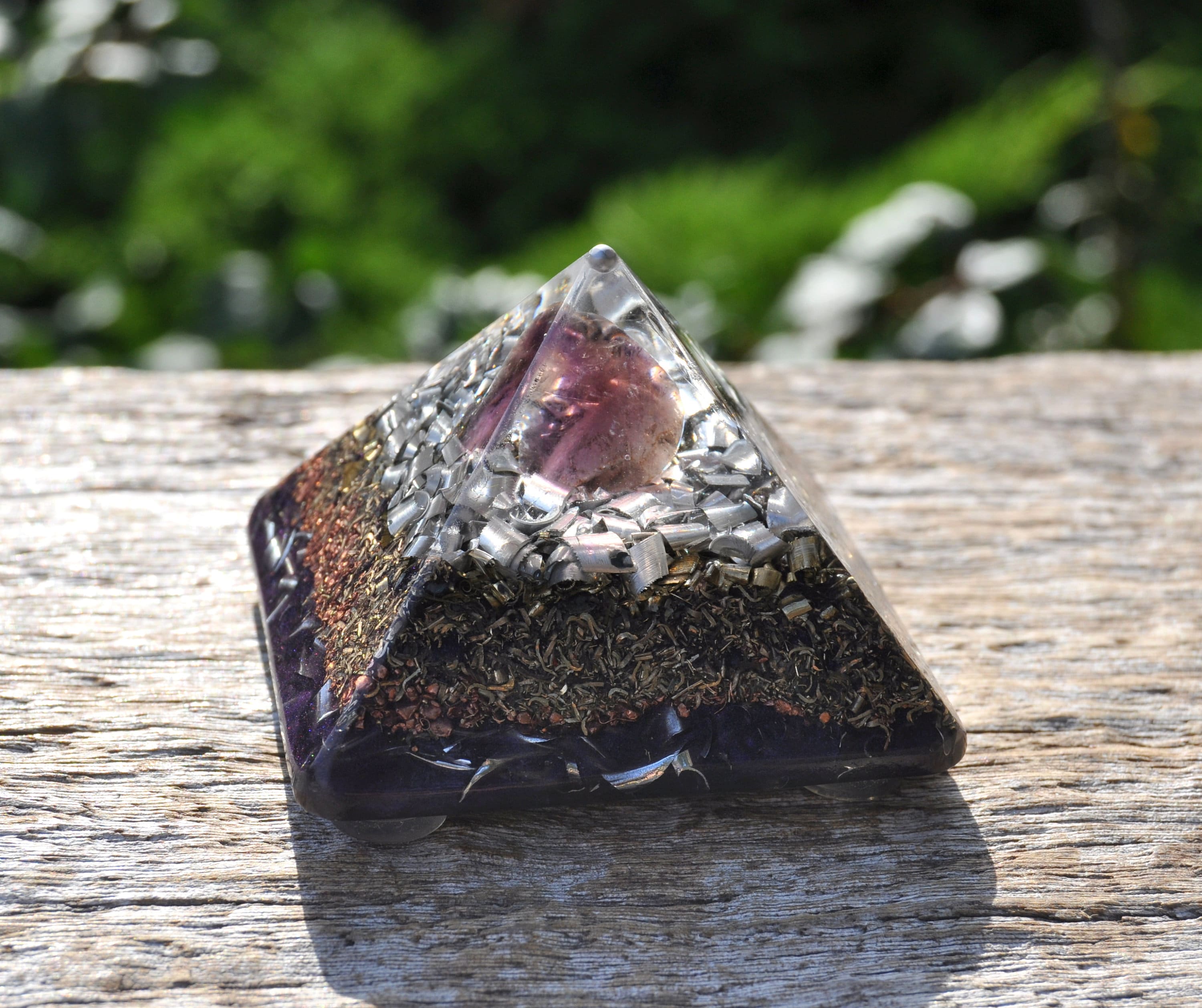 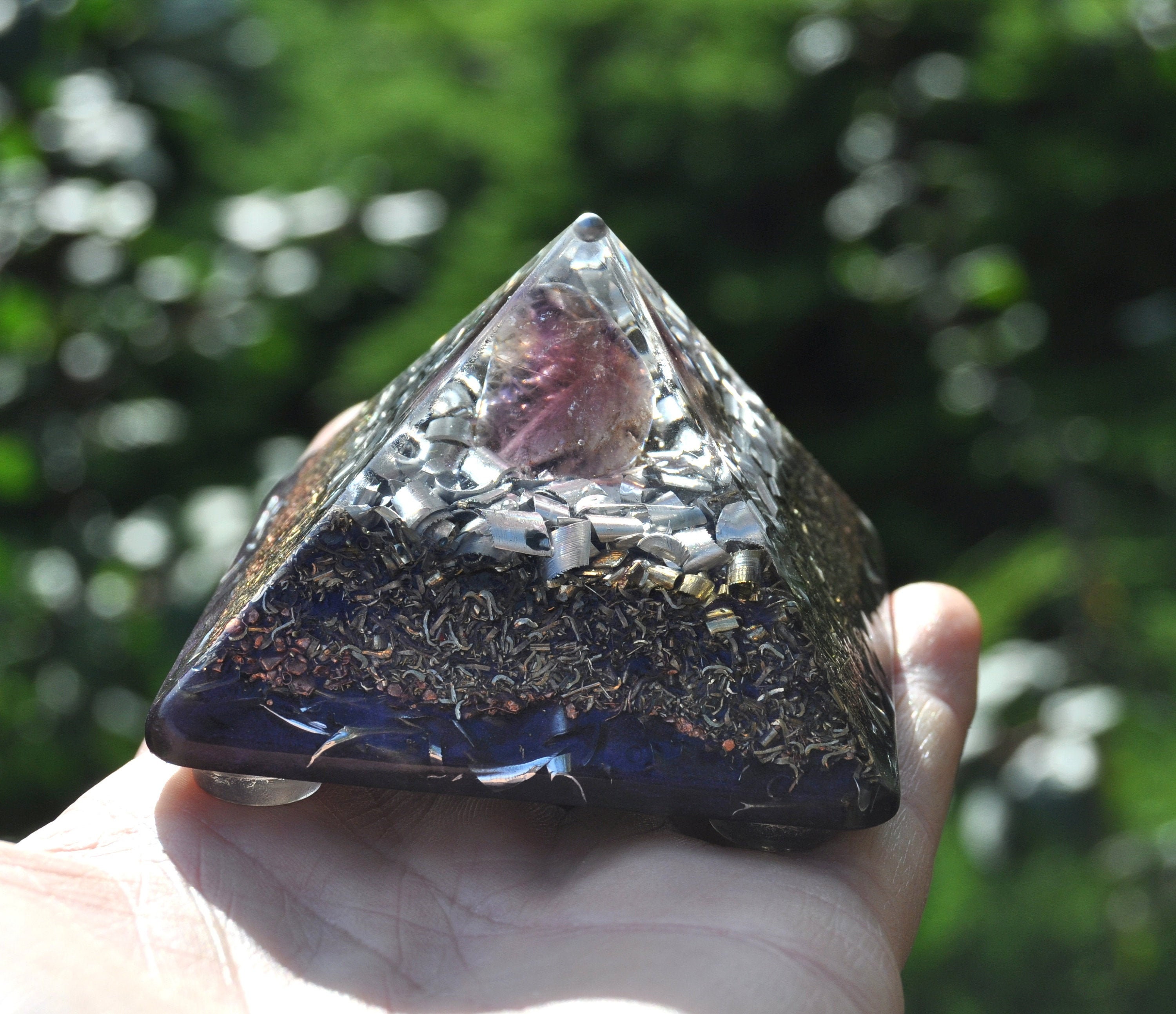 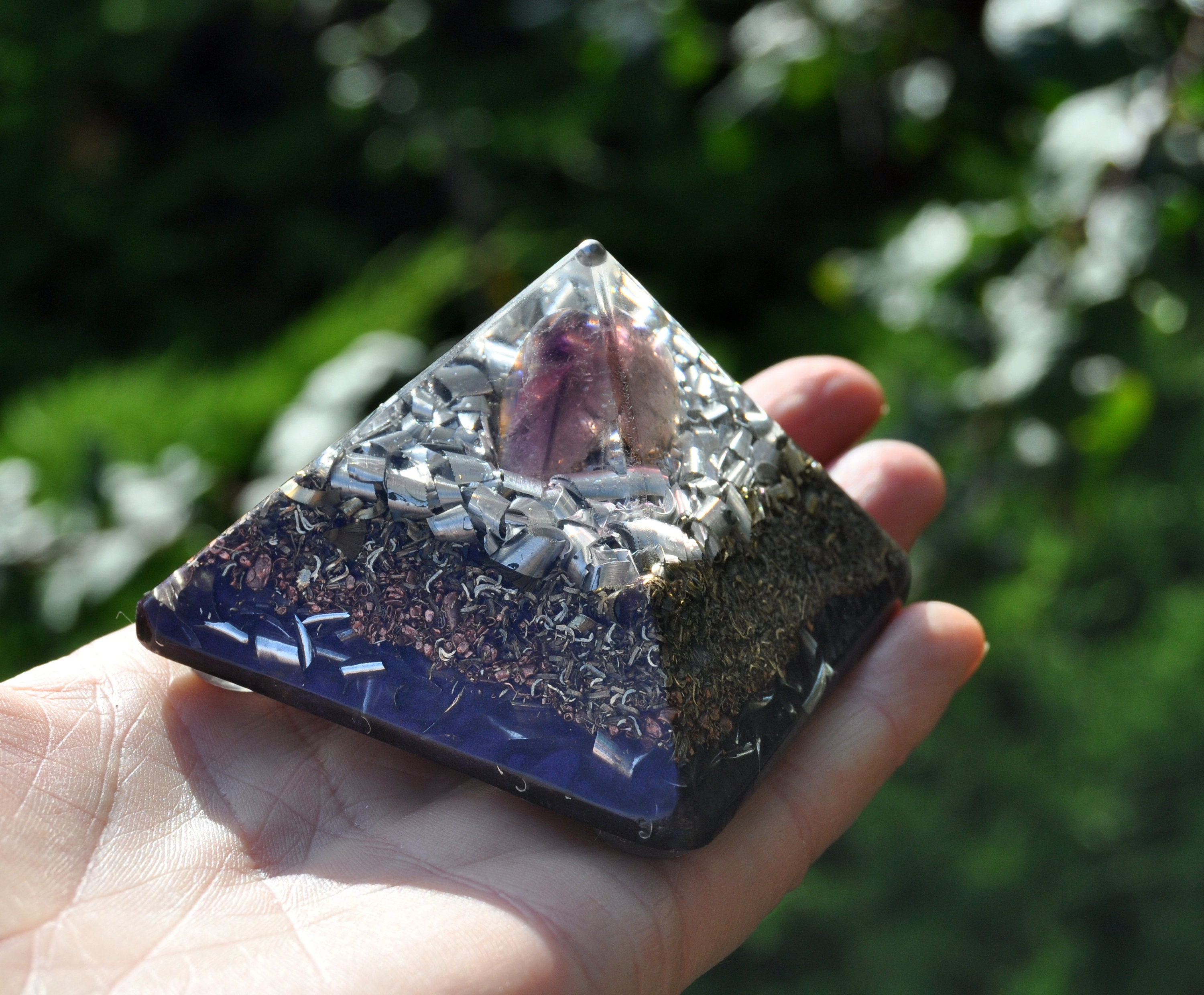 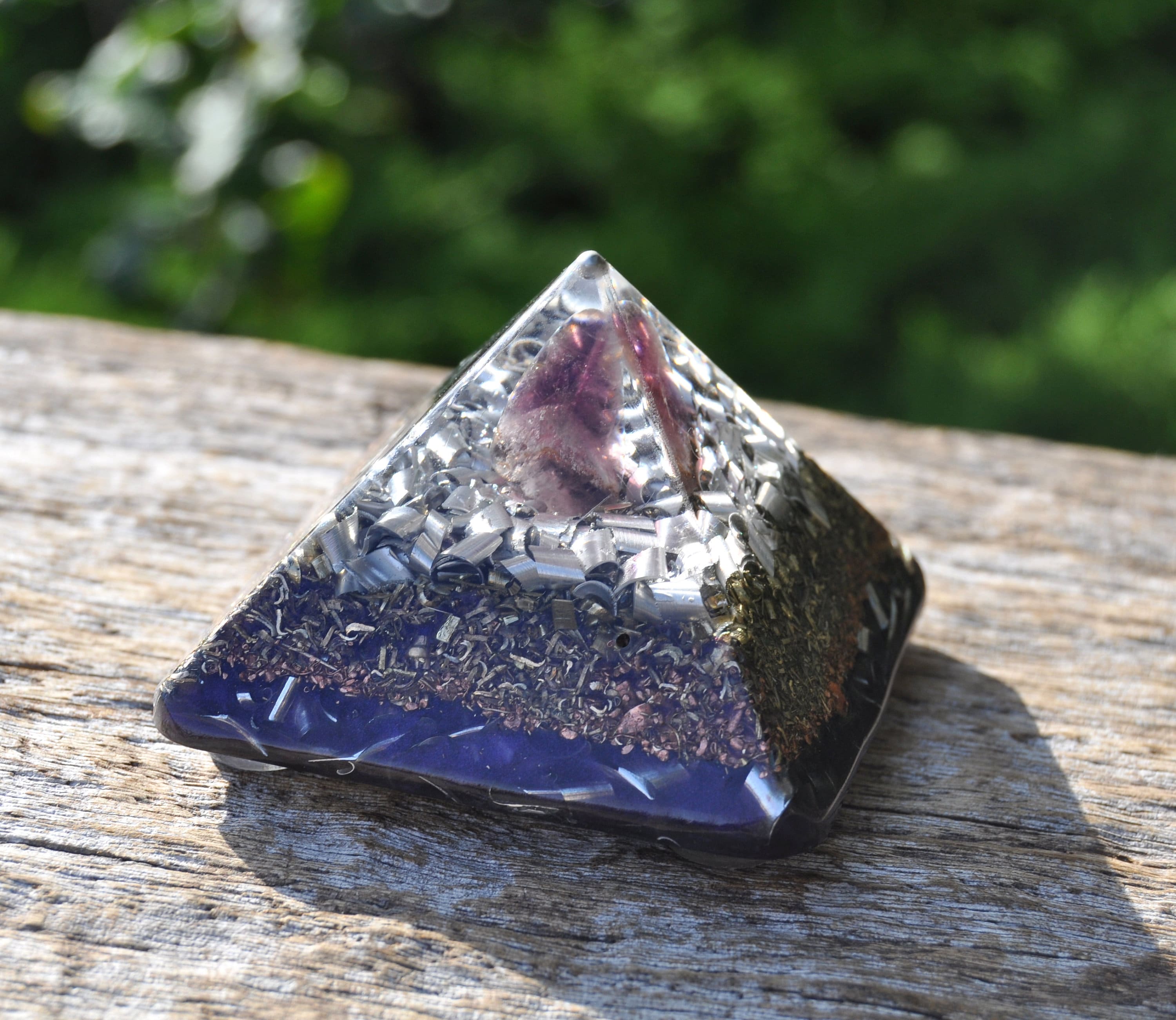 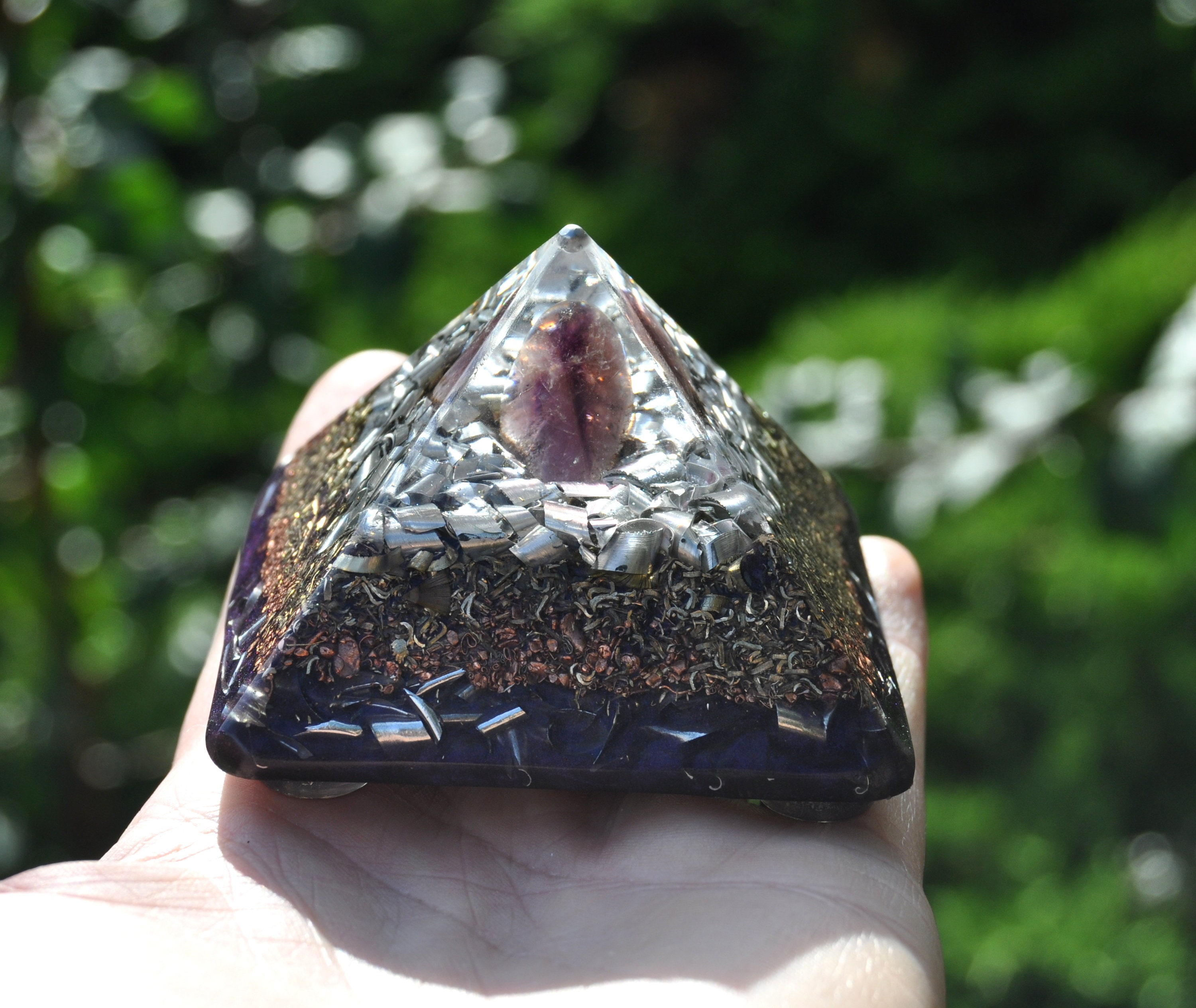 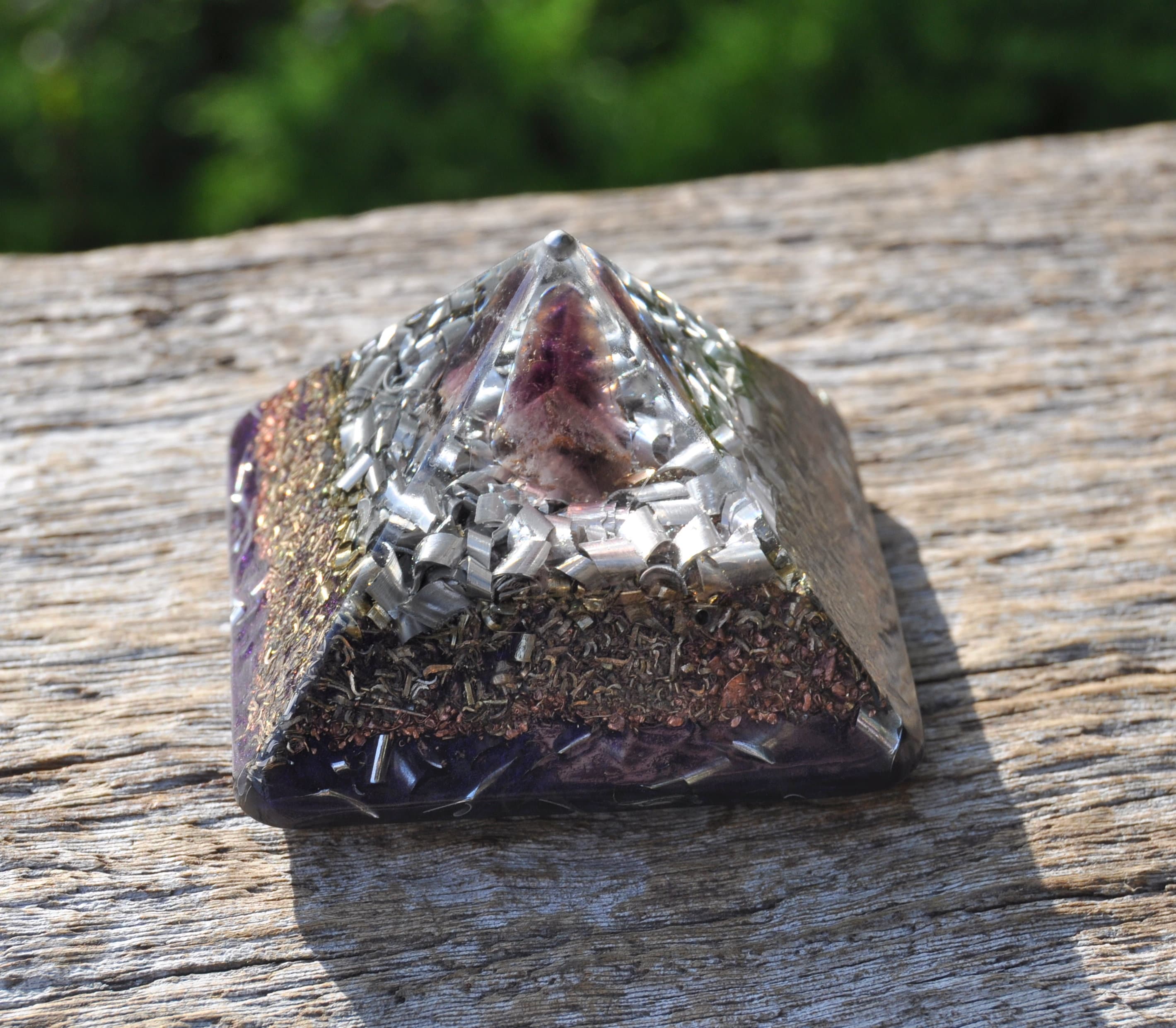 This is a unique Orgonite® pyramid that features a purple Amethyst in the middle and one stainless steel ball in the top which makes the energy come out in a round wide shape instead of a beam.