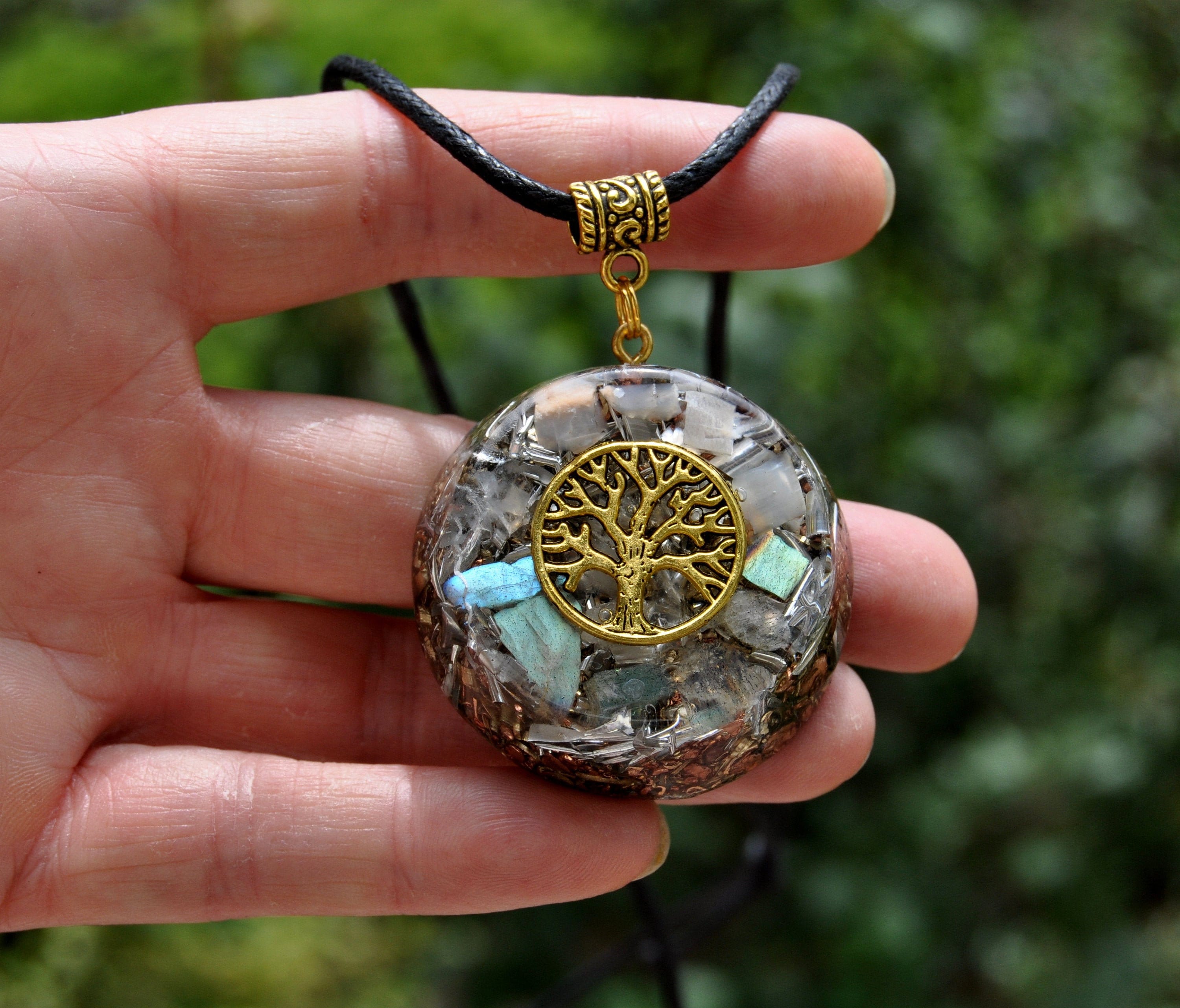 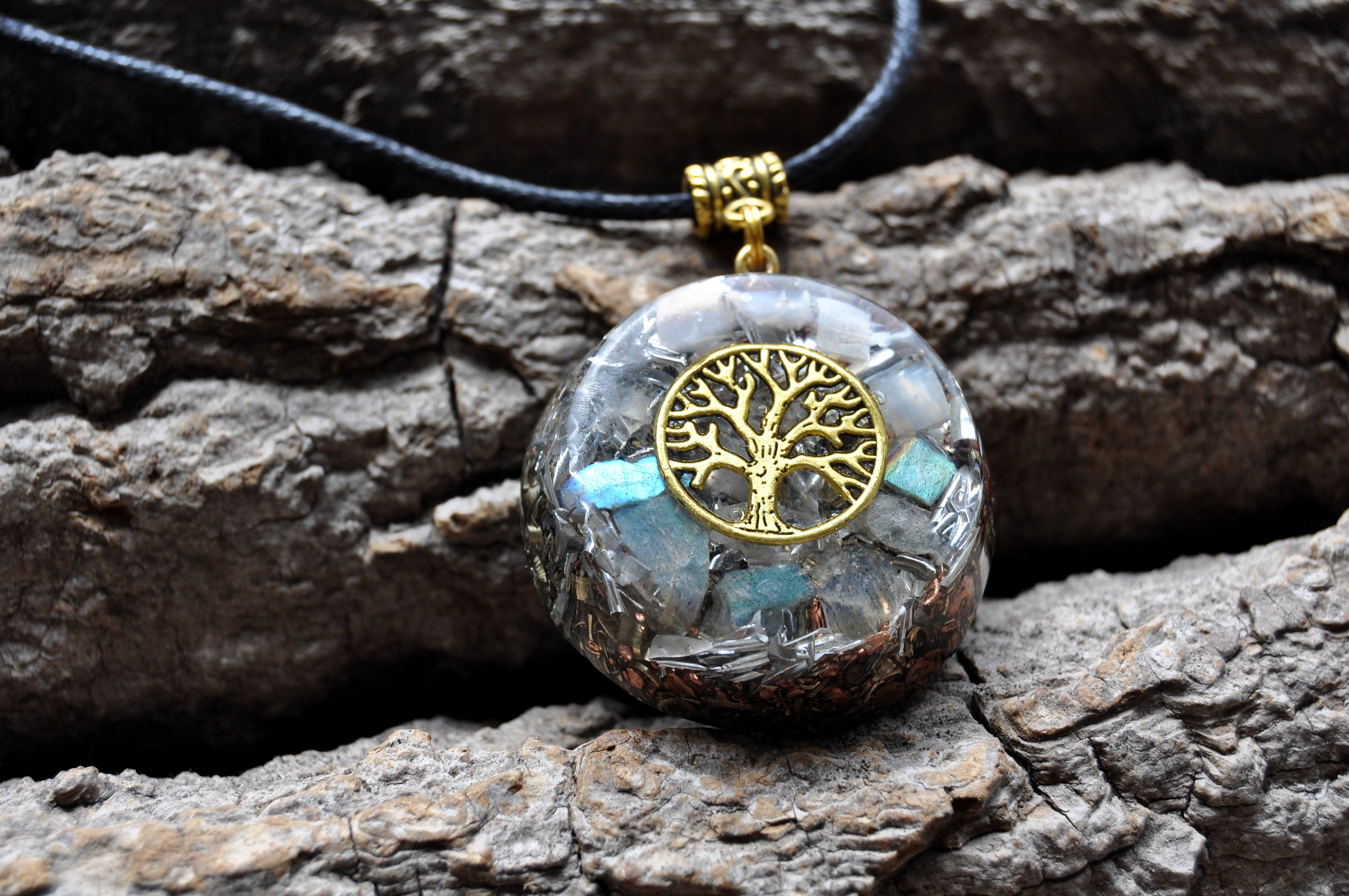 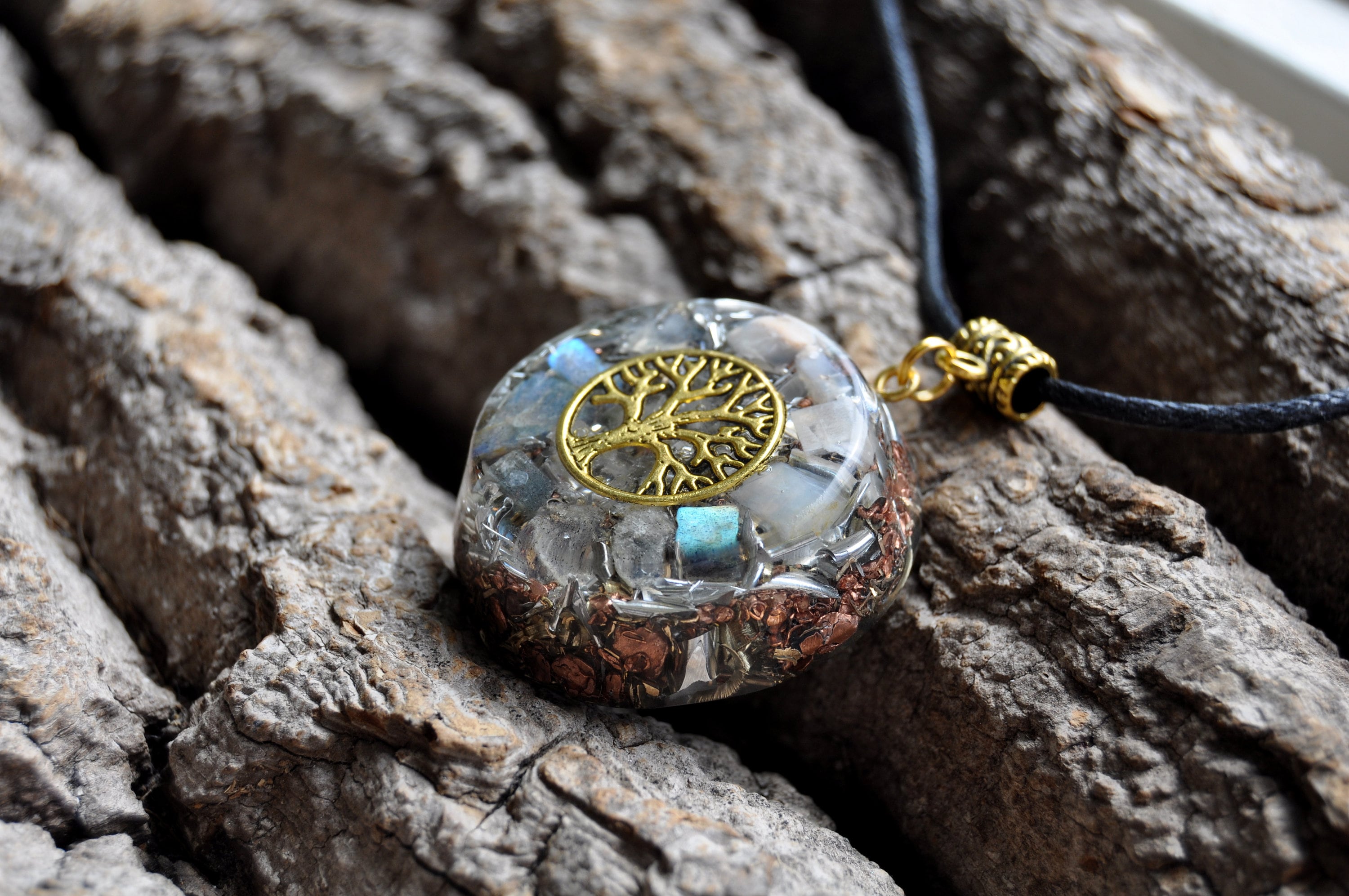 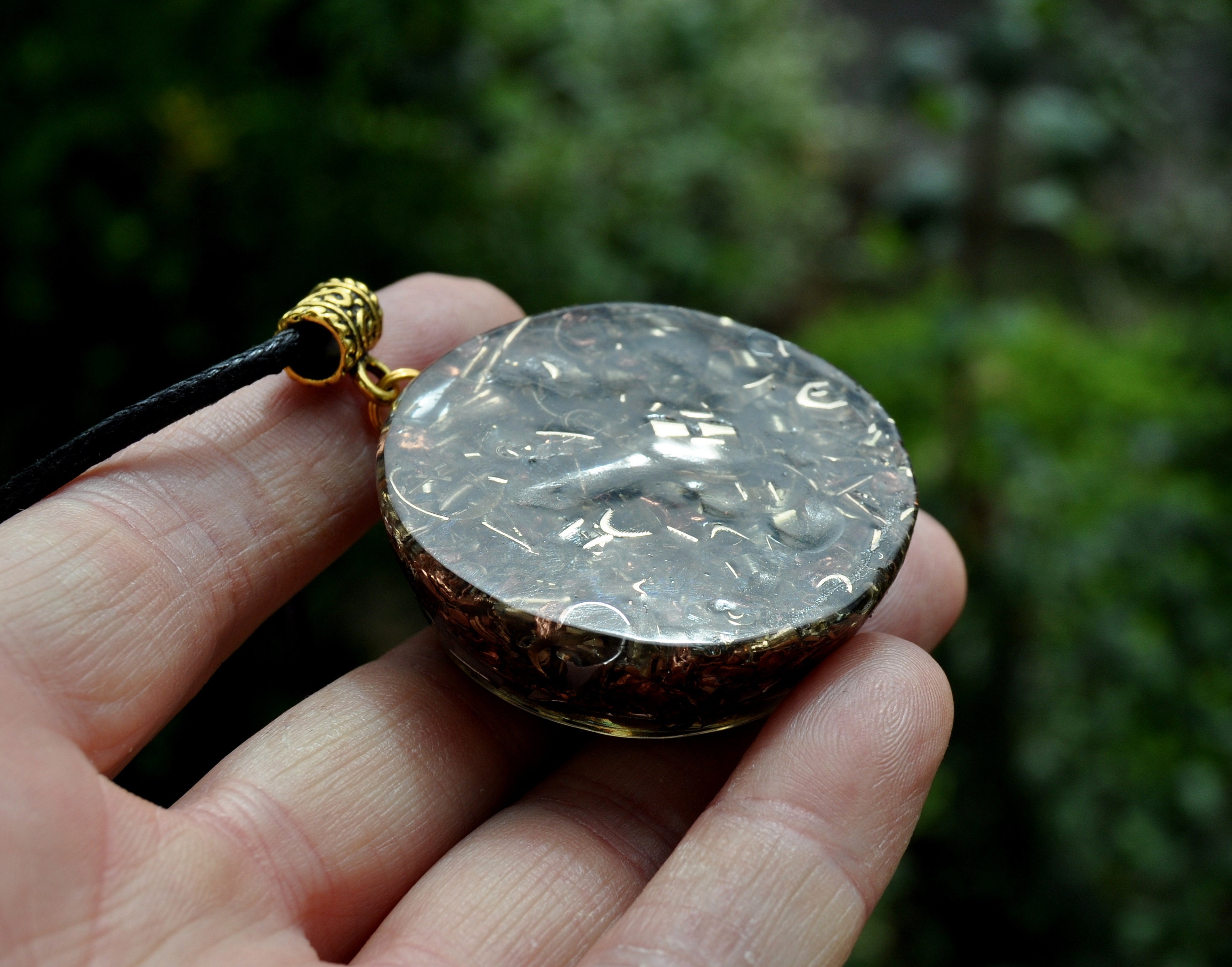 This beautiful 4 cm / 1.6" in diameter orgone pendant contains aluminium, brass, bronze and copper shavings. It also contains real Moonstone in the front and also Labradorite (that has some lovely irisdescent bue colors when hold a certain way in the light), Rose Quartz (self - love), Pyrite (to enhance), black Tourmaline (to protect and ground excess energy) ,Rhodizite (to enhance) and clear quartz (for piezo-electric effect) all within a durable resin setting.

It consists of lots of metal shavings which is required for the pendant to properly clear stagnant energy according to William Reich's research.

It has been hand sanded through 13 sets of fine polishing paper so it is shiney and silky smooth.

Will be shipped with Priority shipping.