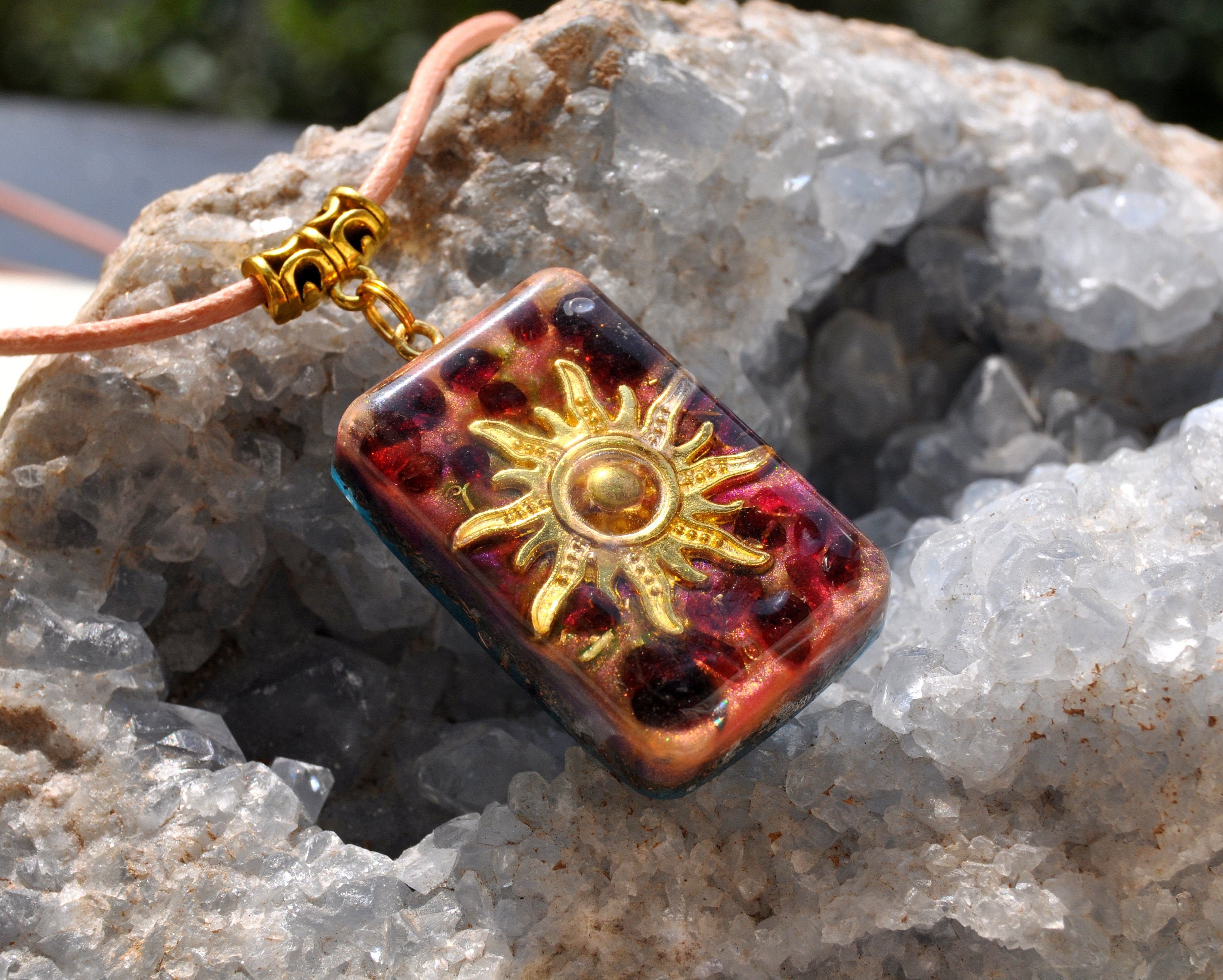 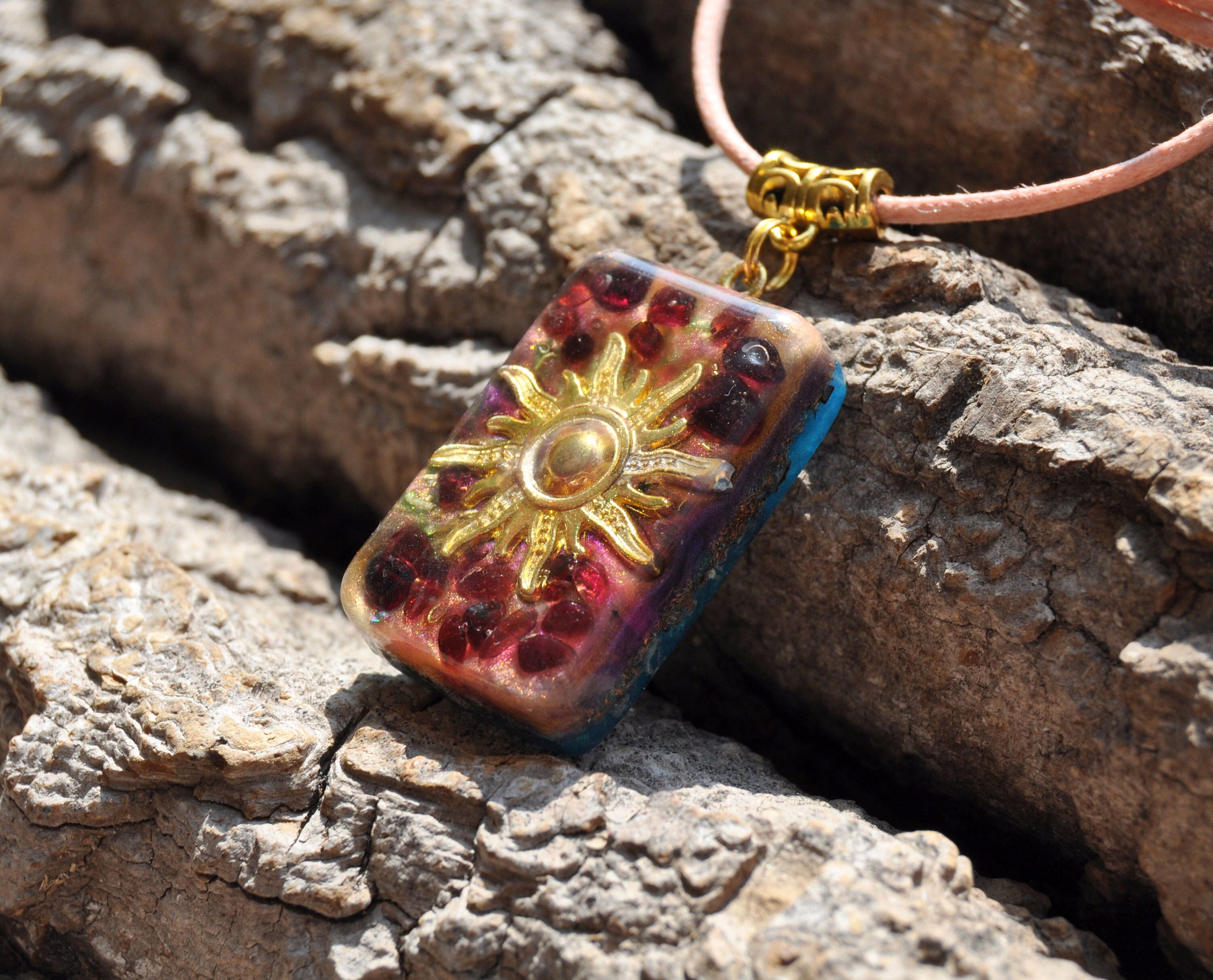 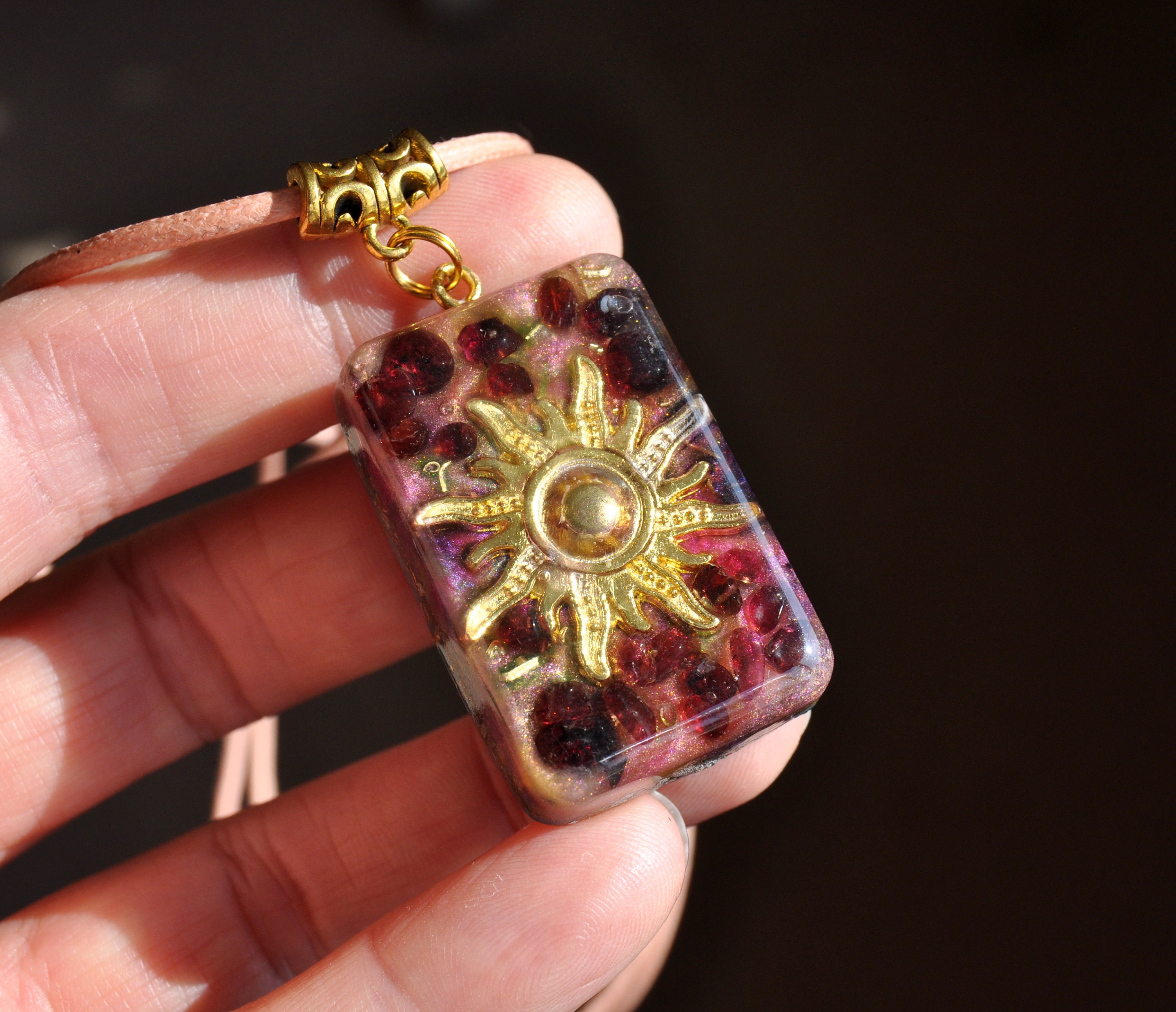 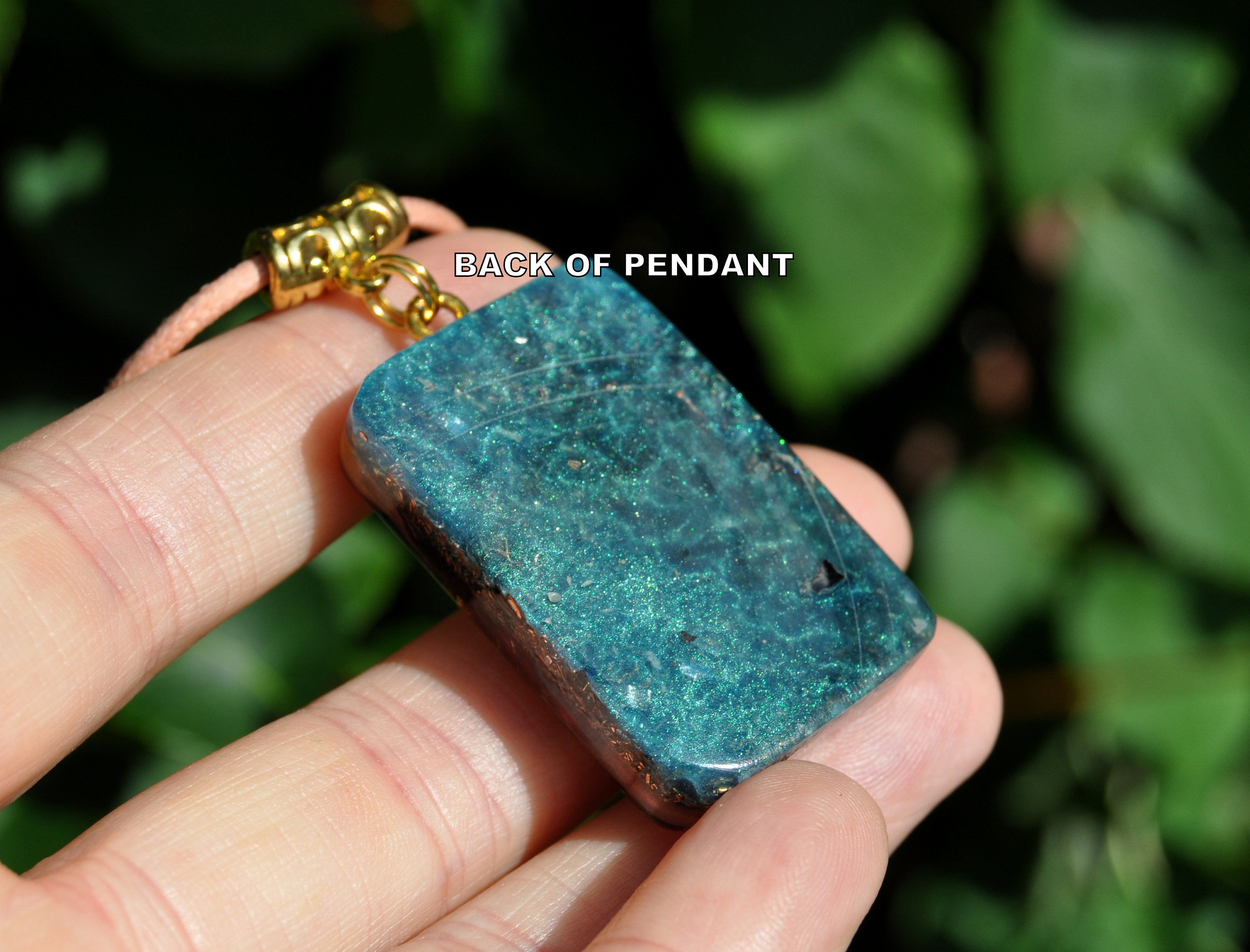 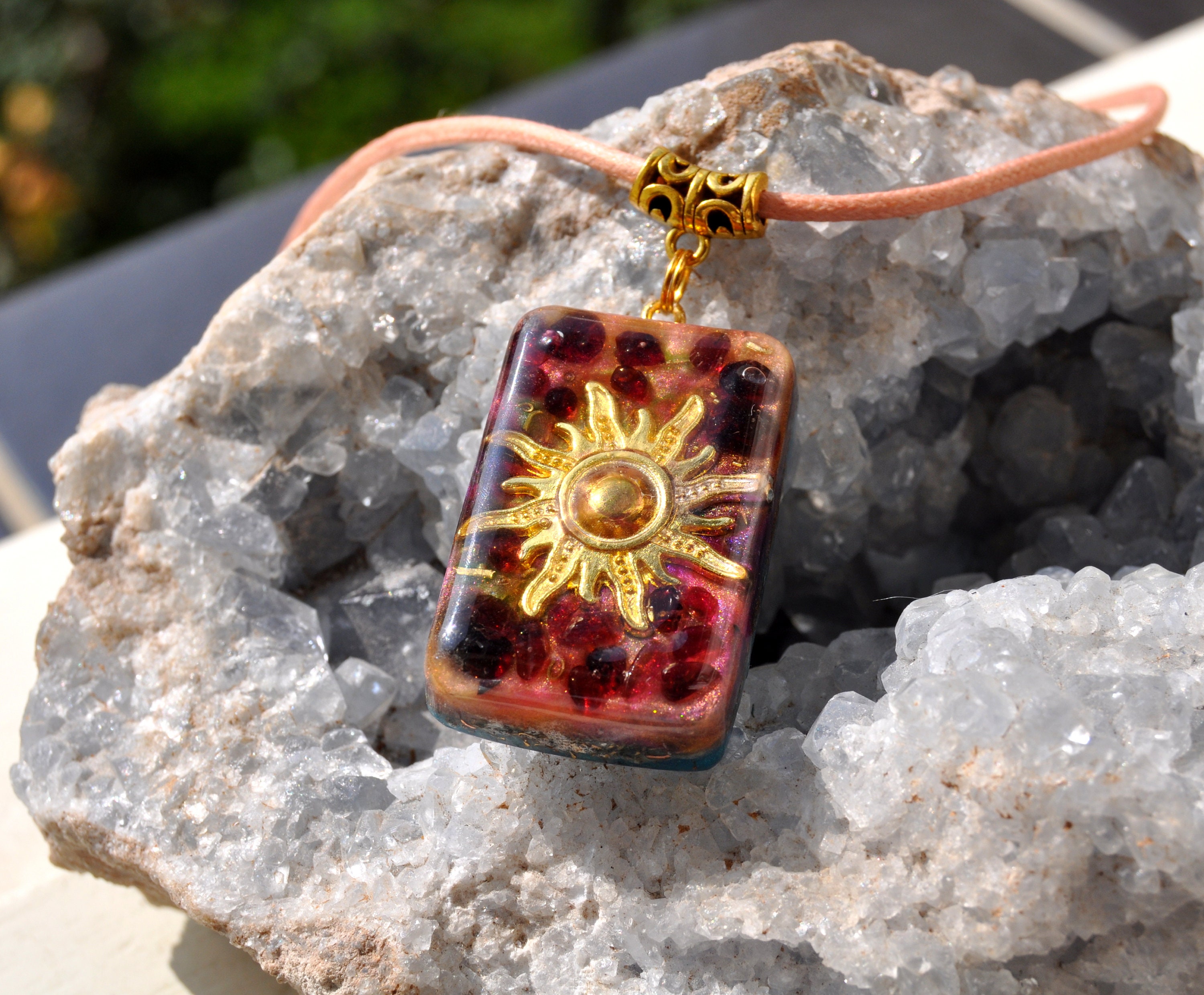 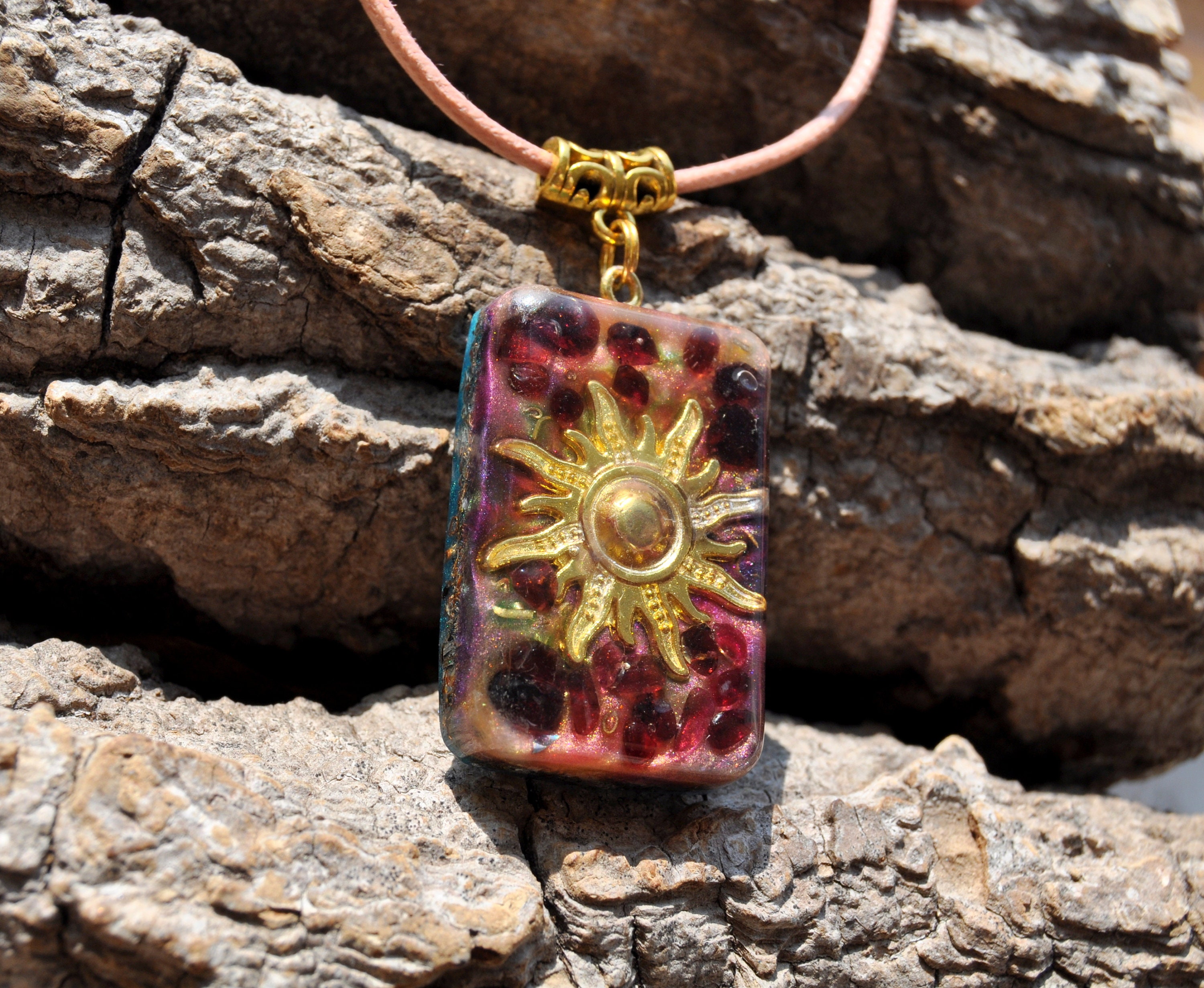 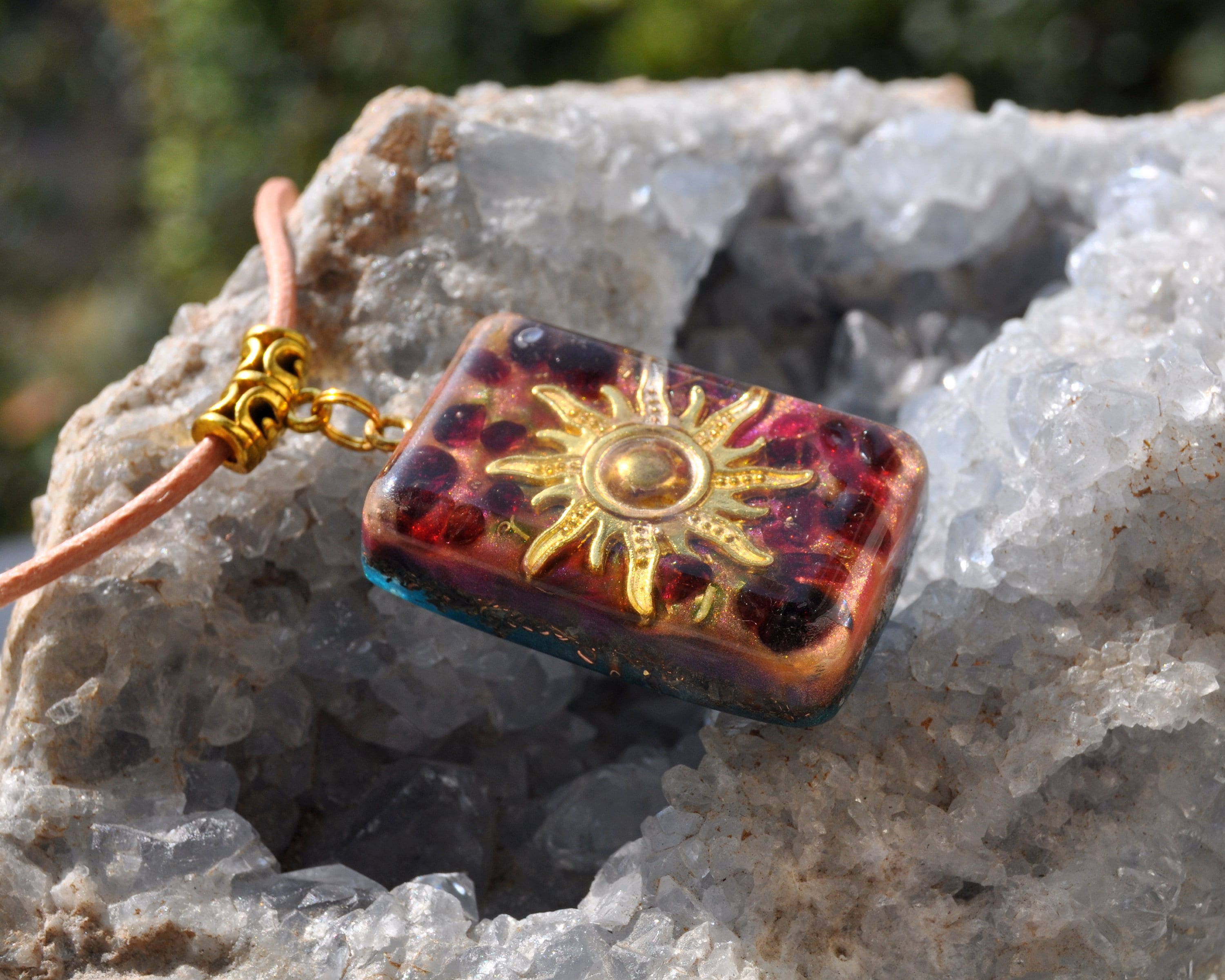 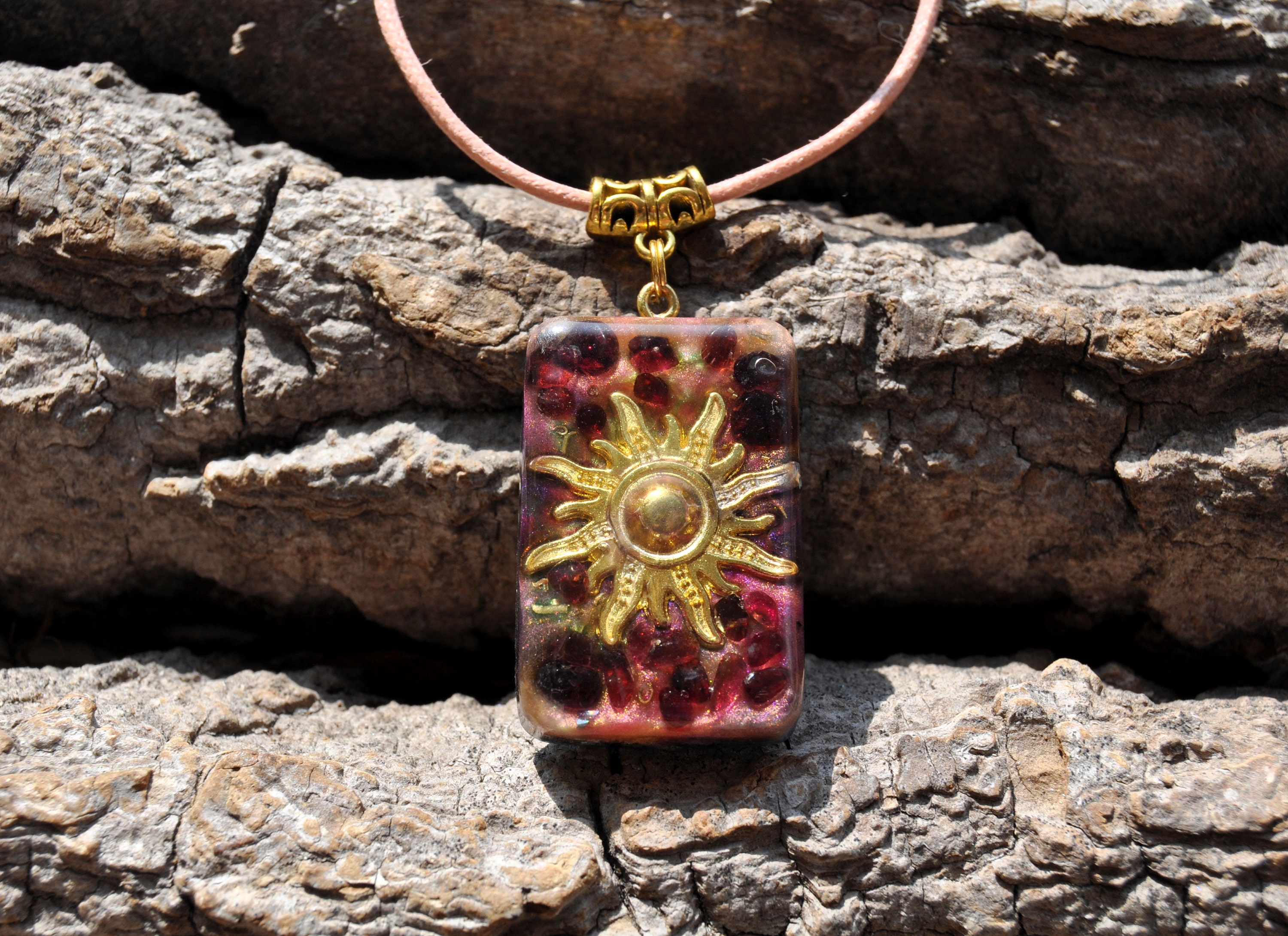 The main stone is raw Almandine / Red Garnet crystals which you can see in the front around the Sun symbol. It furthermore contains black Tourmaline (protects and grounds excess energy), ,Pyrite (to enhance), black Tourmaline (protection), Elite Shungite (emf protection), Rhodizite (to amplify), Selenite (to clear and charge the other stones) all within a durable resin setting.