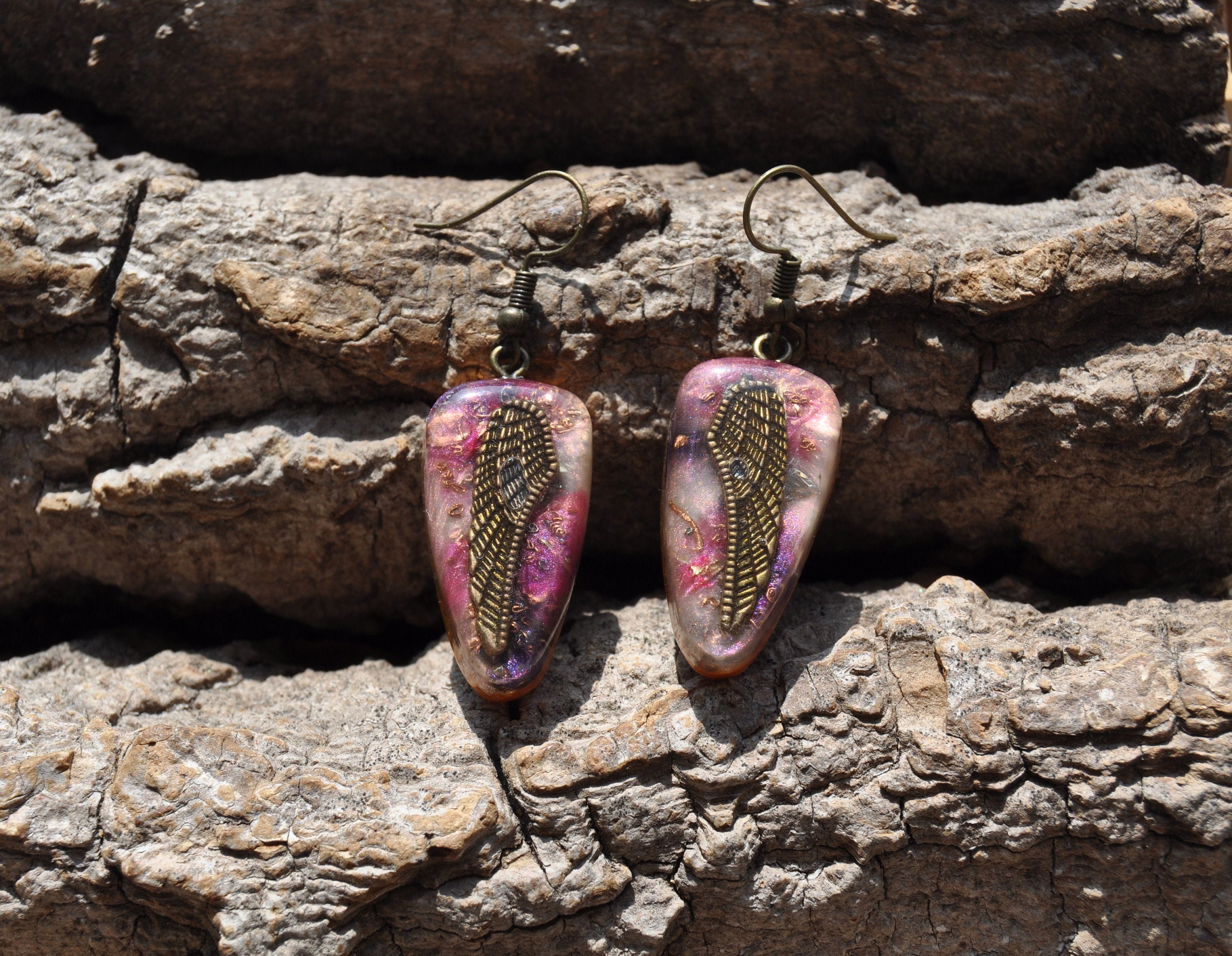 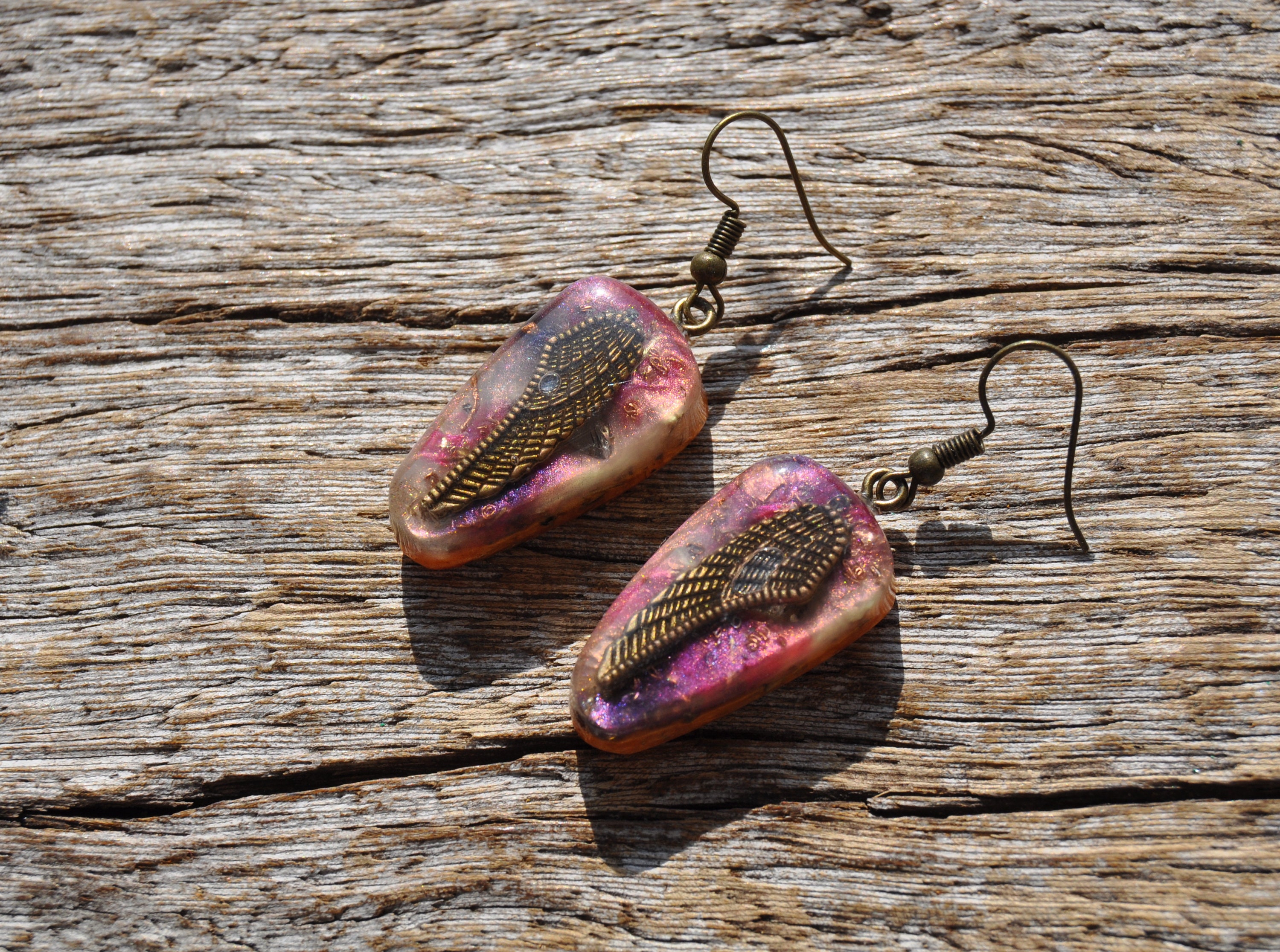 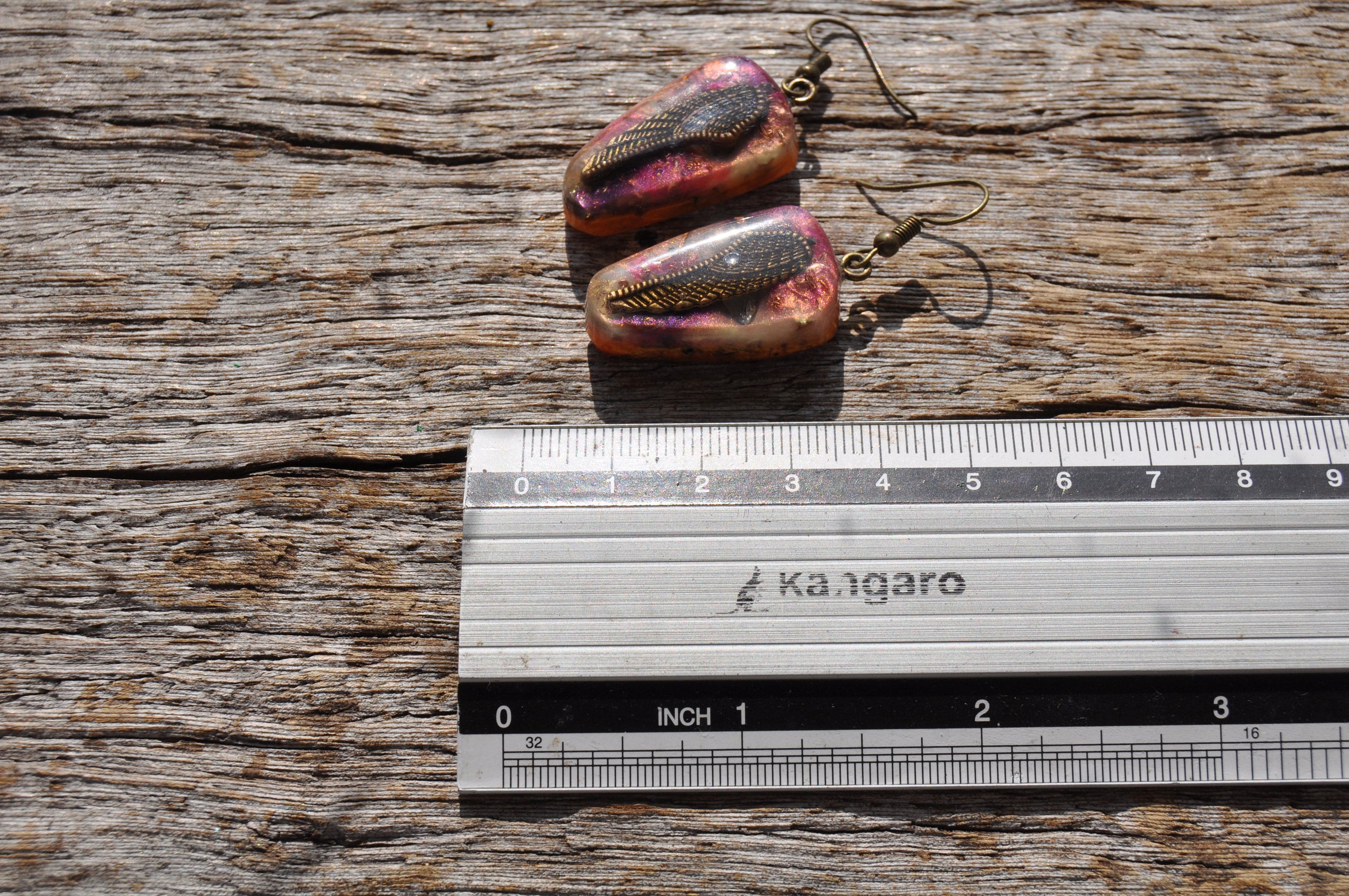 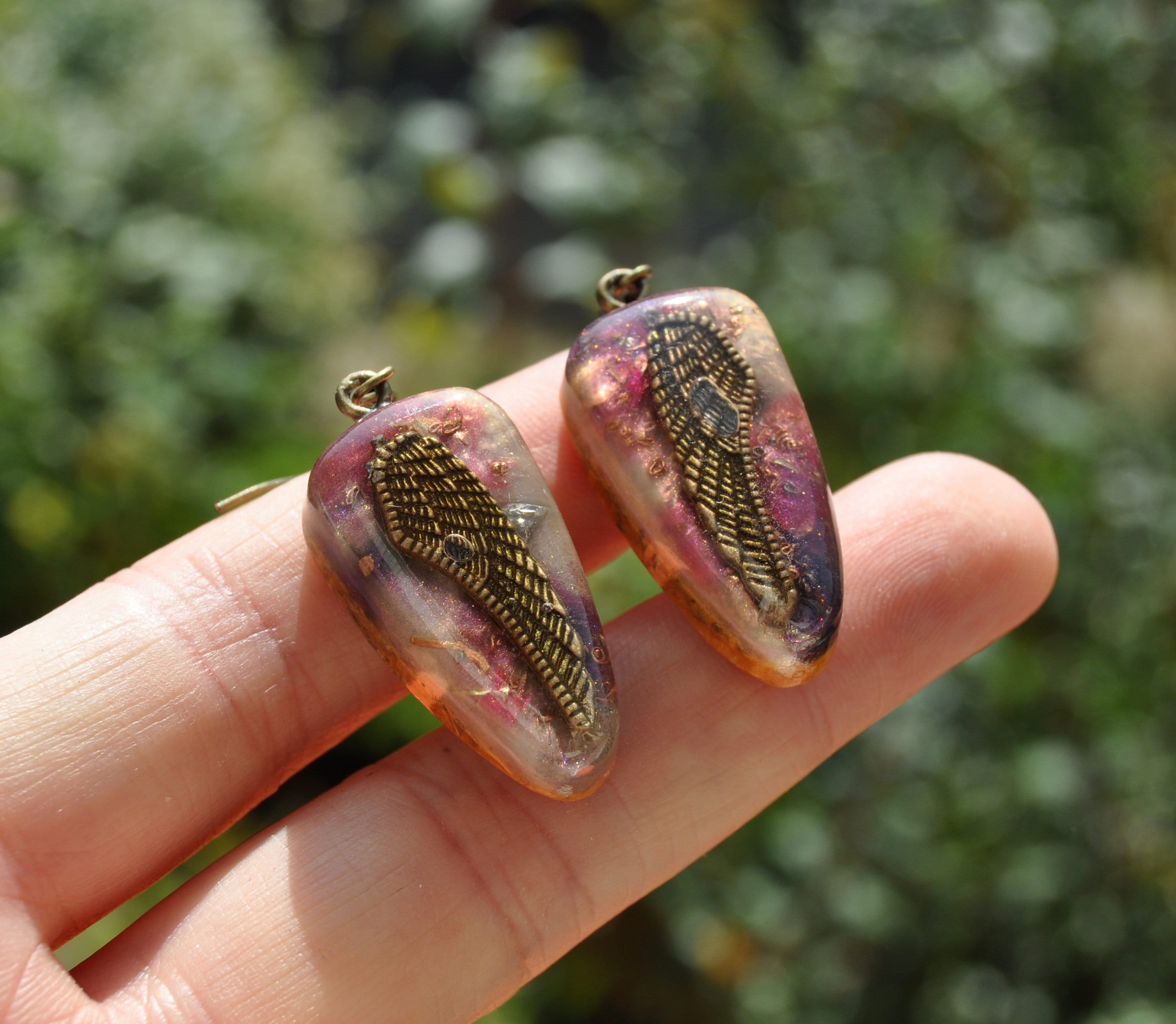 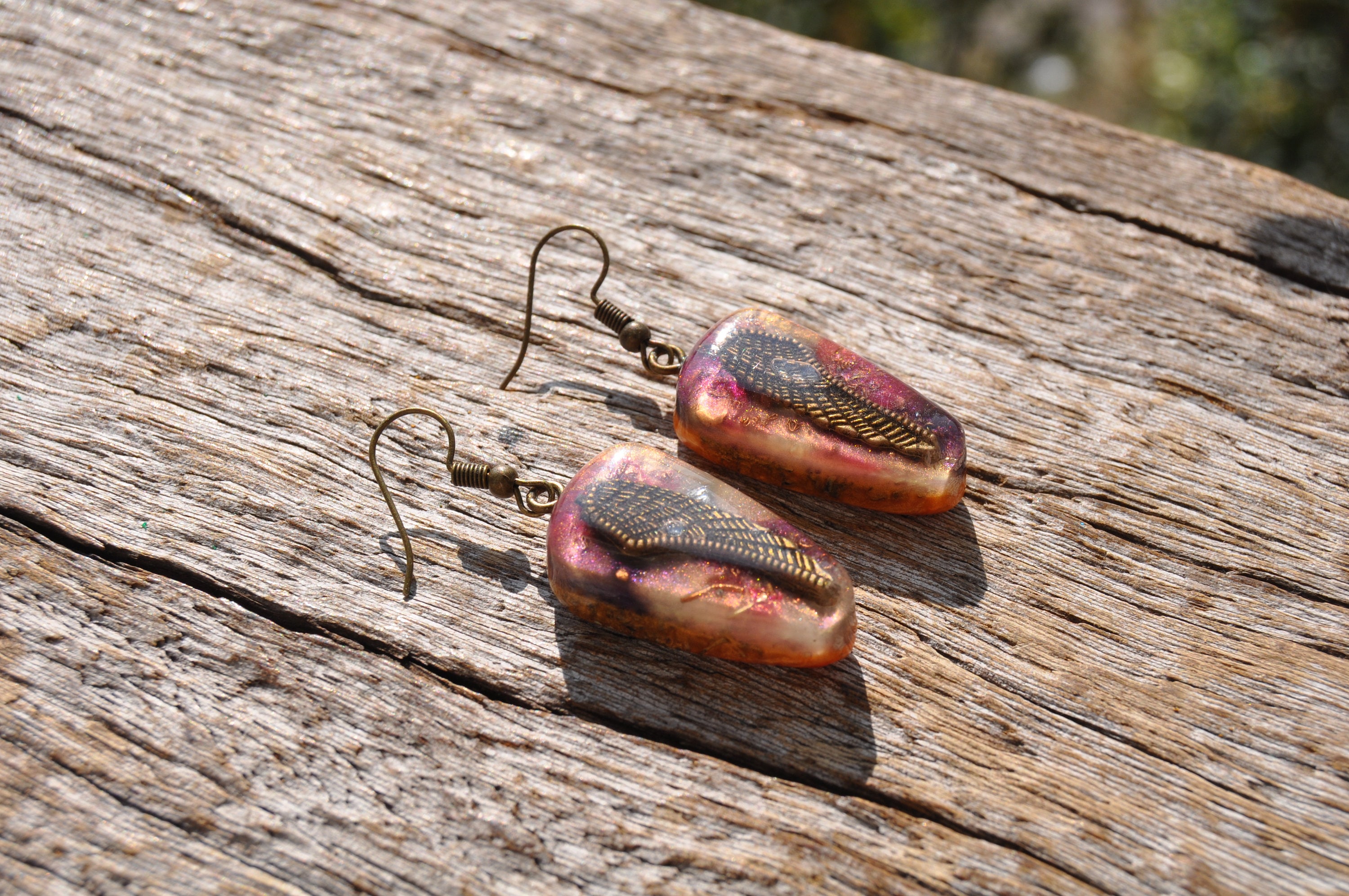 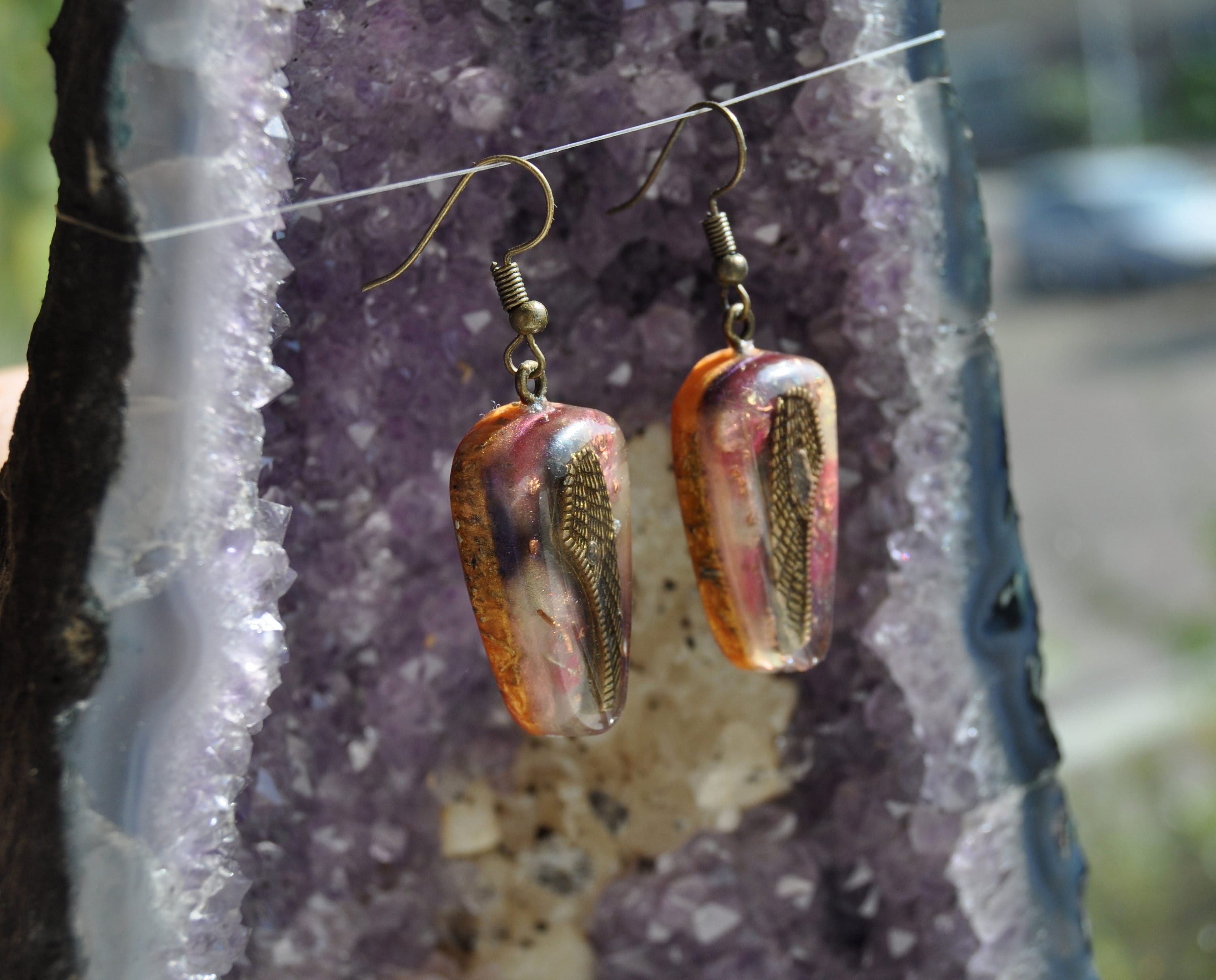 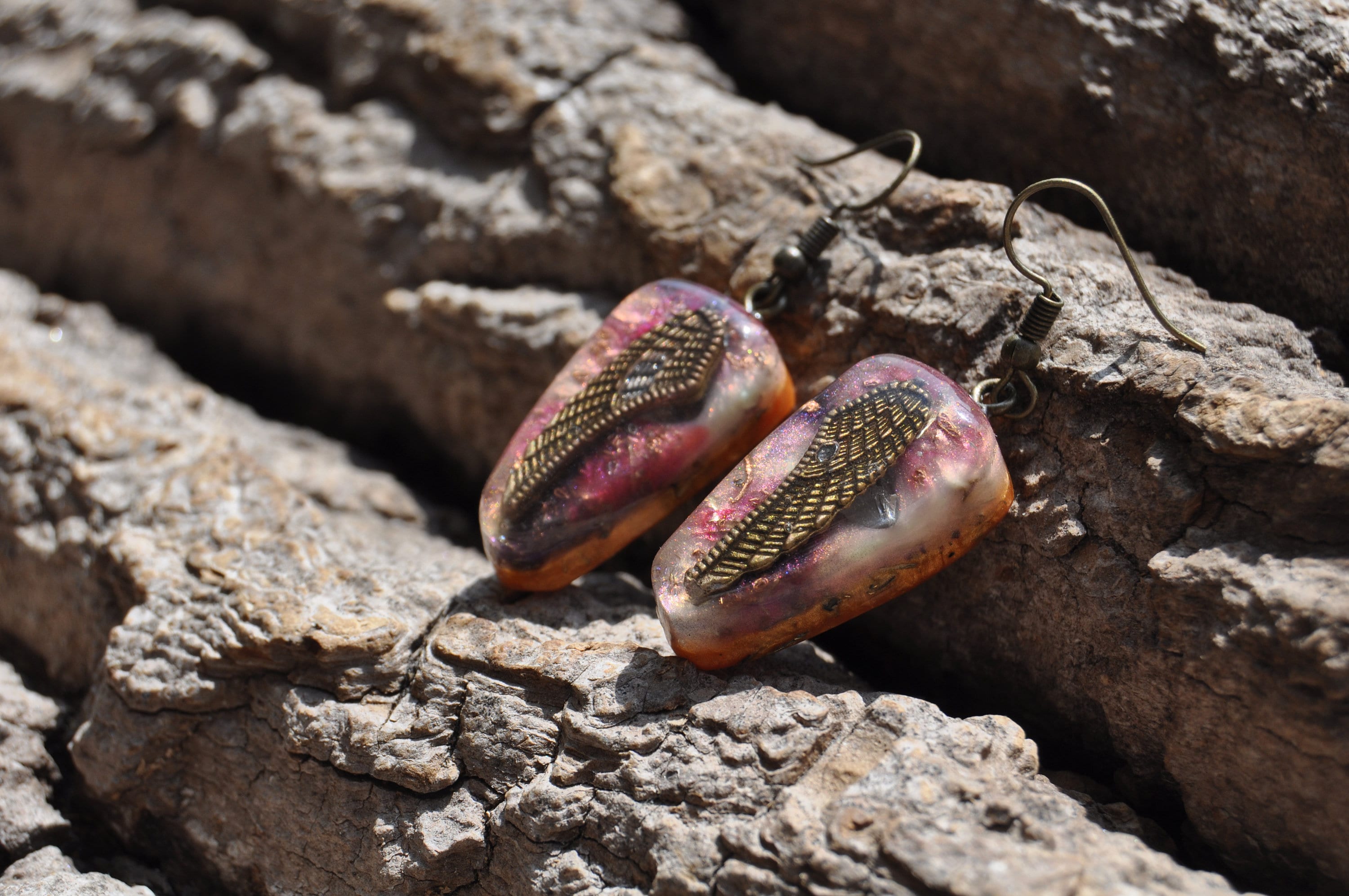 These cute orgone earrings are one of a kind and consist of various metal shavings, durable resin and clear Quartz.


One earring pendant measures 2,7 cm (1,1 inch) from top to bottom and they have been hand sanded through 7 sets of fine polishing paper so it is shiney and silky smooth. It is created with loving intent to transform people’s lives for the better.