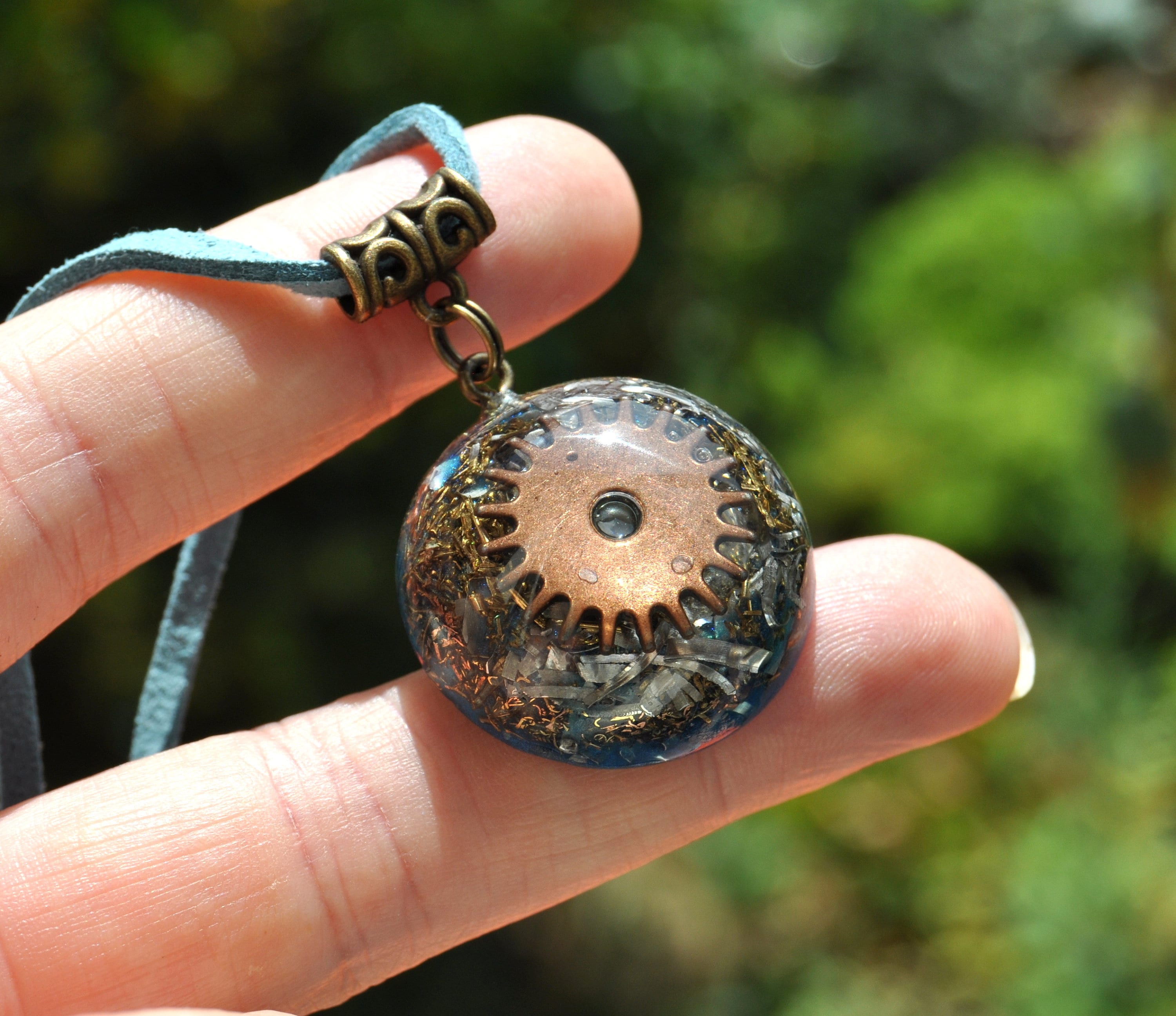 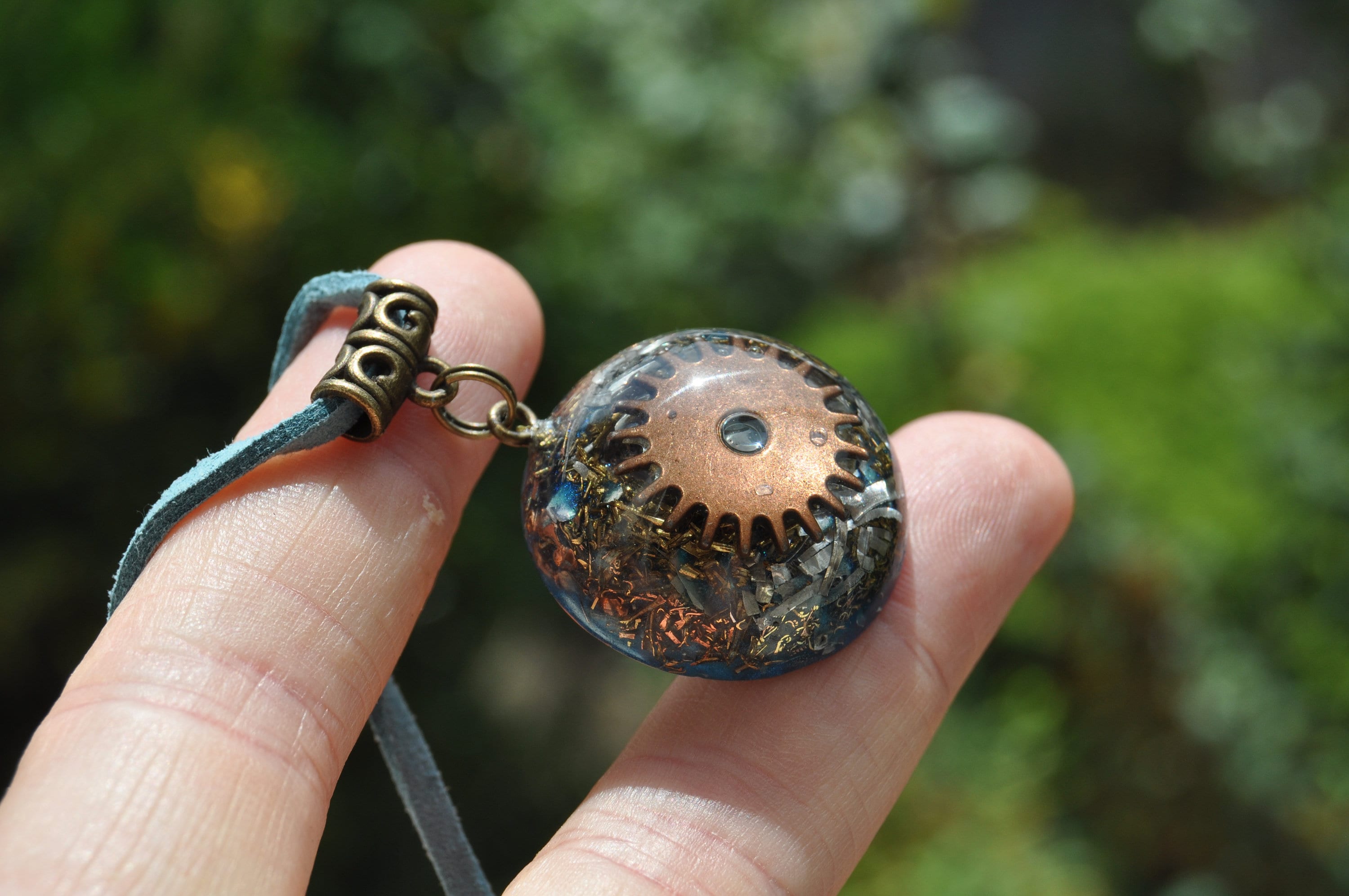 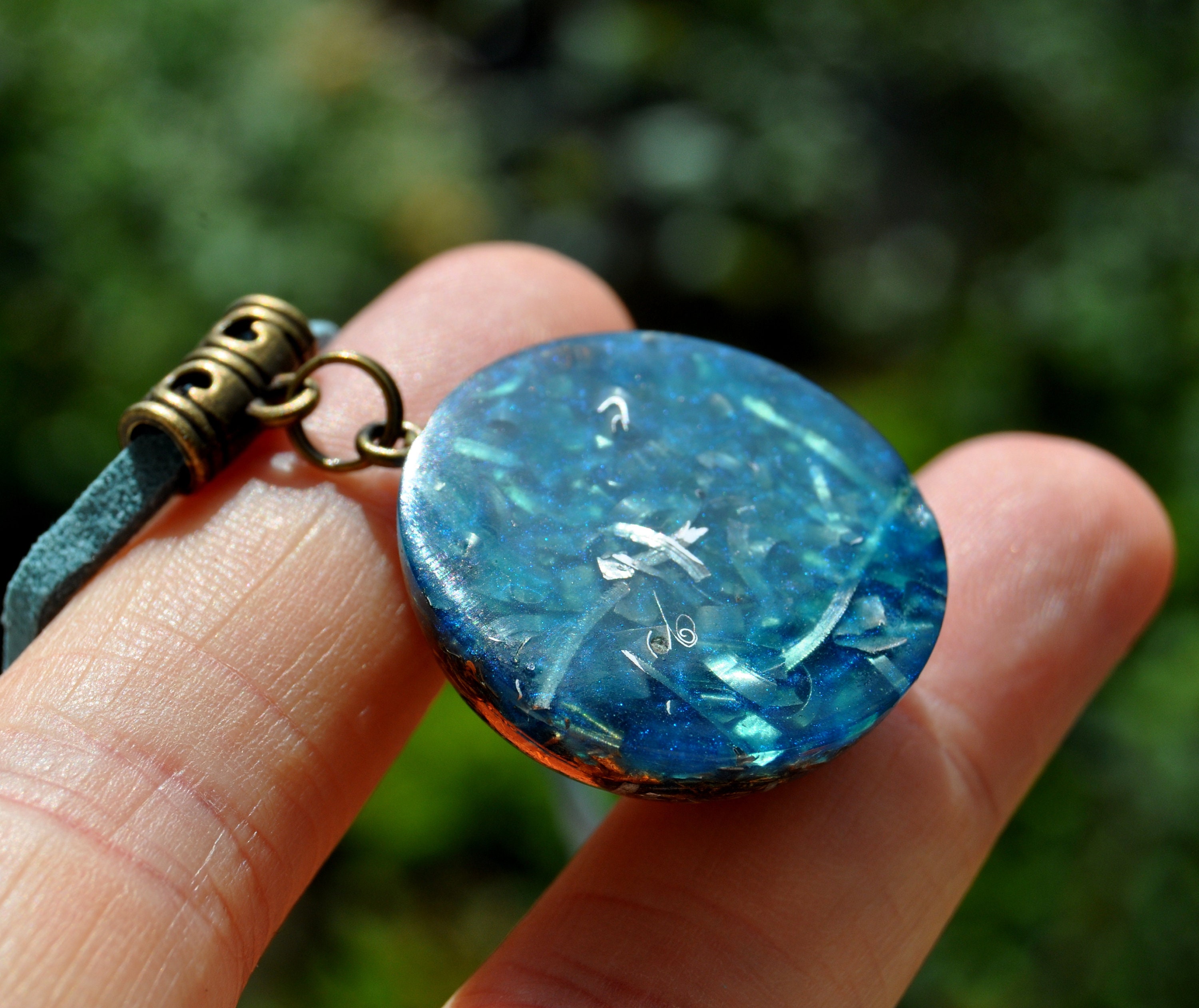 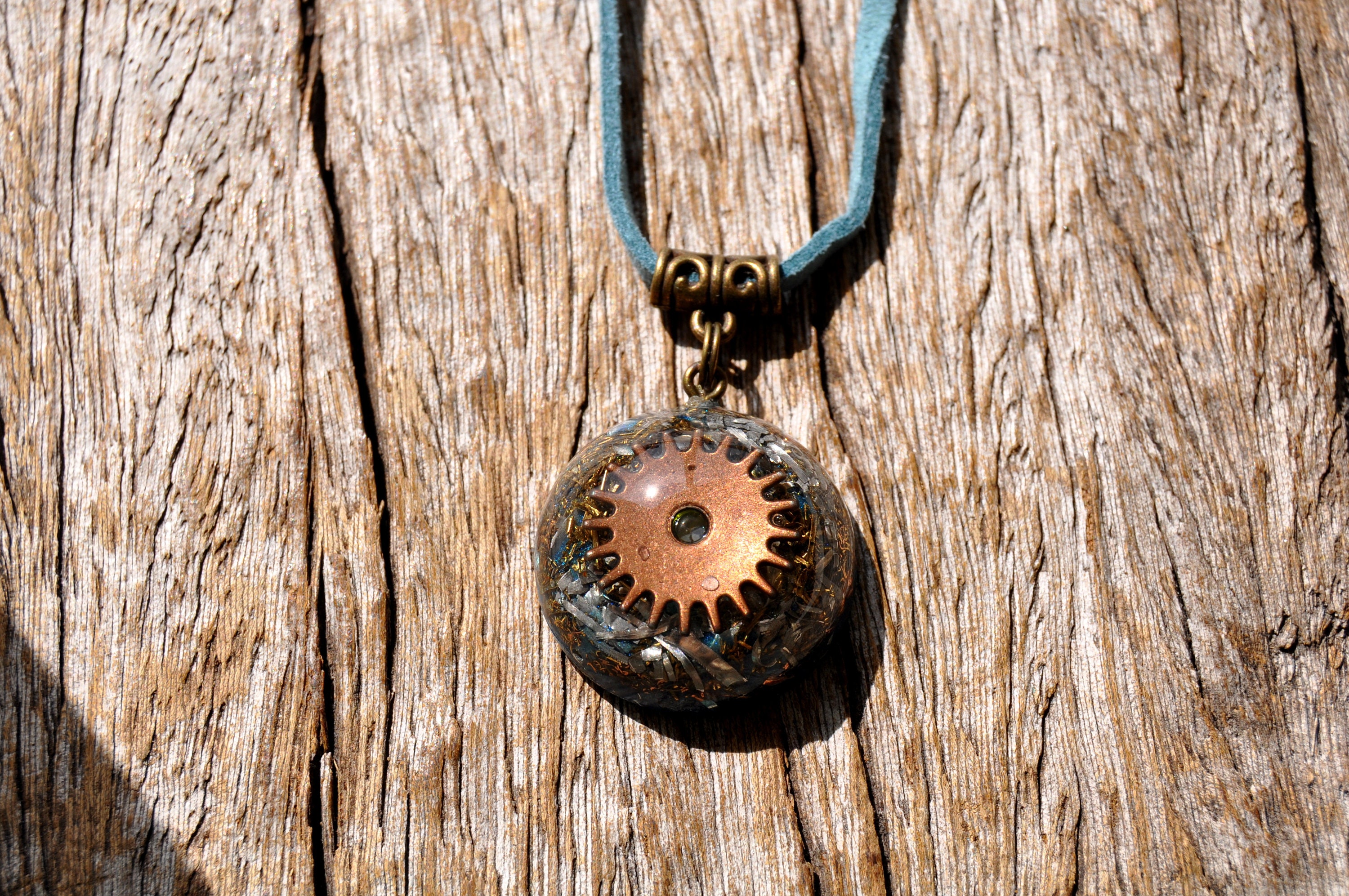 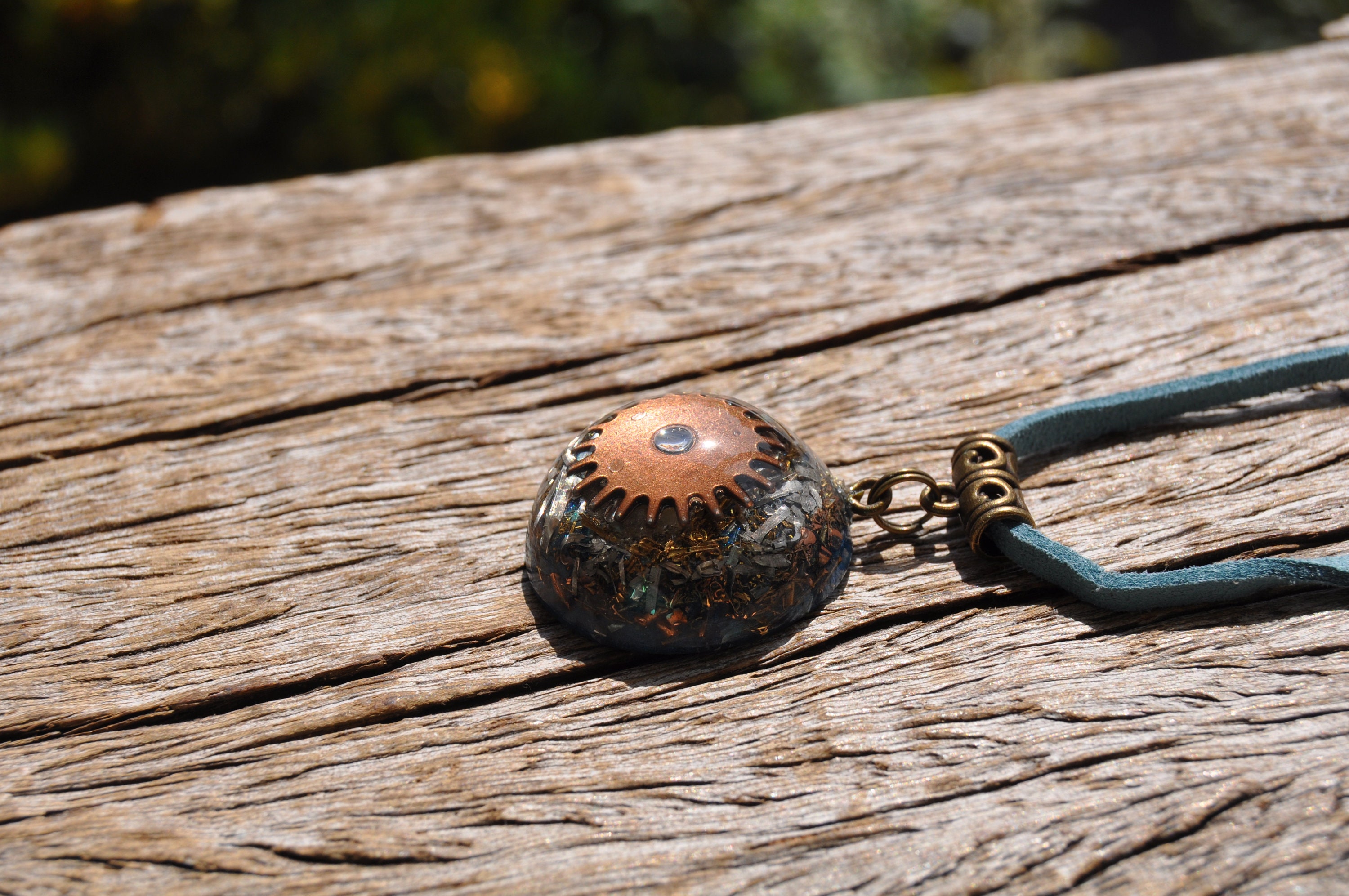 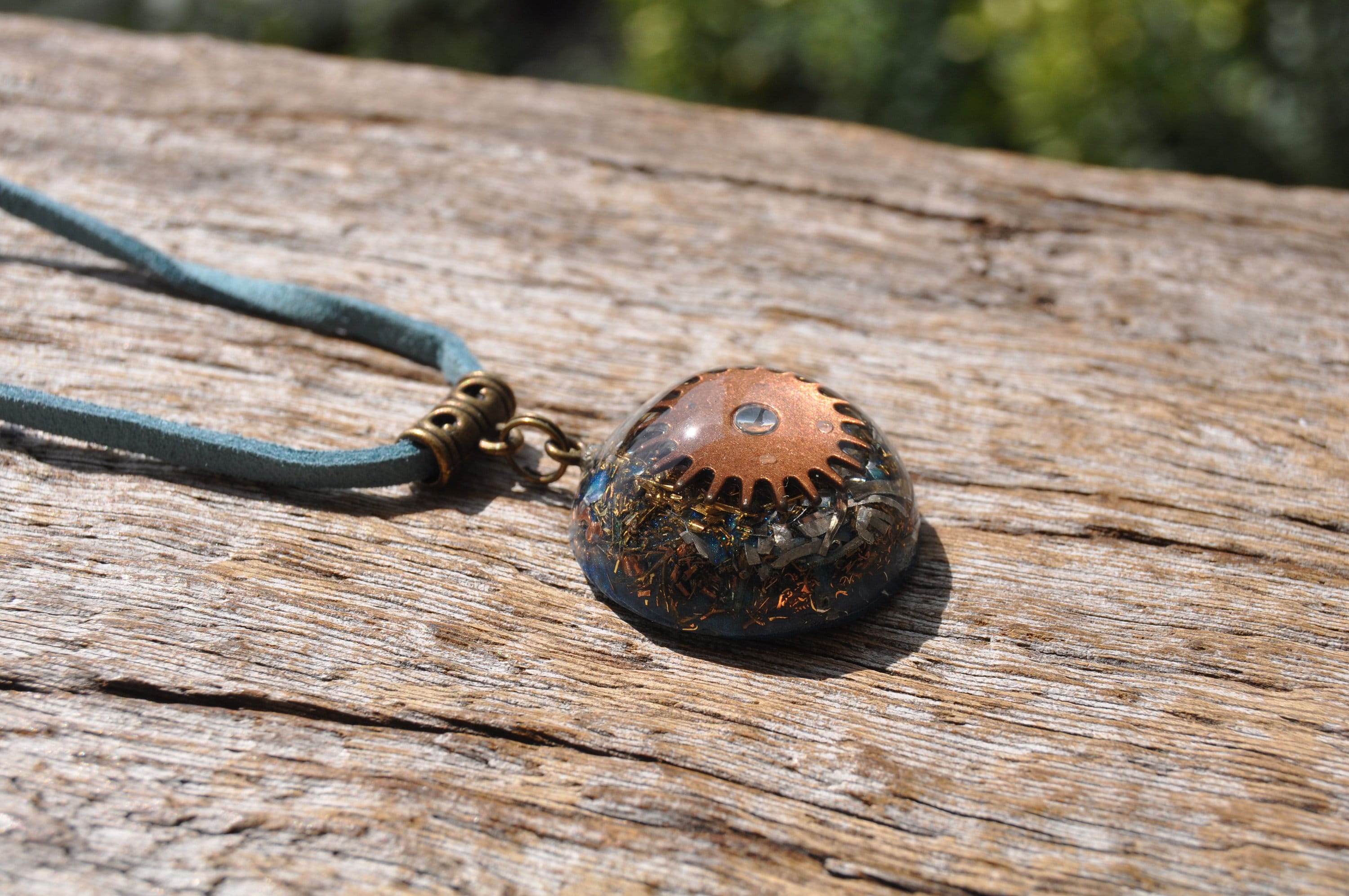 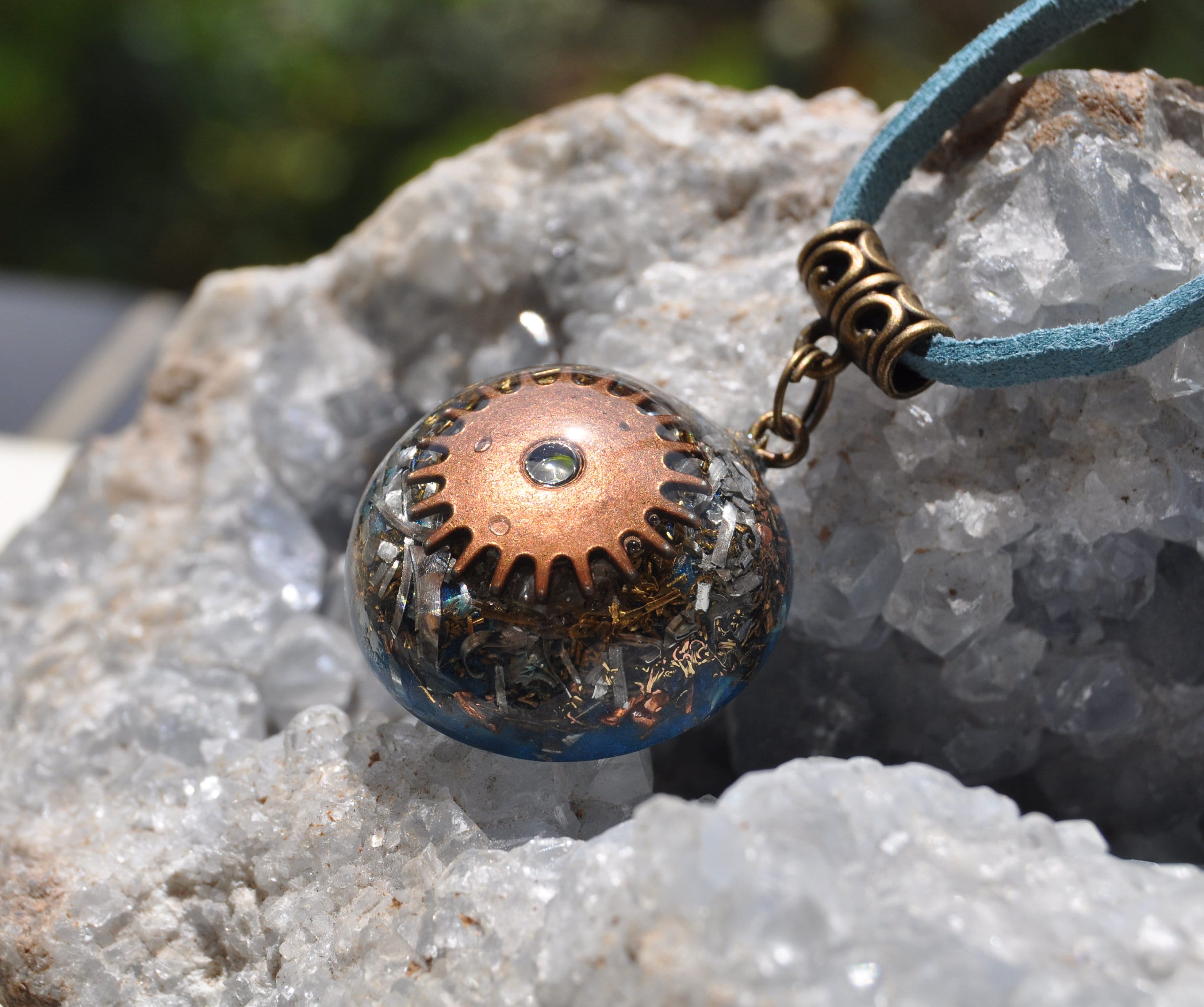 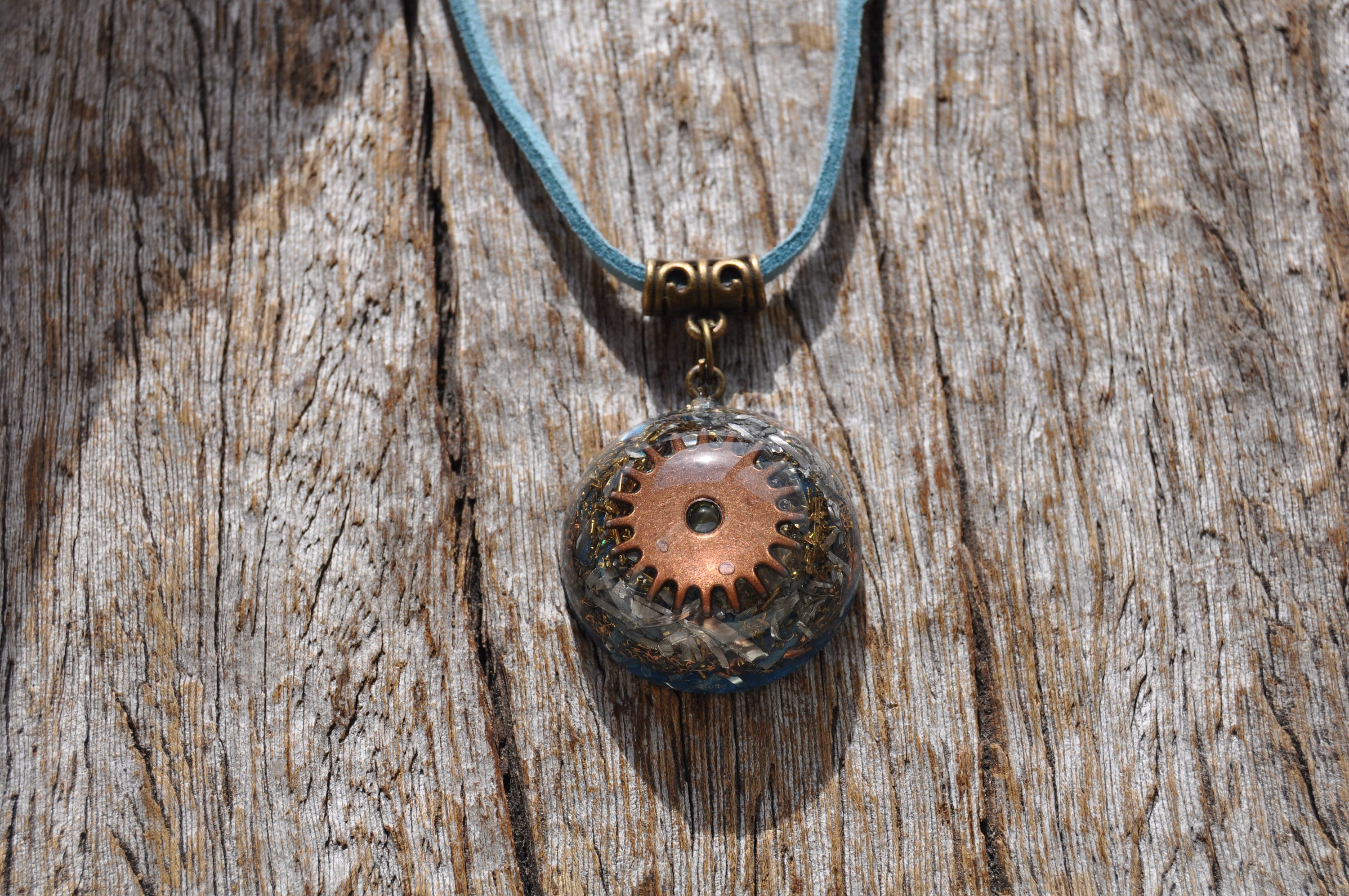 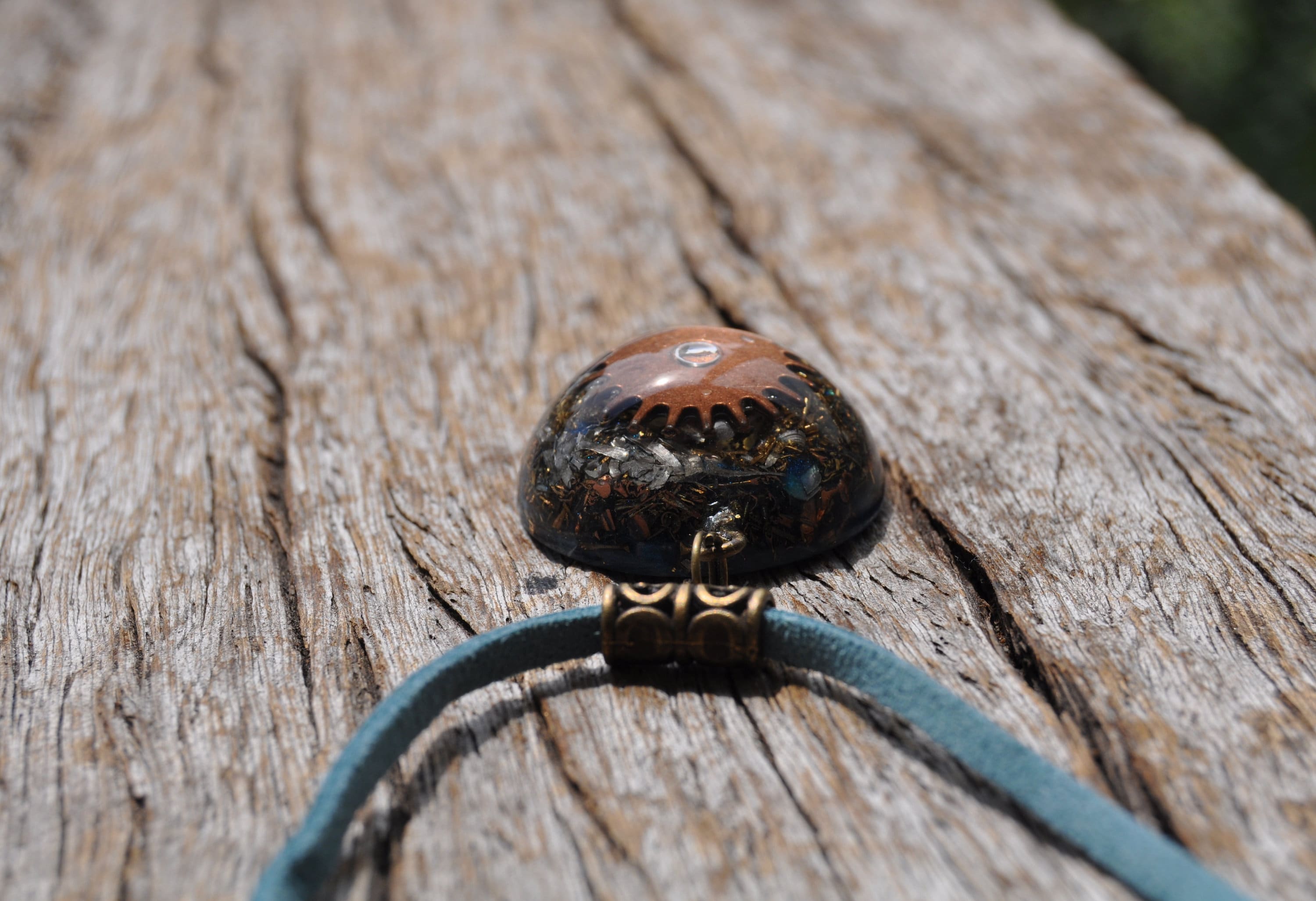 This lovely 2.7 cm / 1.1" in diameter orgone pendant contains brass, aluminum and copper shavings. It contains Pyrite (to enhance), Rhodizite (to amplify), black Tourmaline (to ground and protect), Rose Quartz (love, self-love), Selenite (to charge and clean) and clear Quartz (for piezo electric effect), Elite Shungite (emf protection) all within a durable polyester resin setting for optimal shrinkage/pressure on the quartz.