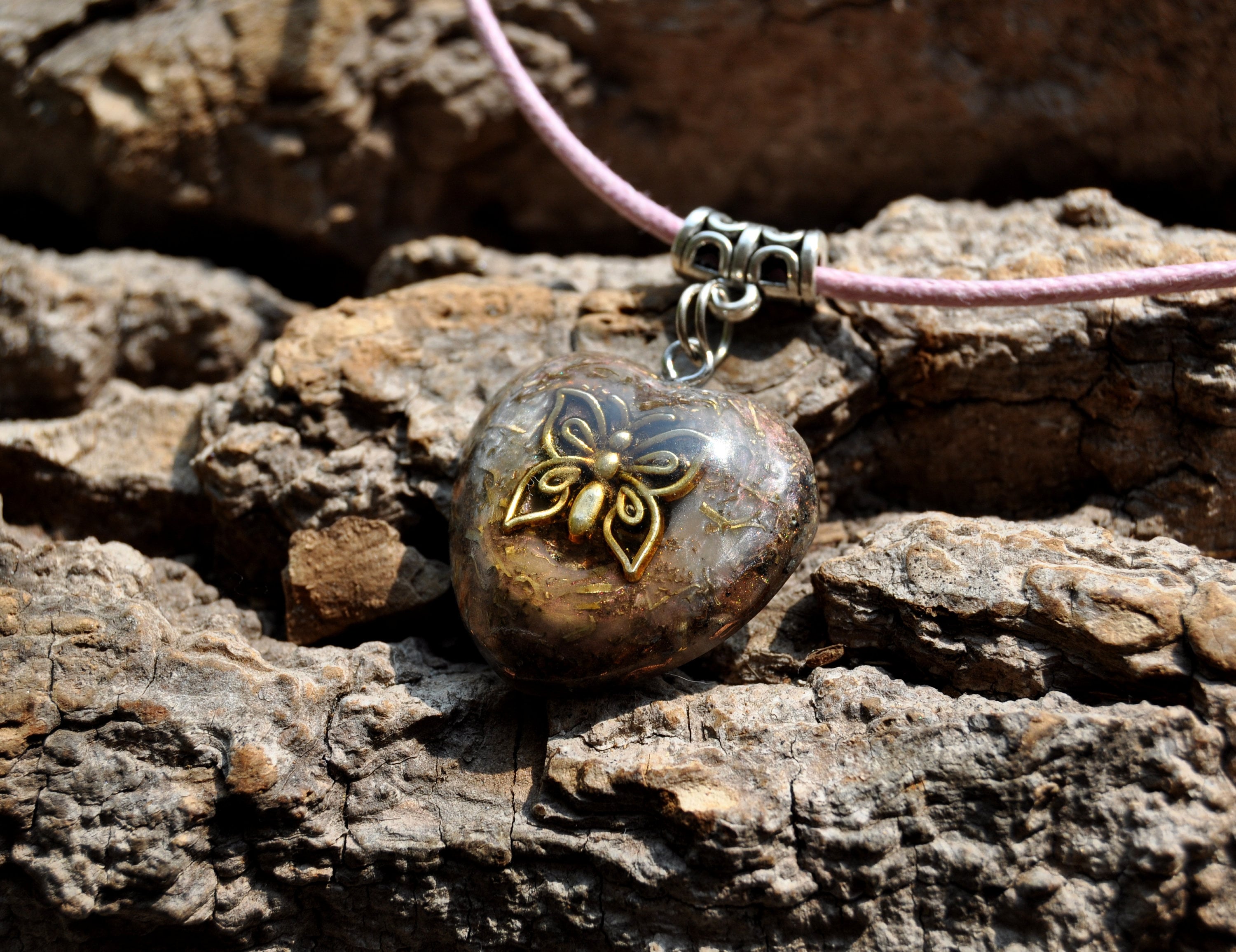 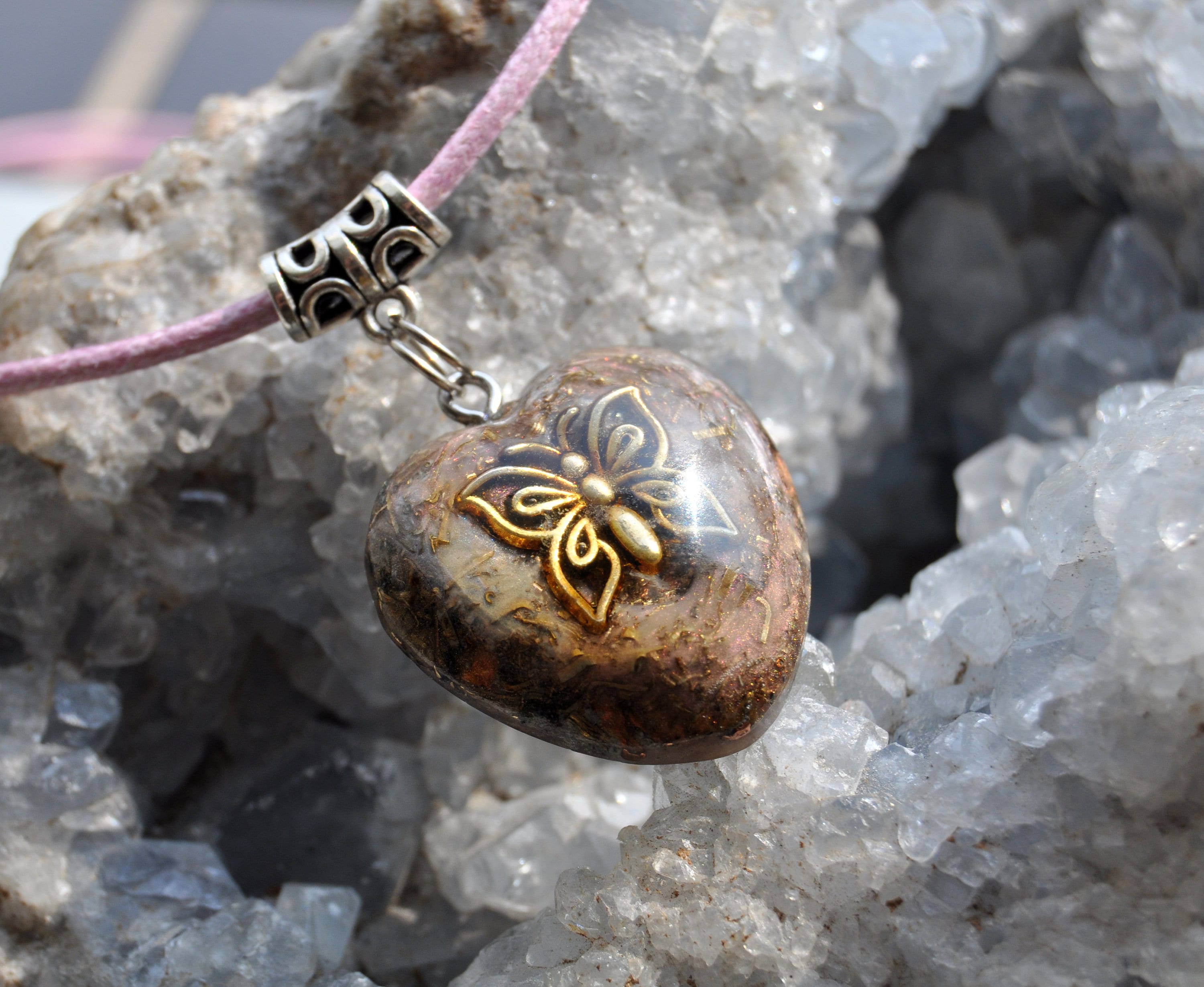 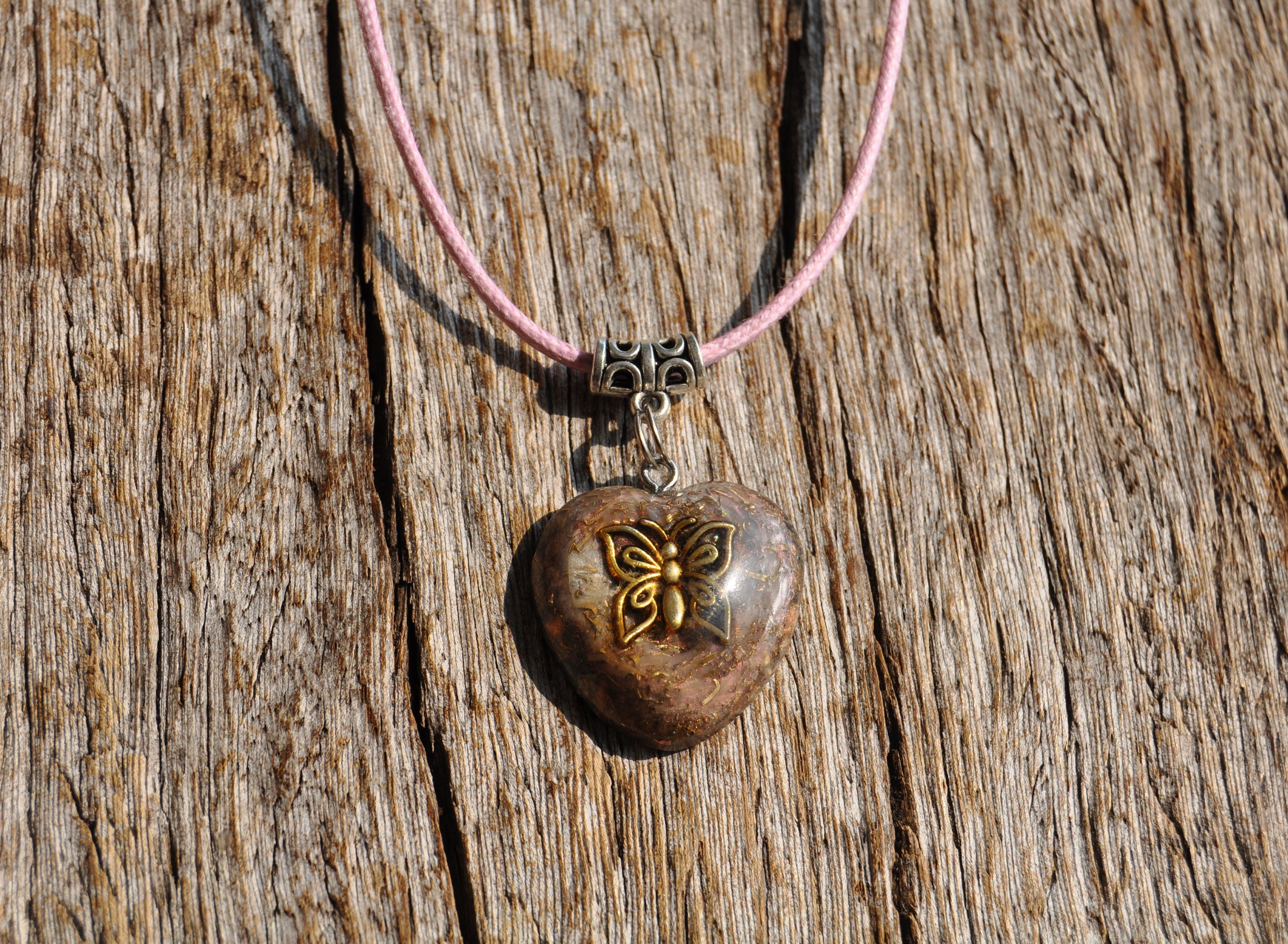 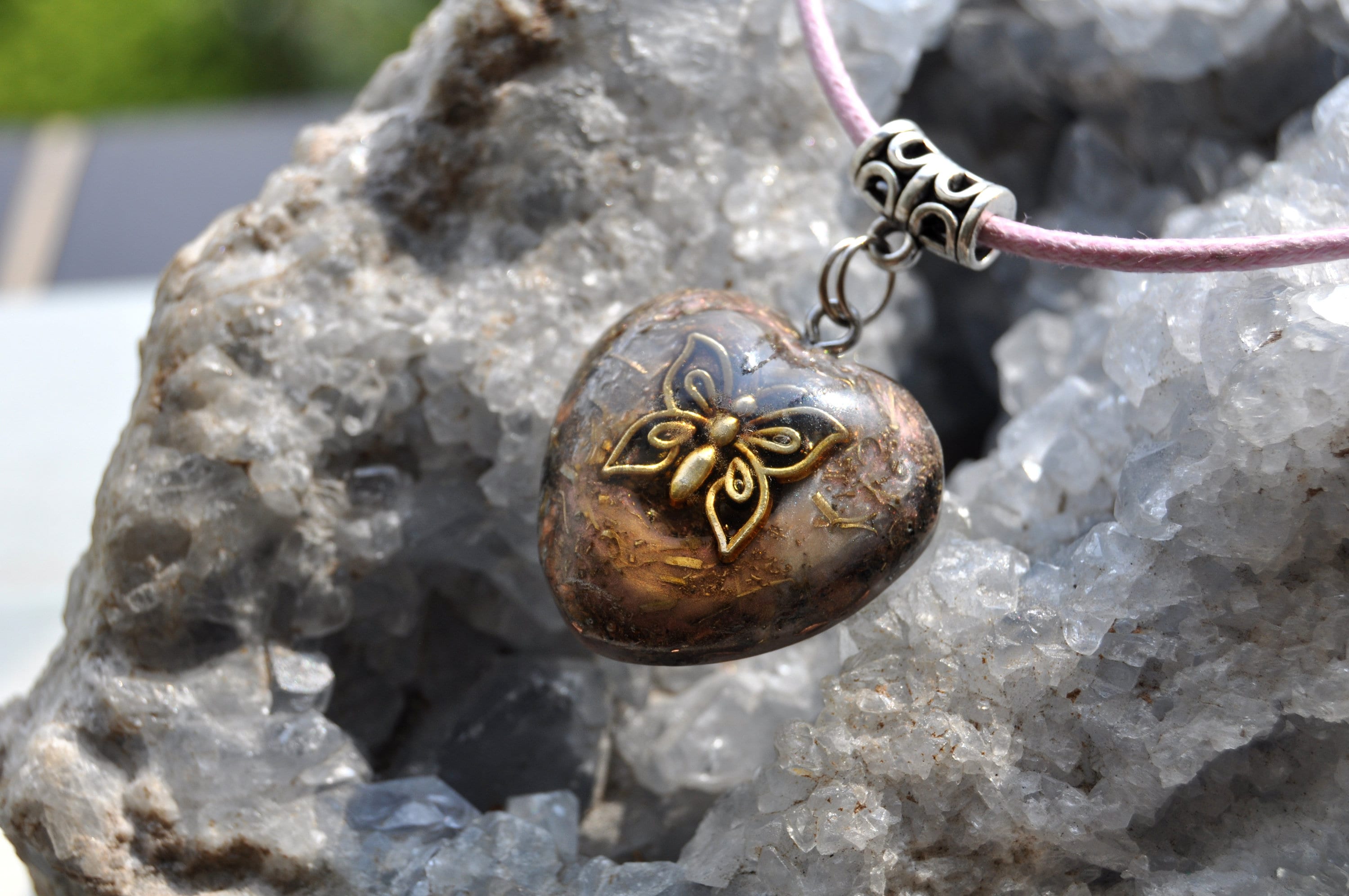 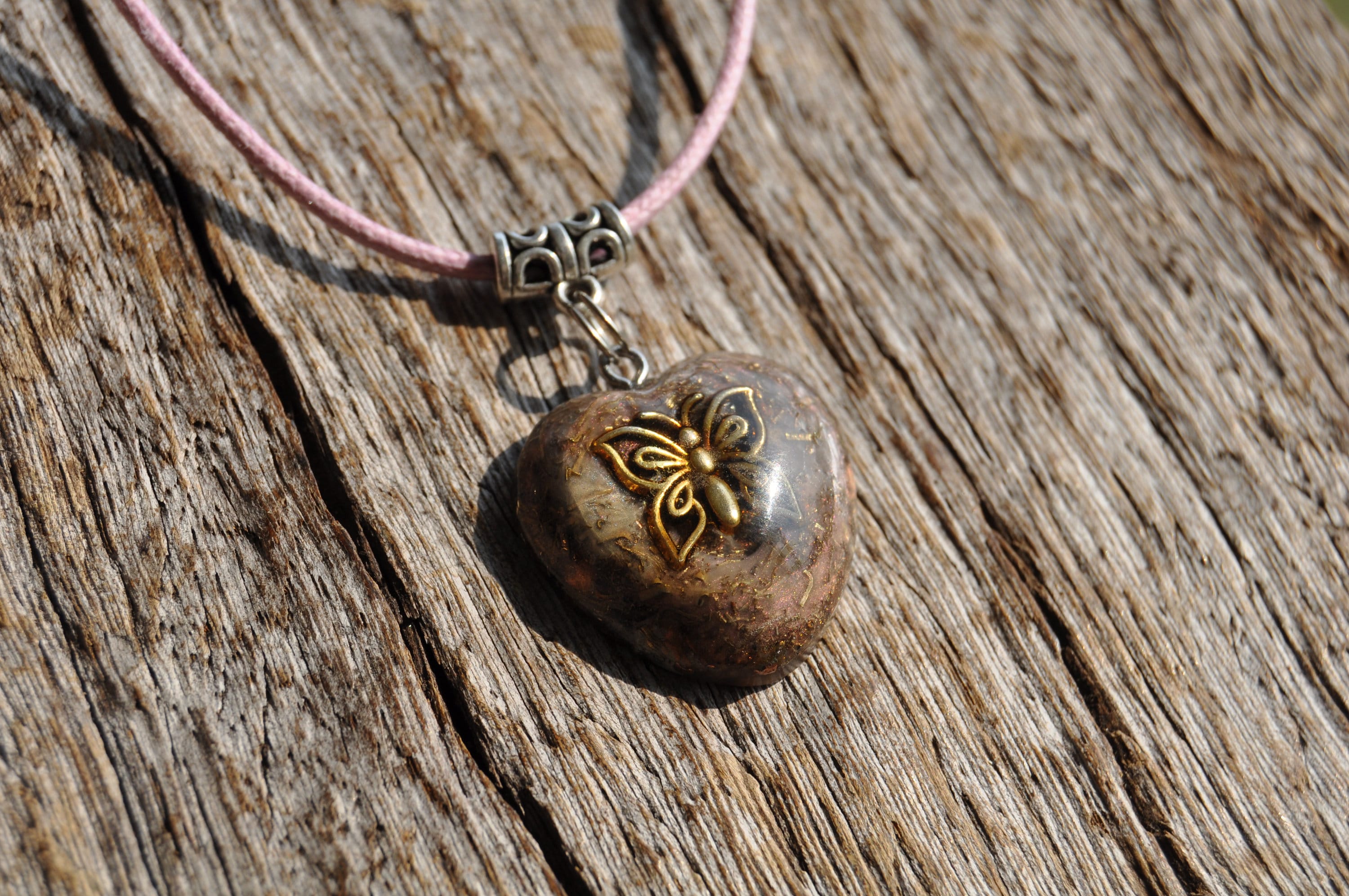 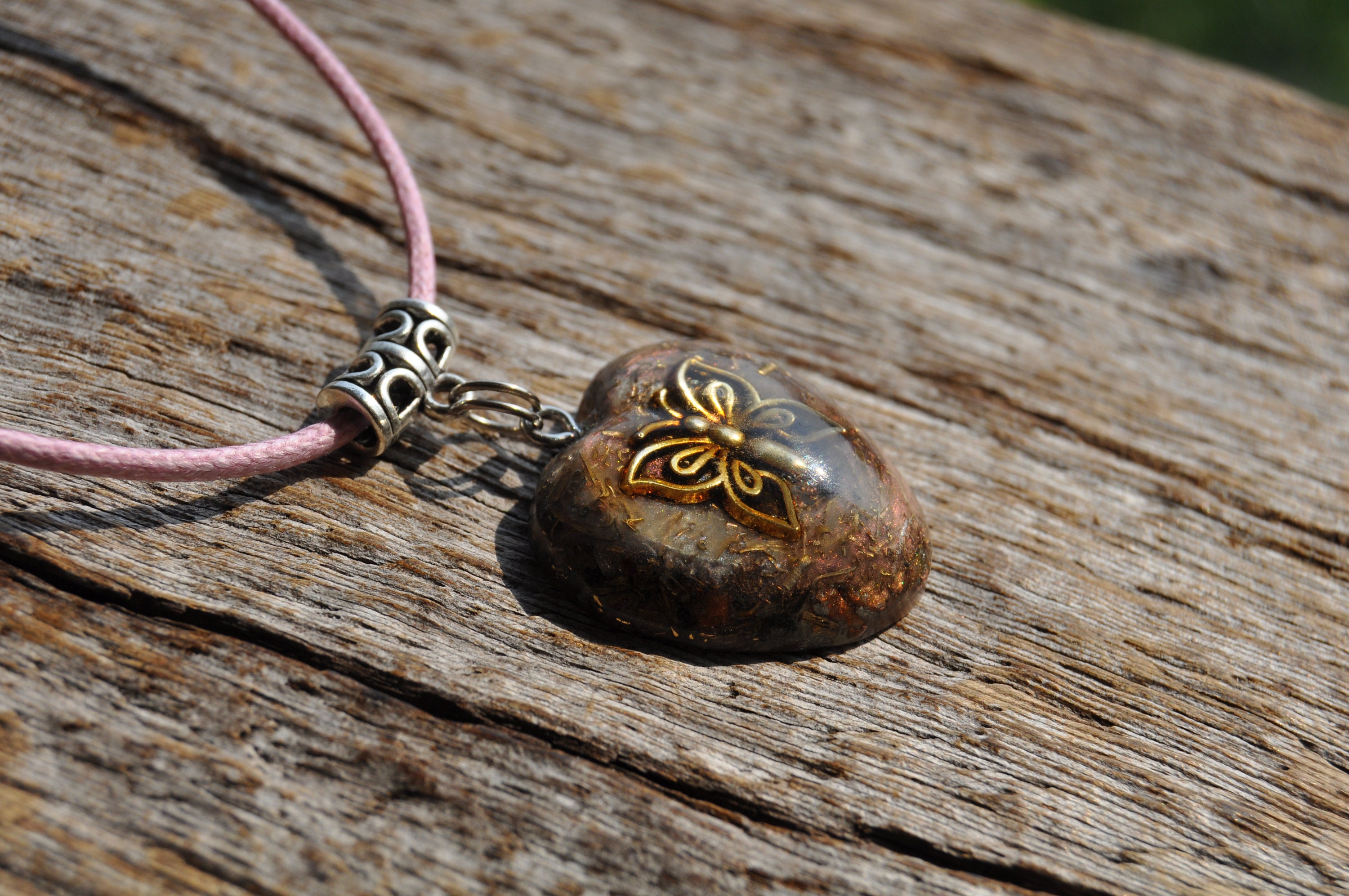 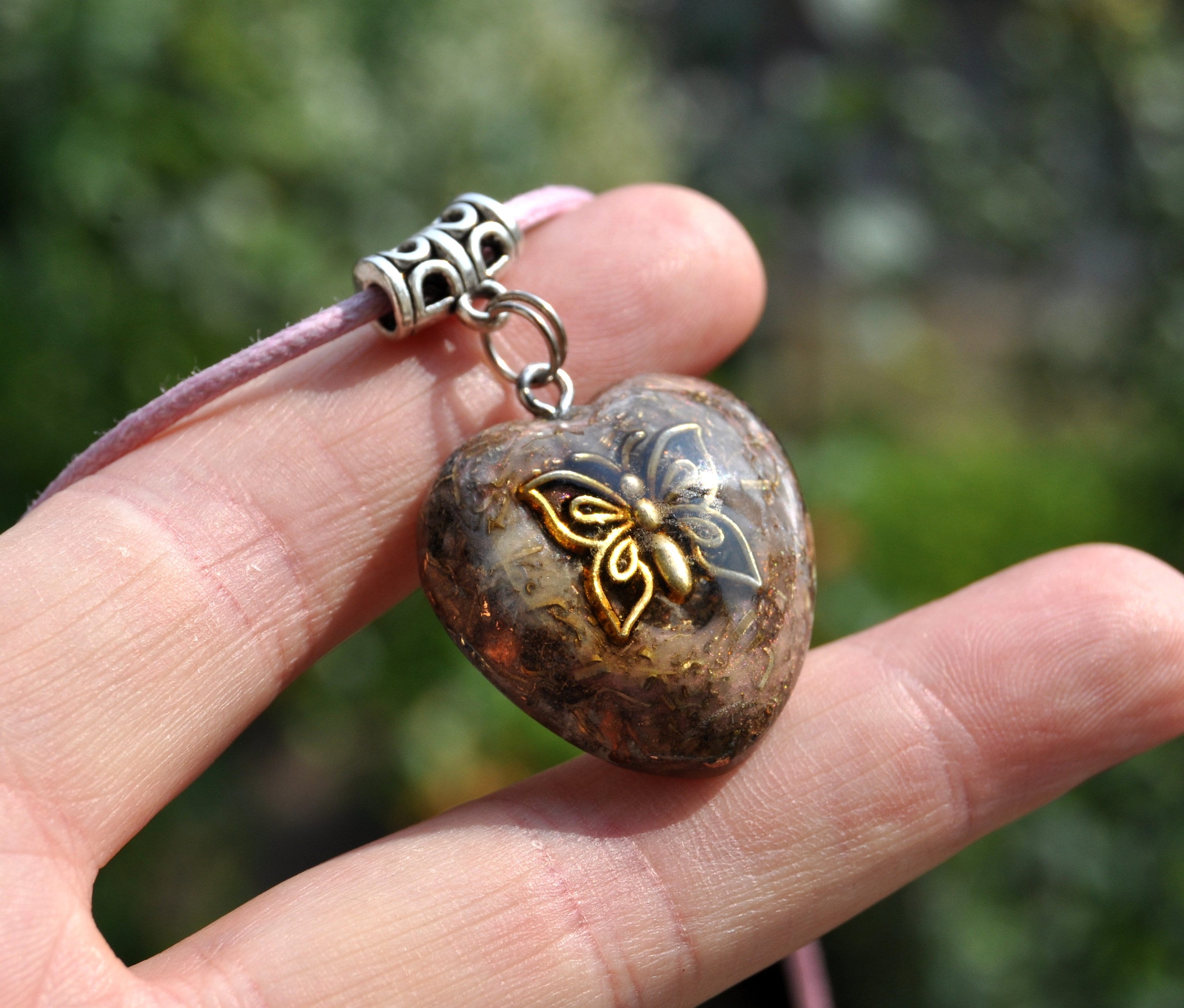 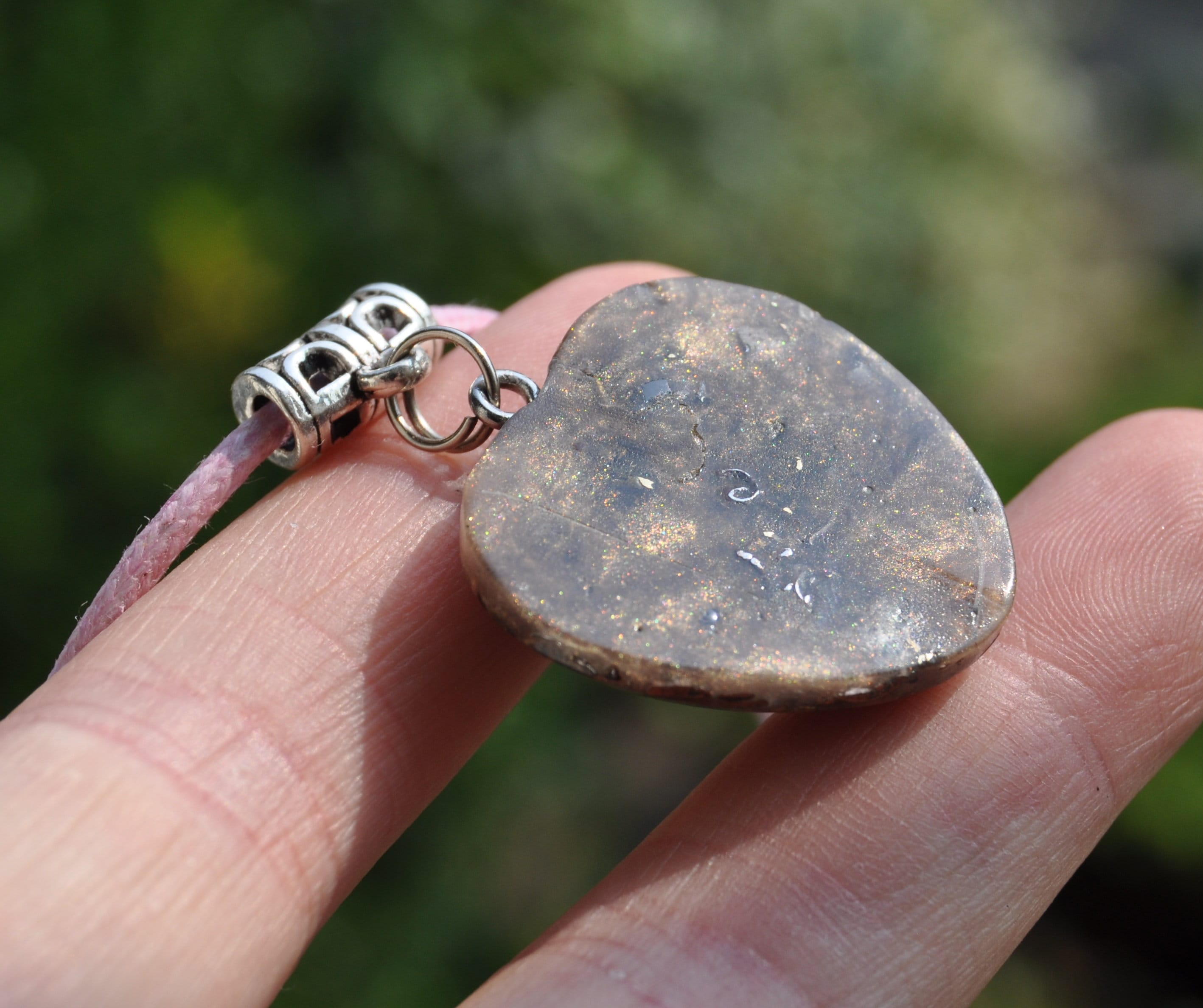 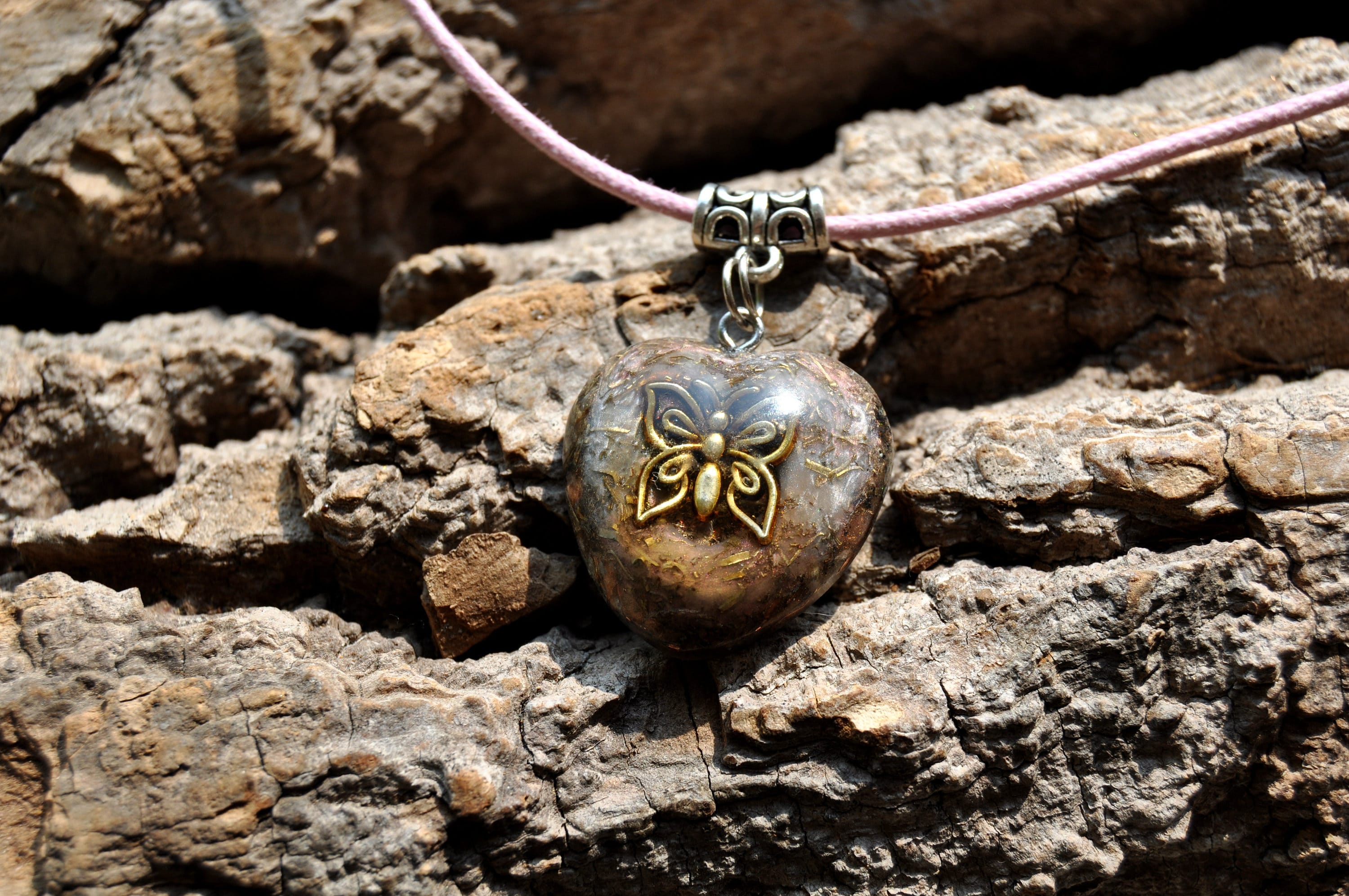 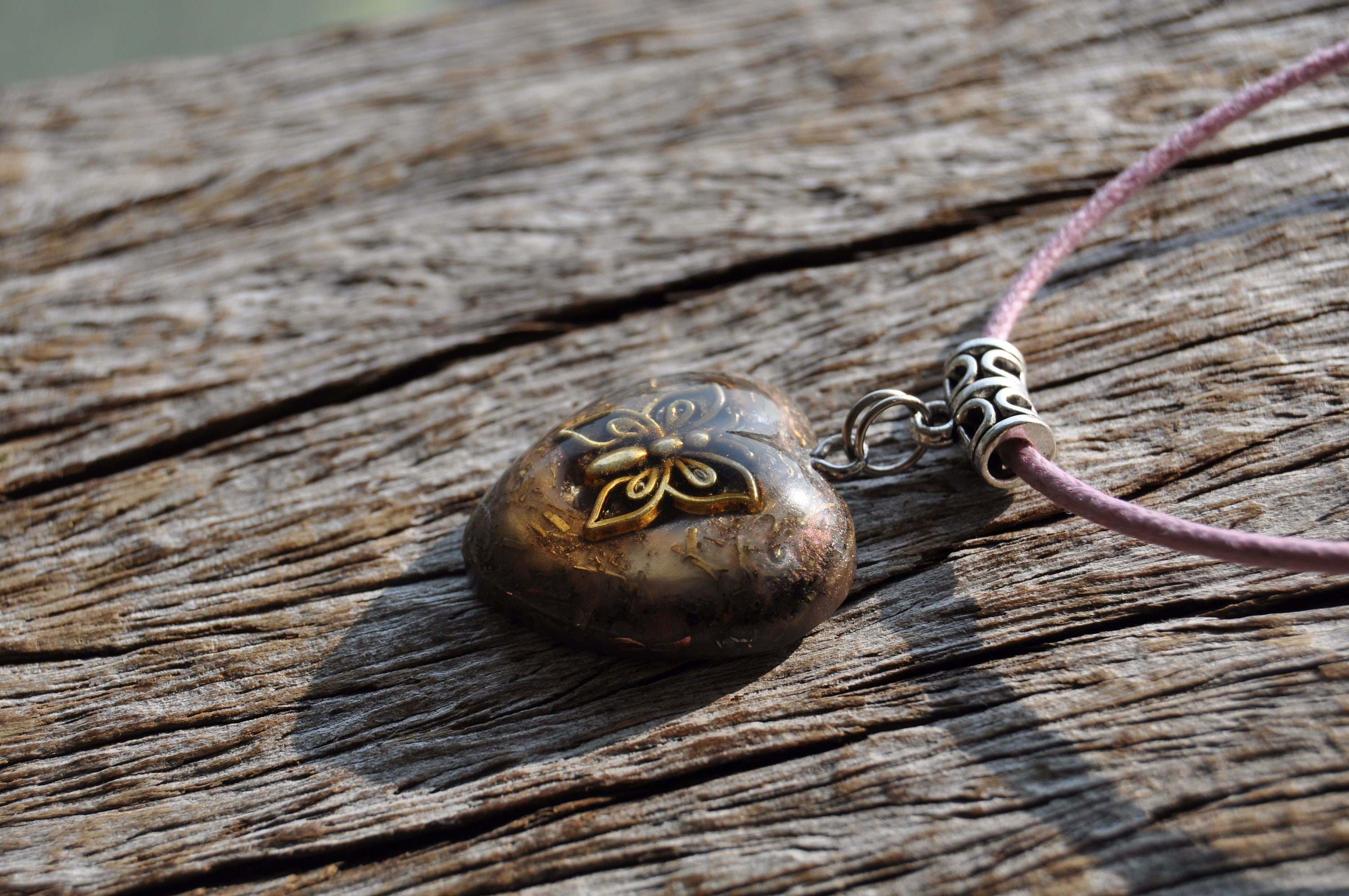 This lovely heart shaped Orgonite® pendant features a Butterfly and contains various metal shavings. The main stone is clear quartz and it also consists of black Tourmaline and Selenite all within an organic resin setting.