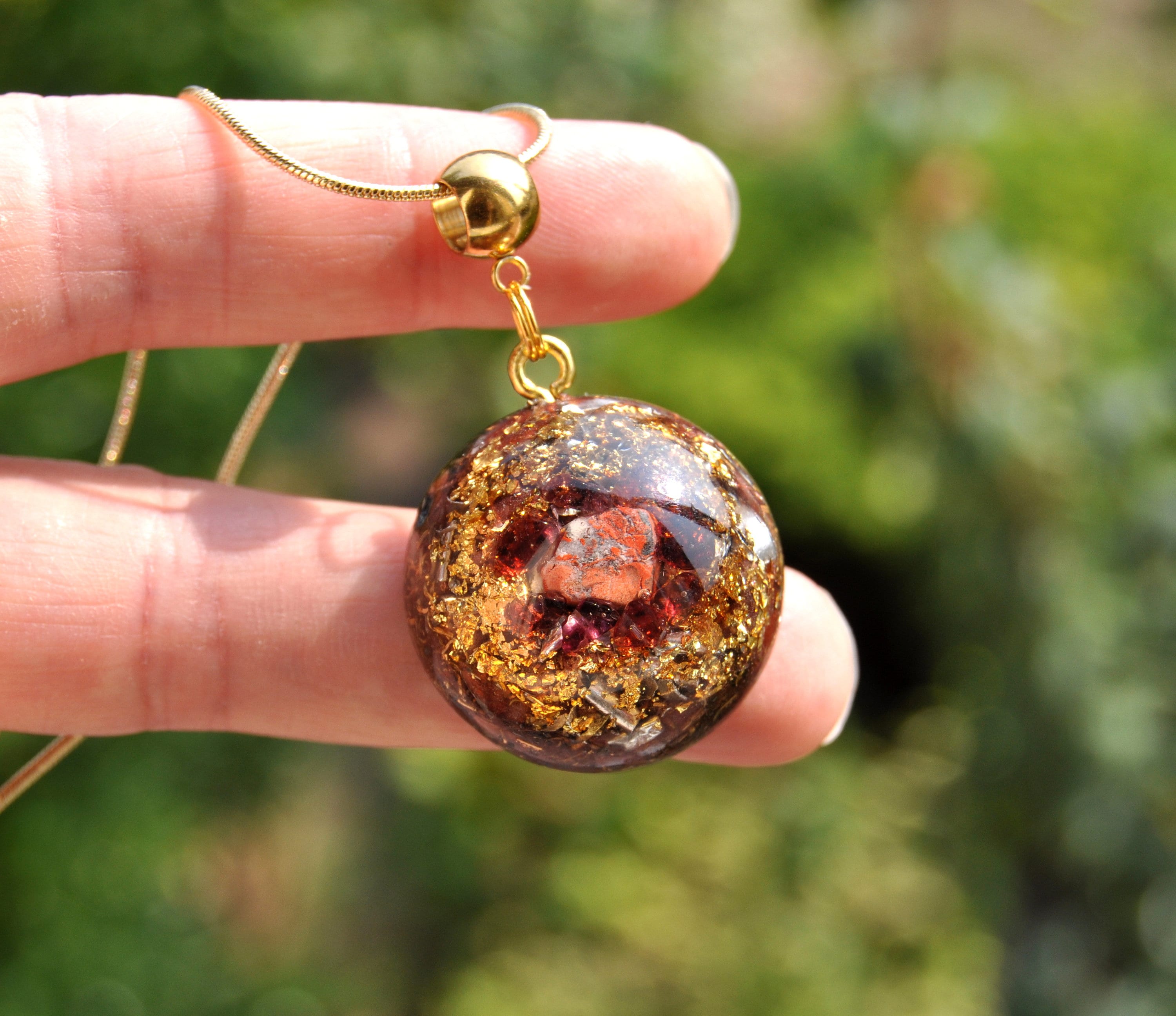 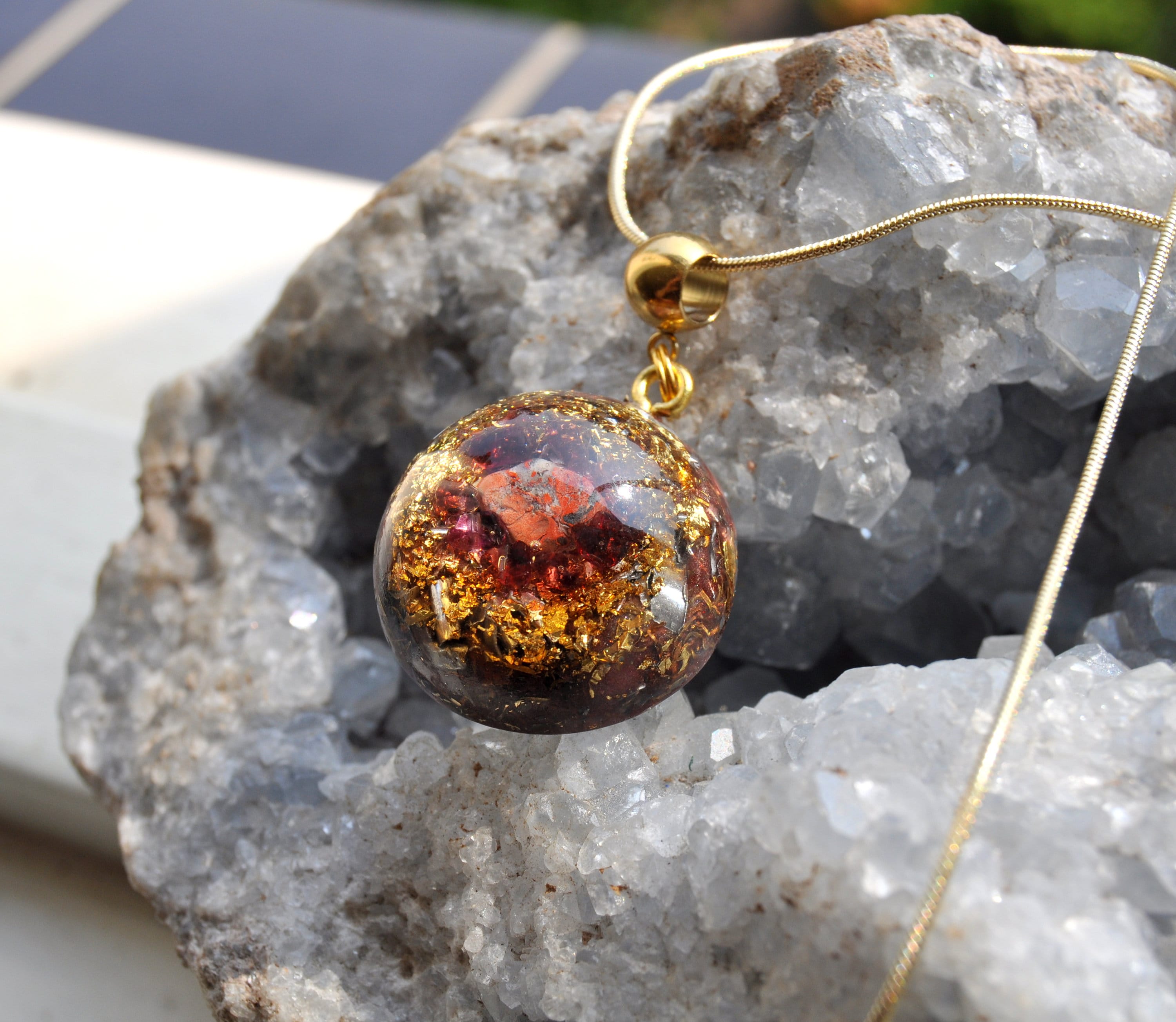 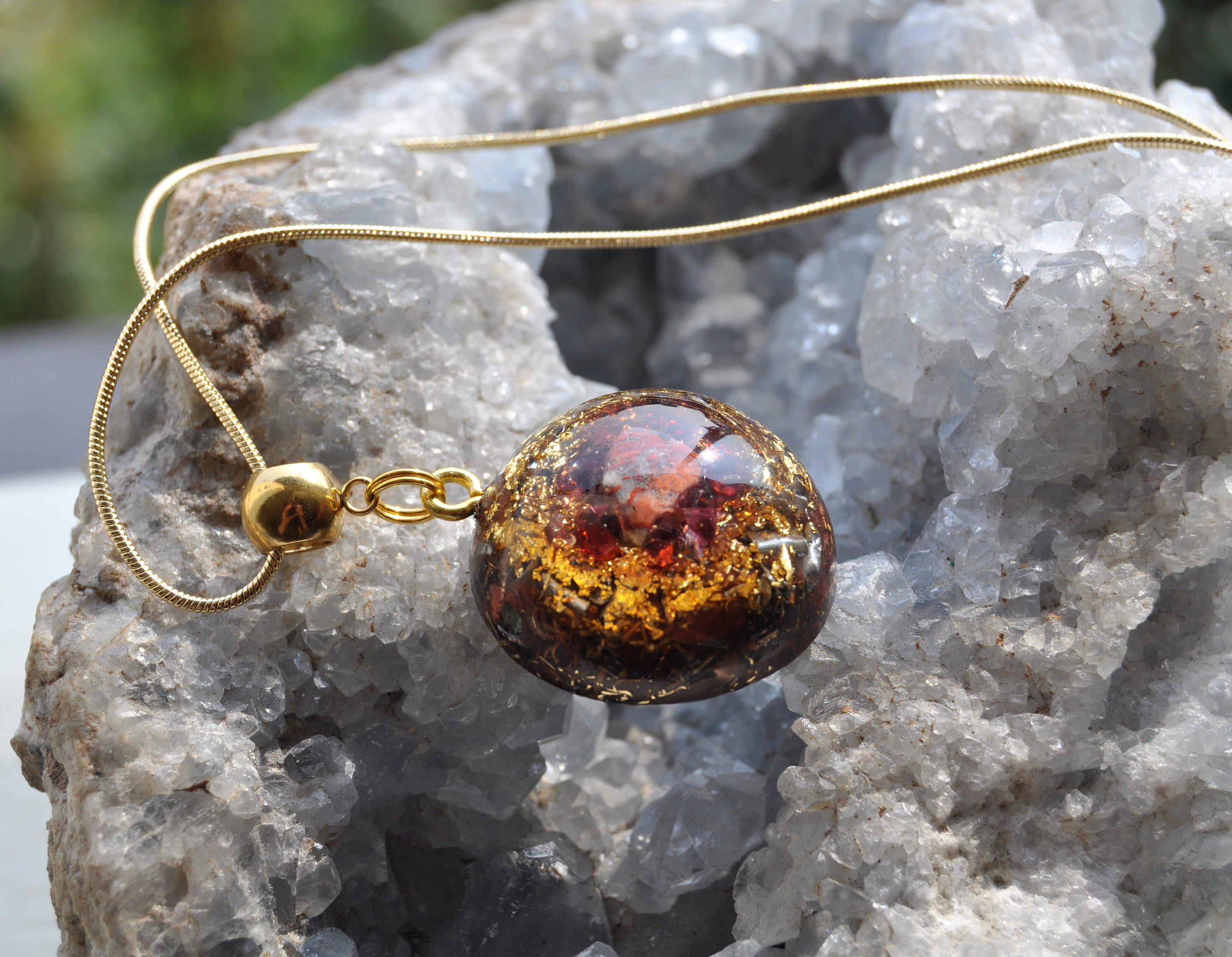 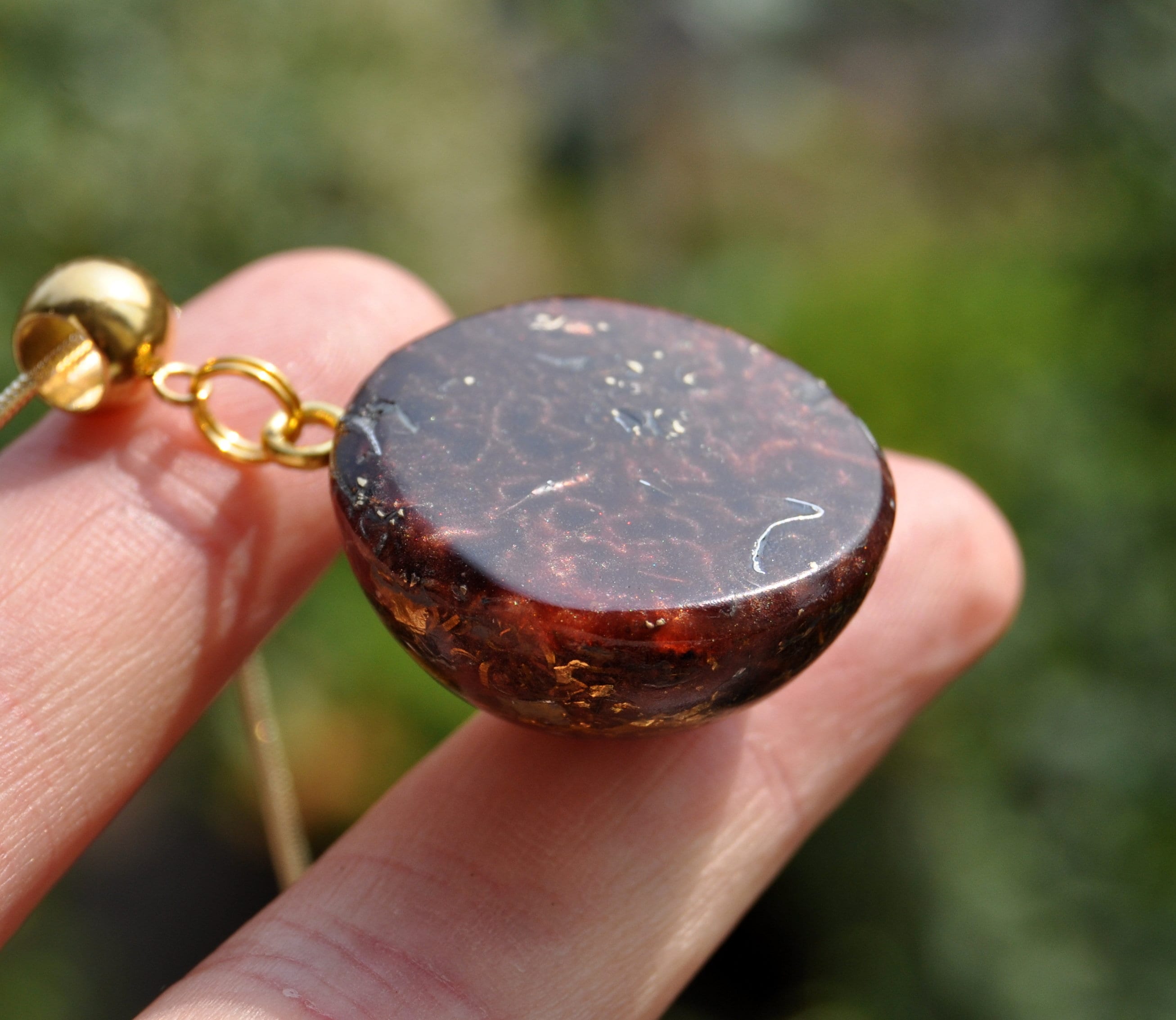 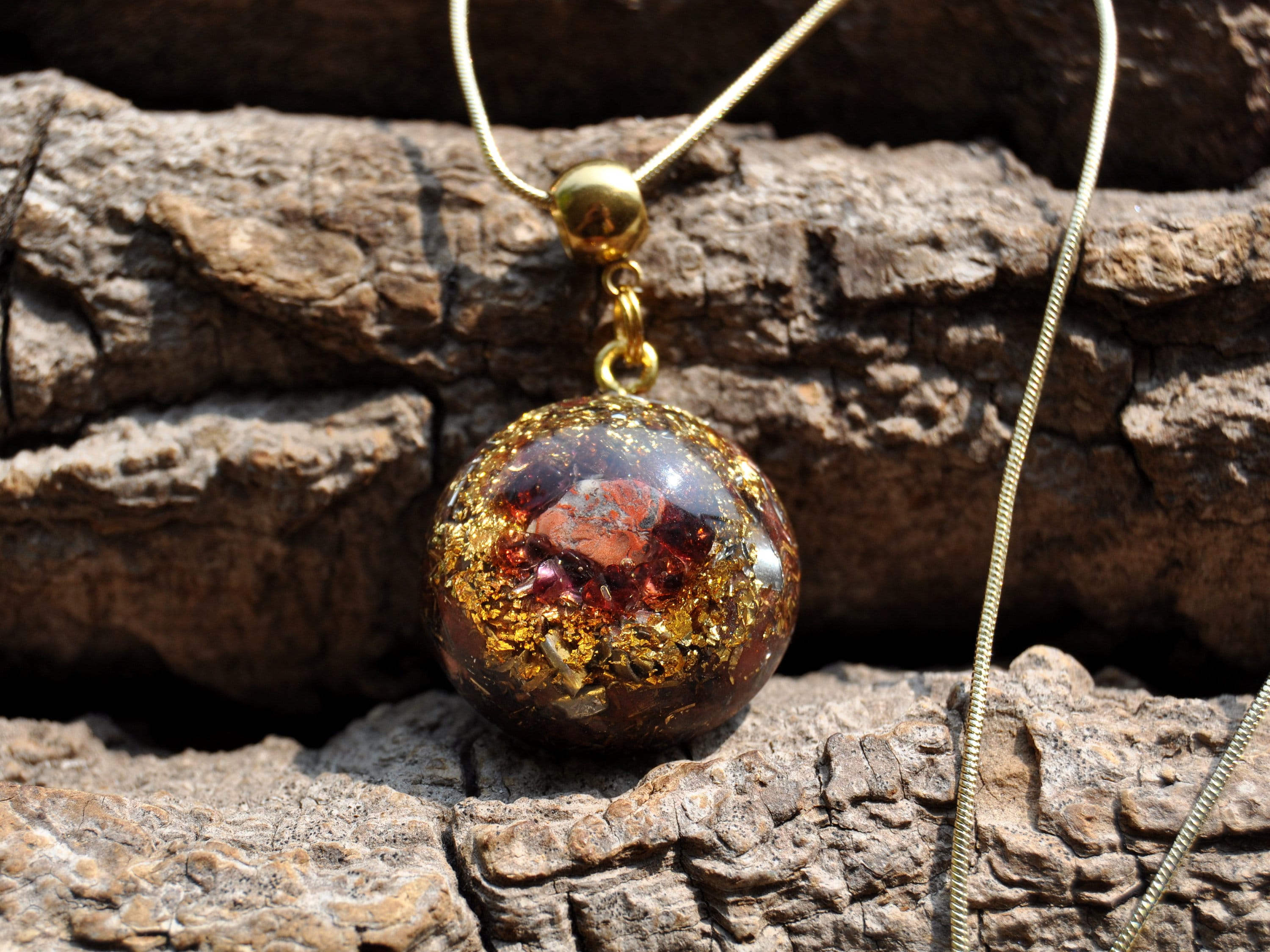 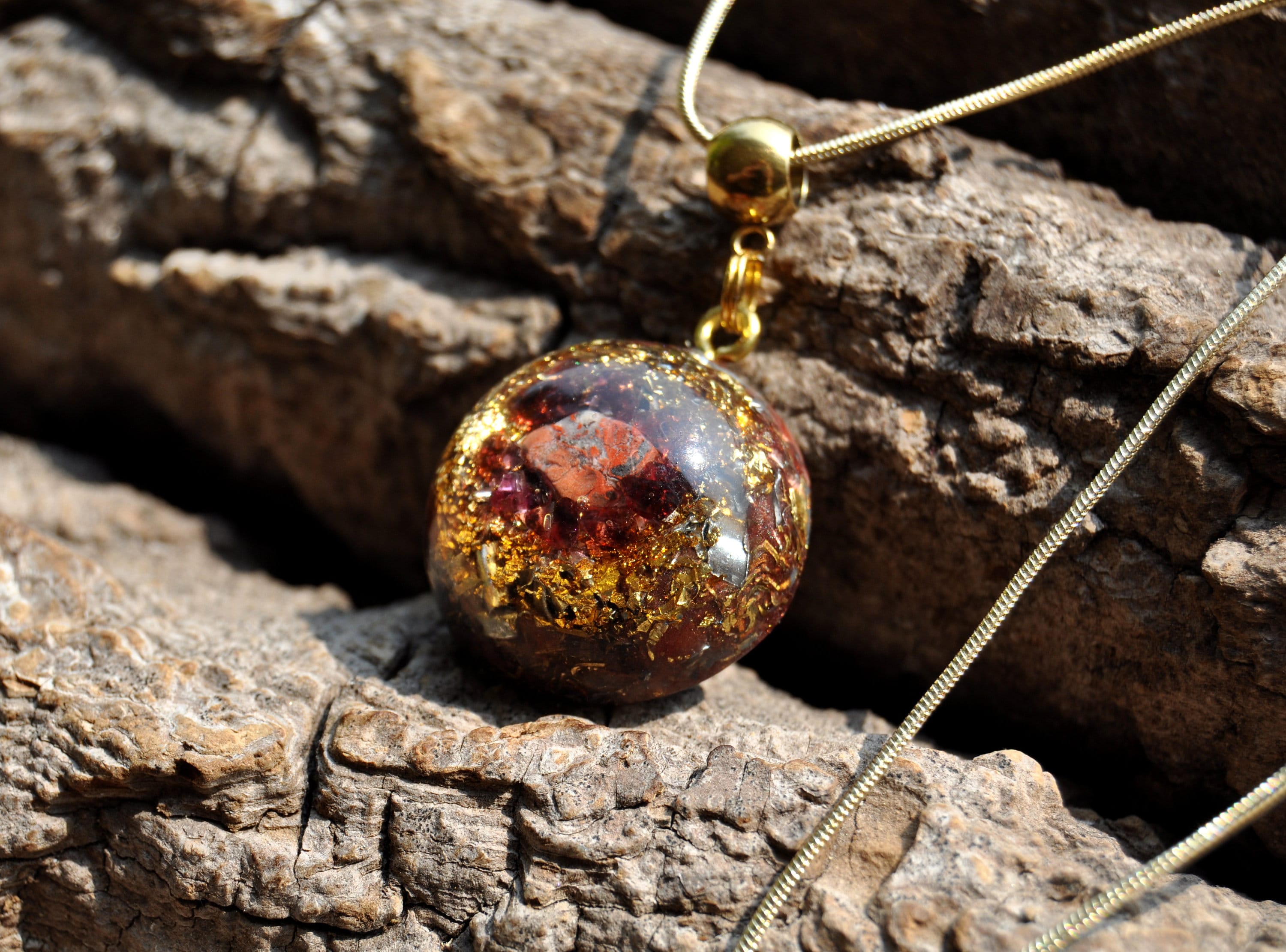 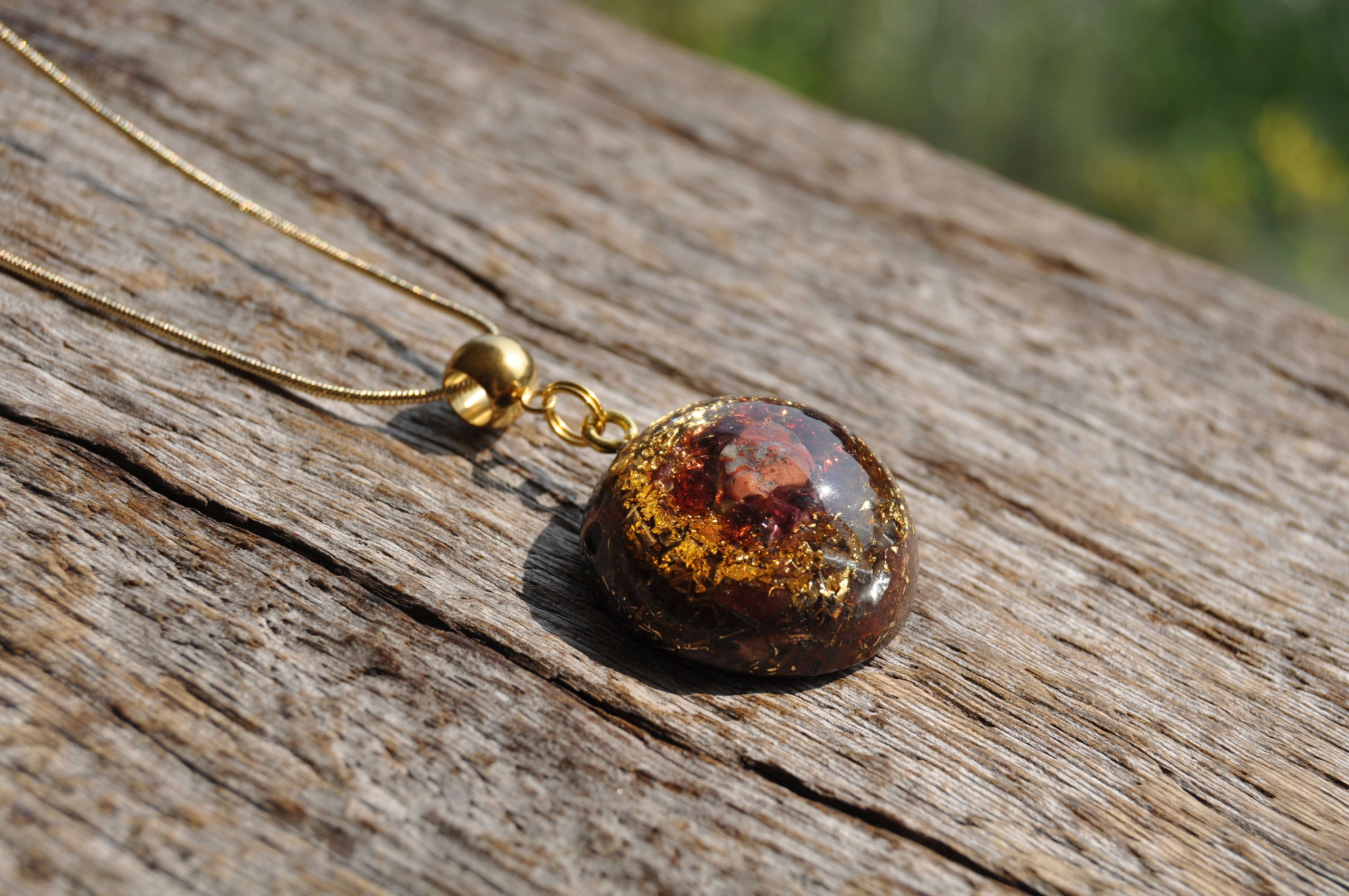 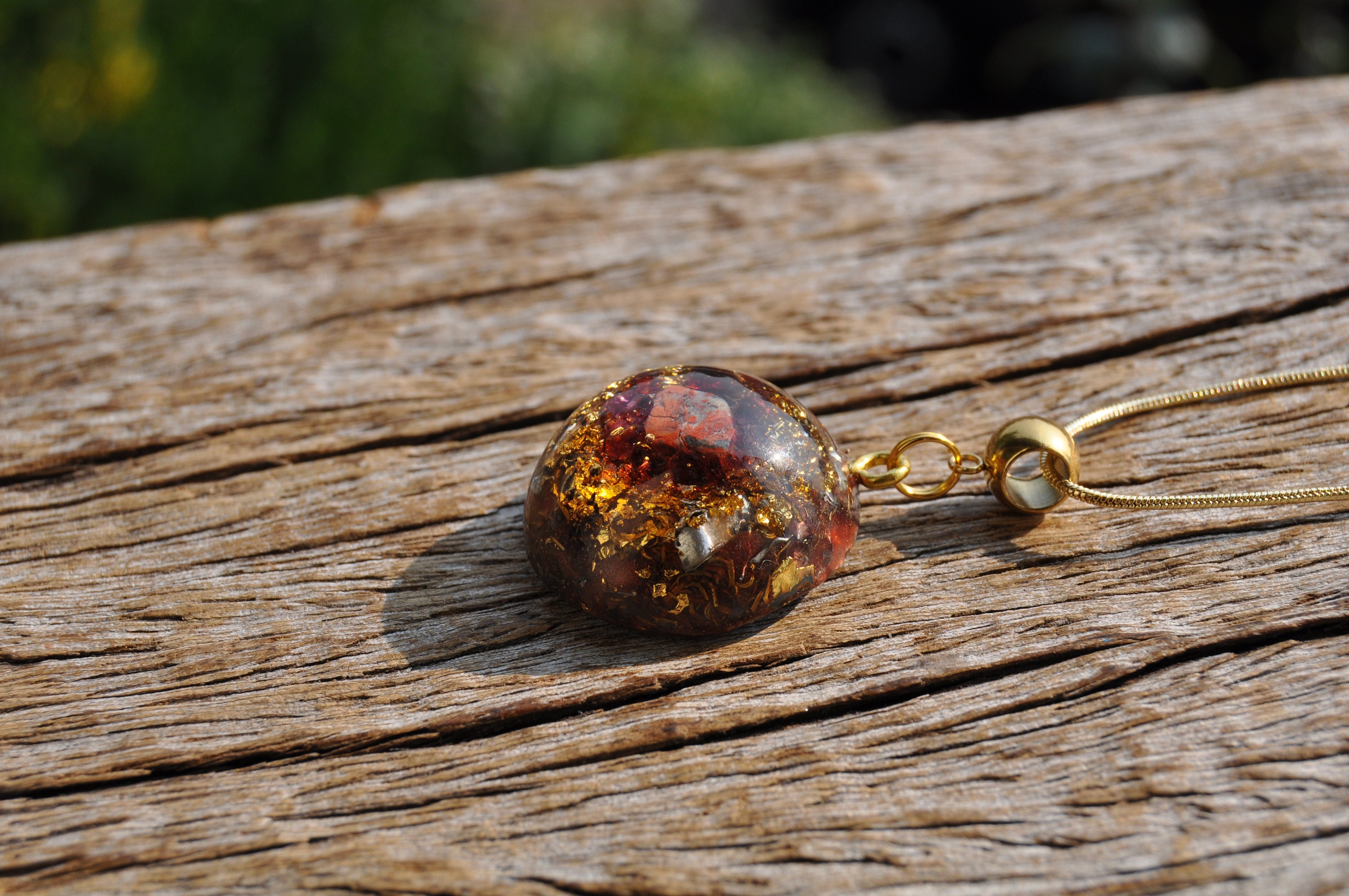 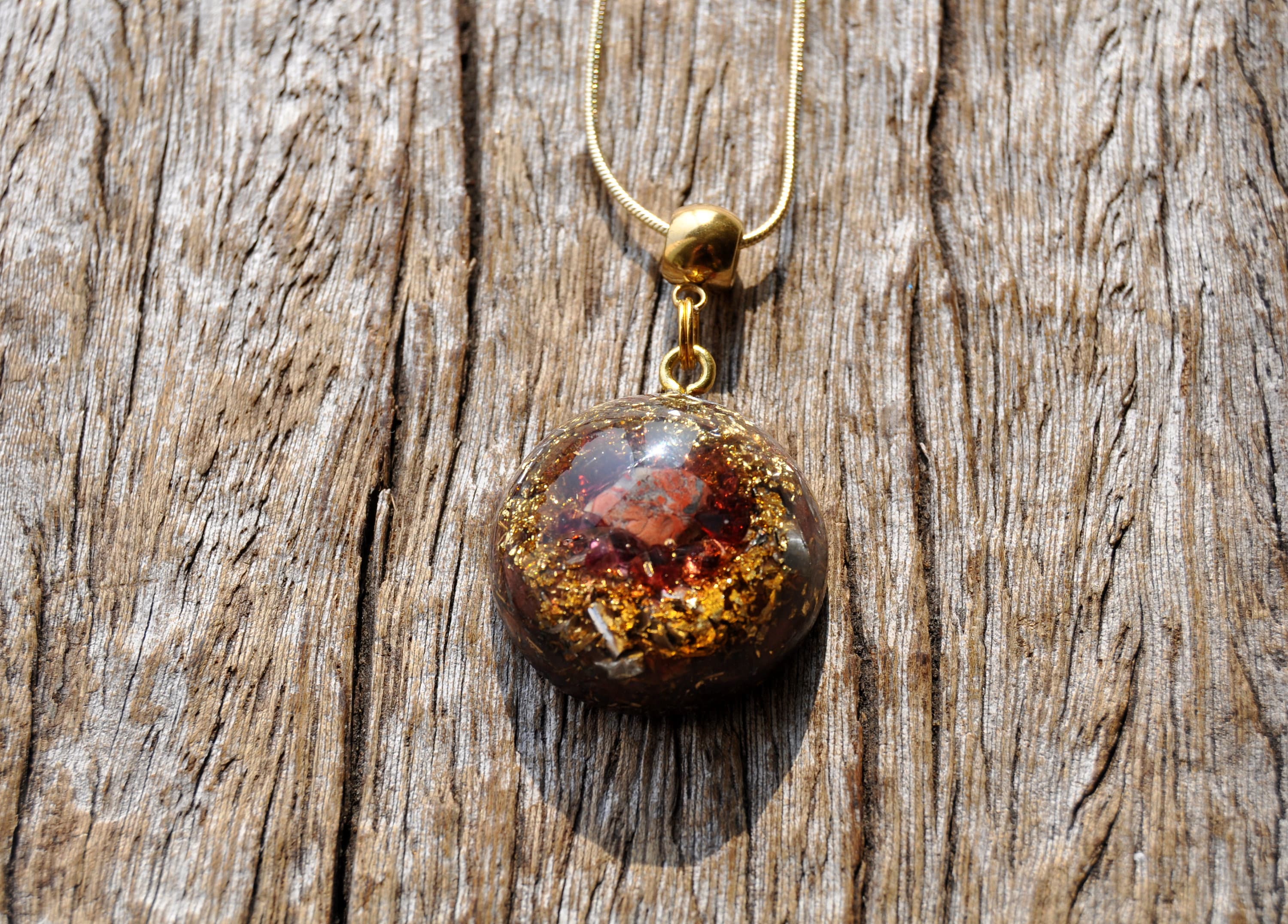 This unique Orgonite®orgone pendant is made out of lots of brass, aluminium and copper shavings and 24K Gold.

The main stones are raw Brecciated Jasper surrounded with Almandine / red Garnet crystals which you can see in the front. It furthermore contains a base mix (in the back within the metal layers) of Rose Quartz (self - love), Pyrite (to enhance), black Tourmaline (to protect and ground excess energy), Elite Shungite (emf protection), Rhodizite crystal (to amplify) and clear quartz (for piezo-electric effect) all within a durable resin setting.

It comes on an 50 cm / 20 inches necklace with lobster clasp closing.