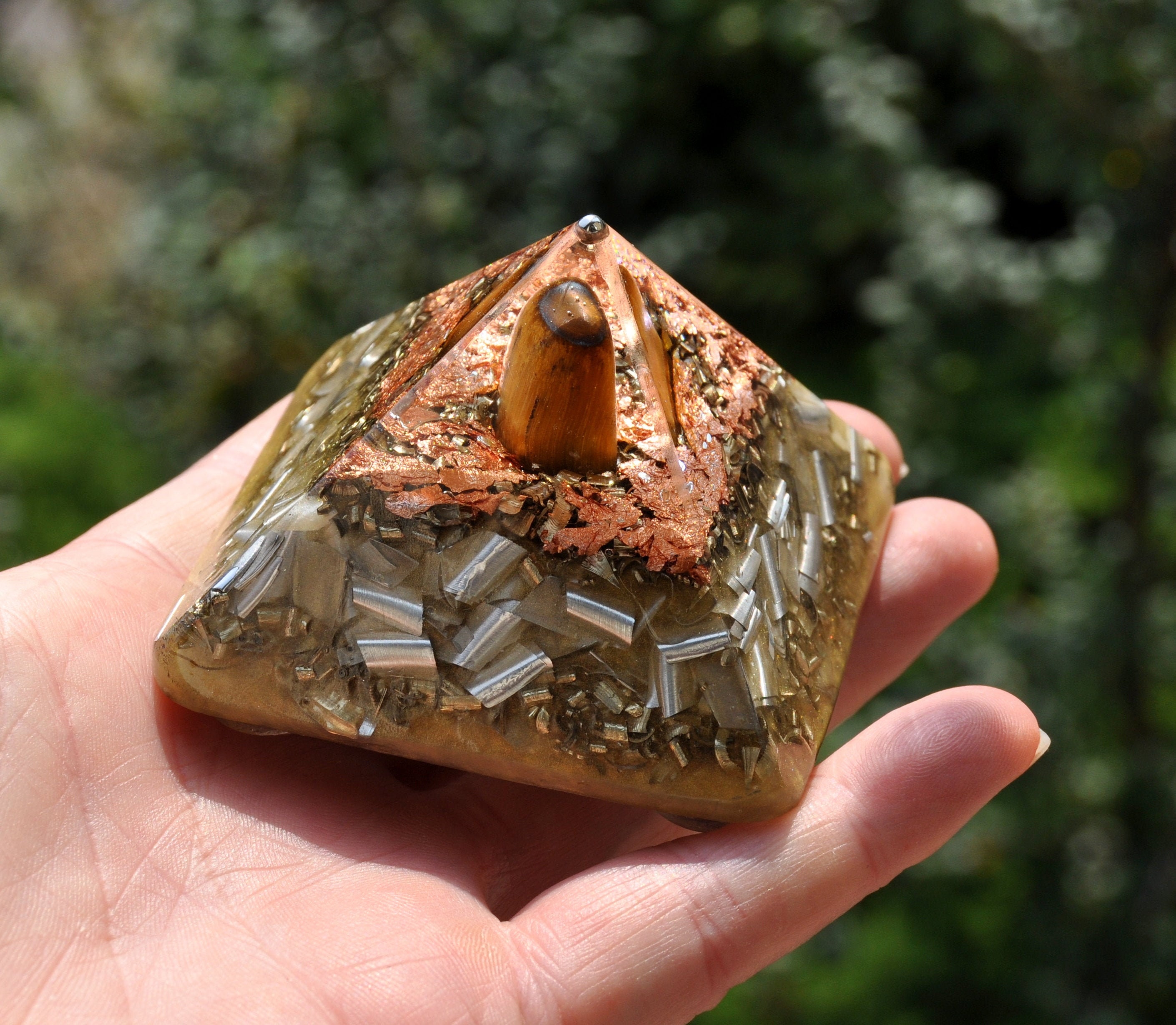 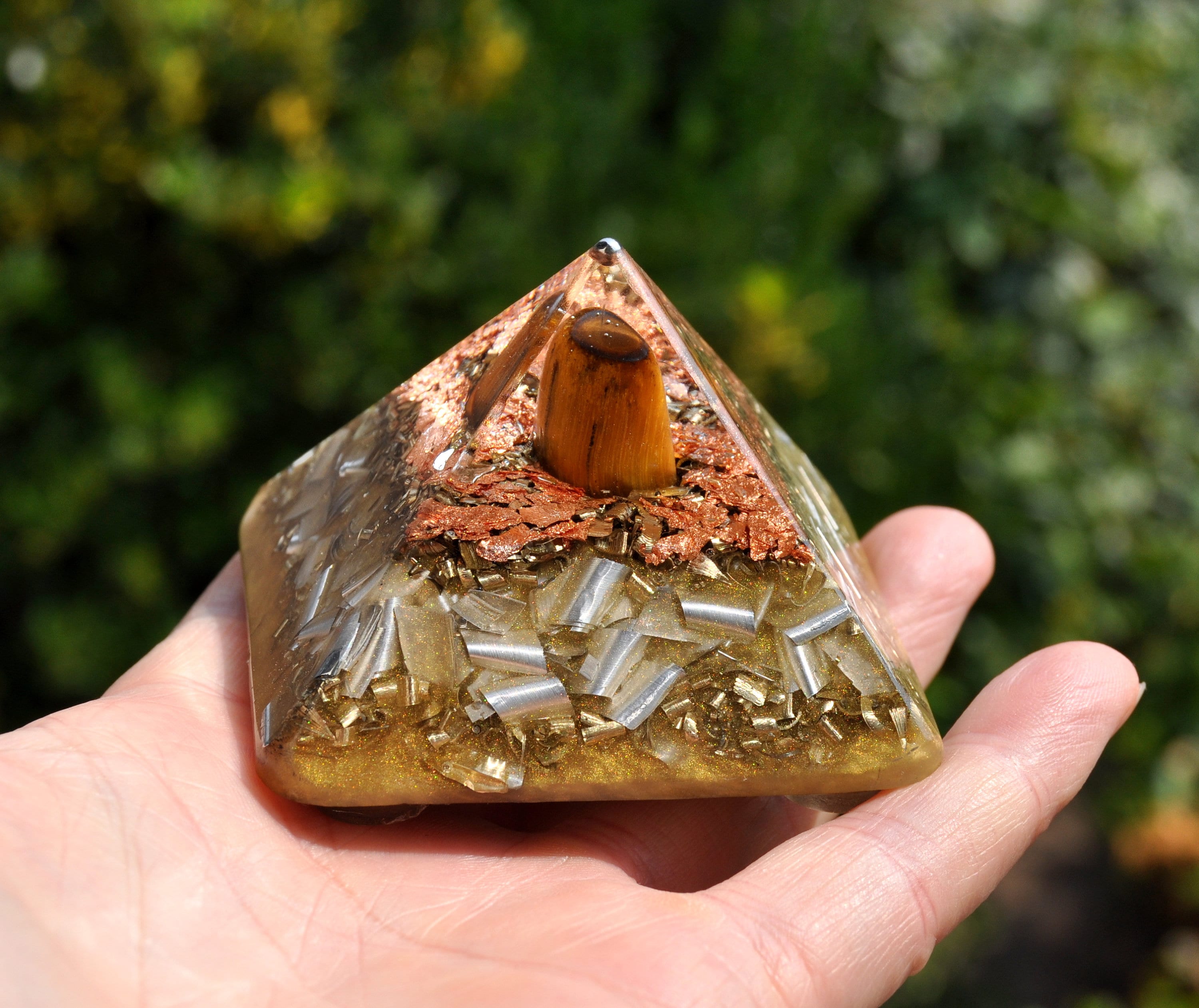 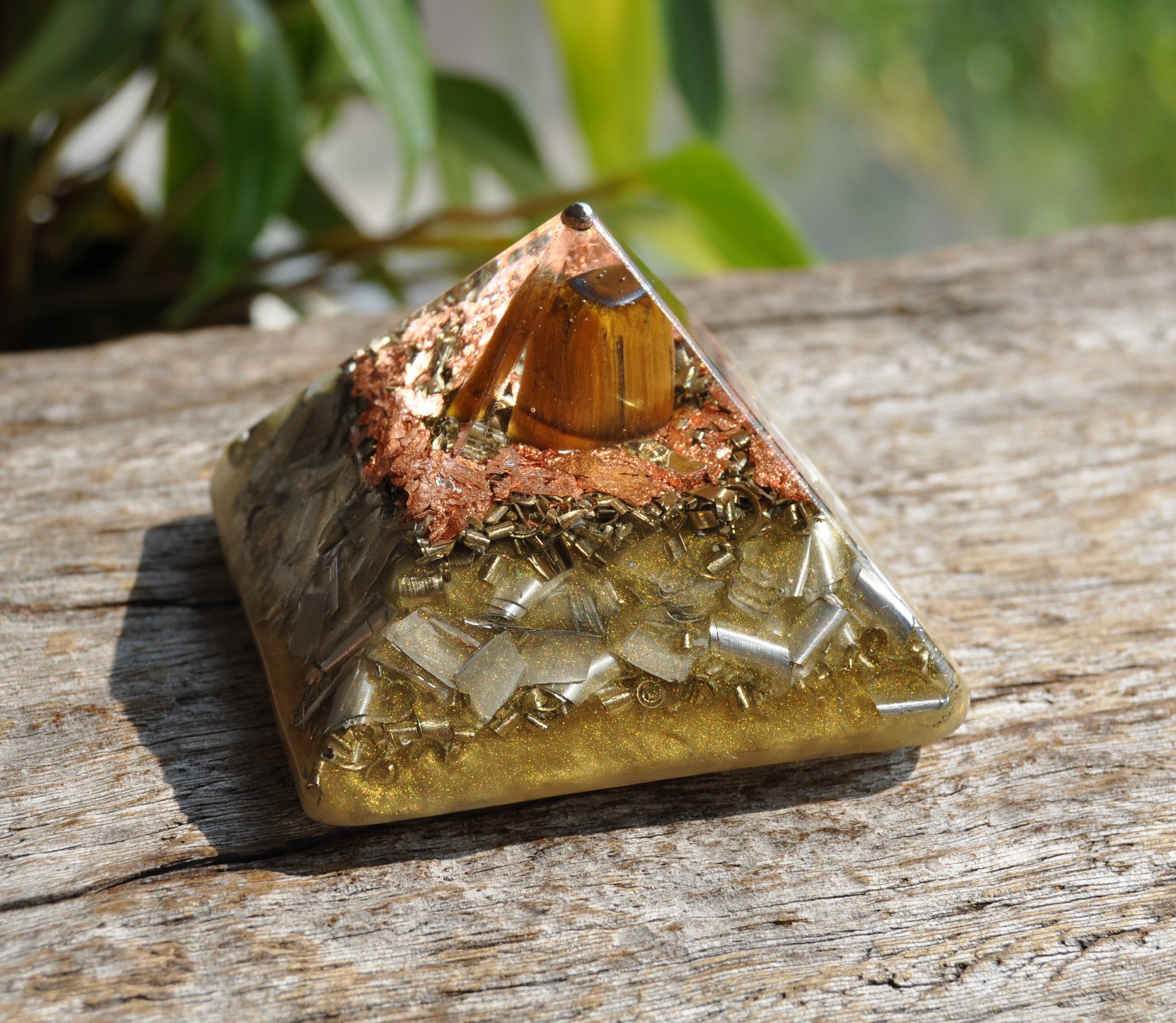 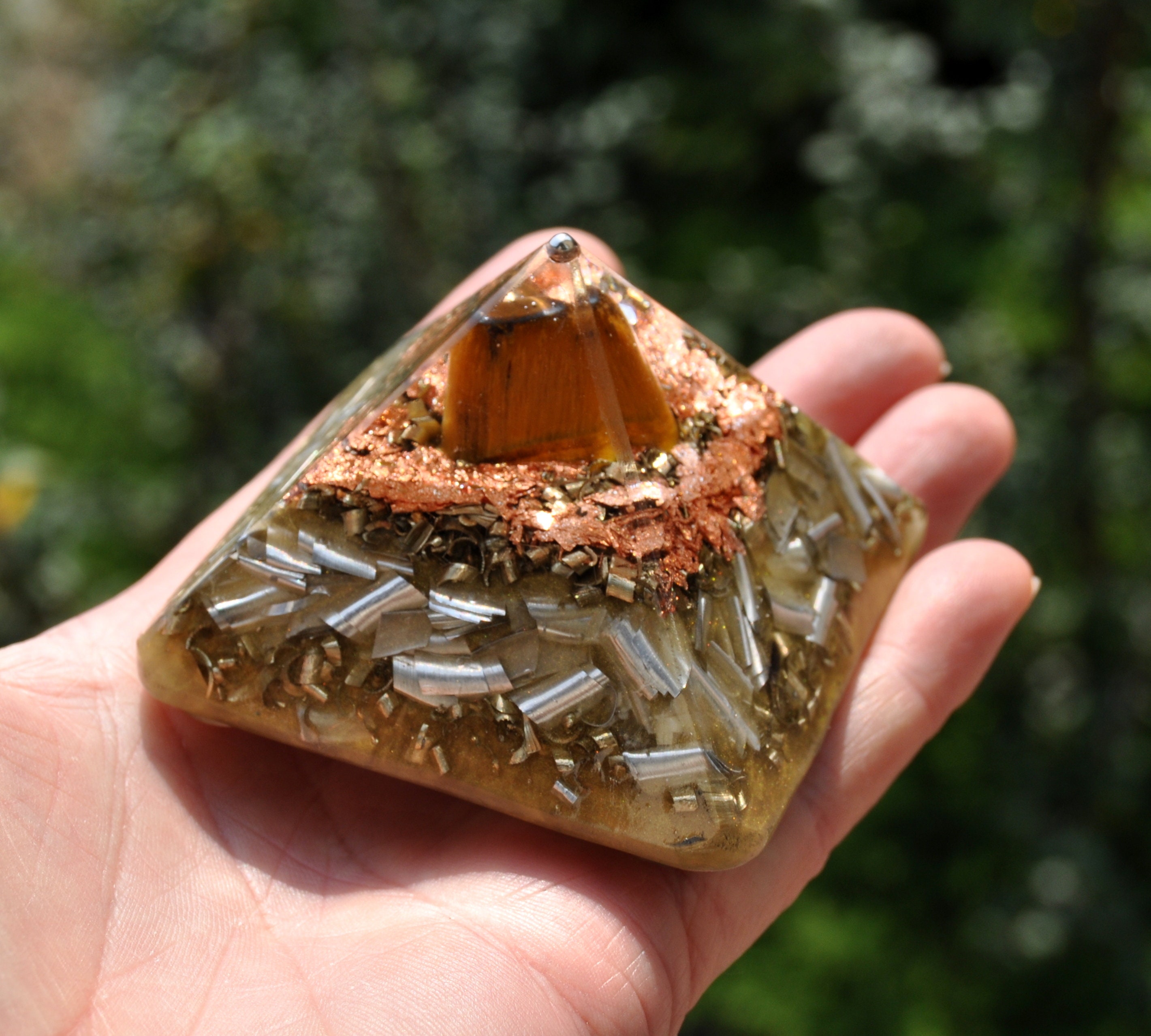 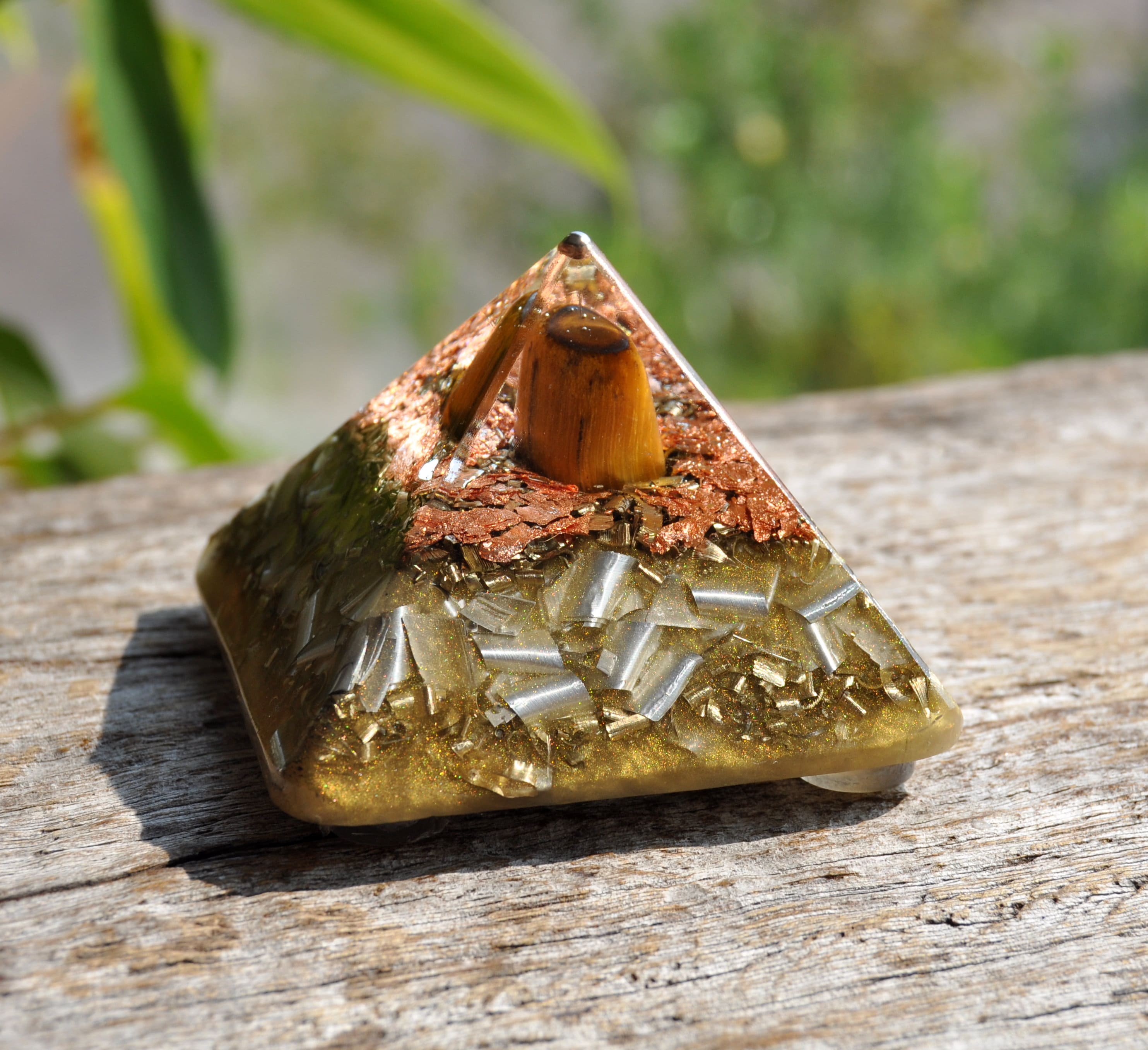 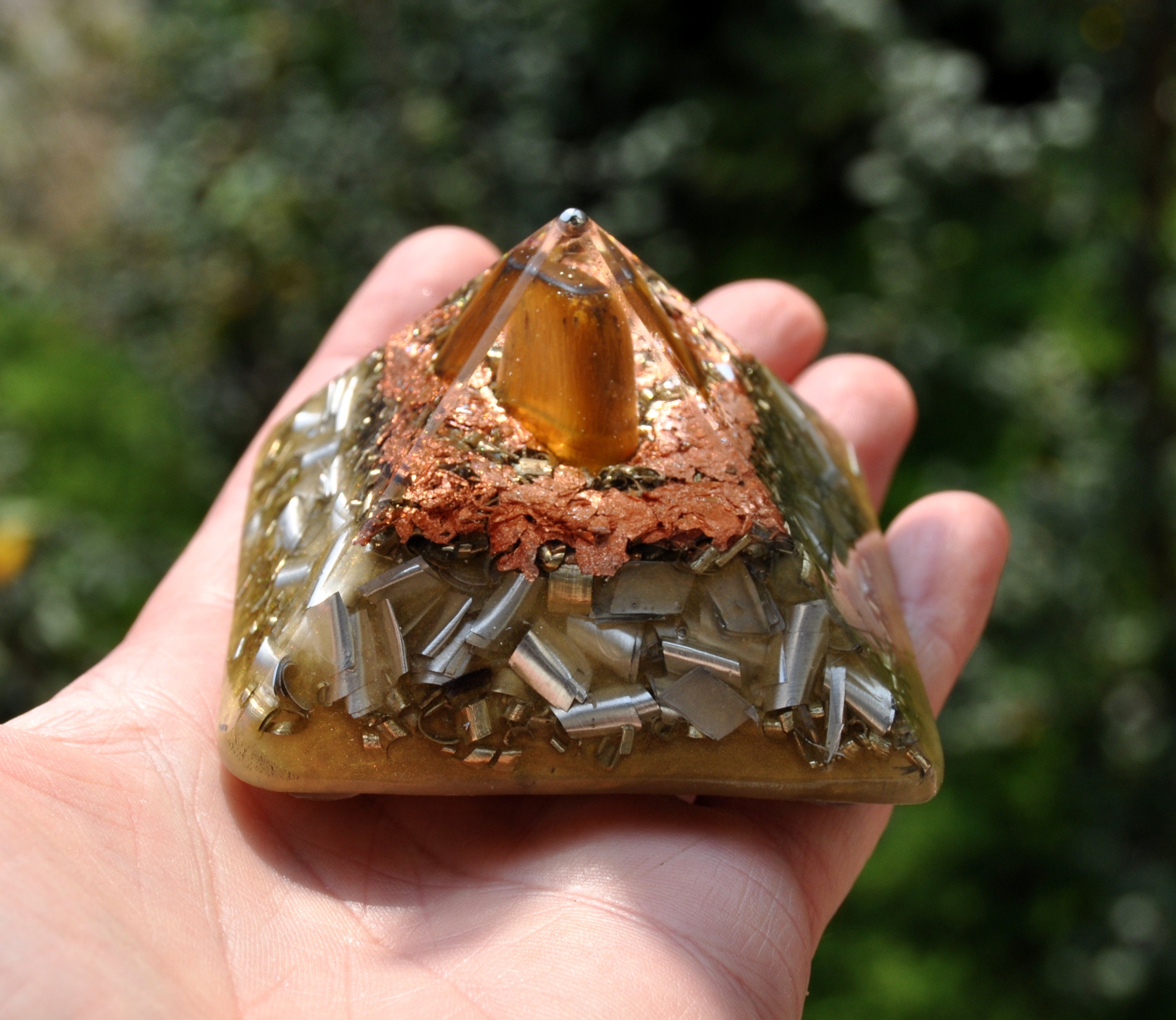 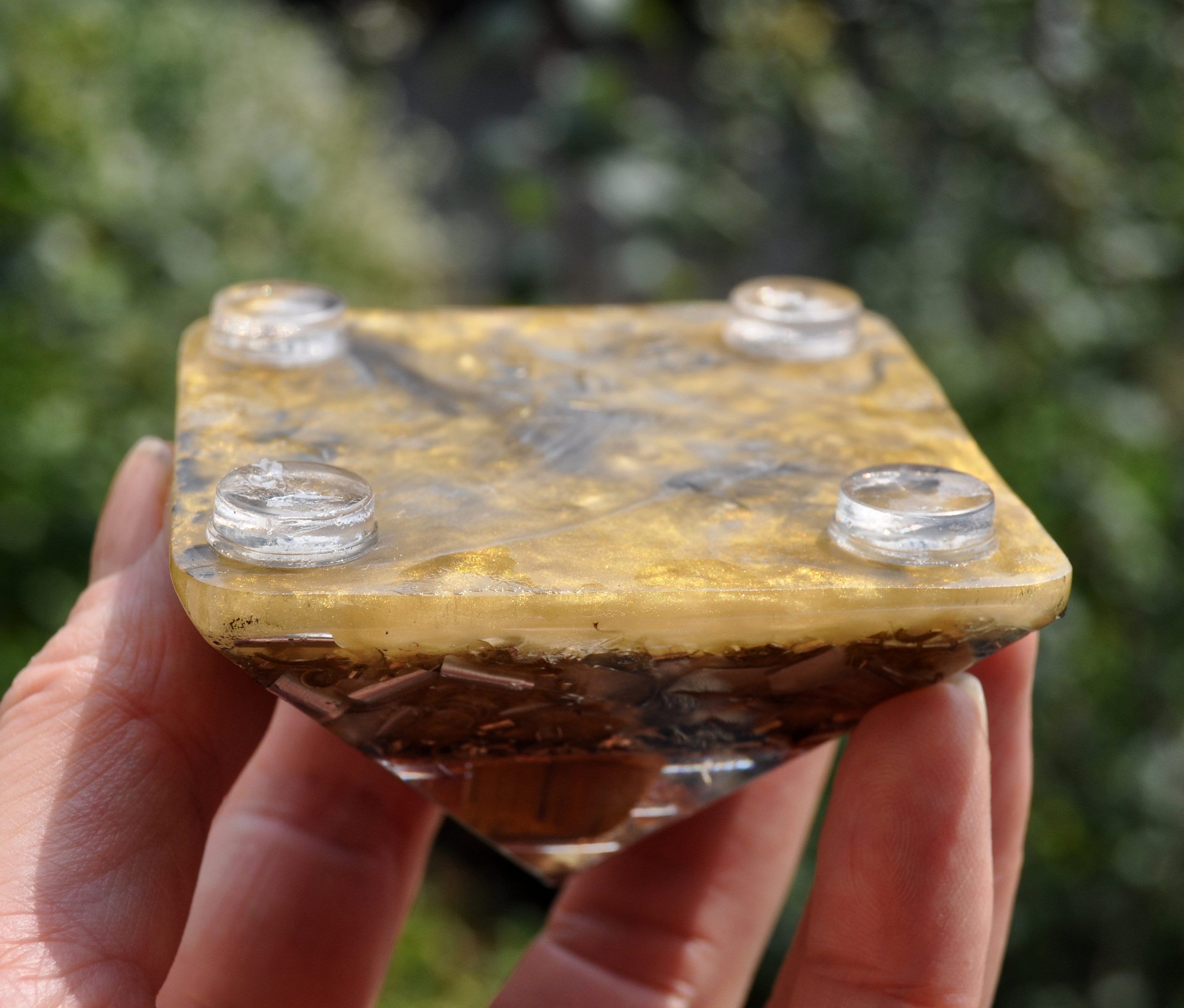 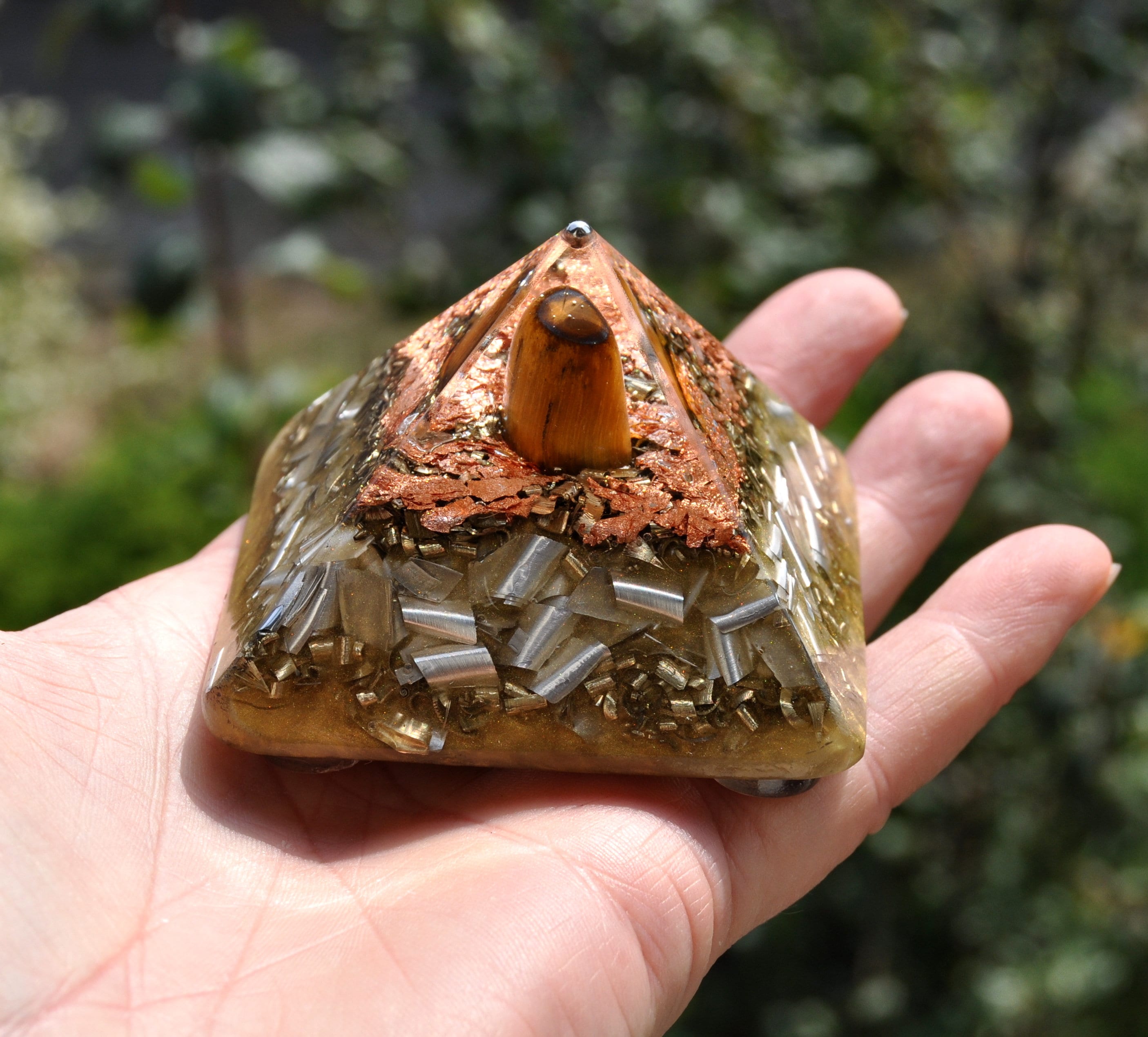 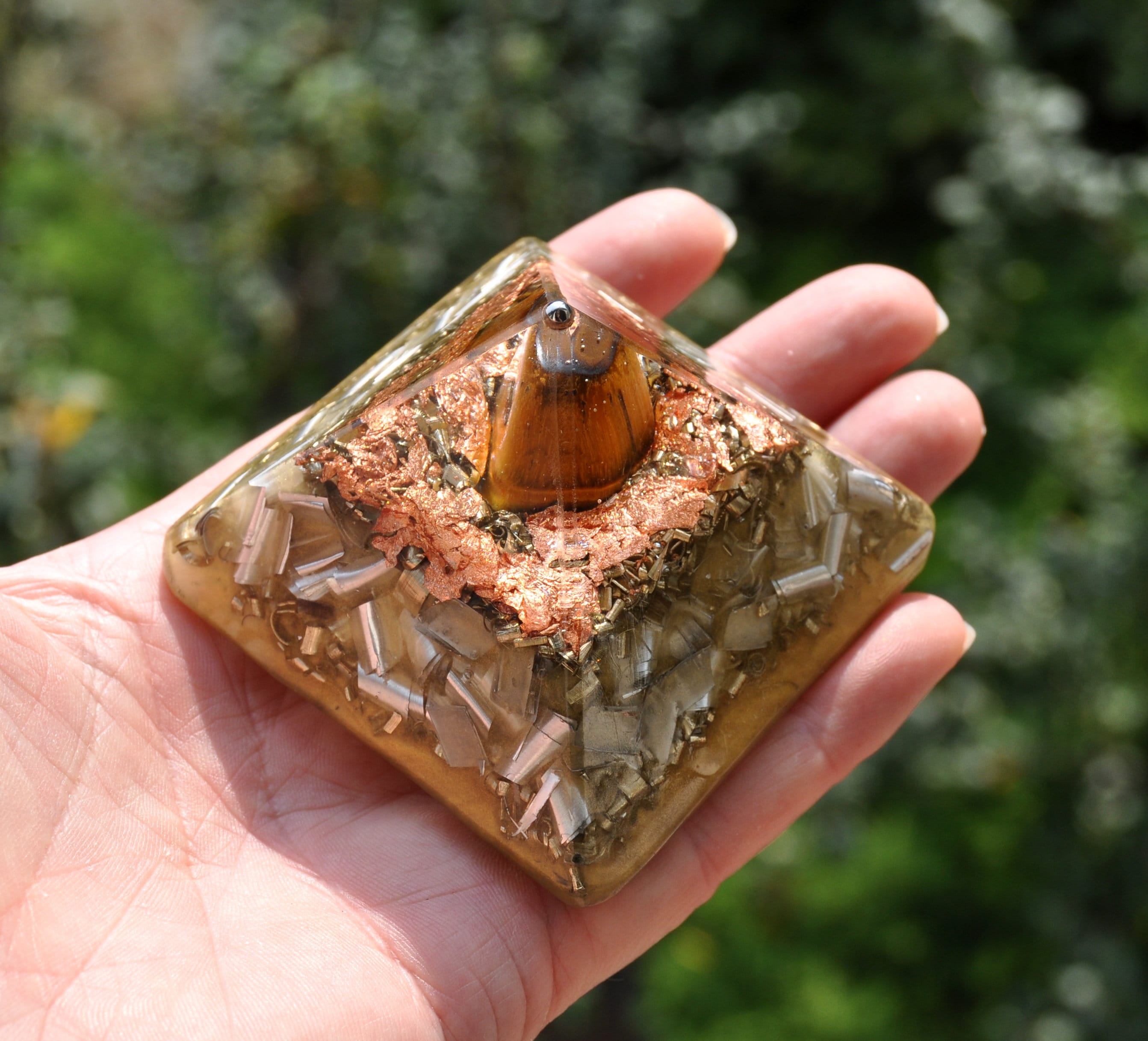 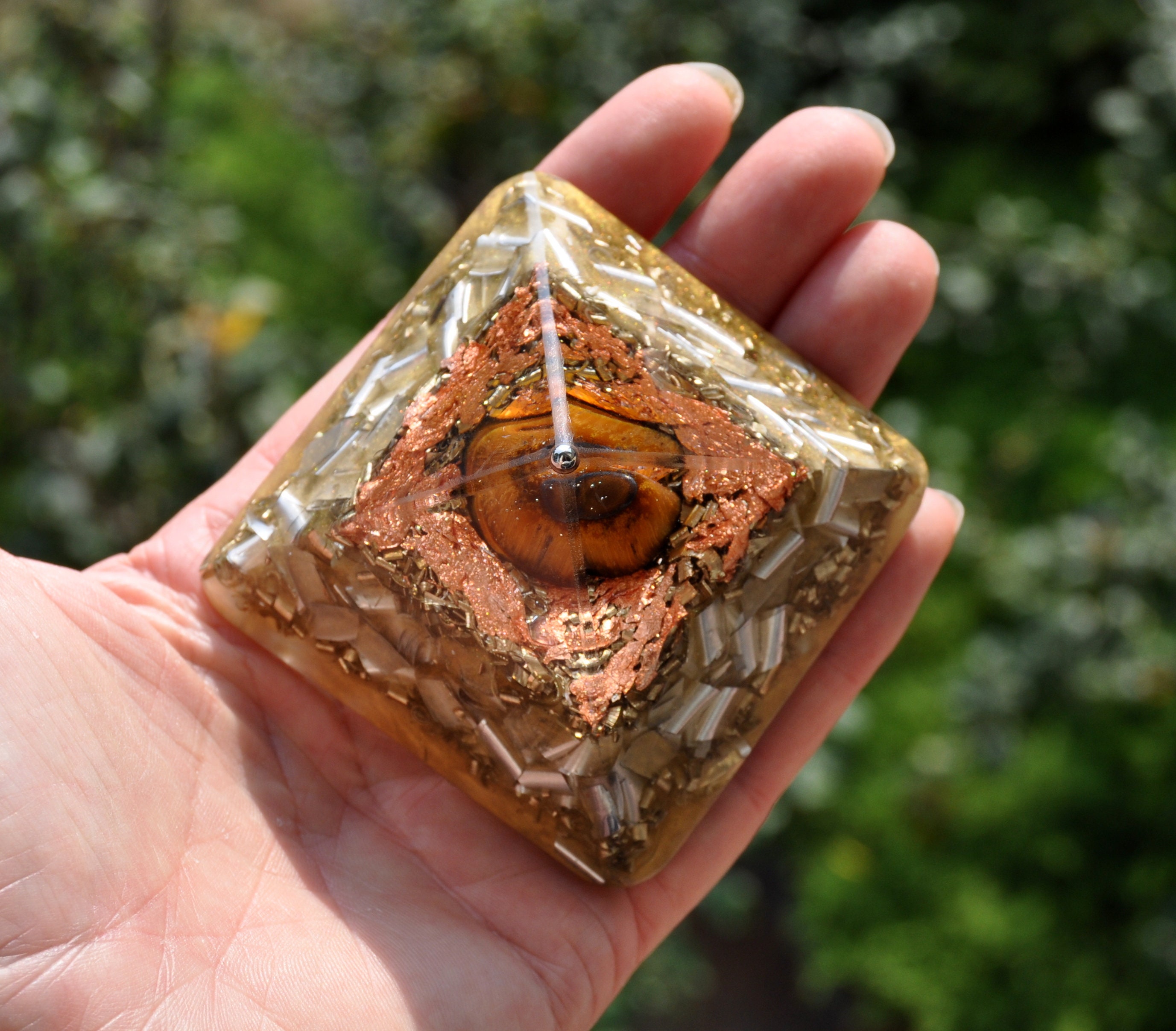 This is a unique Orgonite® pyramid with the original shape of the actual Giza pyramid in Egypt. It has one yellow Tiger Eye in the top with one stainless steel bal directly in the top which makes the energy come out wide instead of a beam going straight out.