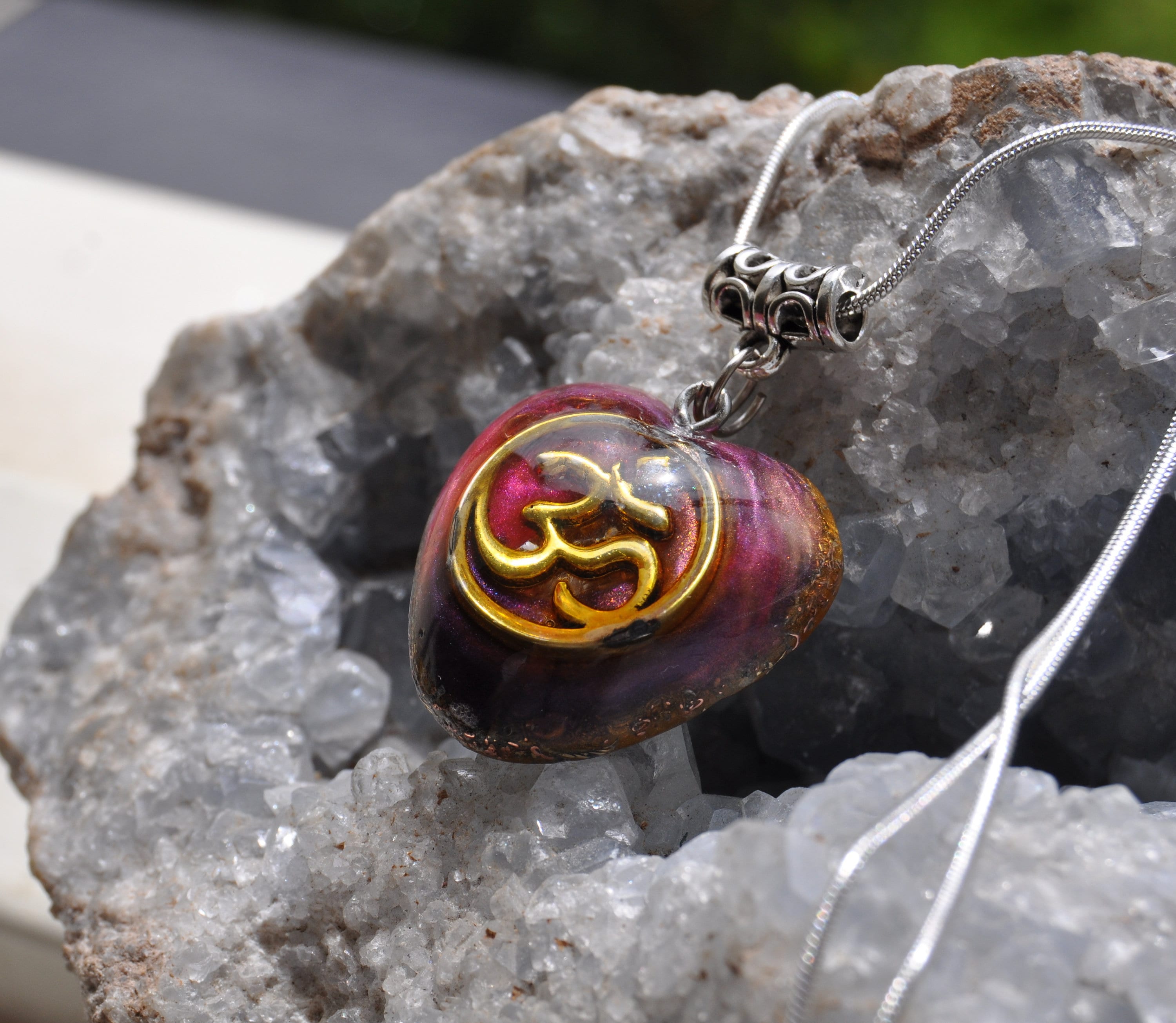 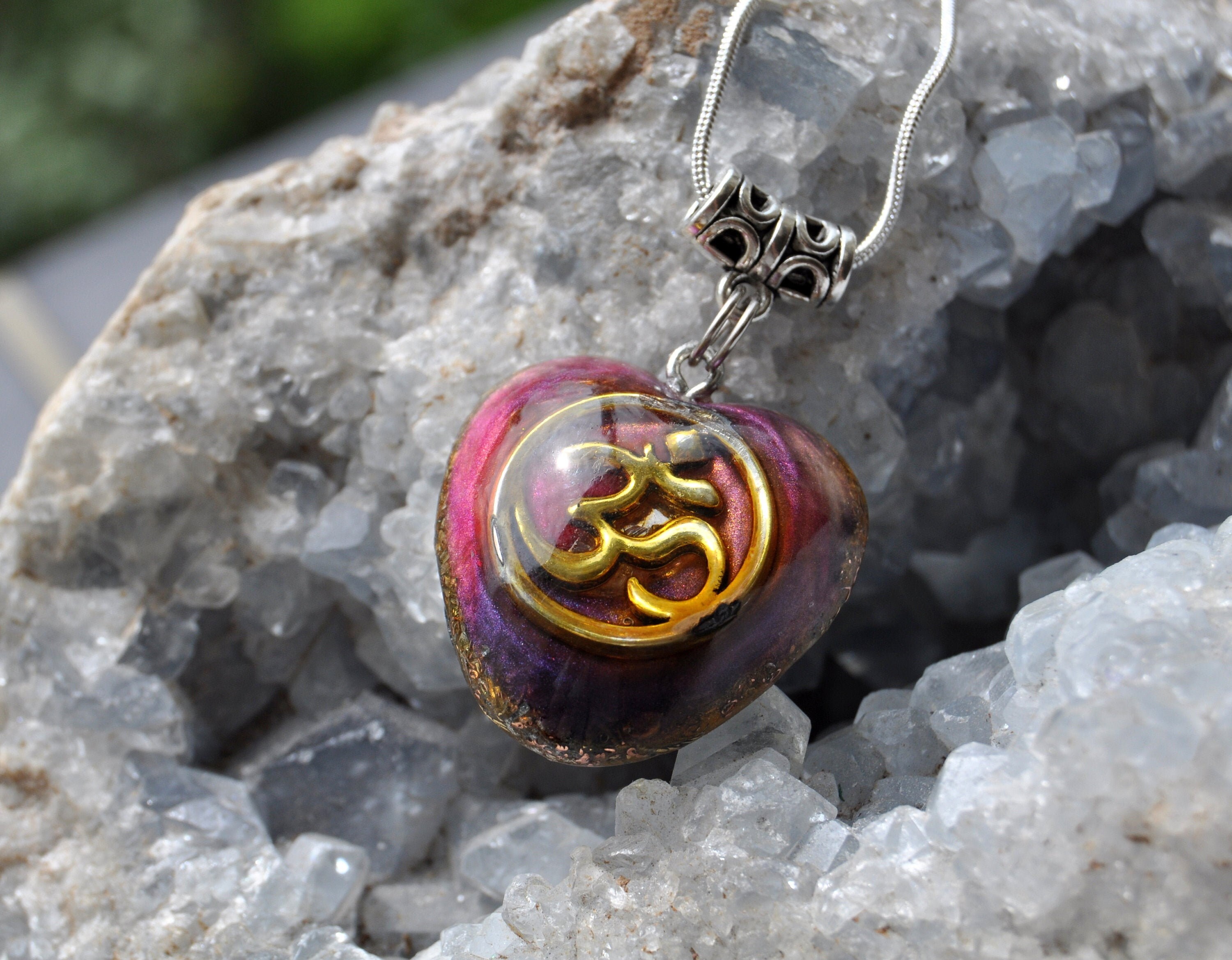 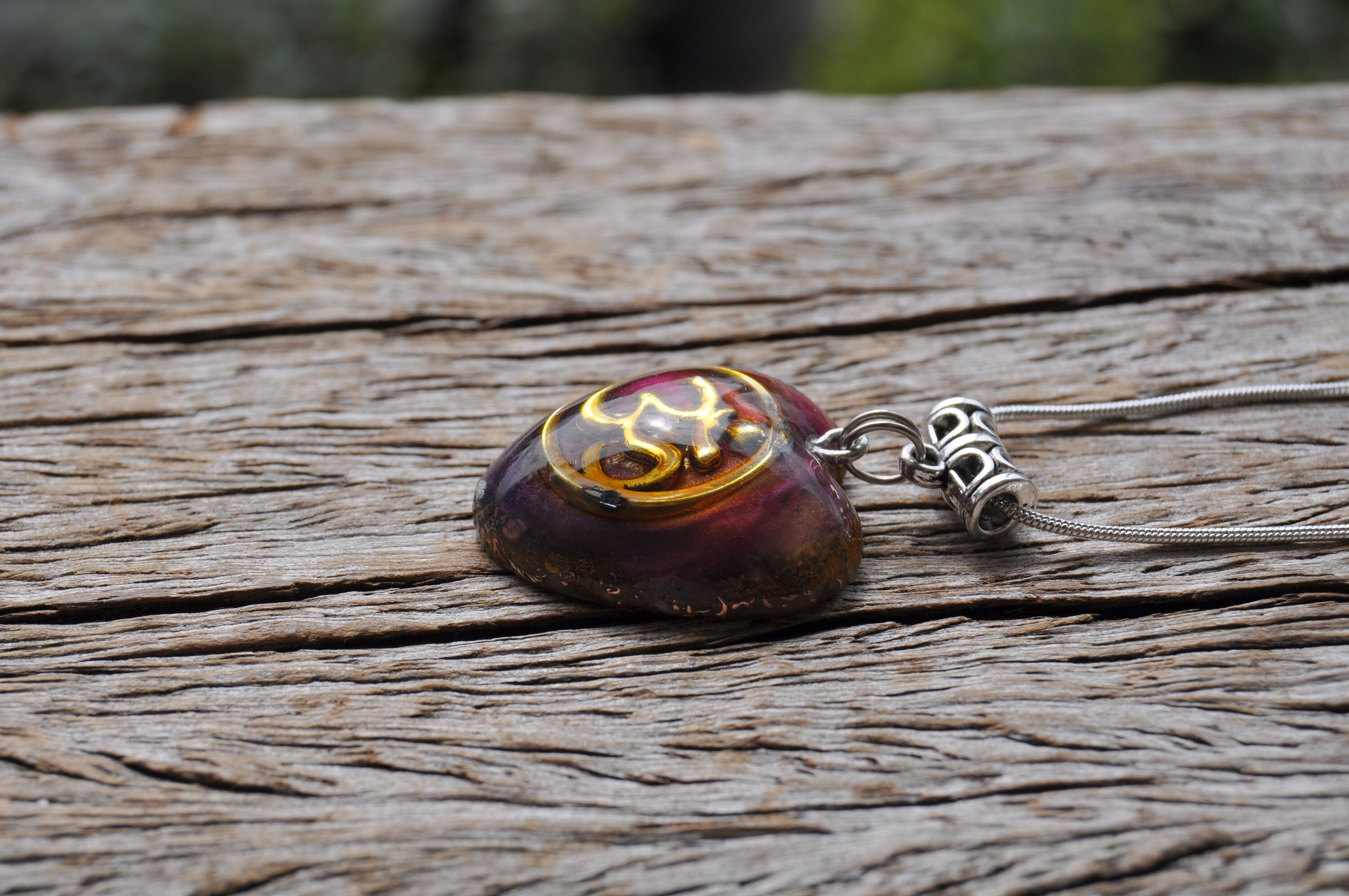 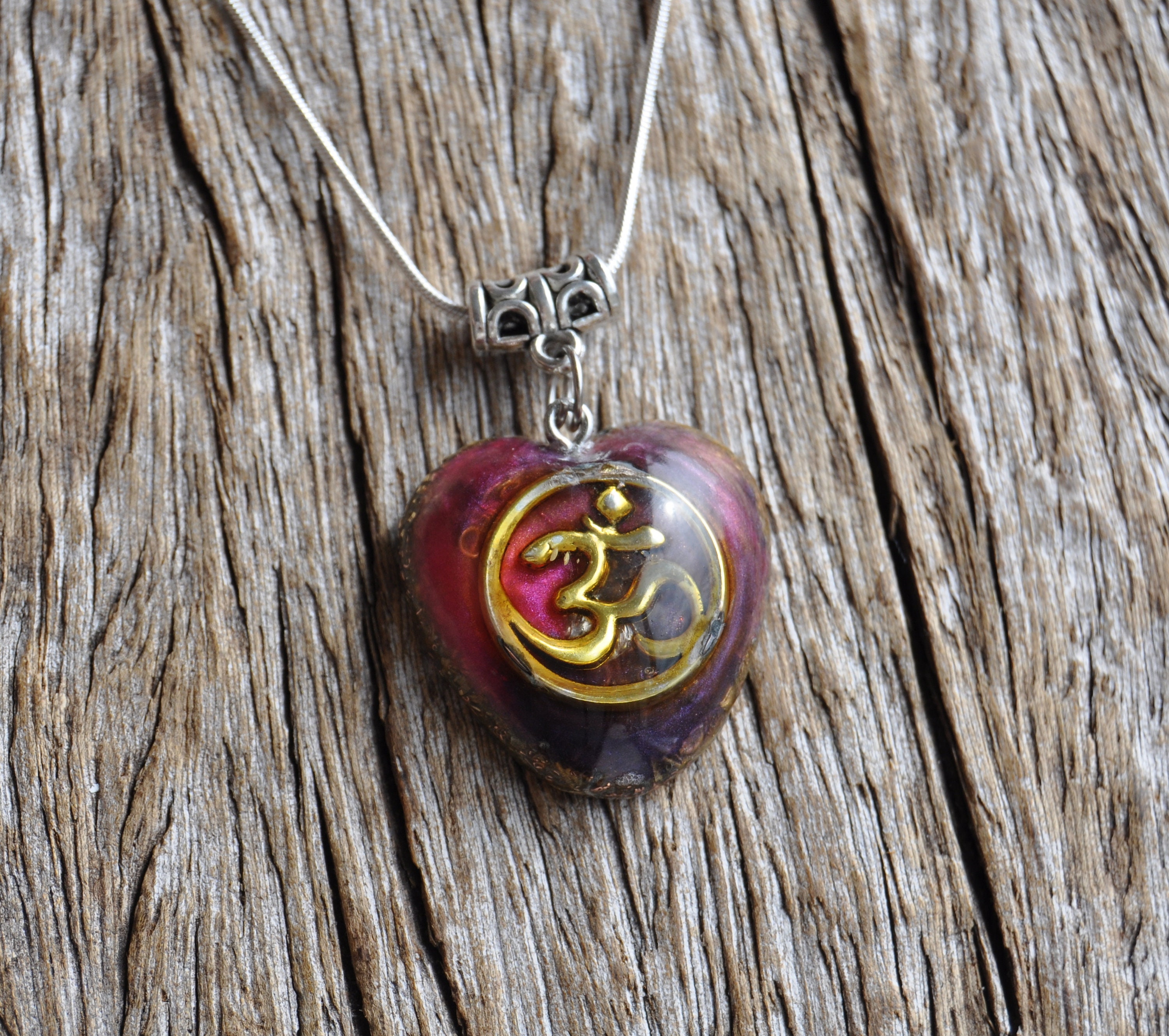 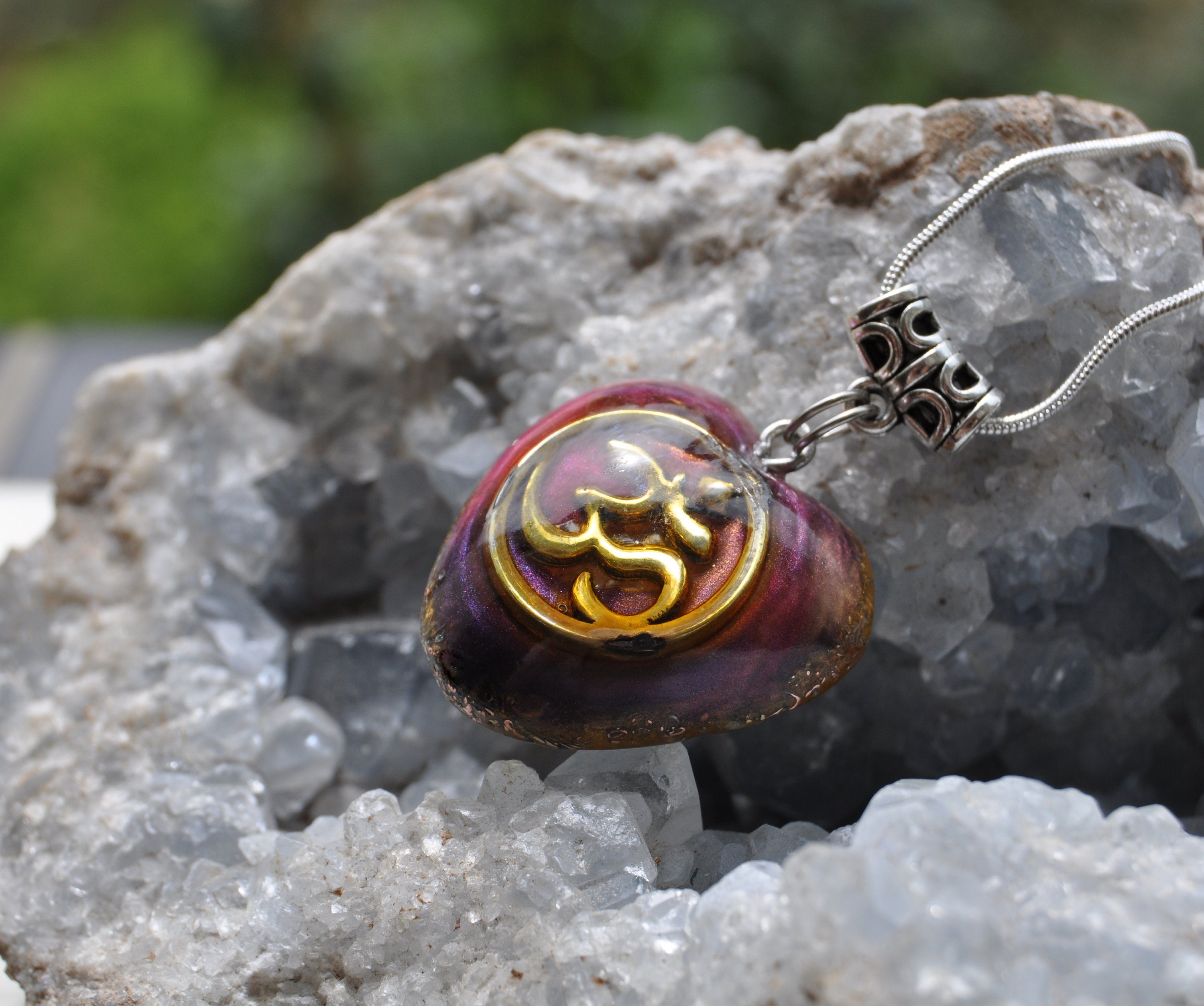 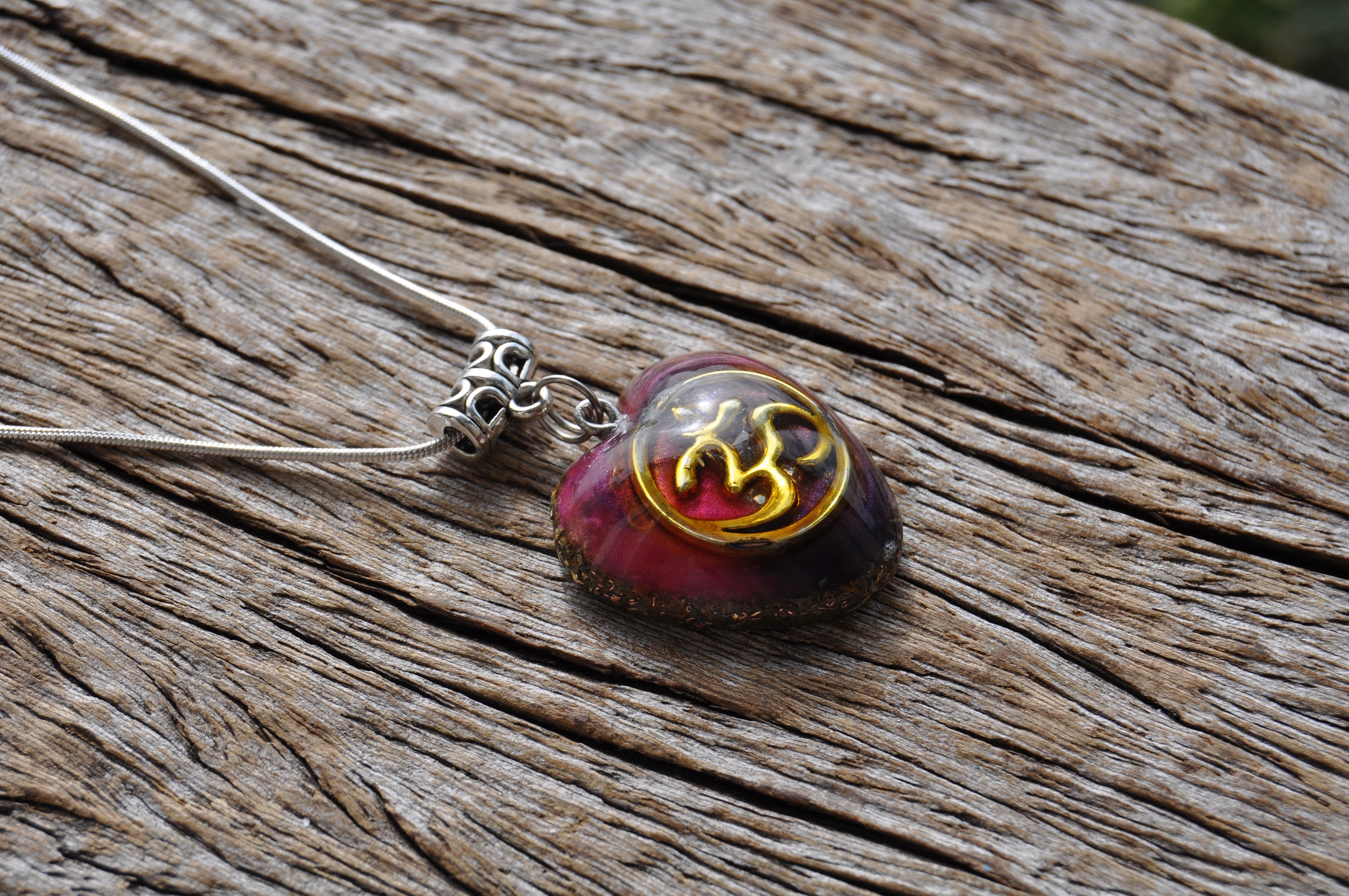 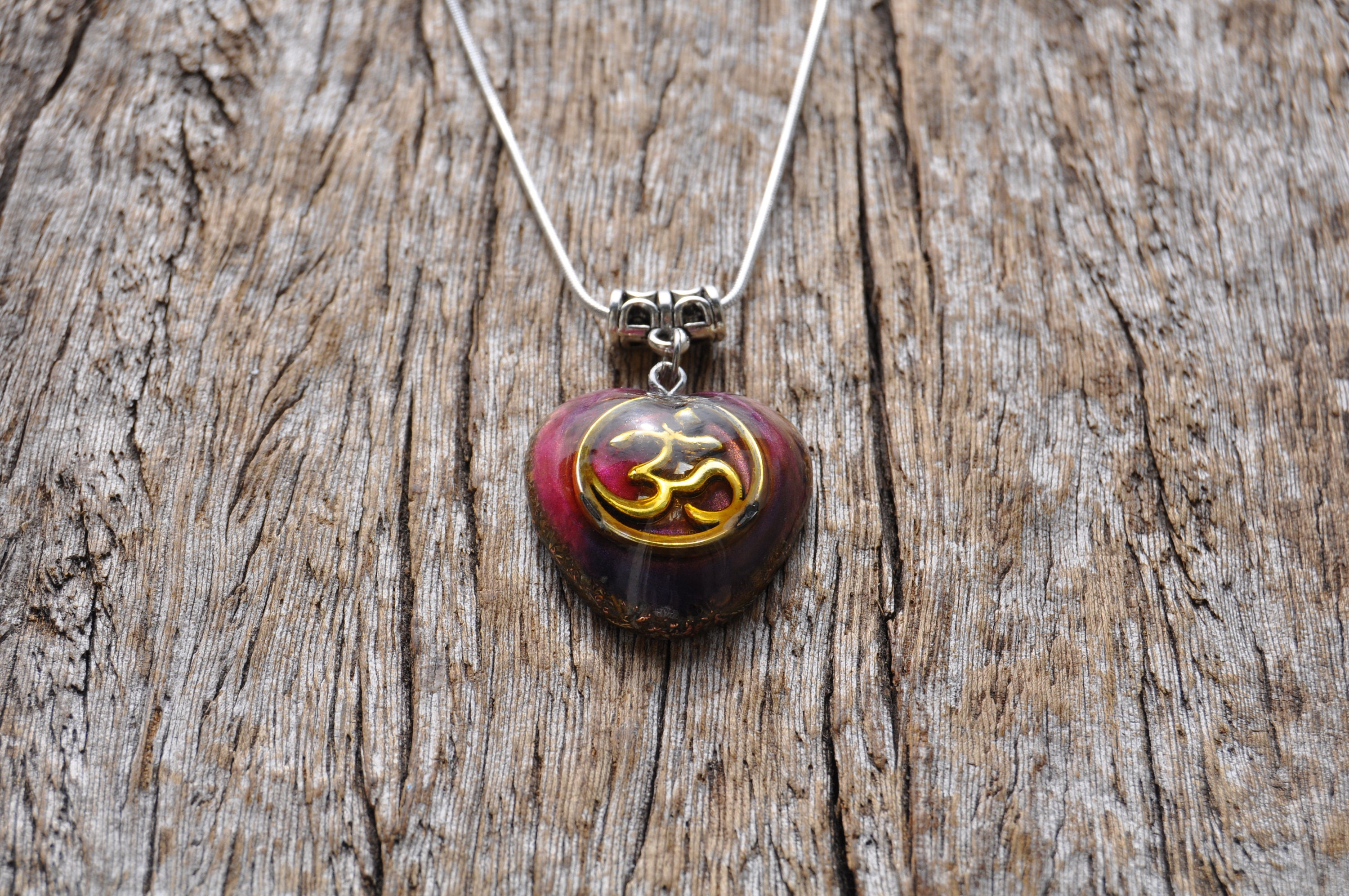 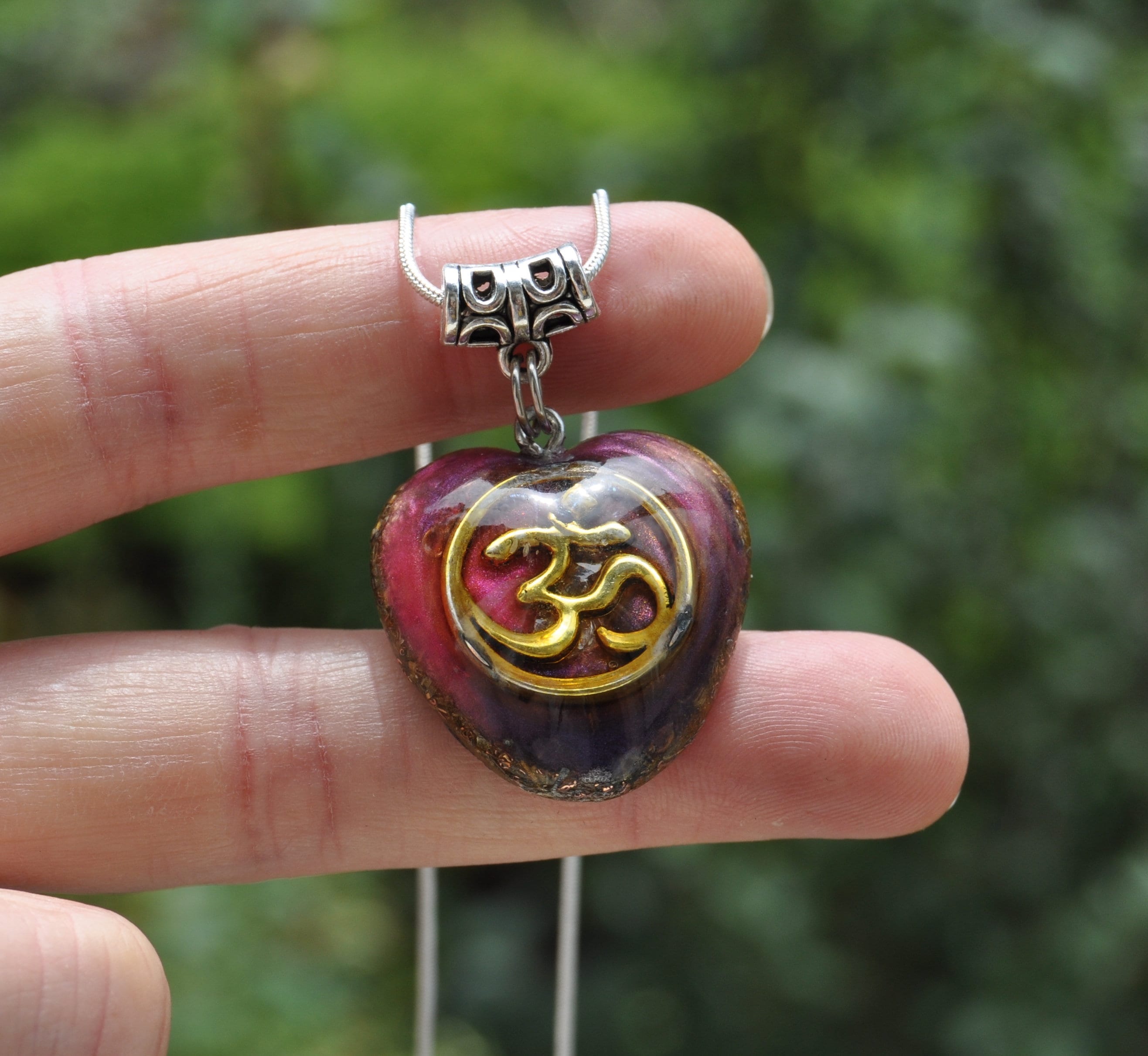 This is a lovely heart shaped orgonite® necklace with an AUM symbol. It furthermore consists of clear Quartz and lots of various metal shavings.

Because it is a one of a kind hand-crafted one, it may have slight artistic imperfections.
It comes on a 44 cm / 17 inches stainless steel necklace with lobster clasp closing.
Size approx.
2.7 cm / 1.2 inches from left to right.