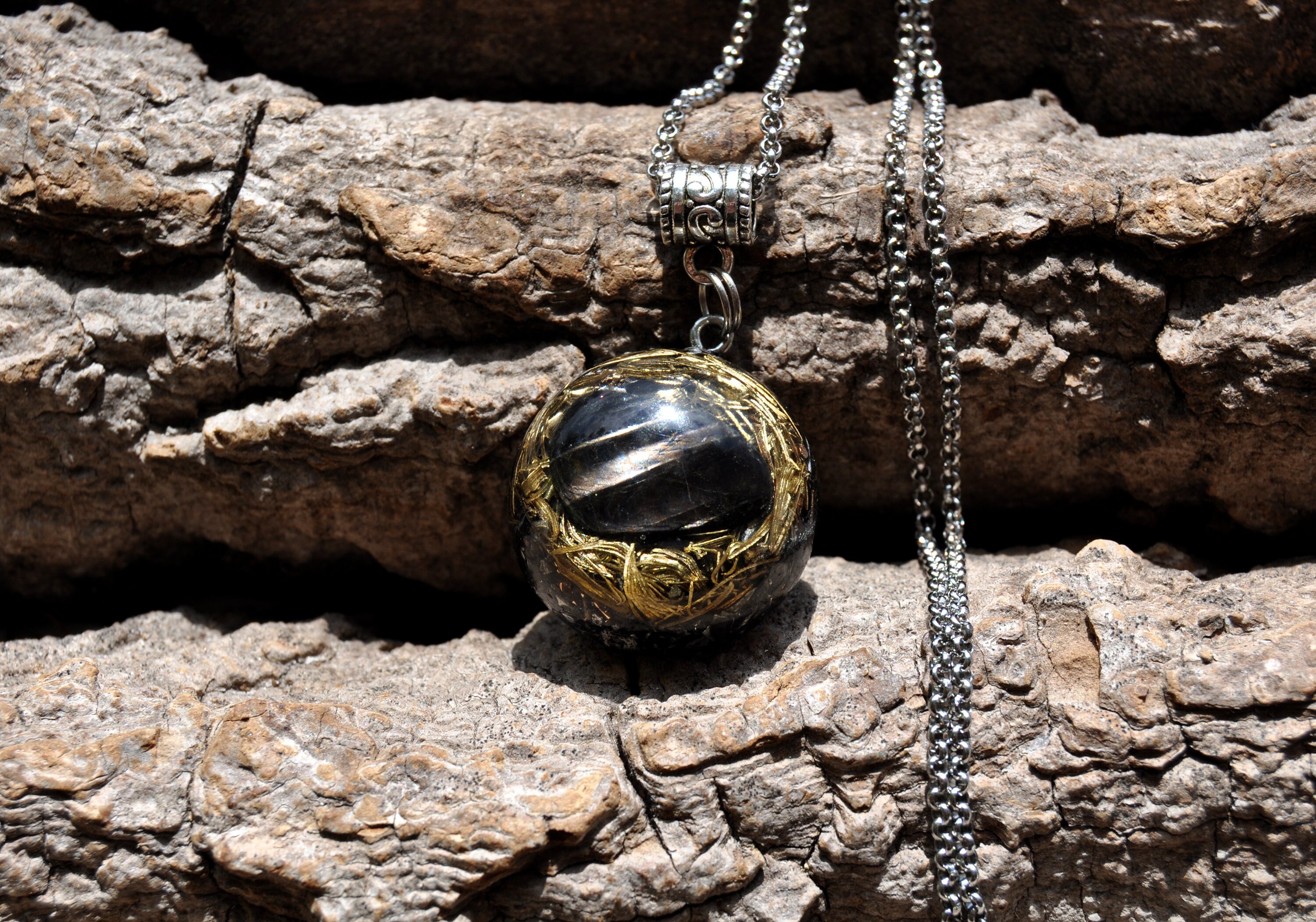 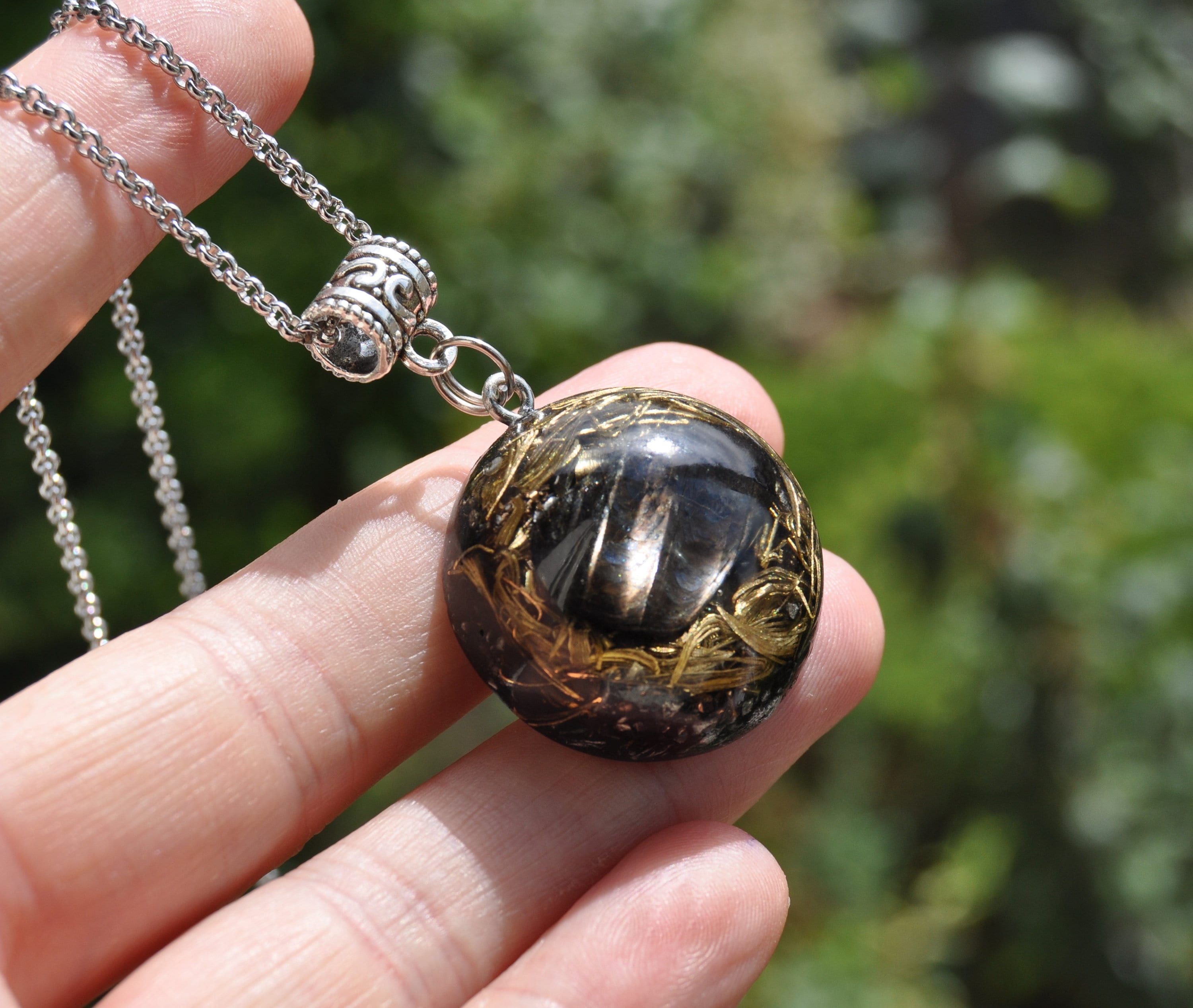 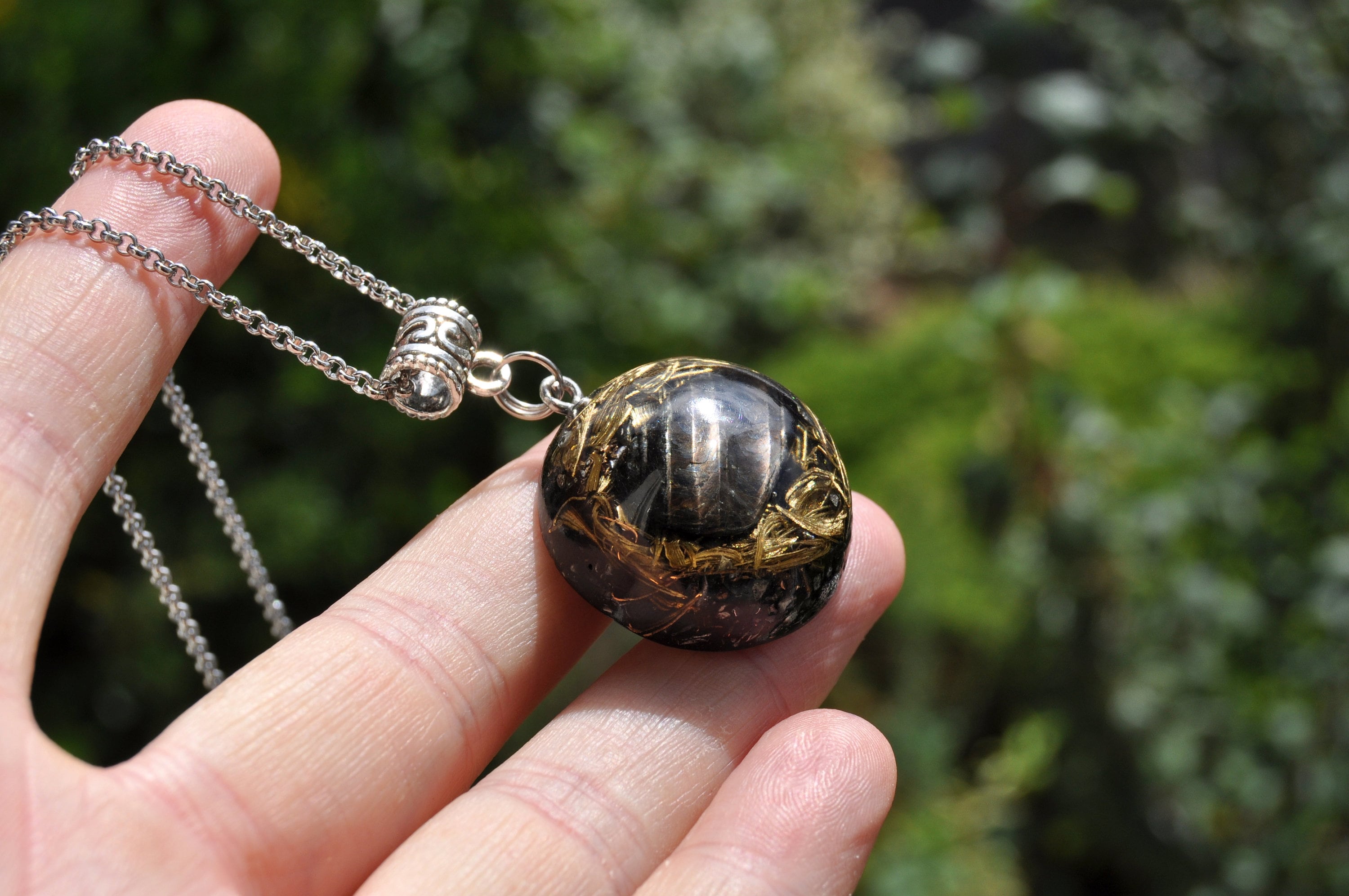 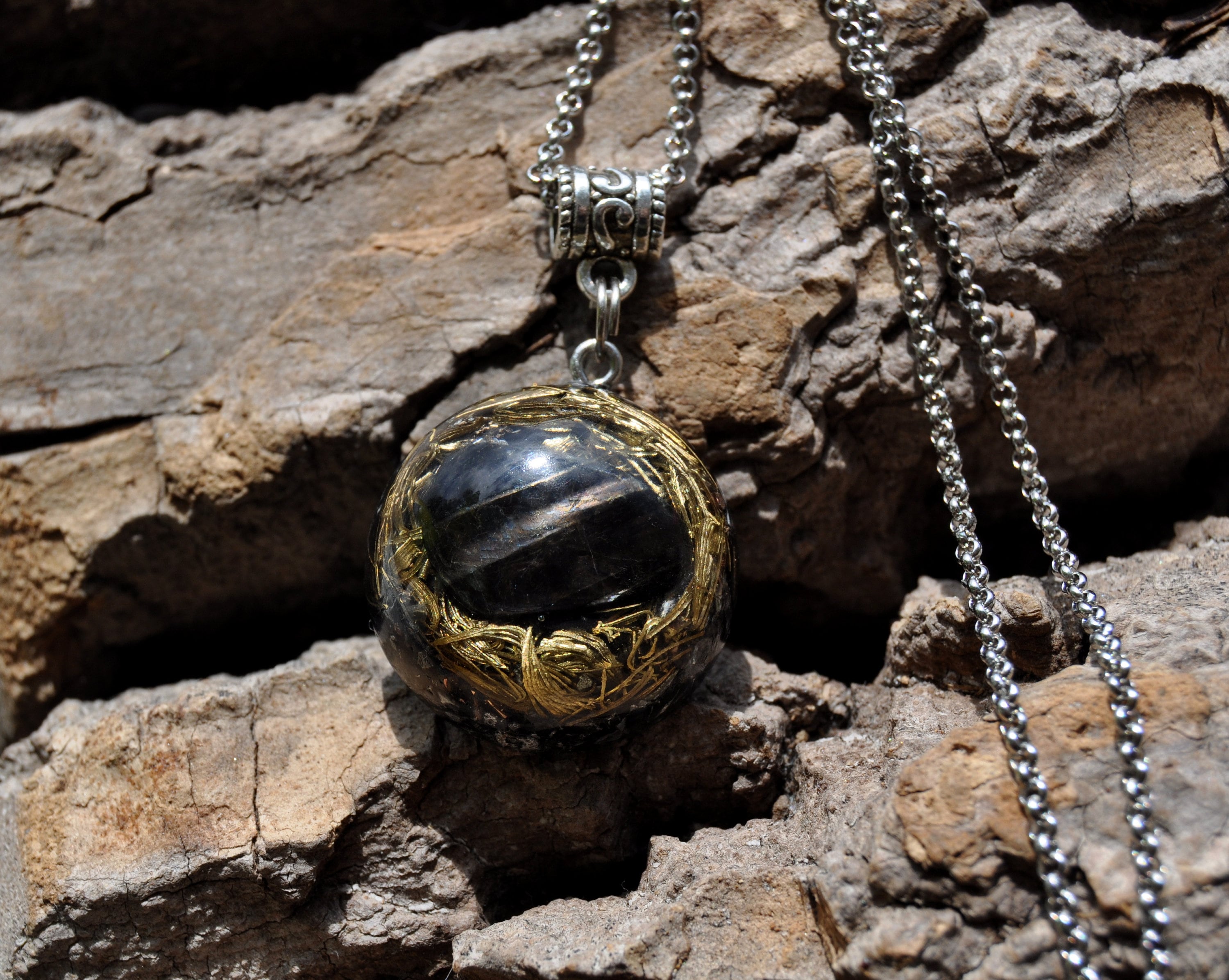 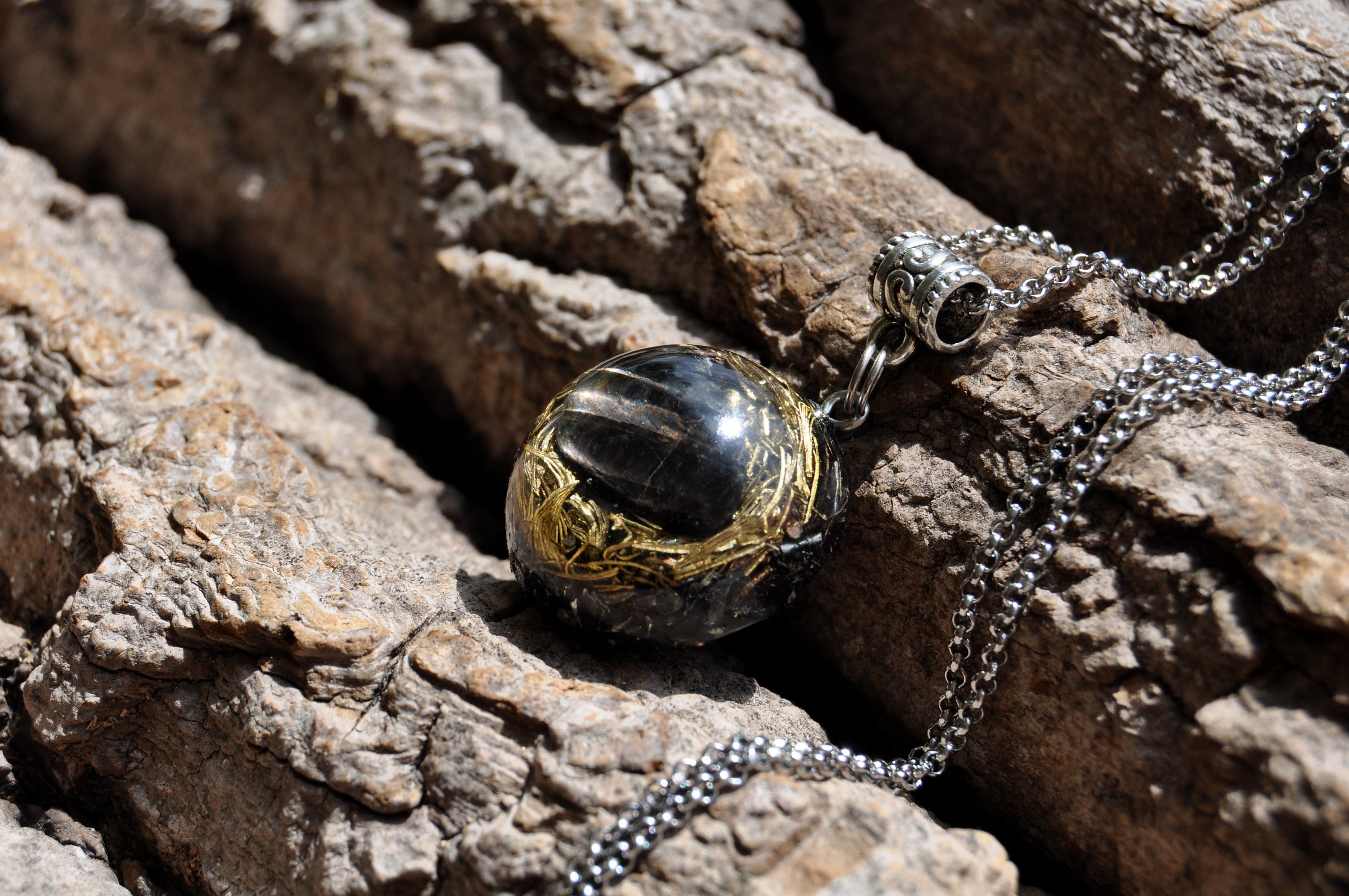 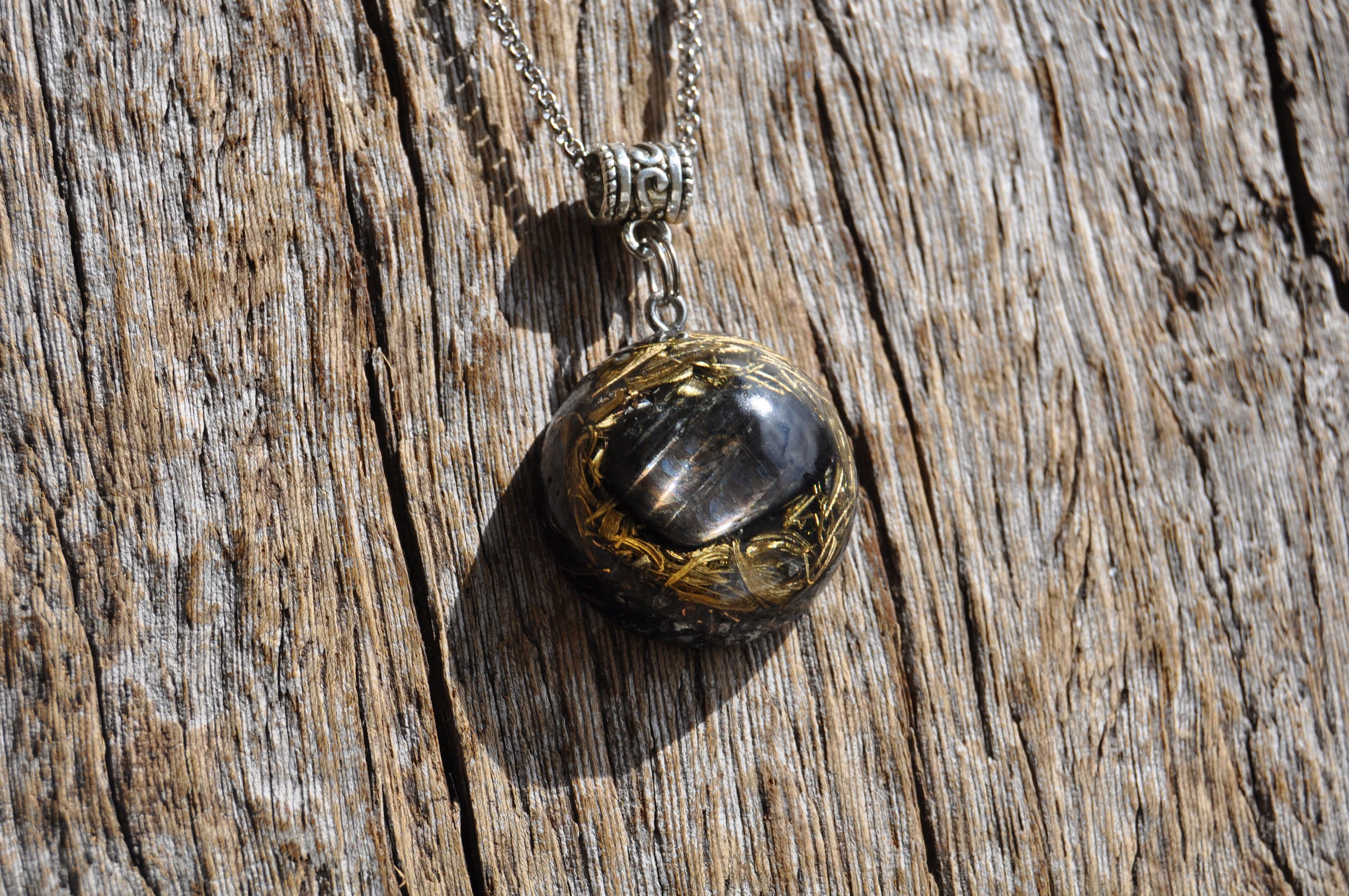 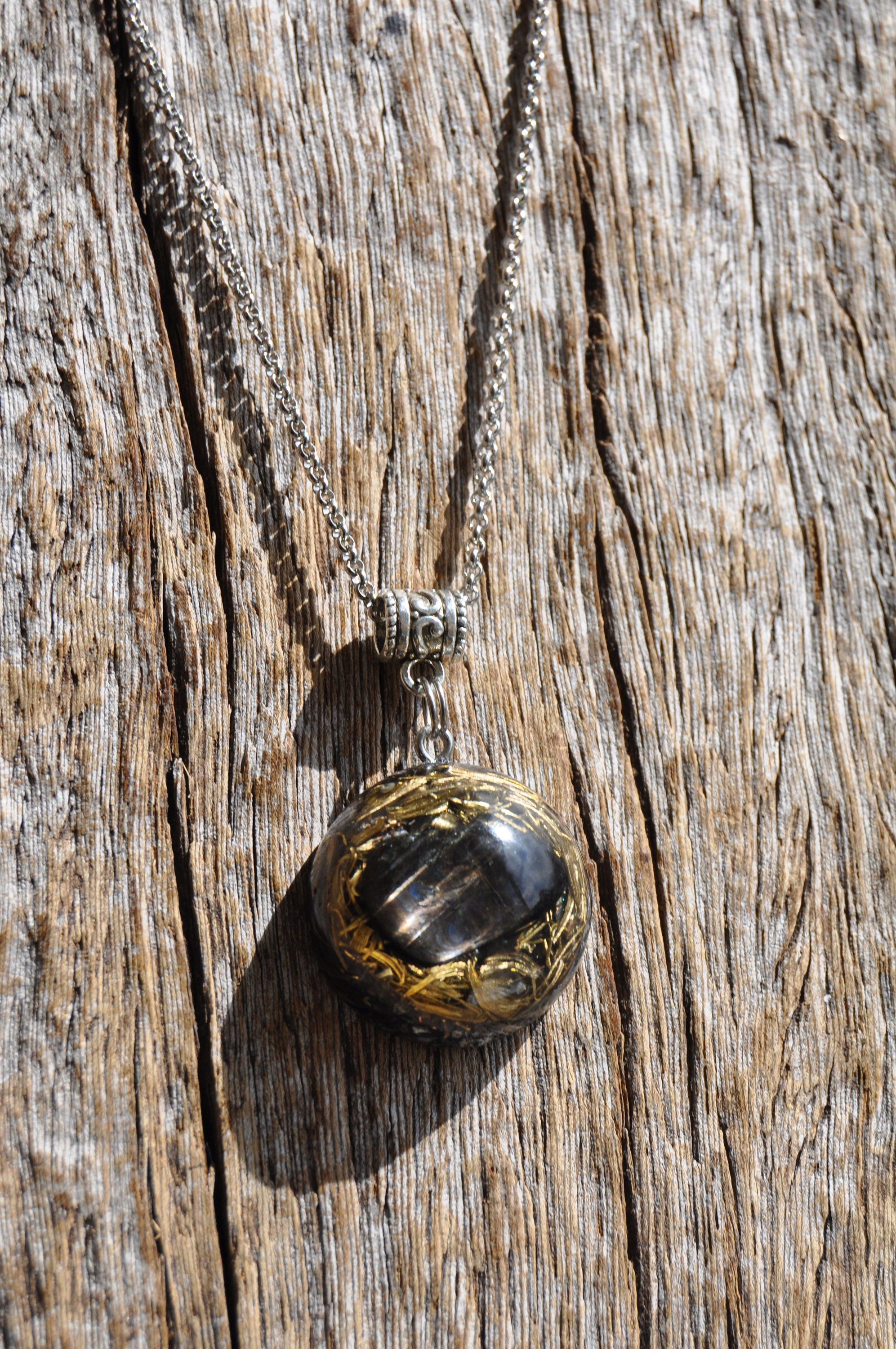 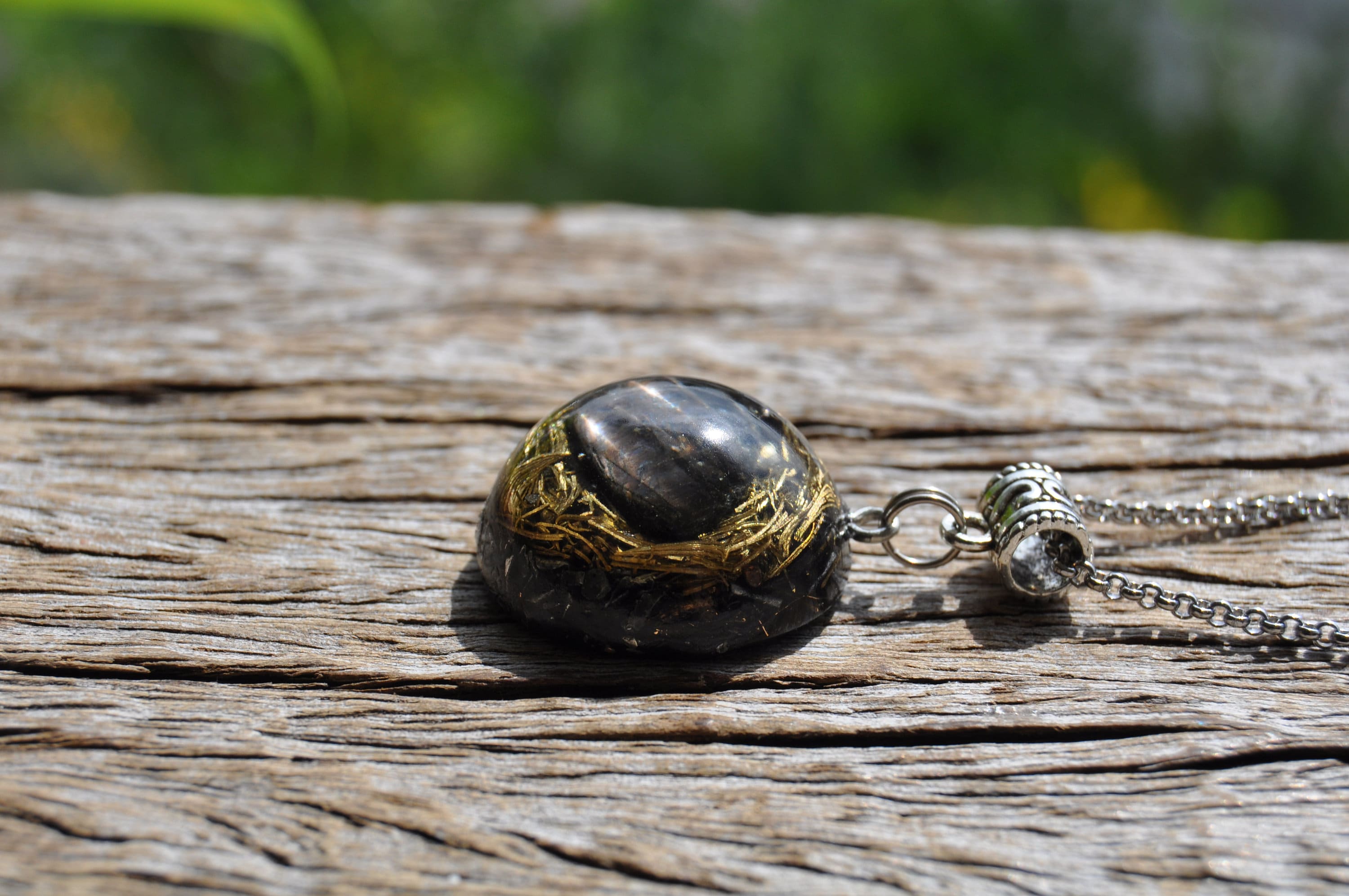 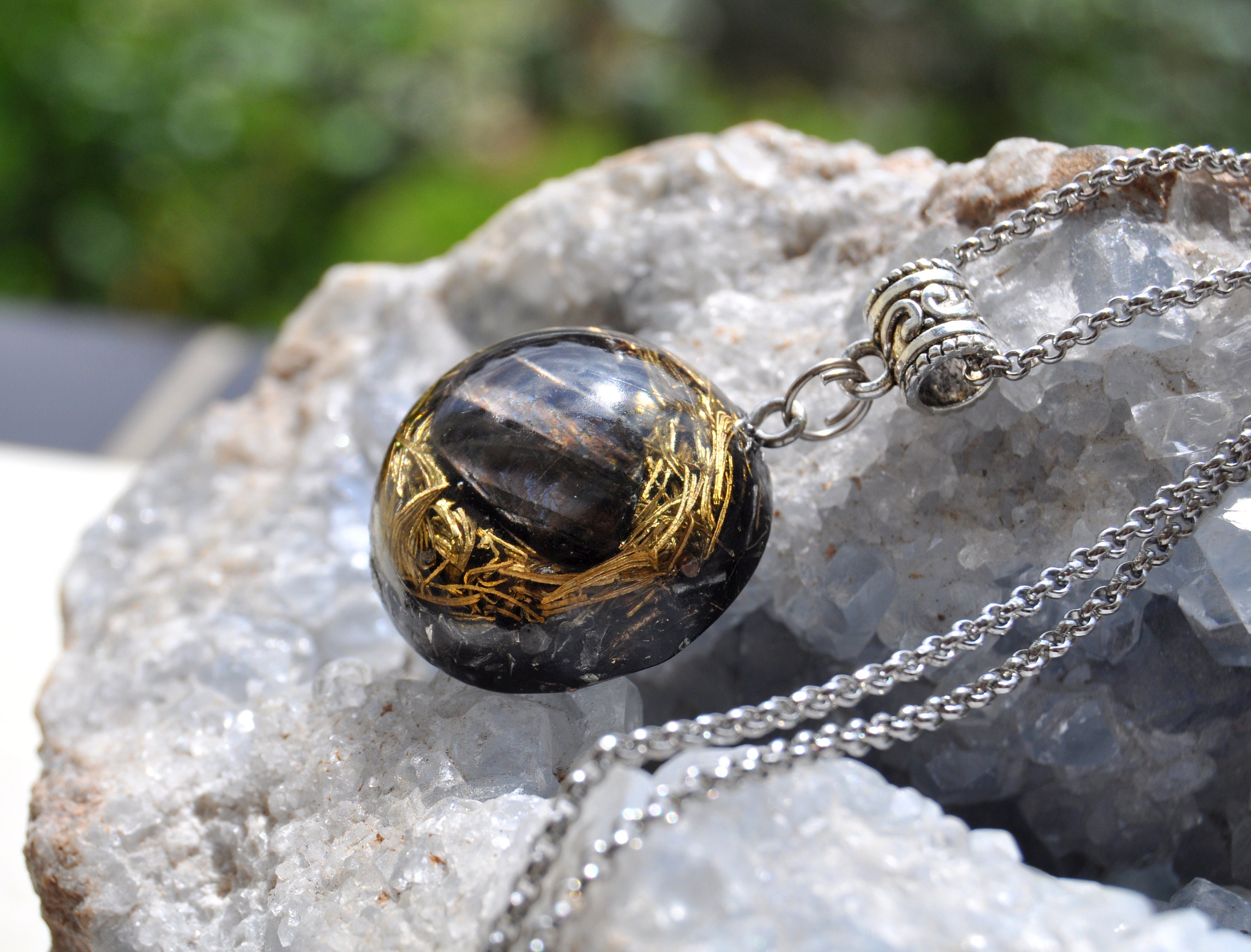 The main stone is a lovely A quality polished Hypersthene which you can see in the front.

Because it is a one of a kind hand-crafted one, it may have slight artistic imperfections.
It comes on 54 cm / 21.25 inches stainless steel necklace with lobster clasp closing.