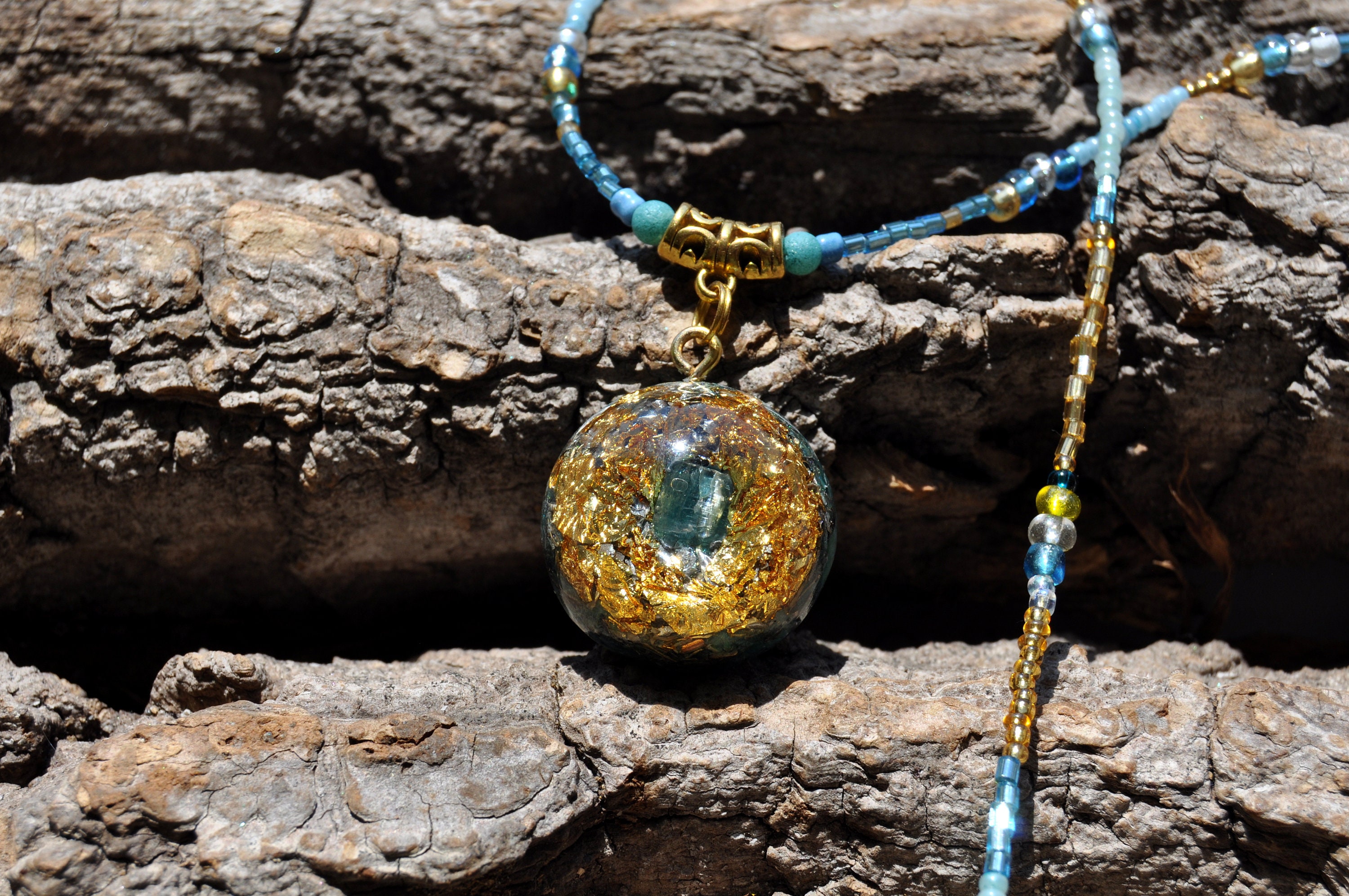 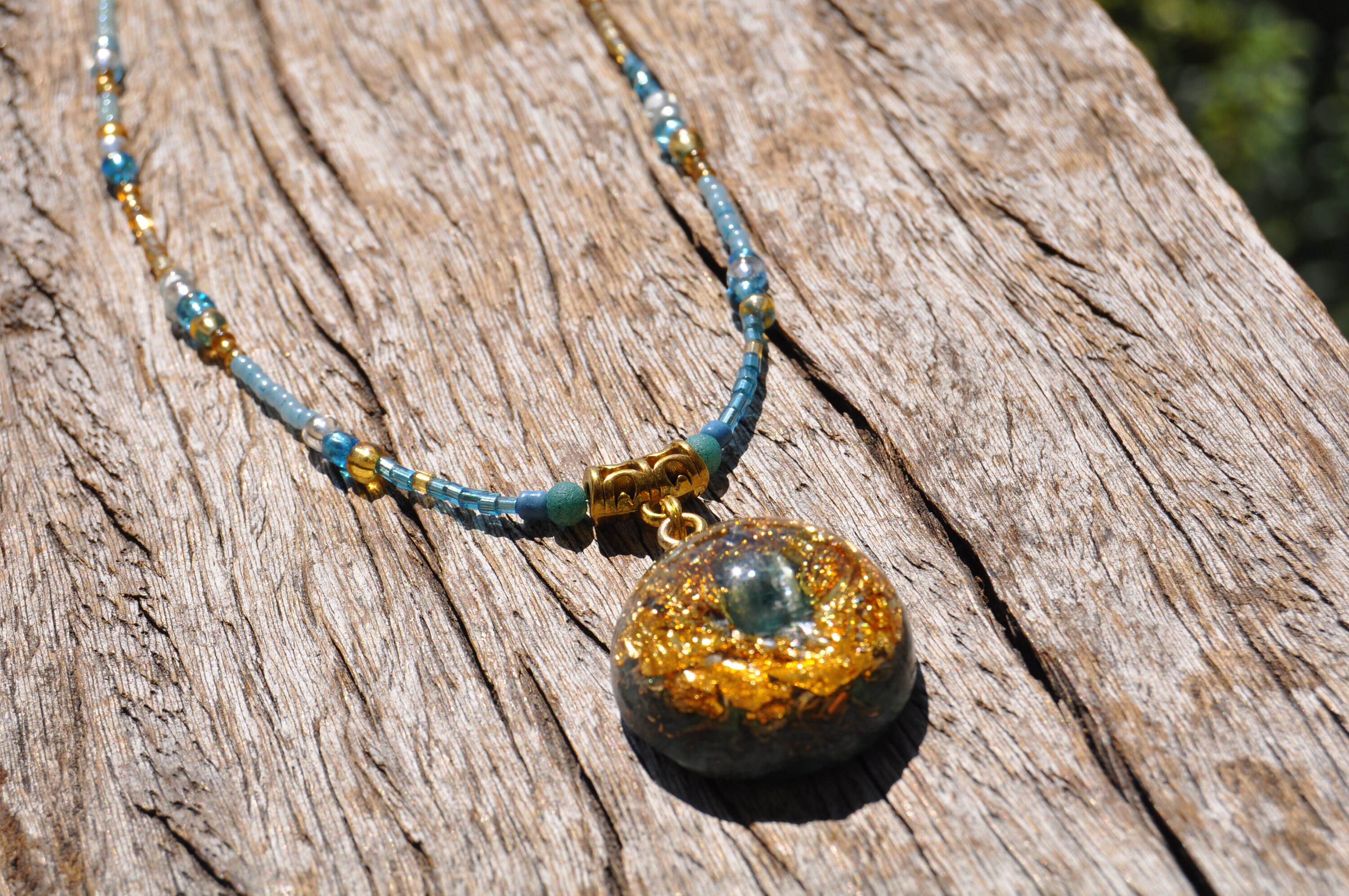 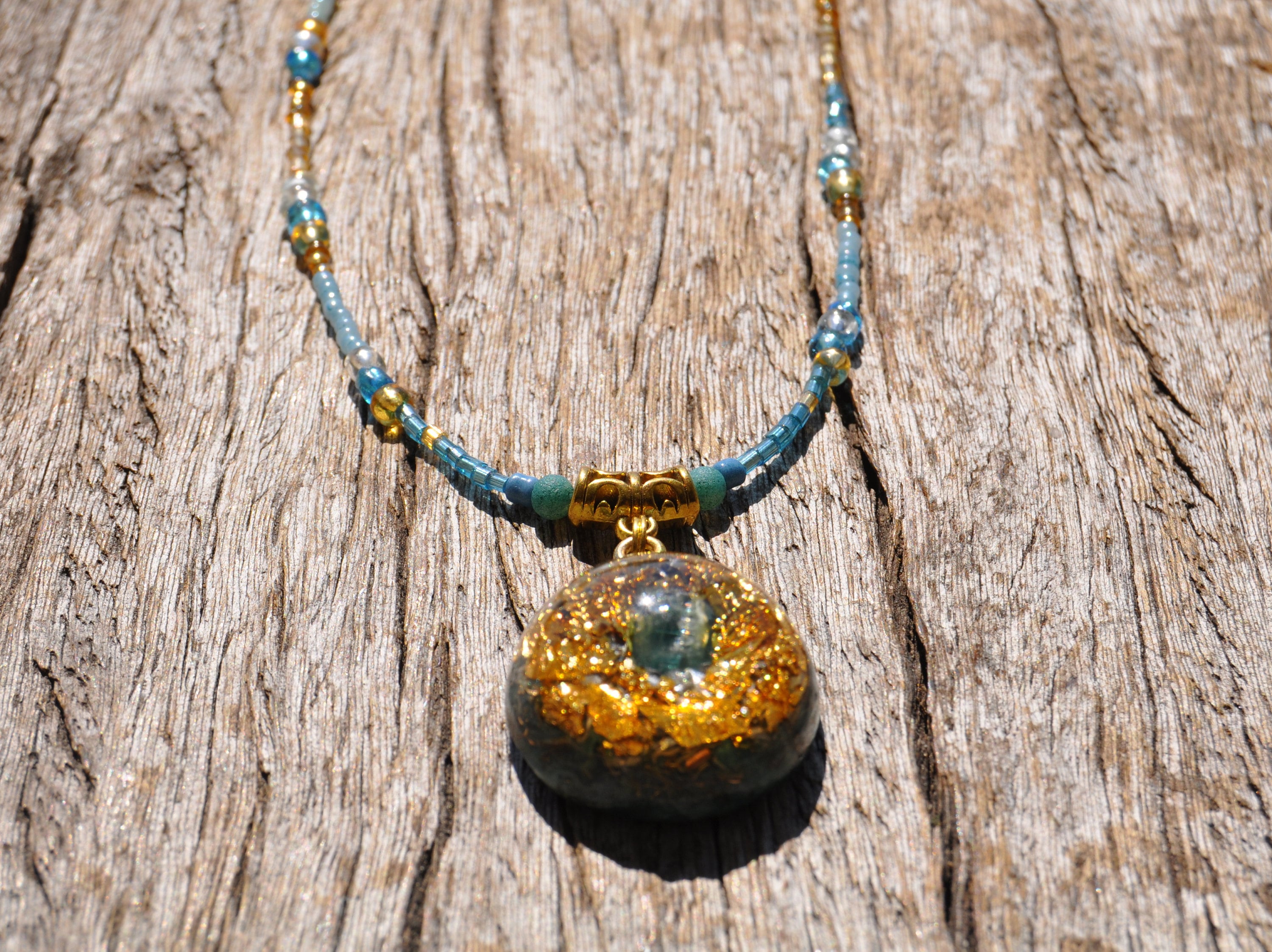 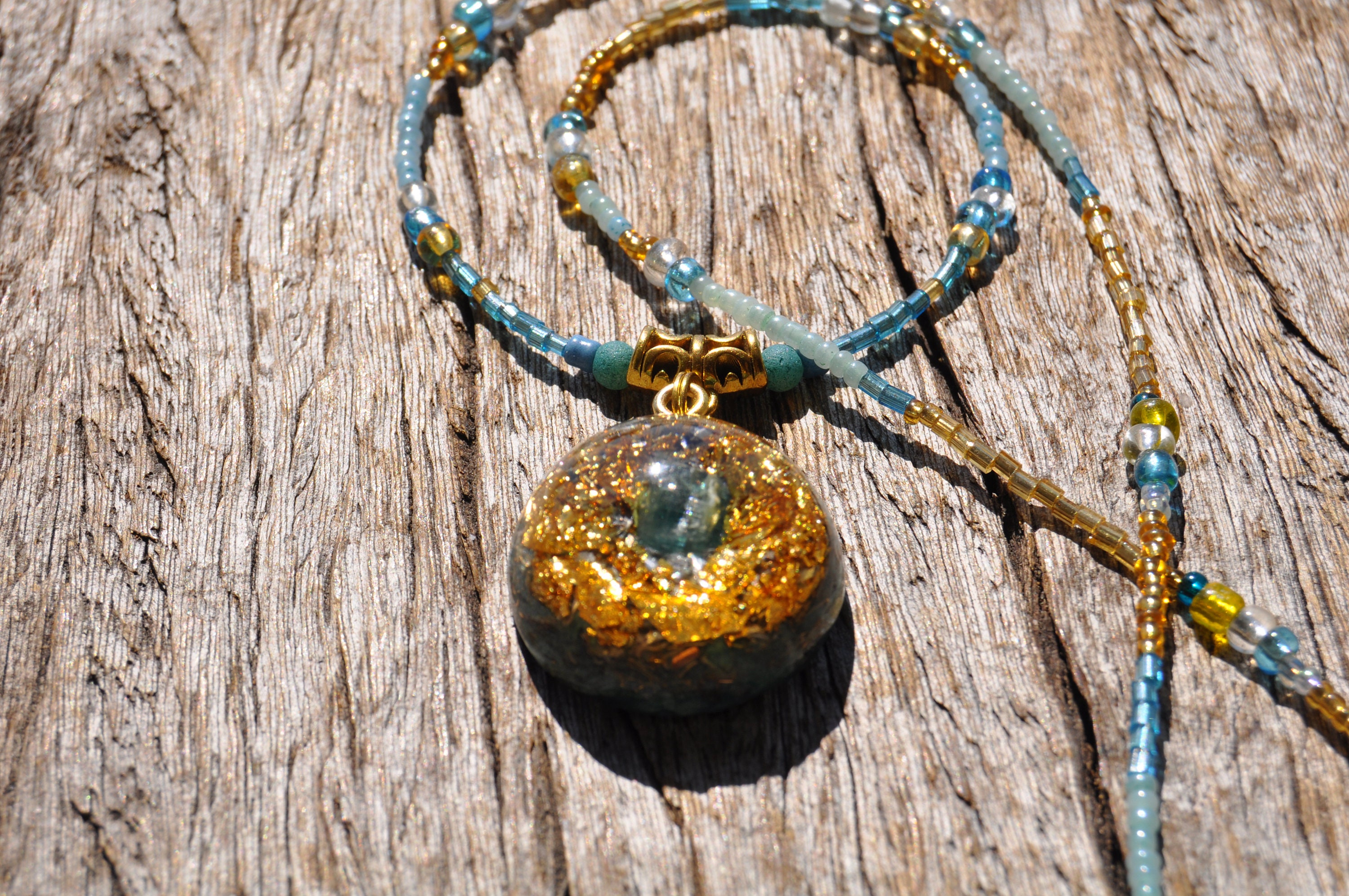 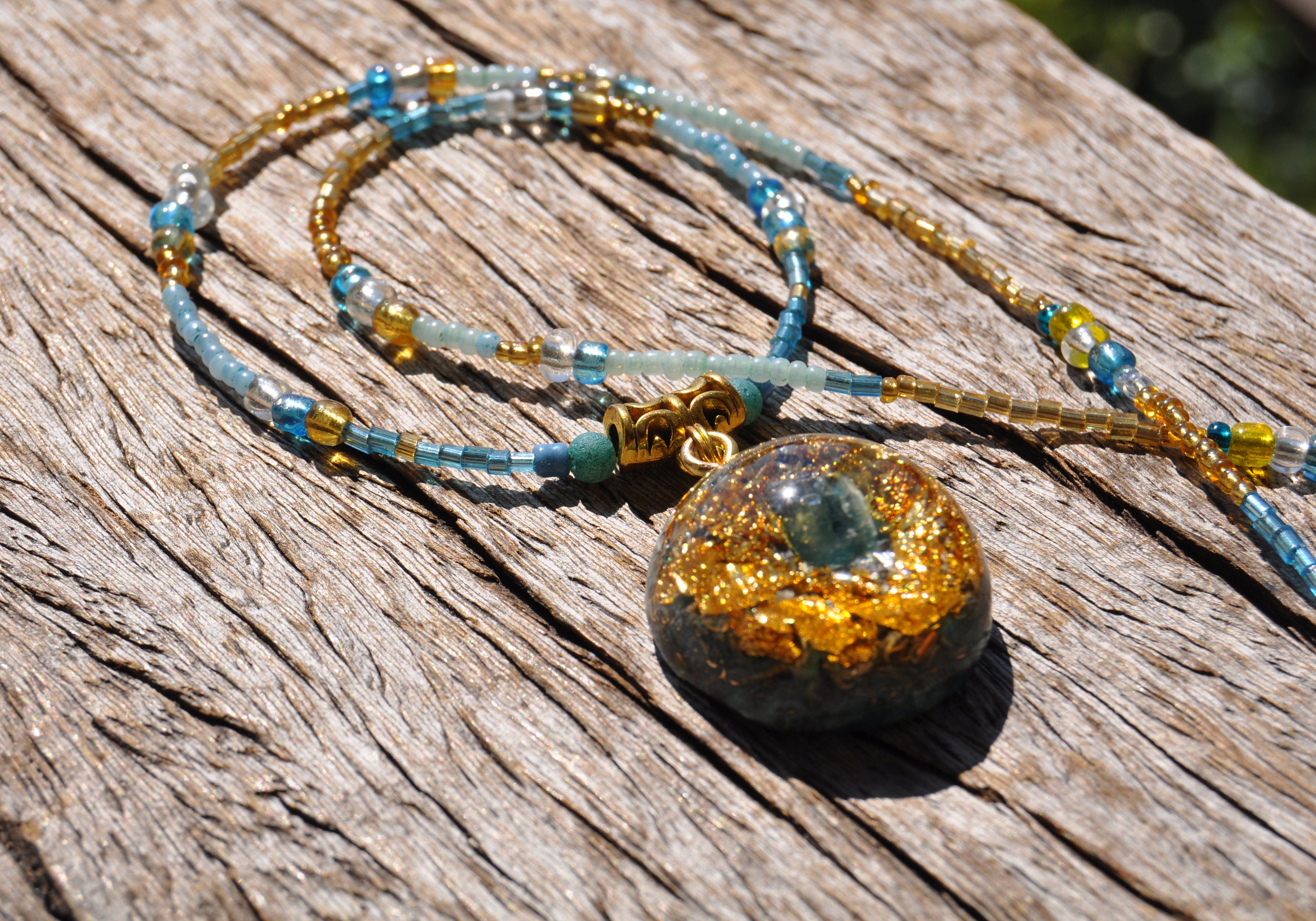 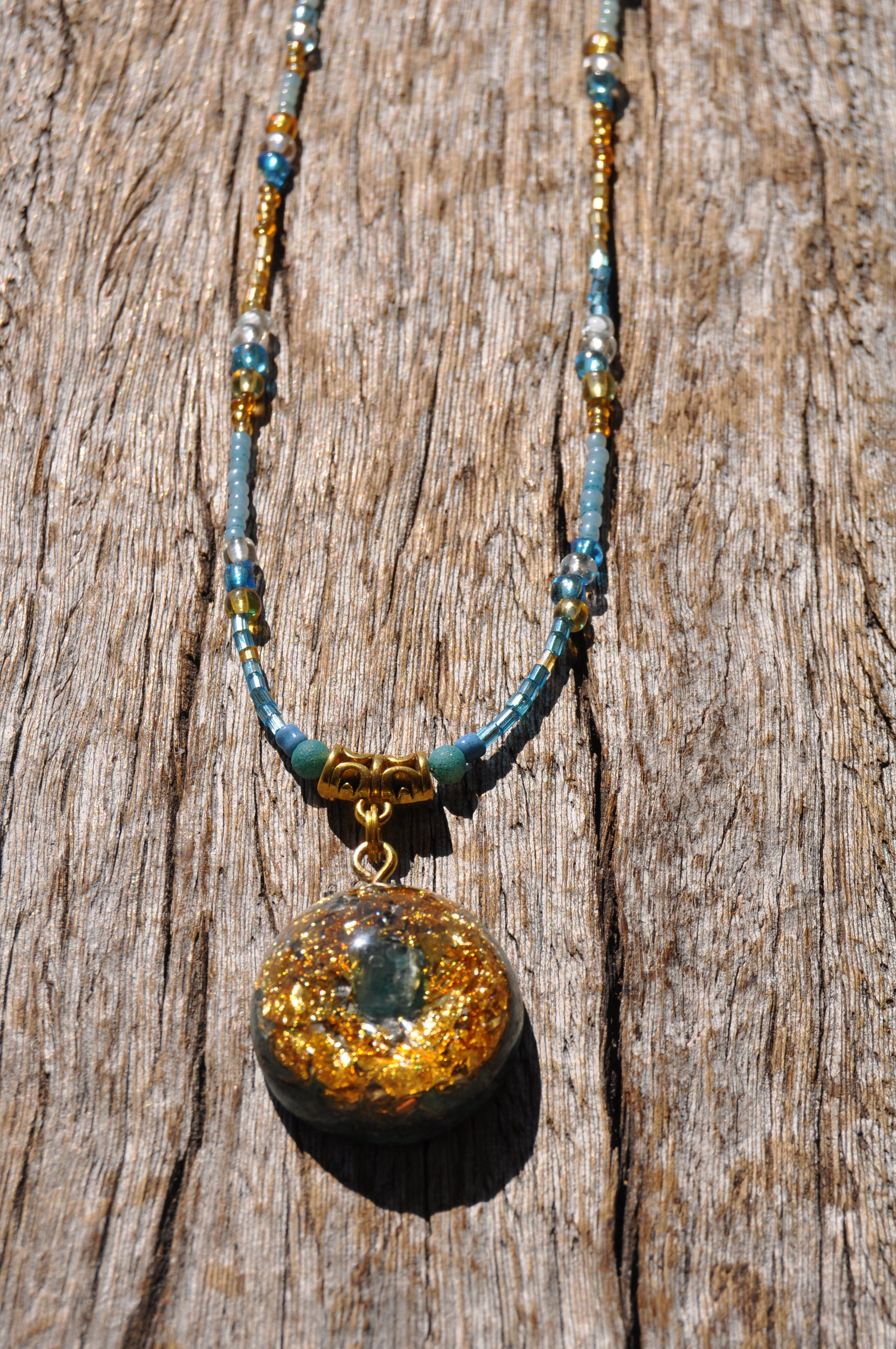 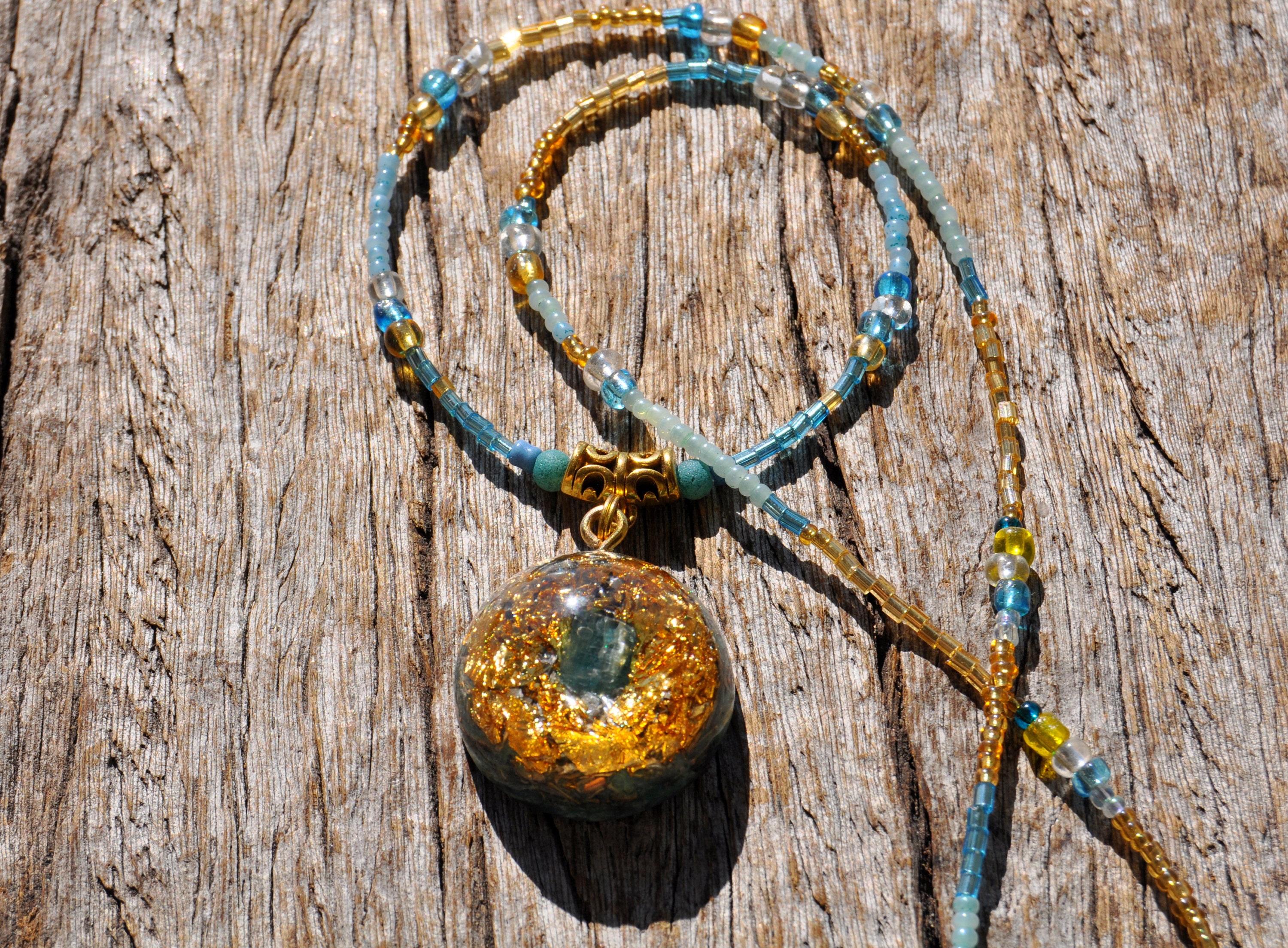 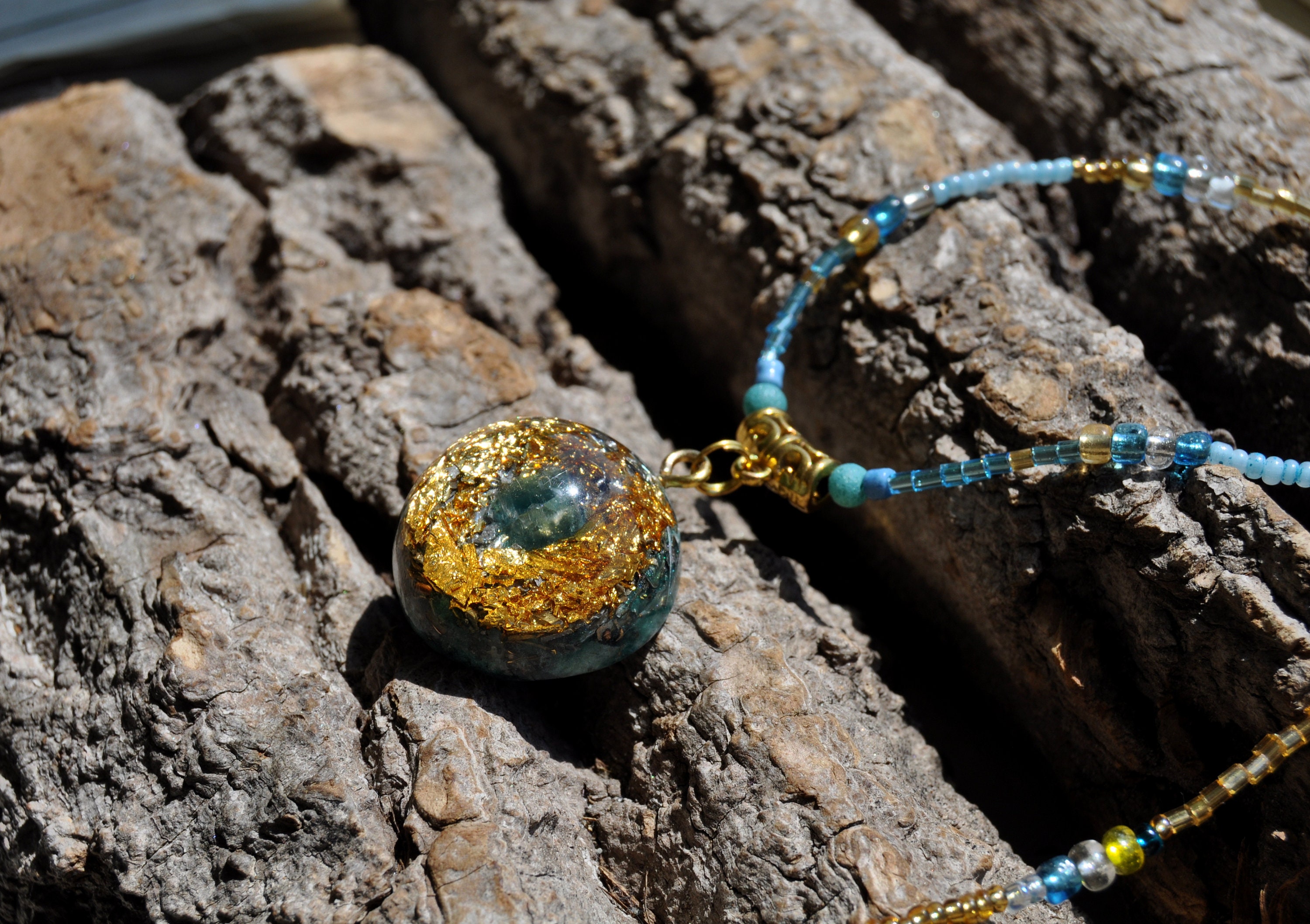 This lovely 2.7 cm / 1.1" in diameter orgonite pendant features a lovely Indicolite (blue Tourmaline) crystal (surrounded with 24k gold) in the front. It furthermore contains a base mix of black Tourmaline (for protection and grounding excess energy), Rhodizite (to amplify the other crystals), Elite Shungite ( emf protection), Selenite (to clean and charge the other crystals) and clear quartz (for piezo electric effect) all within a durable resin setting.

It comes on an 20 inches / 52 cm beaded necklace that closes with a lobster clasp. If you want the necklace length to be shorter, let me know while ordering and Ill change if for you to your preferred shorter length.
You will get the necklace as shown in the pictures.

Because it is a one of a kind hand-crafted one, it may have slight artistic imperfections.
It comes on an 20 inches / 52 cm beaded necklace that closes with a lobster clasp.
Appr. Size of pendant >
2.7 cm/1.1 inch in diameter