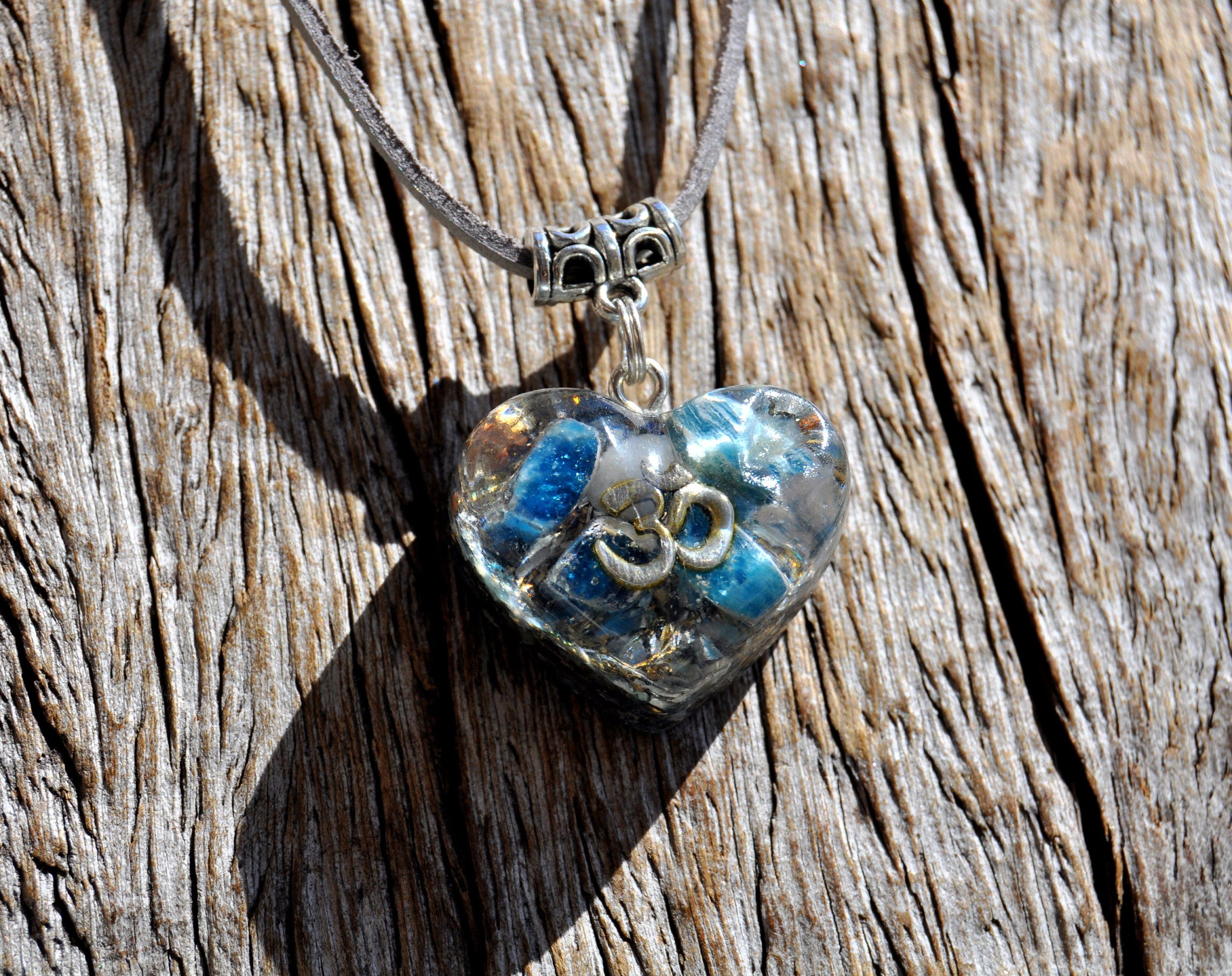 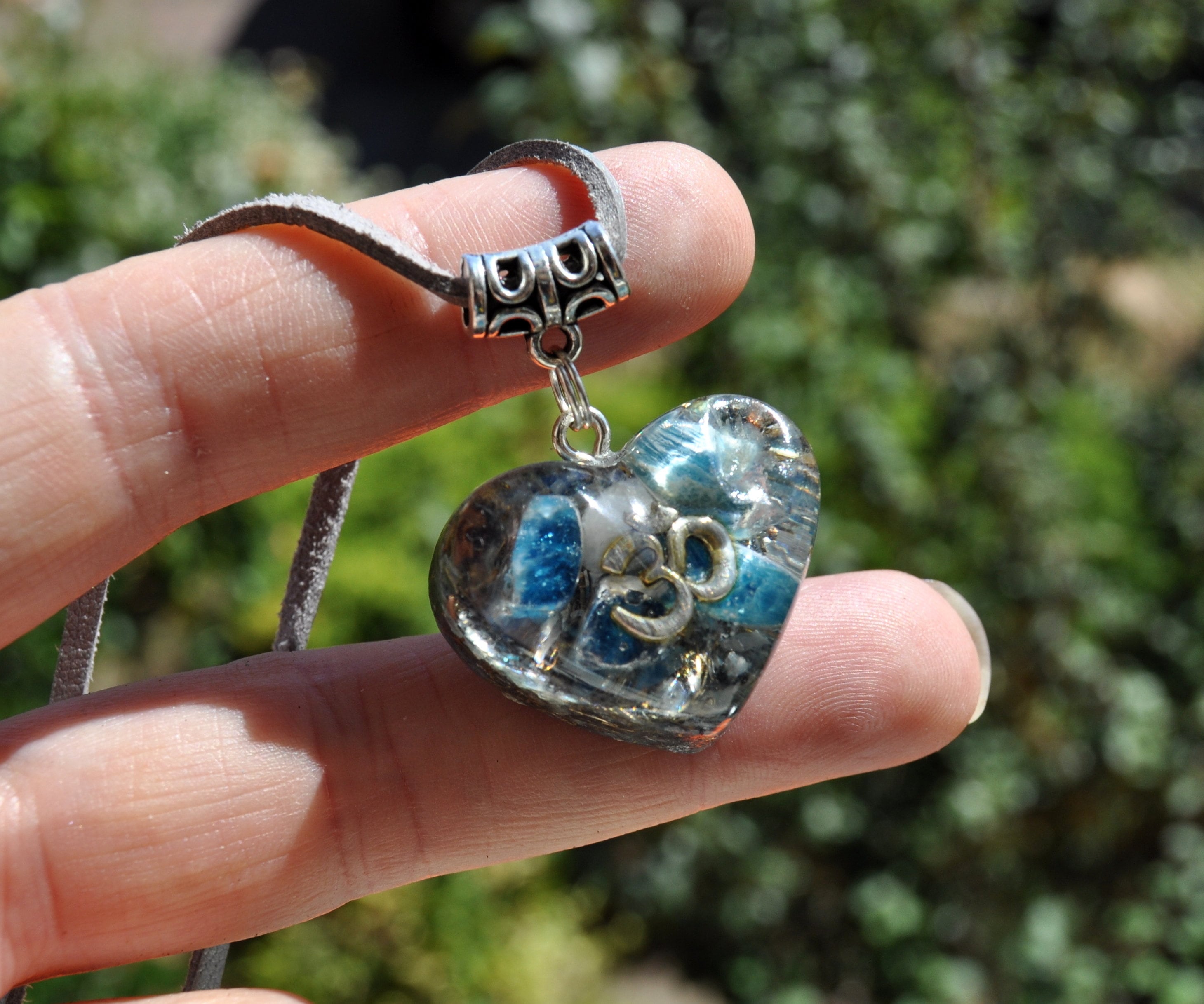 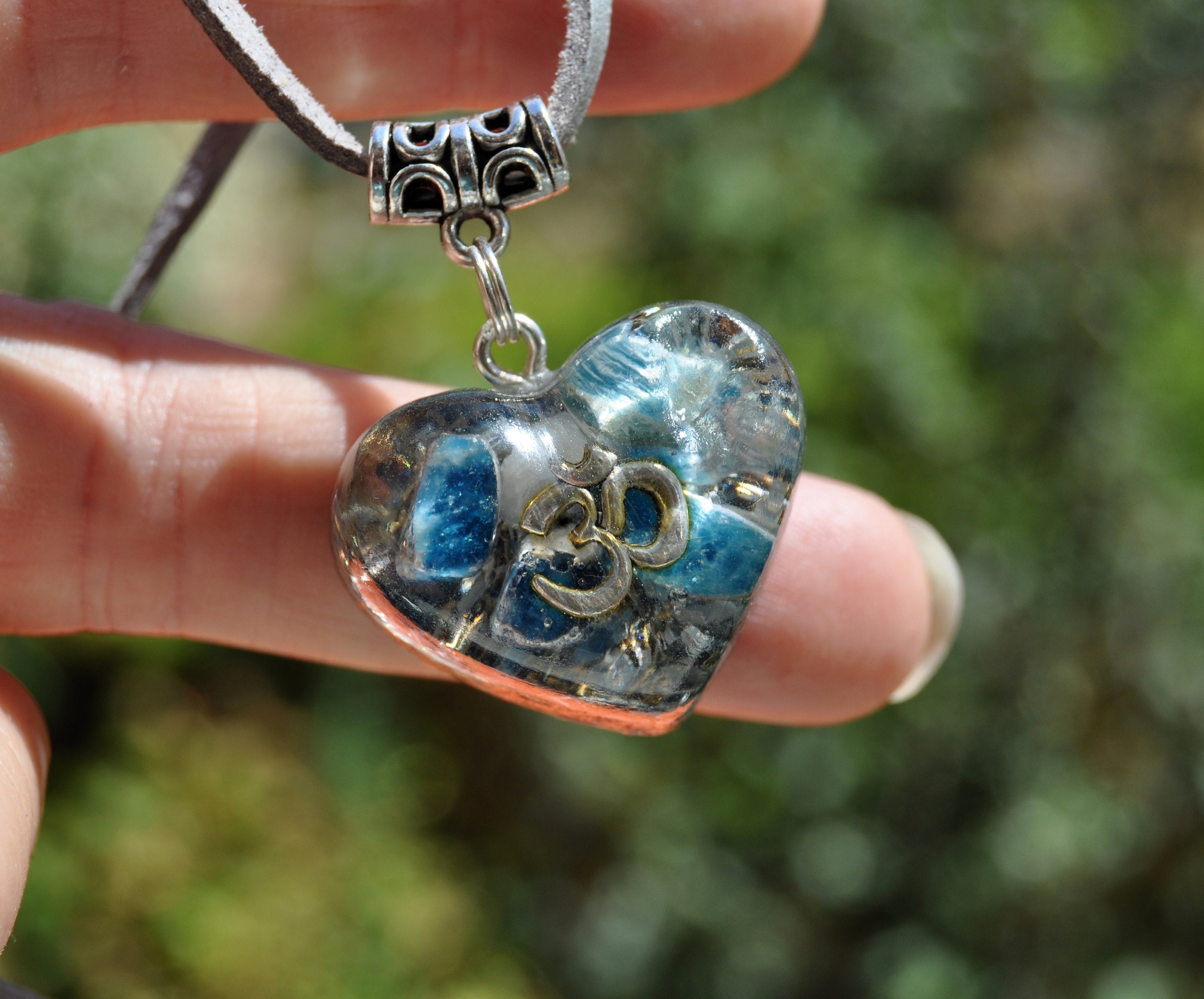 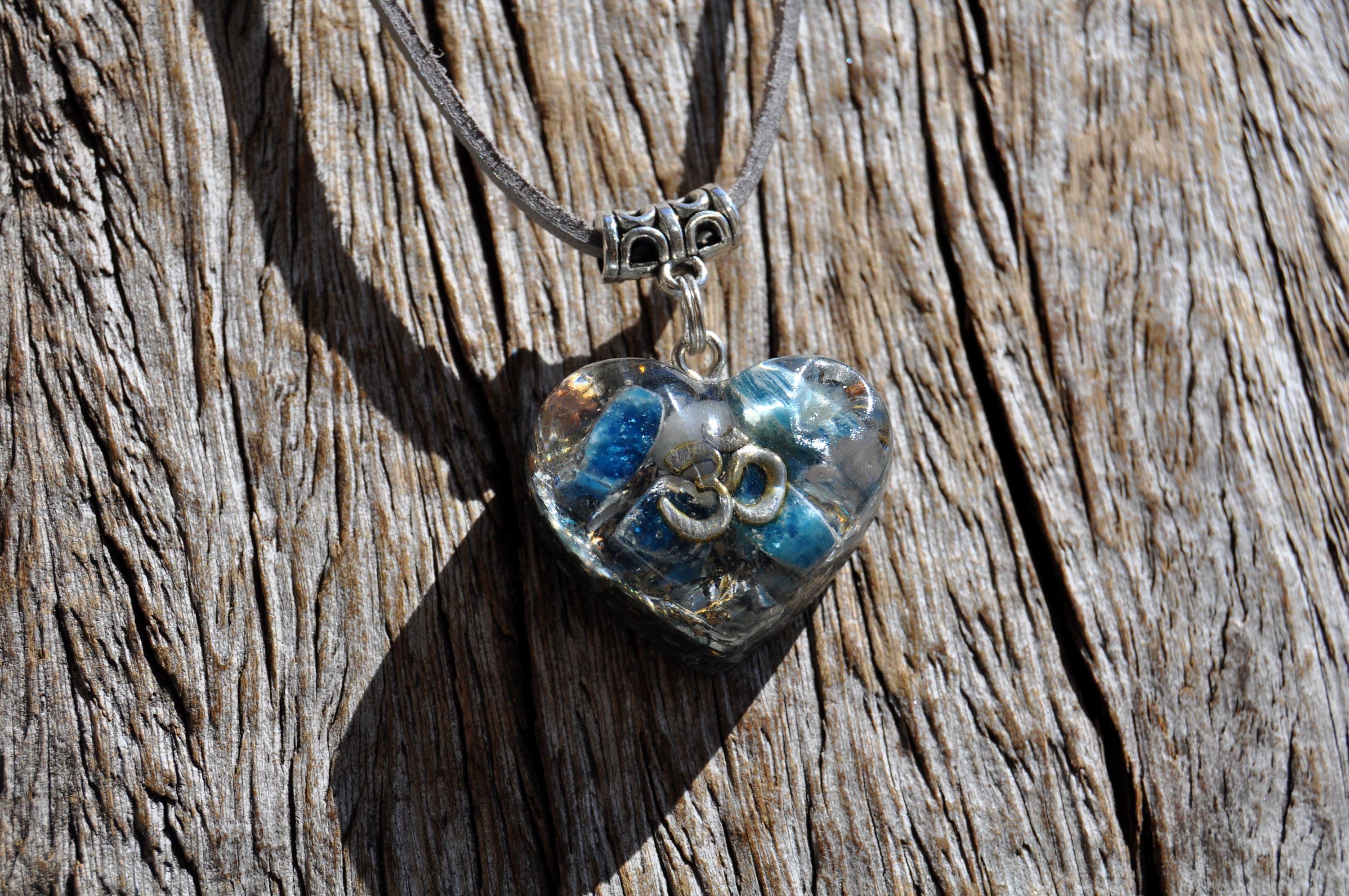 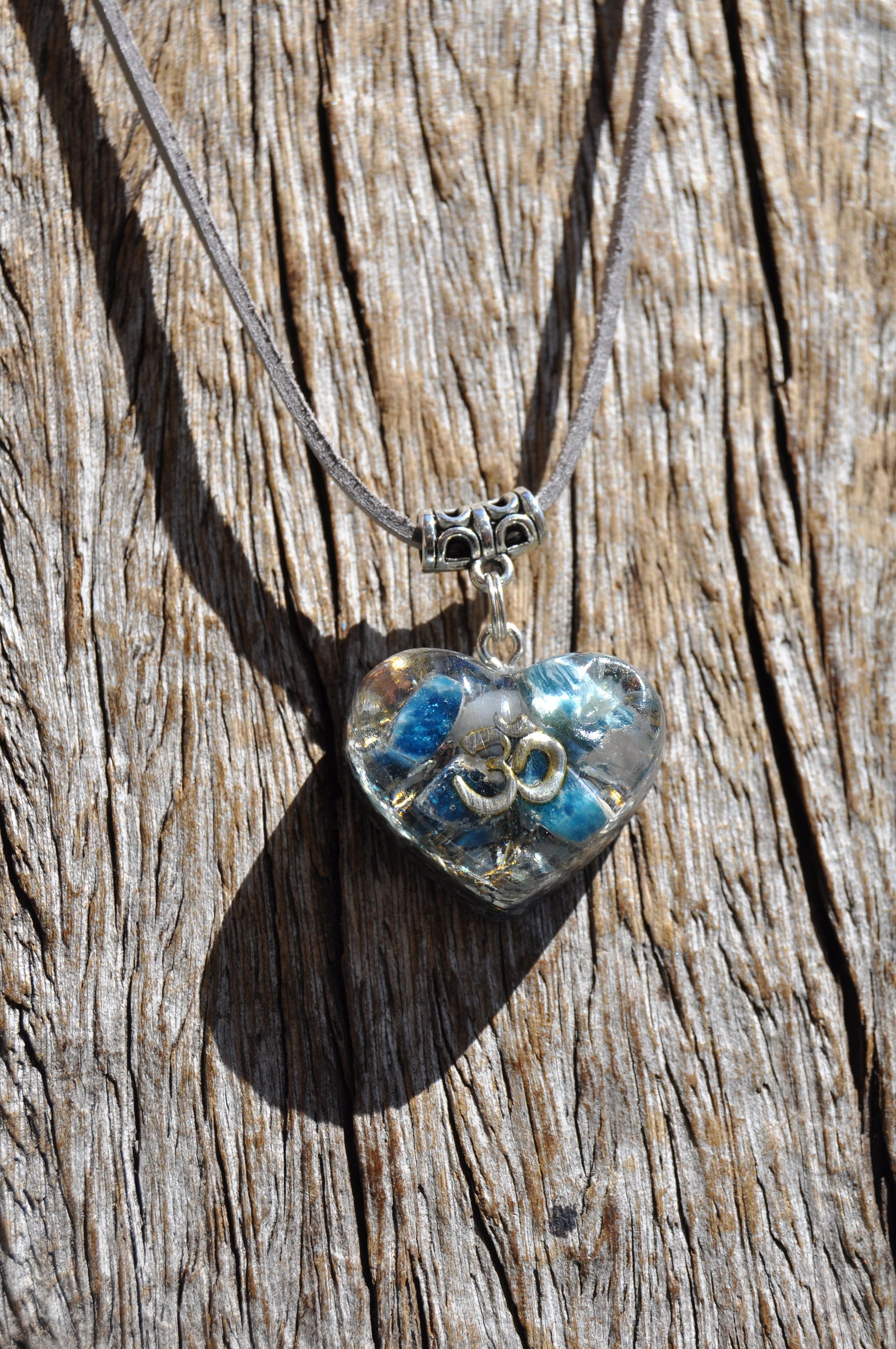 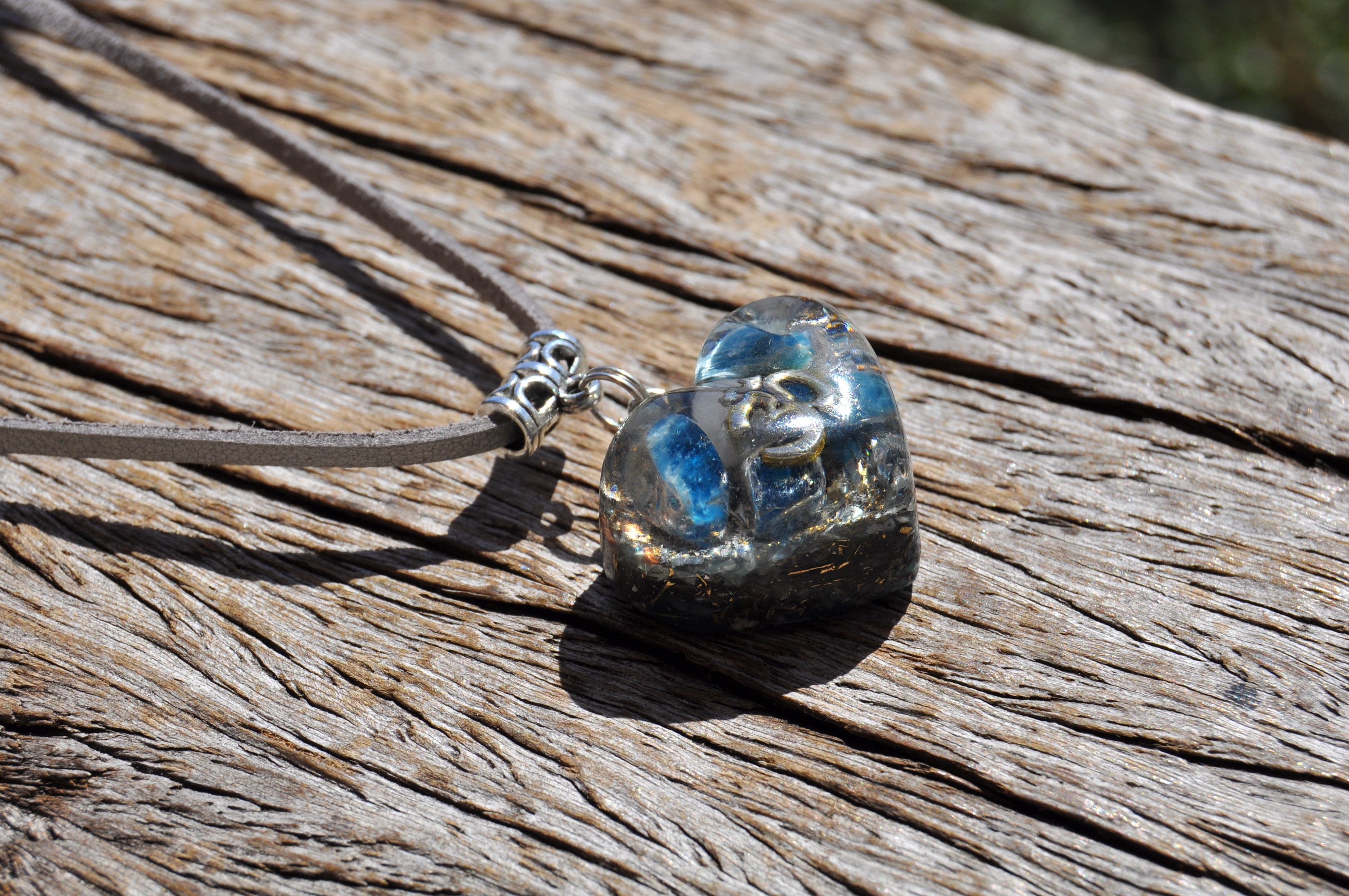 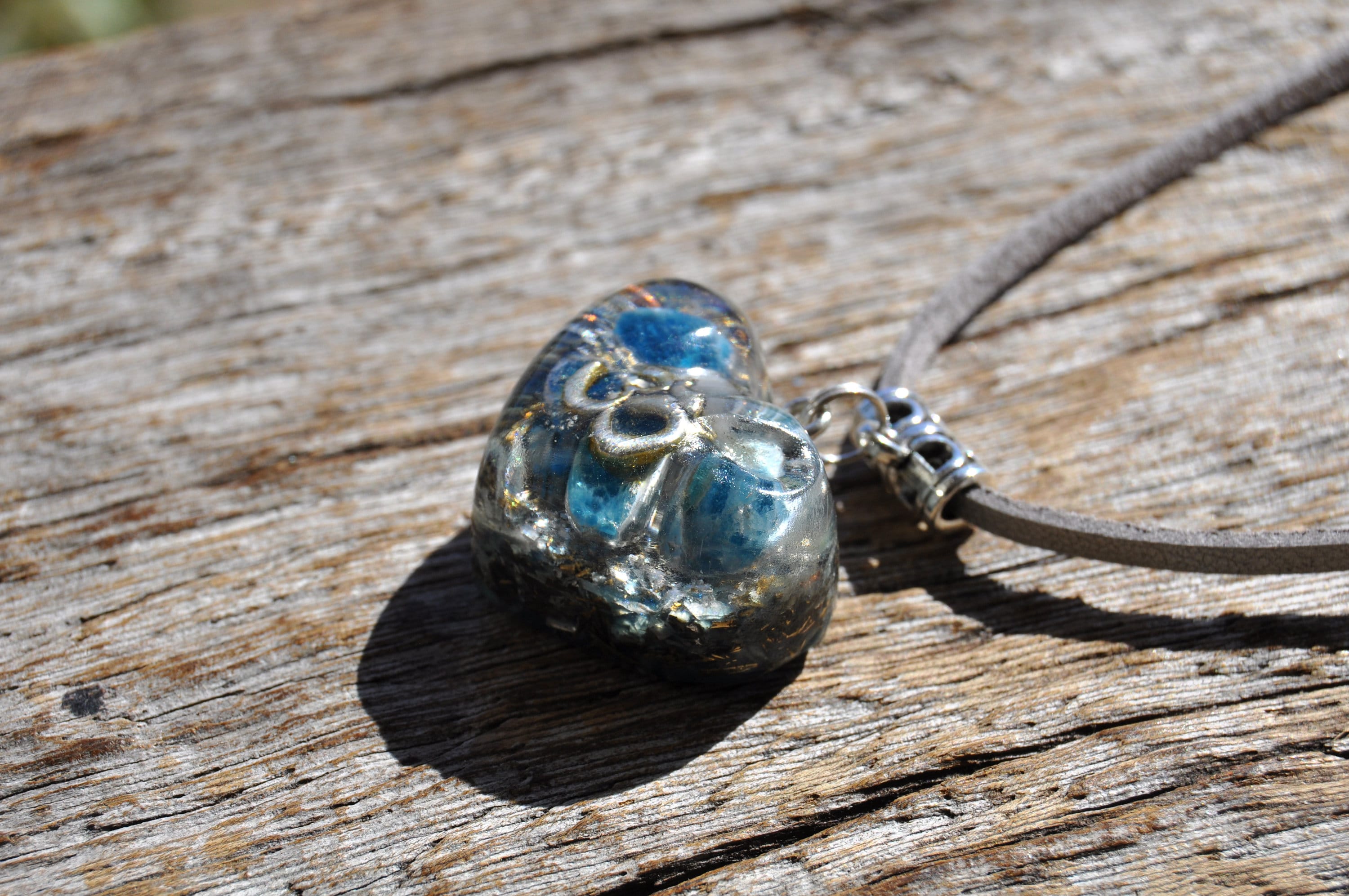 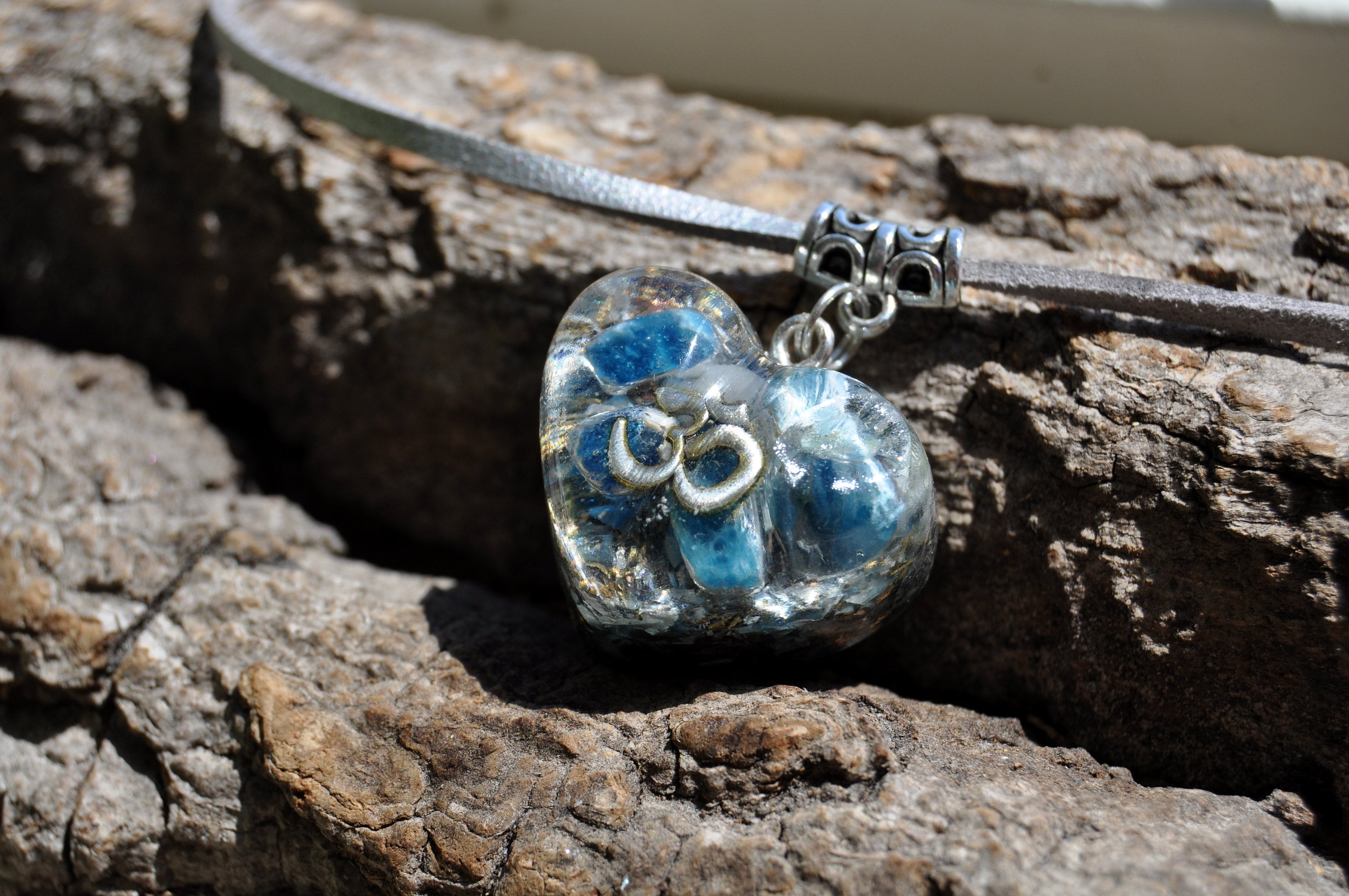 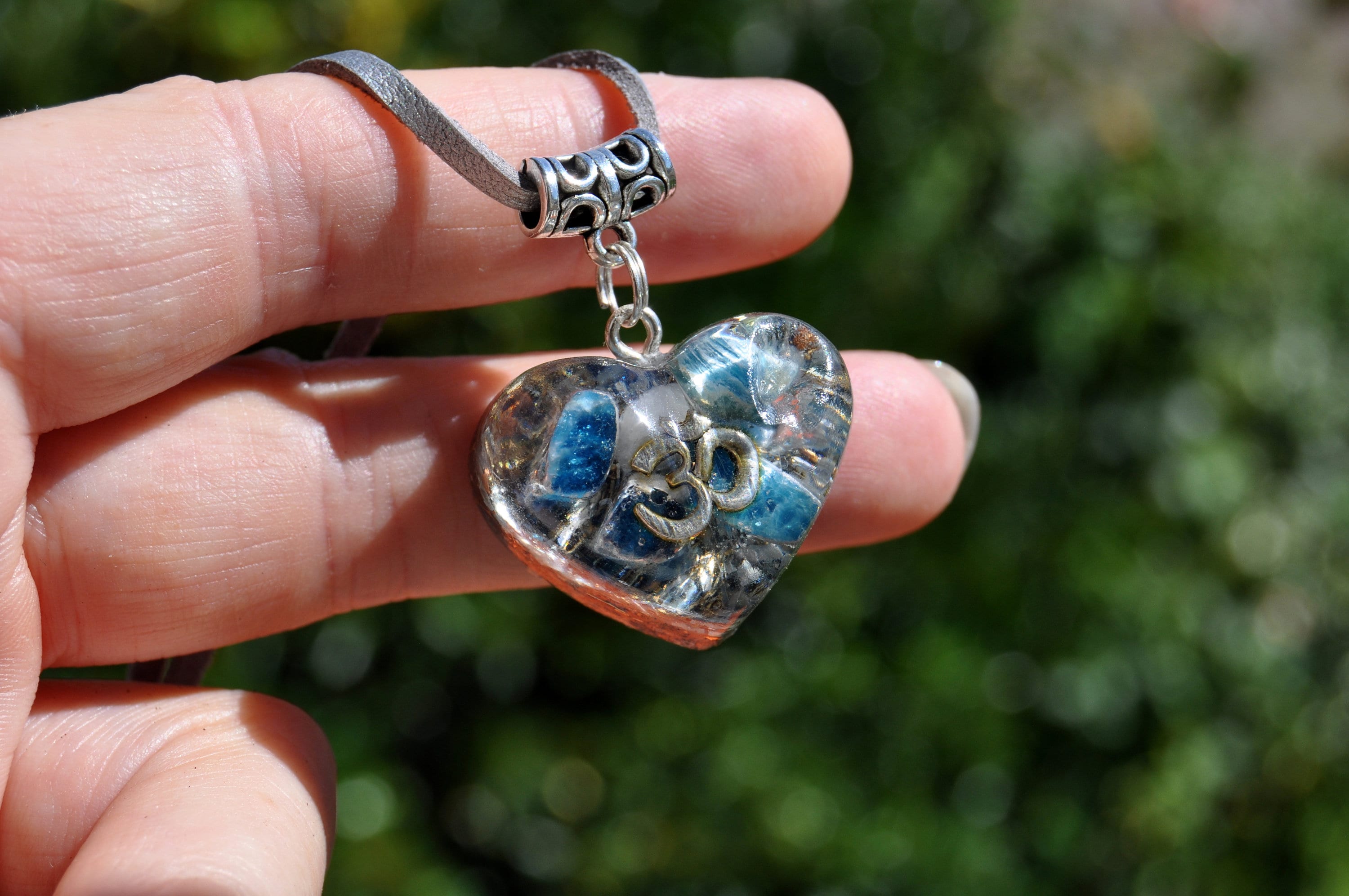 This is a lovely heart shaped orgonite® necklace with an AUM symbol surrounded with blue Apatite in the front. It furthermore consists of clear Quartz and lots of various metal shavings.