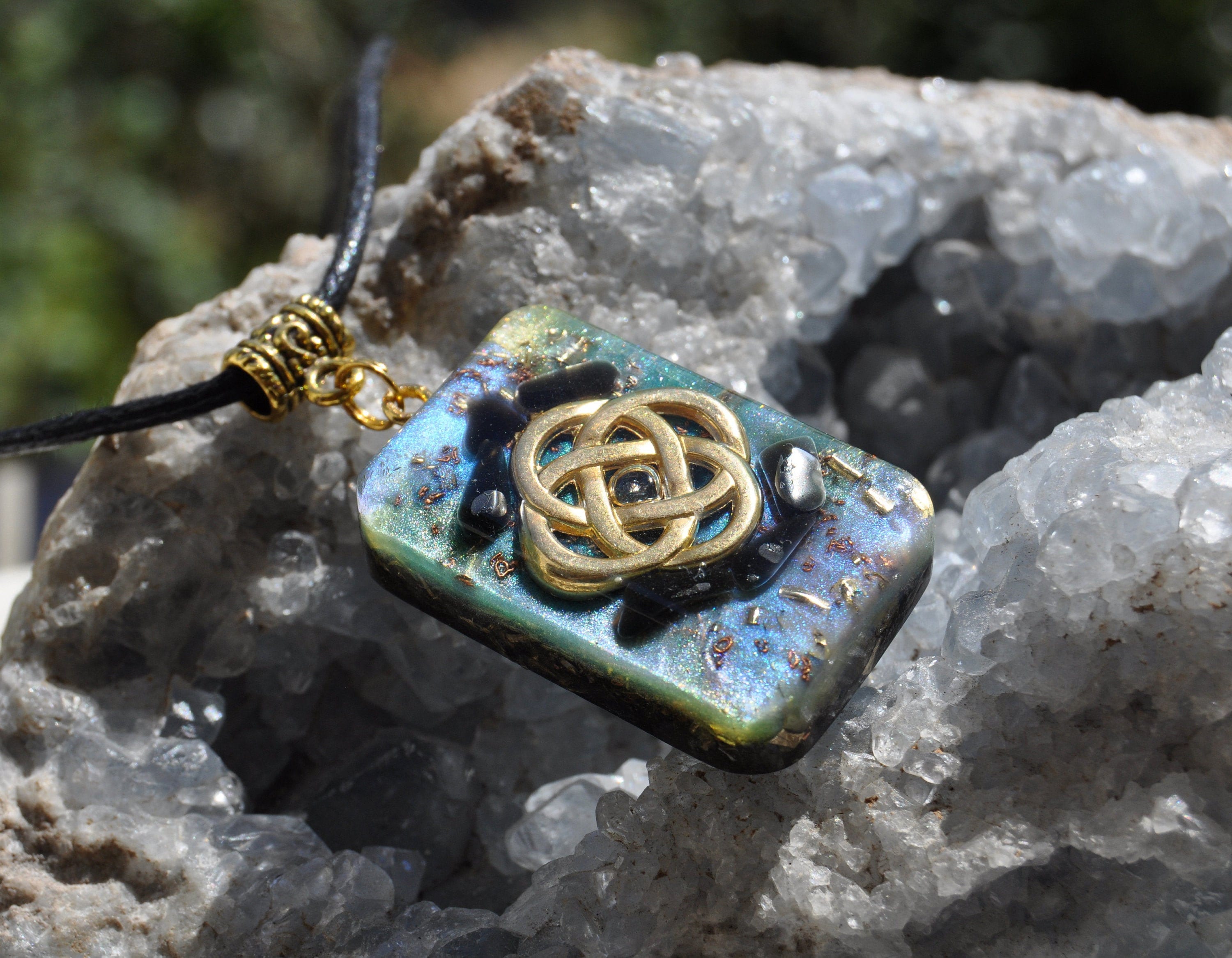 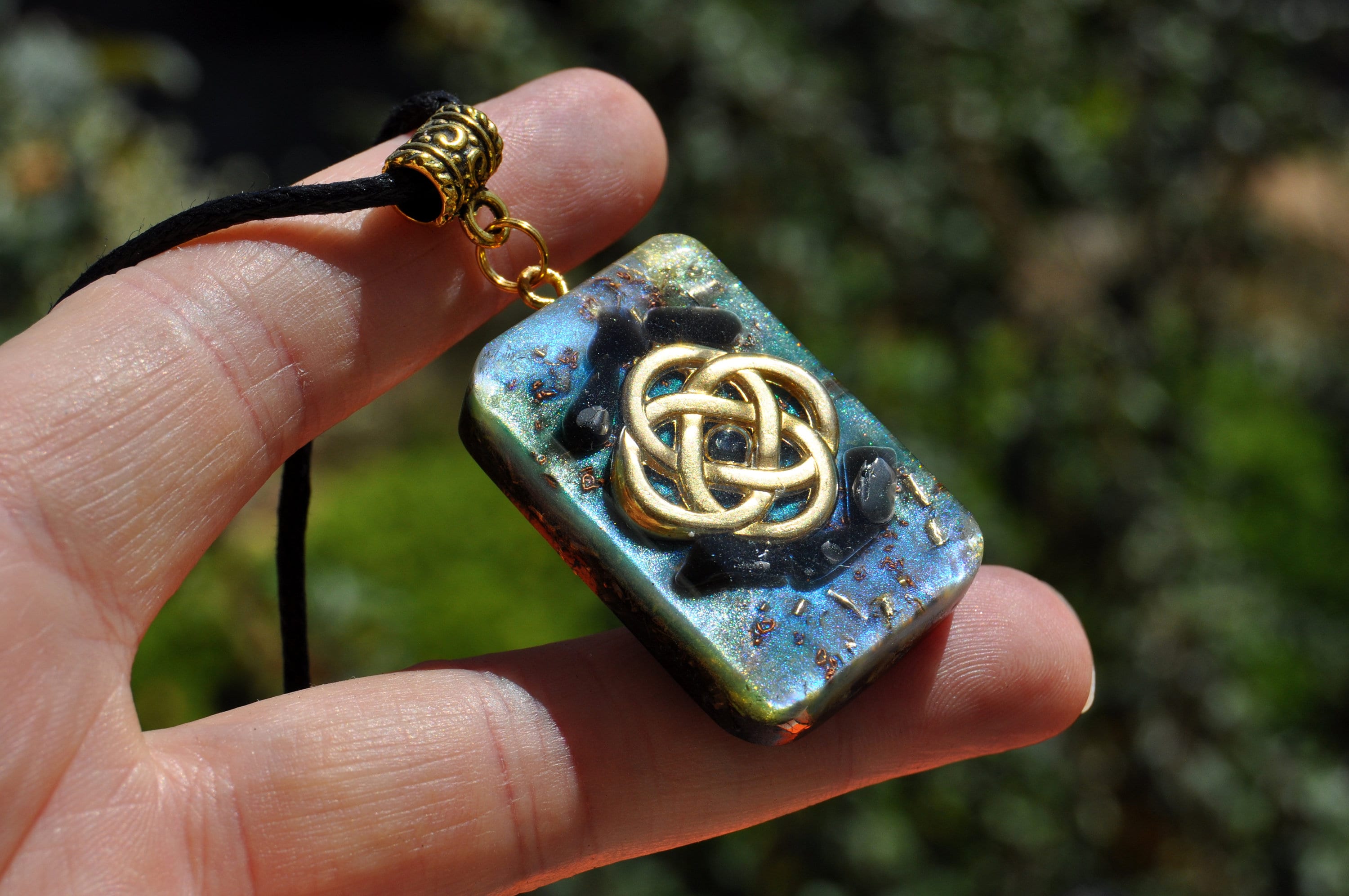 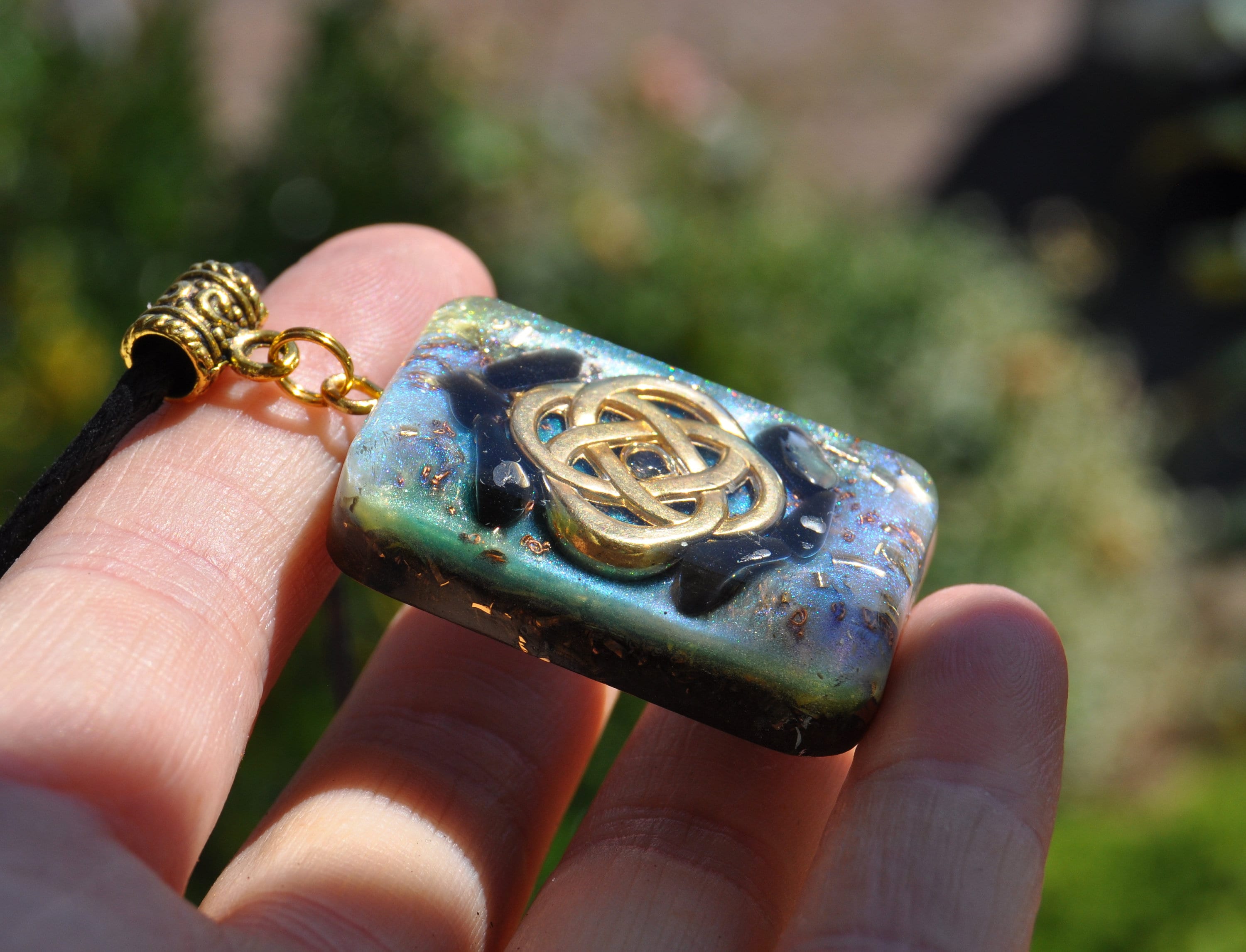 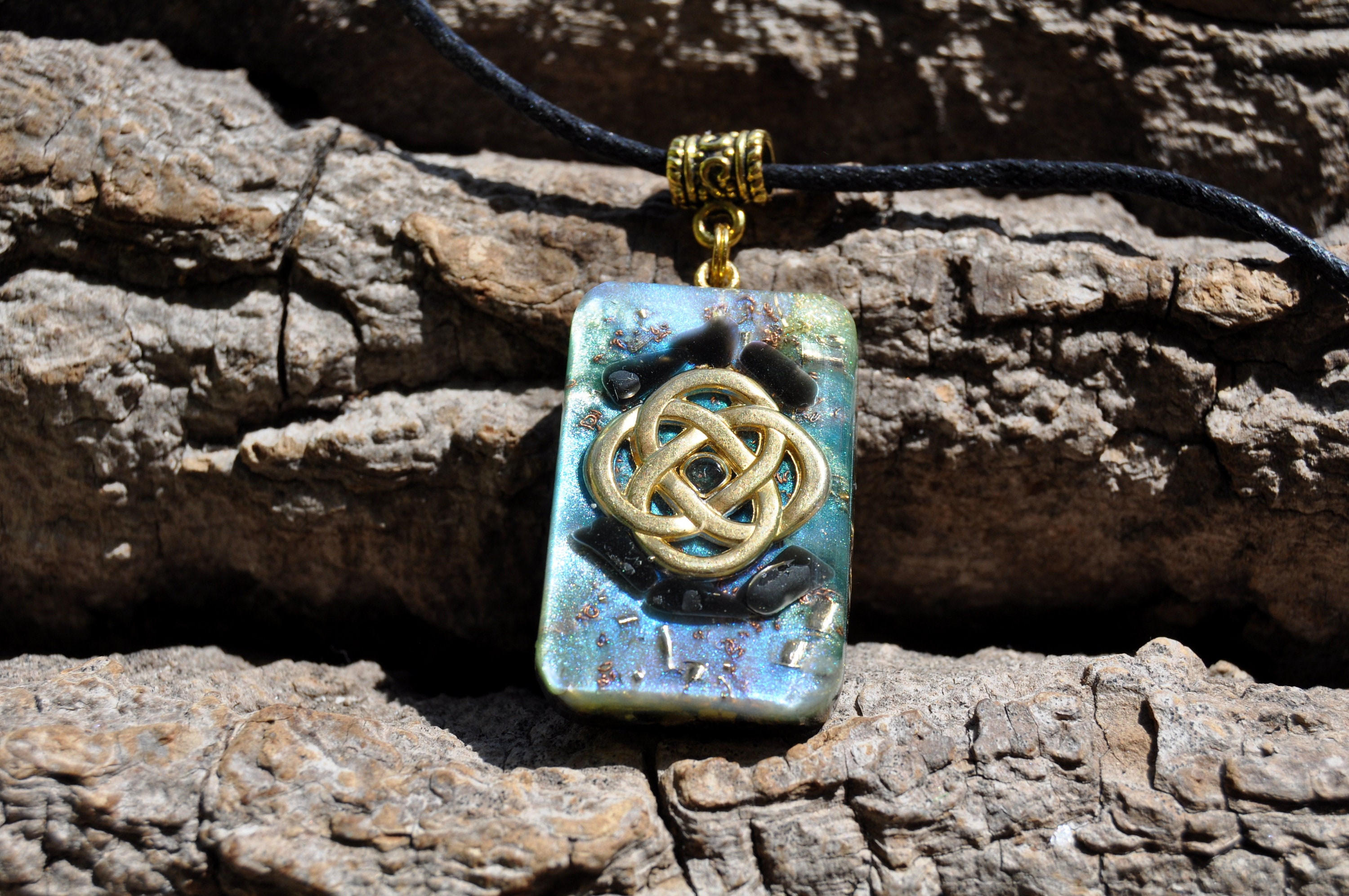 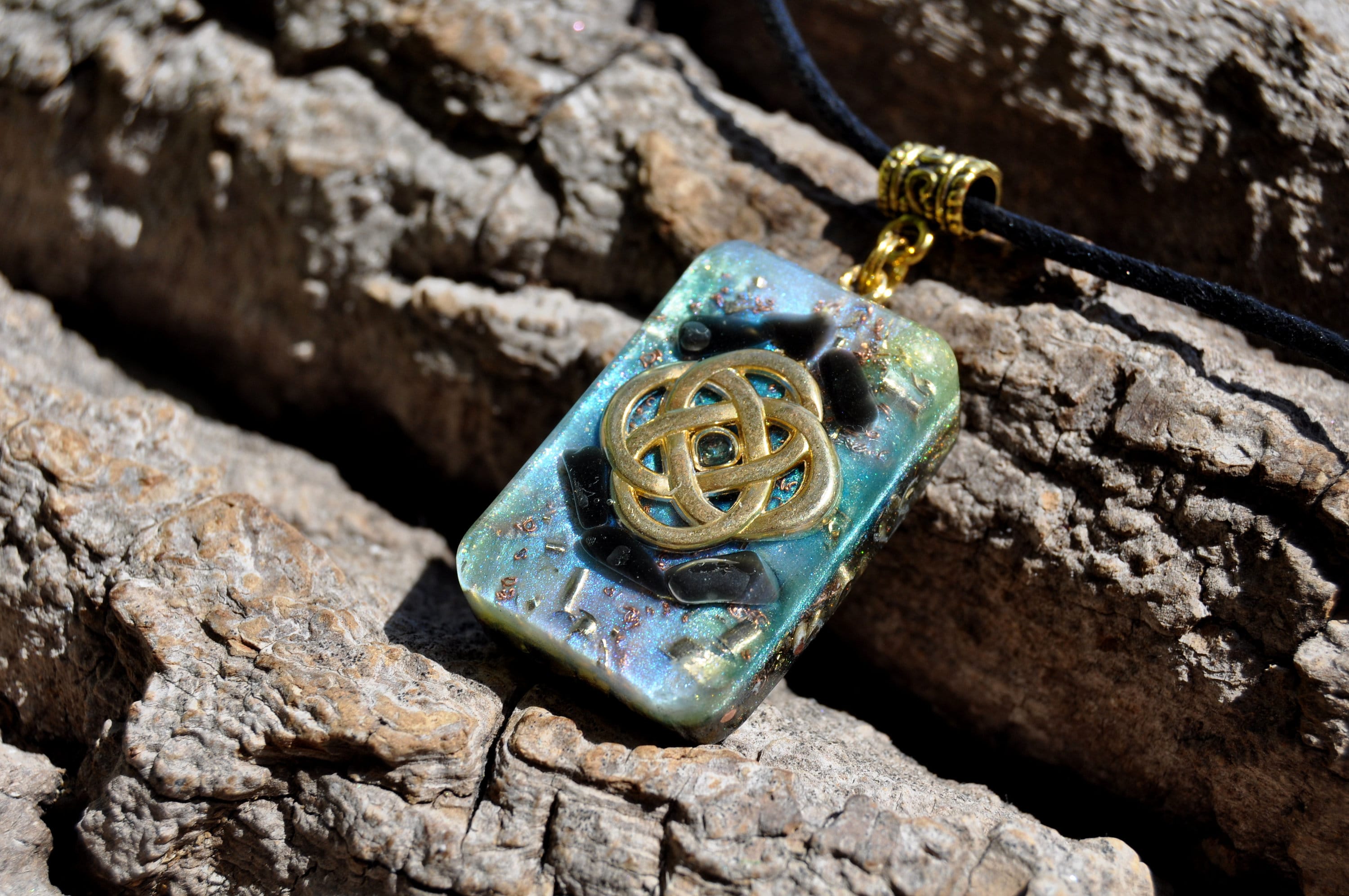 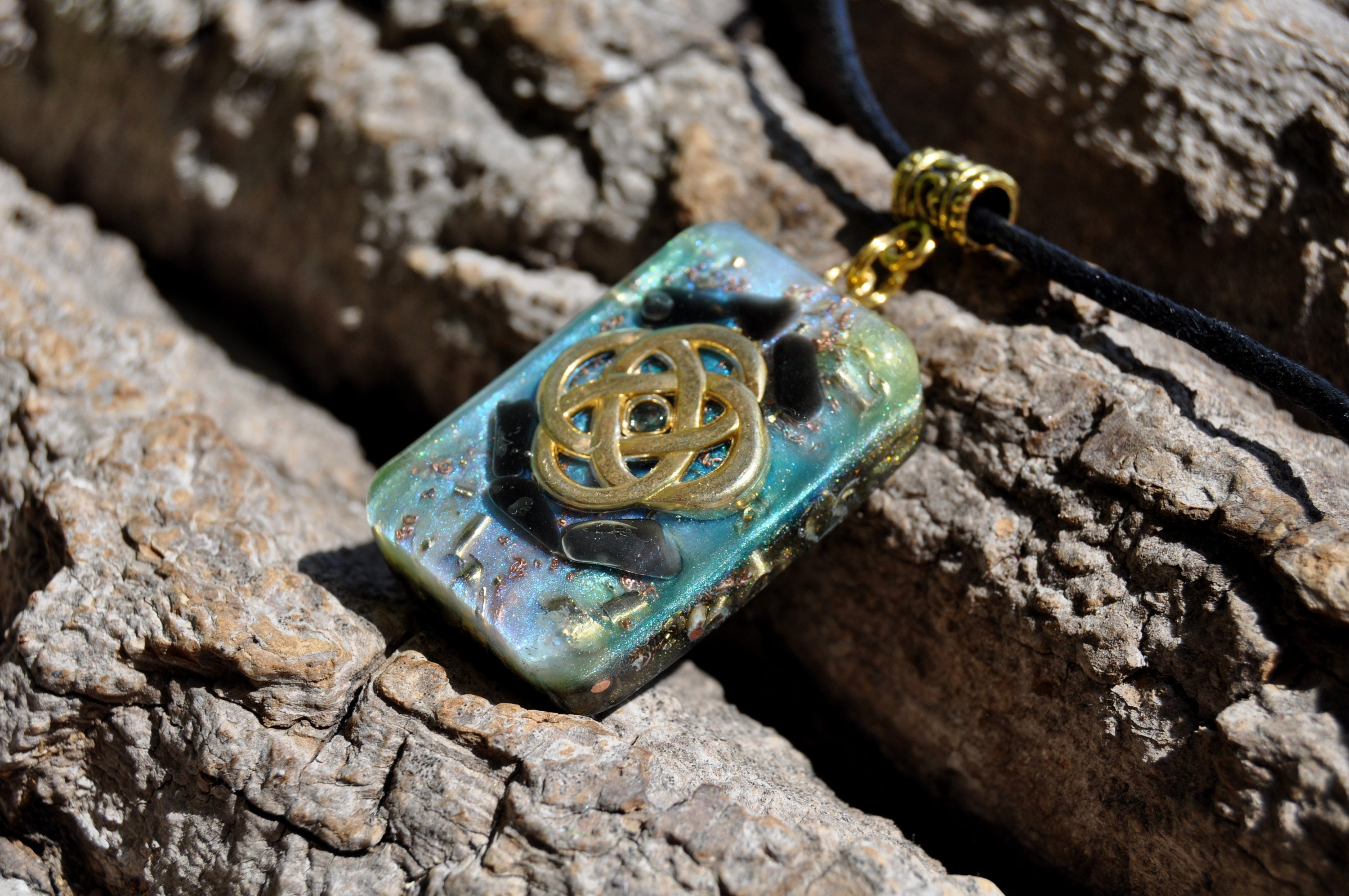 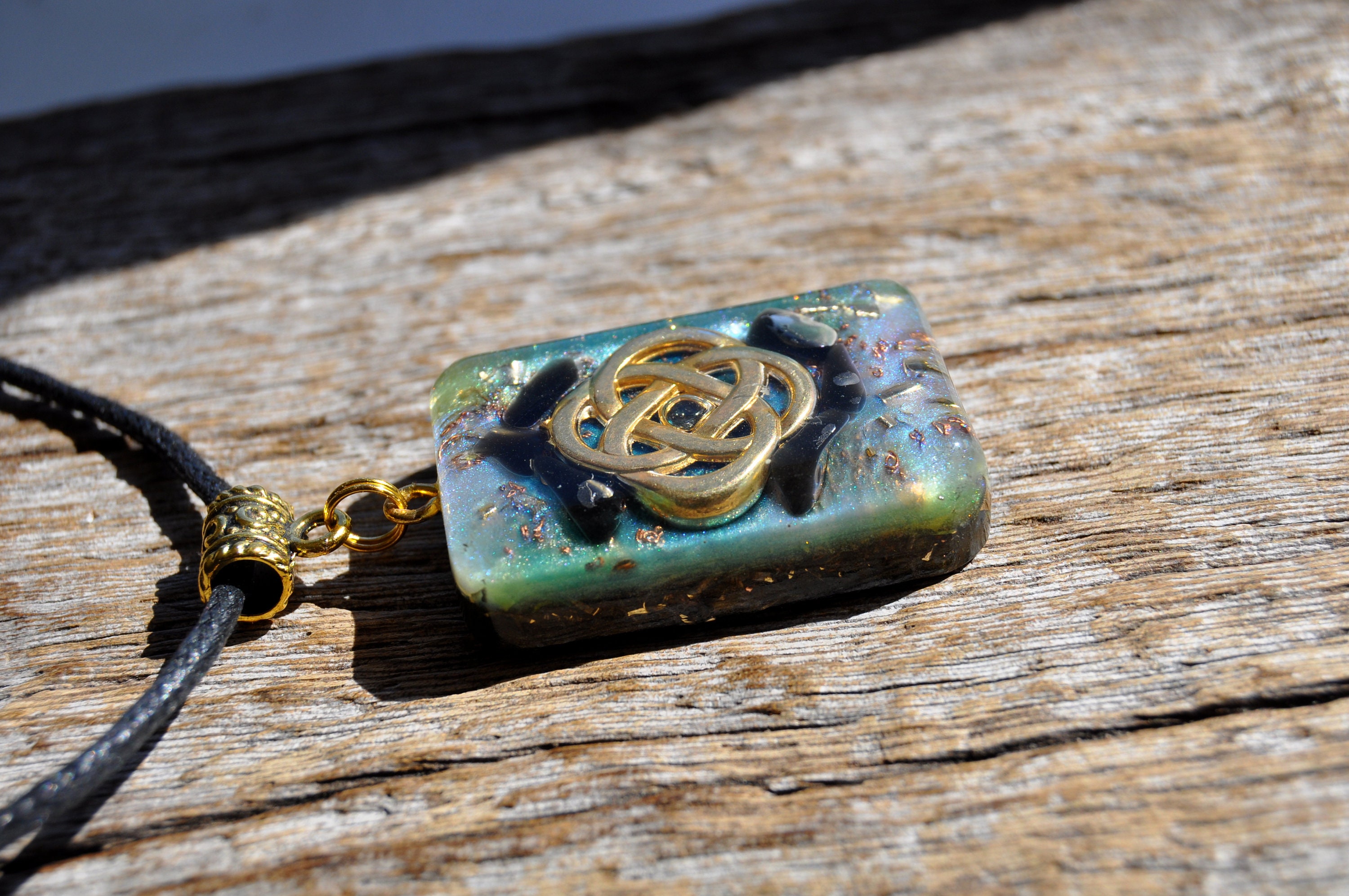 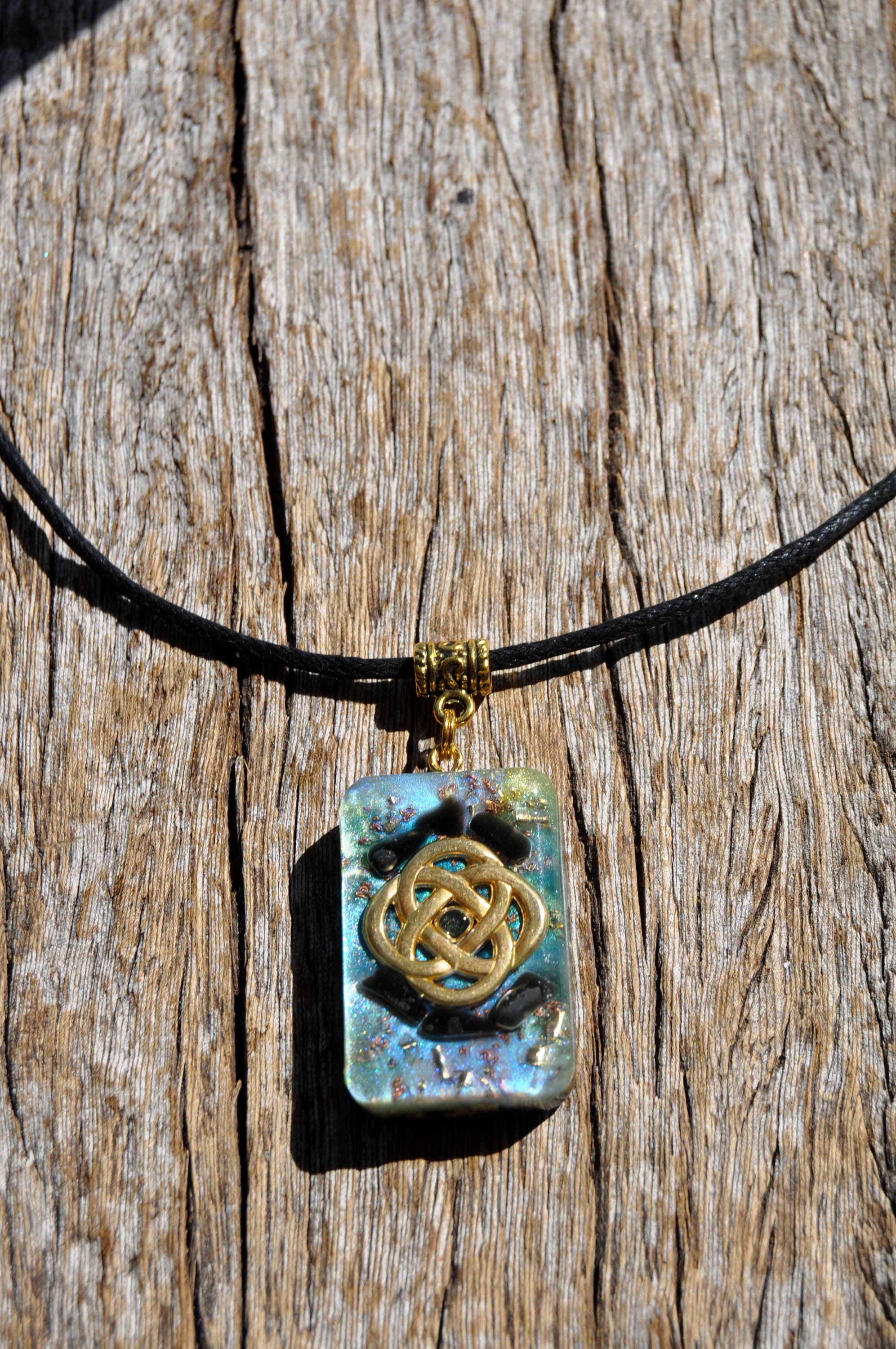 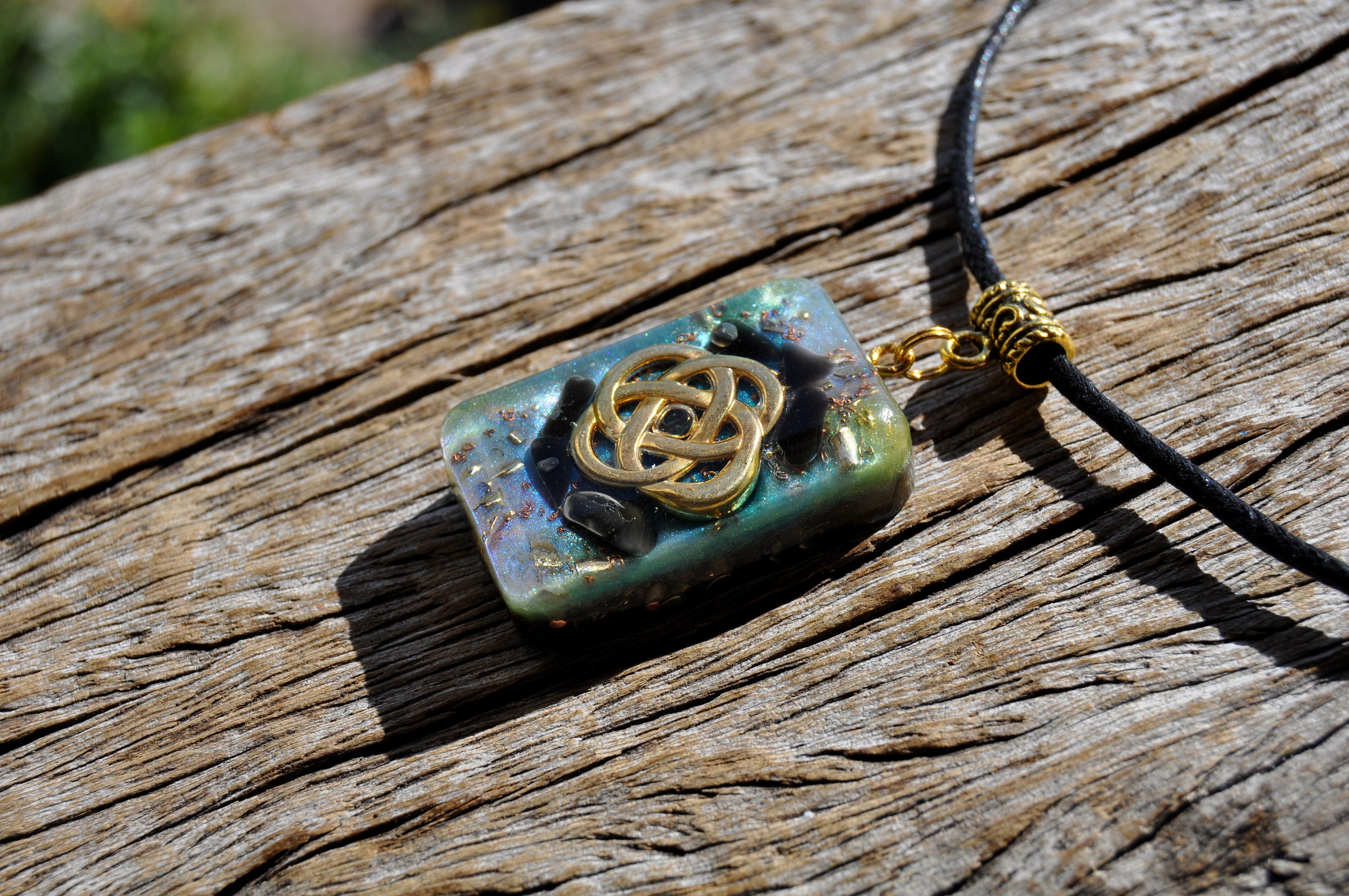 This unique Orgonite® pendant contains brass, bronze, aluminium, copper shavings and has a Celtic Knot symbol in the front which is surrounded with raw Elite Shungite stones. You will get the pendant as shown in the pictures. It also contains Rose Quartz (love - selflove) , Pyrite clusters (to enhance), Rhodizite crystal (to amplify the other crystals), black Tourmaline (to ground and protect), Elite Shungite (emf protection), Selenite (to charge and clean) and clear Quartz all within a durable resin setting.