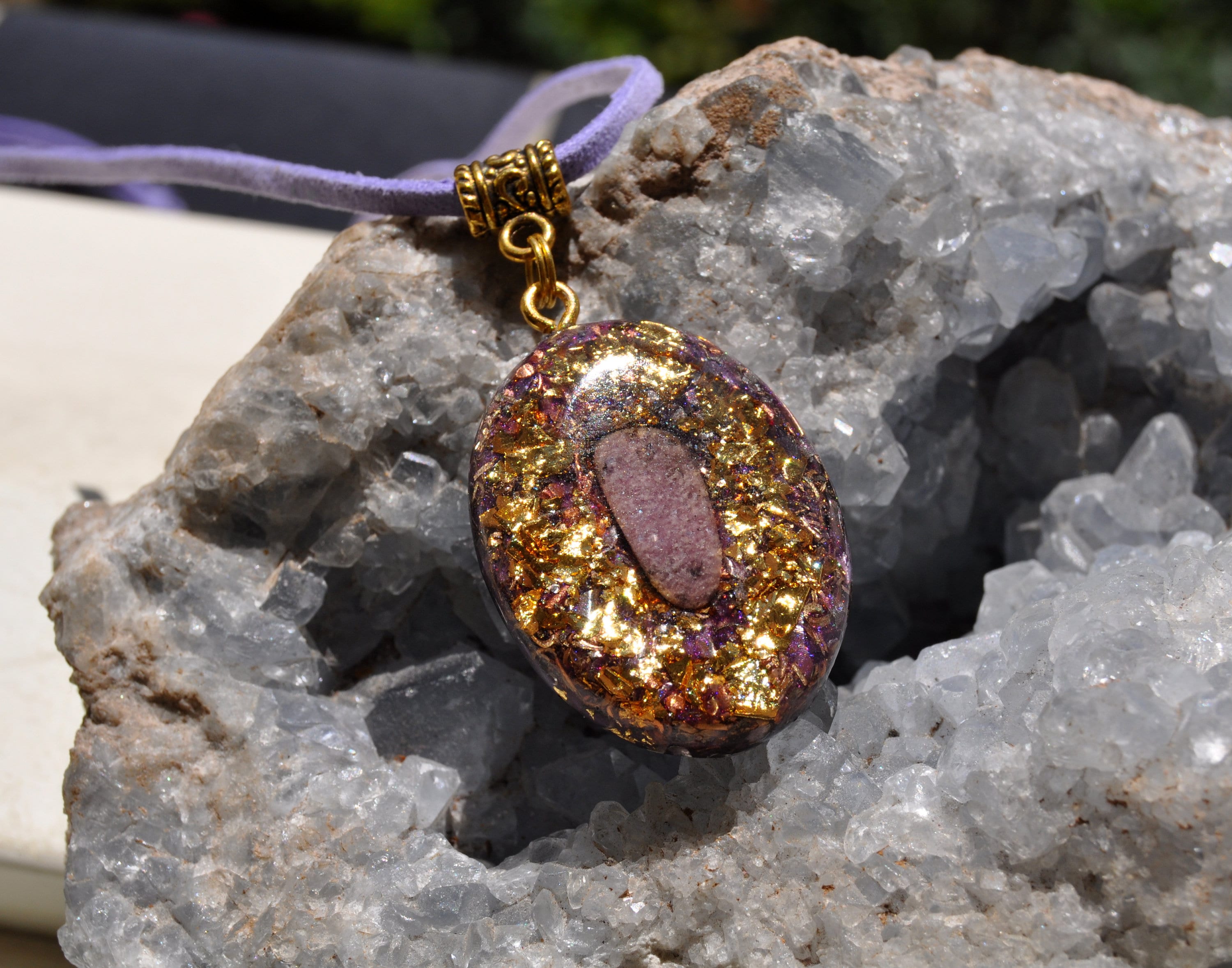 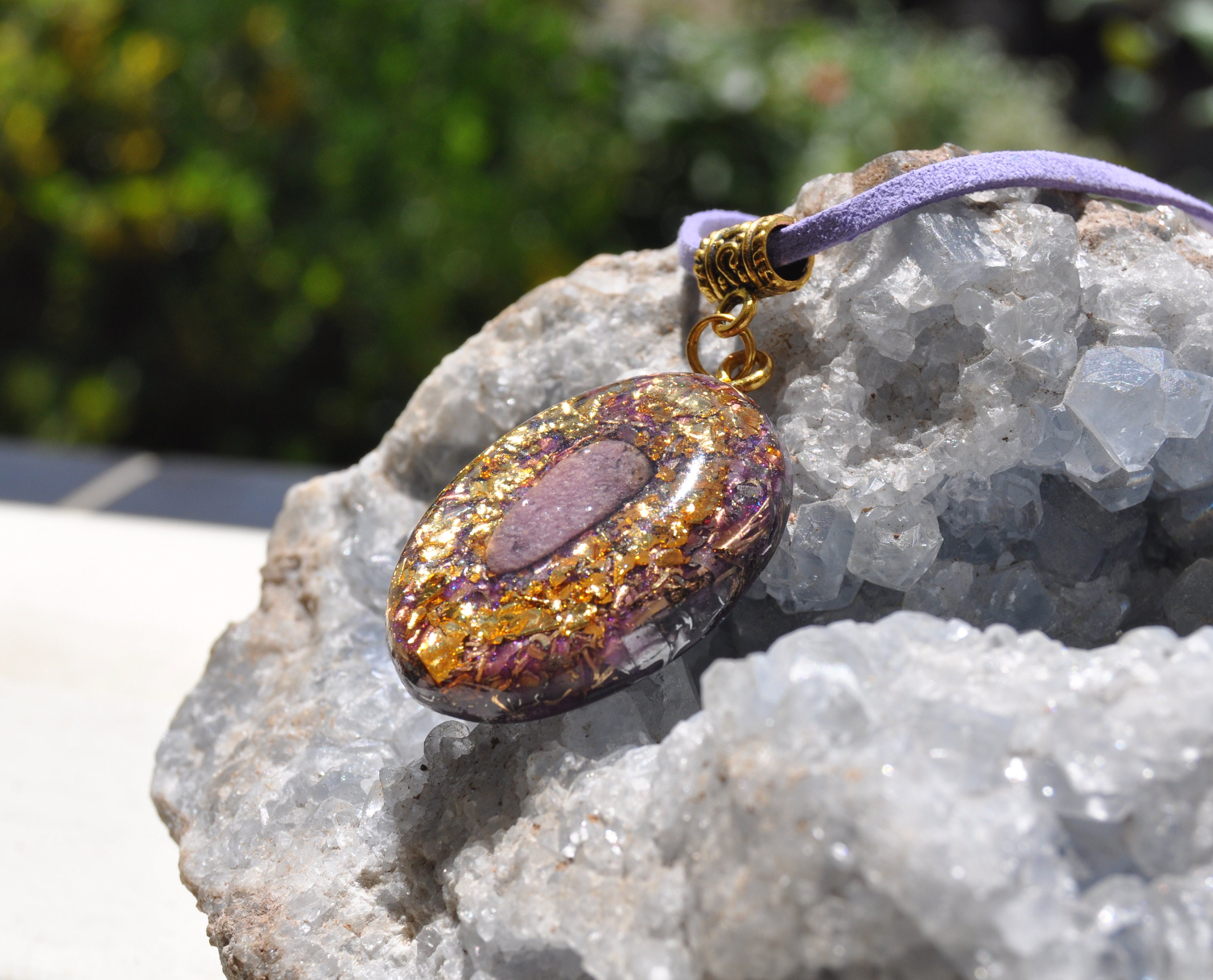 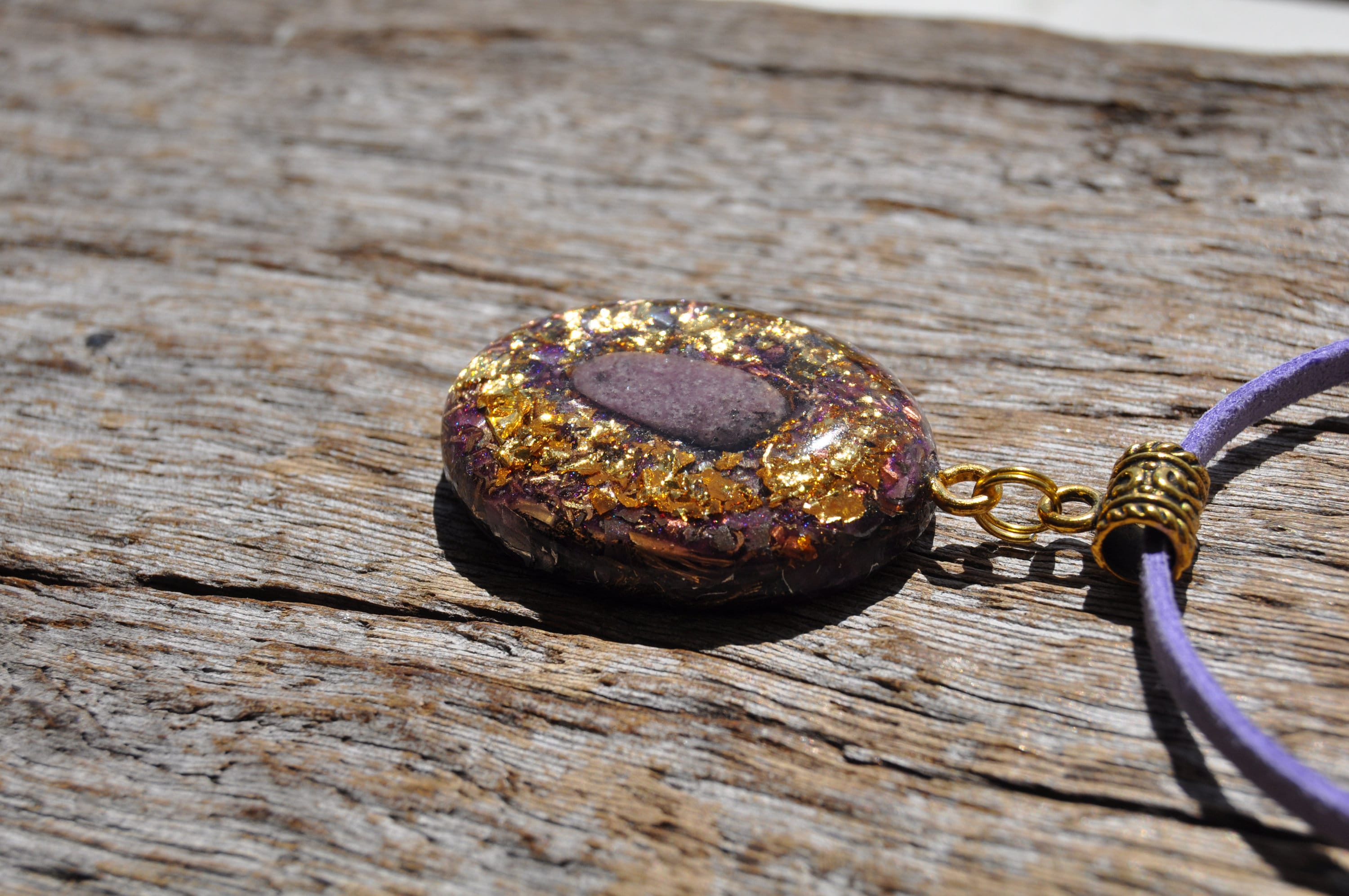 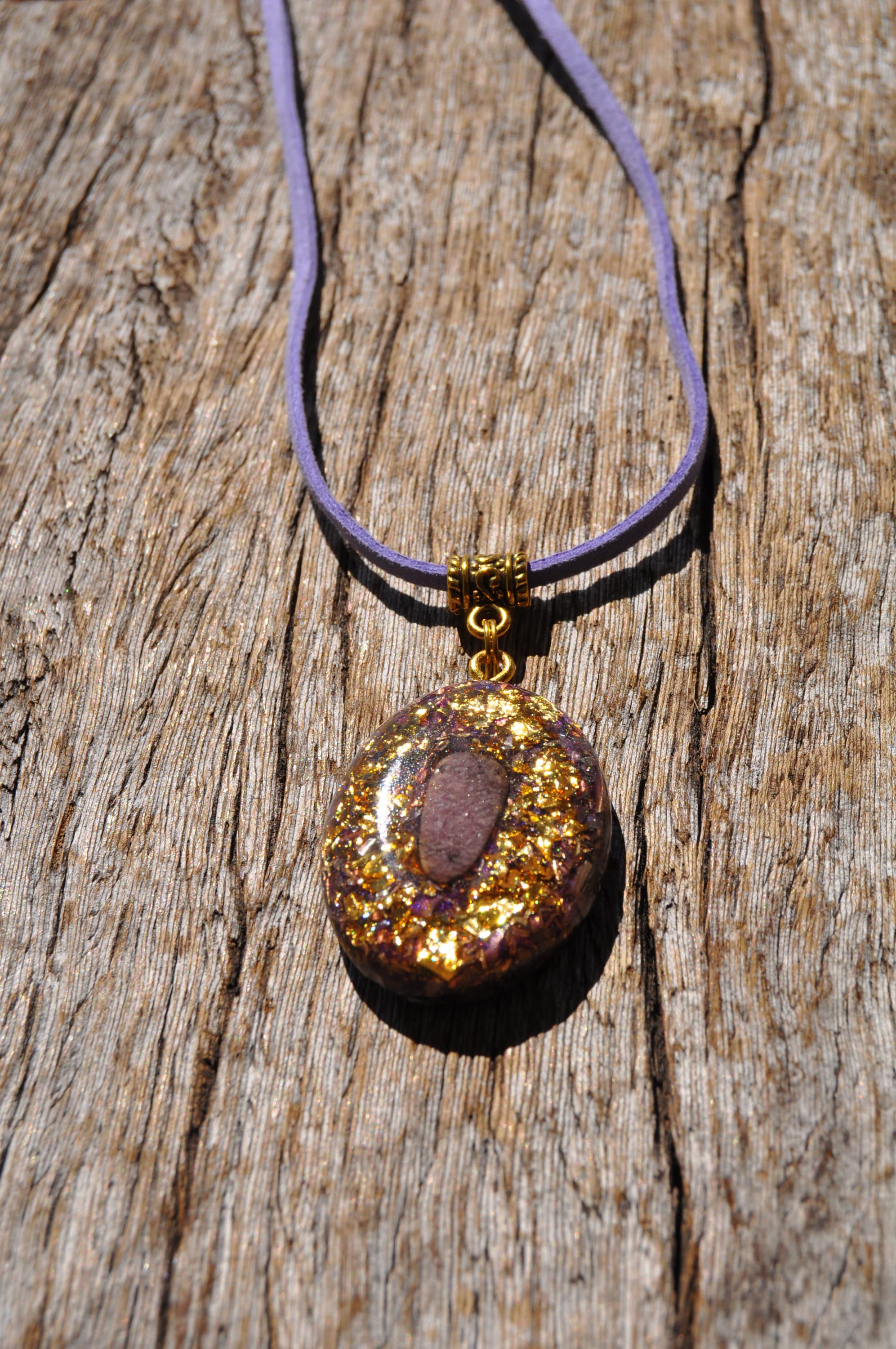 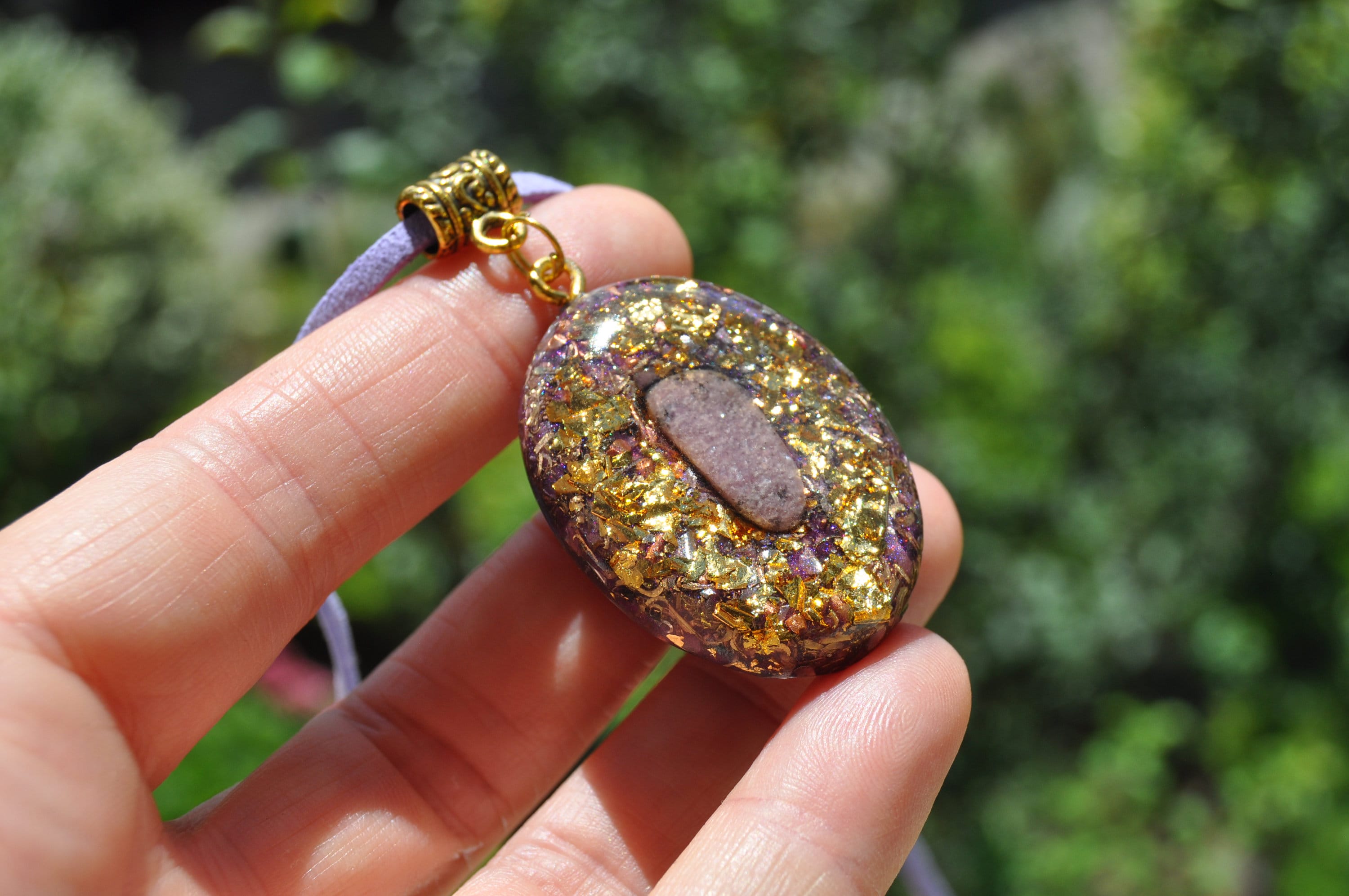 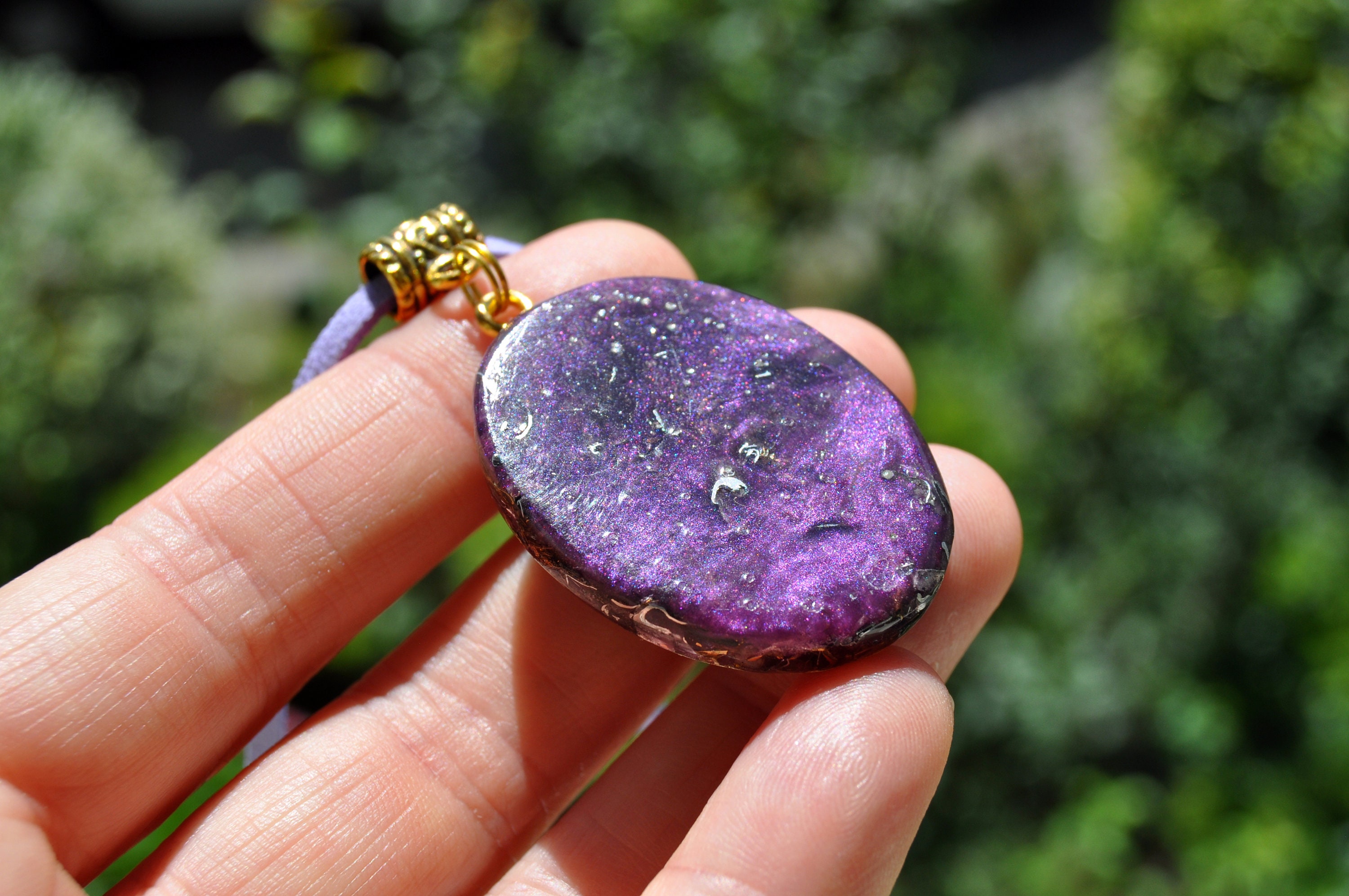 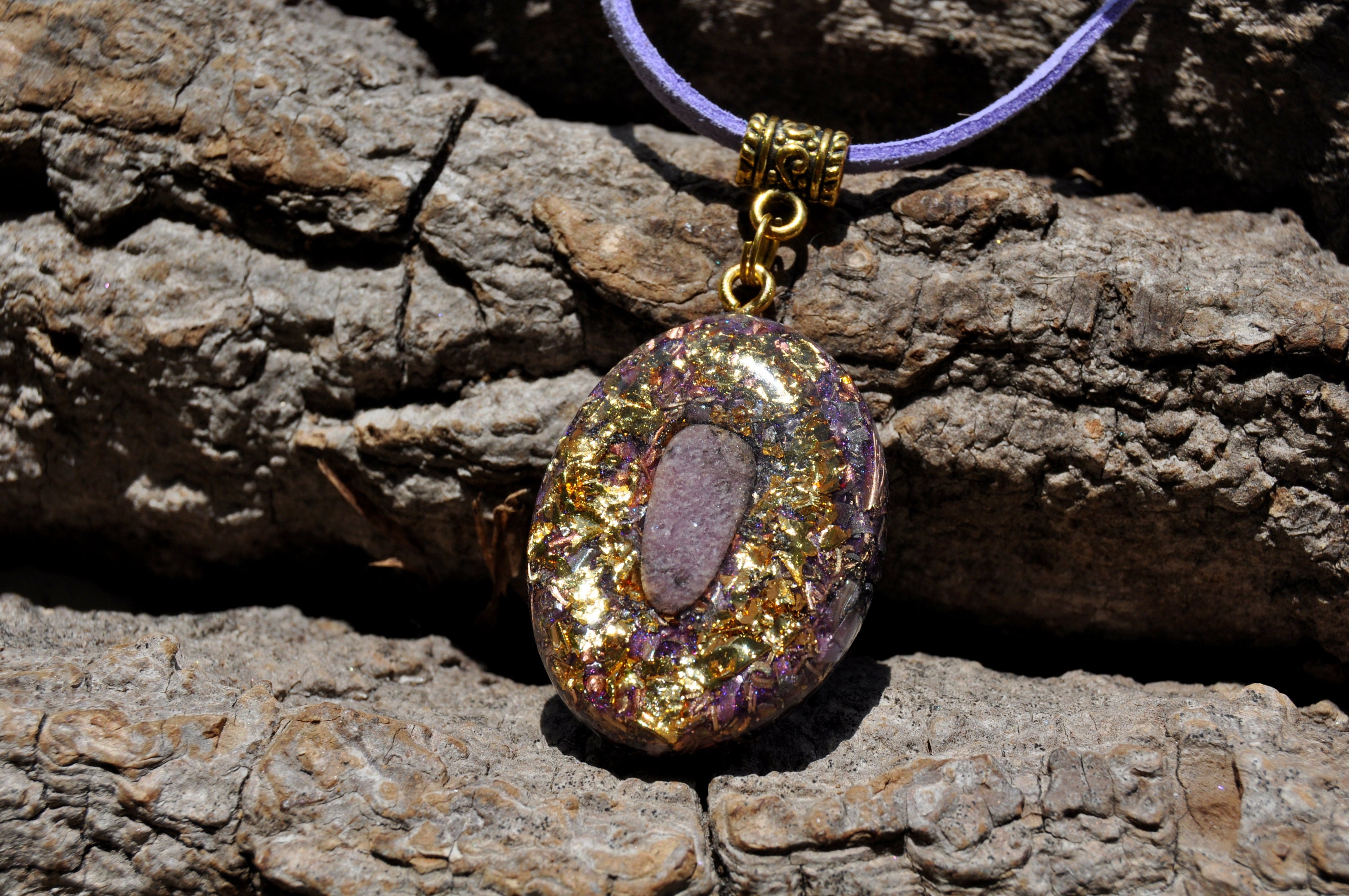 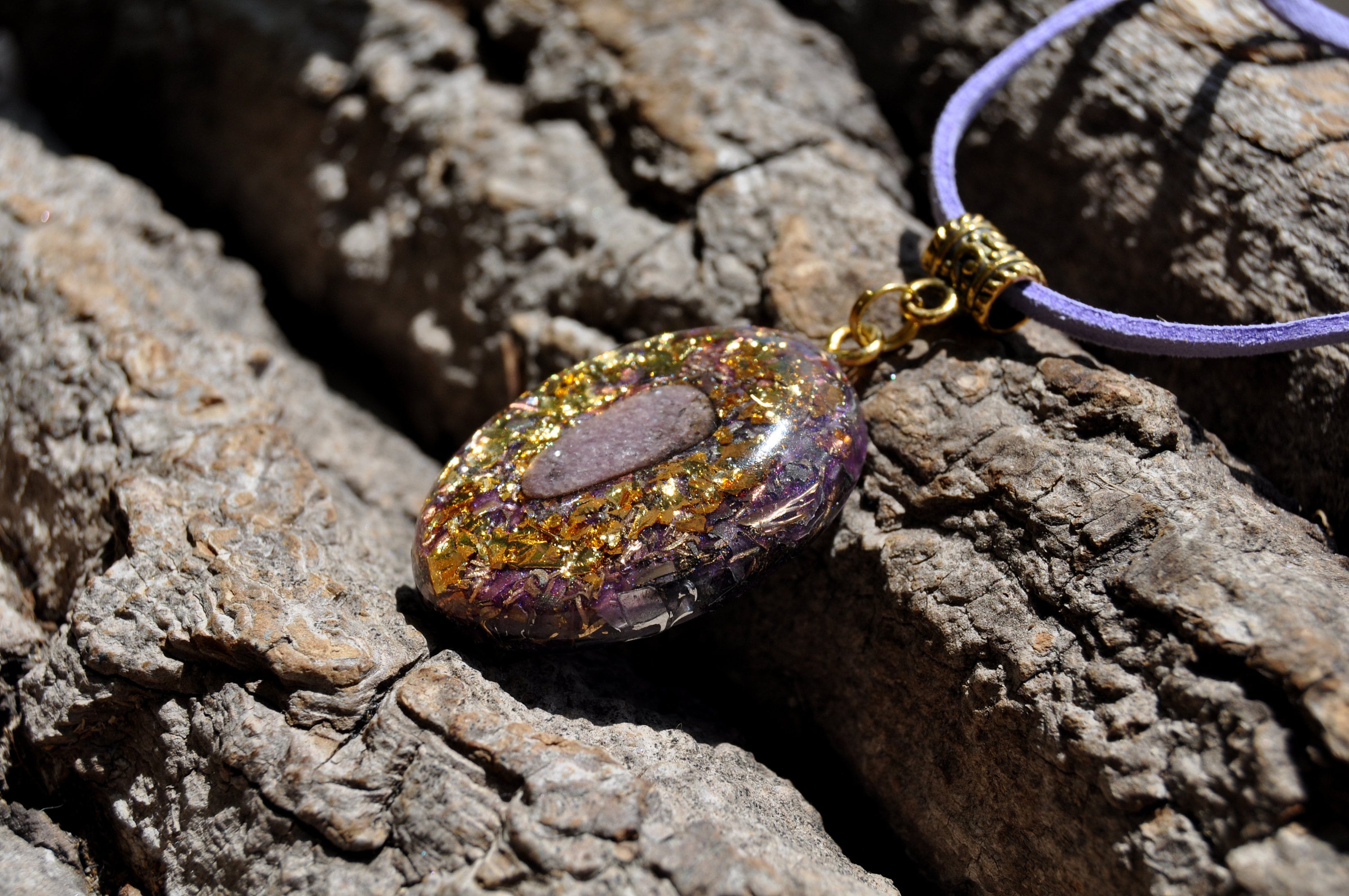 This lovely Orgonite® pendant contains lots of metal shavings and features a red Aventurine in the middle which is surrounded by 24K leaf Gold.

It furthermore contains Pyrite (to enhance), black Tourmaline (to protect and ground excess energy), Rhodizite (to amplify), Elite Shungite (emf protection), Selenite (to clean and charge other crystals), clear quartz (for piezo electric effect) all within a durable resin setting.

Red Aventurine is just beautiful and is a very loving, positive stone to work with. It opens the creative flow in a big way, allowing a host of alternatives and possibilities to present themselves.

Red Aventurine balances masculine and feminine energies. These are stones of finance and prosperity. Red Aventurine is really orange in color, and is useful for both base and sacral chakra issues.

Red Aventurine enhances creativity, prosperity, diffuses negativity, and balances the male-female energies. Red Aventurine can also help to ground excess energies within the body. Simply hold a piece of Red Aventurine, place your feet flat on the floor, visualize forming a connection with the earth and allow the energies to flow down through your feet and into the ground.

It is also useful for absorbing electromagnetic smog and other environmental pollutants.

Because it is a one of a kind hand-crafted one, it may have slight artistic imperfections.
It comes on a adjustable faux suede cord.