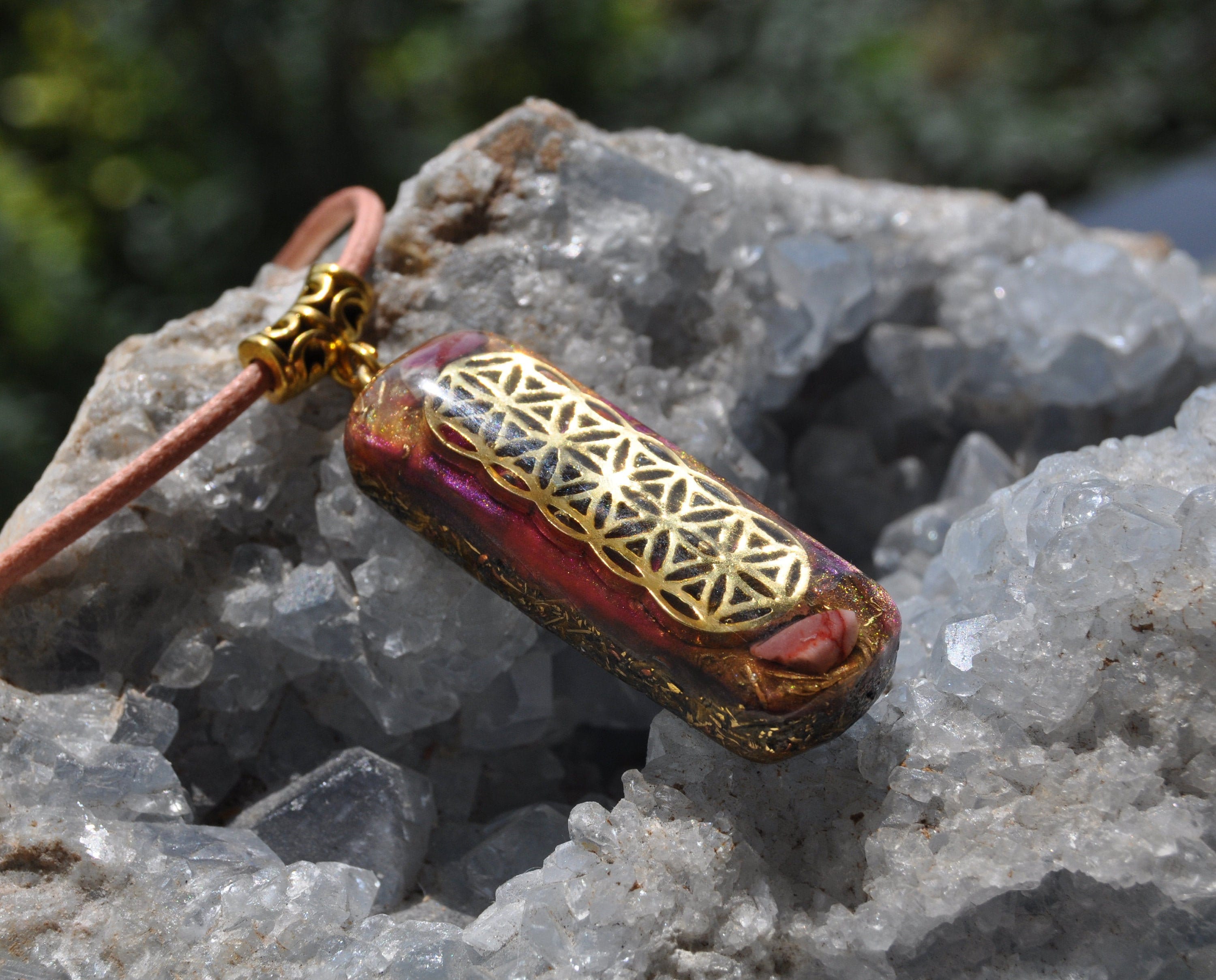 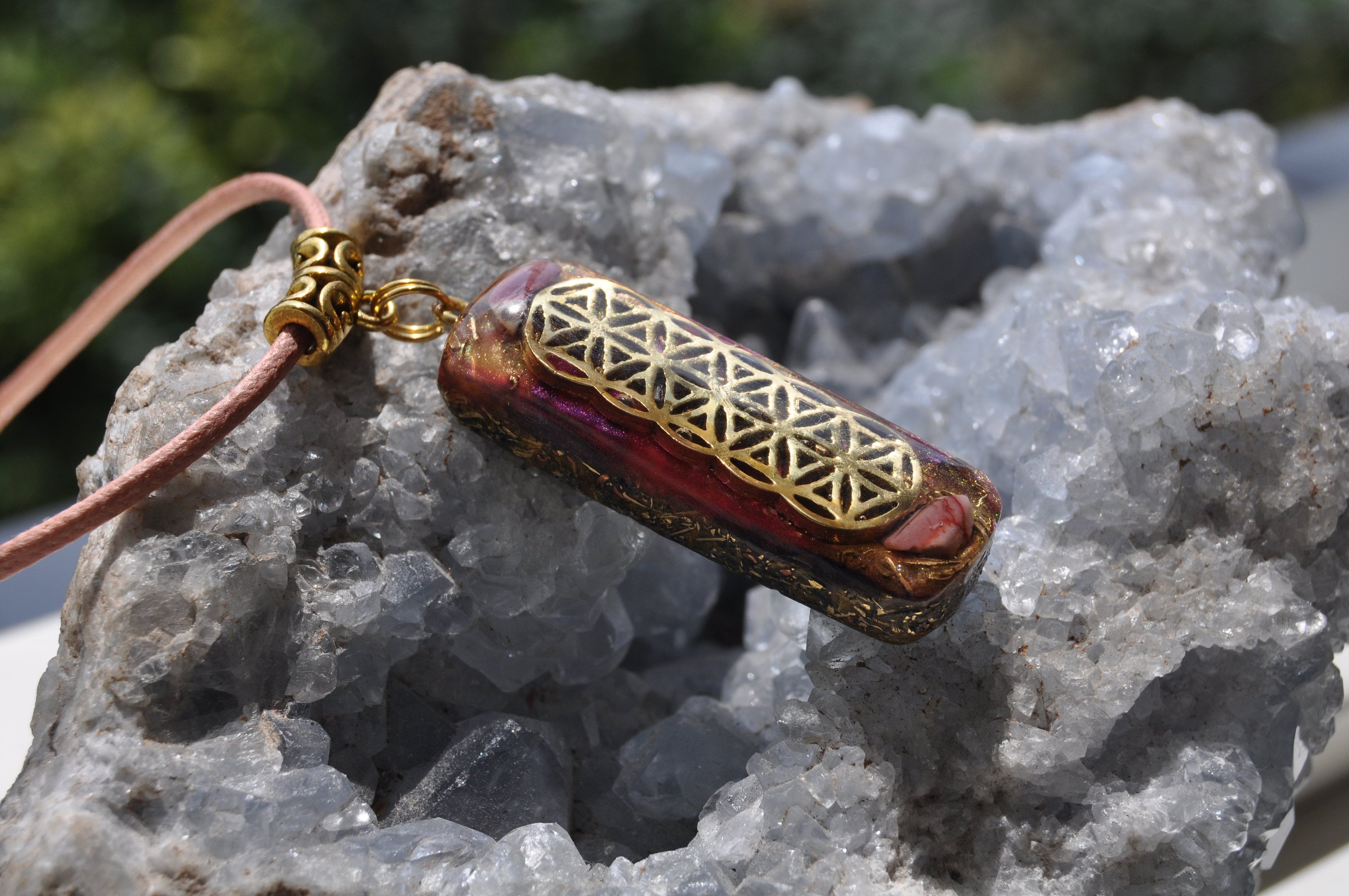 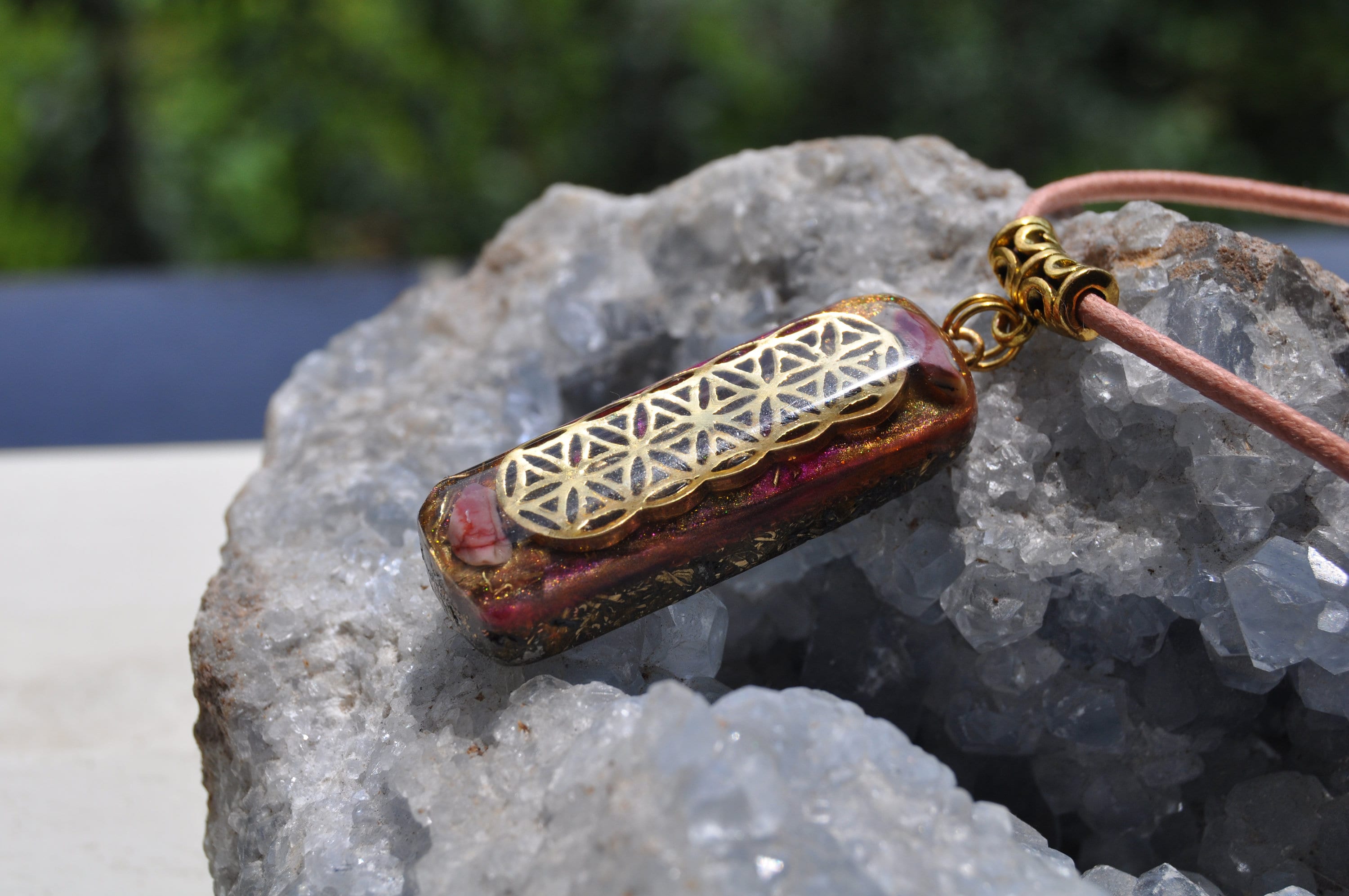 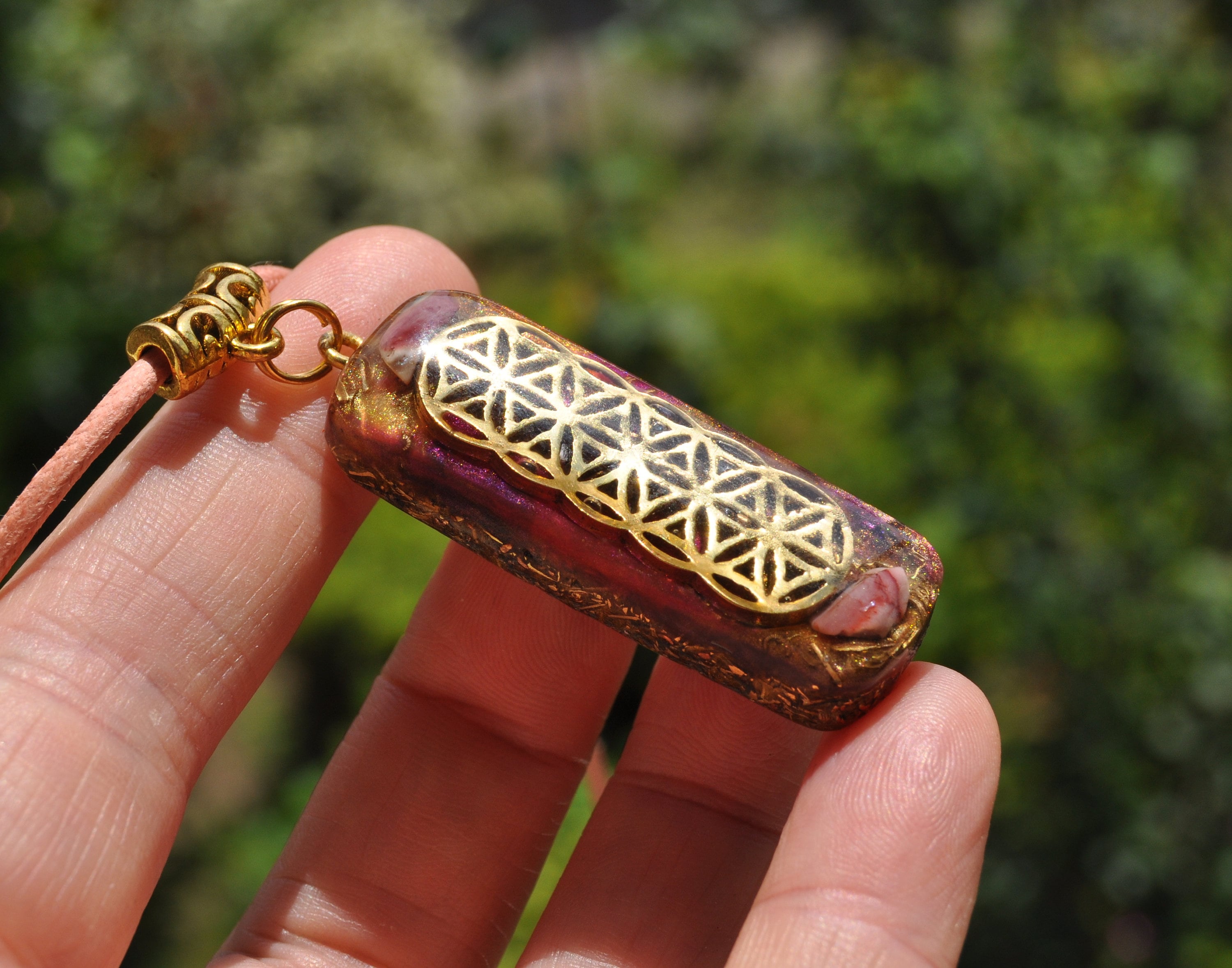 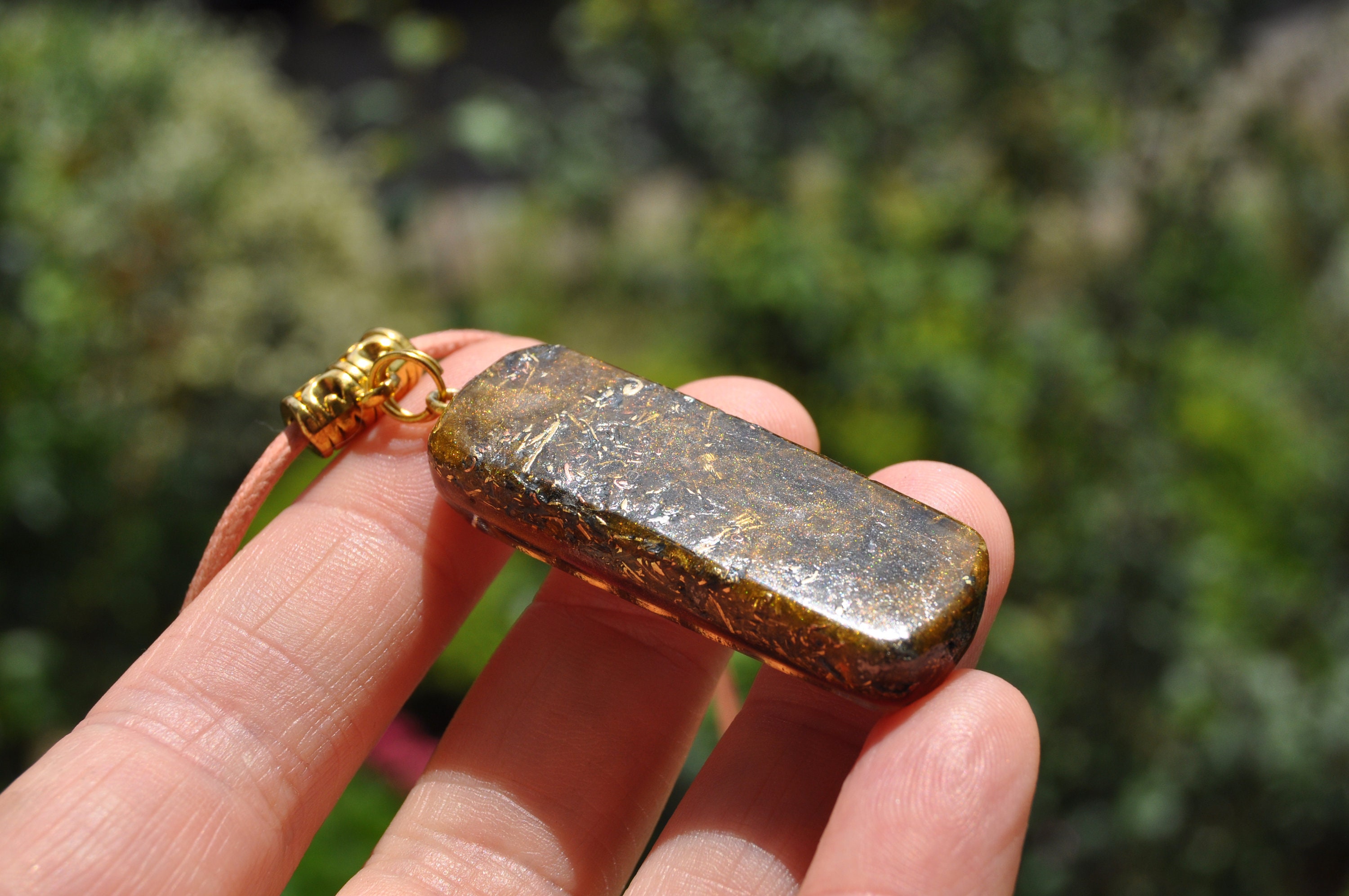 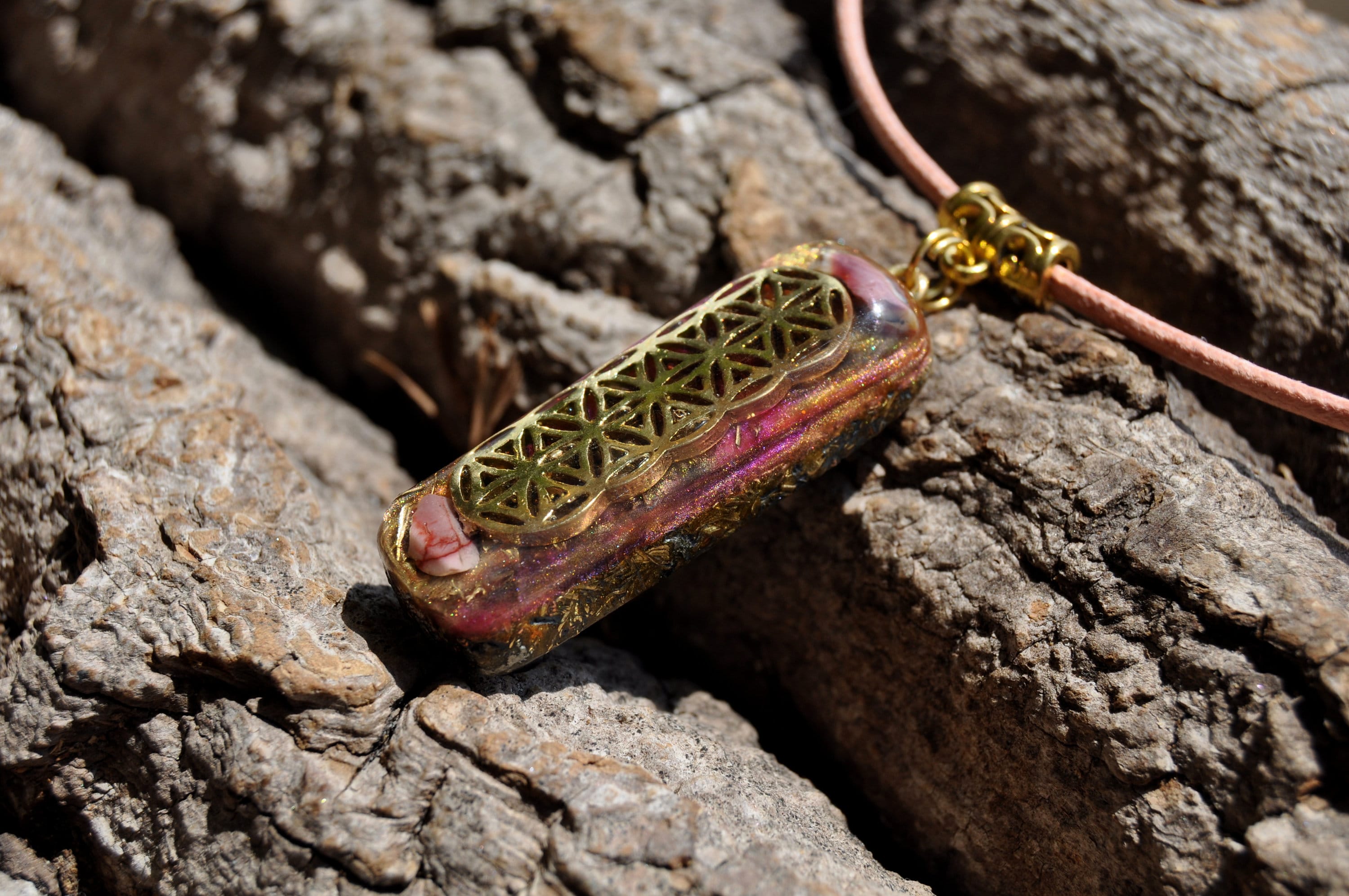 This uniqueshaped Orgonite® pendant features a Flower of Life pattern and contains lots of various metal shavings. The main stone is Mookaite Jasper carefully laid out in the front. It furthermore contains Pyrite (to enhance), Rhodizite (to amplify), Elite Shungite (protection), black Tourmaline (to ground excess energy and protect), Selenite (to charge and clean) and clear Quartz (for piezo electric effect) all within a durable resin setting. Unique thus nowhere to be found elsewhere!