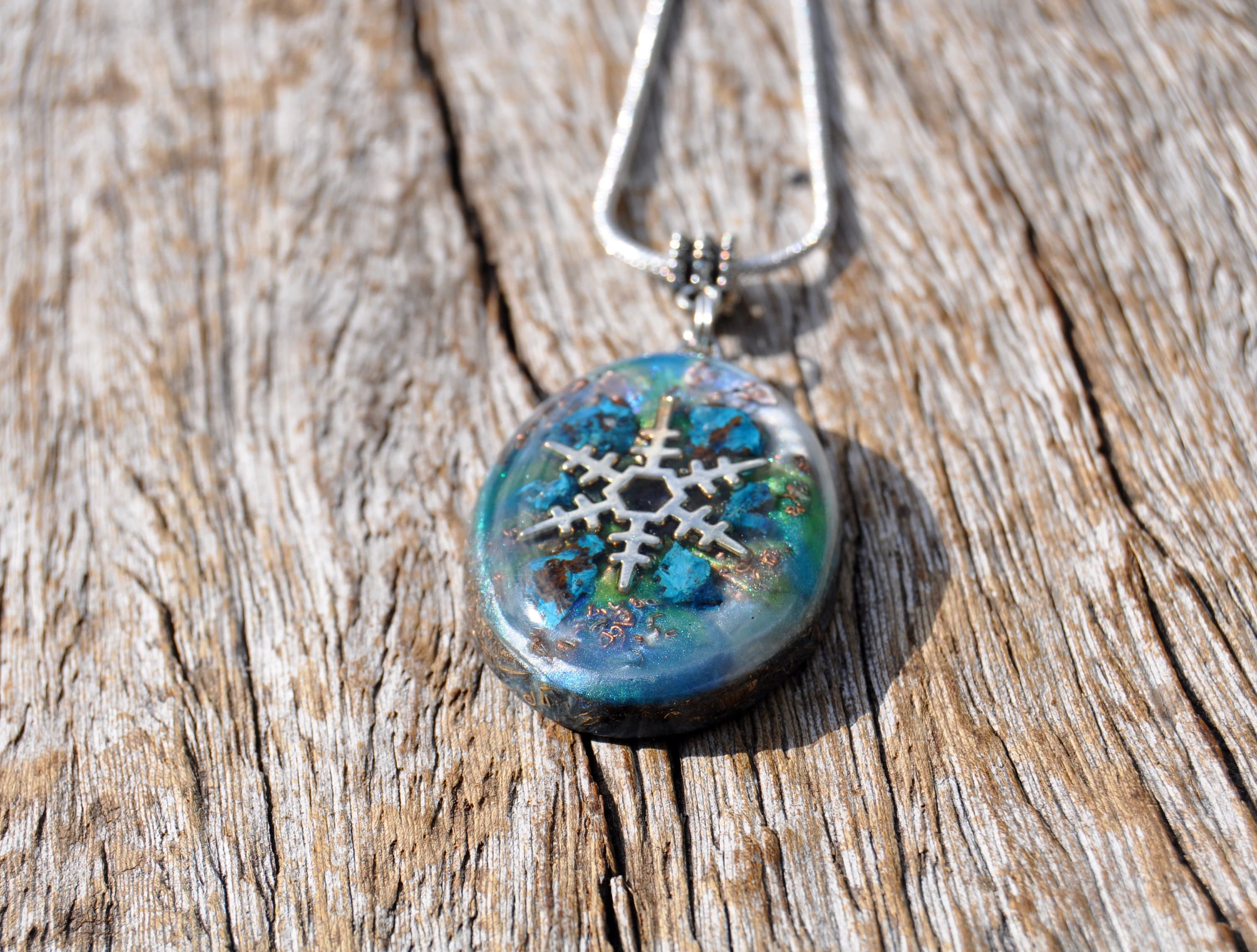 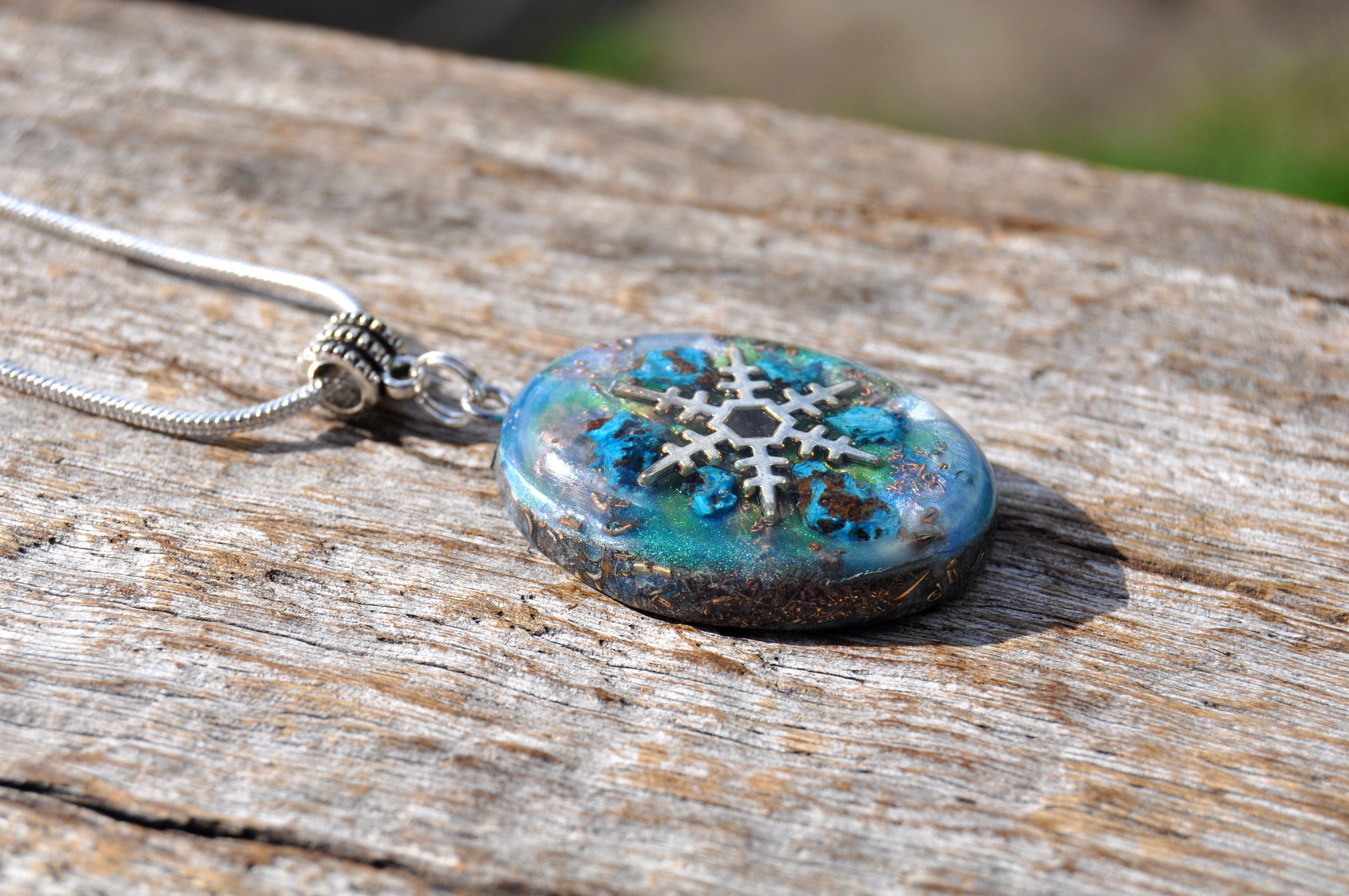 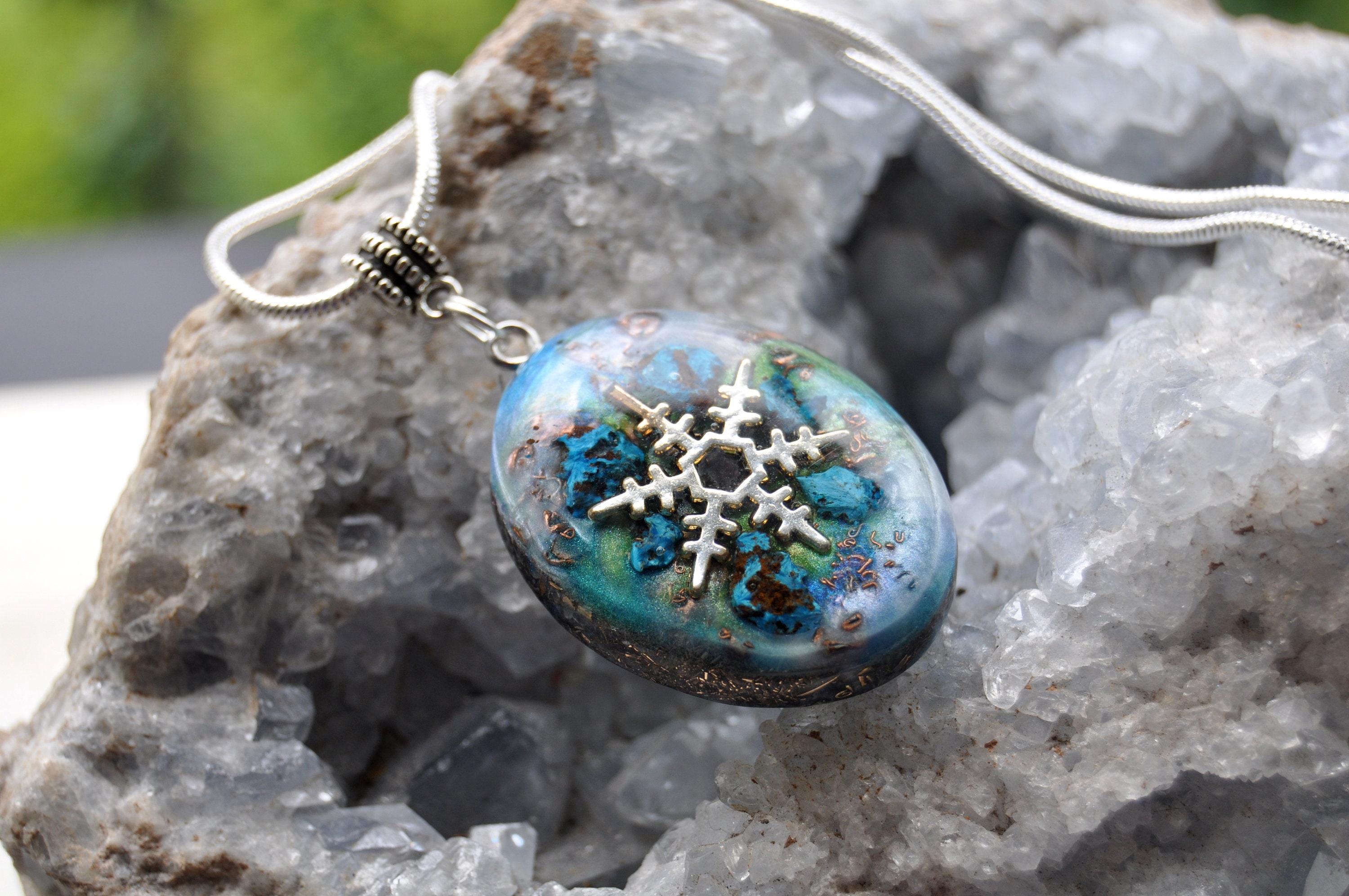 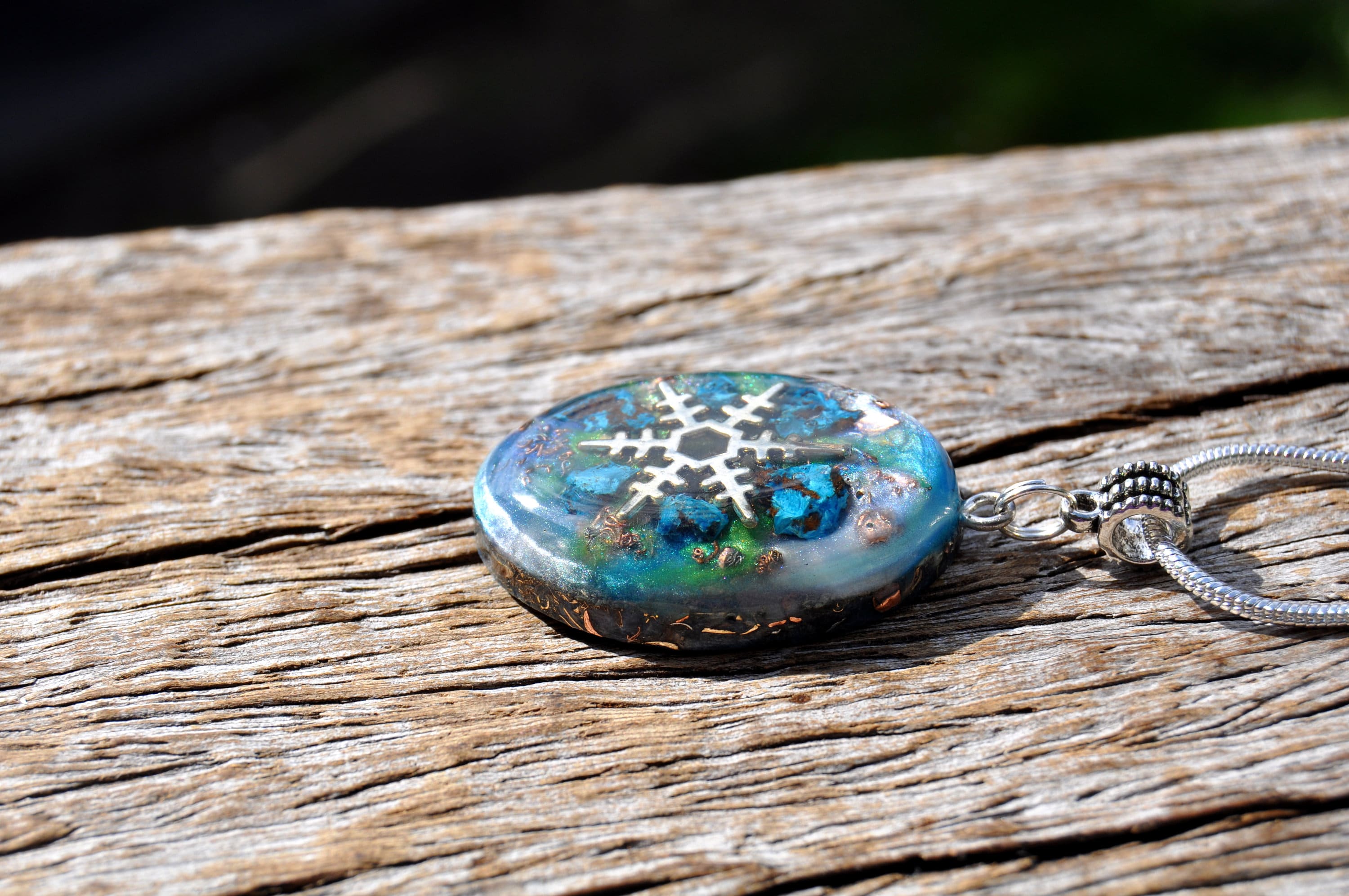 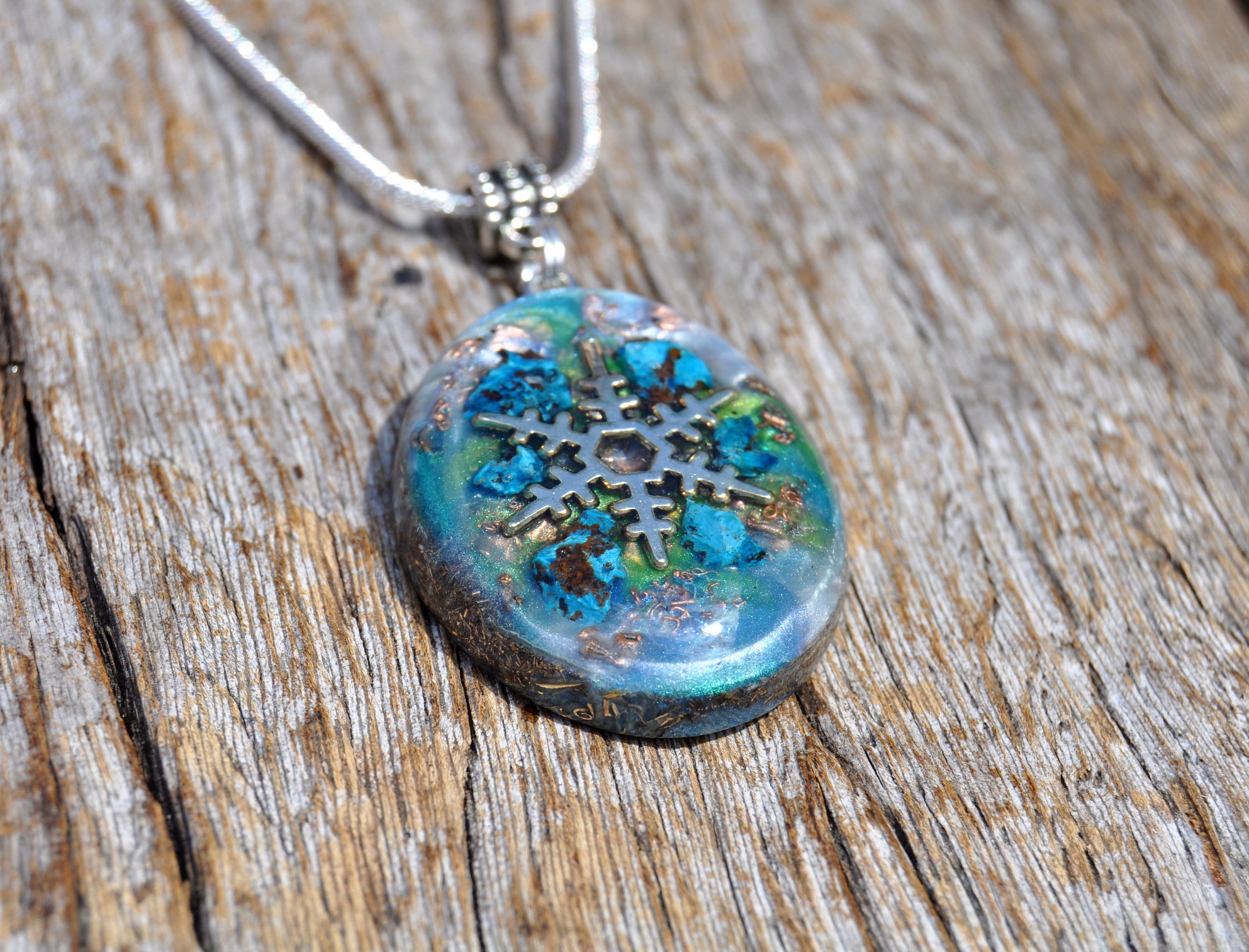 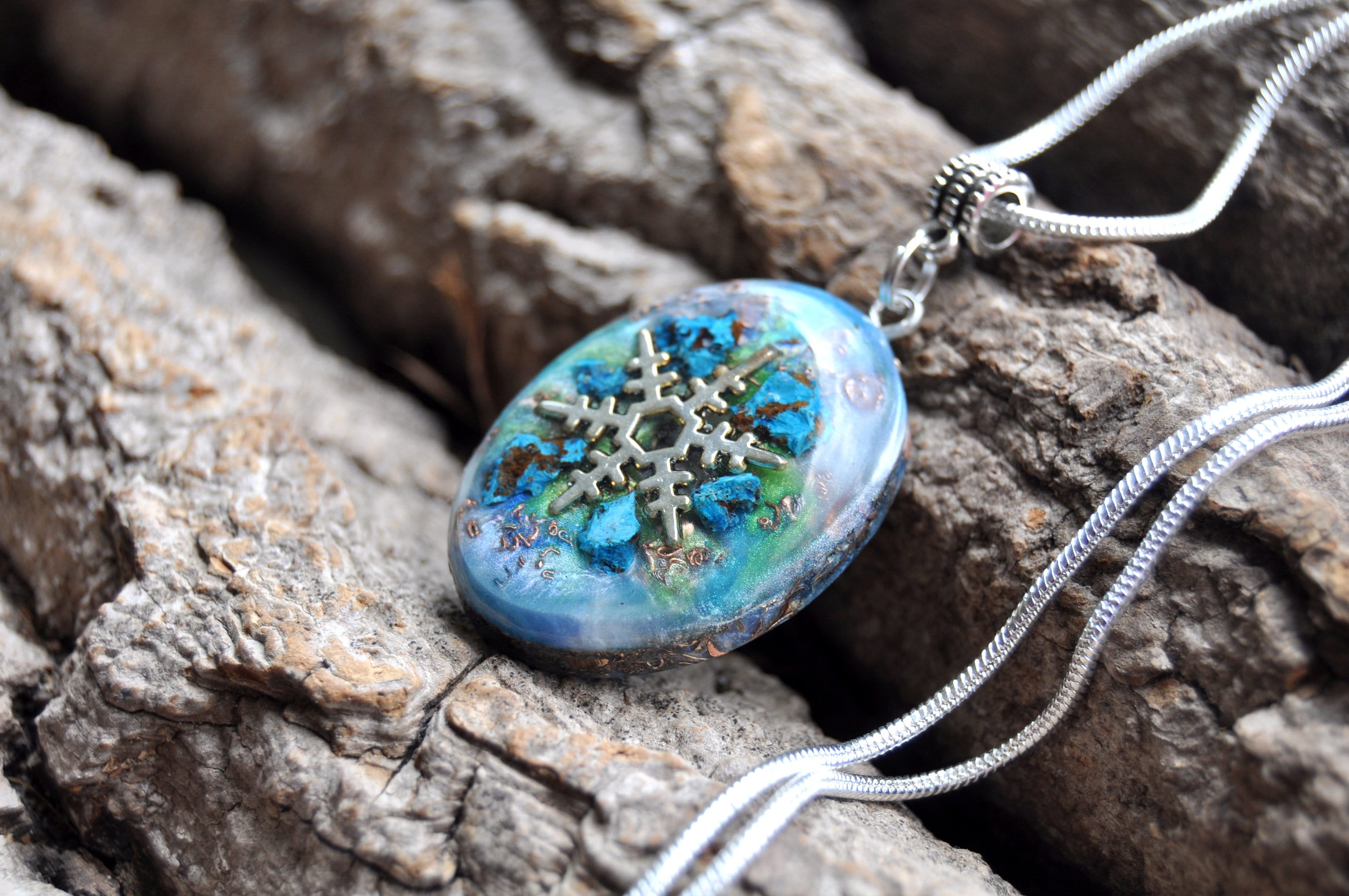 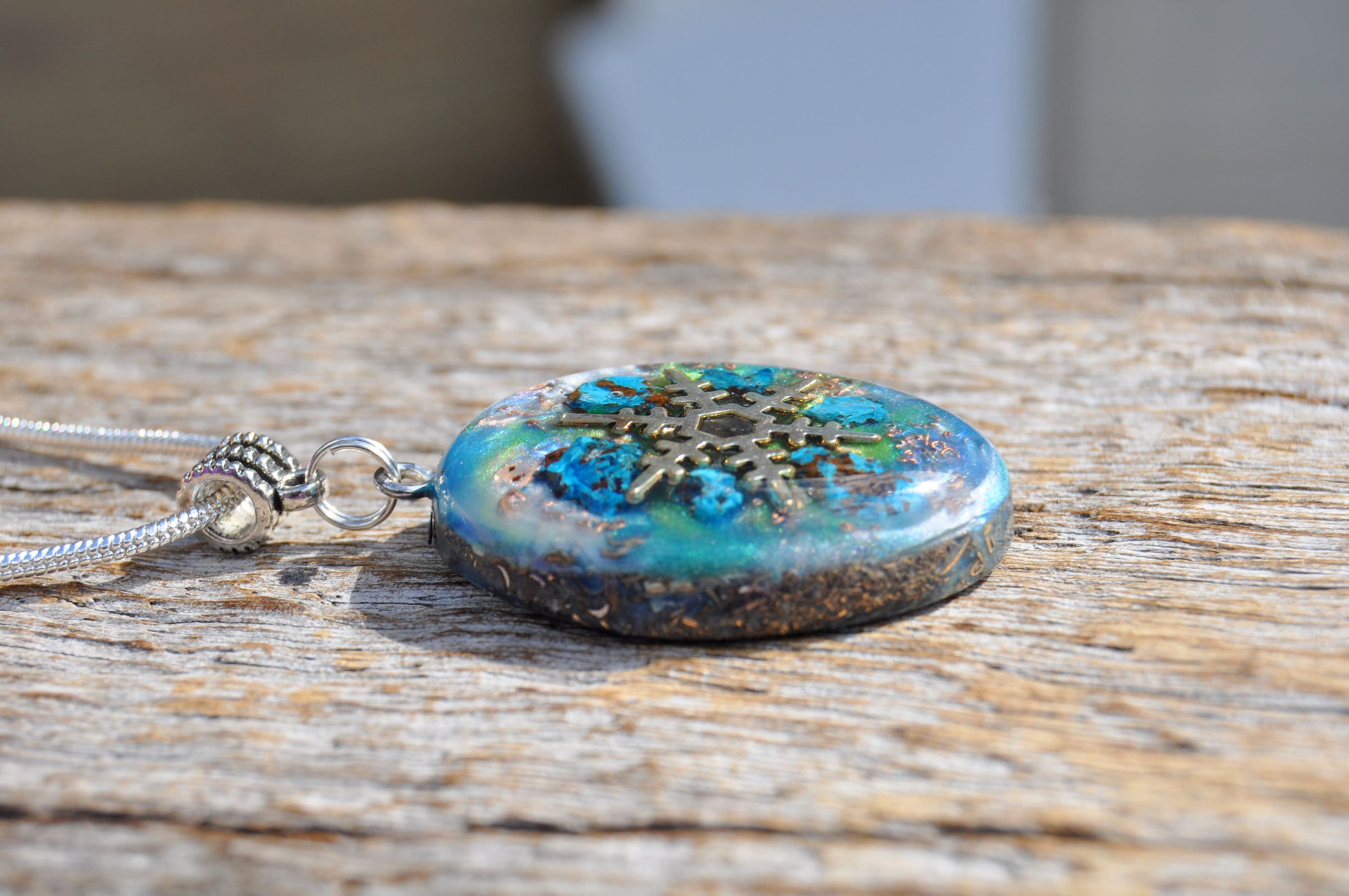 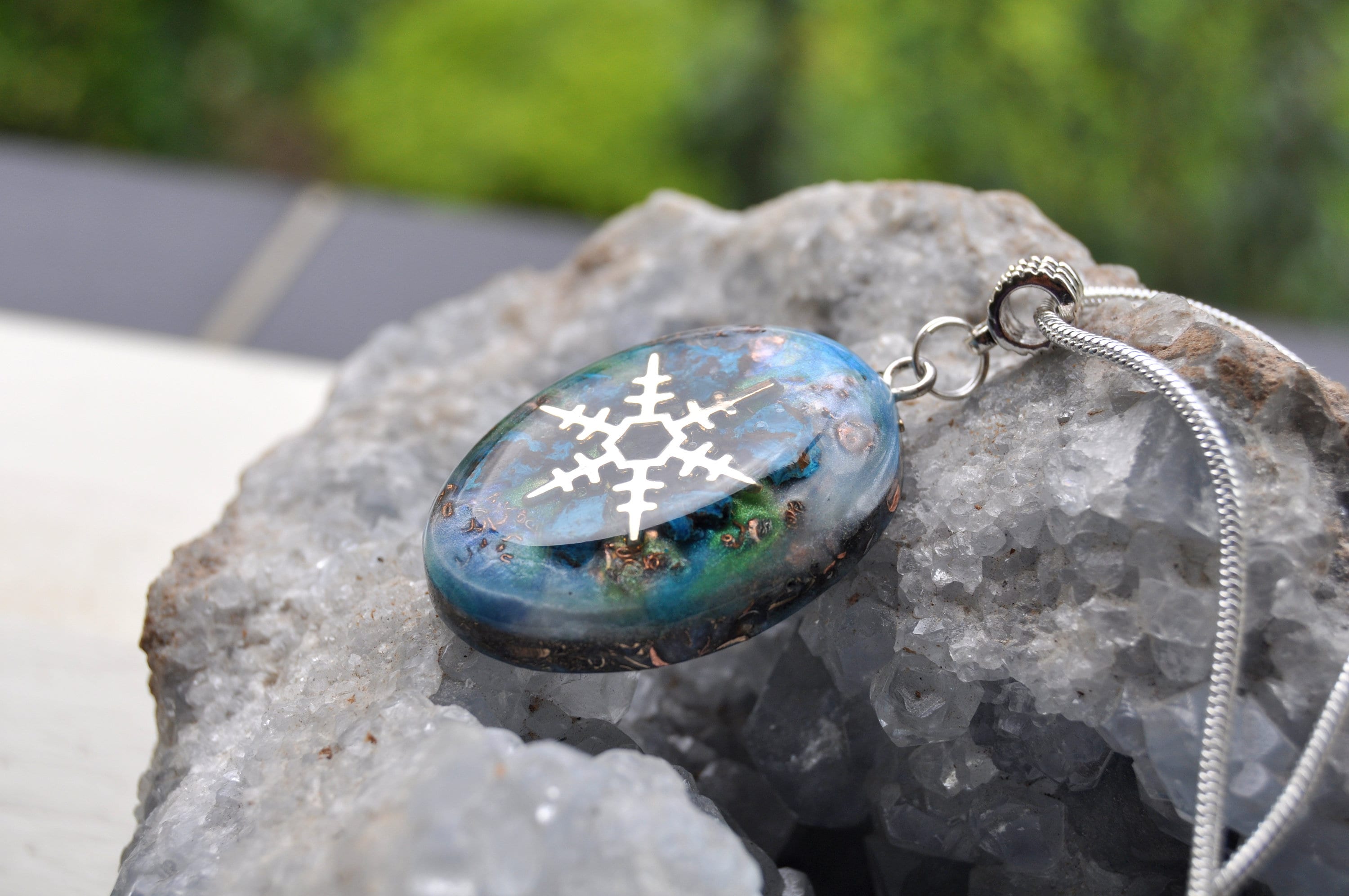 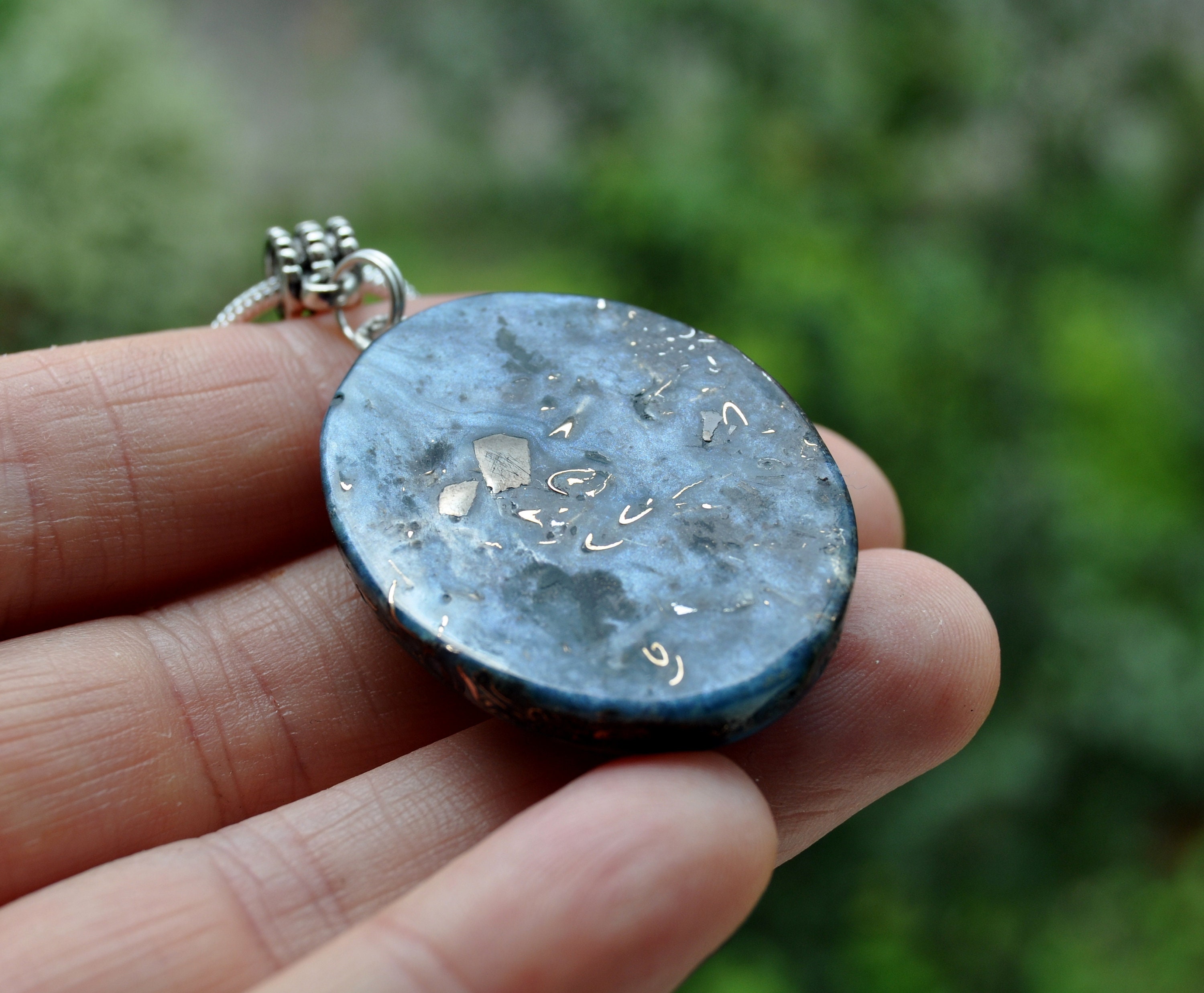 This unique Orgonite® pendant contains aluminium,bronze, brass and copper shavings. The main stone is six raw Shattuckite stones which you can see in the front. It furthermore consists of Rhodizite (to amplify the other crystals), Pyrite (to enhance), Elite Shungite (protection), black Tourmaline (to ground excess energy and for protection), Selenite (to clean and charge the other crystals) and clear quartz (for piezo electric effect) in a durable resin setting.

Shattuckite is a stone of intuition, mediumship, and psychic abilities. This copper silicate offers up clarity of the mind, heart, and throat, creating an ever strong connection that allows one speak the highest truths. Our thoughts and ideas become easily translated to others, as well as being able to talk directly from the heart without the fear of hurting certain people with hurtful words.

This stone can help you in working on your innermost strength, processing spiritual information, and improving your overall well-being. Shattuckite, on the other hand, is closely associated with psychic clarity and information. In fact, it possesses powerful and protective powers which defend you from psychic and physical harm.

Moreover, Shattuckite is also a powerful psychic communication gemstone that is capable of building a strong connection between spirit guides and yourself and even the persons who have no longer with you. Another reason why you should consider using this stone is that it improves concentration and sharpens intuition. This stone will provide you a clearer and better understanding of things. Furthermore, Shattuckite will aid your intuitive and mental capabilities to pleasantly work together.

Because it is a one of a kind hand-crafted one, it may have slight artistic imperfections.
It comes on a 54 cm / 22 inches 925 sterling silver plated necklace with lobster clasp closing.