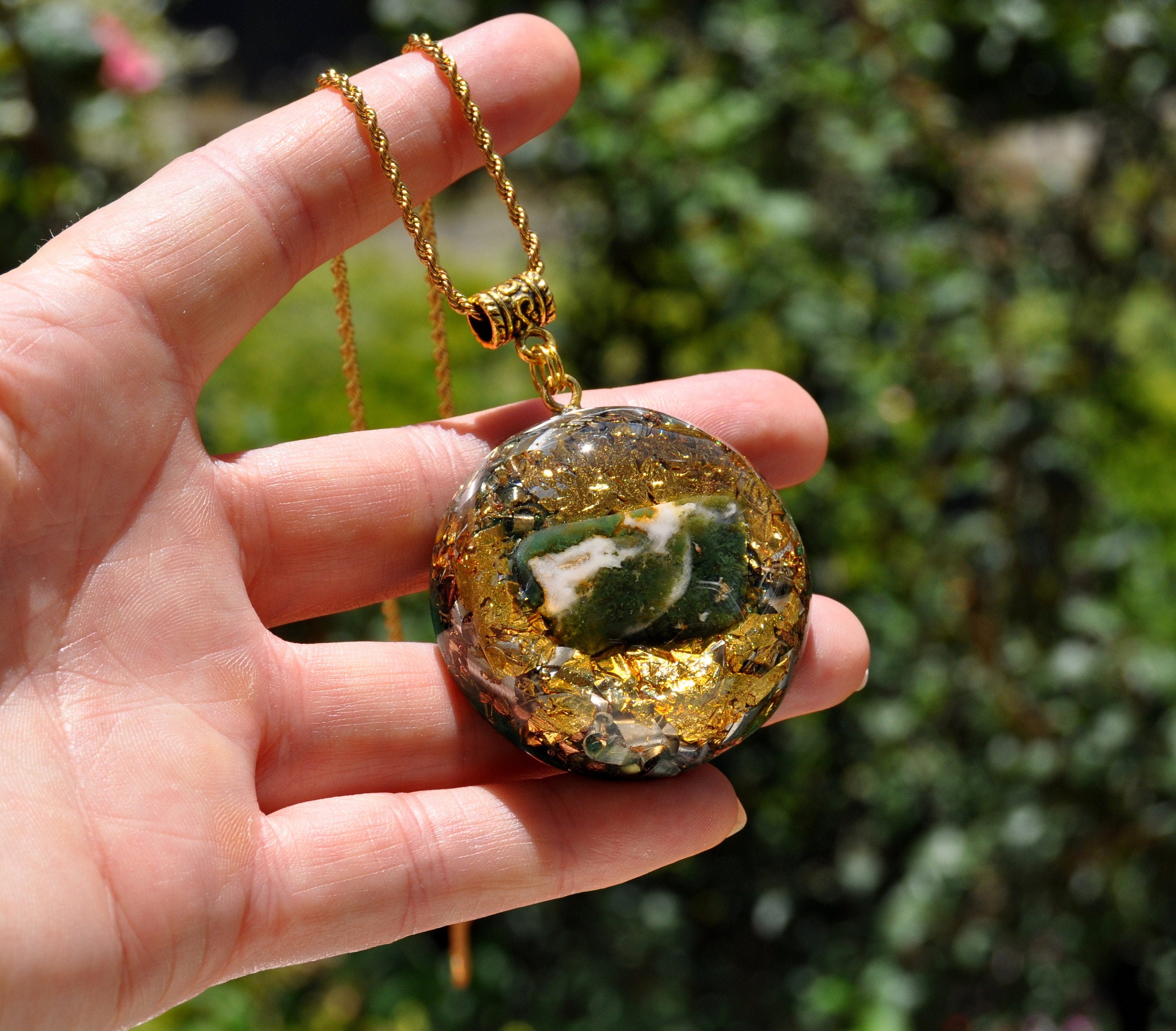 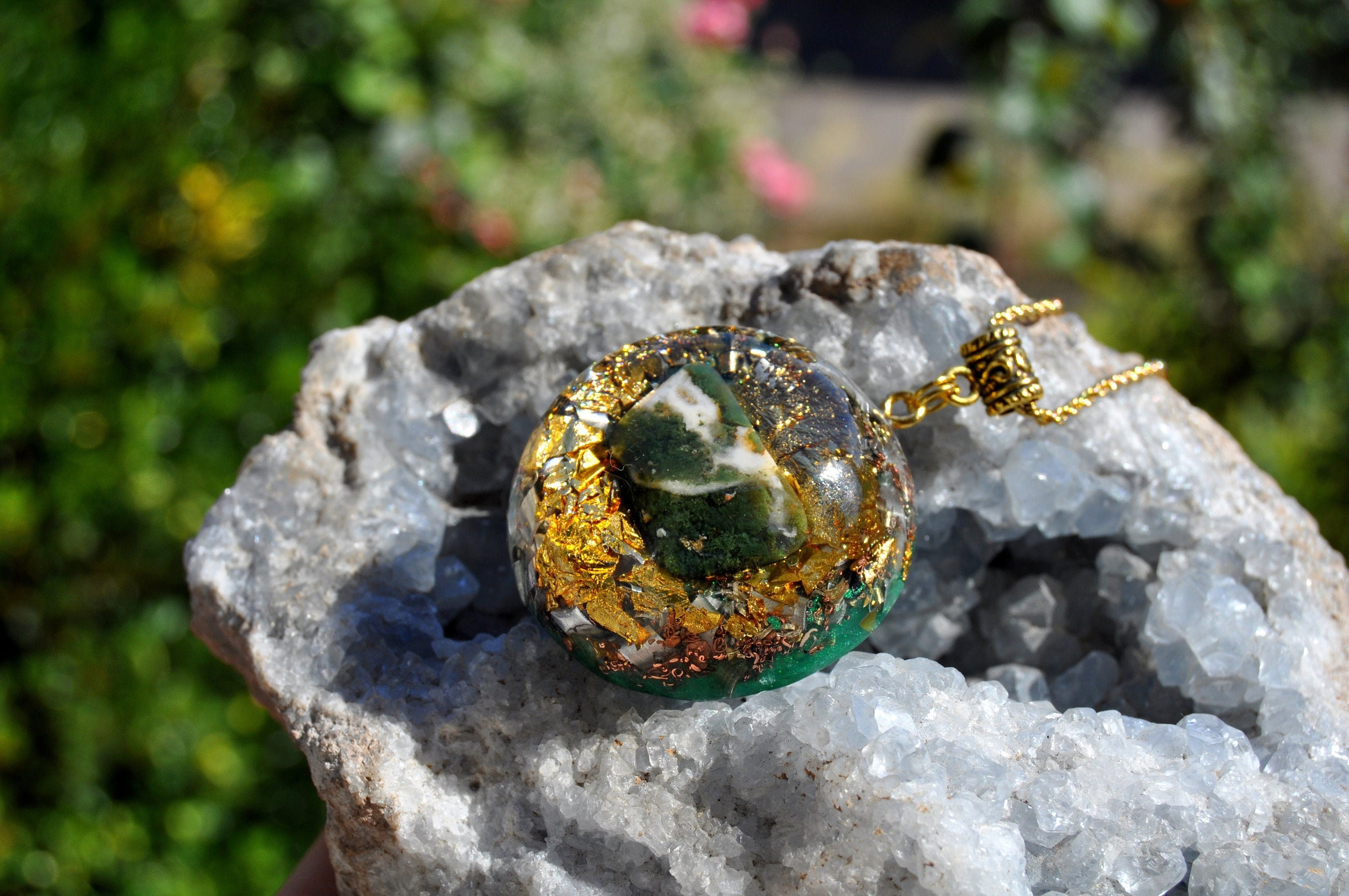 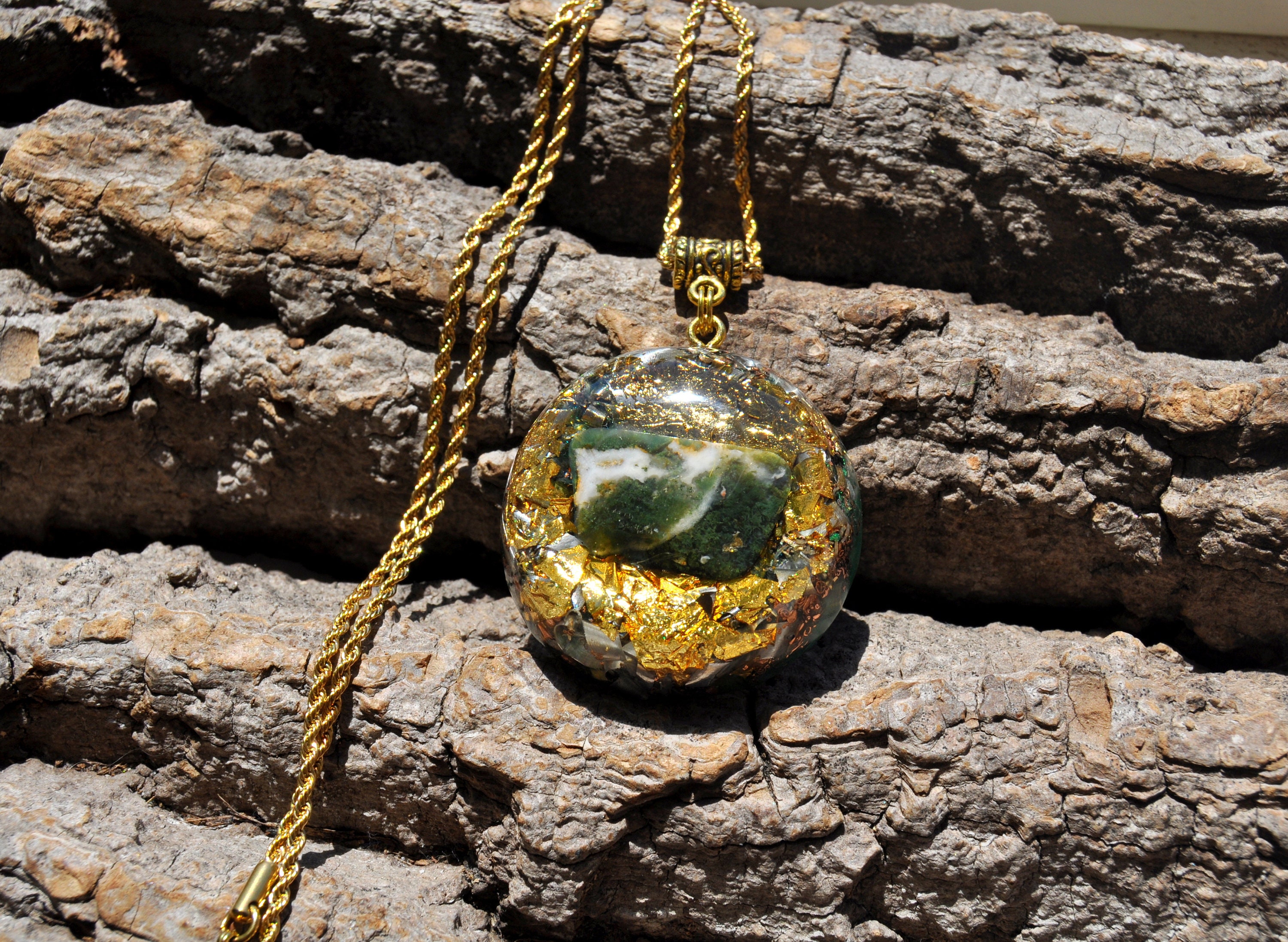 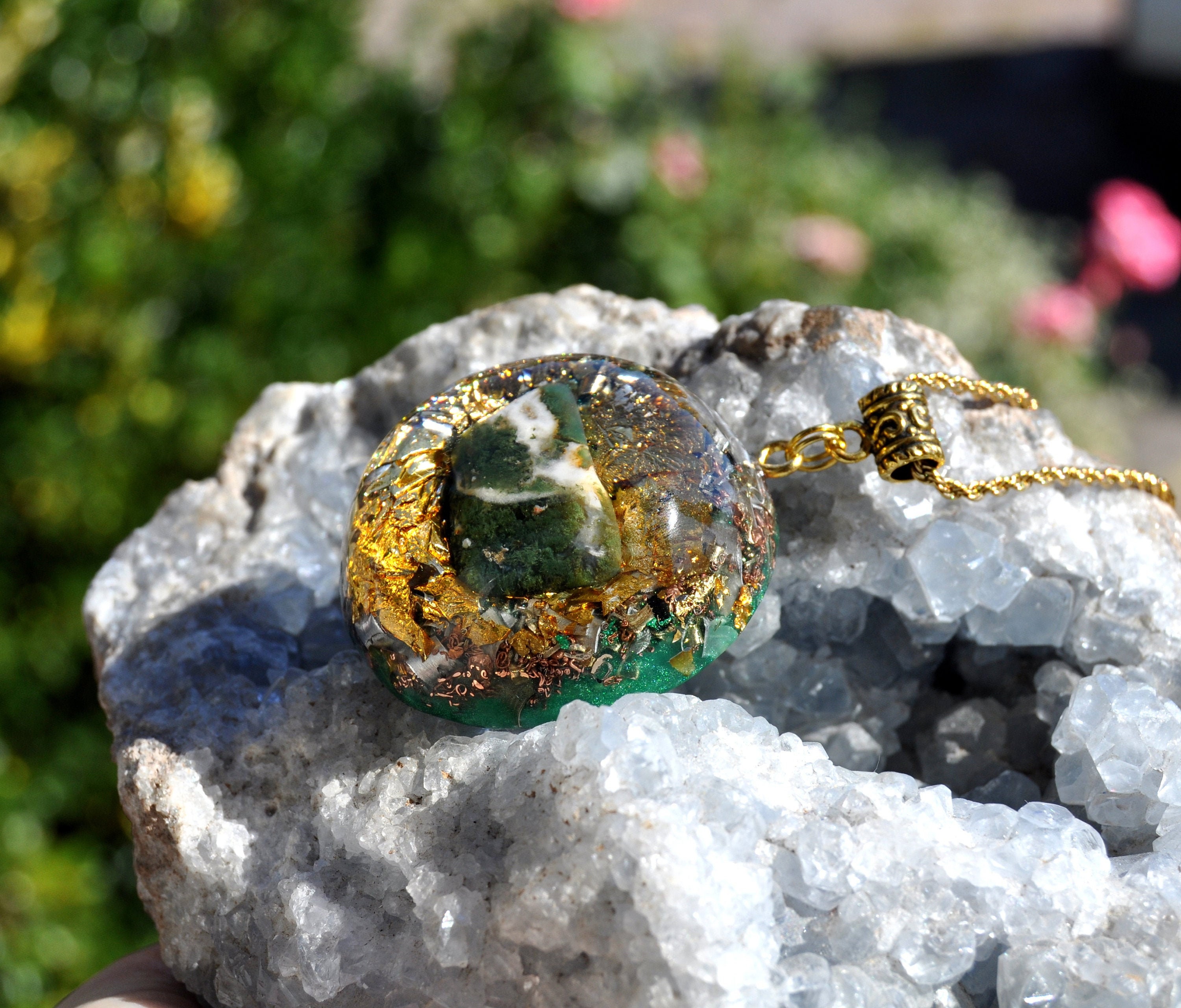 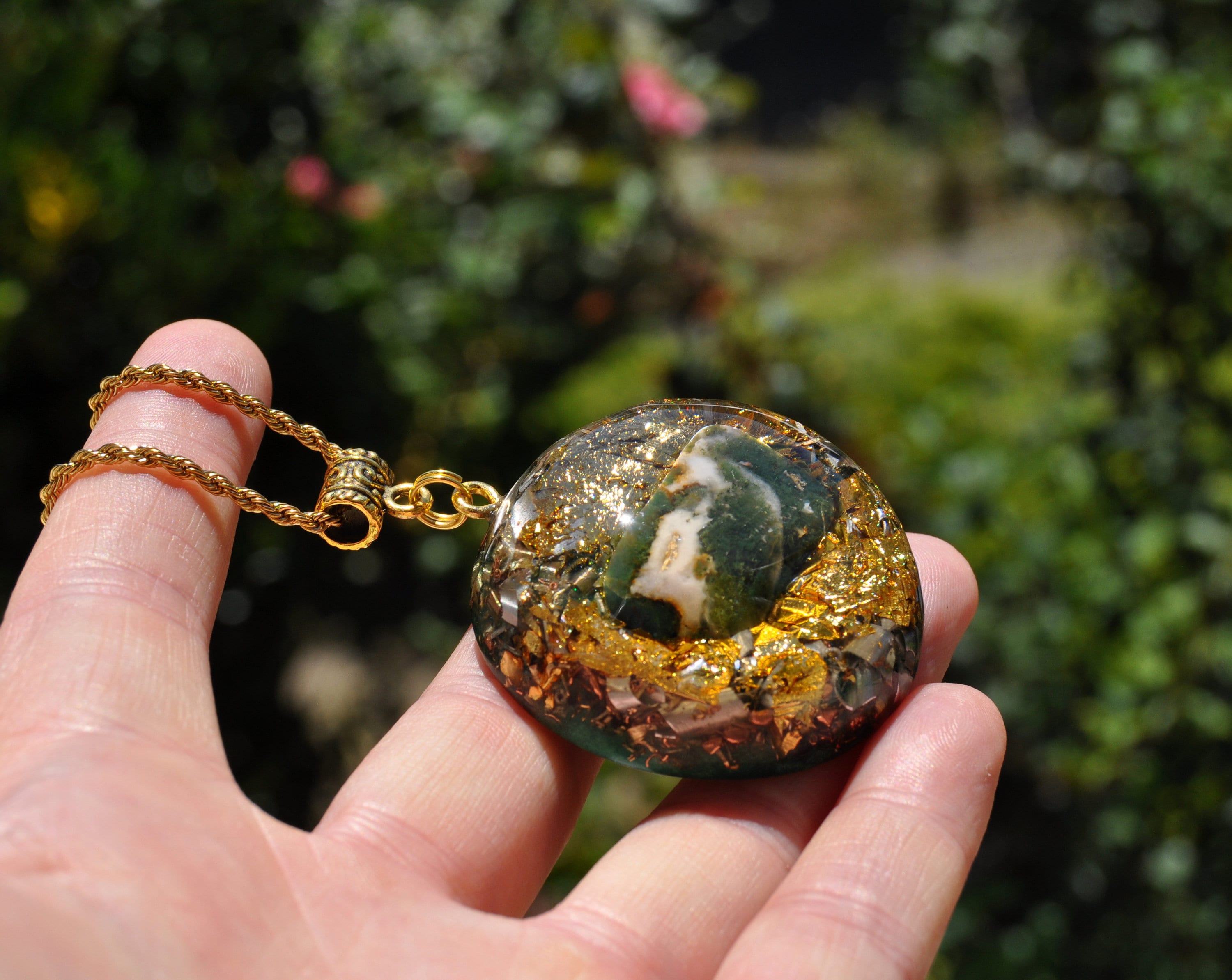 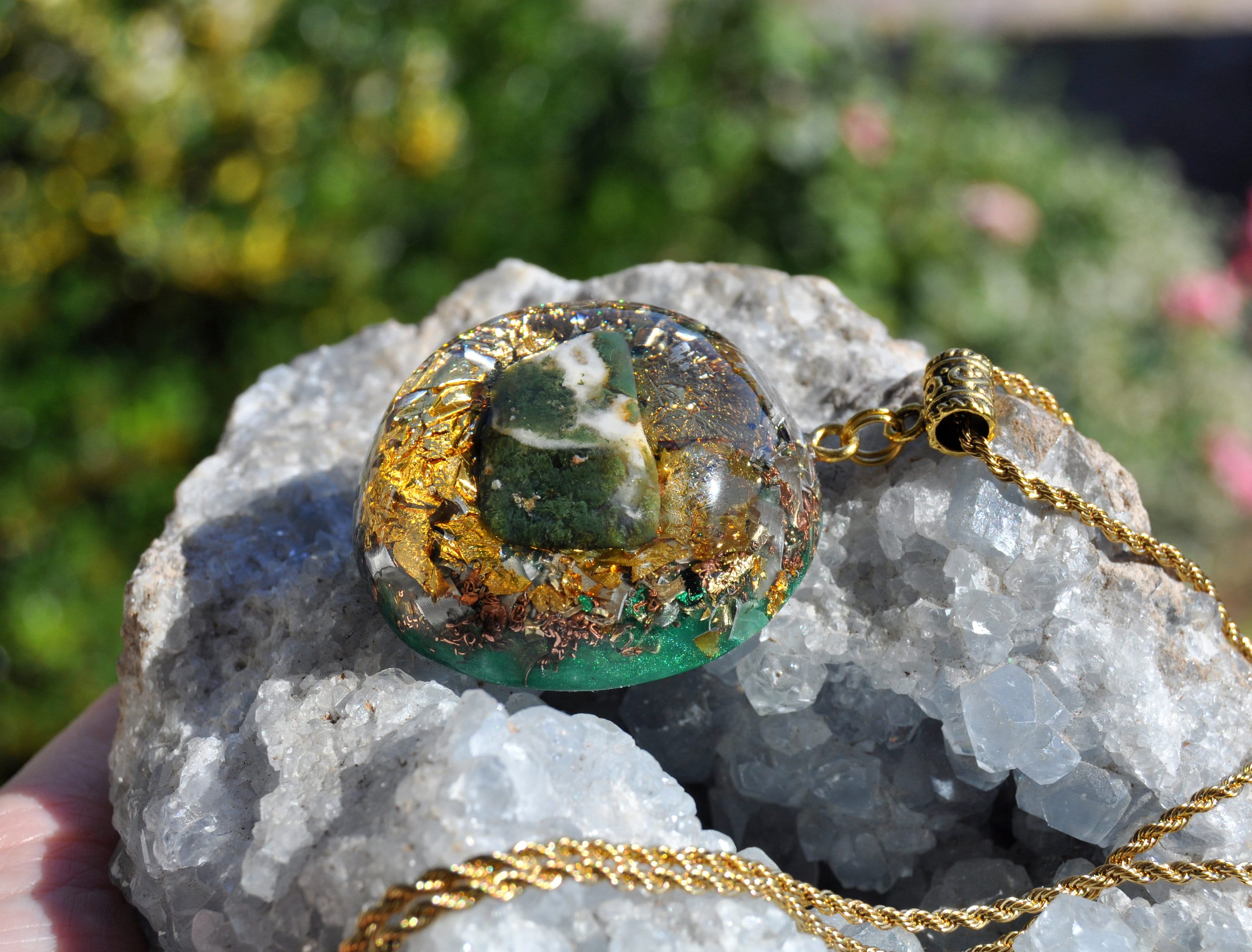 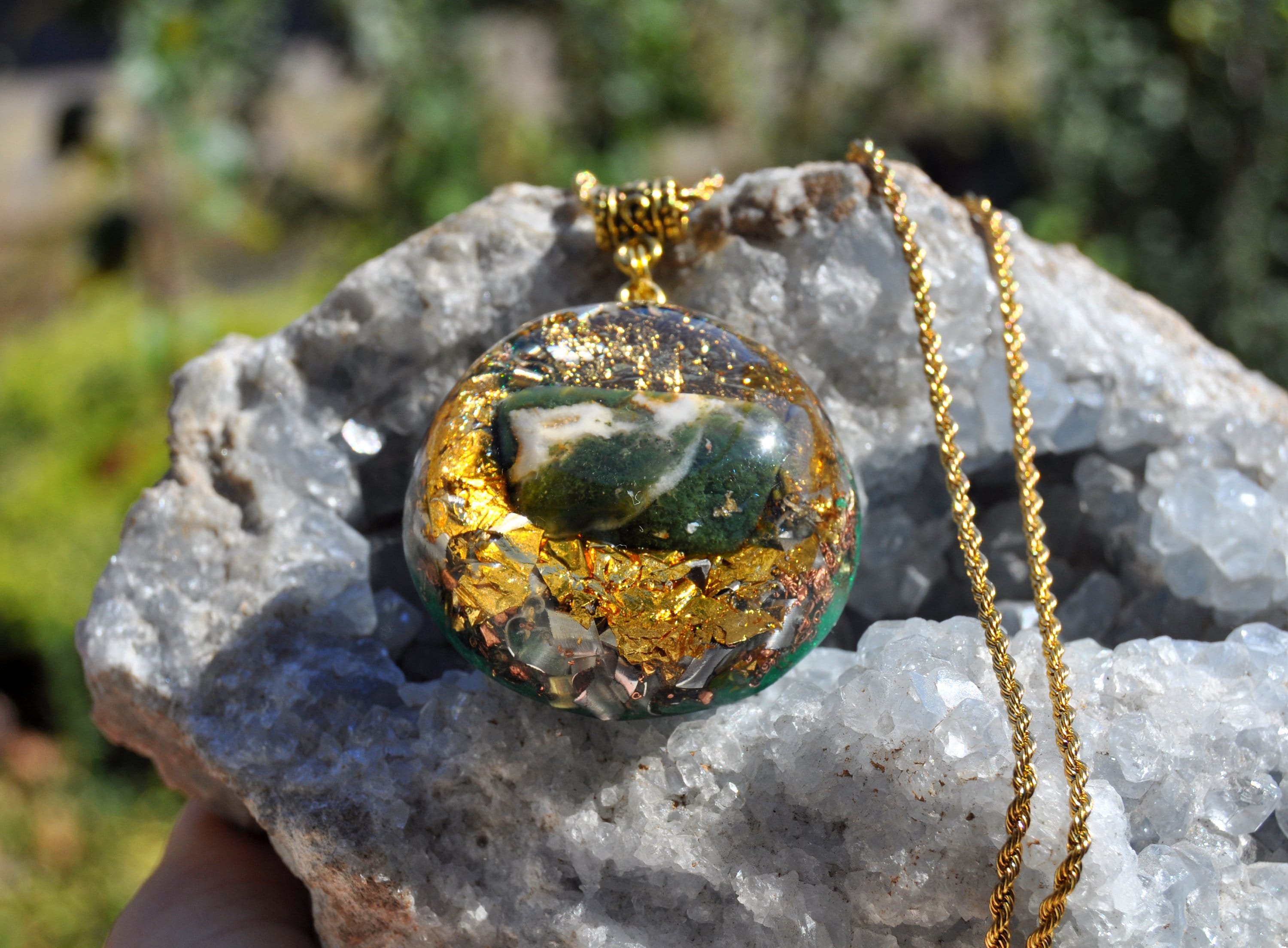 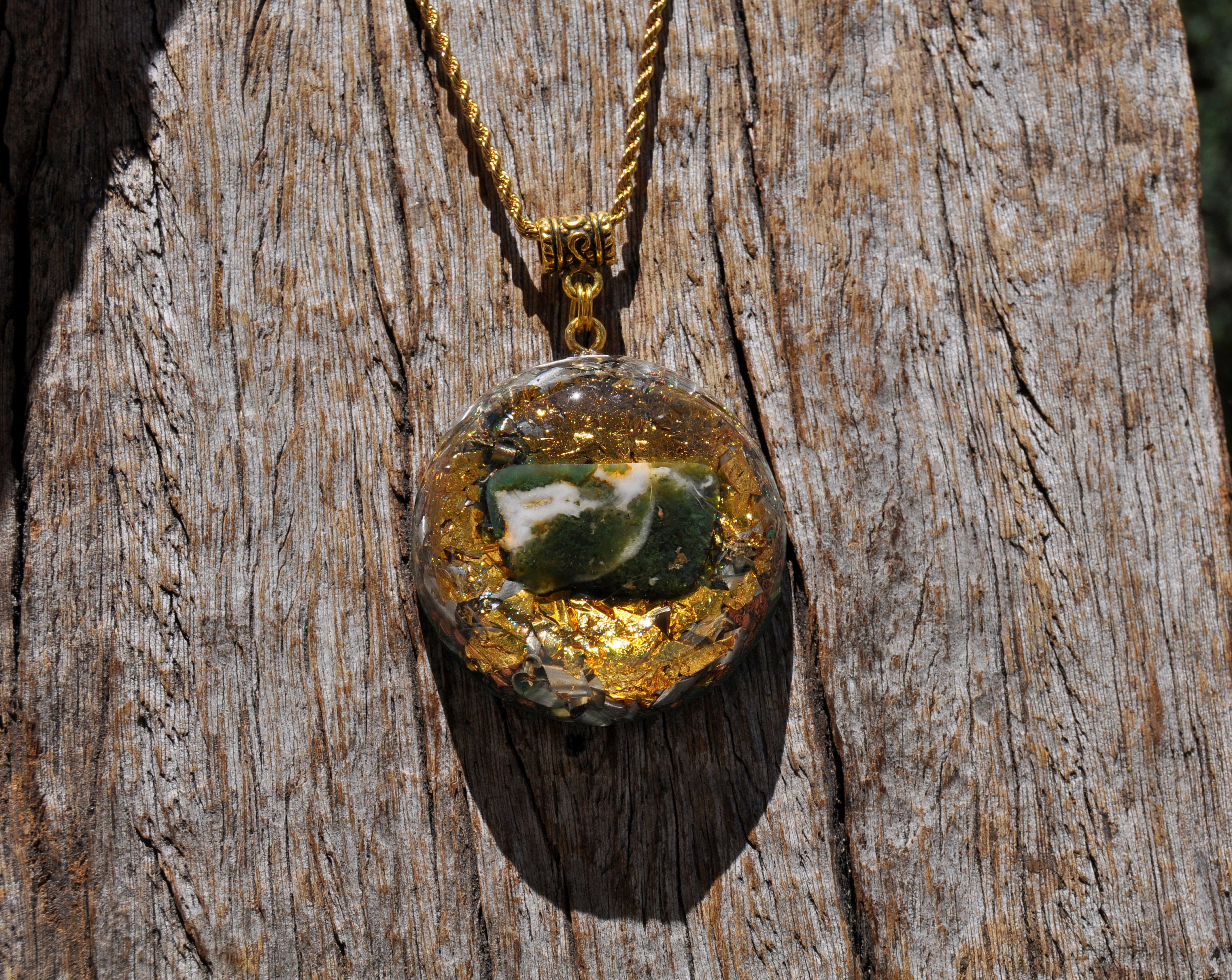 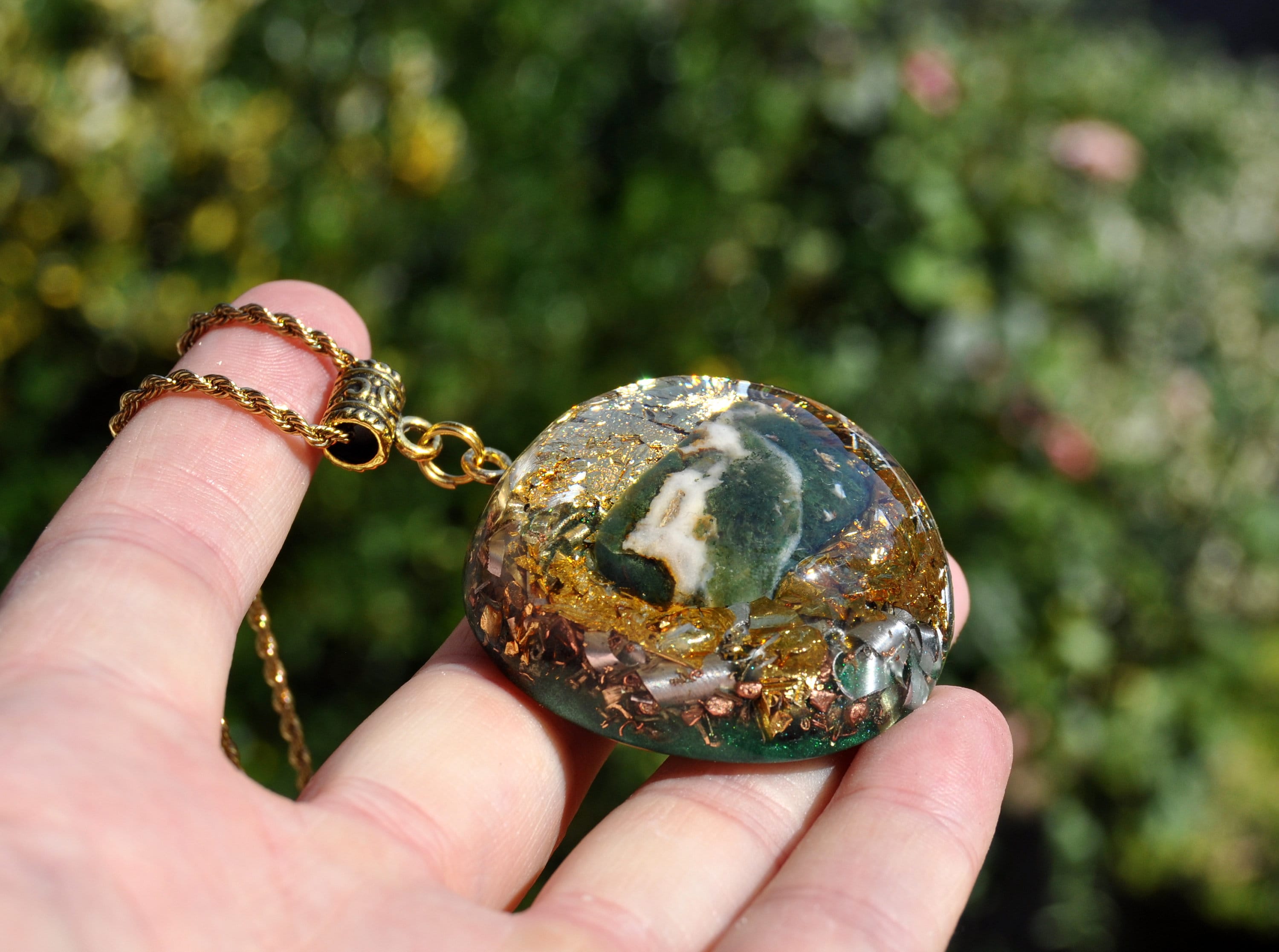 This unique 4.4 cm / 1.73" in diameter pendant is made out of lots of various metal shavings.
The main stone is a lovely Moss Agate which is surrounded with 24k leaf Gold and furthermore it consists of Rose Quartz (self - love), black Tourmaline (to protect and ground excess energy), Elite Shungite (EMF protection), Rhodizite (to amplify the other crystals, Selenite (to cleanse and charge the other crystals), Pyrite (to enhance) and clear quartz (for piezo-electric effect) all within a durable resin setting.