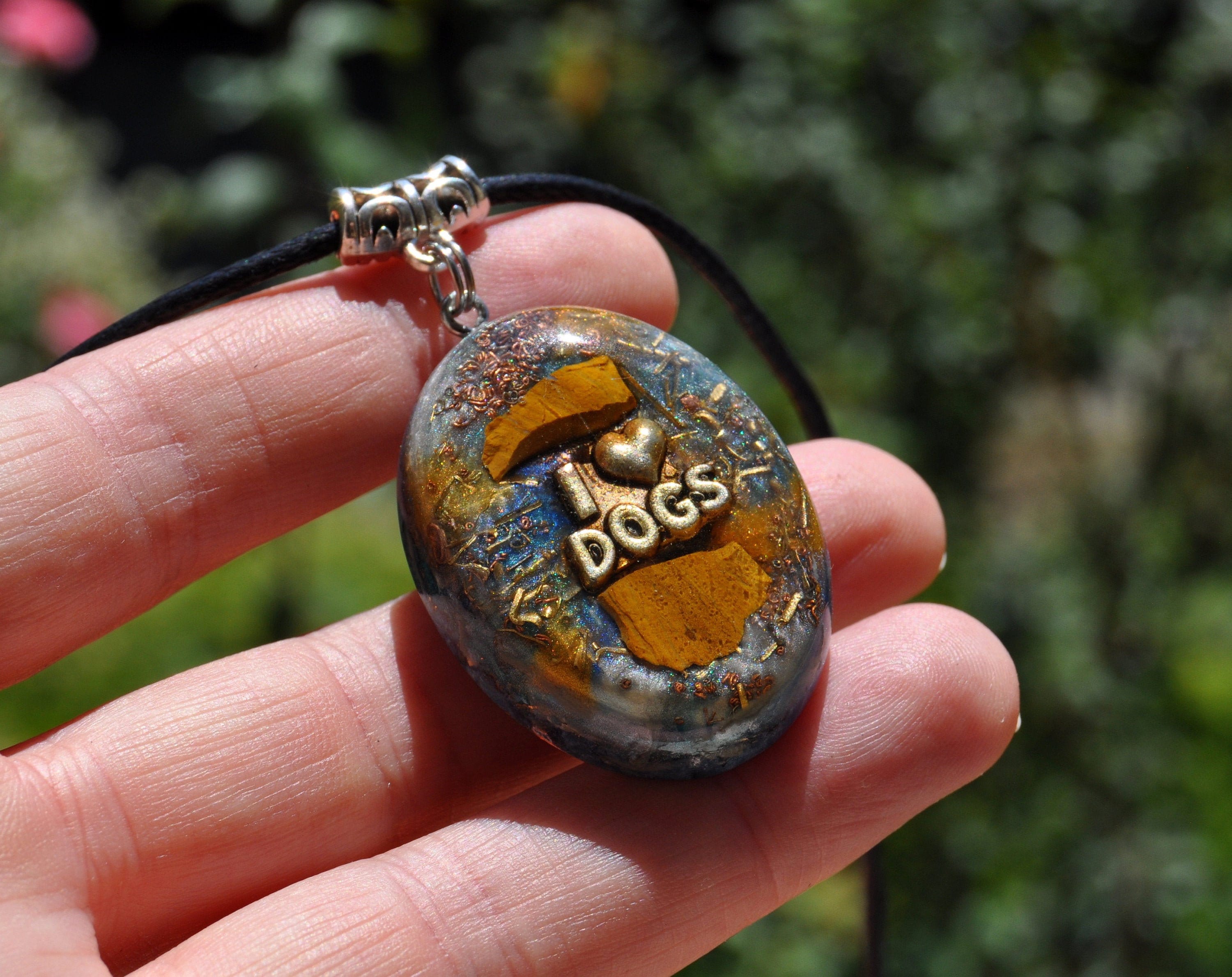 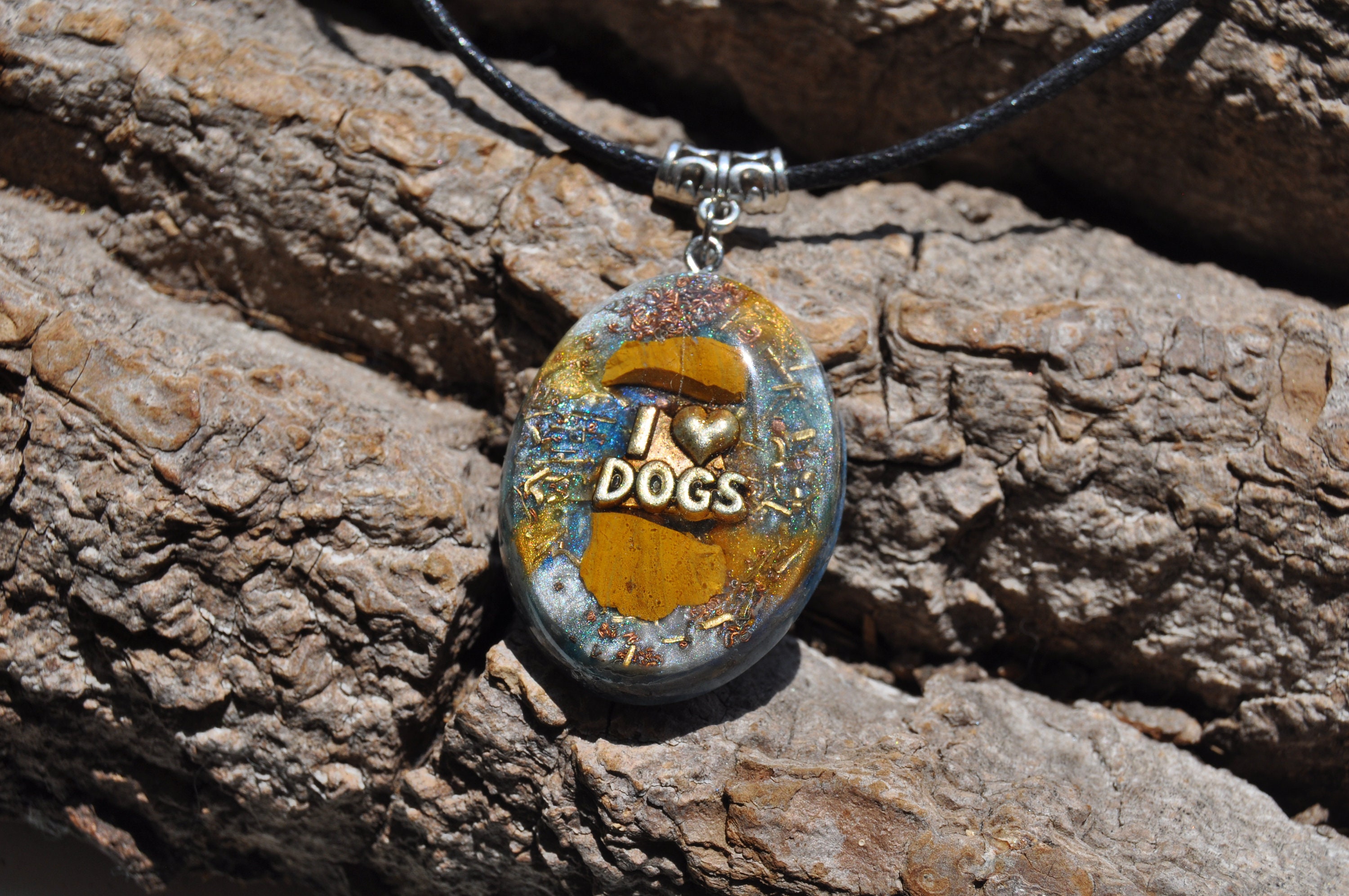 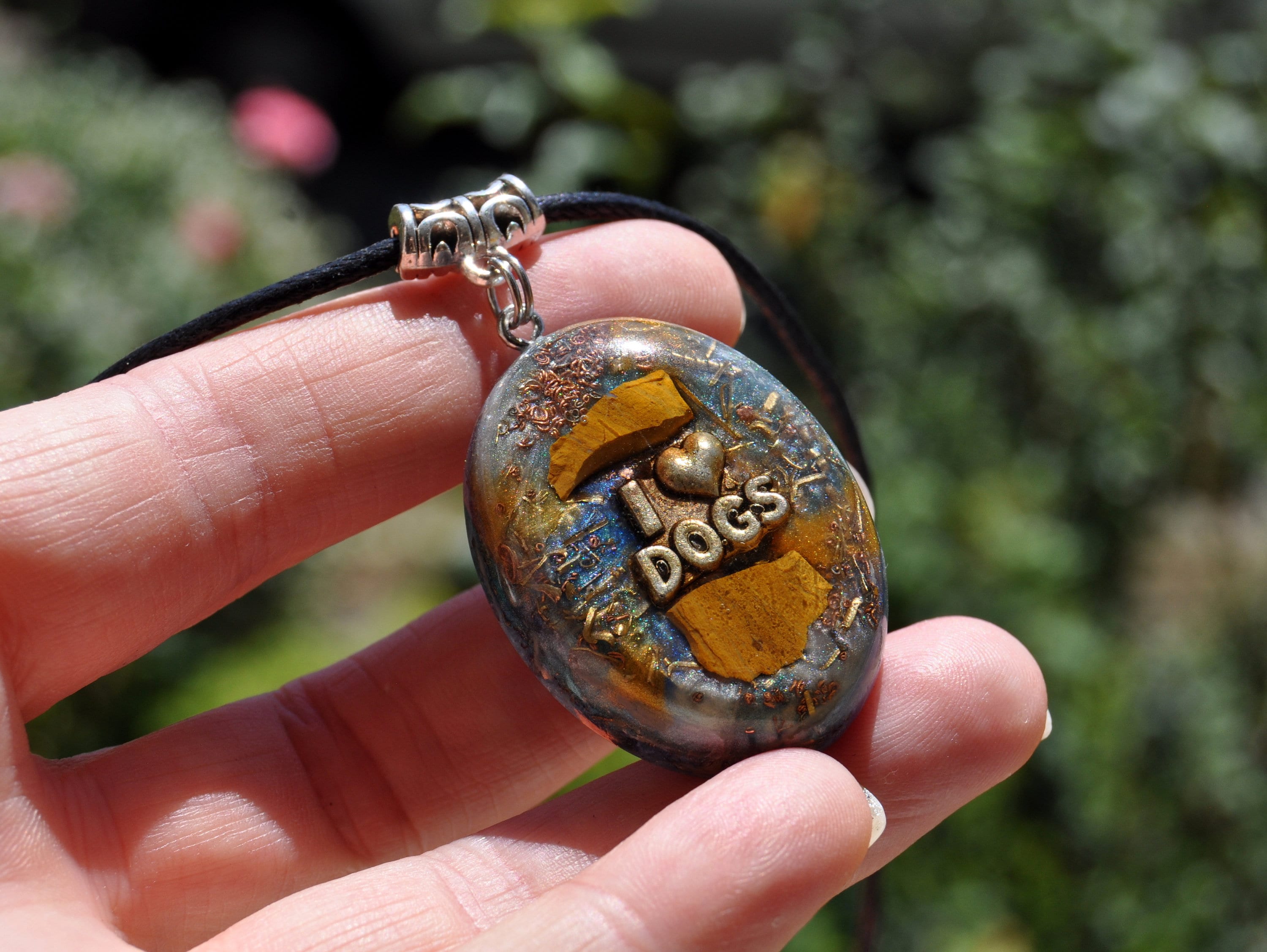 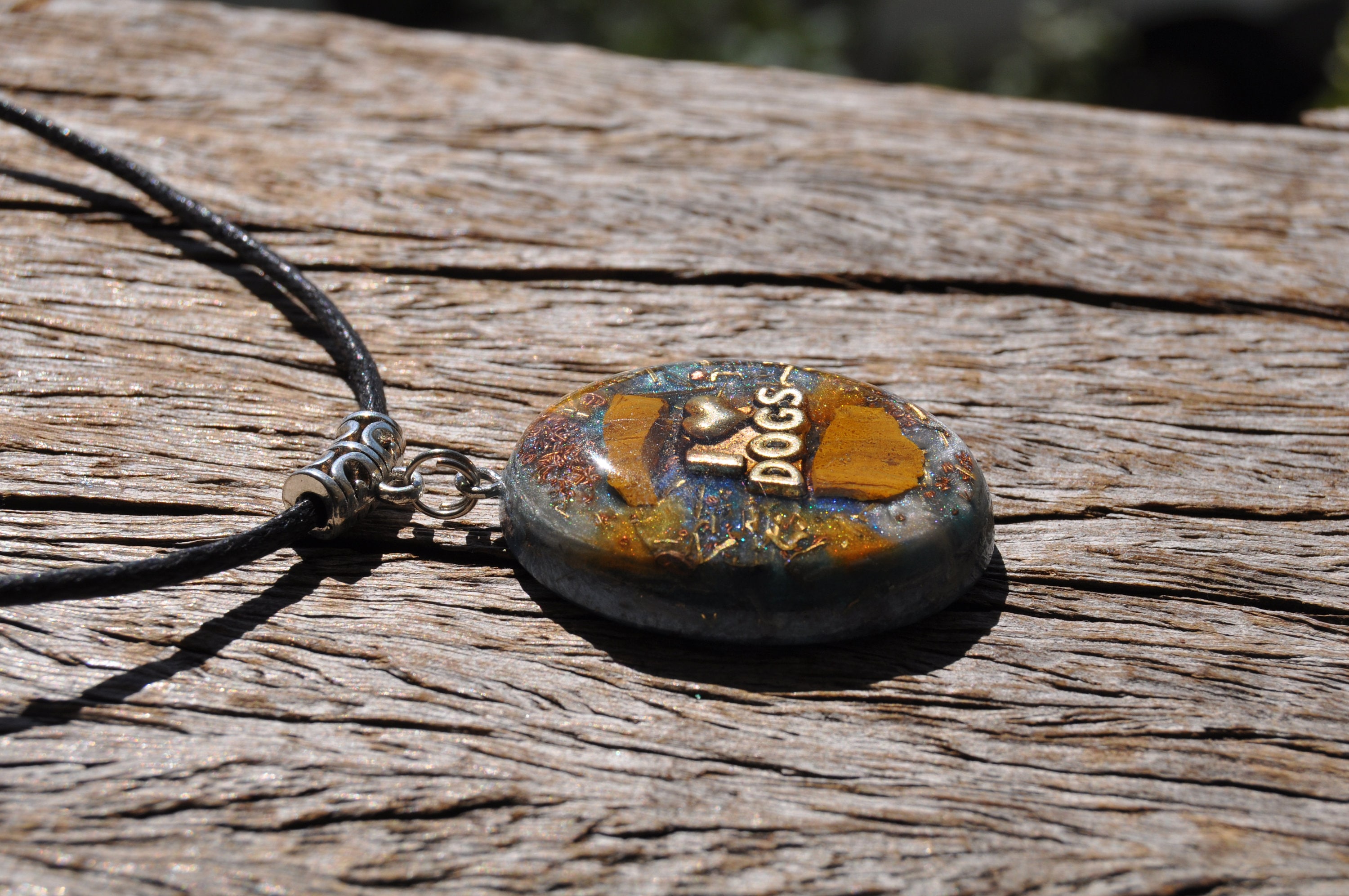 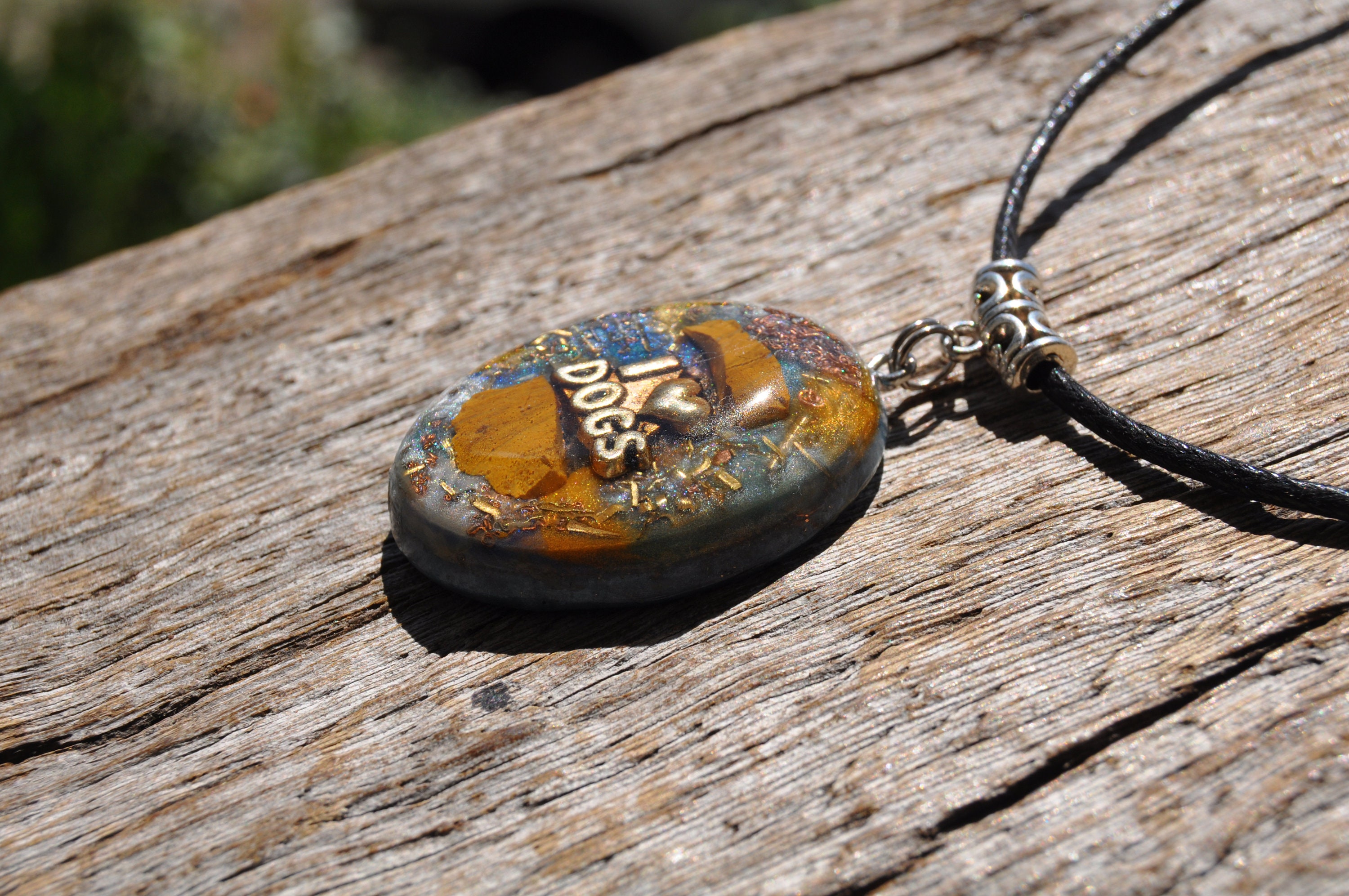 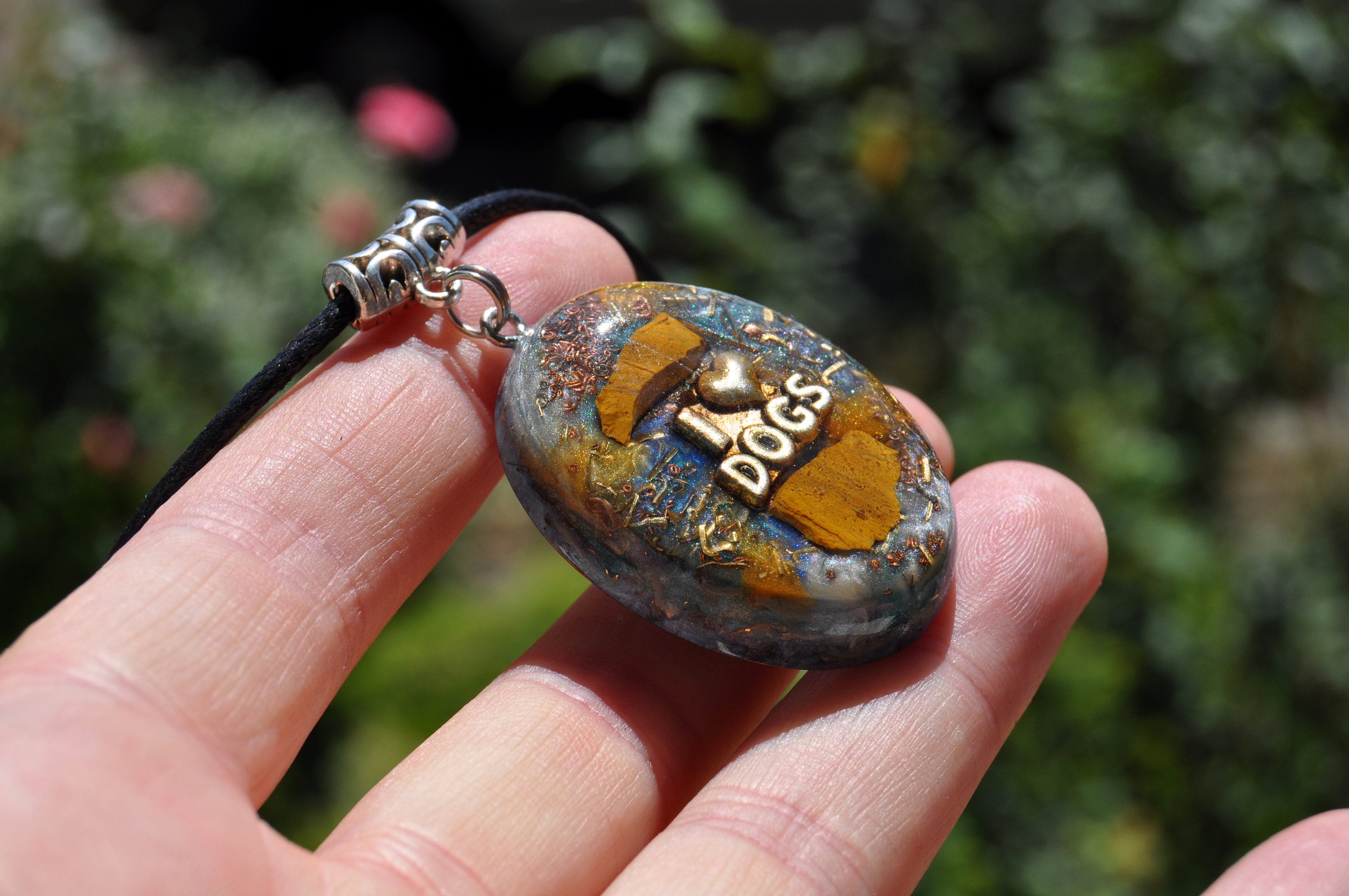 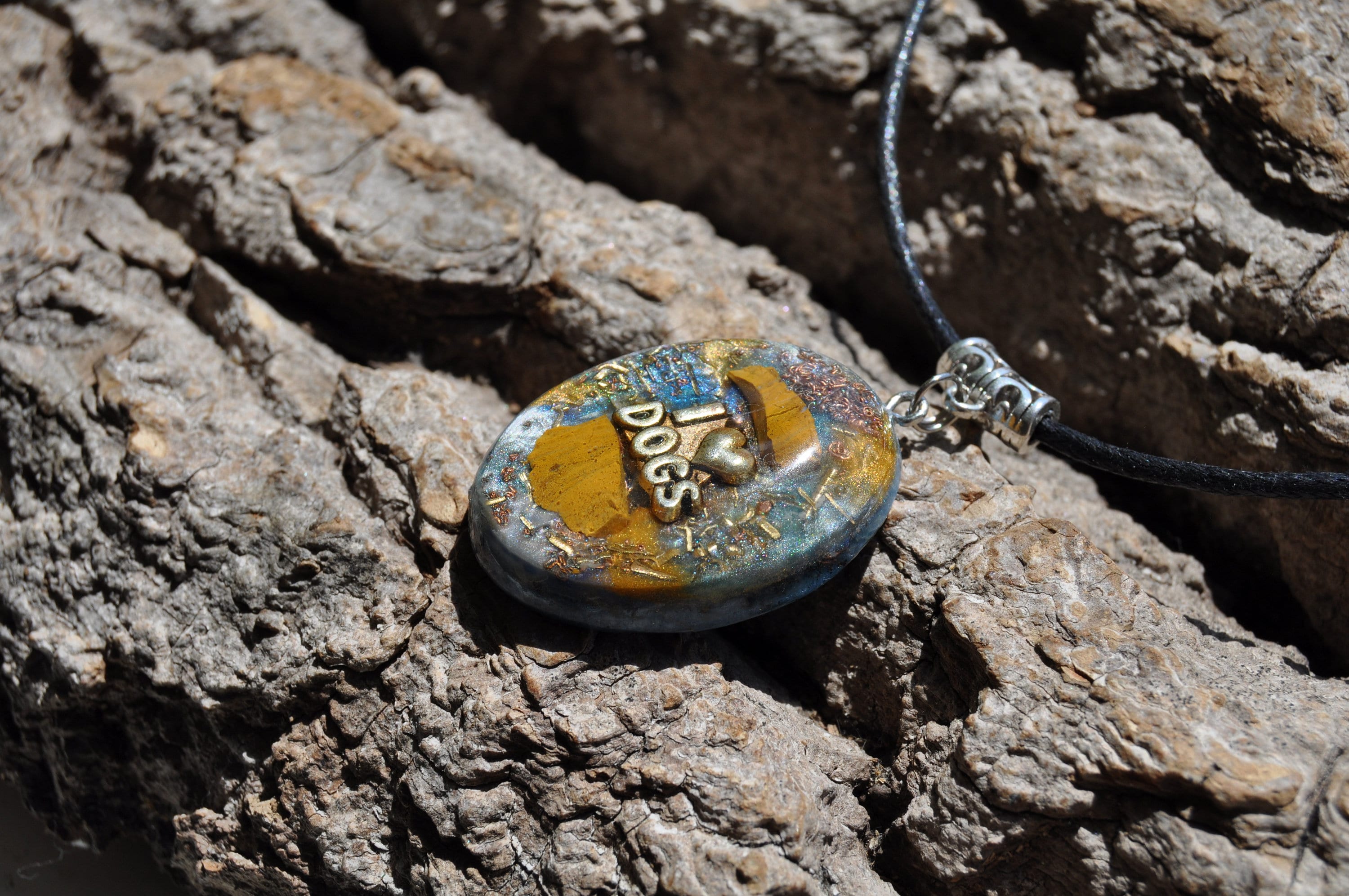 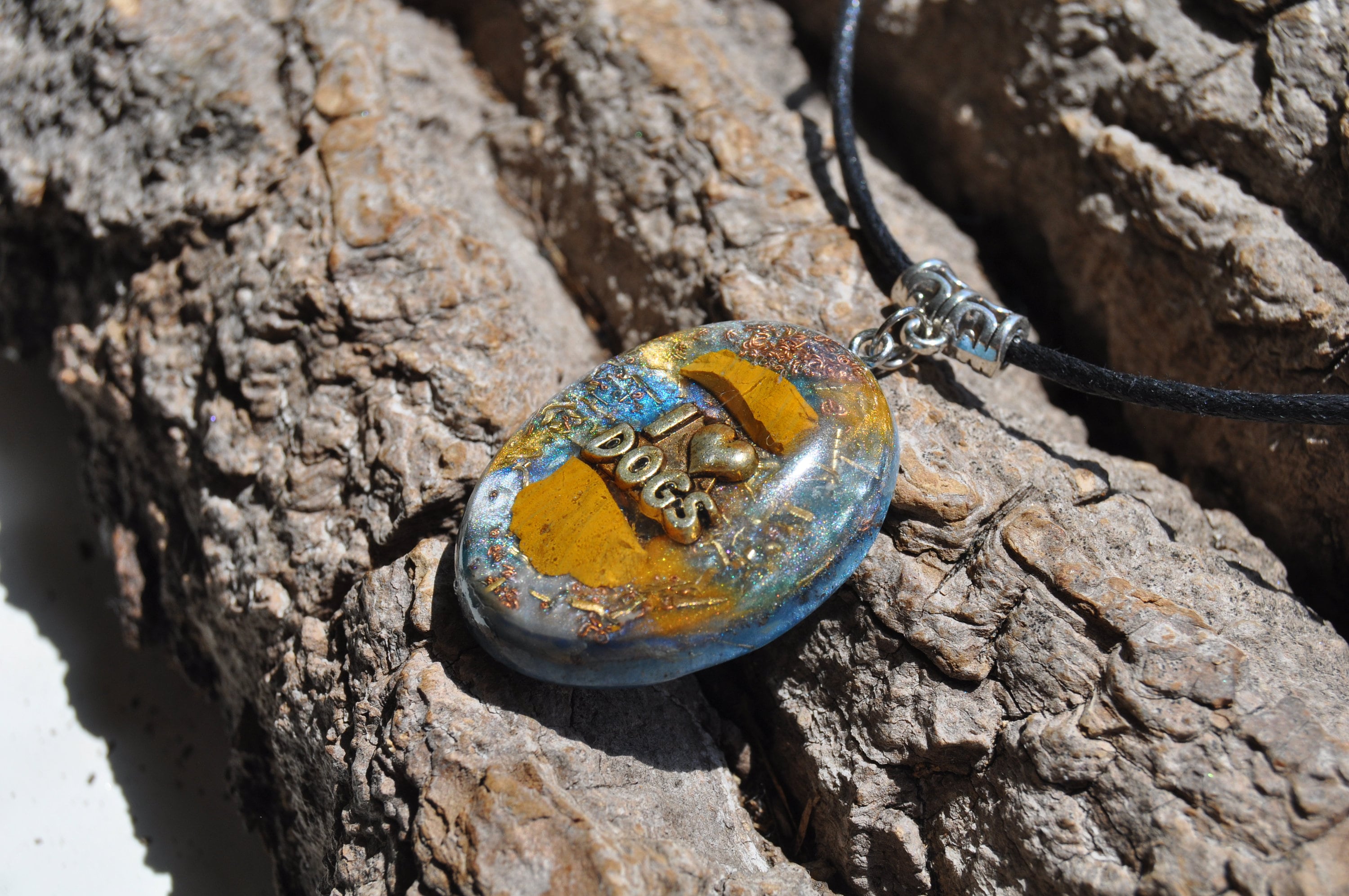 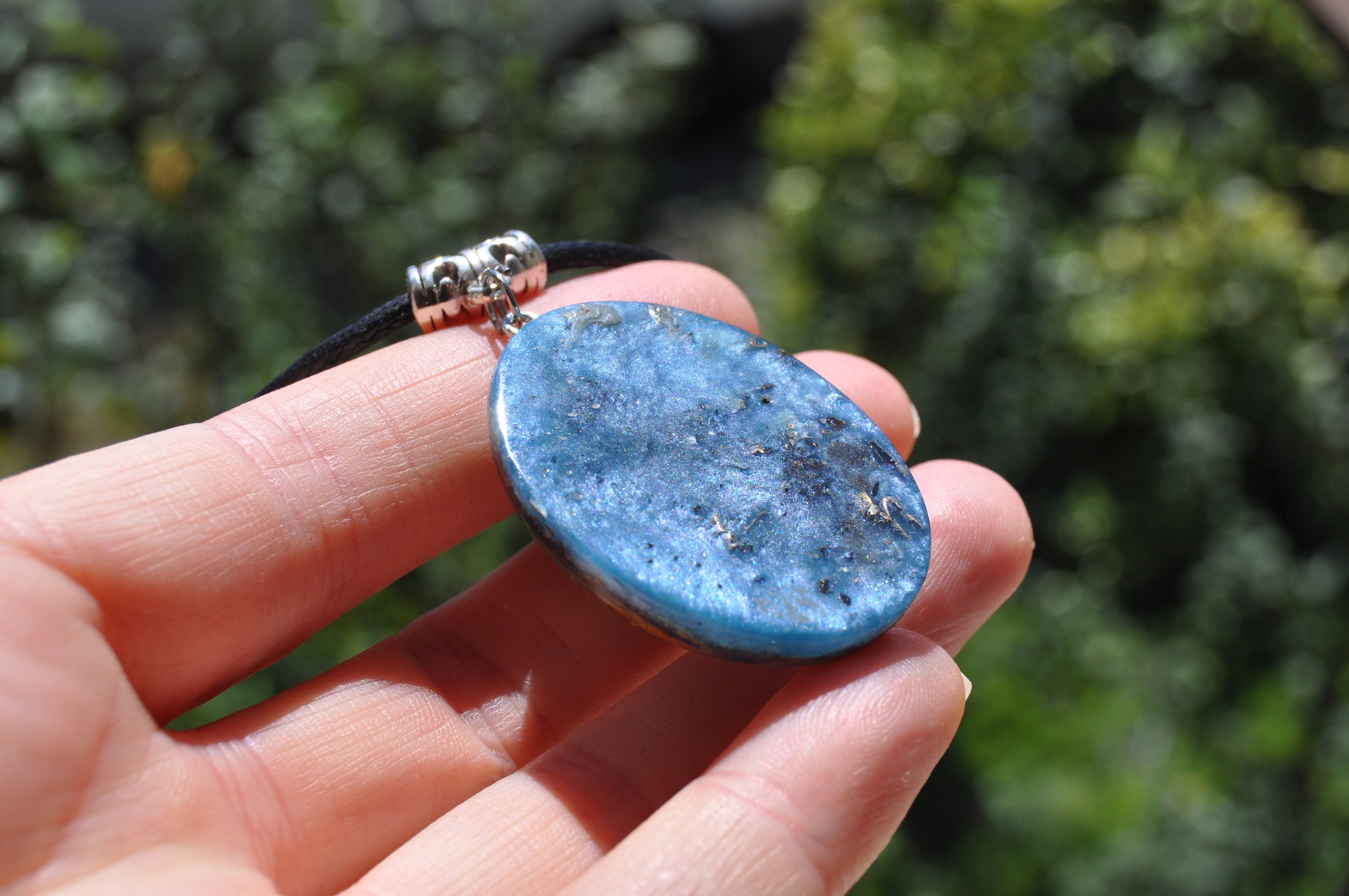 This lovely Orgonite® pendant contains lots of metal shavings and features a lovely Vanidinite crystal in the middle which is surrounded by 24K leaf Gold.

It furthermore contains Pyrite (to enhance), black Tourmaline (to protect and ground excess energy), Rhodizite (to amplify), Elite Shungite (emf protection), Selenite (to clean and charge other crystals), clear quartz (for piezo electric effect) all within a durable resin setting.